I must say that I’m damn proud to live in New Mexico and I had no idea that such an awesome network of makers are blossoming here. We’ve looked at Moné’s operations down in Silver City, Baphomet Bicycles, checked in with Farewell Bags, looked at the framebag offerings from Buckhorn Bags, and today we’re featuring two local companies, starting with Evergreen Stitchworks and O’Leary Built Bikes, so let’s get to it. Amy makes Evergreen Stitchworks bags in her home here in Santa Fe and has a few bags for sale at Sincere Cycles. Like a lot of makers just starting out, everything she needs to make bags is at her home. While most of the bags I’ve seen for sale at Sincere Cycles are top-tube-mounted feed bags, she brought a pair of bar end tassels and a sweet new framebag that she just made for her boyfriend Grant… 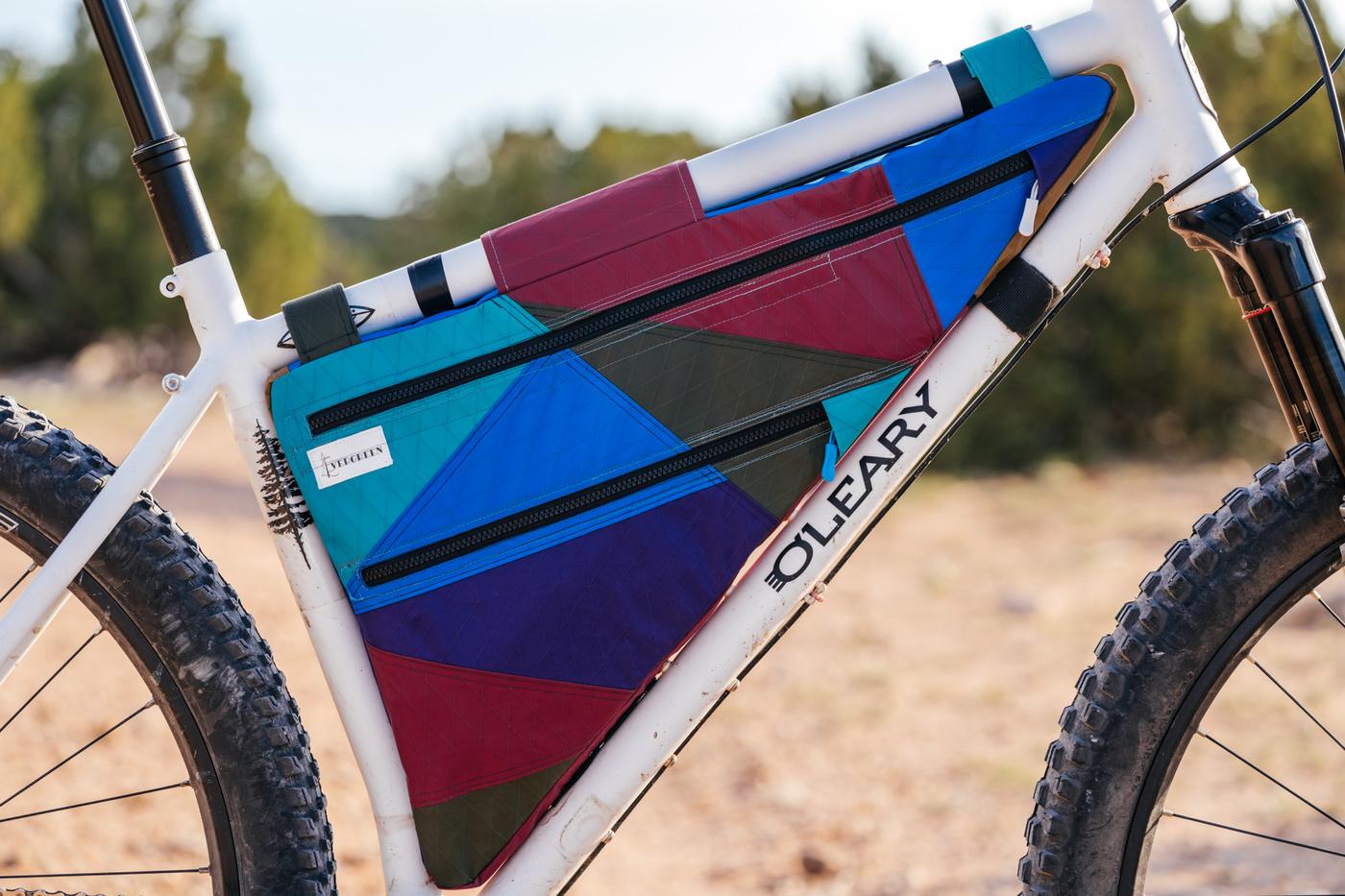 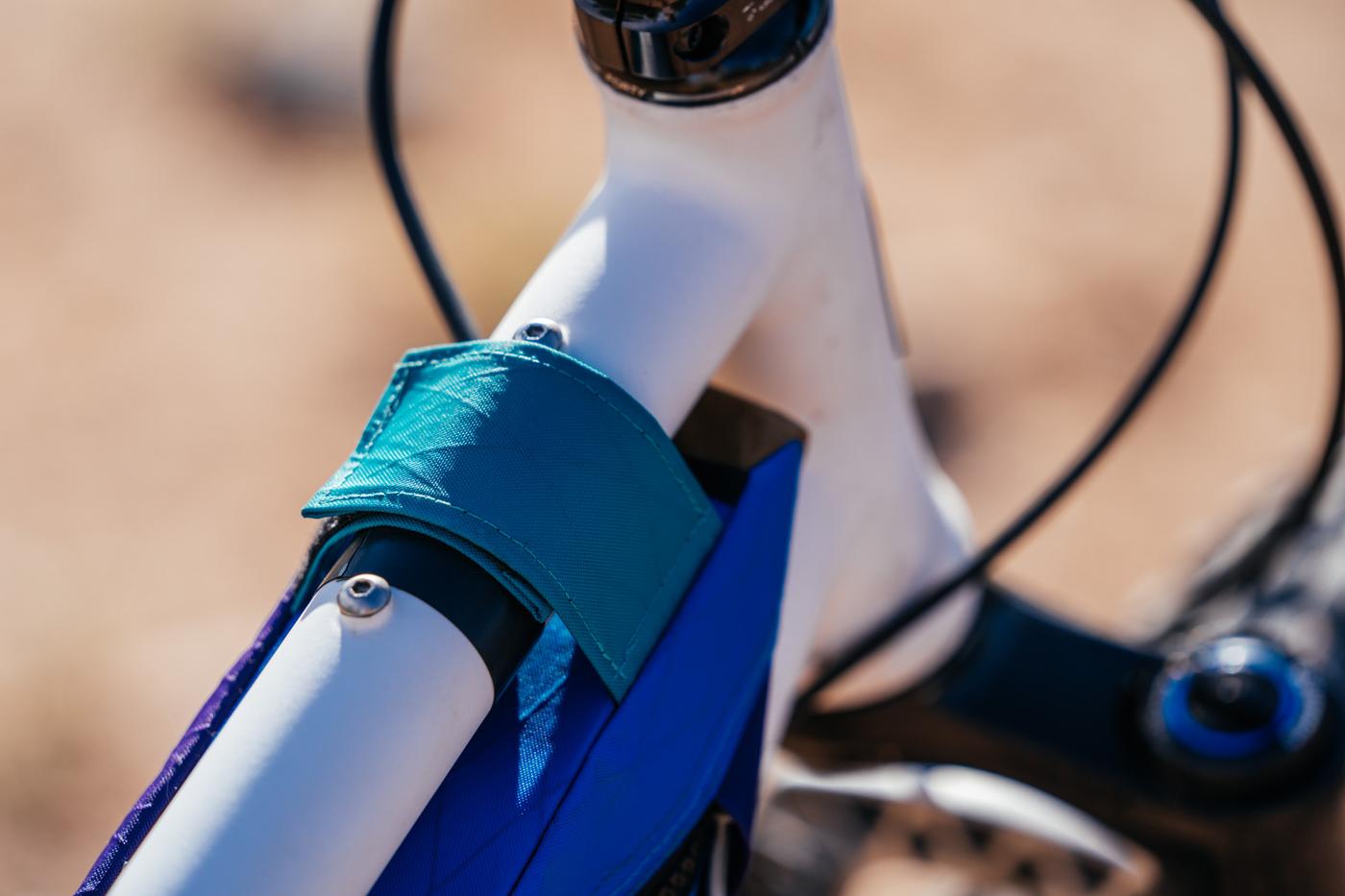 What I love about this bike are the assortment of colors and the nice, tight fit. The detail that sets it over the top is the colored – turquoise, naturally – strap at the head tube cluster. Part of the fun of owning a custom bike is fitting it out with custom bags and Grant’s hardtail looks even more legit now with this bit of accutremont. O’Leary is a local builder here in Santa Fe and he’s a bit of a living legend. While his business is primarily focused on powder coating, O’Leary does build custom bikes. Most of which I’ve seen around town are road/touring/gravel but some mountain bikes have popped up, including Grant’s. 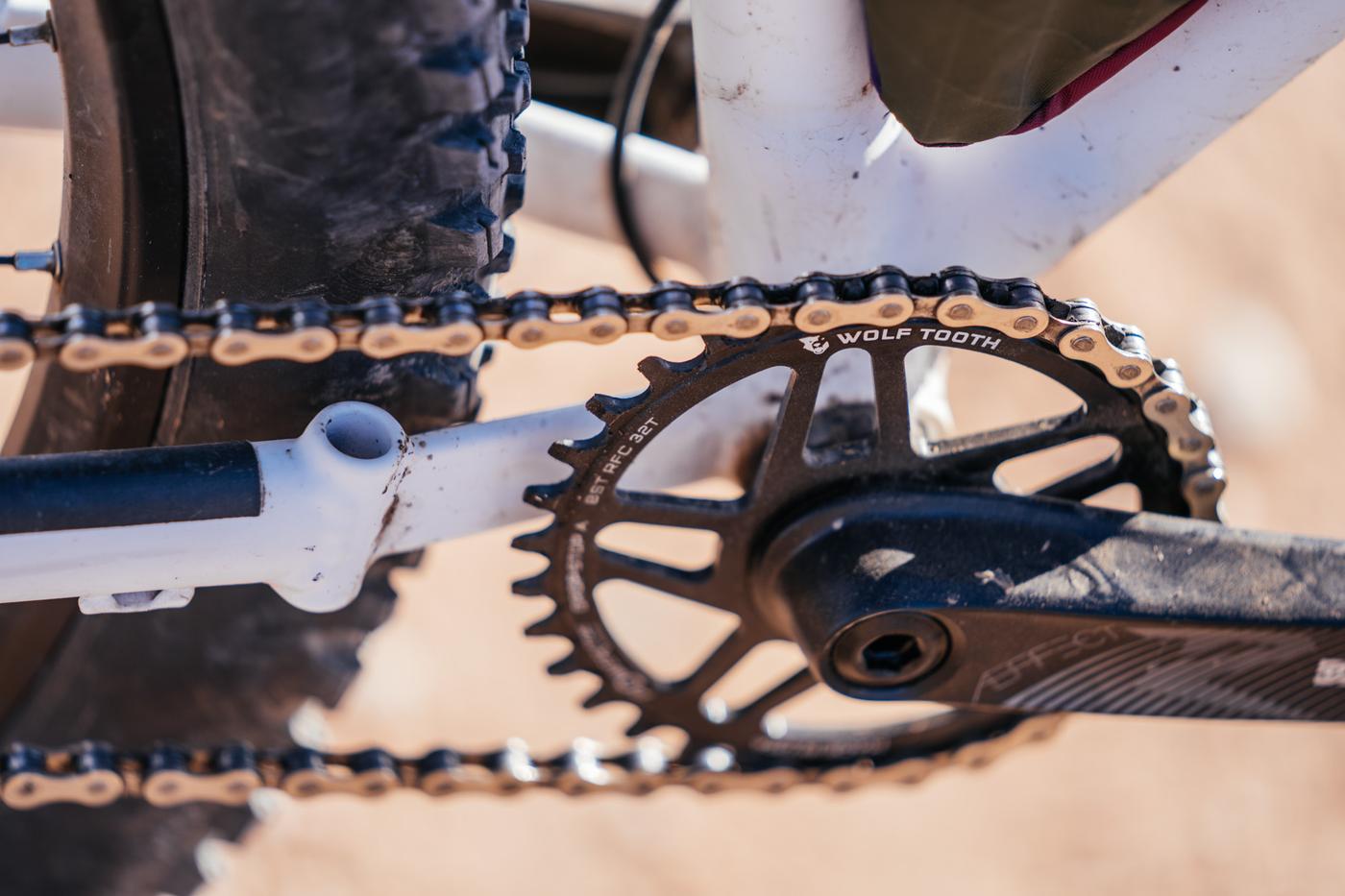 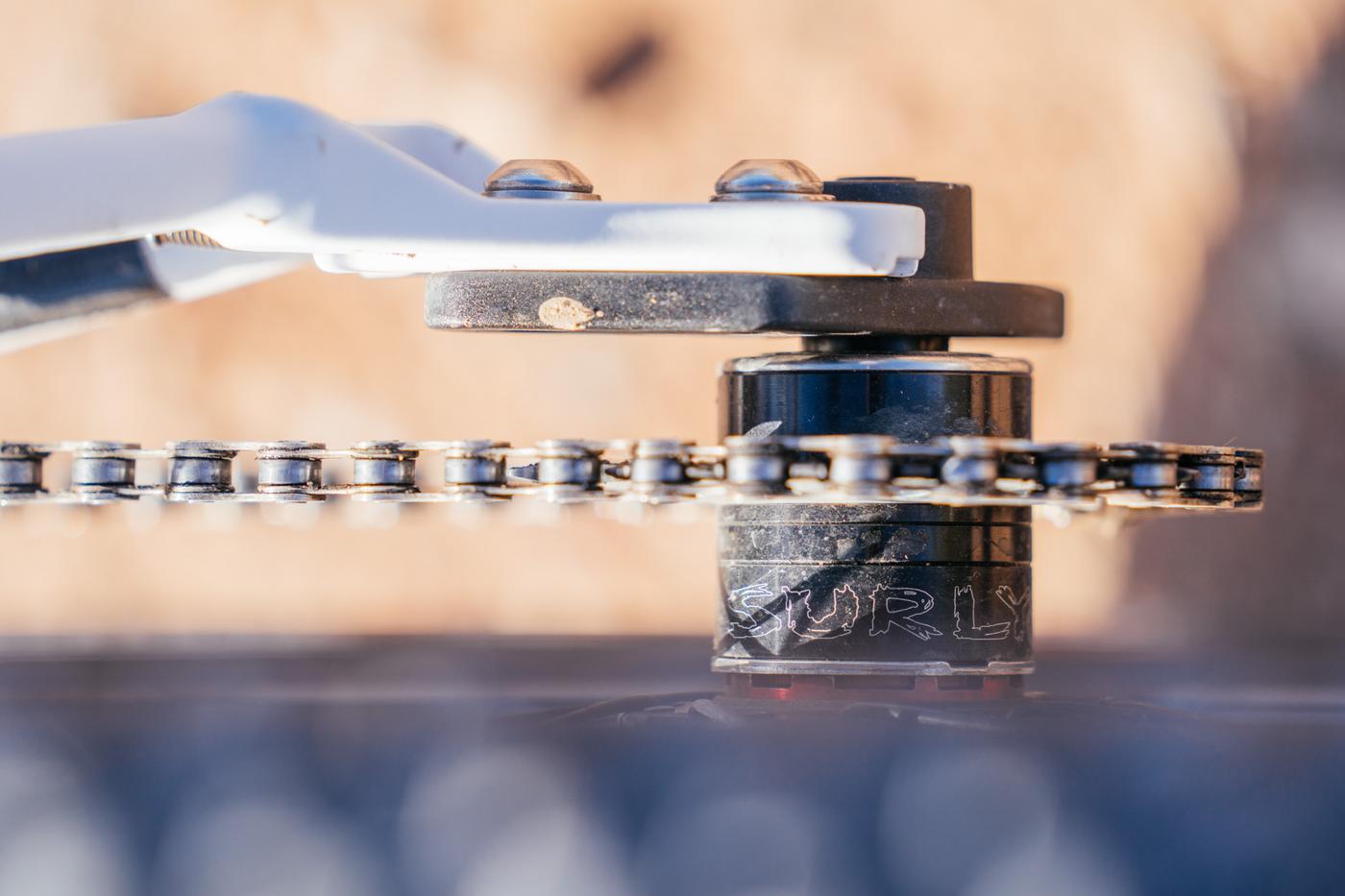 His modern hardtail has some nice detailing, including the beautiful chainstay yoke, extra rack mounts for a lightweight dry bag support Grant had him made, and some sliding dropouts, making singlespeed riding a cinch. 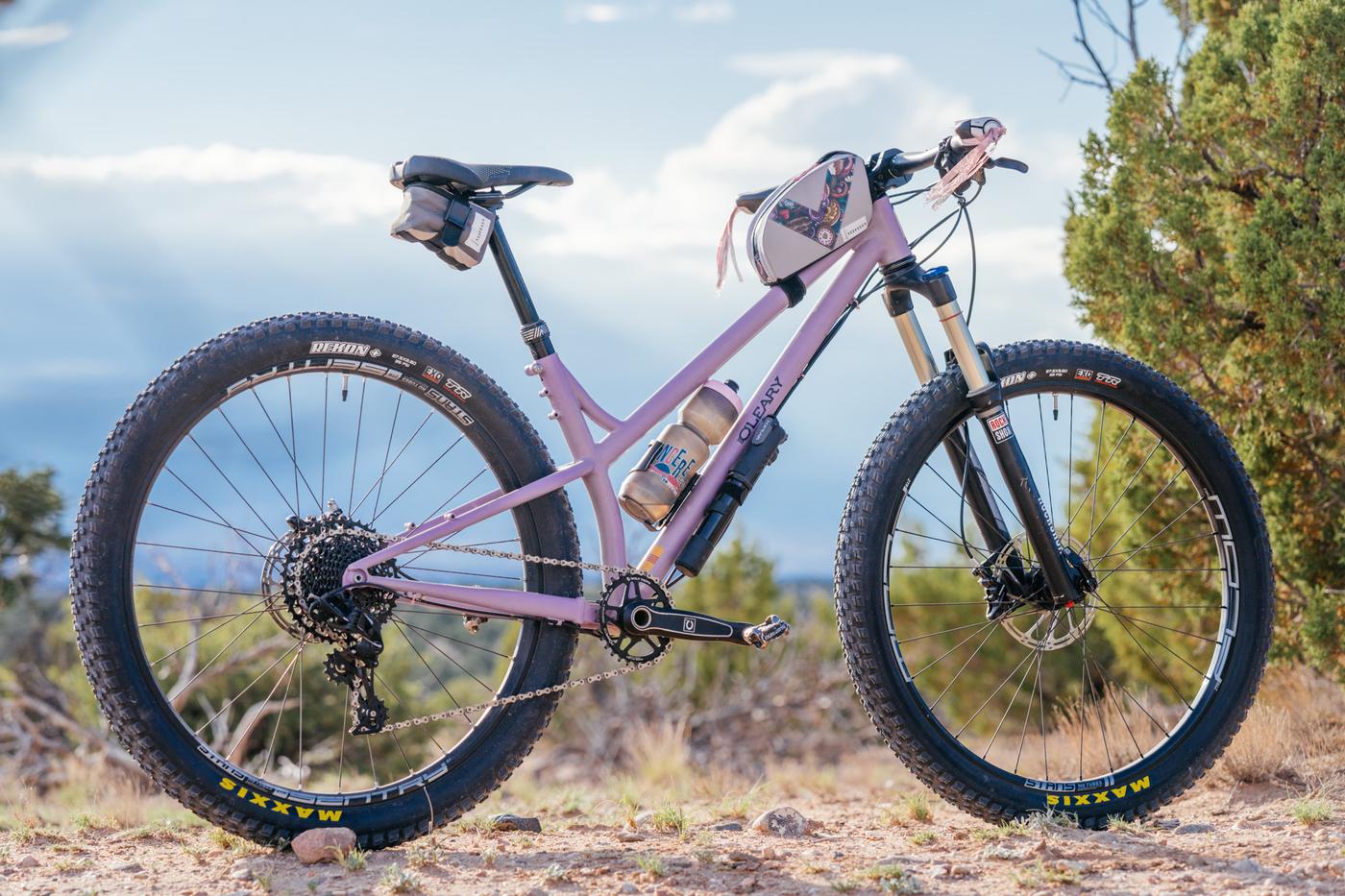 There’s an old saying in the framebuilding world and it goes something like “a builder’s real abilities are showcased in both very small and very large frames.” Maintaining proportions, functionality, and your client’s wishes are three balls that can be difficult to juggle. For instance, Amy wanted a lot of standover space, just enough room in the front triangle to hold a large bottle, a modern-ish geometry, rack mounts, and the ability to fit a big, chonky tire. 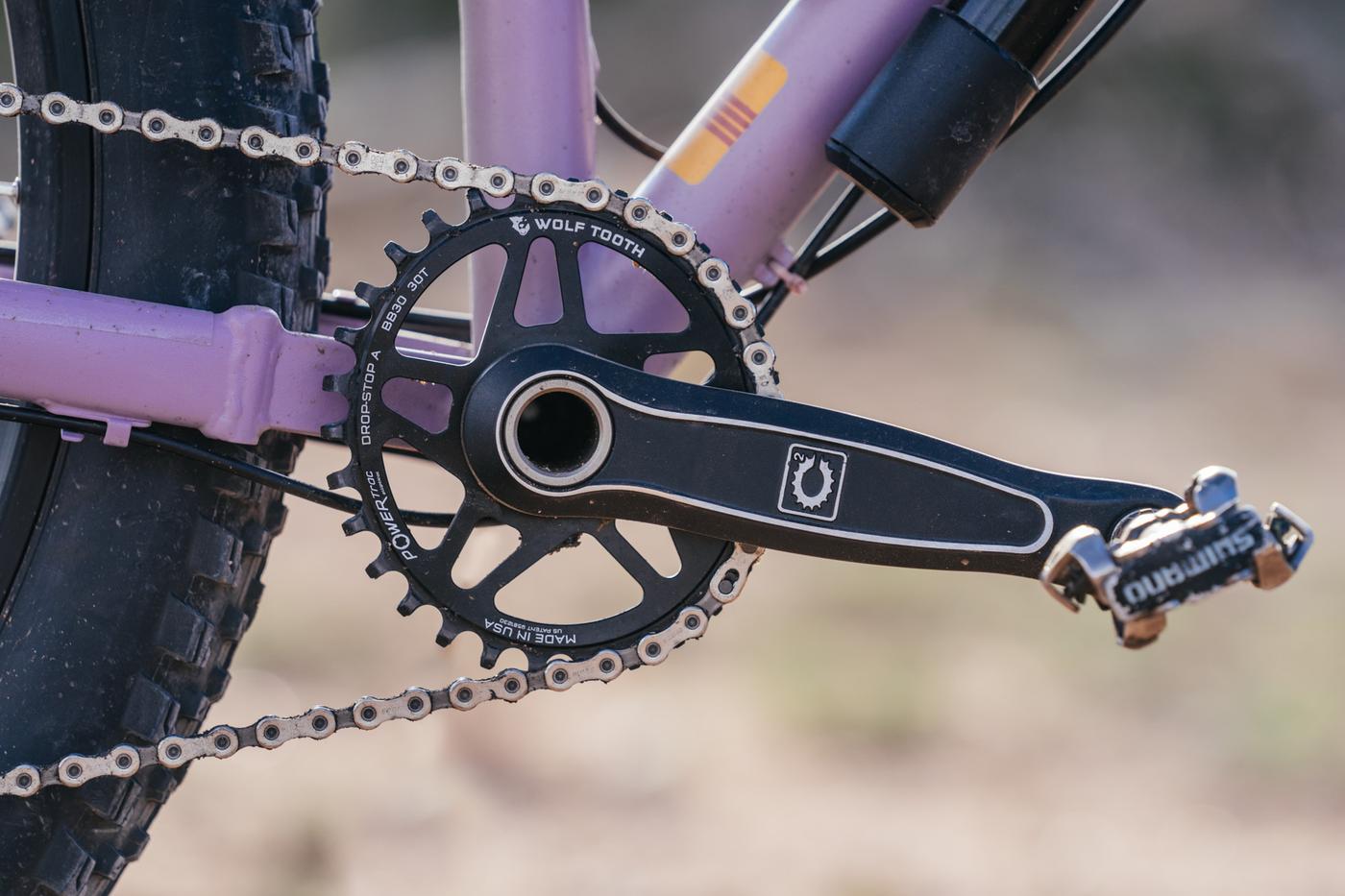 The chainstay yoke is a single plate, welded to the drive-side chainstay, unlike Grant’s bike which has double plates. Those Canfield Bikes AM/DH 165mm Cranks are perfect for Amy’s pedal stroke. 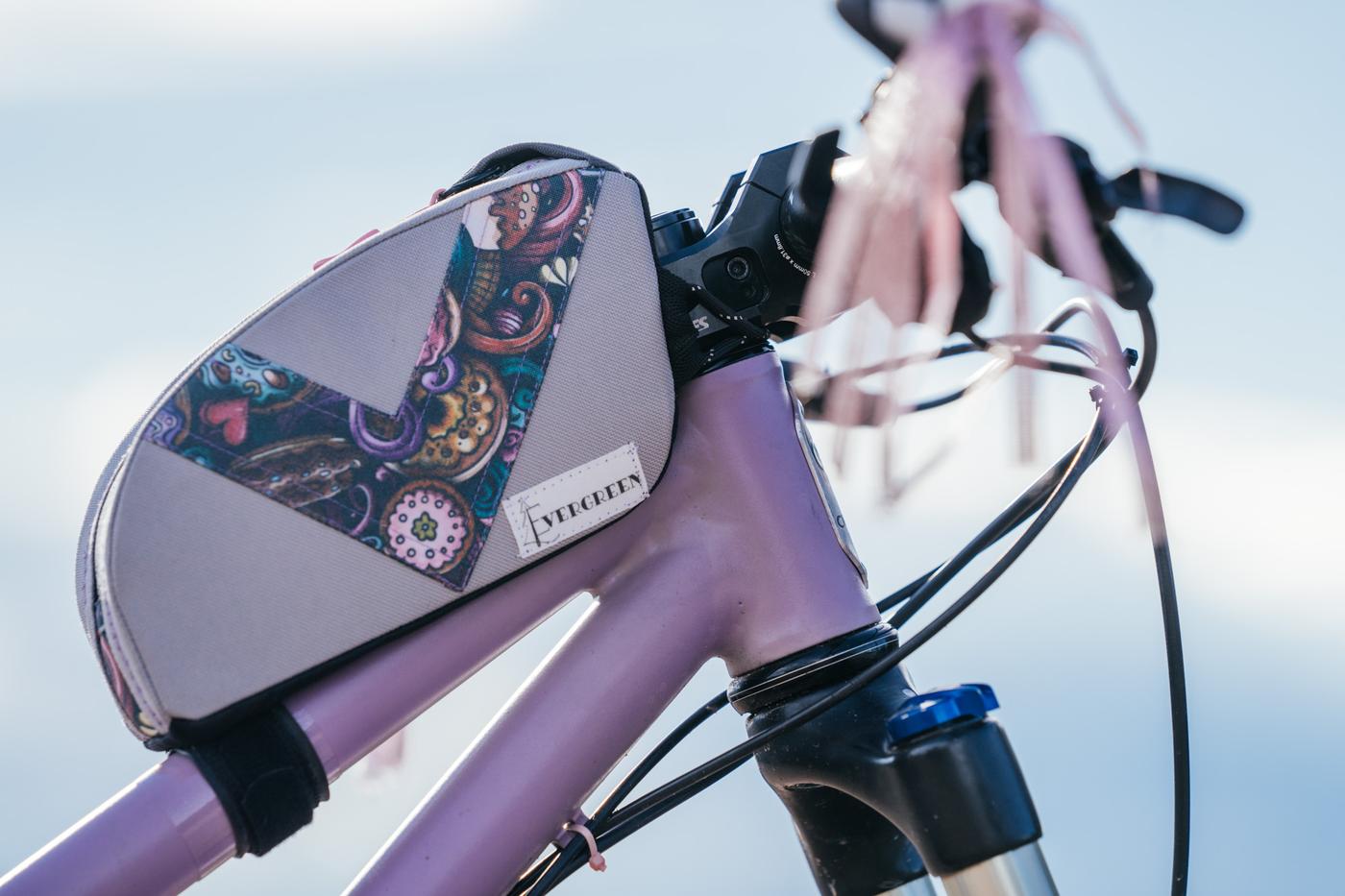 Naturally, her bags match her frame! 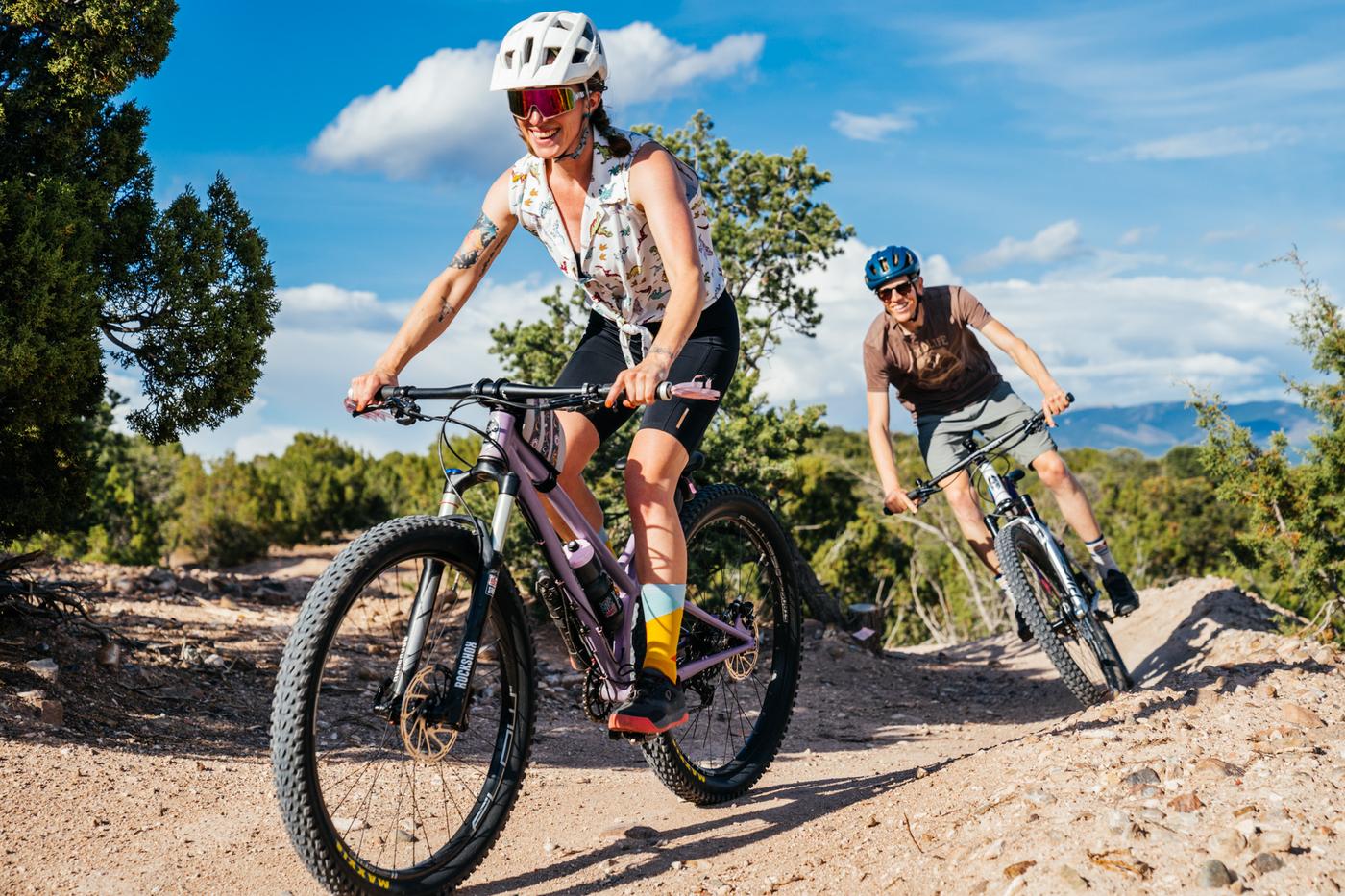 Compared to her last bike, she says this build just ups the ante in terms of confidence, takes on our local trails with ease, and as you can see is an extension of her bright personality. 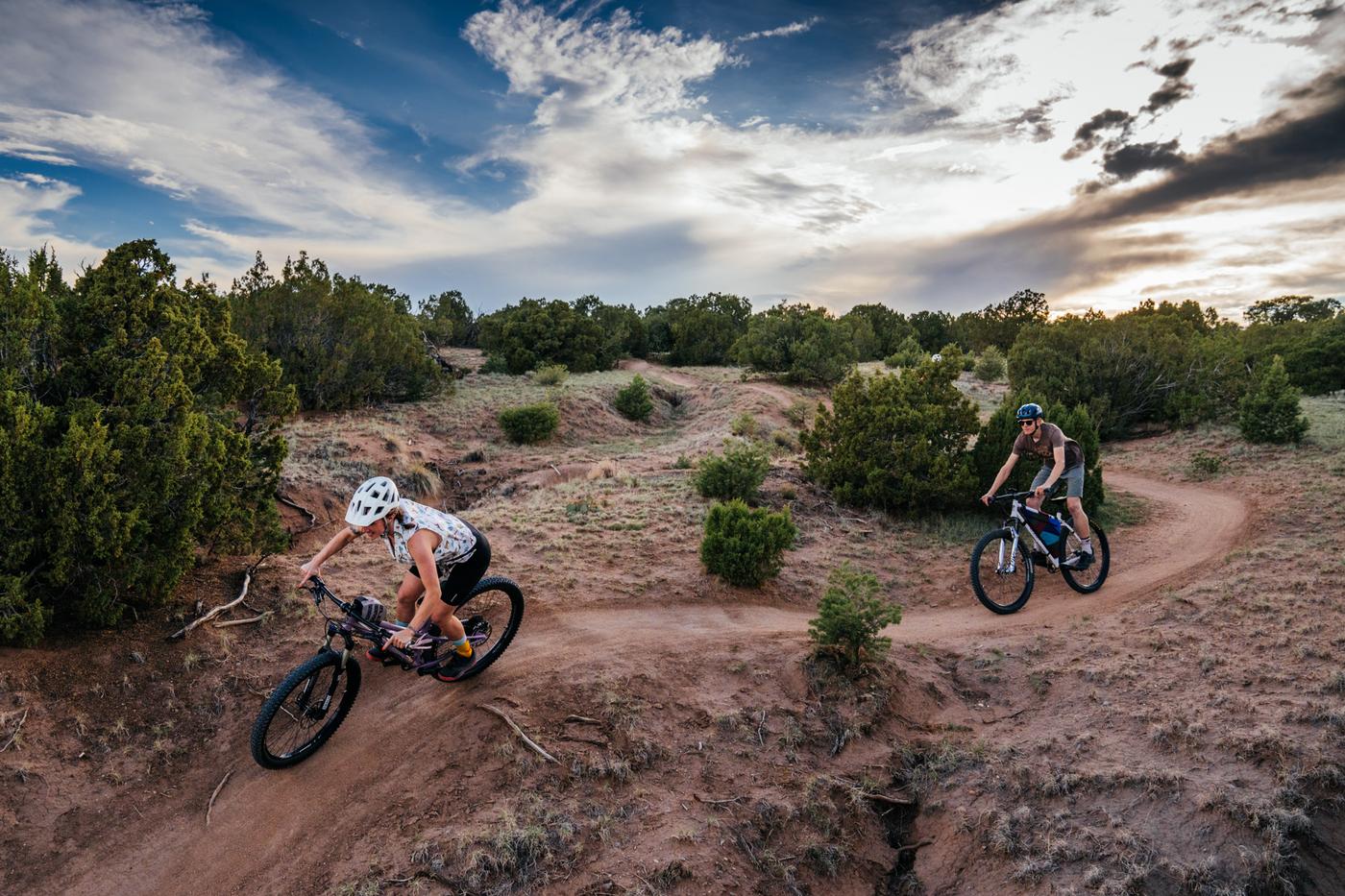 It was a blast chasing these two around La Tiera, seeing their bikes in action, and as always, it was a pleasure to document more of our local maker community. Although, in a week or so, Amy and Grant are moving to Vancouver where Grant is starting his PHD… I hope to see them making the rounds with our friends up in Vancouver.

Got any questions? I’ll do my best to address them in the comments! Thanks to Amy and Grant for being such champs and bon courage you two!