Spain’s Galician coast is extensive, beautiful, wild, abundant and it is feared for its mightiness since  ancient times. The Atlantic Ocean beats the Galician cliffs and rocks with a fascinating strength.  Fishermen and their families are in close contact with this Ocean’s powerful force. The potent  waves often attempt to drag nightmares into these shores, but the coastline is dotted with lights of  hope. One lighthouse after another sends signals to sailors and fishermen alike, these are the  large torches that illuminate the way back to terra firma. 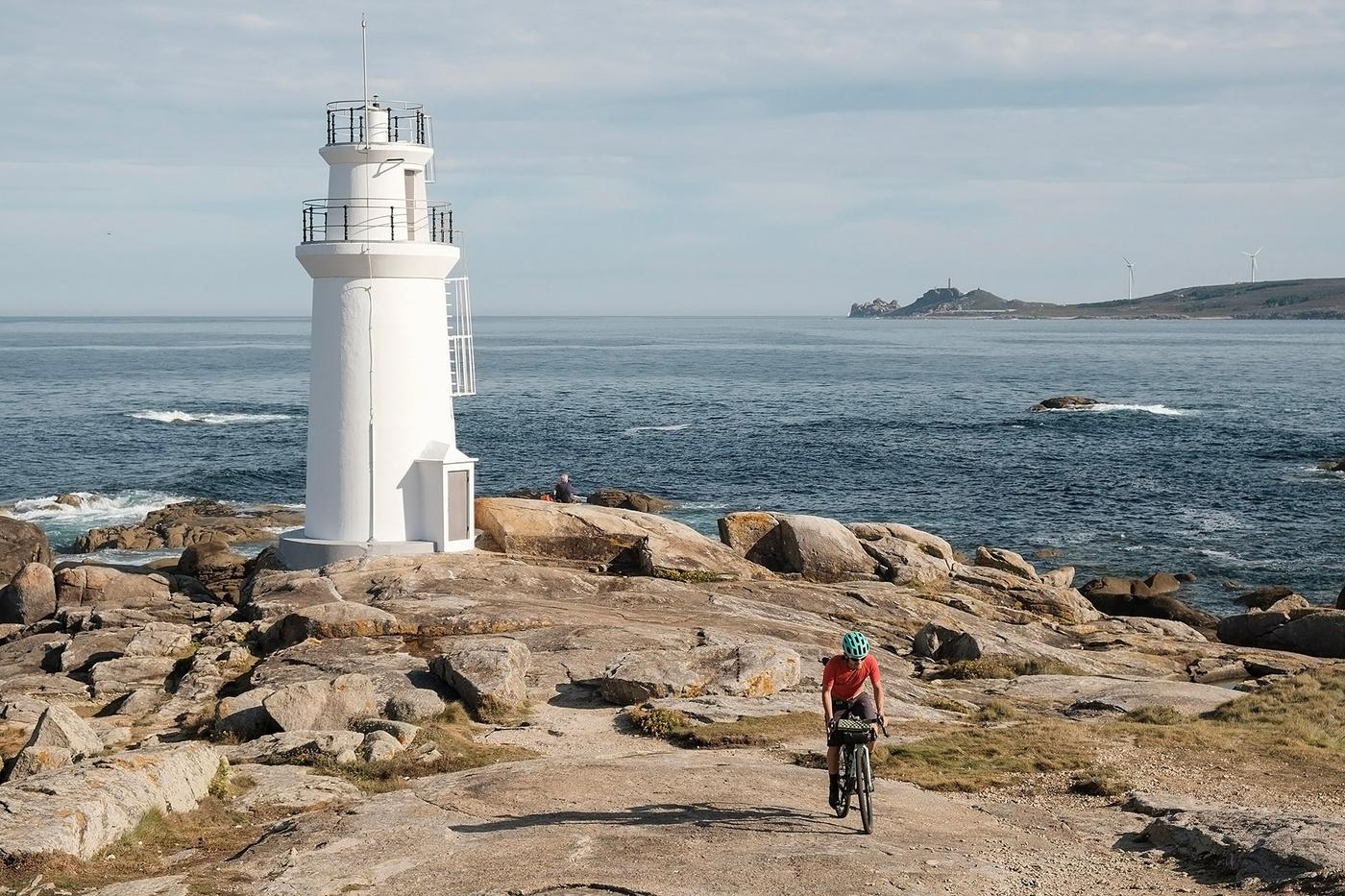 Lighthouses are magnetic constructions, they have an air of mysticism that fascinates me. Perhaps, this is because I had been brought up inland, and they have never been part of my habitual landscape. Over twenty years ago, a childhood friend and I talked our parents into granting us permission to travel on our own along the Galician coast, from north to south. It was our first experience of what we now call bikepacking. 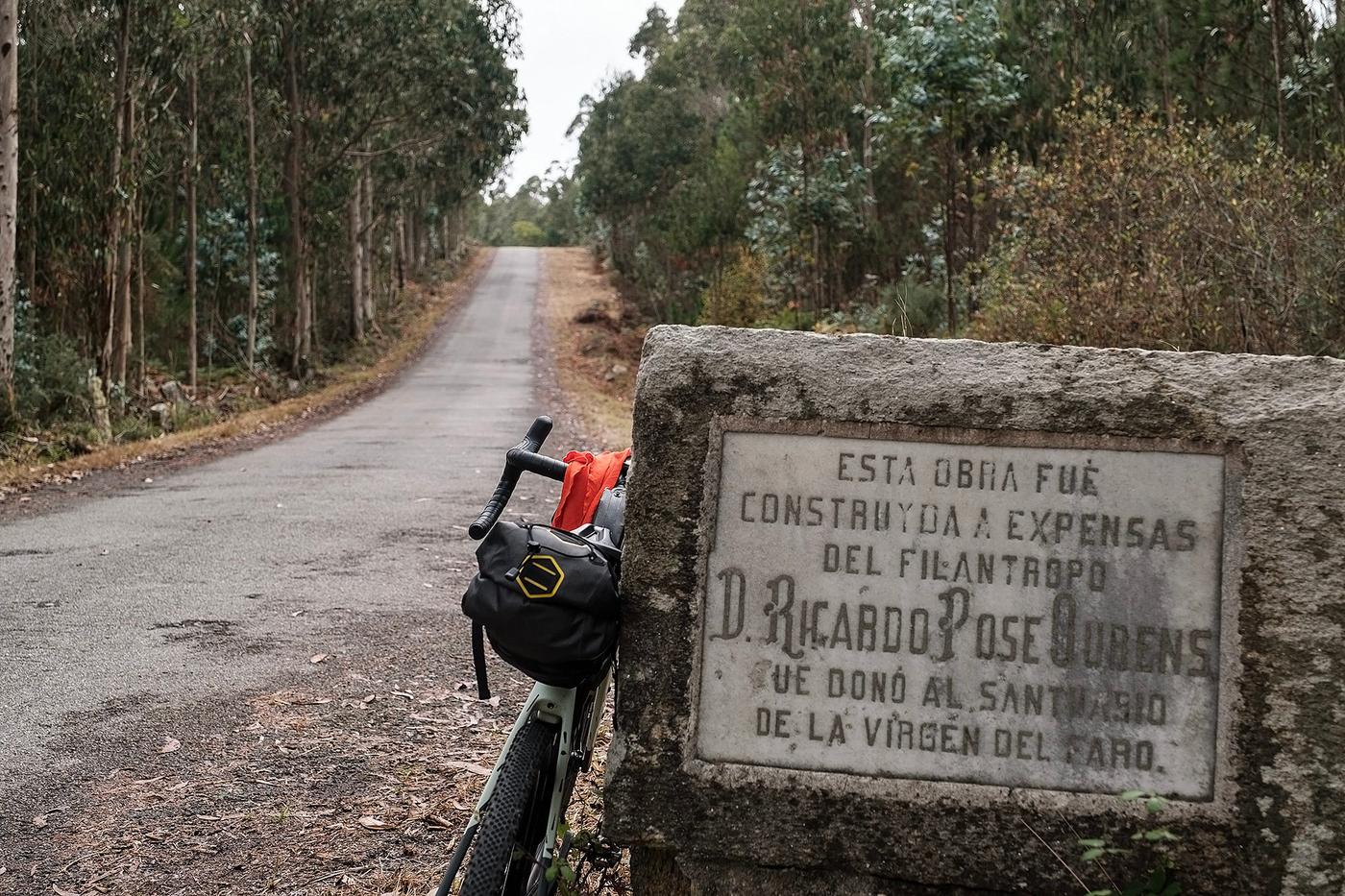 That very first beginner’s trip expanded our borders as cyclists and our bicycles amplified our concept of freedom. Back then, we dreamt of a bigger route, but our inexperience, youth, and exhaustion lead us to take a much smaller trip. The ideal tour along the Atlantic Galician coastline is still a dream to be fulfilled, moreover since I now live by a very different sea, the Mediterranean, but for now, it will have to wait. 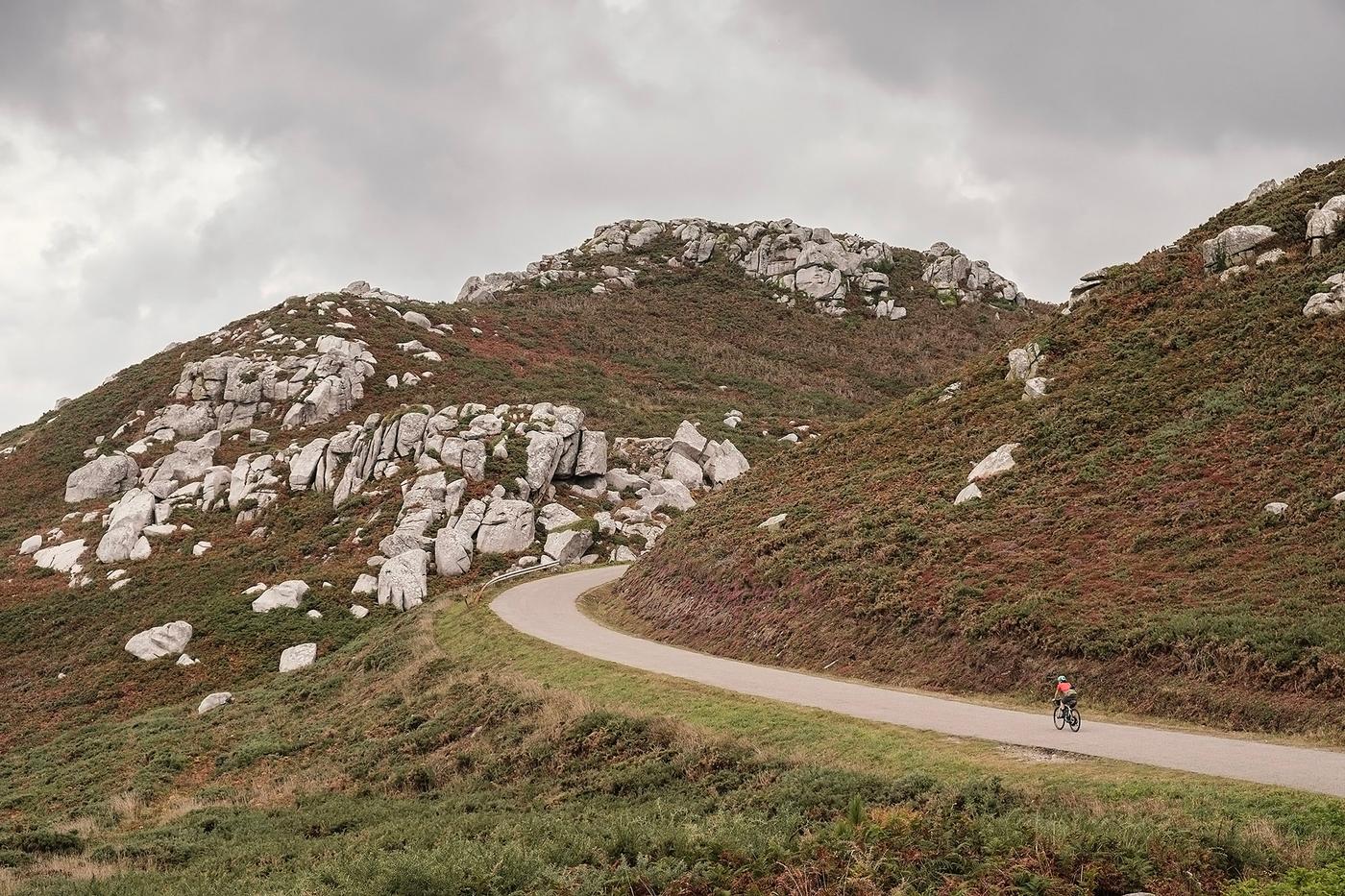 After twenty months of absence due to the pandemic, I finally visited Galicia to see my parents. I took this opportunity to spend three days on my own, on the coast, touring along with the memories of that very first trip and doing some sections of the dream route. Feeling like a child, I pedaled without any rush, absorbing the landscape, its beauty, the people and their traditions. I rested by the lighthouses and relished on the permanent contact with the sea; a sea that I don’t know, yet it feels  familiar. 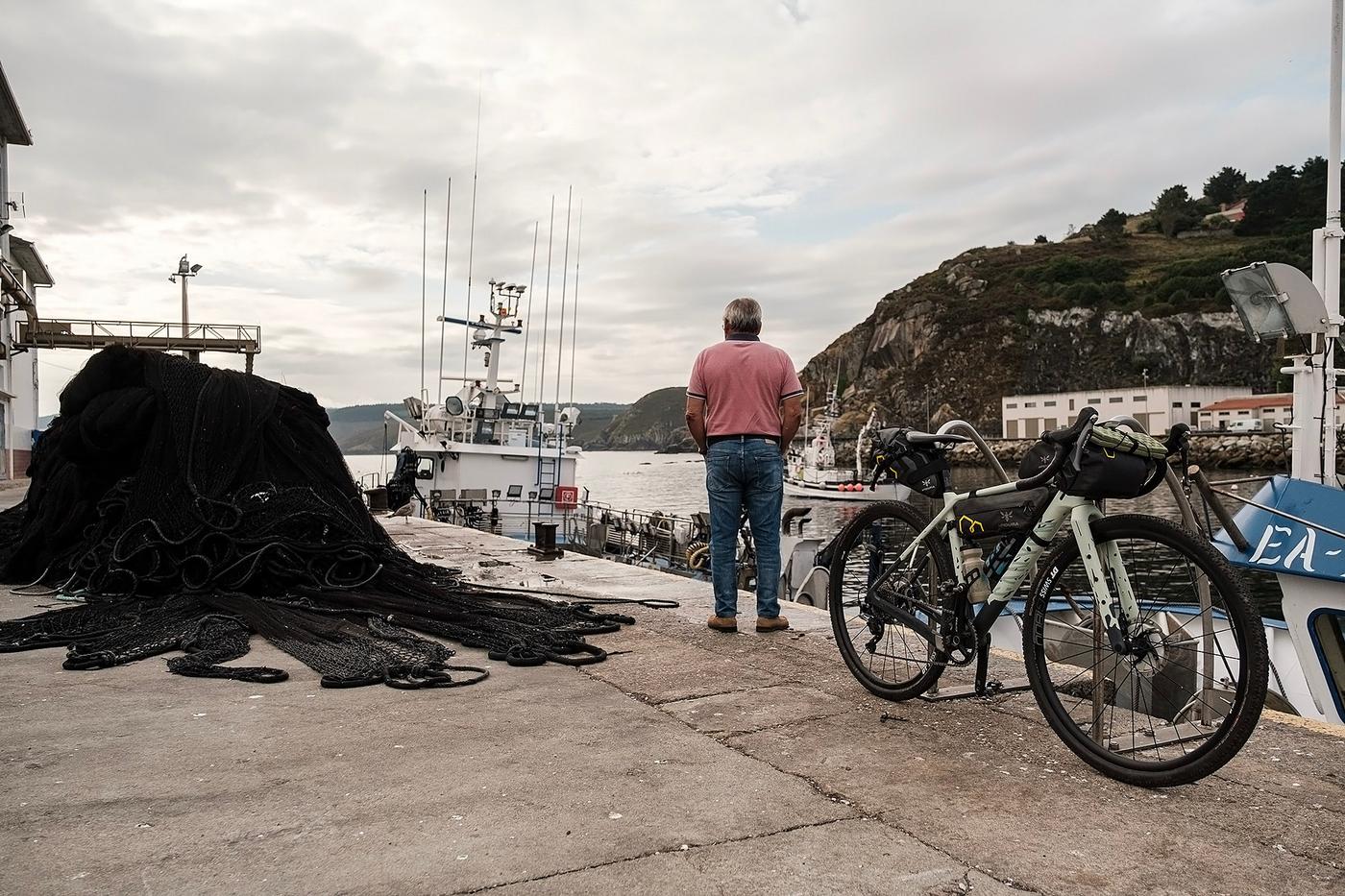 Before planning the route in Komoot, I rang Fran, a friend from college. He works as a landscape and terrain consultant, developing an understanding of the landscape from a geographical and historical point of view. He is the perfect person to advice on a route that avoids unnecessary damage to the landscape. We sometimes assume that any route is valid to cross on a bicycle, without taking into account the aspects that can damage some terrains. 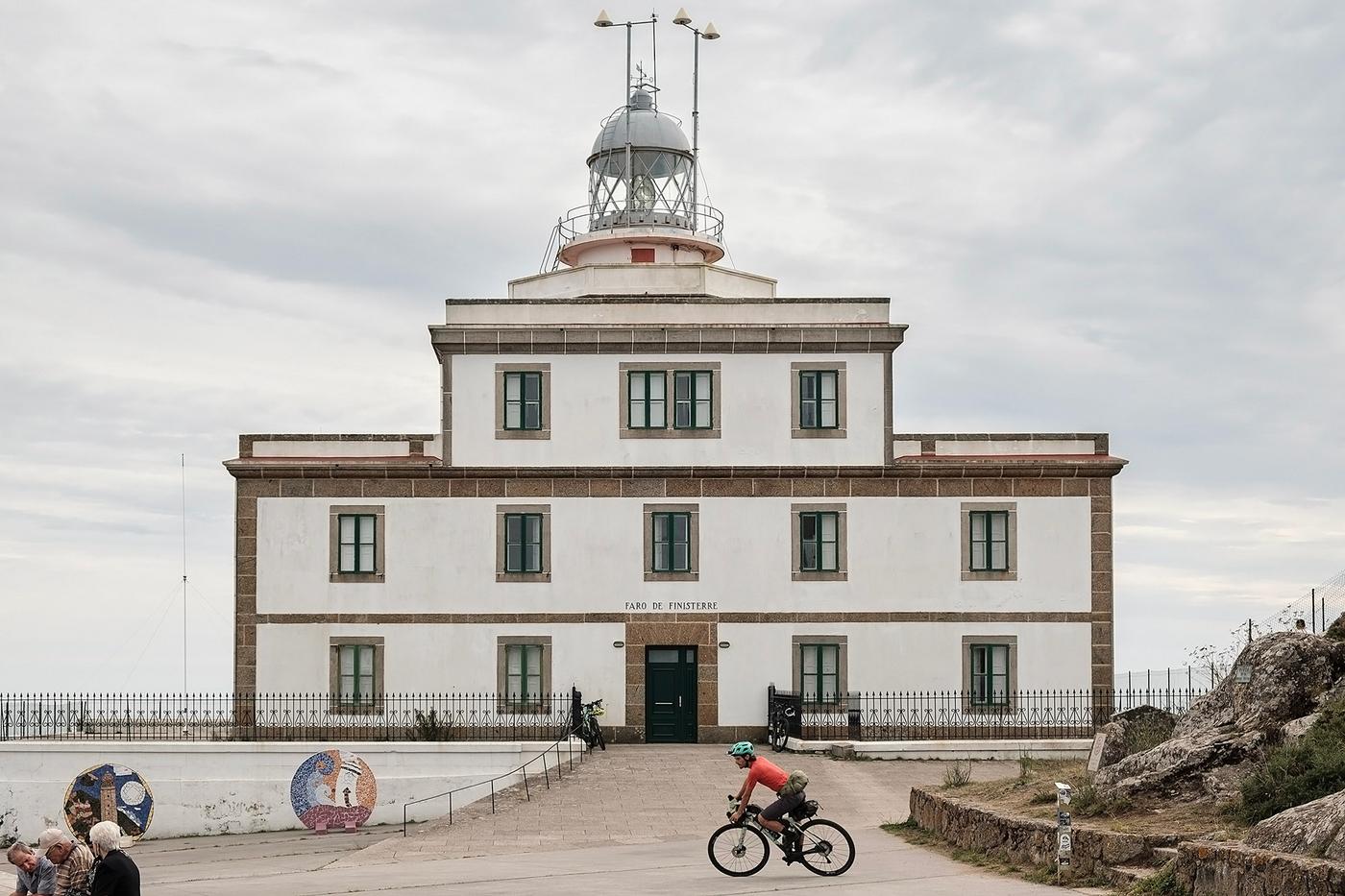 Our conversation gave sense and explanations to trail detours and opened my eyes to a new final  route. It was September, tourist and holiday makers were gone by then. On the beaches there was  only surfers, seagulls and myself. I didn’t see any cyclists until I got to Finisterre’s lighthouse,  which was receiving a flow of pilgrims from the Way of St James.

It was an uneventful three days, peaceful, with good food and alluring landscapes. I hope that my  photos narrate it better than my words can.