Barcelona, at least as far as I’m concerned, is Los Angeles’ European sister city. Not so much in terms of its urbanism, or gracious public plazas, or the seemingly lack of vehicular congestion, but in terms of the riding. Mediterranean climates make for photogenic trails and even in the winter months, this city is a joy to ride in. When we arrived in Barcelona, I had no idea what to expect. Mattia from Legor Cicli and Ken from ENVE told us (meaning myself and photographer Jeff Curtis, who came along to document the trip for ENVE) we’d be riding dirt roads and trails all within the city limits. 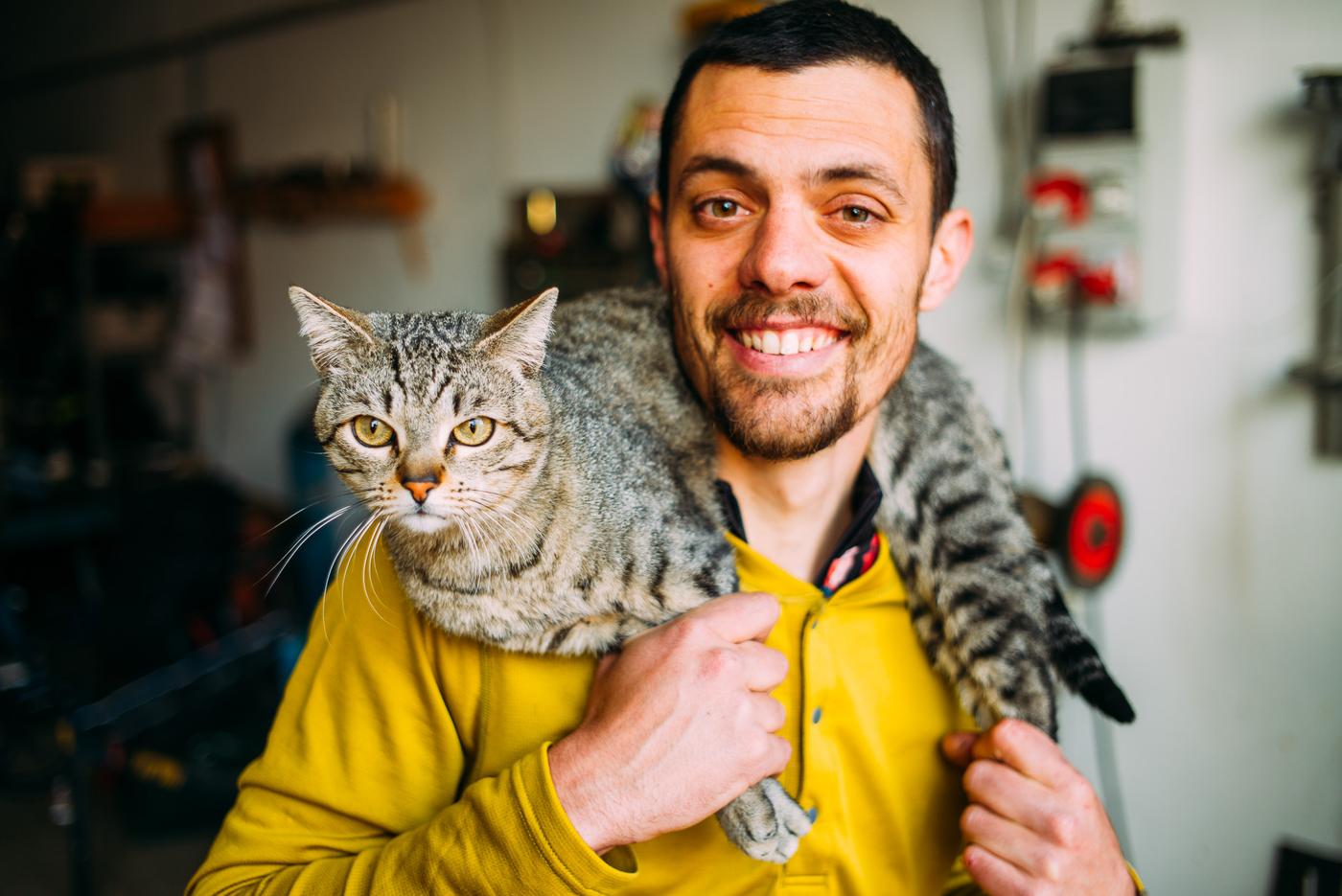 Riding was only half the story here however. I wanted to get to know Mattia more, see his bikes and learn more about his role in Crema Cycles, a brand started by Ken Bloomer, who now also works for ENVE. Crema began as an idea to make production frames in Europe, designed for specific uses. Since many of the European companies seem to be in the dark ages in terms of dirt and “gravel” bikes, Ken wanted to take a very American approach to frame design. 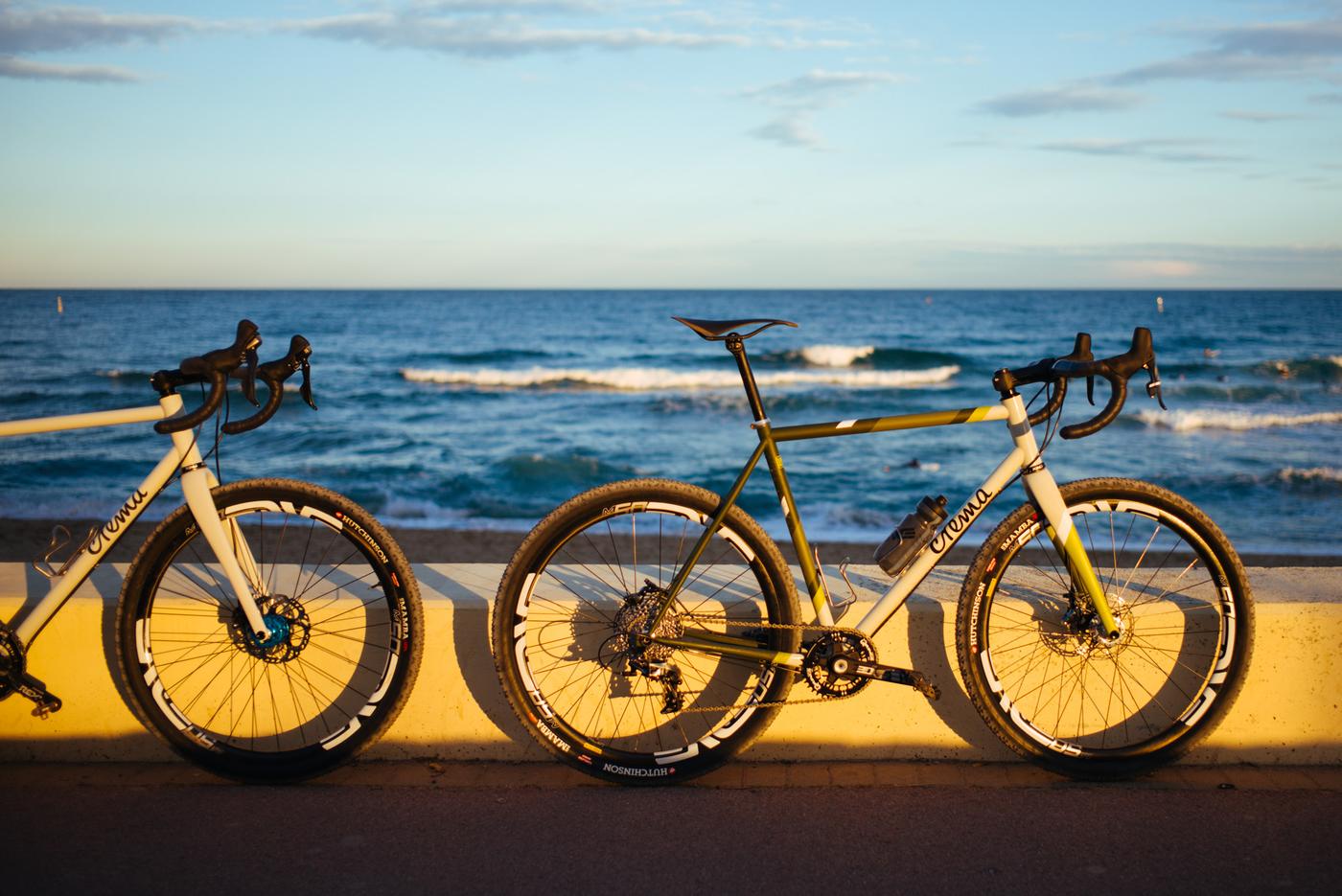 Crema’s mountain, road and ‘cross or all-road bikes are all very modern in terms of geometries, technology and yes, construction. Which is where Legor Cicli comes into play. After working with, or vetting other European contractors, Ken felt that Mattia’s building skills and understanding of the kind of riding a Crema customer was doing was in alignment. A few frames later and he’d become the contractor for the Crema line. 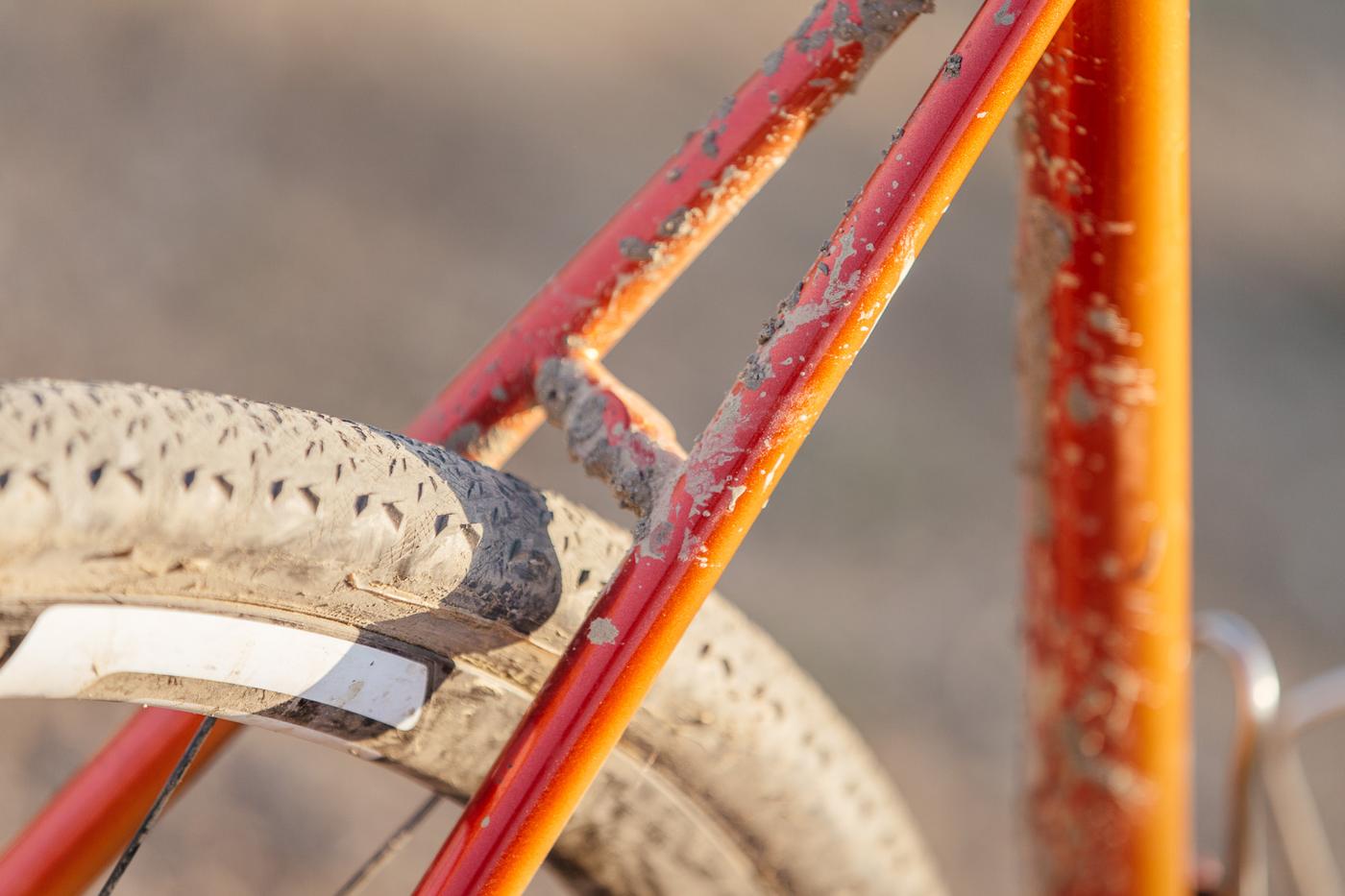 So, what makes a Crema different than a Legor? A lot of things. First off, Ken’s designs are a little ahead of the curve. Take for instance the Duo, an “all road” bike designed for either a 27.5 x 2.2″ or a 700 x 40mm wheel. Crema’s bikes all like to fit fat tires, while maintain a zippy, playful ride. There aren’t any slow and sloppy bikes in the Crema line.

On the other hand, Legor Cicli is an Italian brand, even though Mattia’s home base is in Barcelona. His frames are race-driven, straight laced and precise. You won’t see bendy seat stays on a Legor road bike. The name Legor translates to jack rabbit and you could say that’s the spirit animal for his brand… 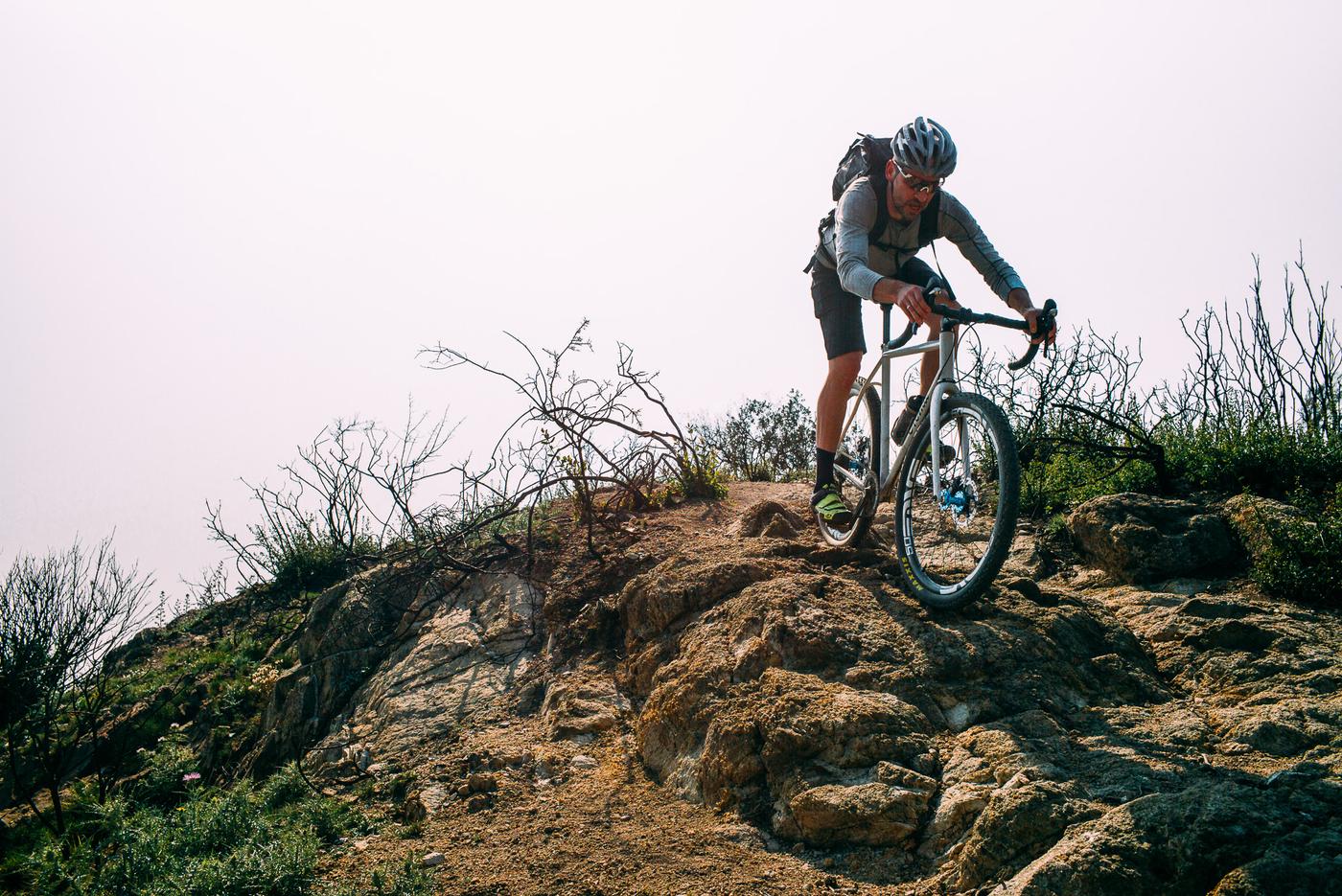 For the past few days, both Crema and Legor frames accompanied us on the trails of Barcelona. We’d climb dirt roads and peel off on any number of rocky and steep trails. Mattia would point Ken and me, who were both on Duo frames, down the rocky chutes, while he and the other riders would take the flow trails down. At the end of each day, we’d be dusty, hungry and thirsty, eagerly awaiting the dinner and drinks Mattia had planned. After only three days of riding, we’d barely scratched the surface of Barcelona and the city’s dense urbanism had me pining for more alone time in its streets. I can’t say for sure when I’ll be back, but I can say for certain there’s a follow-up trip in my future. 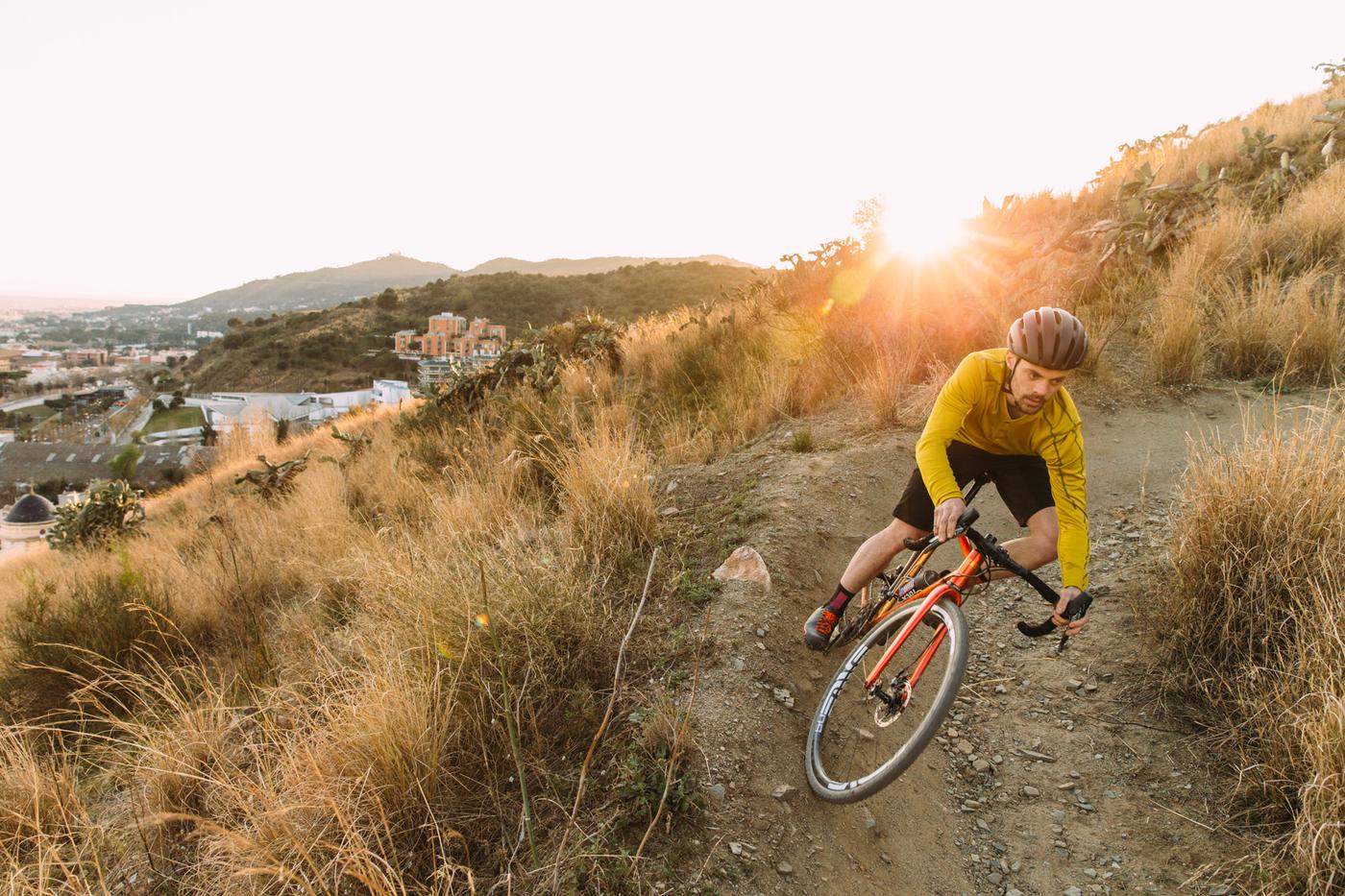 This morning, I’m writing this post from Germany, en route to the Berliner Fahrradschau, where I’ll be attending the show with ENVE, Legor and Crema. Stop by the booth and say hello! Many, many thanks to Mattia, Luis, Enrico, Ken at ENVE and anyone else who made this trip so memorable.