Andy Karr takes us to Hush Money Bikes‘ Fall Fuckaround ride in Lancaster, PA.  Amish Buggies, underbiking, and an open-heart surgery all coalesce to form the story of this event. Make sure to listen to the adjoining episode of Big Dumb Ride for more from the event’s organizer Nathan Baker.

The terrible forecast was the only reason the expansive staging area for the Hush Money Bikes’ “Fall Fuckaround” wasn’t absolutely bursting at the seams. As it was, I had to carefully tiptoe around the dozens of gravel bikes carpeting the floor of the cavernous, otherwise mostly empty warehouse space adjoining the brand-new Hush Money Bikes shop. With the exception of the space occupied by the growing line to the bathroom, every square foot of available floor and both the interior and exterior sides of the walls were occupied by bicycles. It was about 9 o’clock in the morning the day after Thanksgiving and 150 or so bicyclists had descended on downtown Lancaster (that’s Lan-kiss-ter, please) Pennsylvania to “fuck around and find out” over either 35 or 55 miles of mixed terrain riding. The event, organized principally by one of Hush Money Bikes’ three owners, Nathan Baker (perhaps as well known by his IG handle “Baron Von Fancypants,” but most people call him Nate) was scheduled to coincide with the grand re-opening of Hush Money Bikes. Organizing and promoting big events like the Fall Fuckaround and the springtime bicycle-led history tour of Pennsylvania’s Stony Valley and Swatara State Park called the Hush Money Hootenanny are a core part of Nate’s role at Hush Money since the shop opened in 2020, but this would be the first tour of their brand new location in what had been formally a stock house for a local grocery store.

The big turnout for The Fall Fuckaround was pretty incredible, especially considering it was;

A. the biggest travel weekend of the year
B. on a day where the weather forecast was for 48 degrees and rain and least not
C. for the fact that the area around Lancaster, PA is much better known for Amish buggies than gravel cycling.

And yet, the “FFA” had oversold its 150 registrations before Nate even had the chance to add an event description to the Bikereg.com page. This non-competitive, vaguely named, officially unofficial group ride on an unmarked course had drawn a capacity crowd of folks who had slipped away from family Thanksgiving gatherings “all full of gravy and regret” from all across the mid-Atlantic on a dreary, cold November morning. We were now all gathered in an unheated warehouse in the downtown of the 11th largest city in Pennsylvania, slipping covers over our bike shoes and preparing for a big ride on a course designed by Nate. In doing so, The Fall Fuckaround was able to raise $8,018 for The Chaco Fund, which, through scholarships, provides access to education for underserved, rural women in Bolivia. 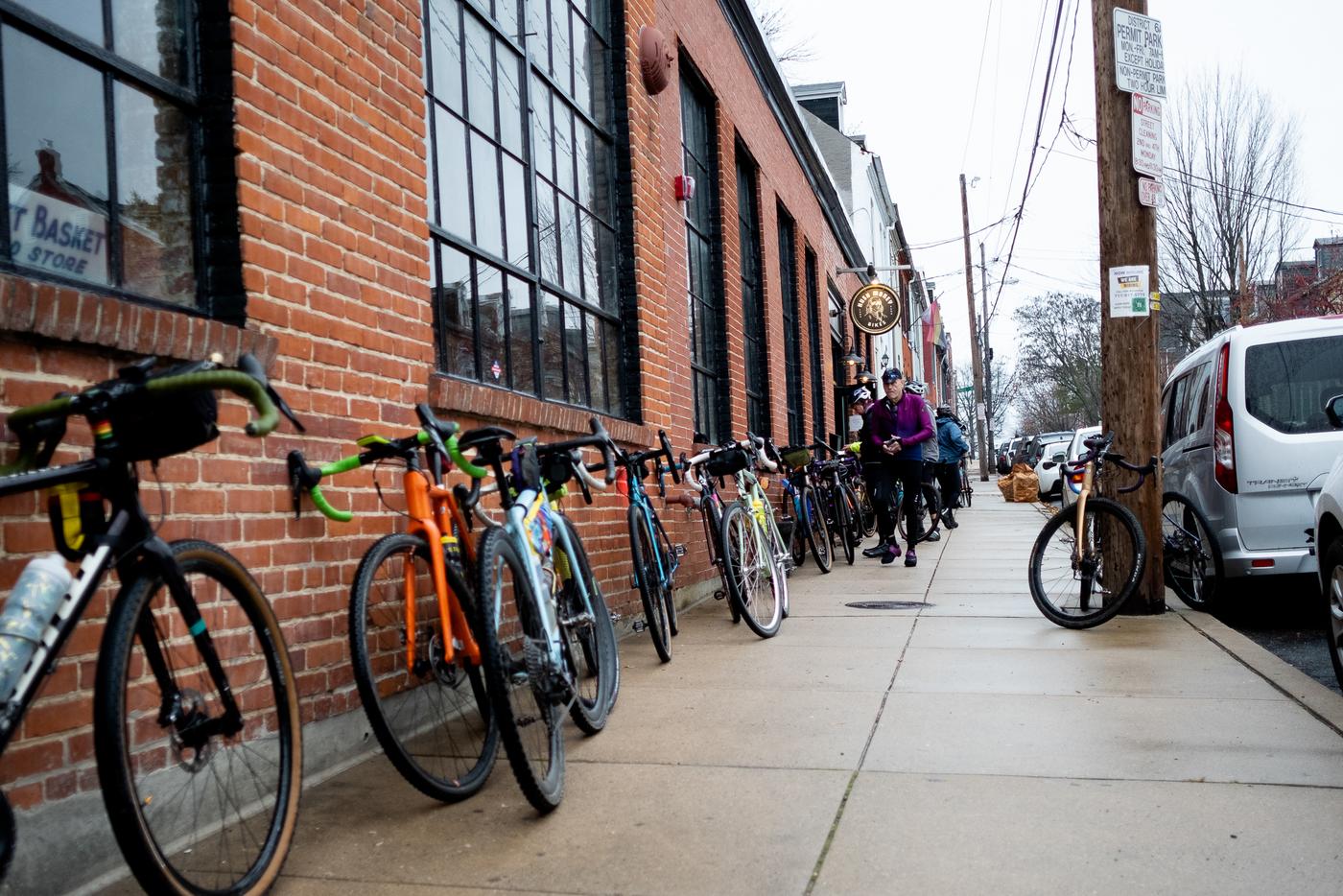 Gnarly weather forecast aside, this event nearly didn’t happen at all. Those who know or follow Nate are likely already aware, but while Nate was organizing this particular big dumb ride, he was still building his own big dumb ride strength and endurance back after open-heart surgery in July. I hadn’t heard the full story until I asked Nate how he become connected to the Chaco Fund and he told me this:

“My training partner, Jacky, co-founded The Chaco Fund. She served in the Peace Corps in Bolivia. This summer, Jacky gave me a hug and with her bare ear caught my heart murmur (she’s a nurse practitioner) that led to a very unexpected open-heart surgery. She also knew to get me signed up for medicare before I went to the hospital, a move which saved me from certain financial ruin. During my recovery, I kept asking myself- how do you show your gratitude to someone who does that for you? It seemed like the most impactful thing I could do was help her help others. So The Fall Fuckaround teamed up with The Chaco Fund and we raised $8,018 to add to the scholarship fund.” 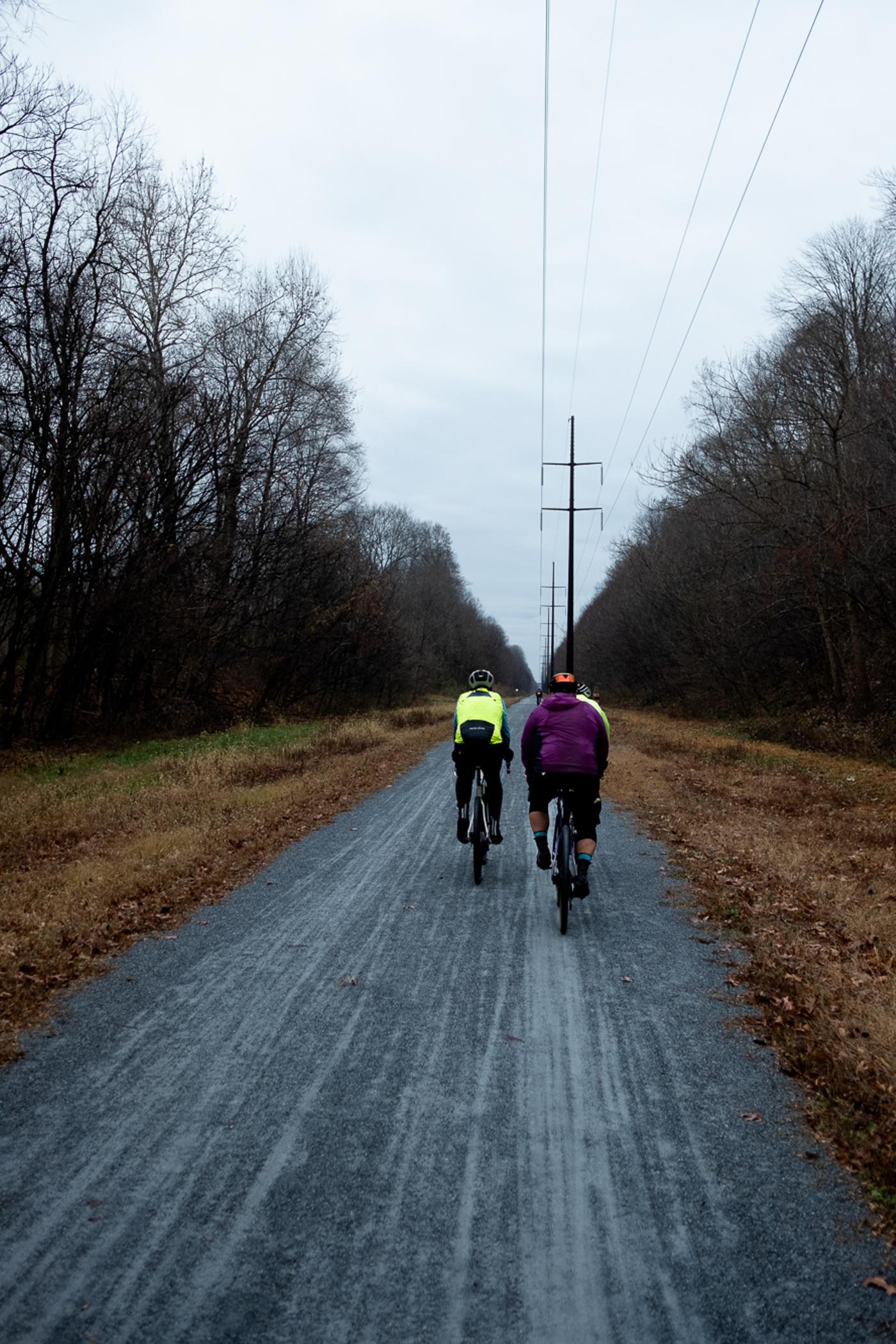 The weather ended up holding, and though there was plenty of road spray and grit as a result of the previous night’s rain it ended up being a great day to ride a bike. “Under promise and over deliver” as Nate put it at the conclusion of the route. I ended up having the opportunity to ride the whole thing with a buddy from DC, Chris, who had spent the better part of a decade living in Lancaster and knew and loved the area. If Chris was excited about what the route had in store for us, I was excited – and it didn’t disappoint. The route itself ended up being aptly named, with just enough pavement to effectively dissuade you from running true knobby tires and plenty of mucky, rocky, rooty under-biking to make you wish you did. The long course treated you to a rocky, steep trail leading straight up the hill to a panoramic view of the river, a lengthy singletrack section with a couple of creek crossings, a mile or so of some barely ridable, chunky railroad ballast, and then a bunch of miles of some of the most beautiful rail trail anywhere. It was a route designed to ensure there was no such thing as “the right bike” and to dissuade self-seriousness. Not that there wasn’t SOME element of competition – a machete with your name engraved on it awaited the rider who nabbed the QOM on the brand new Safe Harbor Rail Trail Bridge (a tool that would have come in handy on a couple of sections of the route…) 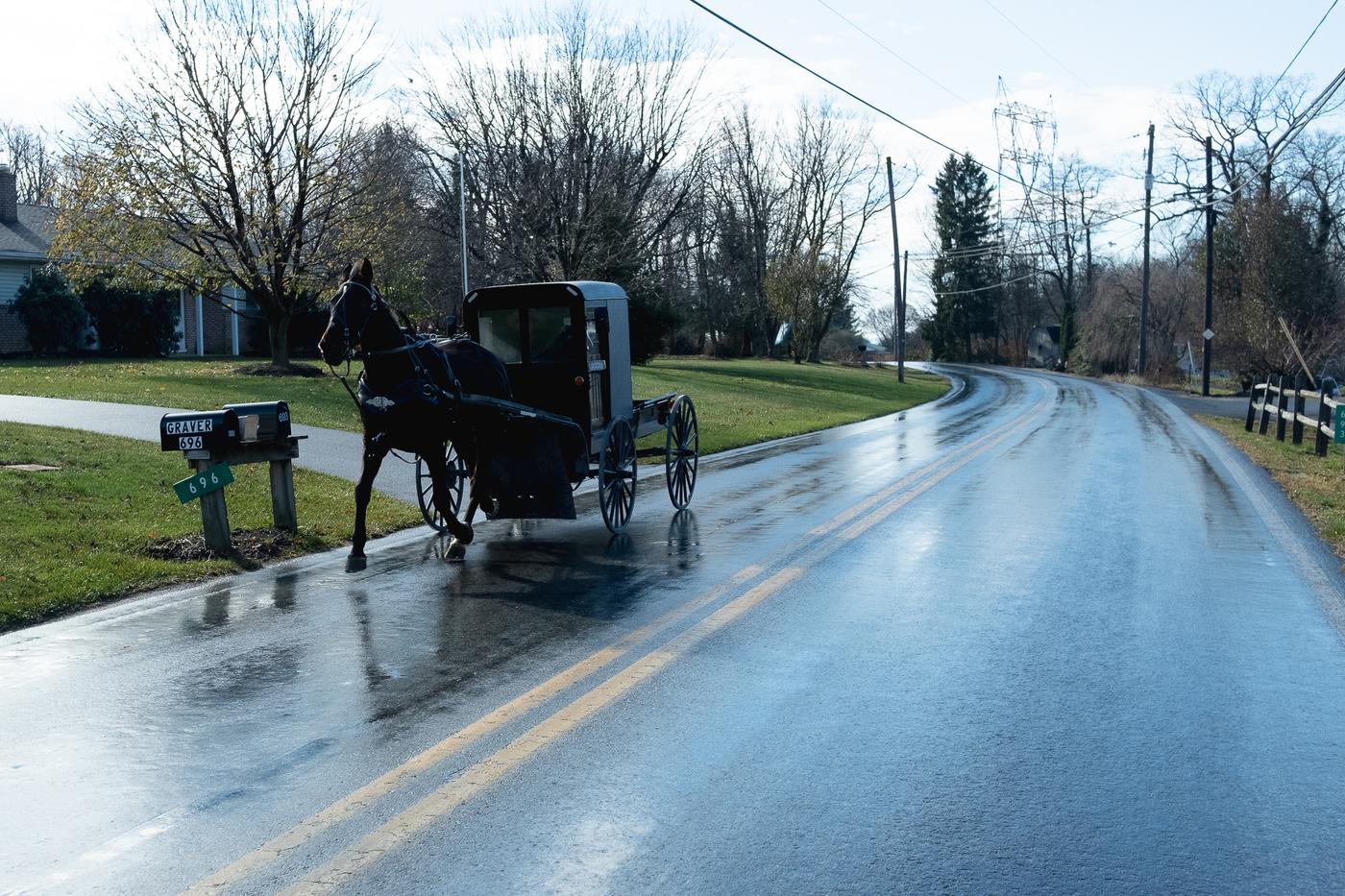 You’d be completely forgiven if you don’t associate south central PA with bicycle riding unless you live within a couple of hours of Lancaster, PA. Not that Lancaster is insignificant in any way – it’s one of America’s oldest inland cities, and the birthplace of US president James Buchanan, the famous abolitionist Thaddeus Stevens, and the Woolworths chain of discount stores. Lancaster was also our nation’s capital for one day, September 27, 1777, after British forces captured Philadelphia and the Continental Congress fled to Lancaster. Historical significance aside, the big draw of the event wasn’t the route itself (which was fun) or the area (which was beautiful) it was the shop and its owners.

Hush Money proudly describes itself as a “destination bike shop.” Buoyed by an irreverent and whimsical online presence, a fully stocked floor of various off-road bicycles, and a focus on custom builds (there is a joke floating around about a destination shop both for connoisseurs of ti bikes and ti bongs…), Hush Money exists to draw people from far and wide to discover downtown Lancaster and ride their bikes through Amish country. At only two years old, and as evidenced by the capacity crowd on Friday, Hush Money Bikes has already got something pretty special going on along the north bank of the Susquehanna River. With the move to the new location in the old West End Market, things are right on the verge of getting special-er. 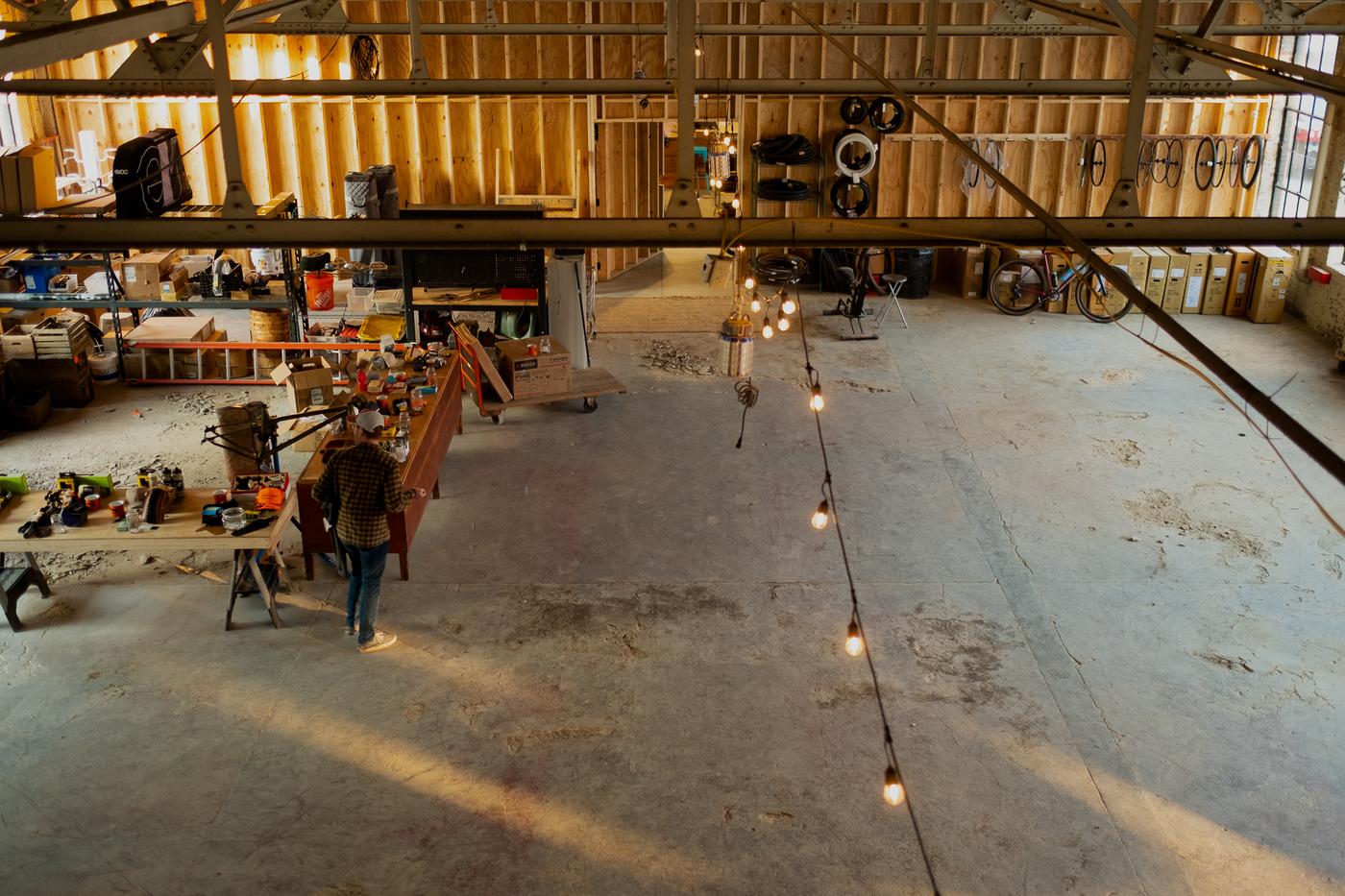 The history of the space is worth reading up on and I’d recommend taking a detour to the Lancaster Online article about it (republished in full on the Hush Money Bikes website, here.) but I’ll give a brief summary here: This space was a neighborhood grocery store and lunch spot for over 60 years and has until this week stood empty and in disrepair since the store close din 2020. By relocating to the back portion of what used to be the warehouse space (and before that a car dealership in the 1950s) Hush Money is getting 50% more space than the old spot they so quickly outgrew, but that doesn’t even begin to scratch the surface of the potential this beautiful old building holds. 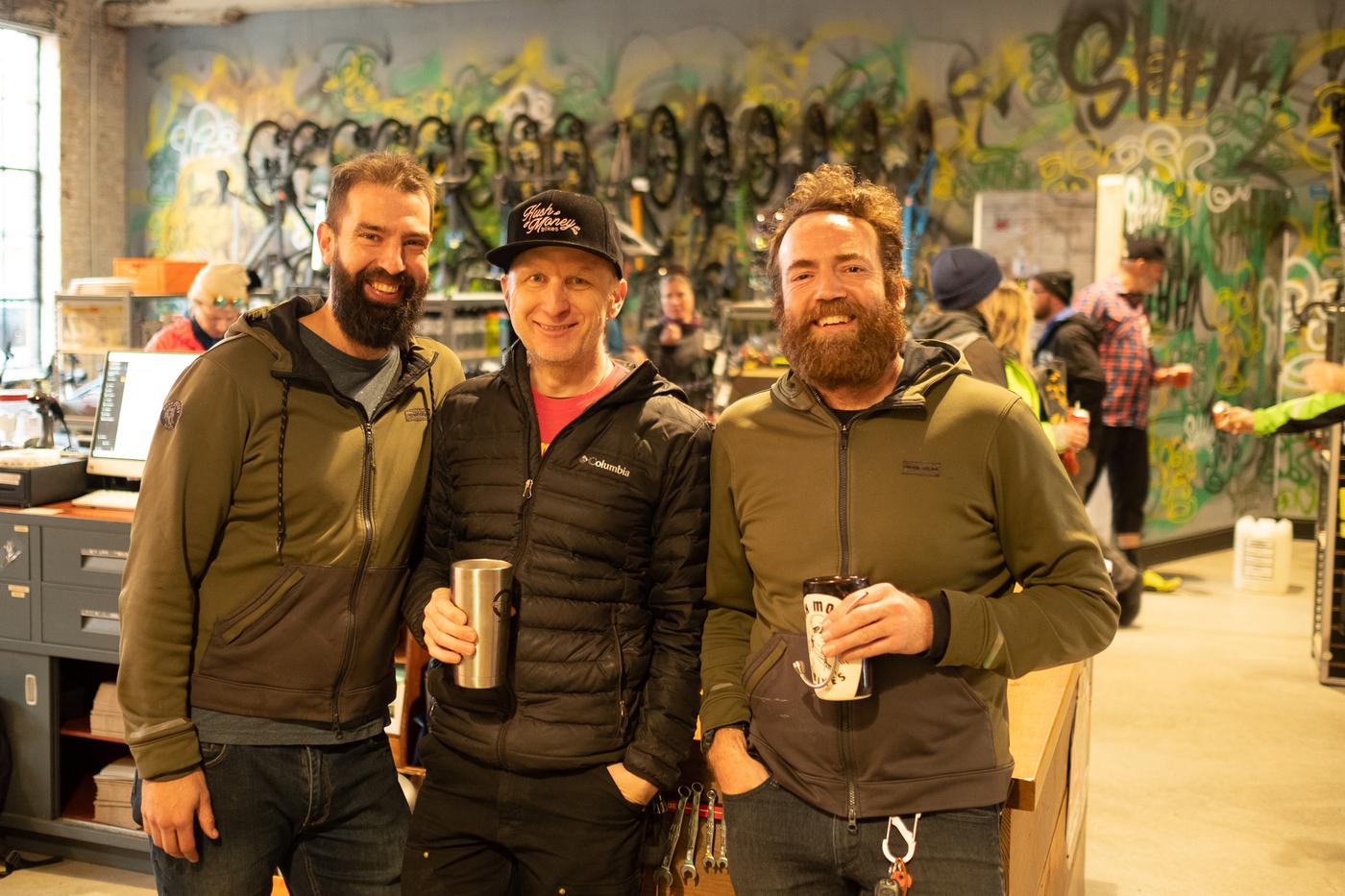 Nate, along with business partners Chris and Ted, all grew up in the area and now live within three blocks of this new shop space. “This is our neighborhood, and being good neighbors matters to us,” Nate said. Without the market, the West End has few food options for their elderly neighbors and neighbors without cars. Nate, Chris, and Ted’s first wish for this beautiful old space is for this market to return to its former charm.

Hush Money has proved it can draw a crowd from in and out of town, and this old building has served as a central gathering spot for the neighborhood Hush Money’s owners grew up in and they aim to see it returned to being that kind of a place. You can almost still hear the ding of the service bell and smell the patty melts cooking on the griddle in the old storefront – the last daily menu still hangs above the lunch counter and hand-painted signs still adorn the empty shelves. Nate, Chris, and Ted have worked it out with the building’s owners to take it upon themselves to build a community space here and are seeking some new friends with entrepreneurial spirits and a shared belief that Lancaster, PA is a town worth going out of your way for. They have already been hard at work turning the back part of this cavernous old building into a fun space where all feel welcome, whether locals or out-of-towners. 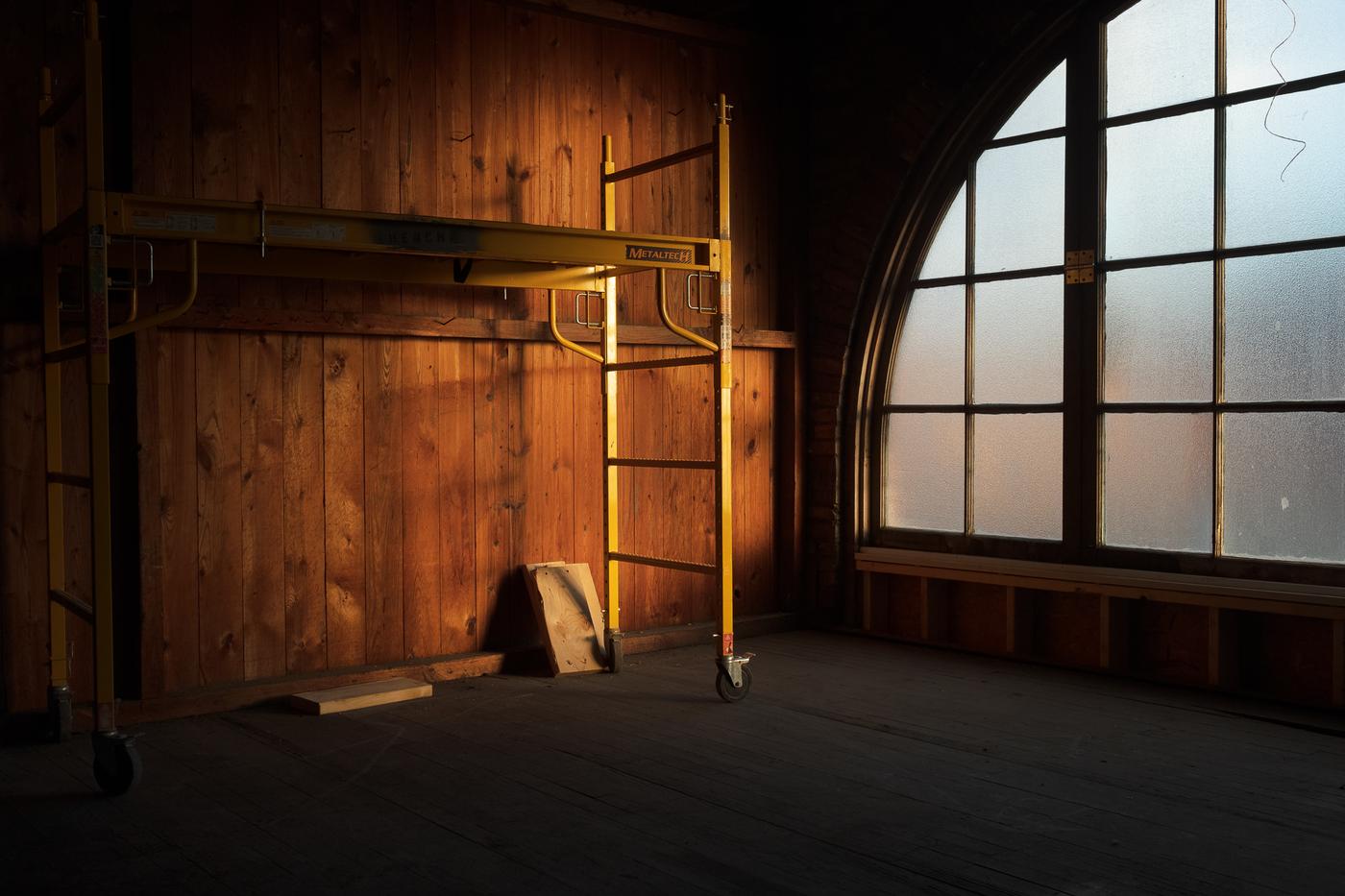 As you look through the interior photos in this photoset, though, I hope you see the future potential this place holds. If you’ve had dreams of opening an unpretentious cafe or grocery or have a creative retail or community space idea in need of a blank canvas, give the guys a call, or even better yet, throw a fat tire bike on the back of your car and drop by 414 N Mary Street. You’ll most certainly have a great time and leave with a new appreciation for this part of the country.

“Don’t forget, Lancaster is America’s ORIGINAL cycling community. Our Amish population has been doing it since bikes were invented!” – Nathan Baker AKA Baron von Fancypants

Andy co-hosts a podcast with friend and TVA riding partner Sarah called The Big Dumb Ride, a lighthearted podcast dedicated to exploring the misadventure stories from some of your big dumb rides. On this week’s episode, they interview Nathan Baker from Hush Money Bikes about the Fall Fuckaround and his recovery from open heart surgery.