It’s early morning in Johnstown, Pennsylvania. As the sun crests over the ridge, the clouds in the valley slide up and over the surrounding mountains. Like lost spirits of past floods clocking out from their shifts haunting the city, the morning rush hour of weather is a wondrous sight to behold. It’s like watching a timelapse video in real-time. I told myself I wouldn’t talk about floods, or THE flood, when mentioning Johnstown, PA, but here we are. Here we are for Higher Ground. 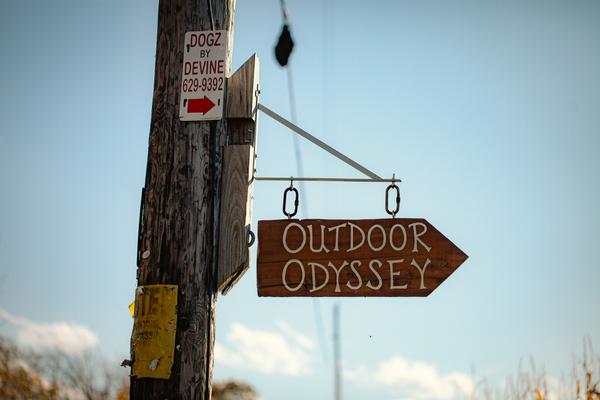 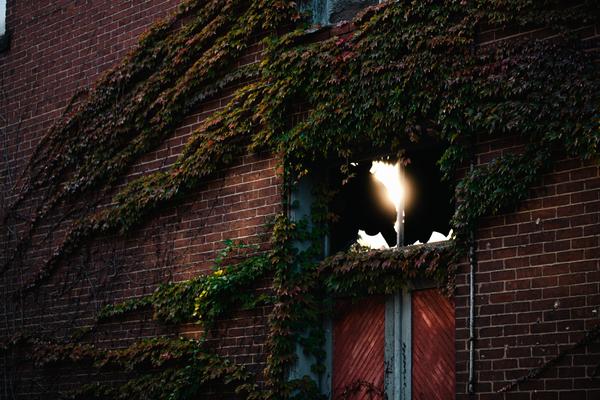 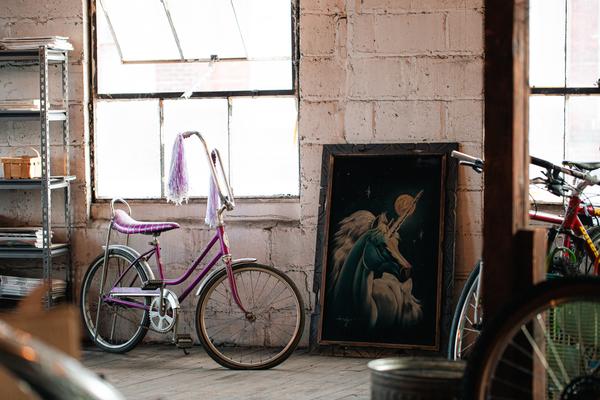 The weather here seems more prevalent than the population of living souls. Because Johnstown is an empty, forgotten city. It is the type of city I imagine when reading headlines during presidential election cycles. Terms like “Rust Belt” and “Main Street” come to mind. All modern American crises, such as the opioid and climate crises, play center stage in Johnstown.

There is hope because Johnstown is also beautiful. The surrounding mountains, forests, and waterways are stunning. Even the city, with the right set of eyes, is charming. And if you’re a cyclist, there’s a little beacon of light downtown, Hope Cyclery. 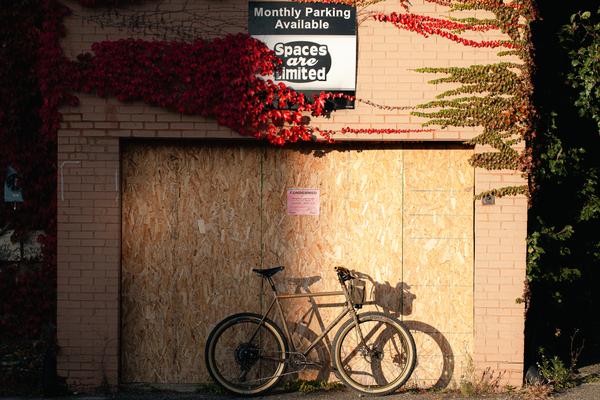 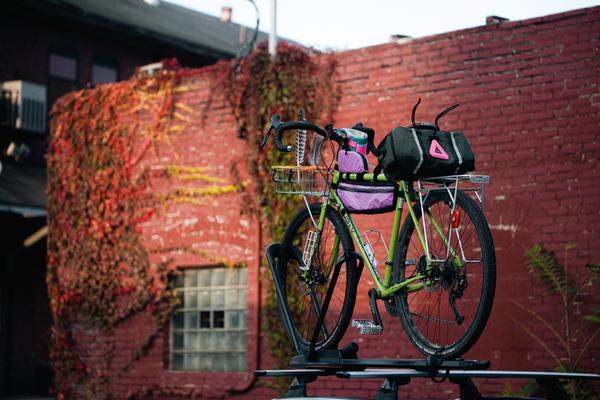 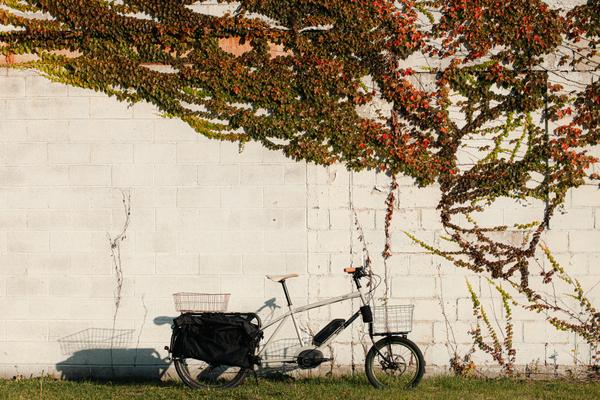 Jarrod Bunk, co-owner and founder of Hope Cyclery, often exclaims, “the outdoors will save Johnstown.” And it could very well do so. Since Bethlehem Steel closed its doors, leaving over ten thousand workers unemployed in the seventies and eighties, Johnstown has needed a new industry to pull it up from the depths. Jarrod and Hope Cyclery have an answer: Higher Ground.

I know boutique cycling will not solve the area’s poverty or the decades of urban rot and deteriorating infrastructure. But if we can imagine with Jarrod a place that people travel to, spend money in, and do that very normal thing we all still blush about, Instagram about, maybe outdoor tourism may start saving this little rusty corner of the country. At least, that’s the hope Johnstown’s local cycling community and the one hundred and fifty attendees at this year’s event have. 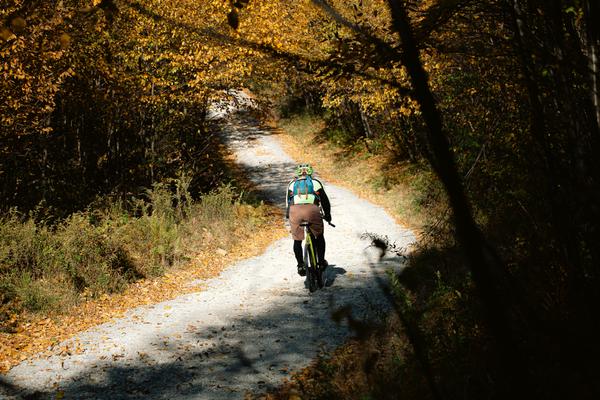 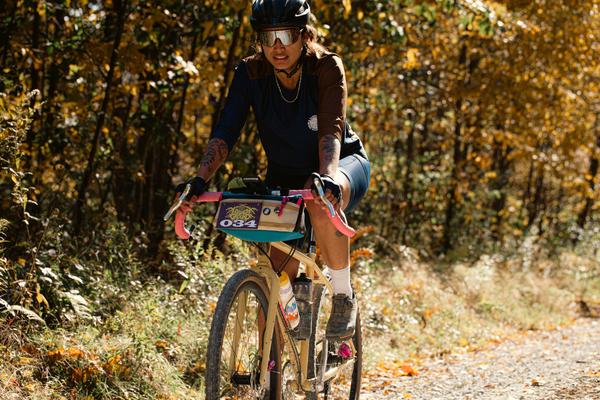 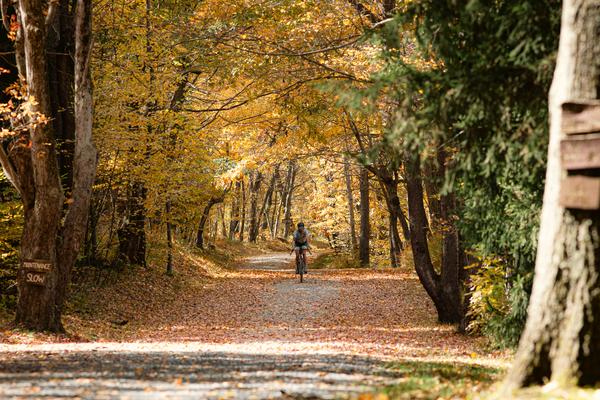 One hundred and fifty riders may not sound like a lot, but if you were standing at the start line in the middle of a road that didn’t need to be officially closed off by the city, you would know that it was a lot of people. For Johnstown, that’s a big deal. And this was only the second year.

For me, it is exceptional to witness the beginning of something that will become quite remarkable. For Johnstown, alt-cyclists, and gravel cycling overall, Higher Ground has real potential to grow and create community. It gives the shop’s name a whole lot more meaning. 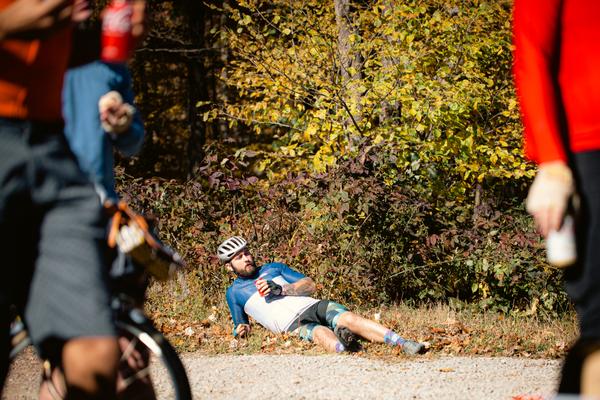 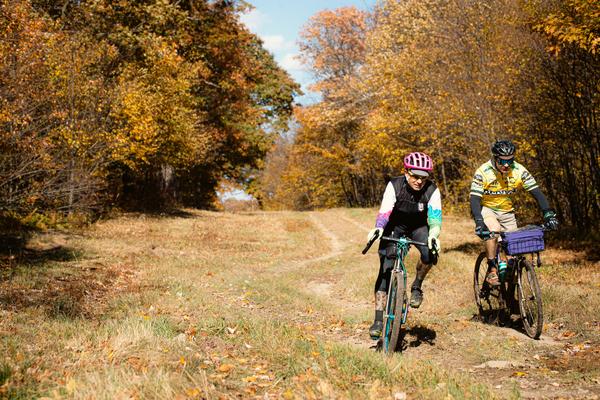 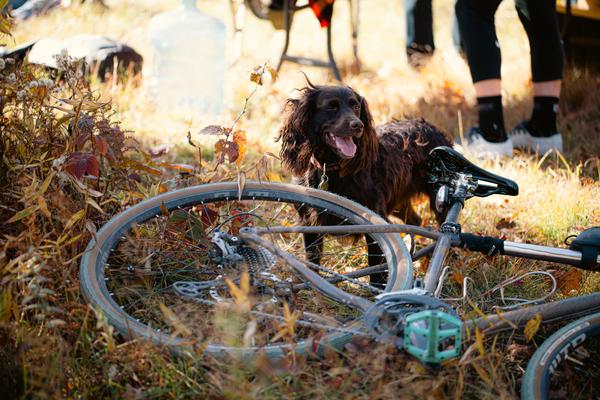 To recap this year’s event in a word: challenging. At the start, riders were jumping up and down to stay warm, watching the cars scale up the steep grades of the surrounding roads. The sight will tie your gut into a knot. There’s only one direction from the start line, and that is up. I can’t help to think that the ride is a lot like life here. And no Springsteen ballad will make it easier.

You will become very familiar with the lactic sting in your legs as you learn what the phrase “significant elevation gain” means for 100 miles. You will be torn apart like soft bread. When you finish, you will likely fall into whatever chair you find, a mere shell of your former self, unable to drink the beverage you just cracked open. Because lifting your arm to your face requires more strength than you can muster. 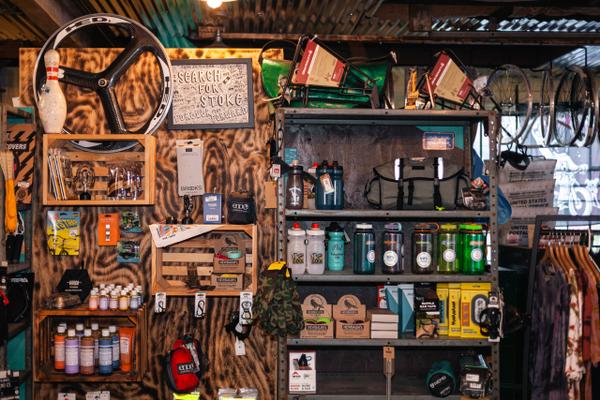 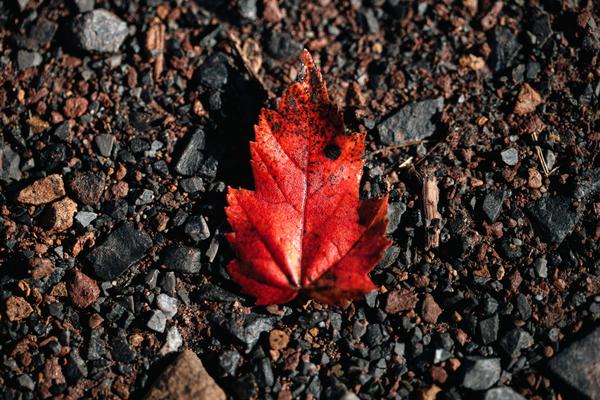 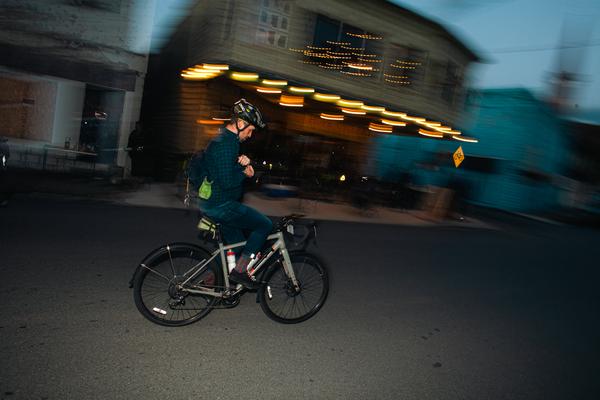 Though don’t let me scare you from participating next year. Higher Ground, no matter how challenging, is worth it. For one, it raises money for Johnstown’s YWCA. This year’s event raised over $1600. It also takes place during the best time of year for us east coasters, autumn. If you don’t already know, Fall in Appalachia is one of the planet’s greatest natural wonders. The roads throughout Higher Ground will bathe you in rich, golden light. And while you count the different colors of the trees as you pass, you will forget you ever climbed a mountain, or several, in the first place. Registration for 2023 is open now.