As the lead designer at Landyachtz Bikes, George Bailey sees his ideas come to life through the company’s made-in-Vancouver custom steel frames as well as their factory production models. Yet even those whose ideas regularly come to fruition have their dreams, and that’s exactly what George’s titanium drop bar 29+ is. No holding back, just setting every detail where he wanted it, and creating a one-off frame with a very long ride in mind. While we’d been chatting over Instagram ever since Landyachtz launched their bike line, I met George in person when we rode a 200 km brevet with a very chill group in August of last year. It was on this ride that I found out George was going to be riding this year’s BC Epic 1000, which is – you guessed it – a 1040 km bikepacking event traversing most of the mountain ranges of British Columbia on dirt. He was scheming on a custom bike for the ride, with 29+ wheels, drop bars and a suspension fork. 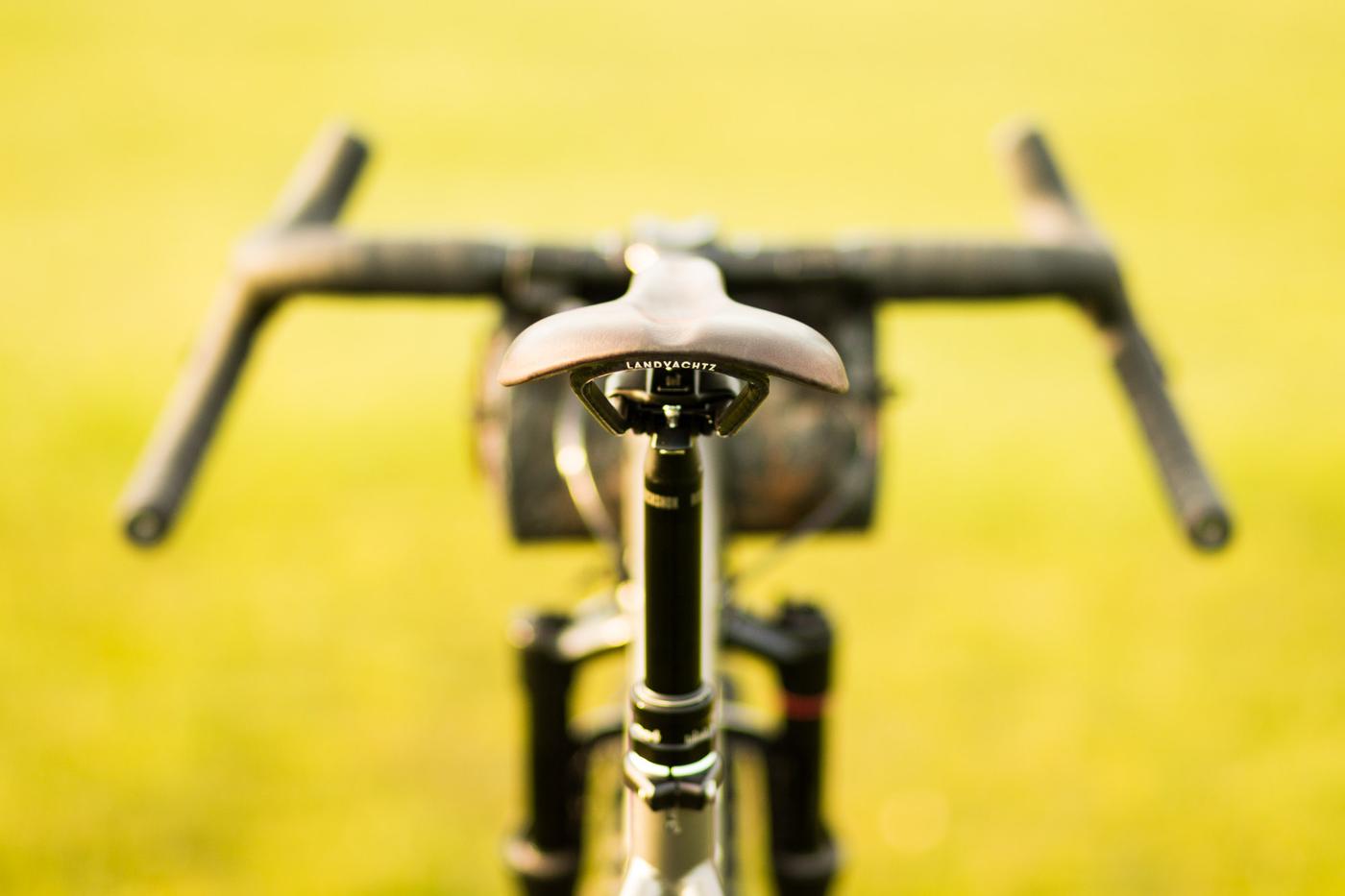 Fast forward to this spring and George’s monster race rig was well on its way to becoming reality. Not a detail left behind on the parts kit, with a Force 1 drivetrain, Race Face carbon cranks and wheels, and a Wolf Tooth cable conversion kit for the Reverb dropper post tucked in under the Thomson cockpit. Oh, and that 100mm Rockshox Reba fork, which has since been replaced with a 100mm Pike RCT3. 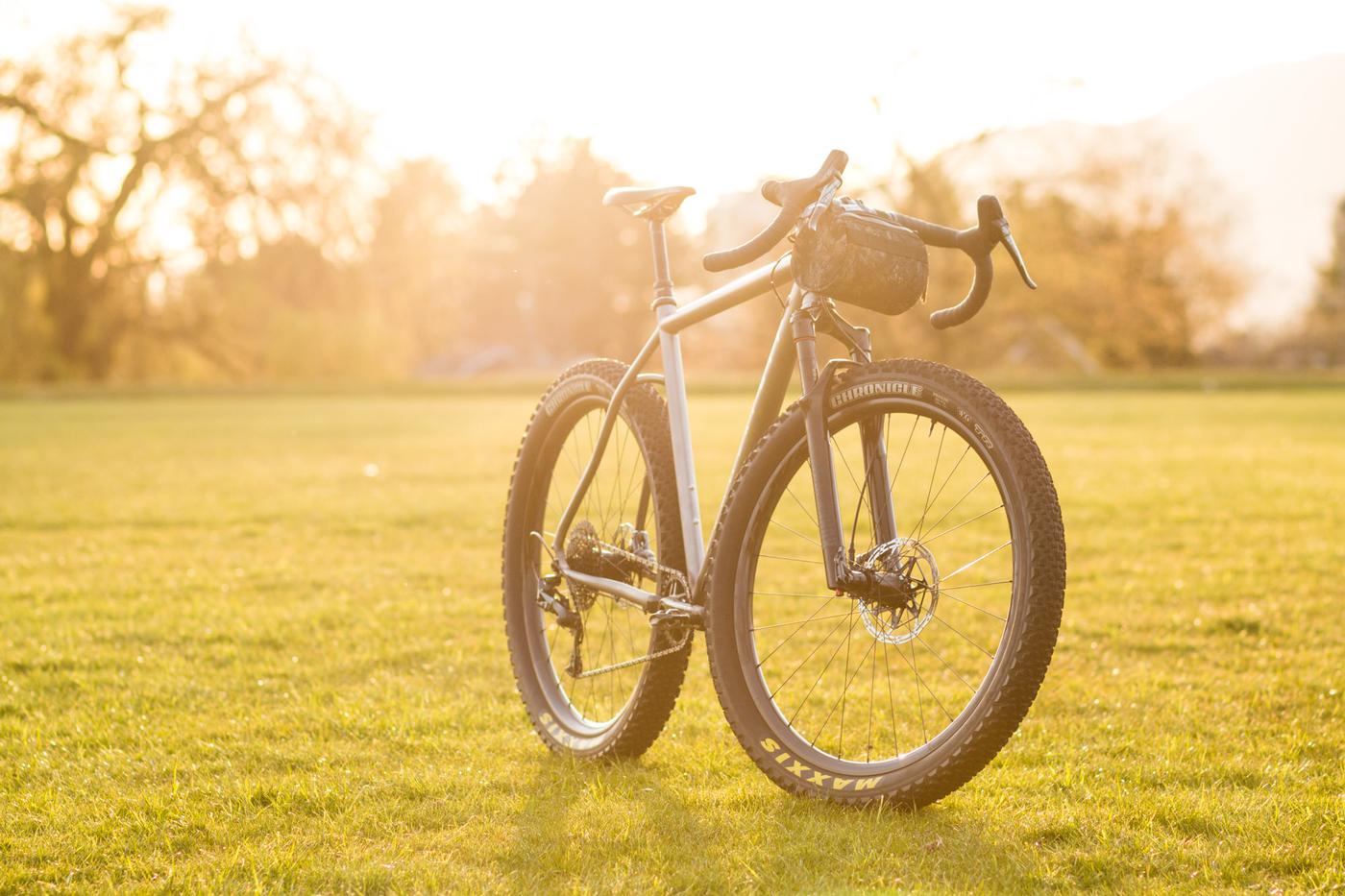 While George’s bike seems somewhat out of the ordinary for an event like the BC Epic 1000, people who have raced the route in the past have commented that the setup looks very appropriate. For the race he’ll take off the dropper post and pack up with a custom bag set from Porcelain Rocket. The route primarily follows old rail lines with some singletrack thrown in and a whole lot of climbing. George won’t be gunning for the course record, but you know he’ll be suffering with pleasure on the bike of his dreams. 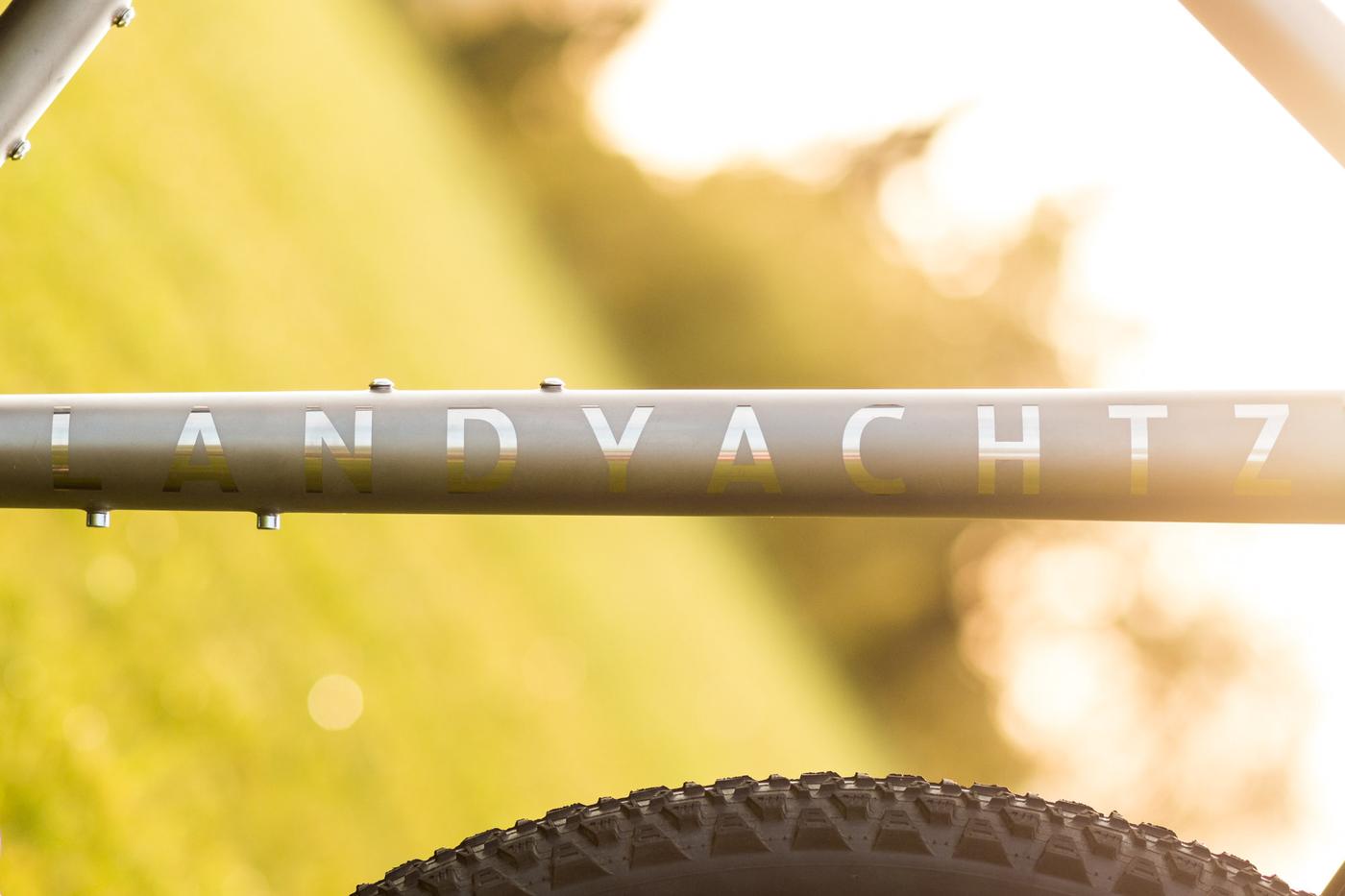 After seeing George’s idea come to life, the crew at Landyachtz was so stoked on the design that they have chosen to offer the frame to the public through a pre-order which is now live on their site (note: prices are in CAD). George drew up a geo chart for four sizes, which means his bike can now be considered the prototype for the project.
____