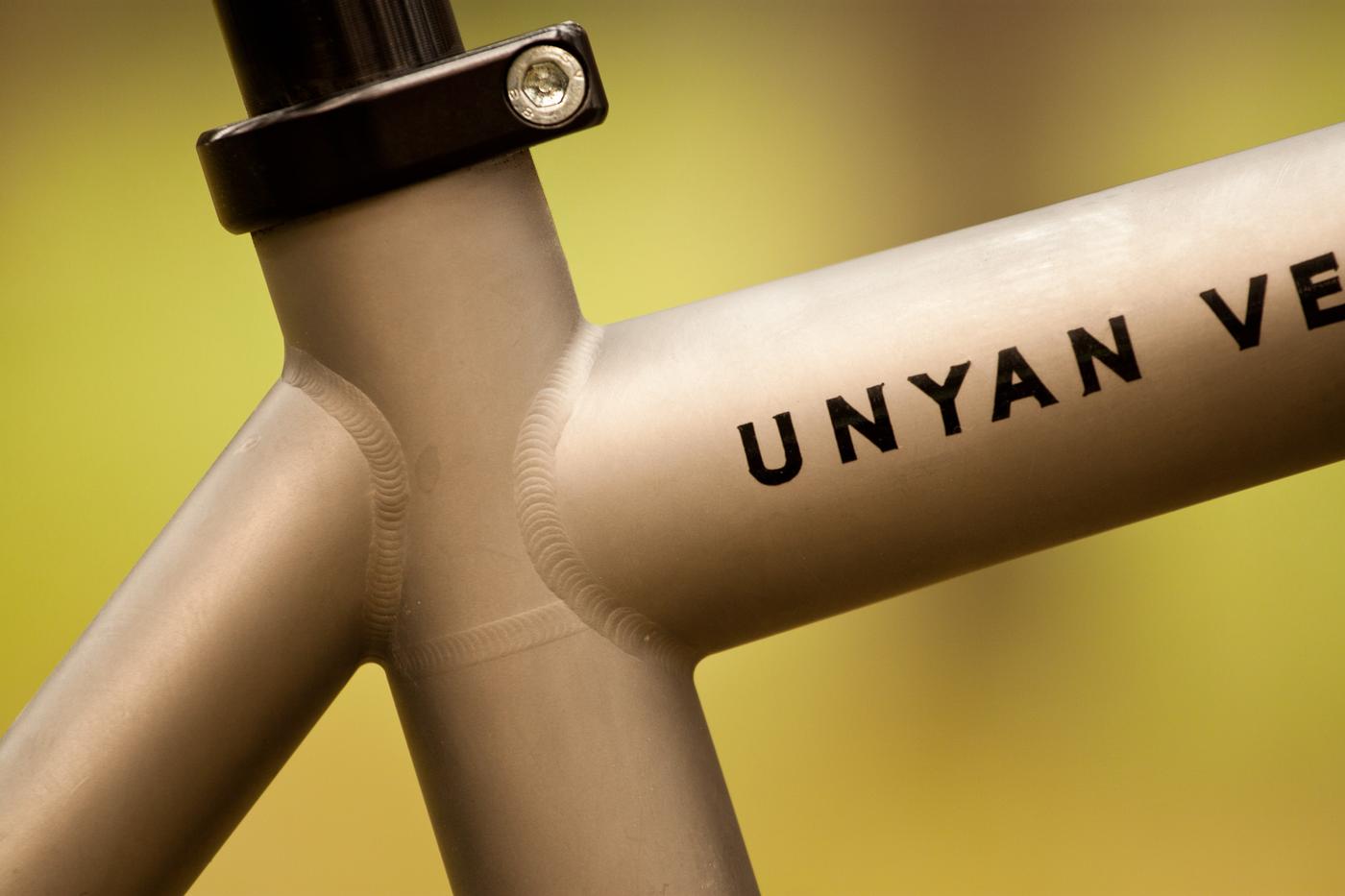 As odd as it sounds to say, Scott’s bike is no average Moots. The sticker may say Frosthammer, but this bike is custom in almost every way. Starting with Paragon sliders to accommodate the Rohloff hub, the frame was built around a 170mm axle width, yet it still fits 5” tires. As we expect from Moots, the welds are exquisite, and the straight tubes make for a very classic silhouette. 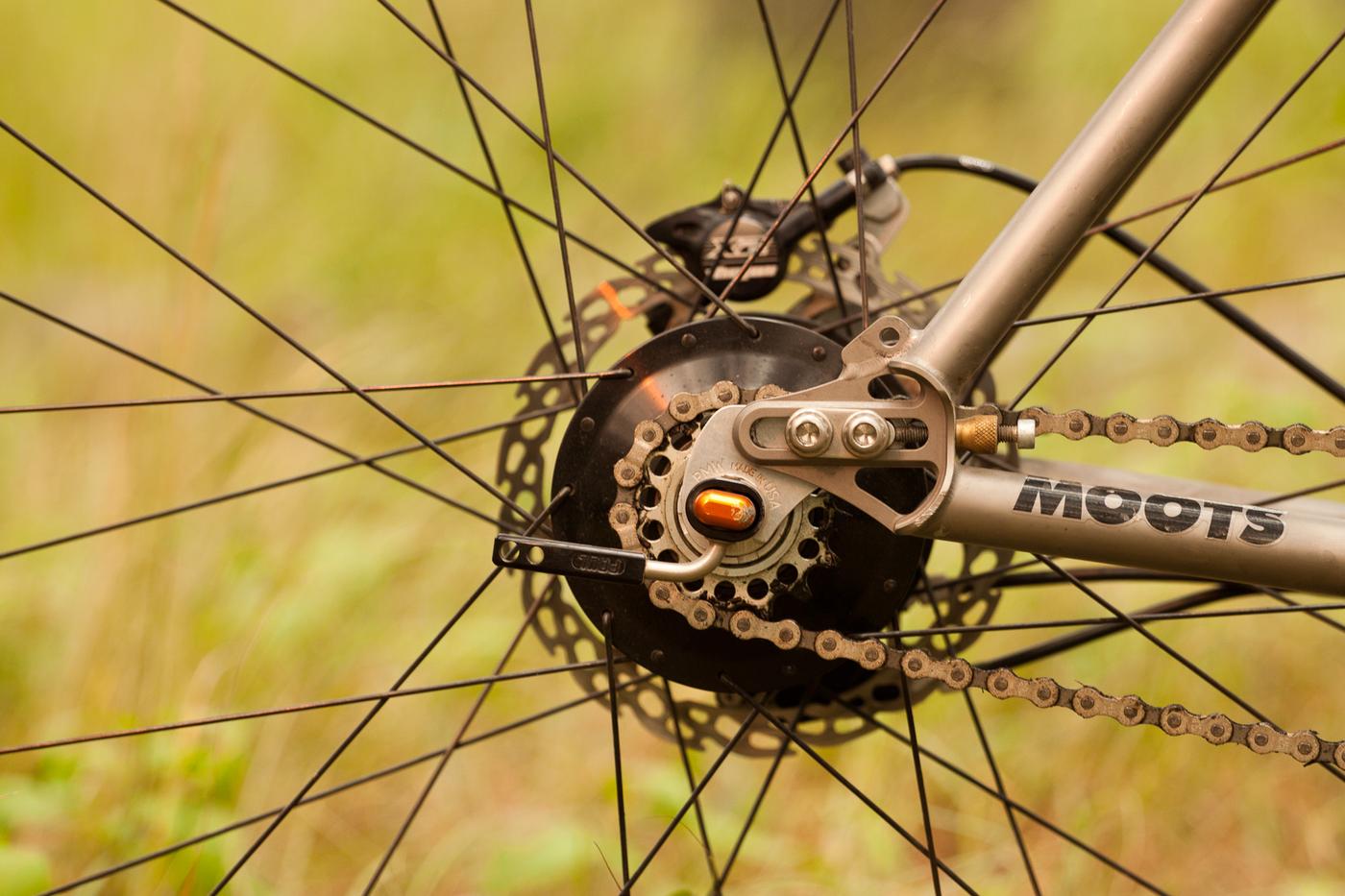 Scott rode the bike with an aluminum Salsa fork for the first few months of ownership, but felt it just didn’t do the build justice. He wanted something custom, something with character, and called up his good friend Rick Hunter. Now, it should be noted that Hunter doesn’t do fat bikes – except, that is, for Scott Felter. With another fat favor from Hunter, the Moots was next-leveled with an incredible steel fork, and stem to match. 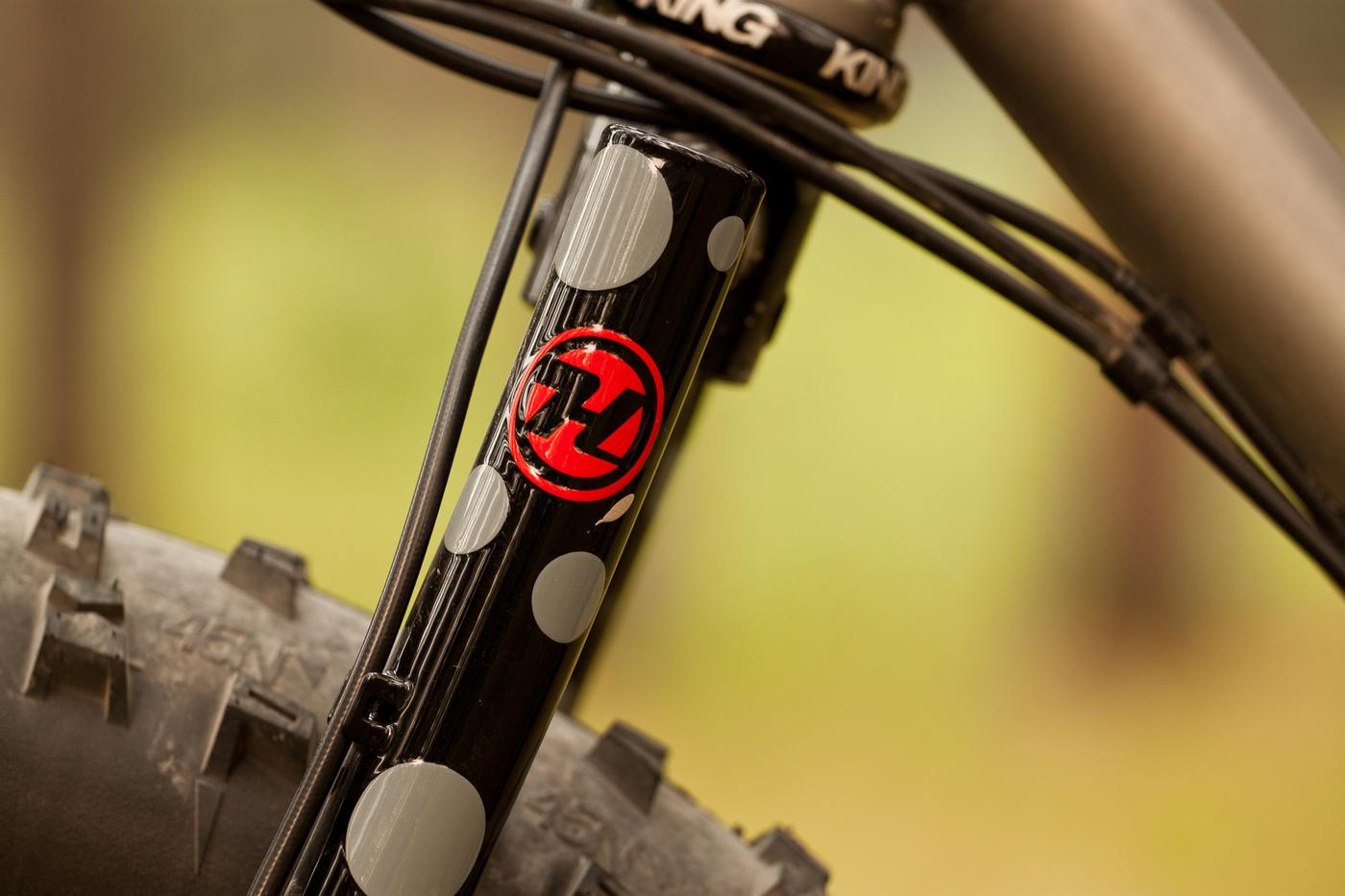 The build is finished off with a lot of carefully chosen details. The Rohloff stands out, complemented by an Industry Nine front hub, both laced to DT Swiss’ new sub-700 gram fat rims. Paul skewers. Hope brakes and 45NRTH’s Dunderbeist 4.6” tires. Those bar ends. While we were shooting the bike, Scott and I were noting that there are certain things that aren’t absolutely perfect. A wayward bolt here or there, a greasy chain, a head tube polished by the ever-present Porcelain Rocket frame bag. And we were fine with that. This isn’t a show bike; it’s a bike that gets ridden.

We shoot a lot of beautiful bicycles, but some are just more special than others. Sometimes a bike comes along where you can’t seem to stop grabbing frames that make you go “uhhhhh!”. Scott’s Moots was one of those bikes.