I will admit, however, that putting this bike next to the Evil Chamois Hagar does present some notable similarities in terms of silhouette and use. 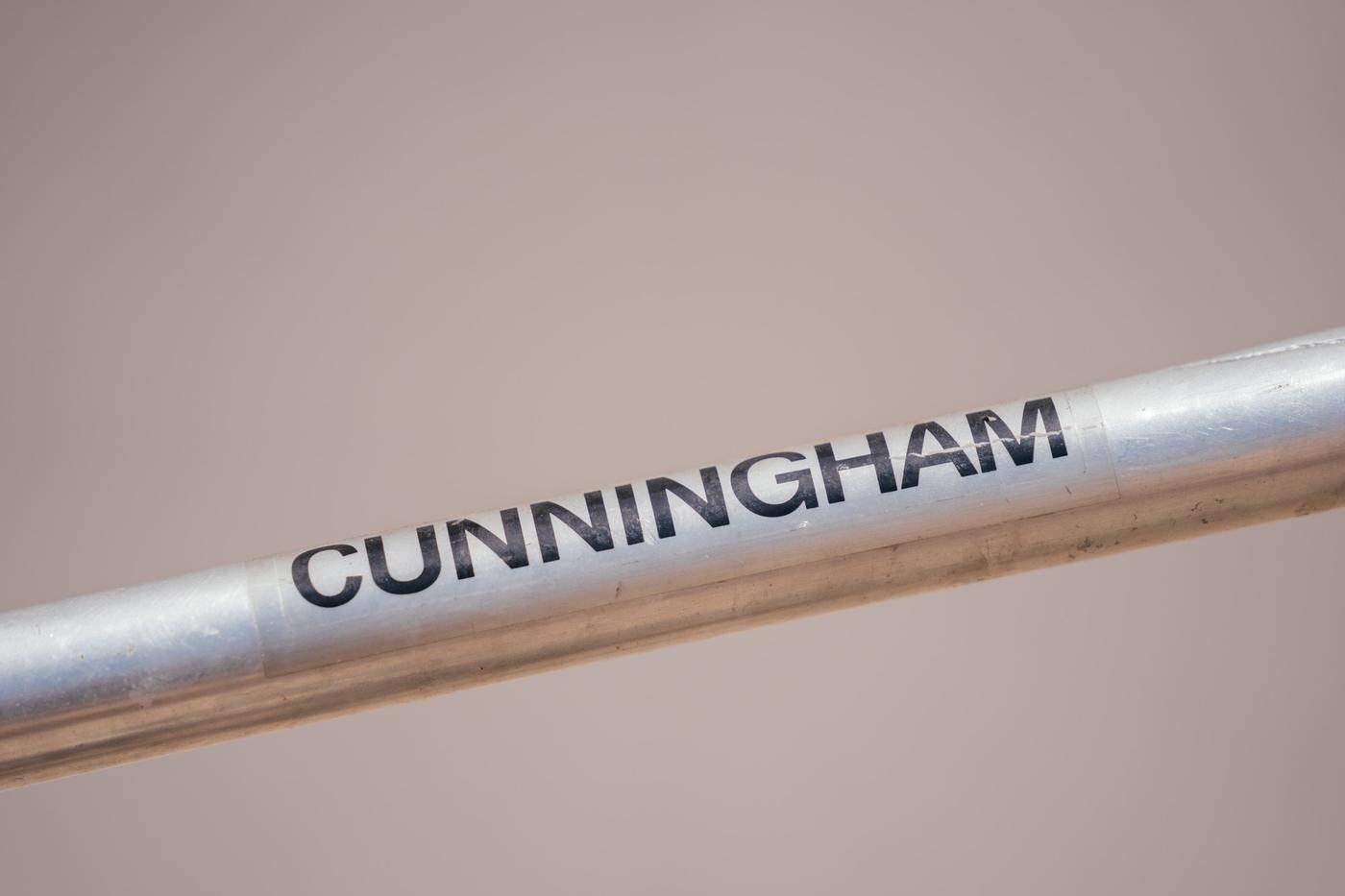 To get my facts straight on this one, I reached out to Vintage MTB Workshop for the low-down on this #29 Cunningham:

The #29 Cunningham is intended to be a tribute of the “Otto” bike that Jacquie raced to multiple National Championships. That bike is on display at the Marin Museum in Fairfax, but the owner of #29 being the world’s biggest Jacquie fan decided to make a tribute bike. Everything is great except that the bars are too new. Jacquie would have used re-bent Cinelli bars and those are wide flare WTB bars. Jacquie did like the red CyclePro Snakebelly tires for some reason. For a backstory as to the history of Cunningham’s bikes, the Vintage MTB Workshop offers up this tidbit:

“During early autumn of 1980, Charlie Cunningham joined other Marin county locals who ventured out to Colorado to ride the Pearl Pass Tour from Crested Butte to Aspen. Charlie brought with him the world’s first aluminum mountain bike, dubbed CCPROTO, which he had completed construction of in late 1979. The cutting edge bike impressed local brothers Don and Steve Cook so much that they implored him to build them similar bikes. While Don favored a bike modeled after CCPROTO and would help with its construction, Steve essentially requested an aluminum Ritchey with a conventional diamond frame, cantilever brakes, and a Ritchey biplane fork. In August of 1981, Charlie completed construction of the bikes and the brothers went about exploring the trails of Crested Butte and beyond. However, within a year or so both frames had begun to develop cracks because they had not been heat-treated to restore their strength after welding.

The frames were returned to Charlie for repairs and additional gussets, followed by a heat treatment process Charlie had worked out in his back yard. At this time Charlie applied the Cunningham Indian graphics he had developed for subsequent bikes and updated the seatpost collar. Steve’s frame returned to Crested Butte during the summer of 1982 and he would continue to use the bike for NORBA mountain bike races and cyclocross events, racking up numerous wins along the way. Steve’s highly-visible success with the bike was critical to Charlie’s efforts to convince skeptics that aluminum could be durable enough for mountain bikes if designed and constructed properly. At some point Steve lost track of the bike and eventually it turned up at an estate sale in Pueblo, CO.”

Charlie Cunningham and Jacquie Phelan designed, built, and raced so many bikes over the years. Bikes that later informed the modern mountain bikes and perhaps gravel bikes that we ride today. They did all this in a backyard shop almost 40 years ago! While this bike is a tribute, its soul still points to an era when mountain bikes pedaled up mountains and descended back down the other side. Some notes to consider while observing this bike: 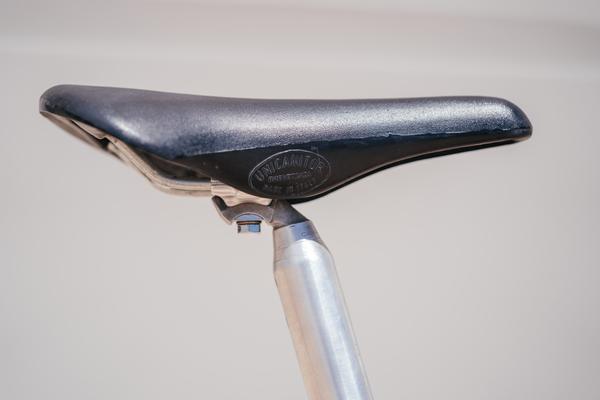 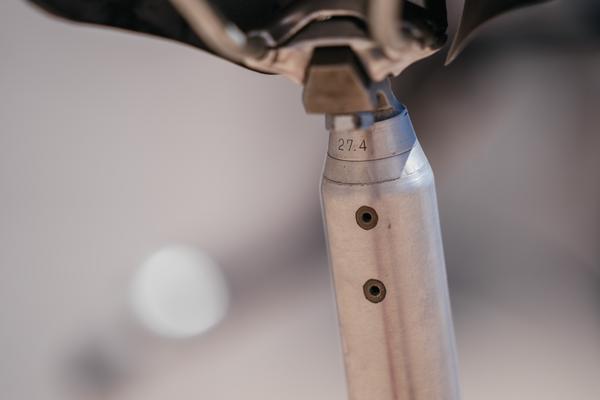 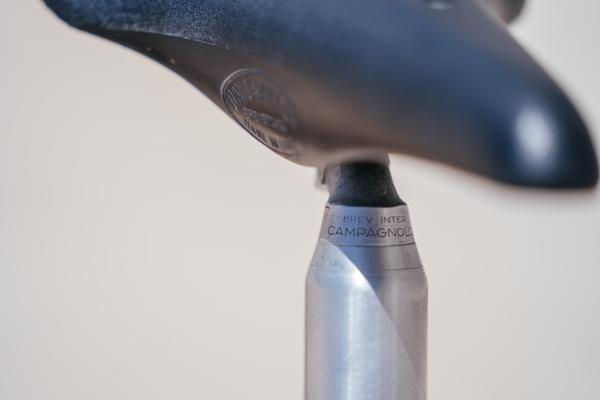 Charlie took a Campagnolo Super Record seat post and married it to an oversized post to fit the larger-diameter aluminum seat tube. You can see the rivet marks on the backside of the post in these photos. The modification was the name of the game in Charlie’s shop. The man is a tinkerer and an experienced machinist. 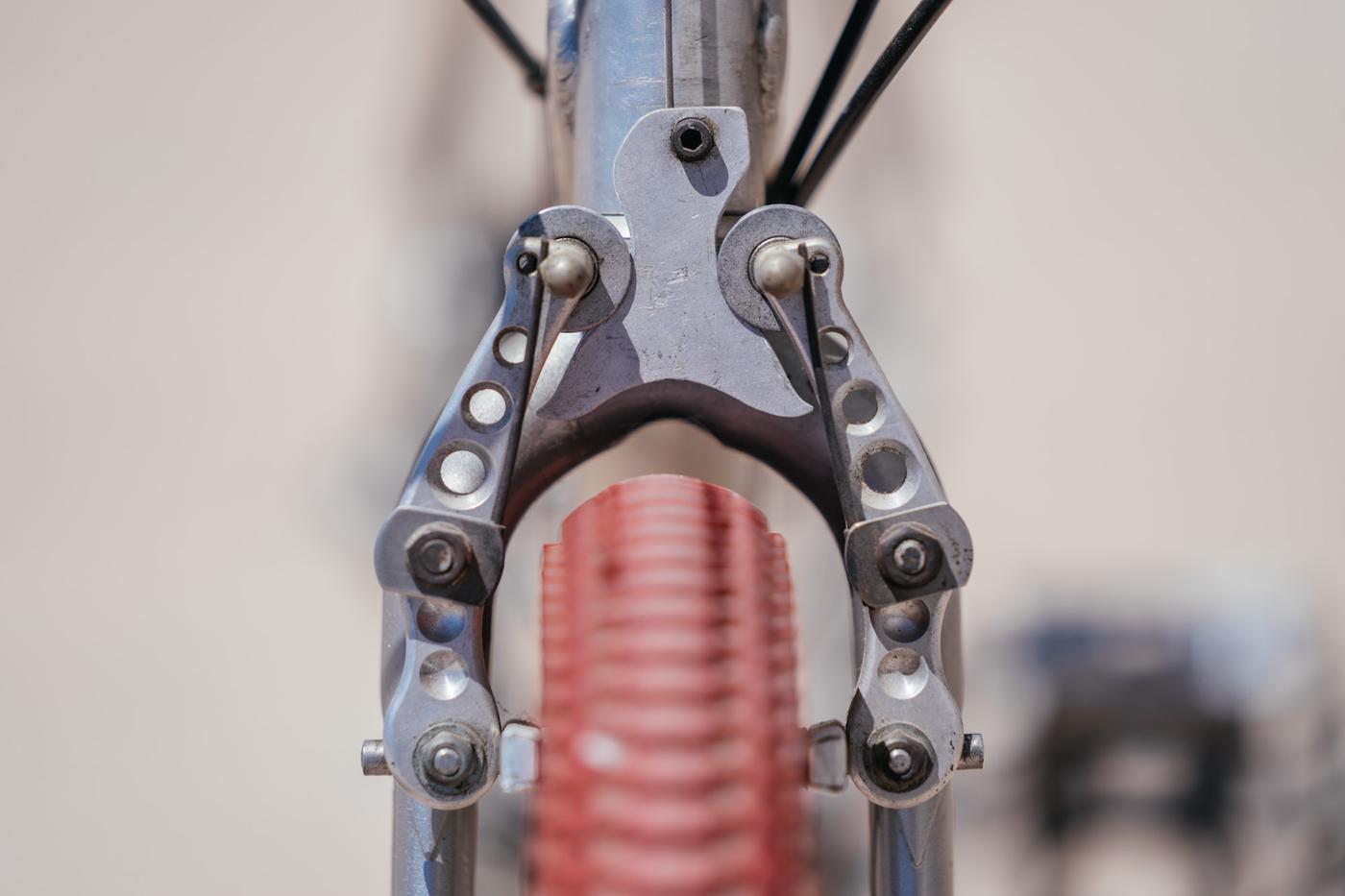 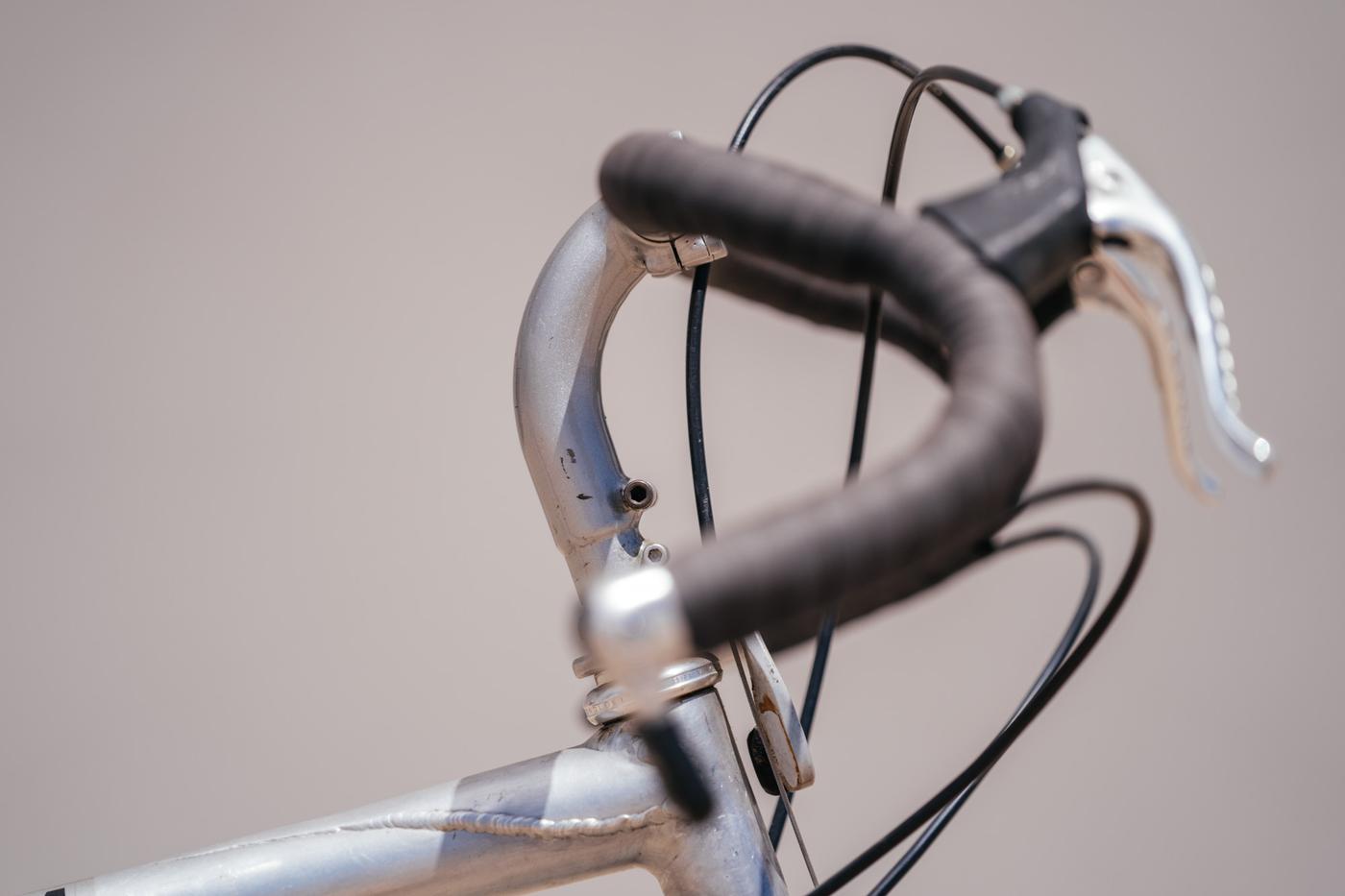 The stem – now referred to as a “Limp D” stem in modern vernacular – brought the bars up to a comfortable height for descending and climbing in the drops. For “stopping” power, this bike relied on the Cunningham Rollercam brakes. 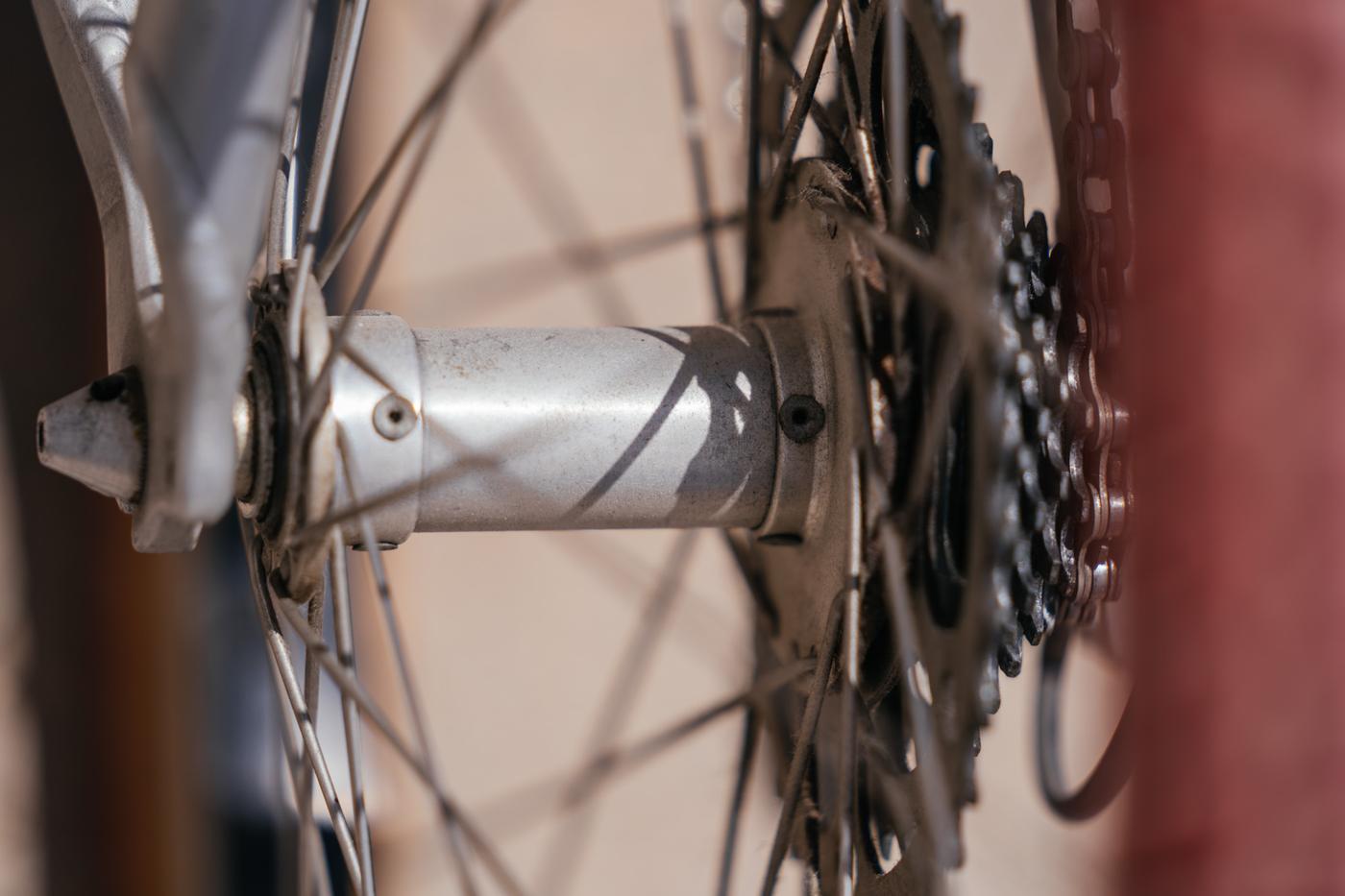 The rear dropout spacing is 136mm wide to help maintain an efficient chain line for the 6-speed cassette. The Hi-E hubs were also modified by Charlie. The cable guides and stops are made from fillet-brazed steel parts that are then epoxied and riveted to the frame. Other notable features are the one-piece, rear-facing dropouts, machined in-house, the hollowed-out bottom bracket shell (to reduce weight), and aircraft-fabrication-inspired gussets at the head tube cluster. These details are all the tellings of a Cunningham bike. 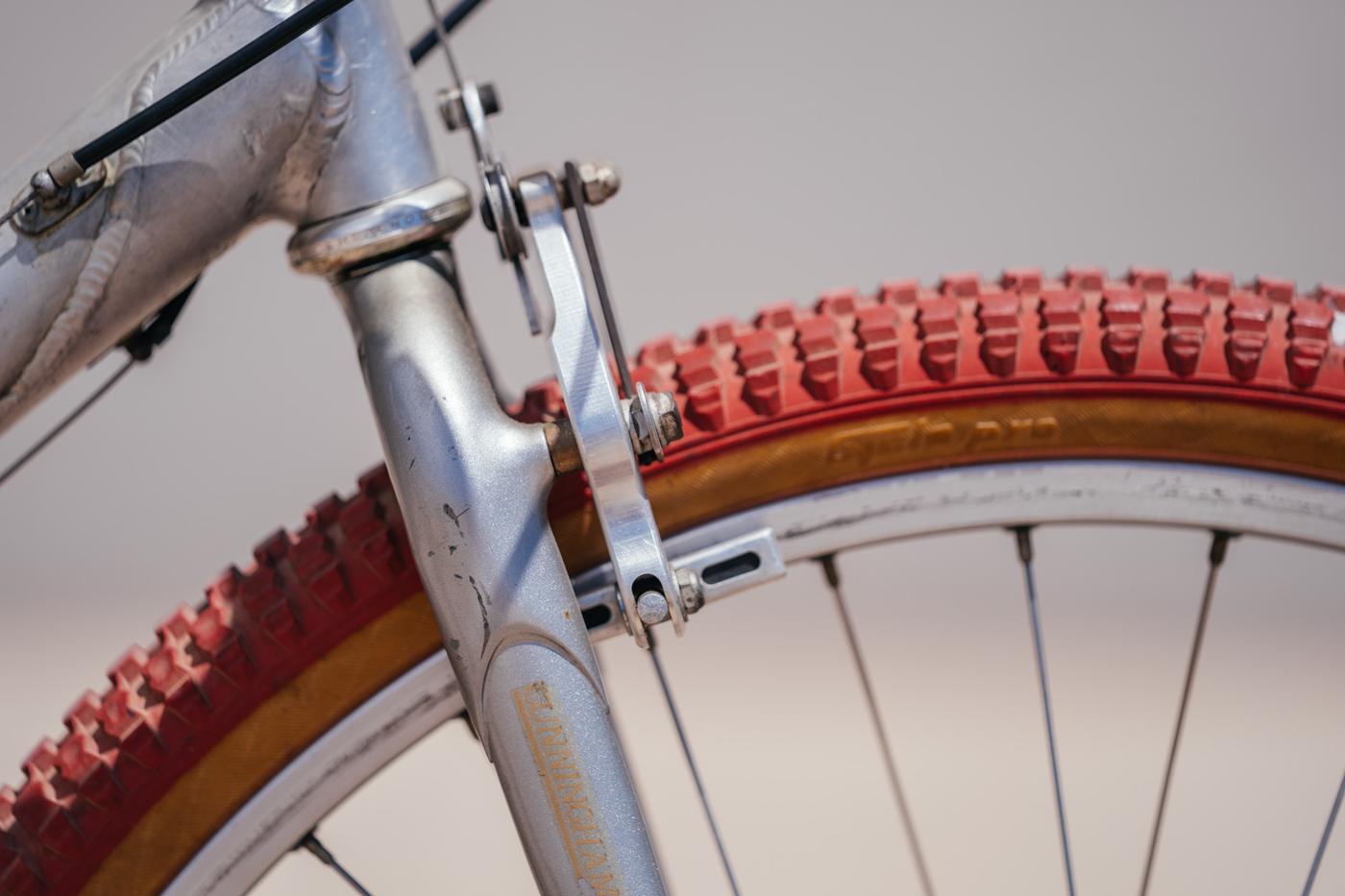 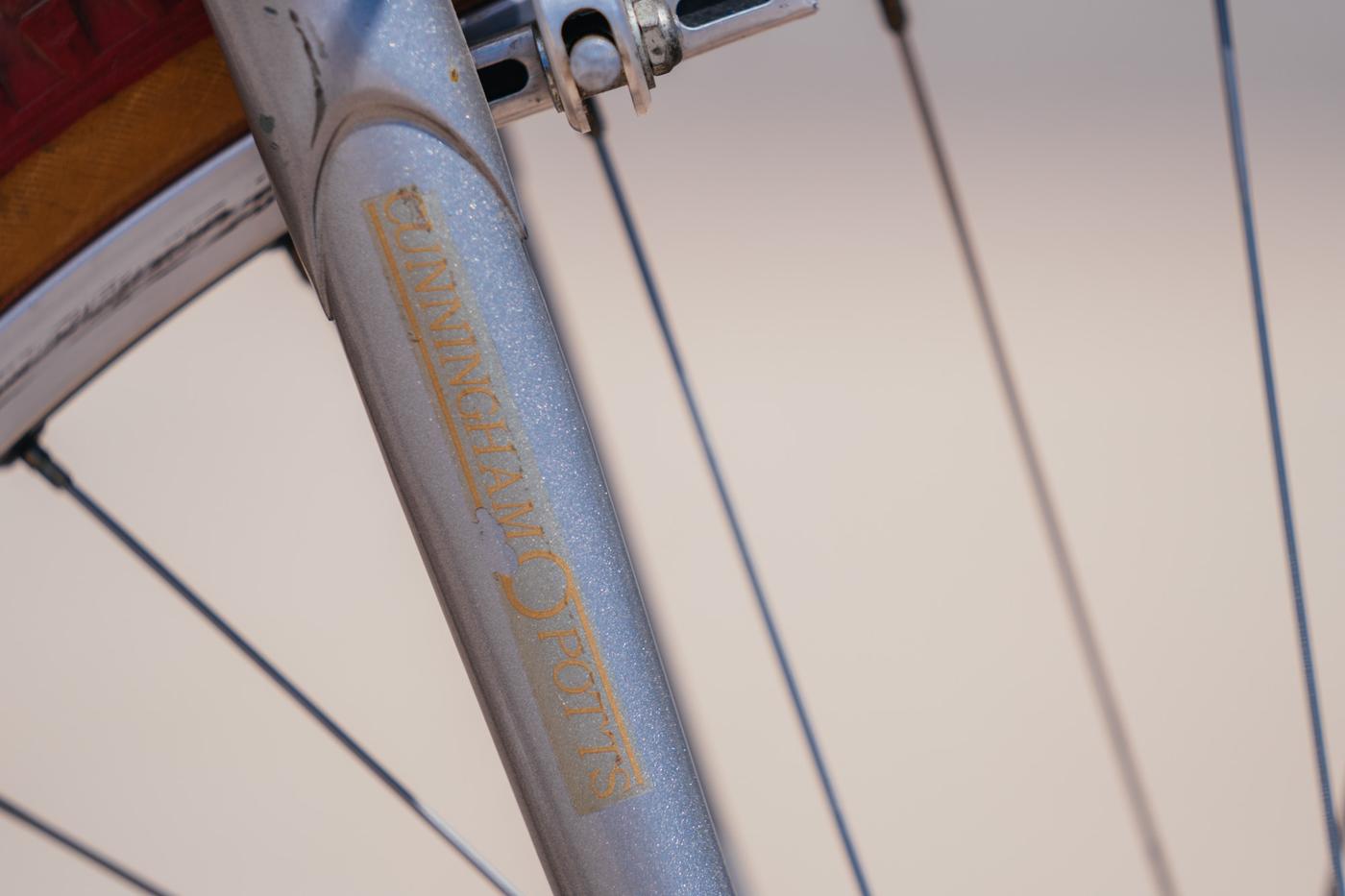 A Steve Potts fork is the centerpiece, which ties both the bike and the Potts/Cunningham friendship together, yet the original Otto bike had a straight blade fork. Many thanks to the Vintage MTB Workshop for the details on this build. Click that link to check out their full collection. I’d also like to thank the Pro’s Closet for letting me scope out their forthcoming museum! If you’re looking for a bike that’s in-stock and shipping immediately, in lightly used condition, with a 30-day no-questions-asked return policy, then check out the Pro’s Closet’s inventory, like their gravel bikes, which updates daily.

In 2015, Charlie Cunningham fell during his favorite bike ride and has accumulated massive medical bills. If you can, please donate to his GoFundMe.