Andy works at Argonaut Cycles. He’s been a bike mechanic for 20 years and like many cyclists, he loves to tinker. When Ben from Argonaut gave Andy this Ibis Mojo, which Ben bought when it was new in 1996, Andy wanted to make it into a drop-bar bike but as you can imagine, that took some tricky problem-solving. 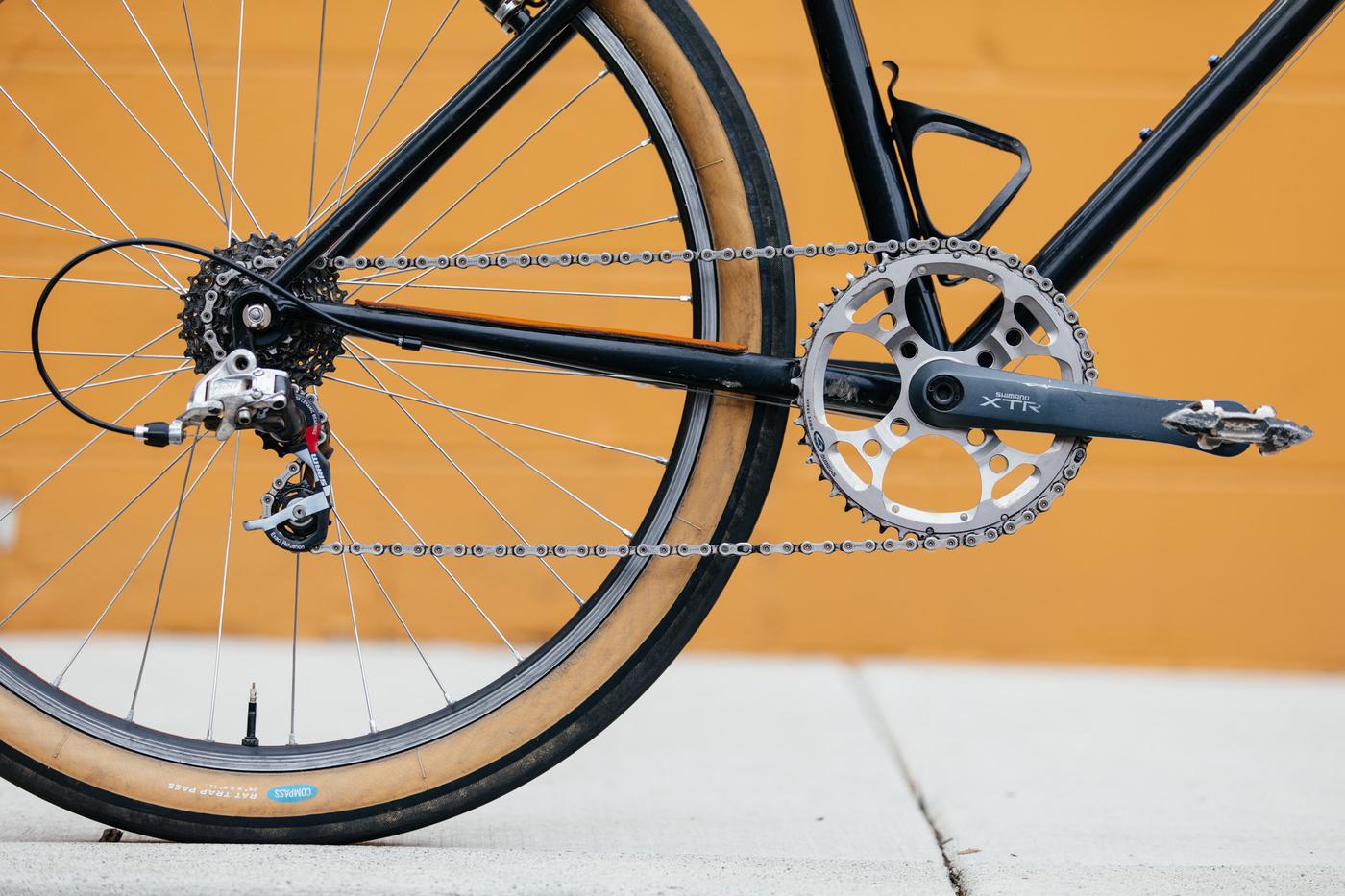 For starters, the drivetrain took a bit of wizardry to make work. The M952 cranks originally came as a triple. The inner two rings were removed, leaving the outer, bigger ring. The XTR 10 speed cassette was converted to 8-speed by removing various cogs, and finally, a SRAM Red short cage derailleur was machined down to clear the new, longer M3 limit screw. Those Force shifters work with the rear mech and believe it or not, the whole system operates flawlessly. 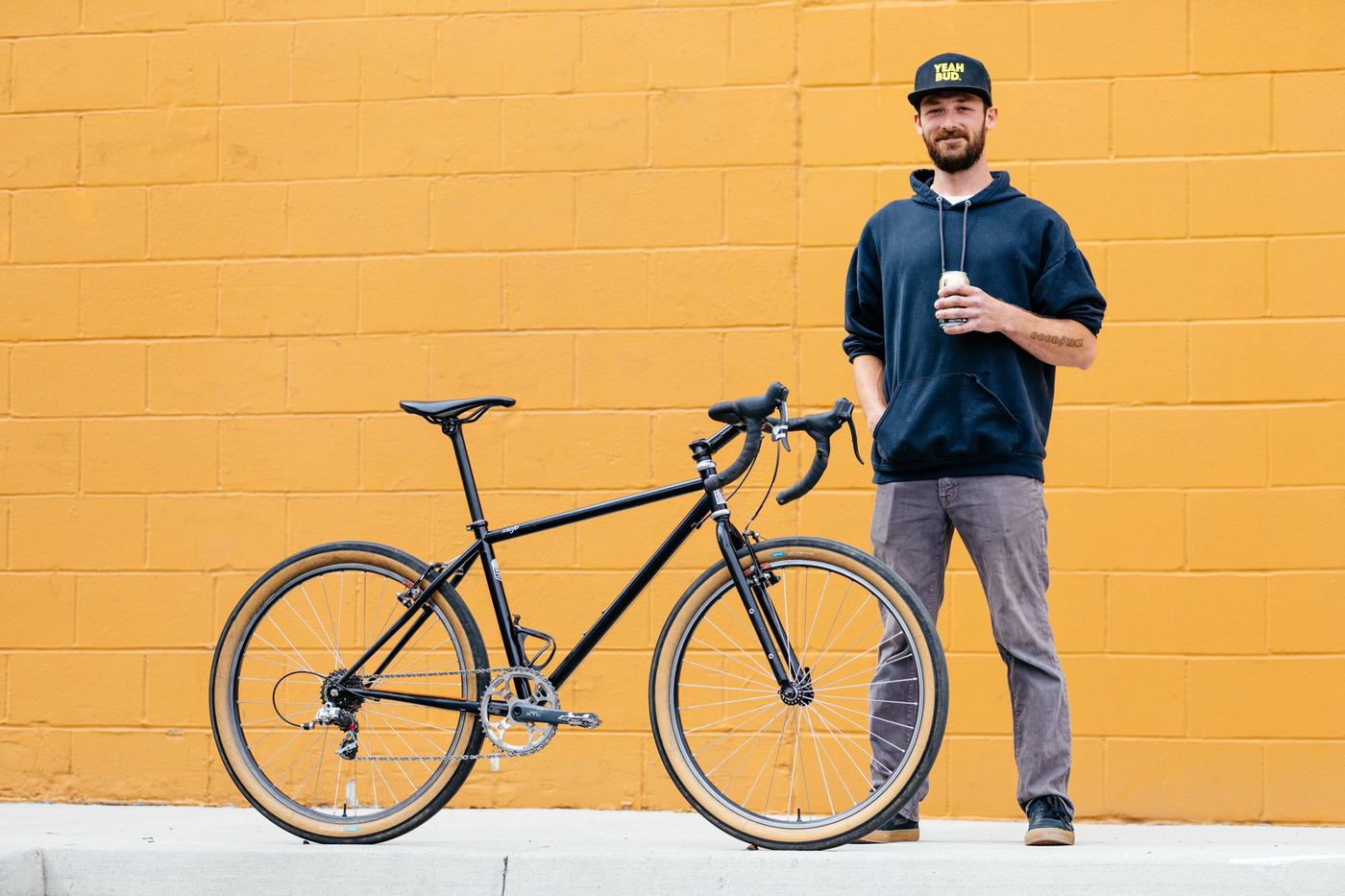 I love, love, love bikes like this, and Andy’s had a lot of fun building it up. Kudos to giving an old bike a new life!