One of Charlie’s most elegant and sophisticated bikes meant to show off his handy work. At the time it was one of the more expensive bikes he had built due to the fact that everything was hand machined. It’s one of the few smoothed, bondo’d and painted bikes made by Charlie Cunningham. He made nearly every component in some way. Former race bike of Joey Erwin built as he would have raced it in that timeframe. The frame features custom geometry, lightweight “team” rear dropouts and oversized vent holes in the bottom bracket and head tube cluster where main tubes join to further trim weight. This build features Yeti/Answer Accutrax fork and a custom Yeti steel stem. Components are Campagnolo Euclid which look great but work very poorly, especially the drivetrain. This 1990 Bradbury Manitou is one of around 312 made. Unlike other bikes in its era, this bike featured 115mm front and 145mm rear spacing. Something we’d come to call “boost” in the modern era. This allowed the wheels to be dishless due to the custom made hubs. It also featured a 90mm BB shell and a 145mm spindle to widen the pedal stance out. The fork is built from 4130 1 1/8″ OD fork blades with a custom Aluminum crown and a custom-machine Manitou stem. Even the angles on this bike are more modern with a 70.5º HT angle, 73º ST angle. 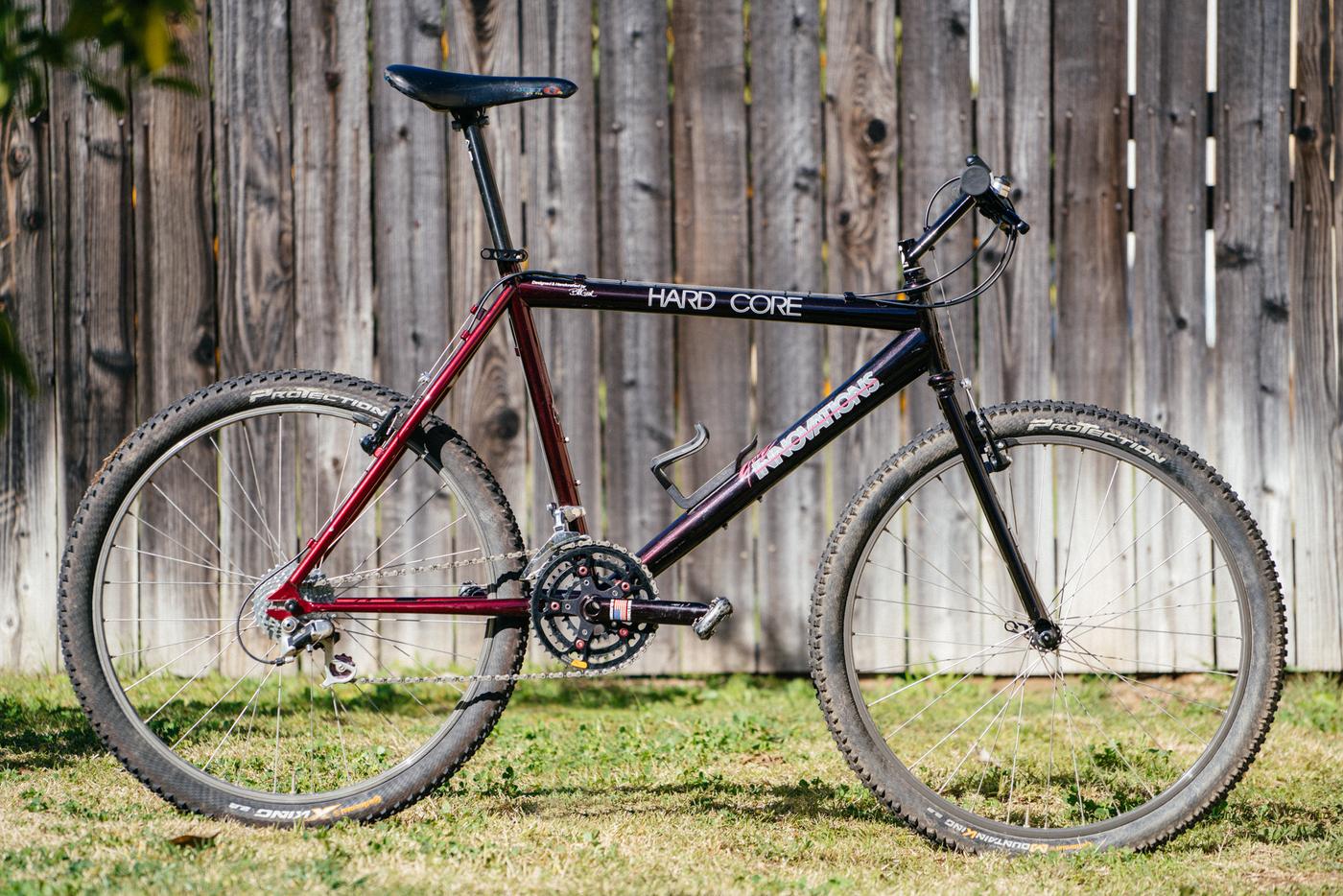 Bill Grove and his Grove Innovations frames are considered sacred ground in the East Coast’s MTB scene. These bikes, despite this one’s low-pro geometry were considered some of the first freeride bikes with their massive, oversized downtube, and beefy construction. If you could break a Hard Core frame, you were… well, you get it. Martin had this one painted by Bill Grove in 2012 and the final build features a Hard Core fork, Hothead cockpit and Hot Rod cranks. The BB height on this beast is super high, even for this era, measuring in at 13.5″, with a 72.5º HT angle and 73º ST angle.

I hope you enjoyed viewing this gallery as much as I did making it! These four builds only scratch the surface of Martin’s collection and hopefully, we’ll be able to feature more here on the site in the near future. If you’d like to work with Martin, give him a shout and follow Second Spin on Instagram.