“Today, under smoky skies, in 90-degree heat, I rode (alone) counterclockwise around the Nicasio reservoir. Eighteen years ago today (Saturday of Labor Day weekend) a habitually drunken driver killed Cece Krone. And I won’t forget how the judge dealt with it all (very low bail). The ‘murderist’ (whose ten-year-old boy was with her) was sloppily overtaking the weekly hammer ride, and in so doing rode up the stone embankment, crushing Cece and her bike. She’d been standing by her bike inside the white line, waiting for the group.” – Jacquie Phelan

Last weekend, on the anniversary weekend of Cece Krone’s death, we met up with Jacquie Phelan just outside of her hometown of Fairfax, California. We had just pedaled our way out of Samuel P Taylor, on a busier-than-average day in terms of traffic. Jacquie crested the hill wearing a tie-dye shirt and camel colored shorts. She rode a custom-decaled Specialized Ruby, with matching shoes and began riding next to each member of our touring posse, introducing herself and making small talk. 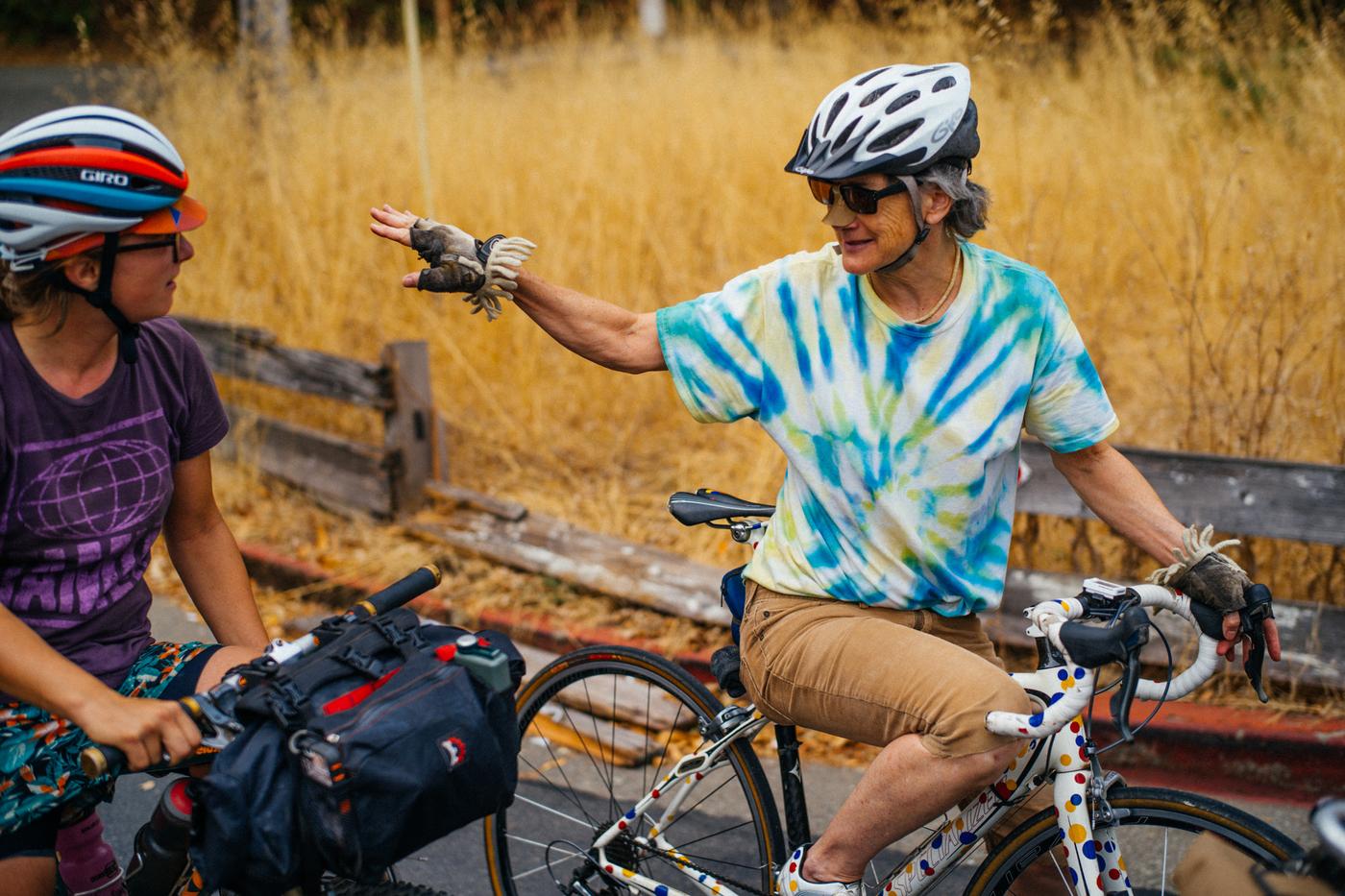 When she got to me, she immediately noticed my camera and told me the story of Cece Krone. Coincidentally, this was as we were nearing the site where Cece was struck by the drunk driver. This story really resonated with me, because Cece was a cycling photographer and she was riding that morning to document the peloton of the customary Saturday morning road ride out of Fairfax. 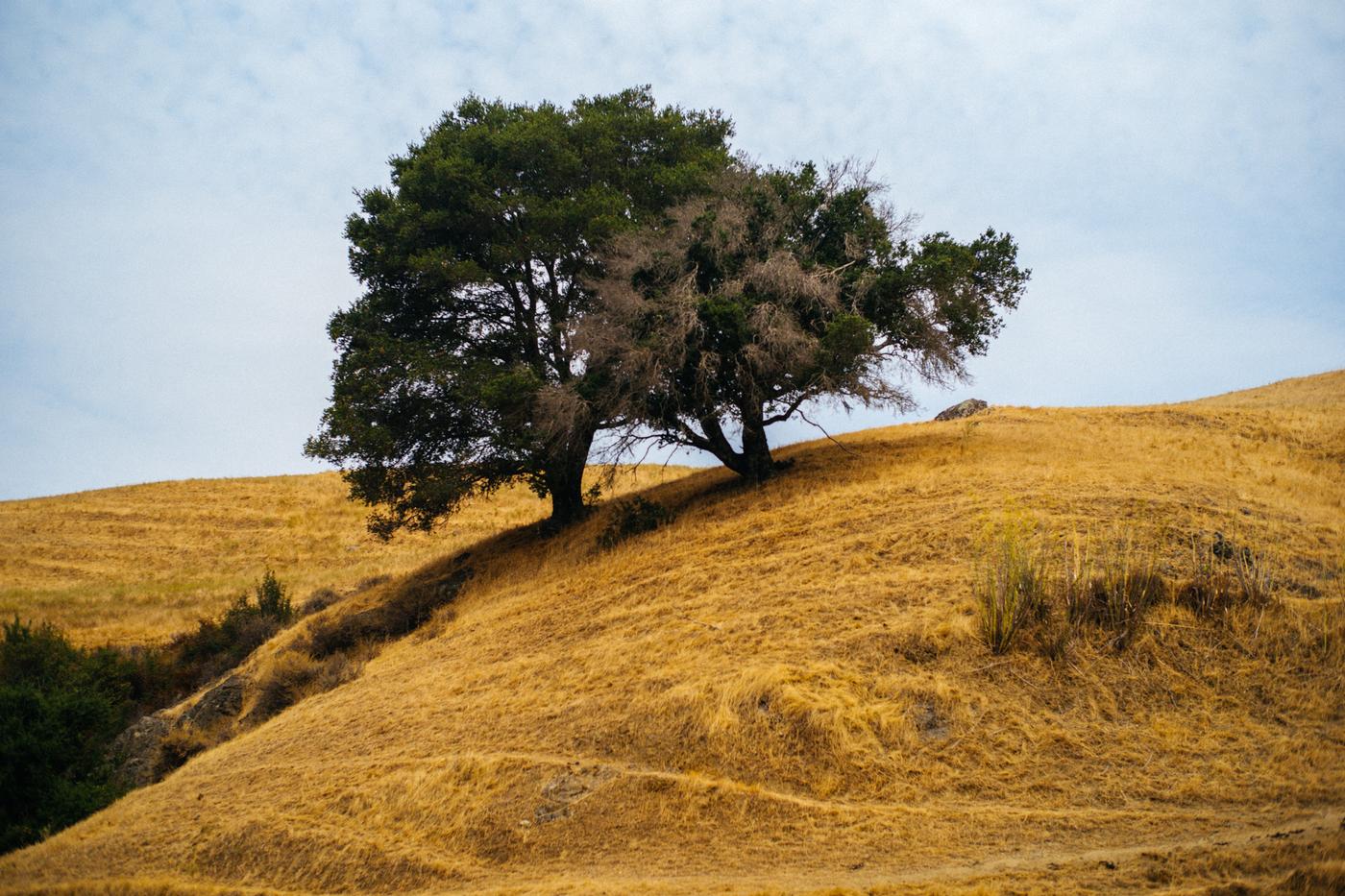 The way Jacquie told me the story was Cece wasn’t strong enough to keep up with the pack – she was carrying two 35mm SLR cameras after all – so she’d leave a bit earlier to shoot photos of them cresting the hill, high above the Nicasio reservoir. This is something I, as a cycling photographer, can identify with, and to be quite candid is one of my deepest fears; being killed while documenting cycling, by a car.

Now, people always say “they died doing what they loved” and that’s total bullshit, for no one loves to die.

After our very sobering conversation, Jacquie offered to take us into her and Charlie Cunningham’s home, which, as a photographer and a lifelong fan of cycling, is like a dream come true. Backstory: Jacquie Phelan and Charlie Cunningham are literal living legends of the mountain bike world. If you don’t know who they are, Google it. Charlie got in an accident last year while out on his daily mountain bike ride. No one knows what happened. A car could have hit him, or perhaps a deer ran in front of him, maybe he just washed out. All they know is Charlie was on the side of the road, badly injured. It’s now almost impossible for Charlie to ride a bike, due to his brain damage, but he can walk, which is what he’s doing for exercise and coincidentally, what he was doing while we were visiting Jacquie. Although he did arrive as we were leaving. I’ve met Jacquie and Charlie both, at separate events in the past, yet, like most people of their celebrity, they didn’t remember me. This isn’t a bad thing because I like meeting people and getting to meet them twice was a unique experience. While we were in their home, Jacquie let us poke around Charlie’s workshop, before serving us smoothies, made from fruit trees that grow on their hilly property. She showed us around the house and their property, asking us questions in order to get a sense of who we were. Afterall, we were inside their home. Out of respect, I kept most of the photos to the detail level, opting out of showing the overall space, or the extent of their backyard and Charlie’s shop. While Jacquie and Charlie are both warm and welcoming people, I got the sense that they enjoy their privacy. Jacquie’s introductory story has really resonated with me. As cyclists, we compete for space with vehicles that vastly overcome us, in terms of numbers and weight. We’re delicate animals, often wrapped up in the endorphin dose we receive while pedaling or focusing on our stroke or breathing, but in that one breathe, everything can change.

Be careful out there.

You can read more of Jacquie’s writing at her blog and you can support the Marin Museum of Bicycling by visiting their space and donating!