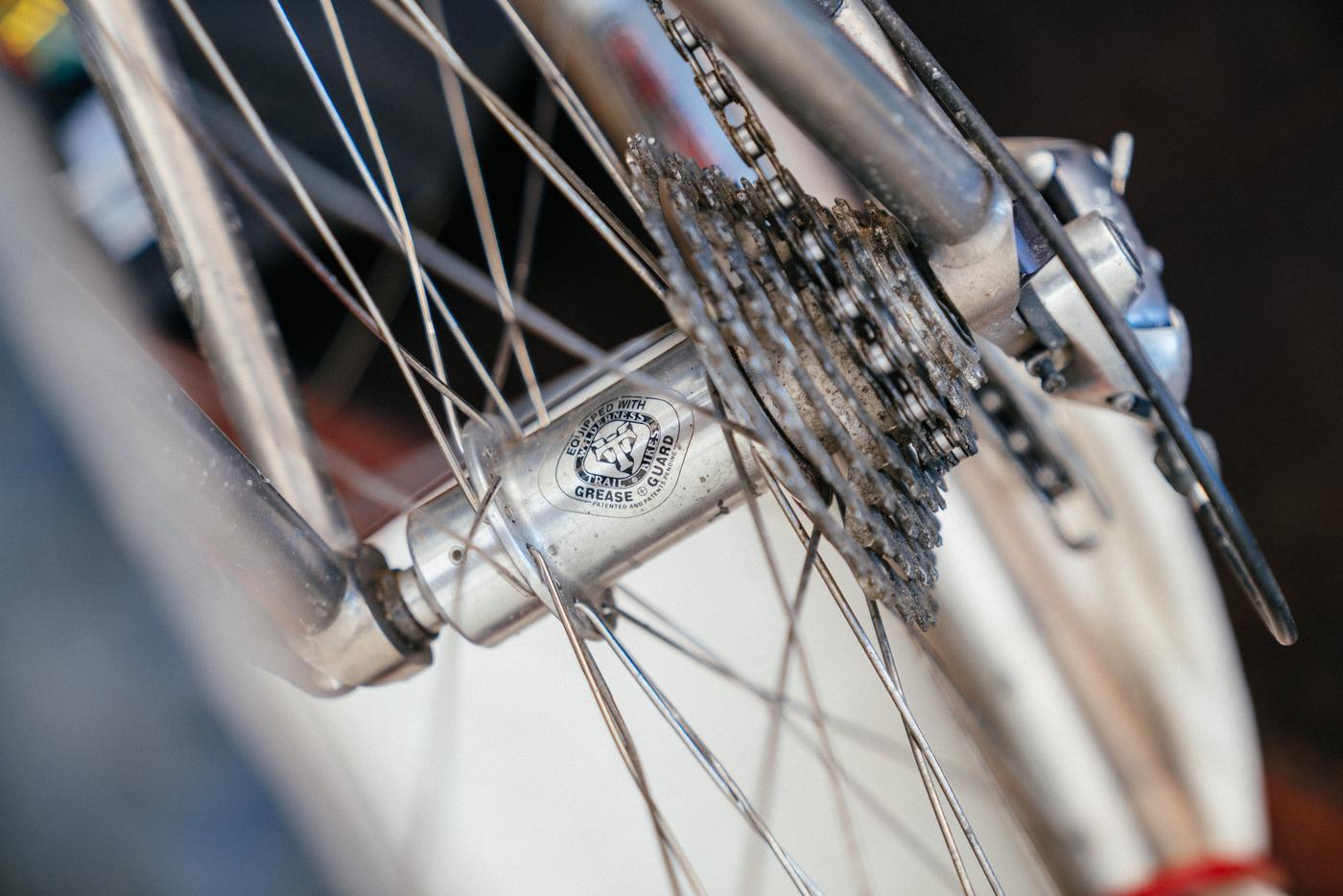 Martin is not a collector. He’s a restorer, a curator of what many would argue to be a rather awkward, yet unique time in mountain bike design. While vintage road bikes carry a certain sex appeal still to this day, some vintage mountain bikes just look awkward. Unfortunately, for many of those bikes, the looks imply a lot about the ride, yet sometimes you’d be surprised. Back in the late 80’s and early 90’s, the mountain bike industry was figuring itself out, resulting in a lot of experimentation, at both the companies’ and consumer’s cost. Undoubtedly, this is still happening to some extent today. Maybe this is painting a bleak picture for the cycling industry, and that’s not my intent here. Let’s just say the idiosyncratic evolution of bicycle design was heightened in the late 80’s and early 90’s due to the fact that the brands and builders had an open playground, with their only limitations being their imaginations, materials and construction techniques. Take a look around Martin’s bike shed, where his operation is distinguishable through the somewhat visual cacophony. On one wall are the bikes in rideable condition. Every complete bike at Second Spin Cycles has pedals installed. Something I found interesting as many “collectors” have bikes hanging sans pedals for either display or storage reasons – pedals can scratch frames and components if stored or stacked tightly. Wheels and frames are hanging from the rafters, waiting to be paired. Components are clearly labeled and tires, stacked. Martin’s guilty of buying as many of the modern brand Onza’s 26″ tires while they were still being made. While the vintage casings and treads may look great on a wall-hanger, all it takes is a single ride to make them deteriorate. 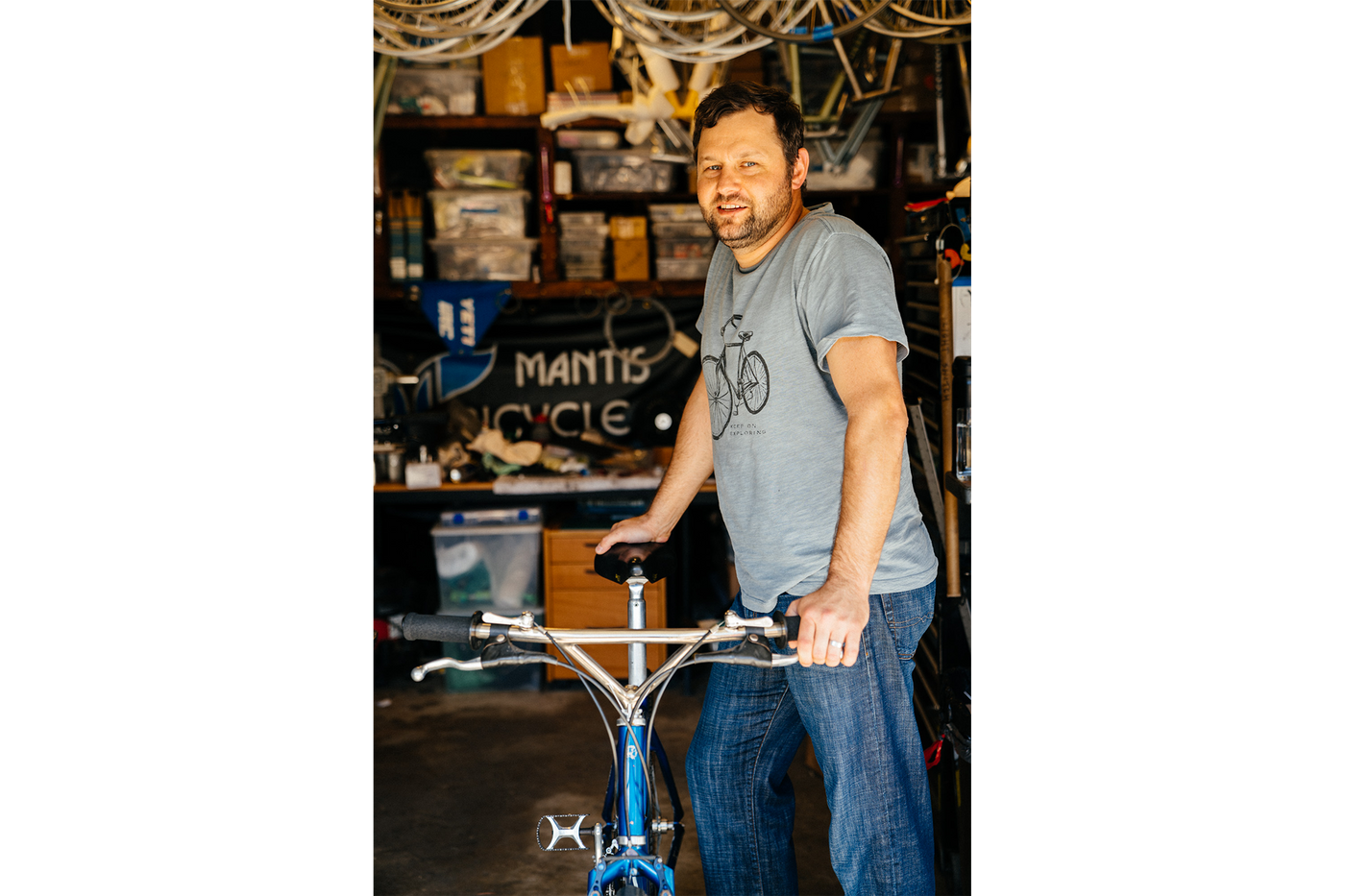 Martin rides each of his bikes. Well, aside from those which his customers have ordered and minus his grail: a 1985 Cunningham Indian #10. While we’ll look at a few of these bikes tomorrow in a gallery, today I wanted to focus on Martin’s space. Including both in the same post would result in neuron overload. 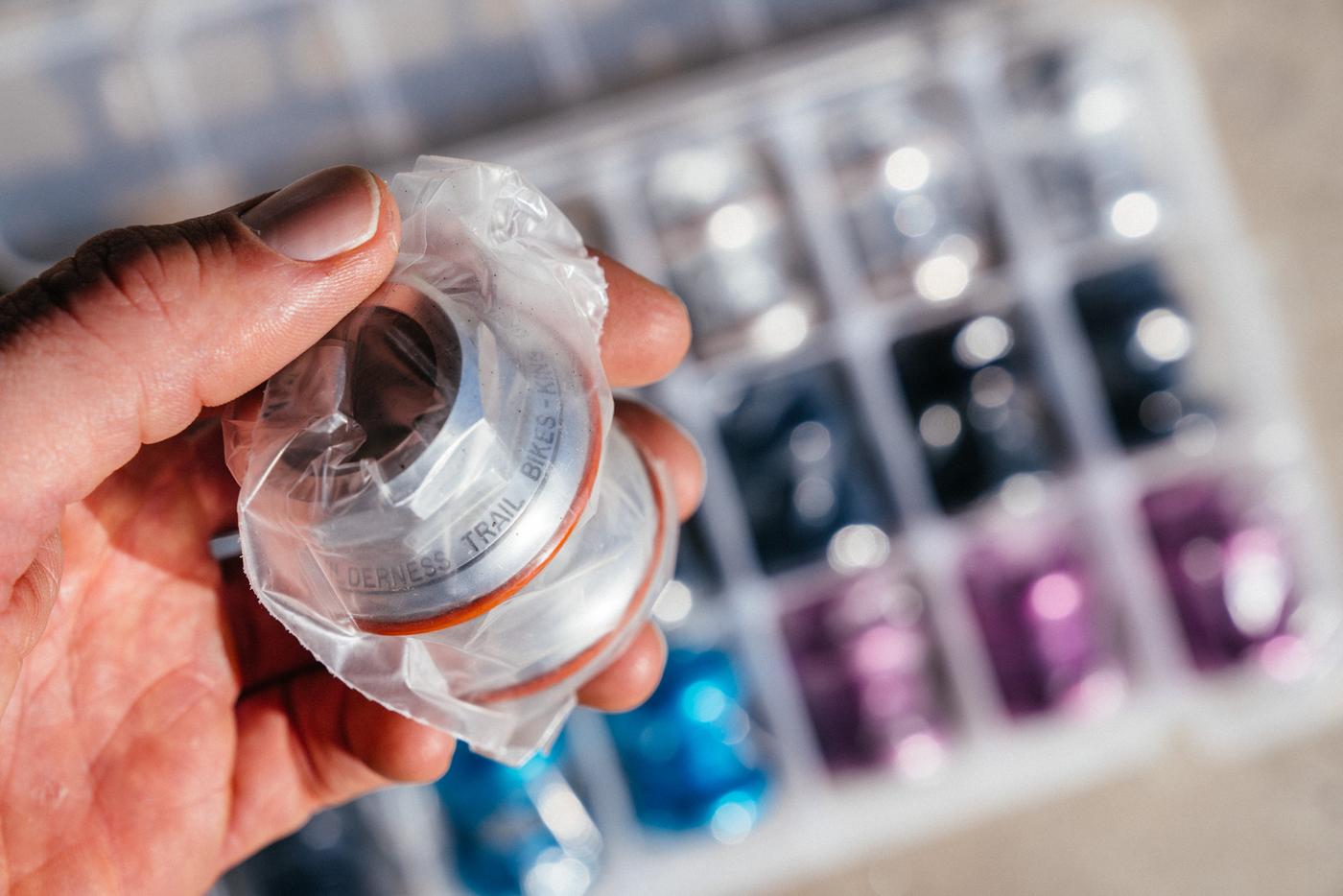 When Martin isn’t working remotely for his “real” job, he’s actively searching for components and frames to restore for either his own stable, or a client’s. Most people contact him looking to build up the dream bike from their formidable years to ride, or simply hang on a wall. The thing with vintage mountain bikes is, just because they look flashy, doesn’t mean the ride will equal the aesthetics. Take Campy Euclid for instance… sheesh! Each frame hanging from the rafters has a story, both in its own history and how Martin acquired it. Take his catalog of Manitou frames. He easily owns more than 10% of all the frames built over the years. 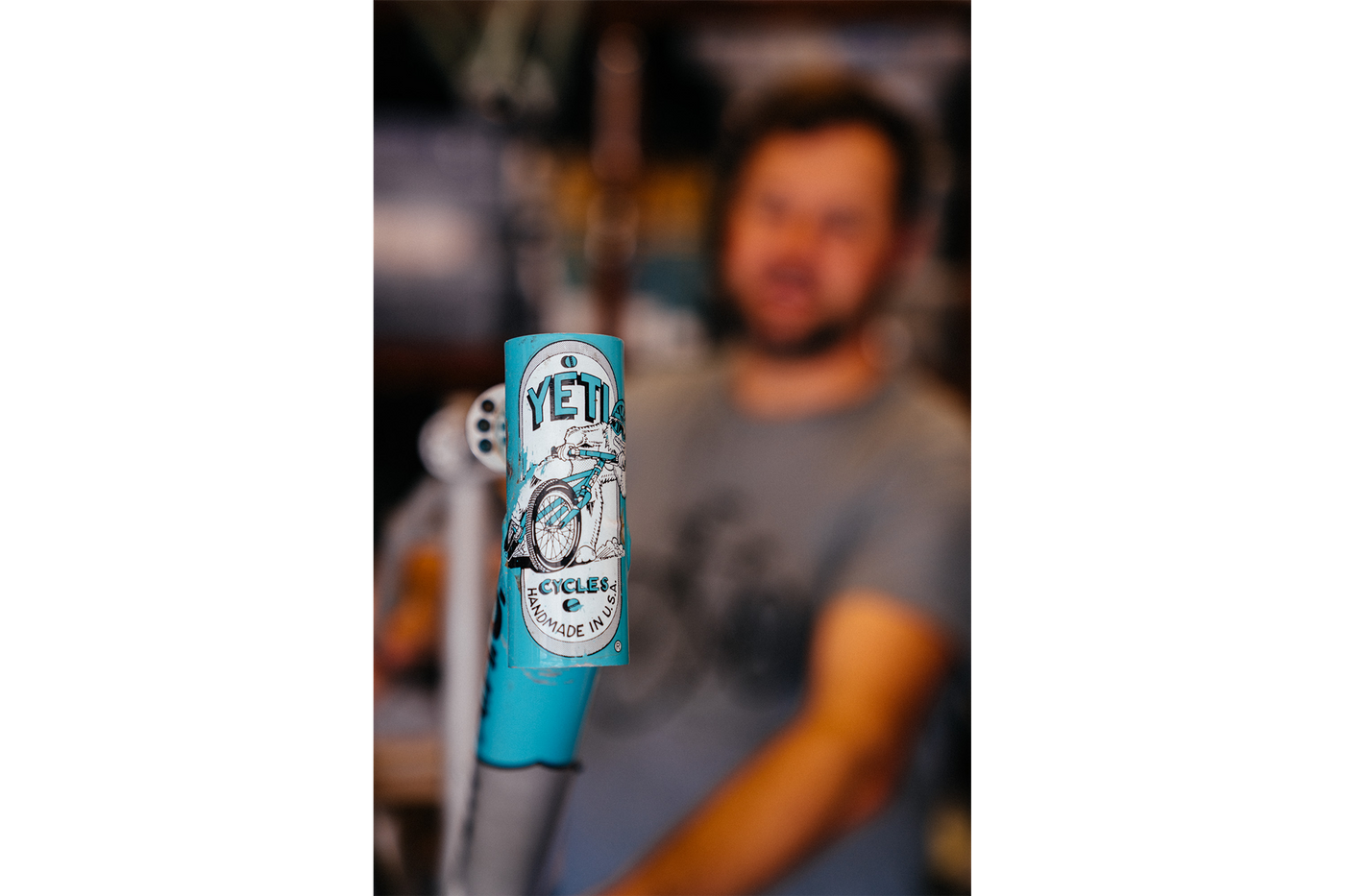 From Yeti, to Fat Chance, Klein, Cunningham and Grove Innovations, the frame materials, build kits, colors and stance of these bikes are all unique in some way. It just takes a dedicated soul to bring these classics from the era of canti and v-brakes back to life. We’ve seen a few of Second Spin Cycles’ projects here on the site over the past several months, and it was a great honor to see Martin’s operations yesterday. If you’d like a wall hanger or a ride down memory lane, holler at Martin. He works with clients from all over the globe on re-creating their dream bike.