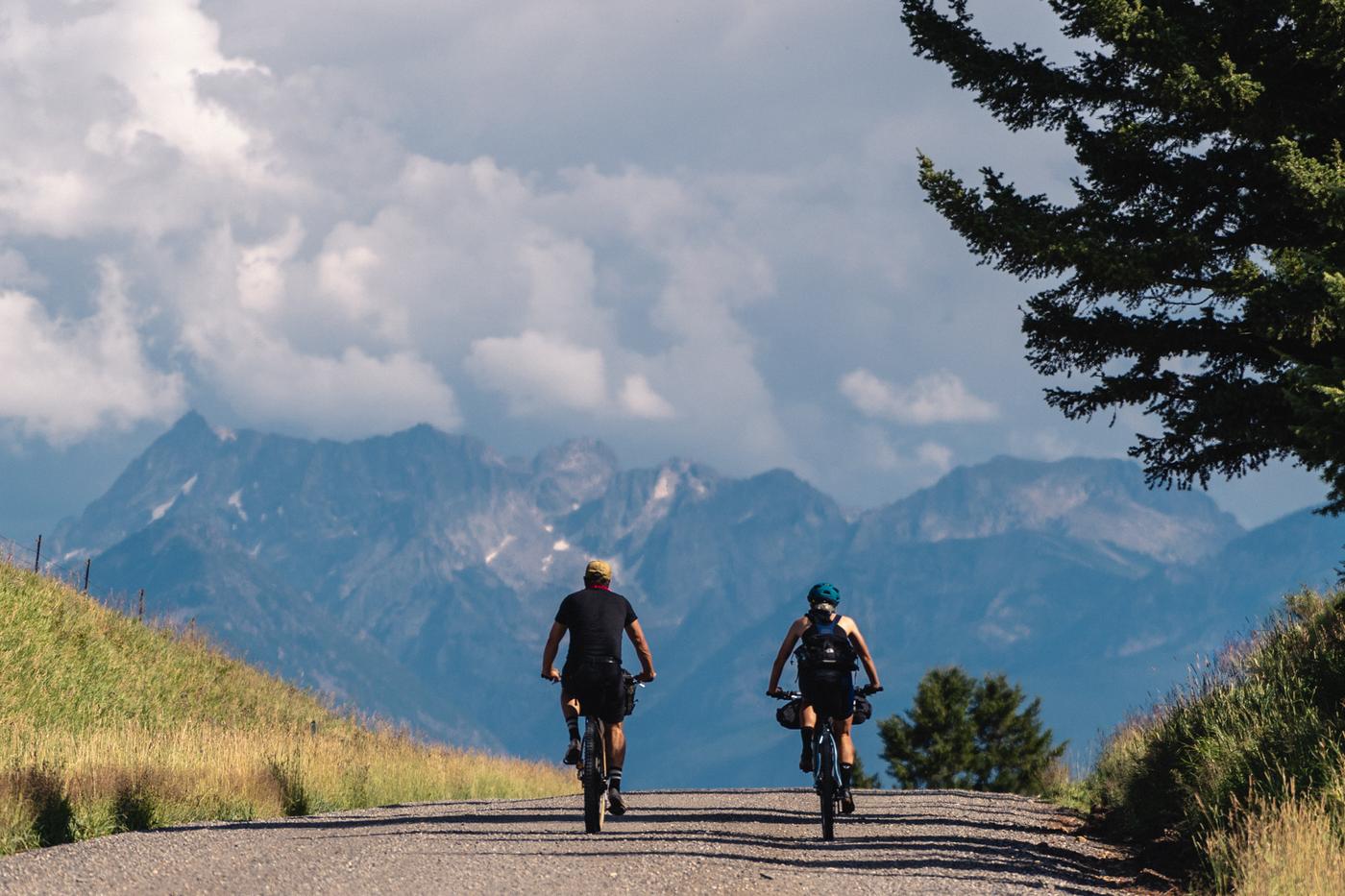 When the bikepacking bug bit, I found myself traveling to far off places, often in the prime time of Summer, to go ride the classics: the Colorado and Oregon Timber Trails, big routes that someone had posted on the internet somewhere and made a whole thing out of. Those were amazing trips, but as I dug more and more into my local riding, I found that trips just as grand were waiting for me out my front door. It has really been fun to dive deep on that realization, and with the way things are in the world now, it’s looking like a great summer ahead, full of local exploration. 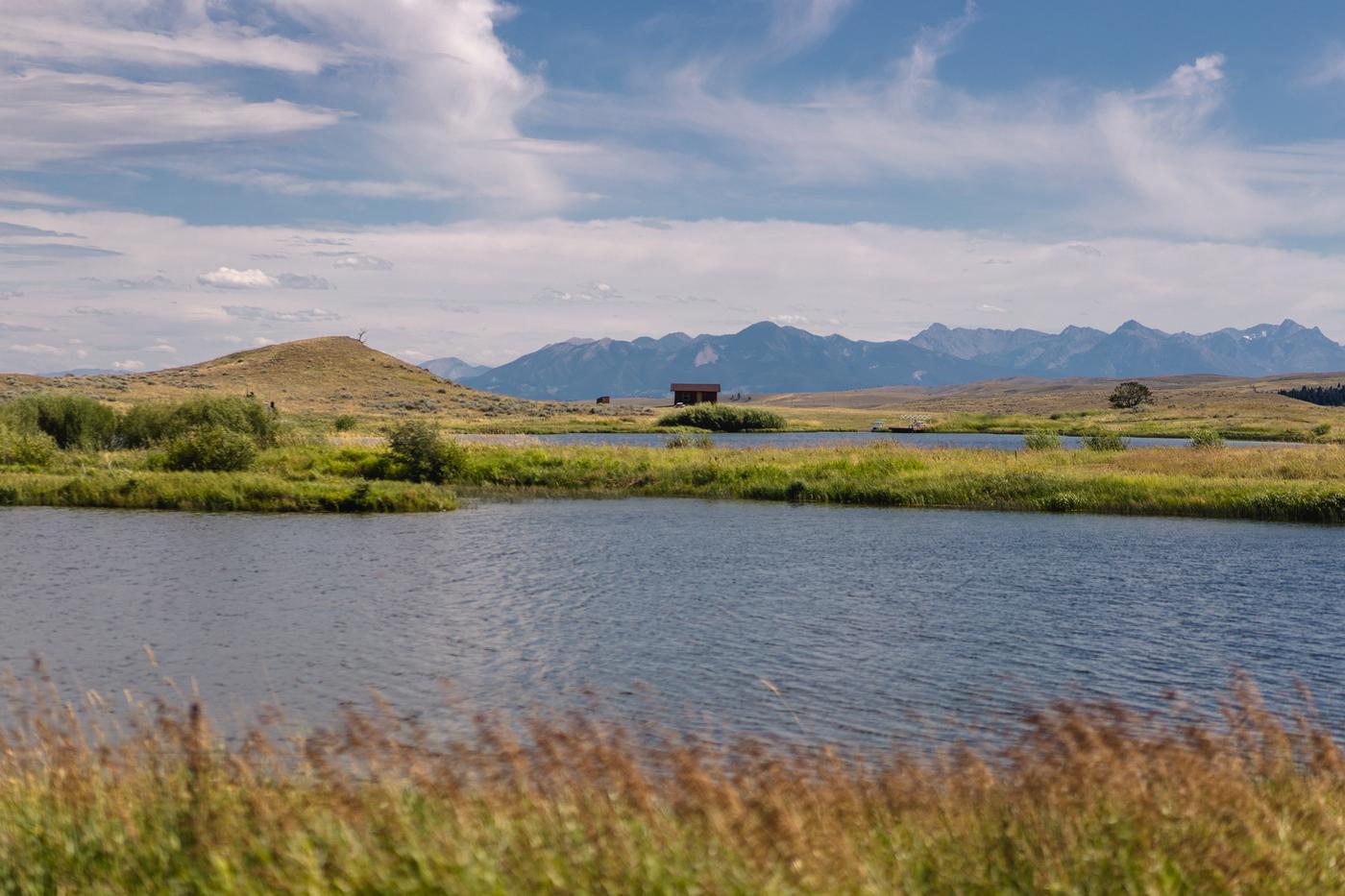 Bozeman has popped up more and more on the map for cyclists in the past few years. With that, I have received a lot of questions about routes to do in the area, and this one has become my go-to recommendation. It is a route I have done some variation of at least once a summer for the past four or five years. While it can be done as a rather ambitious day ride, I recommend taking 3-4 days. Take some time to slow down and enjoy the scenery, smell the smells, talk with your friends, eat biscuits and gravy for breakfast in a quaint western town (when it is safe to do so), carry a cast iron skillet in your basket and chill out. After all, did you come to Montana to be in a hurry? I am going to mostly talk about this trip here, but you can find more info on the route at Sklar Bikes. 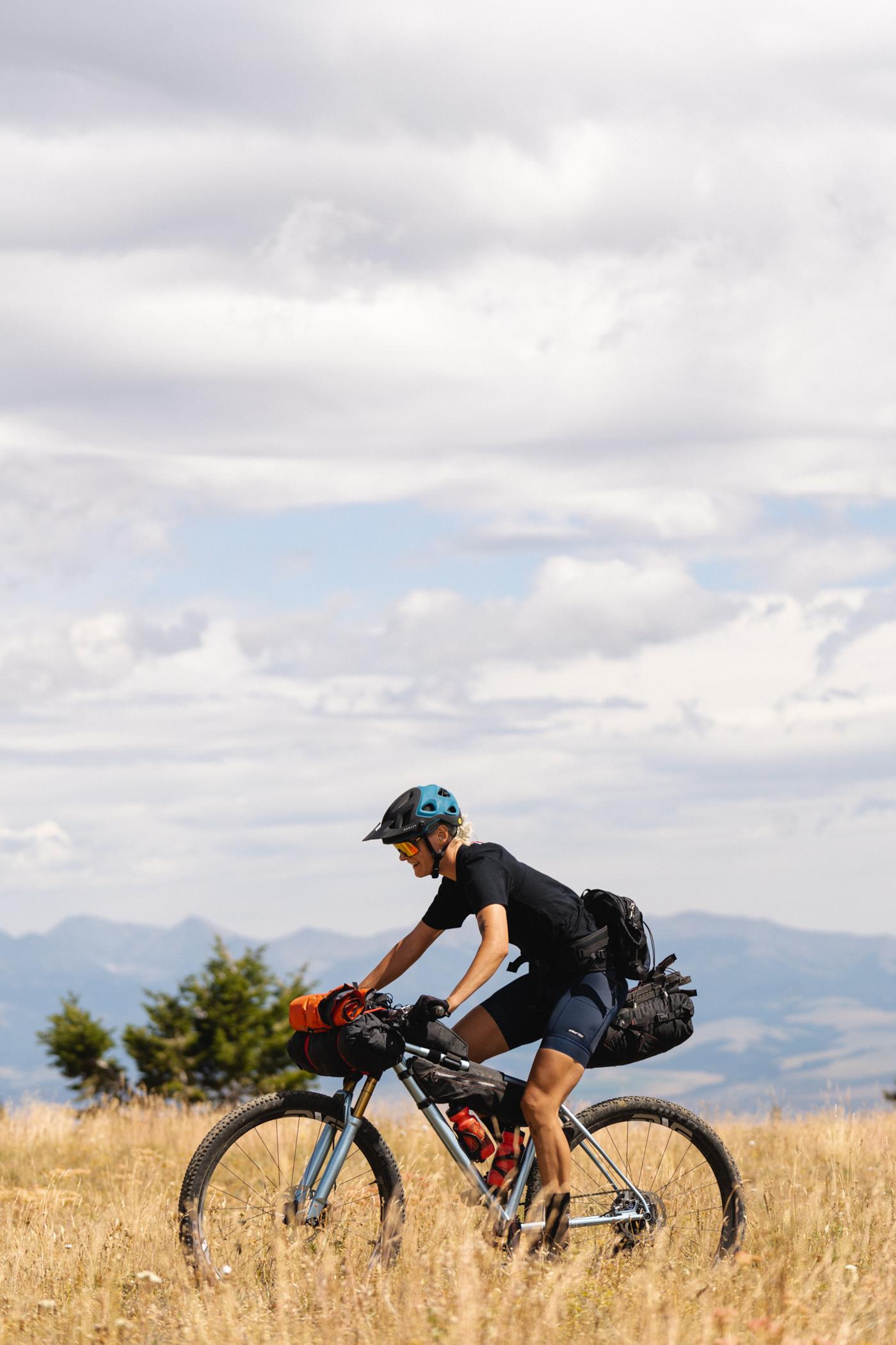 It was late August when we left for this trip. Ivy was spending her first summer back in Montana since moving away and we invited her to join us on her first-ever (bike) camping trip. Something we could hardly believe possible for someone who grew up in Montana. If you follow the cyclocross scene much at all though, you know Ivy is not to be messed with. Joining us on the trip, our pal Colin. Colin and I became fast friends when he lived in Bozeman and we bonded over a mutual appreciation for grueling, long, overly ambitious rides – something we don’t do as much these days.

Anyhow, we left town after lunch headed east towards West Pine Creek, a meandering Forest Service road that climbs up to a pleasant creek with stunning views. Getting there is no chore either – Trail Creek road takes you up a very mellow climb only to drop you down one of the most beautiful dirt roads I have ever had the pleasure to ride, staring at the Absaroka range and the “Gateway to Yellowstone” the whole time. An area inhabited by the Crow, Blackfoot, Shoshone, and Flathead people for thousands of years before Lewis and Clarke stopped here on their famous journey and the place was taken over by ranchers, miners, movie stars, and wannabe cowboys.

We kept the pace mellow on the road, eventually settling into camp with plenty of time to watch the sun go over the mountains and warm our frozen tamales over the fire. Our friend Tom rolled up to camp at last light, he had to work a little later but made it out in good time with a skateboard strapped to his rack to go hit the skate park in Livingston the next day. We cozied up around the fire and had a great evening talking life and telling stories. I feel warm just thinking of those times now. The world is weird and I hope we can have those again soon.

As the sun poked up into the valley we all rose, made coffee, and a light breakfast, and then we were on our way. The descent down Pine creek is quick and variable. Keeping eyes on the ruts can be tricky with such amazing scenery in every direction, but we all managed. Straight ahead the Absaroka mountains stand guard to the expansive Beartooth Wilderness and one of the ranges that form Paradise Valley. The Yellowstone River runs through this valley and to the South is the entrance to Yellowstone National Park. To the North, where we were headed, is the old railroad town of Livingston, a hideaway for artists and notables like Jim Harrison, John Mayer, Tom Brokaw and most importantly Jimmy Buffett, who is rumored to have written the iconic song “Cheeseburger In Paradise” about a cheeseburger that he ate in this very valley – Paradise Valley. No joke. 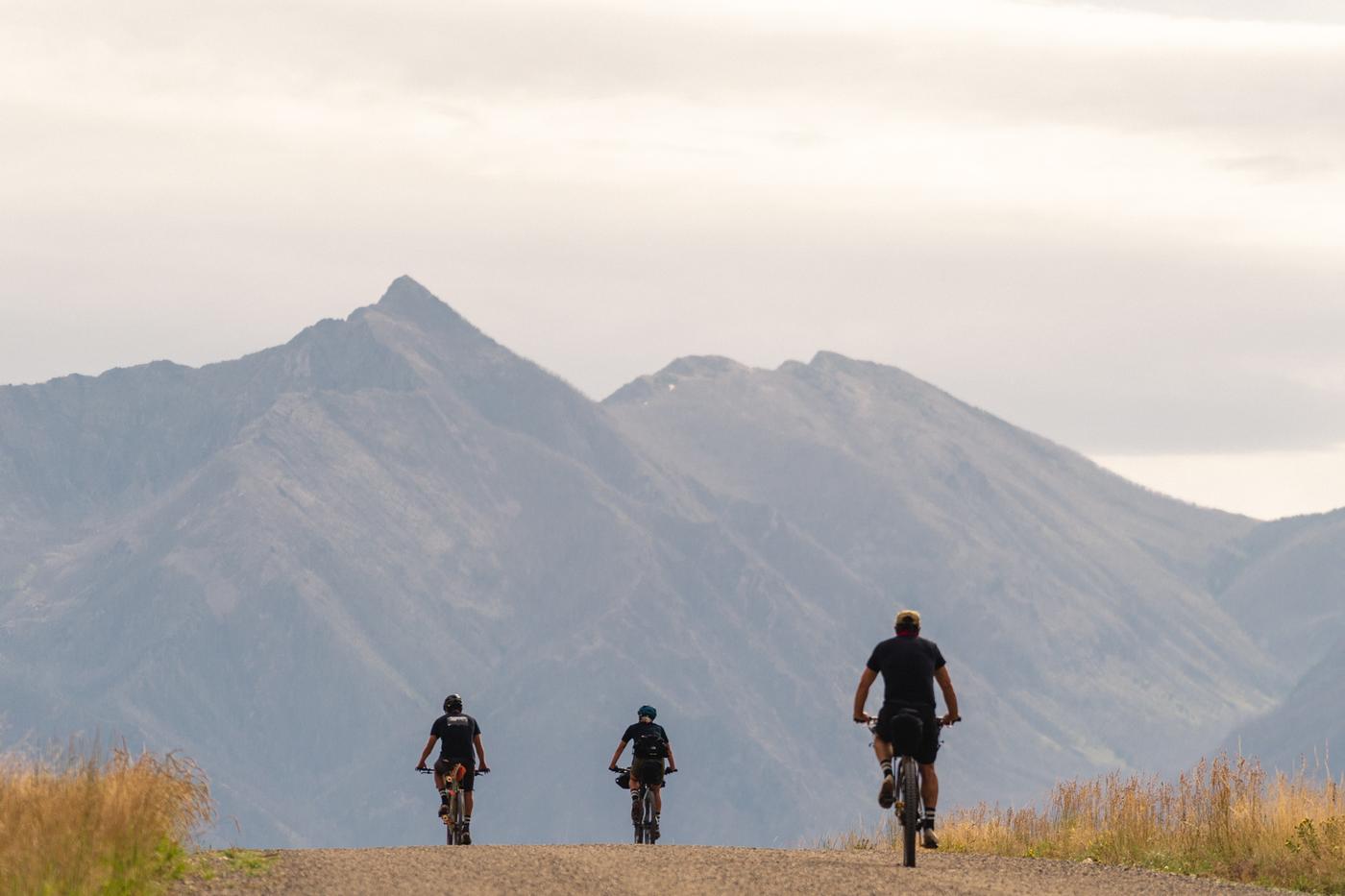 With that song firmly planted in our brains, we rolled down dirt to a bike path that took us right in town. Breakfast at Gill’s is highly recommended (I got the huevos rancheros) before hitting the grocery store on the way out of town. Fully stocked for two nights, we headed towards a third mountain range, the Bangtails. A winding exposed road called Willow Creek swoops up from Livingston until hitting a forest service gate at the foot of this smaller range. We weaved through grazing cattle right on up past the last stream crossing towards a ridgetop campsite. Though a couple of springs and a creek were on our maps, we were greeted by only a dusty creek bed and a tiny trickle at a cow-ridden spring. Thankfully we had a few boxes of wine each and we happily drank those like water, something we would all regret in the morning.

A storm we had been eyeing all afternoon moved closer and closer but turned off just as the sun set and we were treated to a wall of pinks and blues. It was nice. 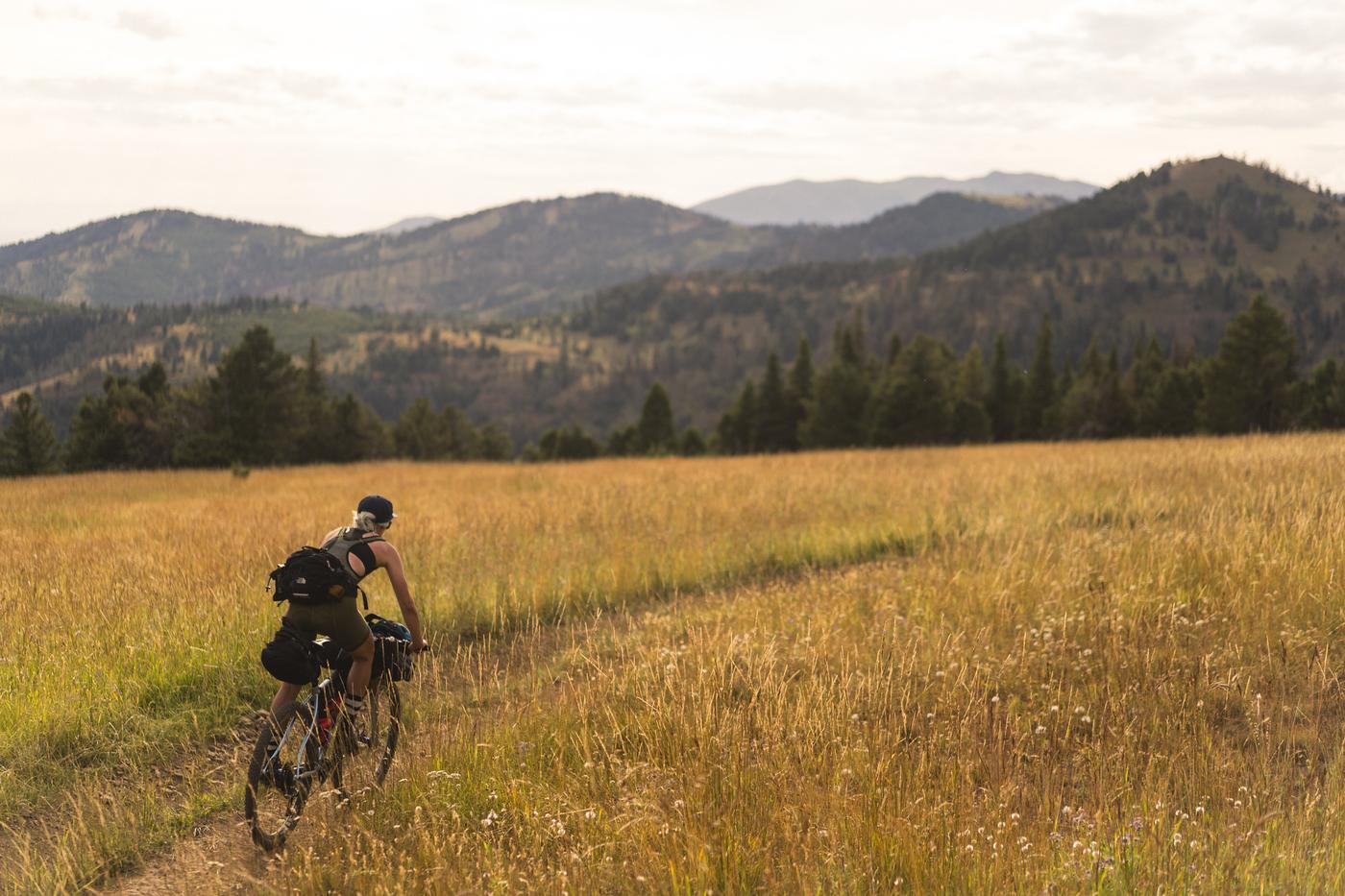 We awoke… slowly. Turns out maybe boxed chardonnay isn’t the best substitute for water. Lucky for us though, Colin had hauled up a cast iron skillet and we had a pound of bacon to cook. As headaches engulfed us, just as fast as the August sun started beating down, we slowly made breakfast. We were looking forward to a singletrack descent down the Bangtail Divide trail (an IMBA EPIC ride), but mostly wanting to get the heck to some water. When our salty snacks were finally consumed we packed up camp and finally headed down the trail. Parched and tired, we made the call to head back to town early and skip our third night out. Sometimes that happens. 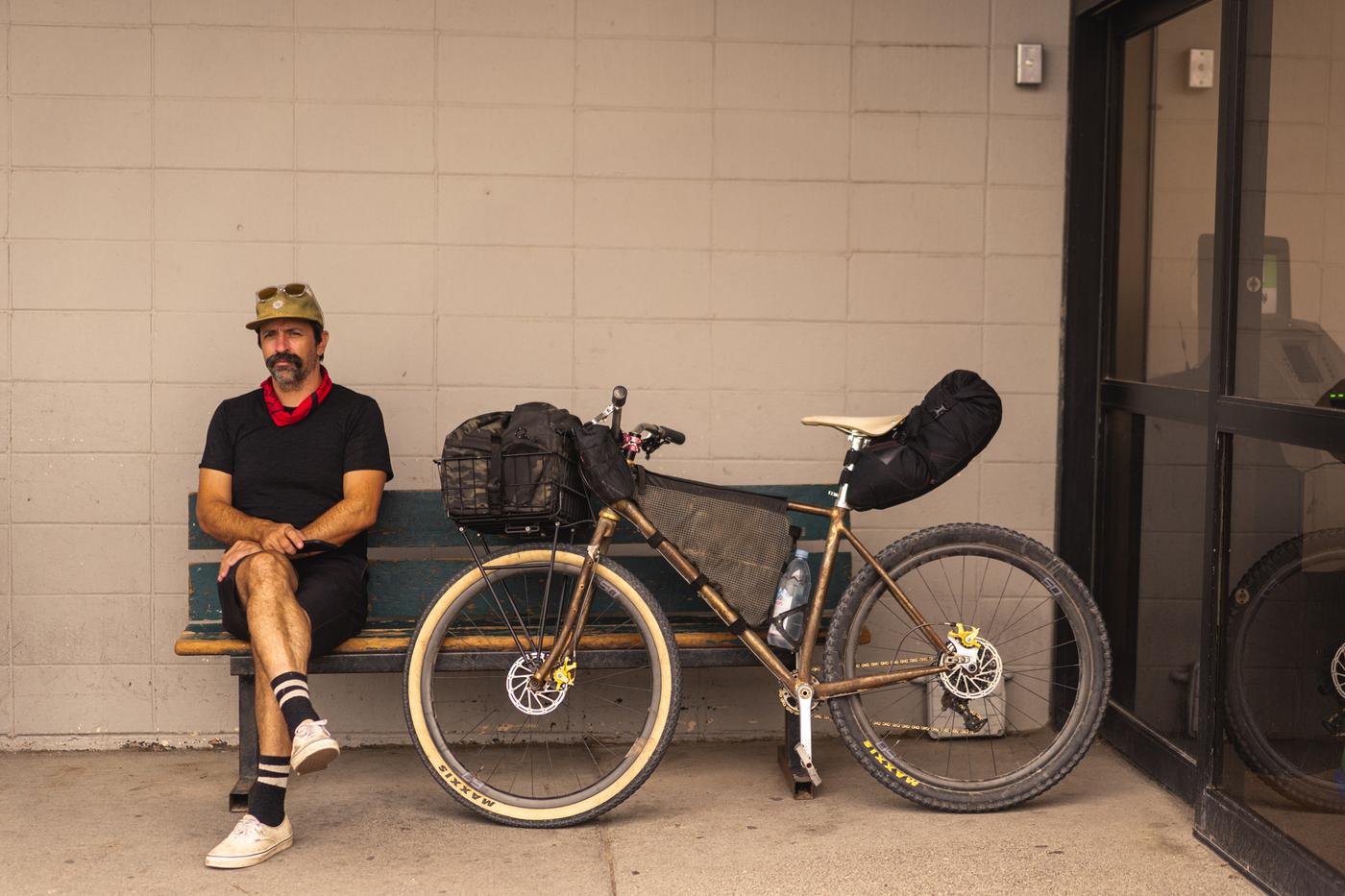 Anyhow, I guess what I am getting at is that these memories, like the memories from almost every bicycle tour, are really fun to look back on. I had originally wanted to show this route to the world as a fun thing to come to Bozeman in the summer. Now though, I would like to ask you to please not travel to Bozeman this summer. That said – bicycle touring is really fun. It can be done safely and responsibly from your home these days. You don’t need someone on the internet to give you a route to do it. Go check out some maps, pore over Ride with GPS, get your quarantine buddies, and go sleep in the dirt.