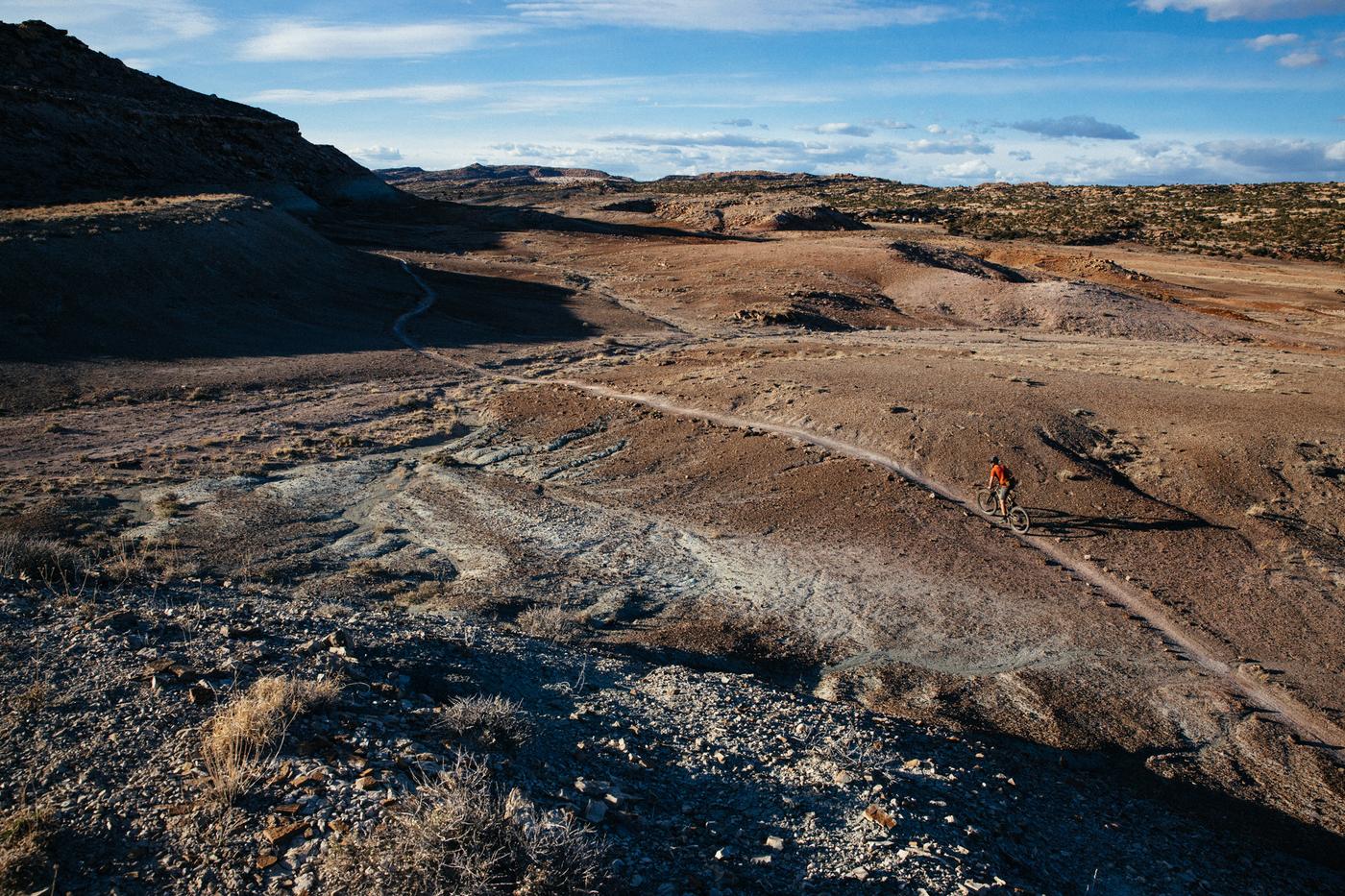 Let’s backpedal a bit first. This zone – the high desert – has been the stage for various experiments over the years, primarily through the US Government and entities like NASA. You see, when NASA was developing their rovers, robotics and other technologies, they chose certain high desert test sites. Many of which are now open to the public today and are truly unique pockets of interestingness in what can be otherwise deemed as vast, open desert. All this makes sense and while I doubt that’s what motivated Adam to bring this bike to Utah, it does, however, make for some post-happenstance rationalization and storytelling. Hey, I love the desert and all the weird idiosyncratic tales associated with it! 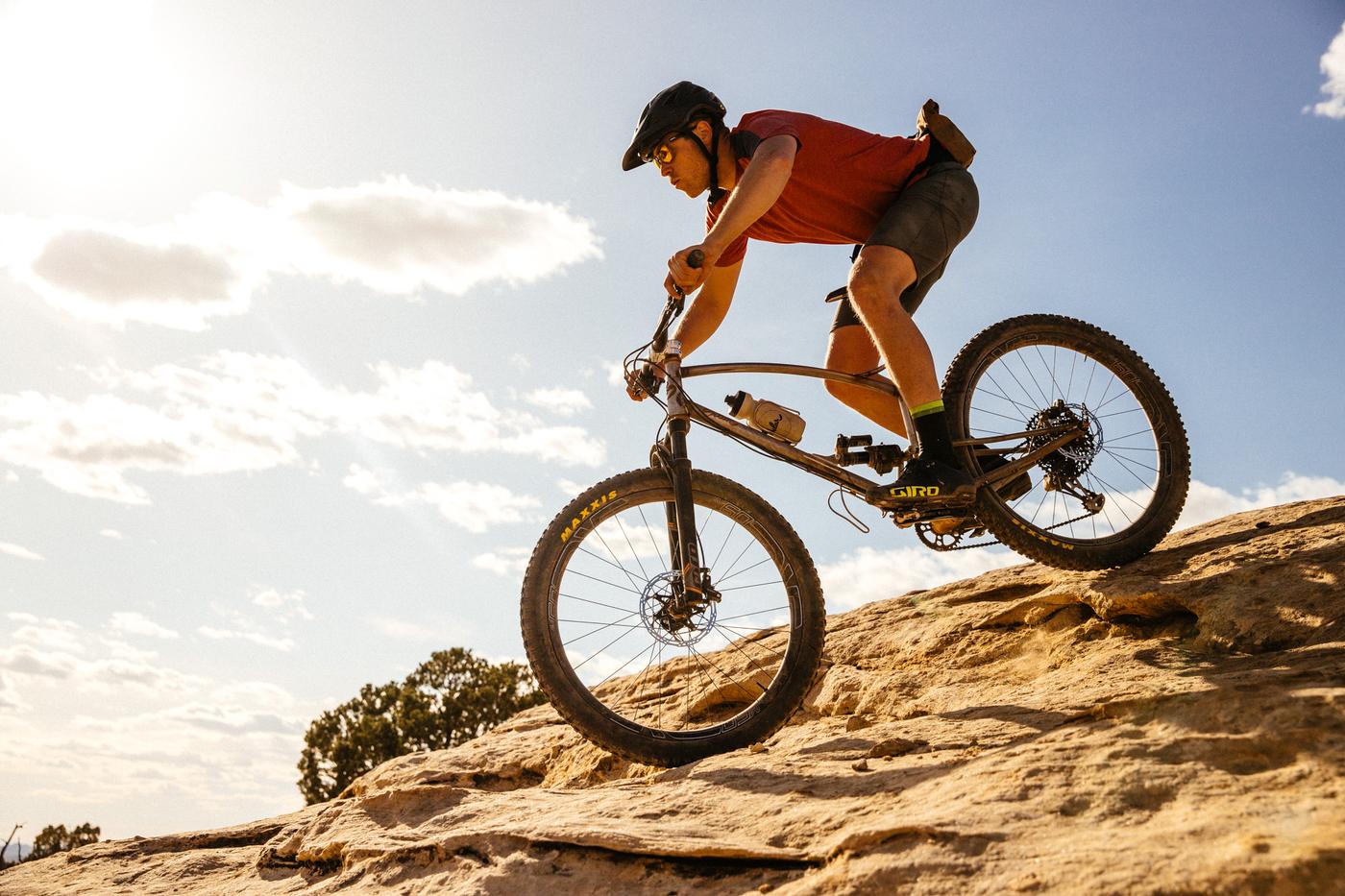 As you’ve probably concluded already, from looking at these photos, this is a first for Adam; at least in outwardly sharing the final product, a single pivot full suspension. At first, I thought the bike might have been titanium, but then I saw the brazing and realized, it’d be pretty difficult to take on a ti version first, since Adam primarily works in steel. This frame’s suspension design is straightforward and simple; Adam commented during the shoot that other suspension design’s patents are opening this year, making it possible for small builders to use other pivot designs, without having to pay costly licensing fees. Perhaps those are too complex for these kinds of bikes, or perhaps they’re the kind of challenge that people like Adam would like to pursue. Eventually… 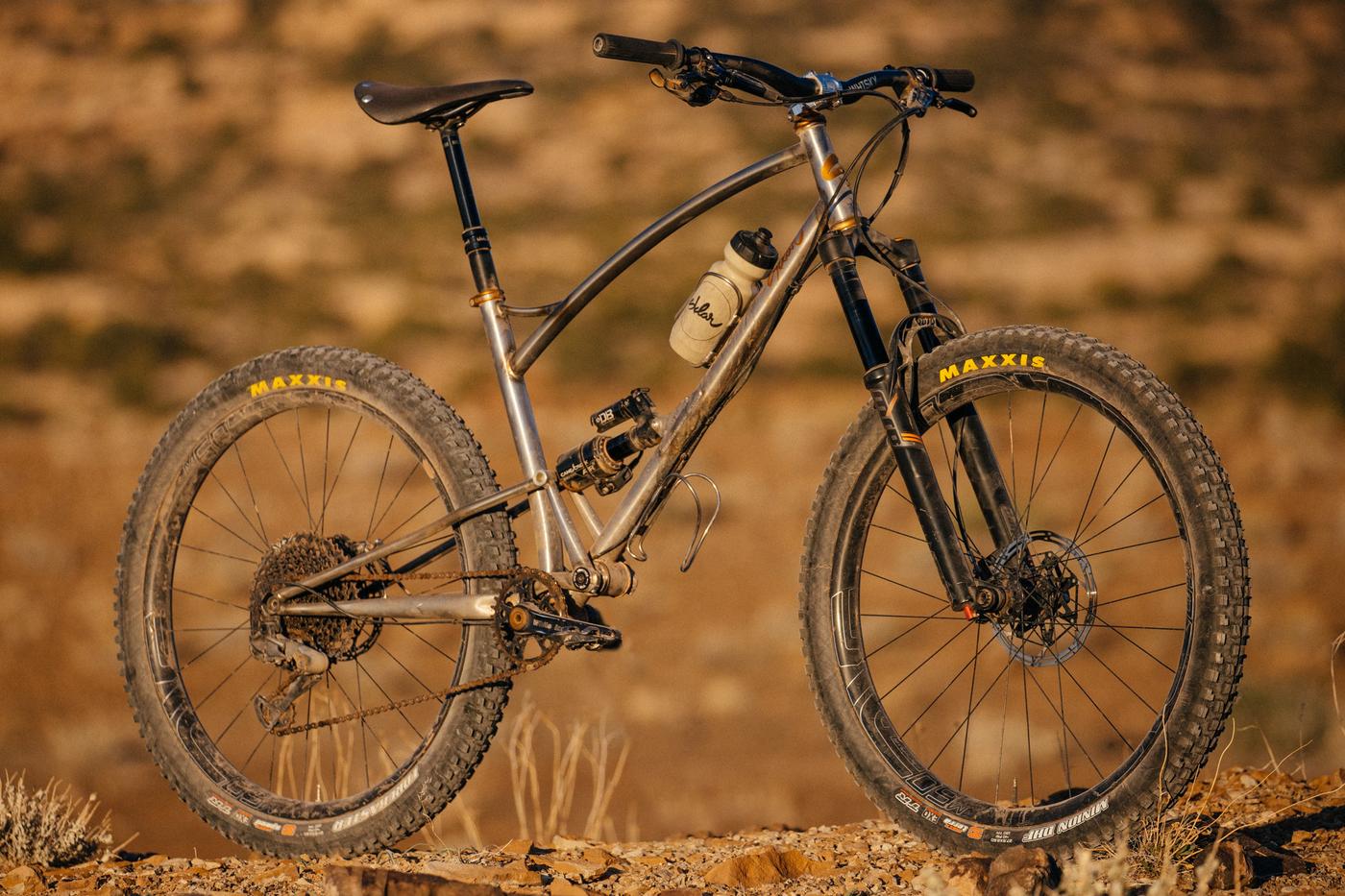 We’ll call this bike a prototype because, truthfully, Adam isn’t sure how well it’ll hold up to rowdy riding. If it does, however, it could pop into Sklar’s offerings and if that’s the case, sign me up!