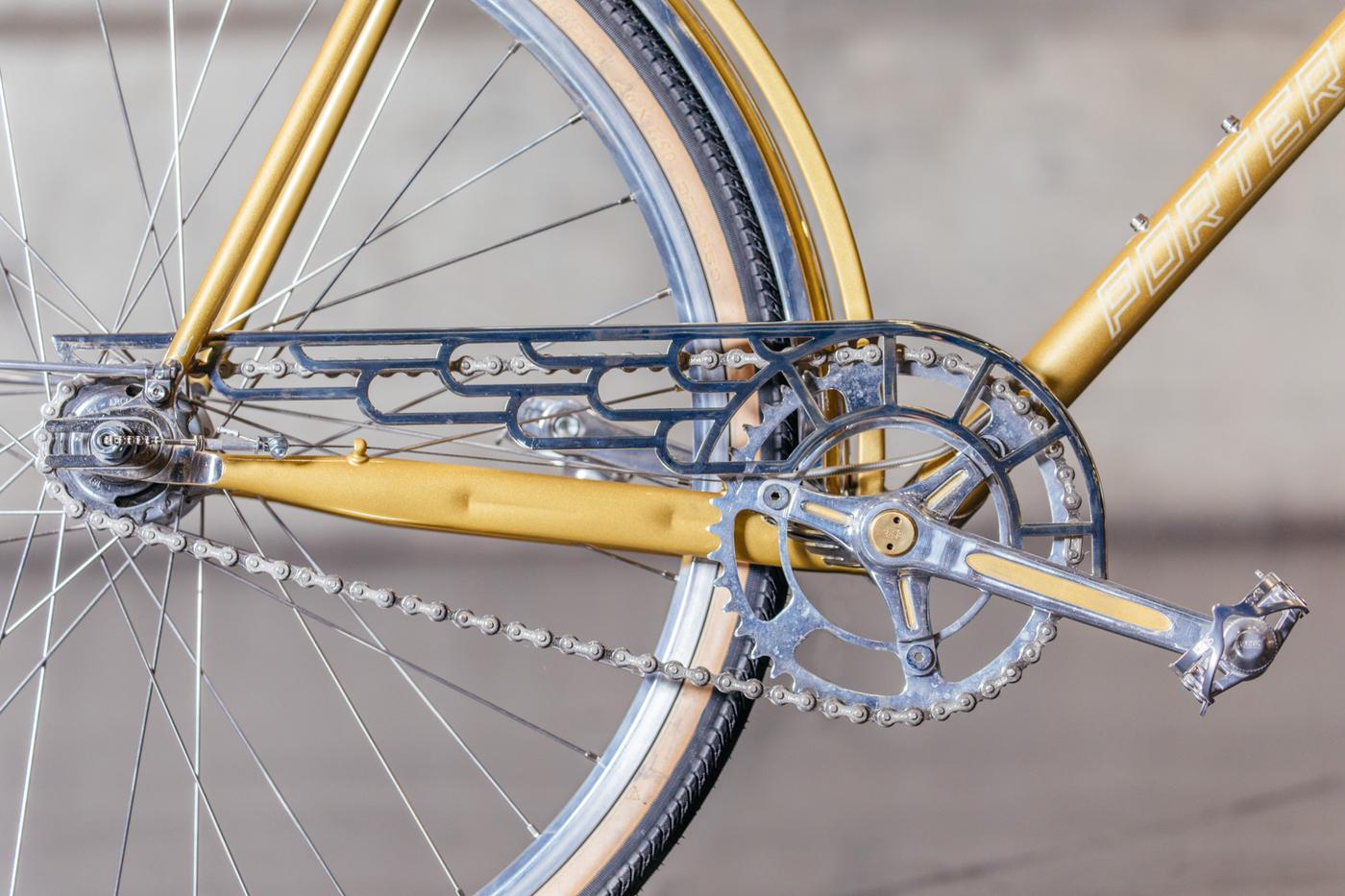 Townies are meant to be functional. You lock them up on a signpost, or a bike rack, run inside, grab your groceries and head home. Or you meet a friend at a café for a coffee, or a pub, or what have you. Living in New York for 7 years, we always had shit bikes for this use because if they got crushed, or stolen, it wasn’t a big deal. This bike, however, is more art and artful than it is functional and utilitarian. Yet, the artisan approach that Tom put into the whole process, the finishing, the design, the damn Art Deco vernacular of New York City inspiring him via some form of proximity osmosis is shear genius. From the lugs to the rack and the Rocketeer vibes, this bike is straight out of Fritz Lang’s Metropolis. It was made for NAHBS but it is not of NAHBS. 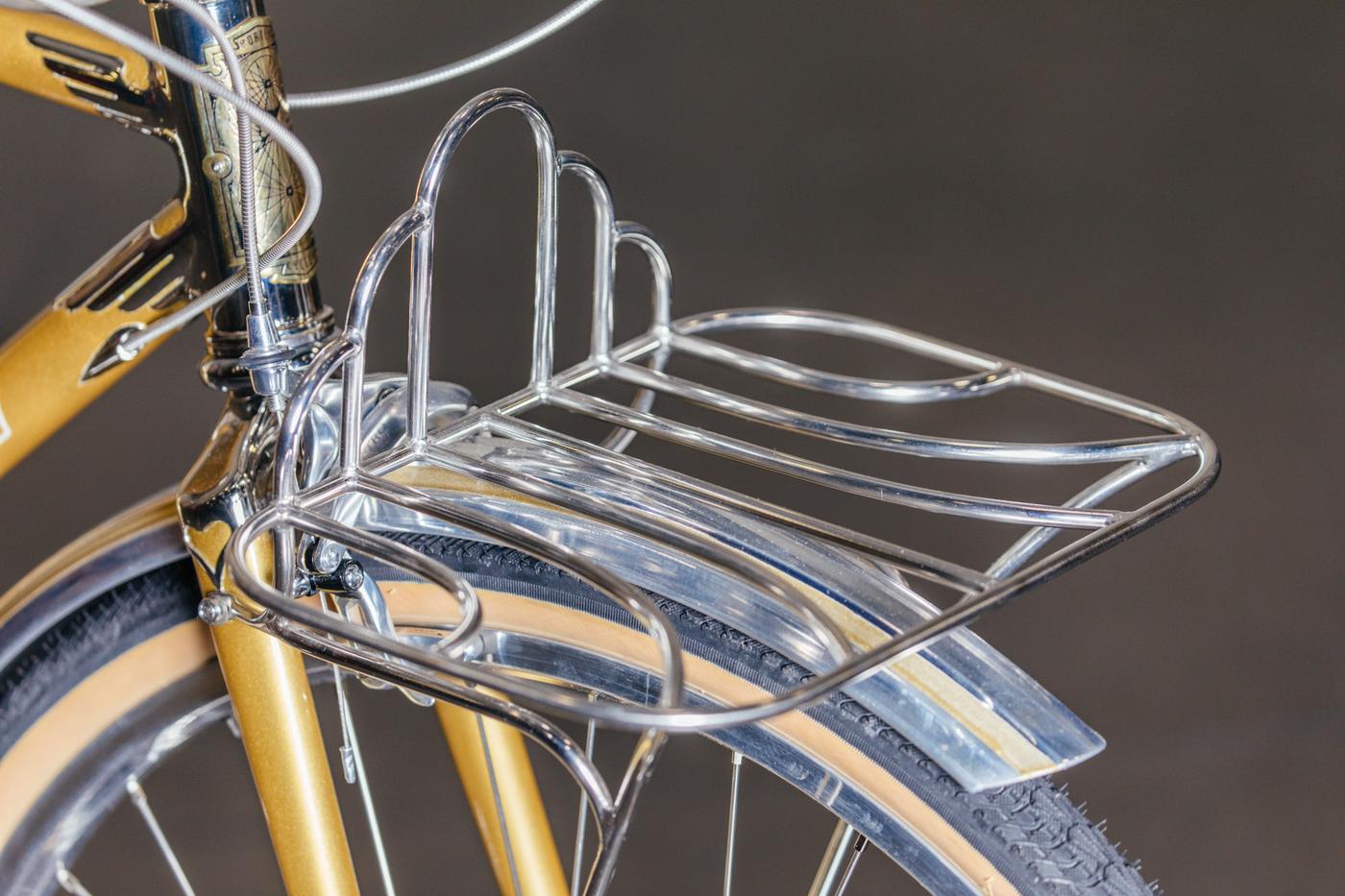 NAHBS is full of bikes like this. Full of details, fine lugwork, finishes to die for, clever solutions to problems that don’t even exist, and yet, this bike stood out above the crowds of plus-sized tires, full suspension titanium mountain bikes, and ultralight steel road bikes. I saw it on the first day and it stayed there, in the back of my mind until the last day when the crowds hadn’t yet poured into the show. So many people’s hands had rubbed the finishing, tickled the lugs, and pinged the top tube that I spent more time trying to clean it than I did actually shooting it. Even as it was propped up delicately by my 1/8″ steel rod, balanced perfectly, people couldn’t keep their hands off it. I literally had to scold a gentleman for trying to pick it up to see its weight. Do. Not. Touch. I didn’t see a whole lot at NAHBS that screamed artisan, because the show itself is for artisans. When the entire population of NAHBS’ builders are skilled at making the finest bikes they can muster, the show can seem lack-luster. Not digging on anyone or anyone’s abilities, but it takes a bike like this to really brighten up the patinaed emblem of the North American Handmade Bicycle Show.

Congrats to Tom for winning Best New Builder at the show but I have to award this the Most Comprehensive Artisan Award here on the Radavist.