Our loose plans came together and it turned out a big group of friends were going to be riding the northern section of the Great Divide Mountain Bike Route from Banff to Missoula around the same time, headed for Adventure Cycling’s Bikecentennial Celebration. We lined up a route that would take us over the Selkirk range on pavement before jumping on the world’s longest free ferry ride and over the Purcells on the summer-only, high mountain pass out of Gray Creek. If the stars aligned, we would intercept the group somewhere near where the divide route crosses the border.

Preparing to leave for a few months was stressful to say the least. We had to find someone for our dog Denver to live with for an undetermined amount of time, and to pack up all our stuff so our place could be rented out while we were away. All this while I wrote report cards and cleaned up my classroom, and Stephanie trained the person who was going to take on her job while we were away. We anticipated a wave of relief when we were finally all packed up and ready to go. 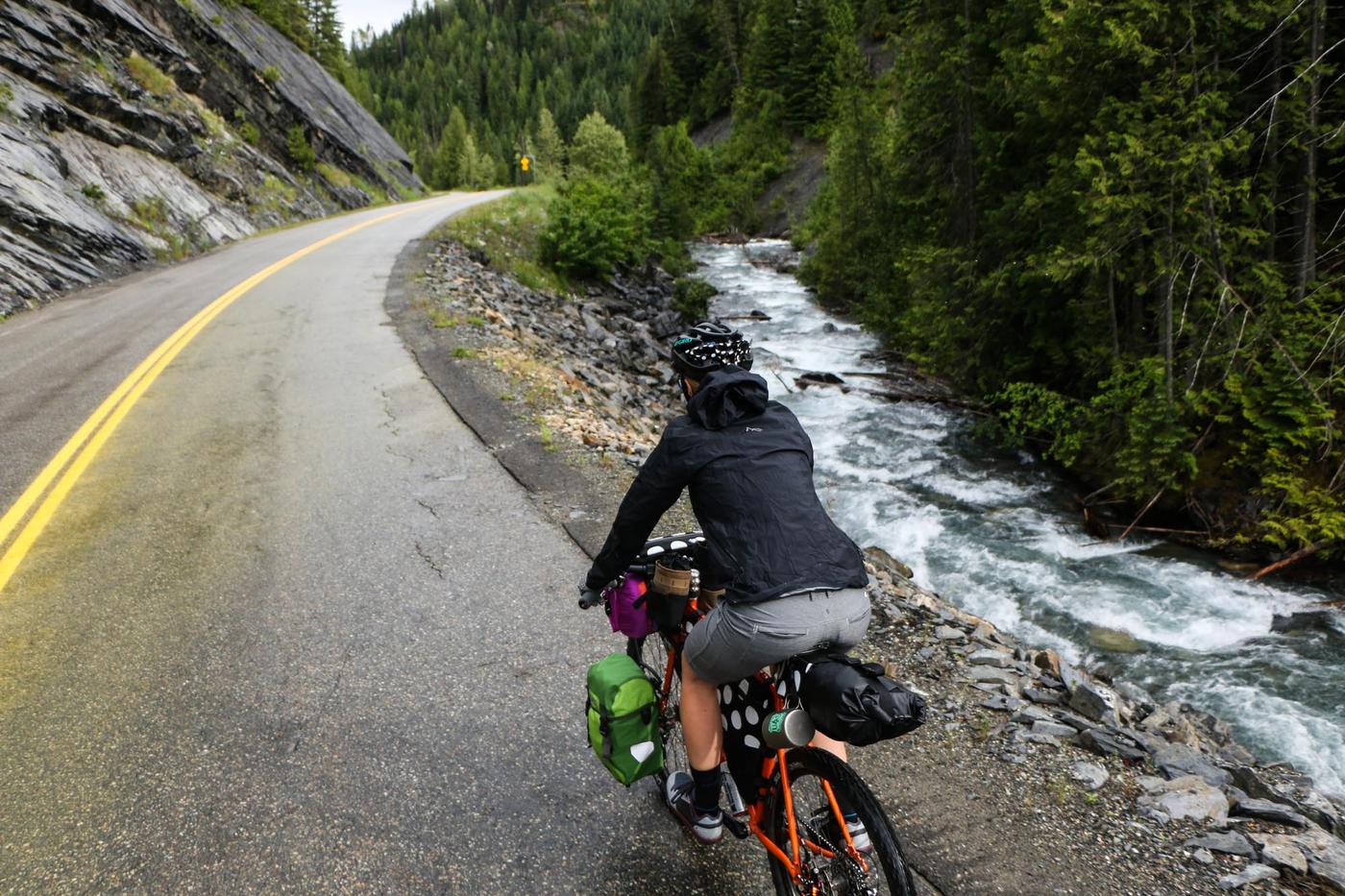 Pedaling away from home in New Denver was, honestly, anticlimactic. The weather was unstable in the days prior to our departure, and while the sun poked out after we had possibly our last hot showers for the next ten or so days, we rode straight into a rainstorm over the first mountain pass toward Kaslo. Riding heavily loaded bikes in our easiest gears through familiar territory, it just didn’t feel like we were traveling yet.

When we stopped at the community info board just Kaslo, we scoped a bridge over the river and a trail network on the other side that would let us skip dropping down into town and take us toward the back road along which we hoped to find our first night’s camp spot. We got down to the bridge and the switch flipped: that magical moment where you’re transported to another world you haven’t yet imagined. Riding down the back road – actually named Back Road – our spirits were lifted. We pedaled past houses and farms and through sections of forest with our eyes open for a camp spot. The narrow valley opened up to a vista of surrounding peaks with some flatter looking areas near the side of the road, and we knew we’d found the zone. We put our bikes down and began searching more closely for a spot to set up our tent for the night.

We were trudging through the wet foliage on the roadside when a lifted up Delica with a kayak on the roof came brapping along, slowing as it passed. A minute later, the van trundled back toward us and the driver leaned out the right side. “You guys looking for a spot to camp?” It was more of a statement than a question, and we thought he might be doing the same. “This is my land. I’ll show you a place you can set up your tent.” 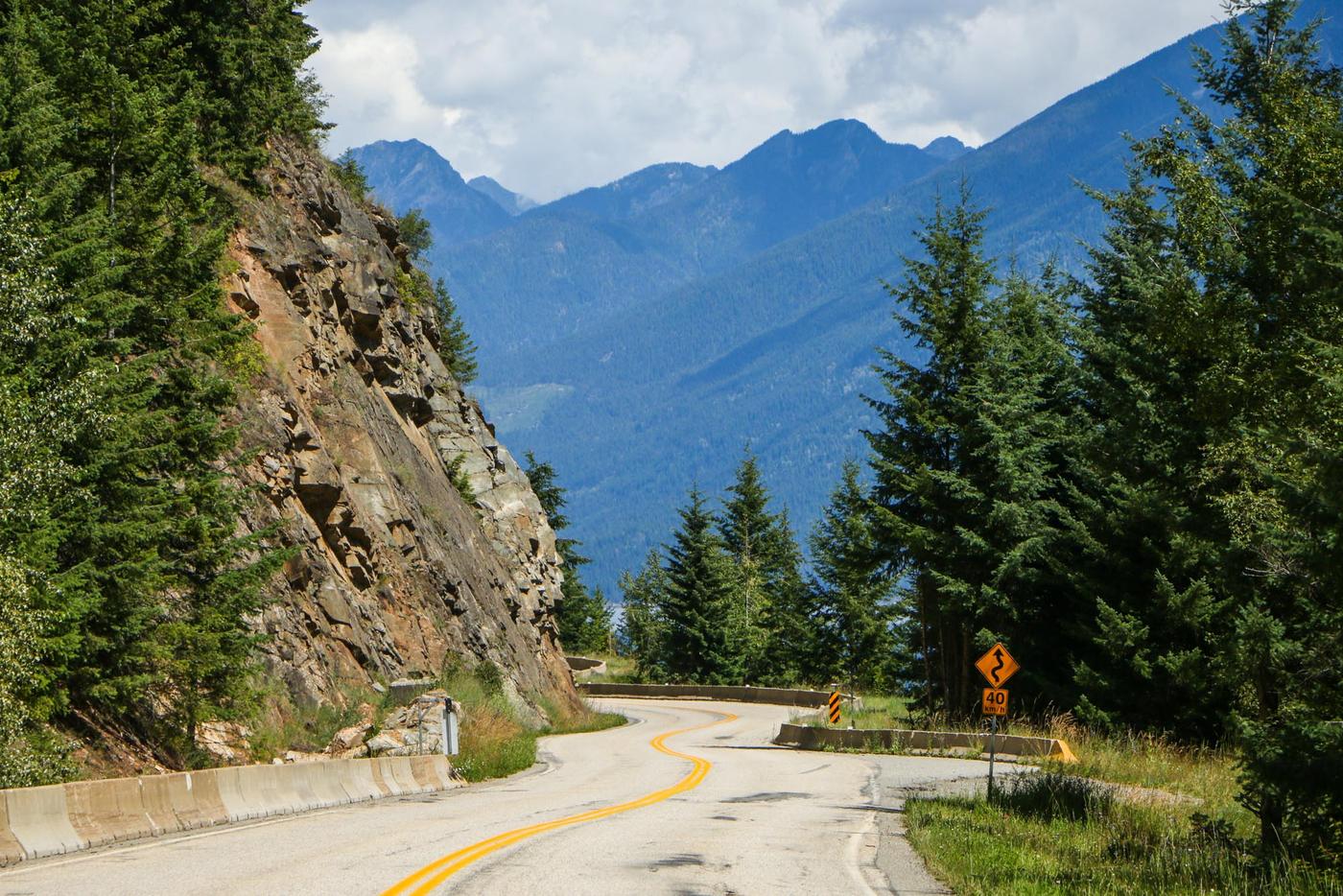 The van led us back up the gravel road and up a steep driveway to the other side of the canyon we had been eyeing from the side of the road. We caught sight of a fenced area with rows upon rows of shrubs and rode along past it. A sailboat was embedded in the ground and there were a few small buildings. Marc Luc got out of the Delica and led us to the gate. “You can sleep in the garden. That way you won’t have to worry about bears.”

The garden was idyllic: a small scale, off-grid berry farm with solar lights and running water. Marc Luc showed us to a spot where we could pitch our tent under cover, no fly necessary. He showed us the bathrooms, the kitchen, and said we could eat all the strawberries, raspberries, and blueberries we wanted – and to cook ourselves some eggs in the morning. There were still embers left in the fire pit. 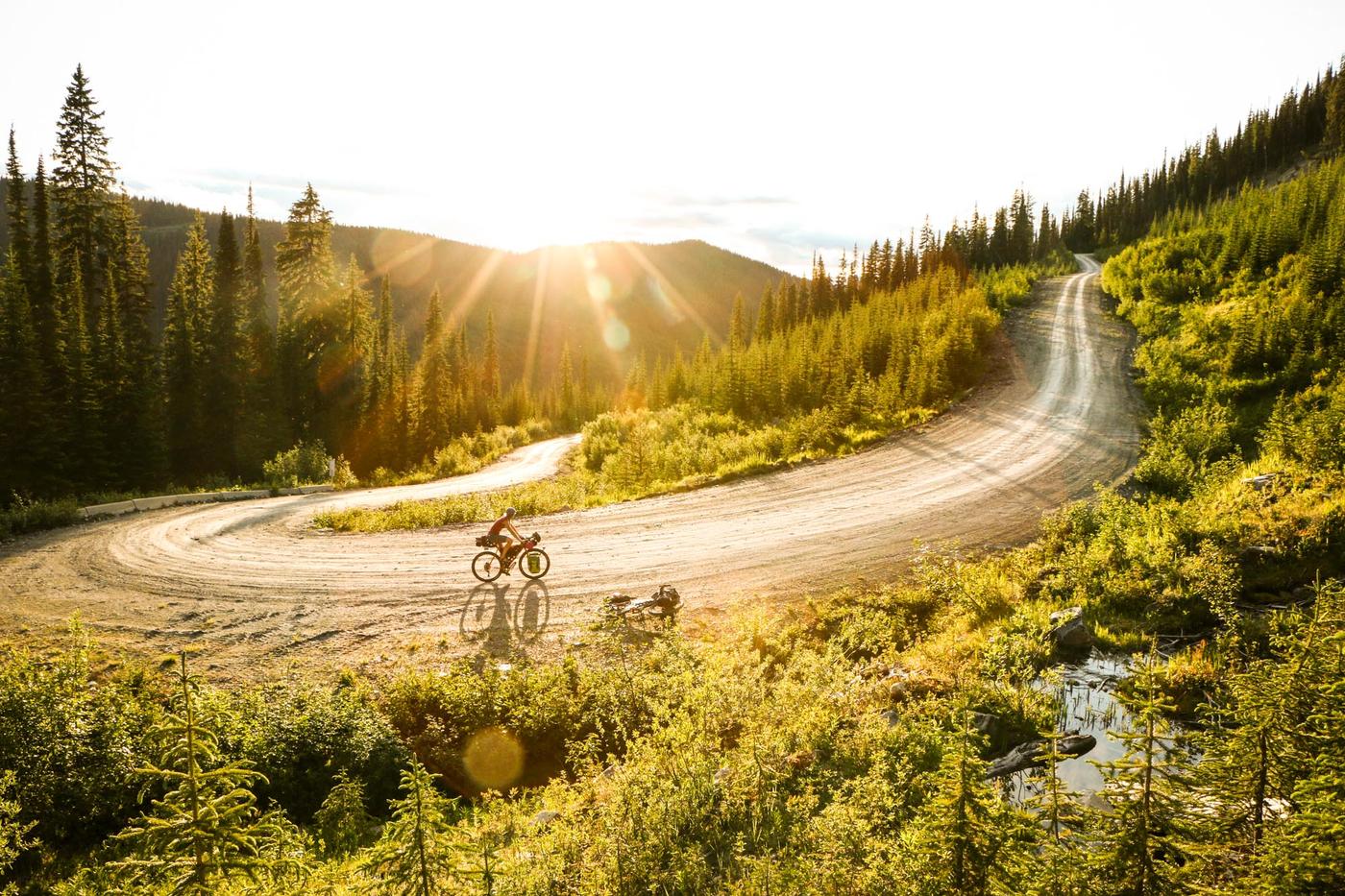 In the morning he returned eager to chat about traveling and to show us around the rest of the property, particularly “the pond”. This sanctuary was another world we hadn’t yet imagined, and that lay just over a small rise from the road we had begun scoping for a camp spot the night previous. From anticlimactic to magical in the span of a few hours.

We pedaled out in the sun and along the highway to the Balfour – Kootenay Bay ferry. This 35-minute crossing is part of the BC highway system, and is the longest free ferry in the world. We caught up with family and friends, posted some photos, and checked weather and route info before heading off into the wilderness again. 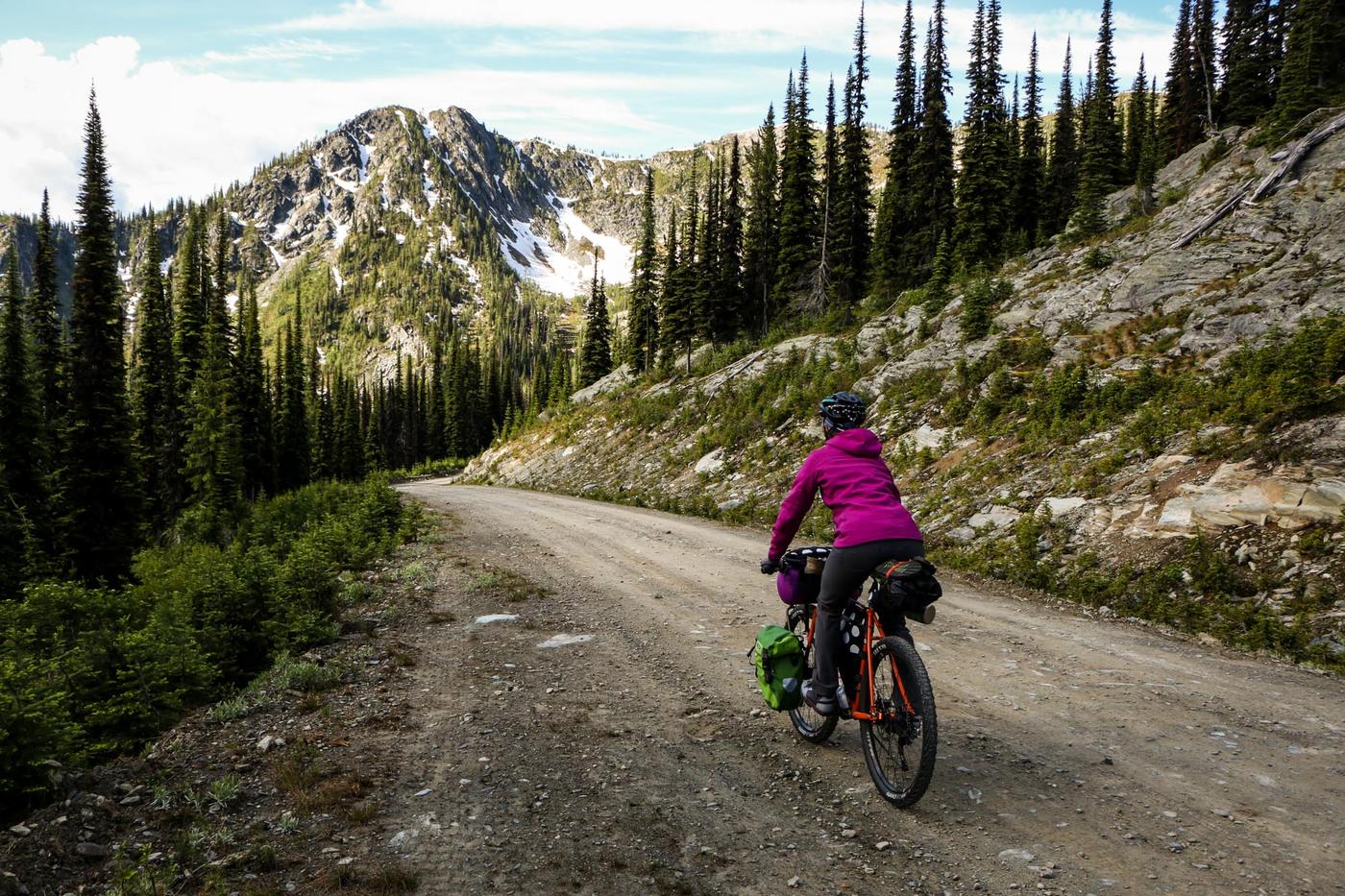 Gray Creek Pass usually clears of snow the first week of July, and it was right on schedule this year. The summit is at 2074 metres, 1500 metres straight up from Kootenay Lake over 17 km. Altogether we spent 6 hours on the relentless climb, the saving grace being it had been graded just this year and the road surface was relatively smooth. The first four hours we were deep in a valley without much to see. When the switchbacks began, the views opened up, and the late day sun reappeared over the mountains. The warmth and the views motivated us in the final few kilometres, and the light had me stopping often to snap vistas. Our trip was truly underway. This was only day two of possibly a hundred, and we were at the top of a legendary pass camping in the subalpine. In the morning we climbed the final 80 metres from our camp spot to the summit to worship the rising sun, and reflected on the last two days. I said that was the biggest thing I’d done on a bike in a long time, and Stephanie responded that it was the biggest thing she’d ever done on a bike.

Now that we are finally on our way, familiarity has given way to new places and experiences every day. We will from now on be found in the mountains.