Team Dream is officially a decade old. What a trip. To celebrate our big birthday we threw a little party (that quickly became a really big party) at The Cub House here in Los Angeles. Hundreds of people showed up for what turned out to be one of the most amazing weekends in our history. To say it was overwhelming would be an understatement. And when I say overwhelming, I mean it in the best way possible. I’ve never been married but I think the day had big wedding energy. There was so much love and the entire Team Dream team felt like the belles of the ball! Two weeks ago, on a beautiful Saturday morning, we kicked things off with a wild ride led by our friends from Total Trash Cycling. We took a somewhat irresponsible number of humans on bicycles (200ish) through our local hills in Cherry Canyon. It was an eclectic group of all-time greats that twisted through the trails like an endless serpent! The night before it had rained quite a bit so as an added bonus all the dirt was primo for the occasion. The ride was really special and truly a sight to see! 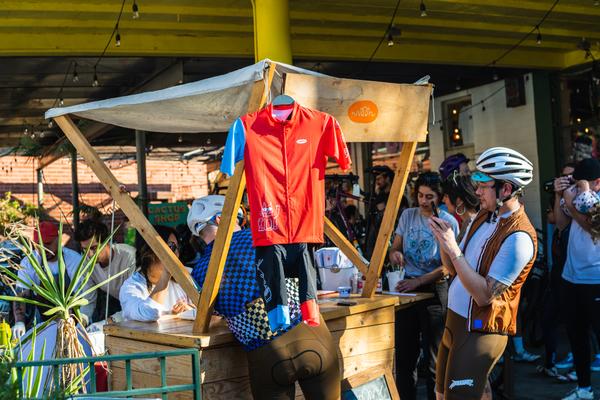 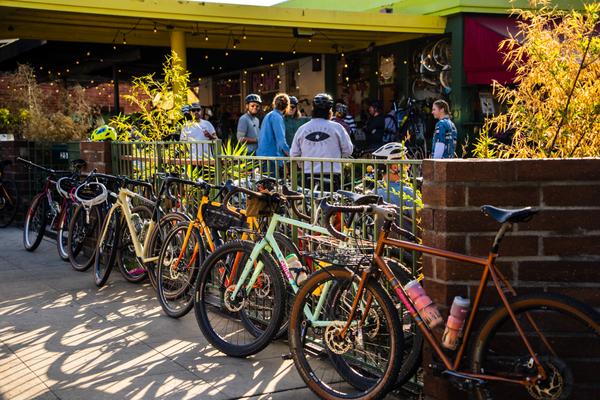 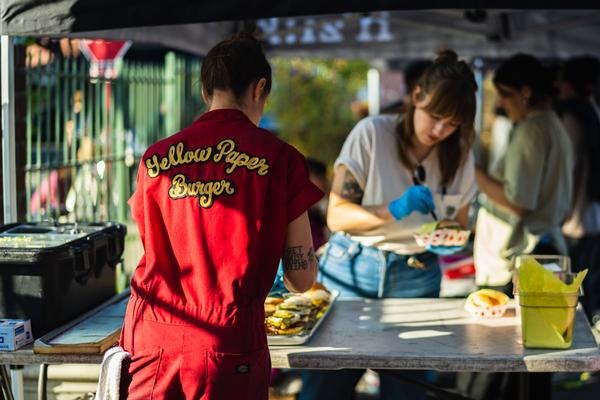 We were back at the shop by noon and from that point on my memory of things is a bit fuzzy. In addition to celebrating our 10 years, we were also showcasing our annual holiday launch, which included the expansion of our euroVACAY line. Carla secretly hired celebrity DJ Jonathan Larroquette who happens to co-host my all-time favorite podcast, Uhh Yeah Dude. Our friends from Yellow Paper Burger, Woon, and Roxy Storm Weldon provided food. Tim Ryugo, one of the sweetest people ever, from Kodak was there handing out film and Kodak musettes. It was amazing to see the shop filled to the gills with people from all over the world.

The entire weekend could not have gone any better… except for maybe when the video projector died during our euroVACAY film premiere (see above) but somehow even that was really funny in the moment. So I would still call the experience “perfect”. Truly the greatest of gifts was the presence of friends. There is no way we could pull off a weekend like this without the help of a whole lot of friends. To be honest, we couldn’t pull off Team Dream without the support of our friends. Thank you to our staff for giving it 110% when we decide to host crazy overwhelming events. 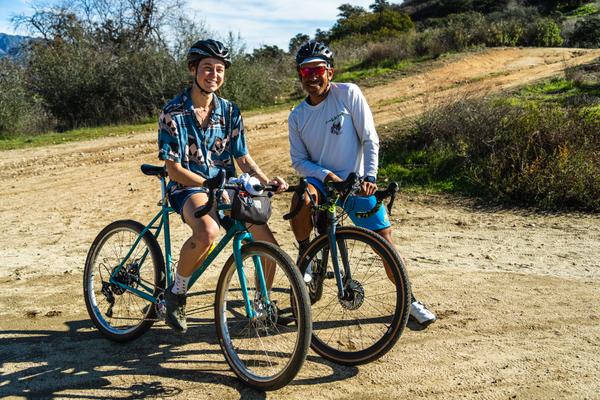 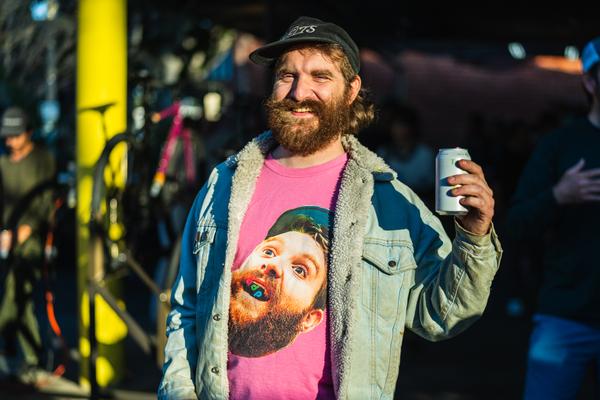 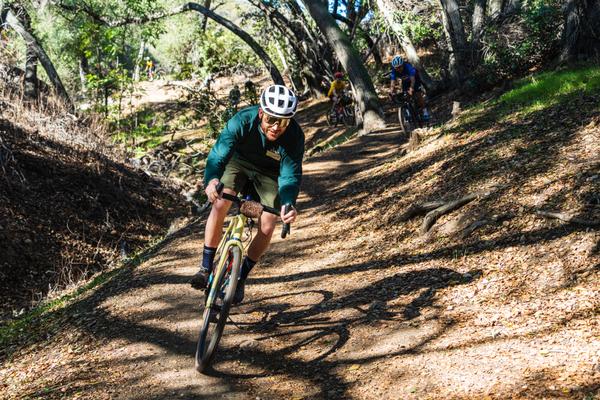 Thank you to all the people who host our rides, especially Hoffman Cortes and Adam Masters. Thank you to Carla – my partner, the brains and the other half of Team Dream/The Cub House. Without her none of you would be wearing the Chubby Bobcat and I wouldn’t even know where my clean socks are. Thank you to everyone who shows up to our events or purchases the things we make. I am constantly blown away and honored by the support this weird little brand receives. To wrap this up I want to share the introduction to my first-ever photography book, made with support from Kodak, entitled Nothing Special. I don’t know where we’ll be in another 10 years, but I hope we have the opportunity to continue trying new things and having a good time. In the Spring of 2012, I met a goat farmer in Italy who helped inspire the start of our cycling apparel brand Team Dream. Remo makes THE best goat cheese. When I was on his farm he served me a handmade pizza cooked in a brick oven, which of course he also built himself. He was immensely proud of his product and the passion he had for quality was infectious. So many of the people I met on the trip had a similar hands-on approach and passion for their work.

It was especially impactful to me at the time because I had just left a desk job where I was exchanging emails with a manufacturer in China all day. Ready for a change, but not knowing what to do, I had taken work on a project for the Giro d’Italia and spent two incredible months in Italy. When I returned home in late Summer I was unemployed, inspired, and ready to go, but I still had no idea what I was actually going to do. I came up with the idea for a fictitious cycling team. To be honest, the goal was never to do this long-term. It was just an idea to get the creative juices flowing, the kind of thing to keep me busy until I came up with the proper idea. My friend Eric and I had a side business we called Team Dream Designs. The name was inspired by a painting our friend, and talented artist, Timothy Karpinski made. I really loved the name, as you can probably tell by now! So, it seemed like the obvious choice of name for this new bicycle “business” would have to be Team Dream… Bicycling Team. I roped a few friends in to join the (fake) team and we started making very small batches of cycling products to help pay for our (fake) team camp. Inspired by the Italians I spent the Spring/Summer with, I wanted to be really connected to the products I was creating, which meant looking close to home for manufacturers. My hope was to be as hands-on in the process as possible and truly collaborate with the people making the products. I bought a (ridiculous) URL named teamdreambicyclingteam.com and put up a few products for sale, even though only 6 people in the world knew about the project.

The odds of things selling were stacked against us, but then one morning I woke up to a $450 order! I was SO pumped that I texted the entire Team Dream (fake) Team to let them know we had a REAL customer! A few hours later that customer emailed and explained he was drunk when he made the purchase and requested a full refund. 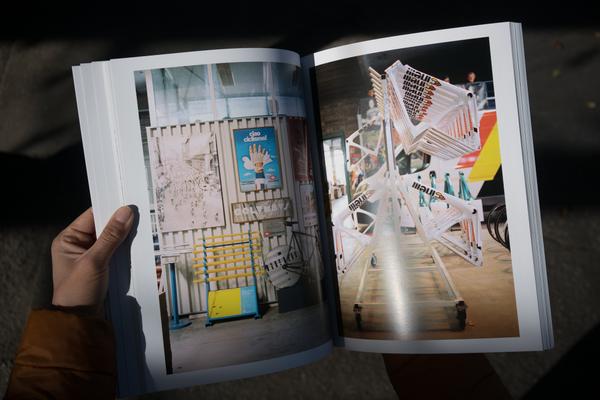 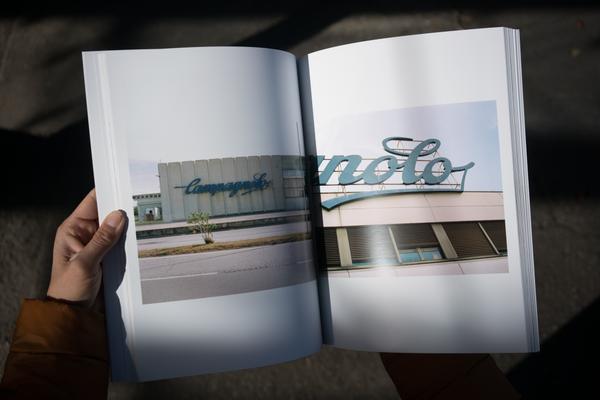 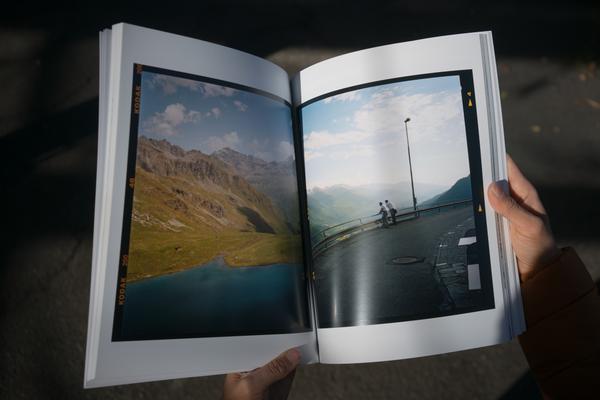 The online store was just sitting there gathering cyber cobwebs and I needed to pay the bills so I was still working at a bike shop in Silverlake called Golden Saddle Cyclery. Some people would buy stuff directly from me at the shop, but not much. My girlfriend and I lived in a super small studio apartment in Topanga with no garage so all the product had to live in my VW van.

I remember staring at the tiny van filled to the roof with water bottles thinking they would probably live in there forever because nobody knew they existed. Until one day literally hundreds of orders came out of nowhere. EVERYTHING had sold out. And no one was asking for a refund! It was wild. After a bit of digging I discovered the bicycle blog Prolly Is Not Probably had posted about Team Dream that morning and, as they say, “the rest is history.” But since I am famous for making a short story long, let me continue. Team Dream was never supposed to be a brand. It was a joke. A fun thing to do until I figured out a “real” job. Except people seemed to like it and I began to love it. I wondered if maybe I could do this and avoid going back to a desk job or bike shop, at least for a few months.

To give it a shot, we needed more products. I started out working with friends, and then friends of friends who became friends, and then over time started working with actual vendors (who eventually also became friends). Everything had to be made in the USA. I wanted that same feeling and connection the Italians had with their work so I put 100% into everything. The goal became to work with locals here in Los Angeles as much as possible while making small batches of limited products. Cut to 10 years later, Team Dream is still producing many of our goods in Los Angeles and we have also expanded our range under the euroVACAY branding. There is no denying the love Europe has for cycling. The products that Italy produces in particular continue to push the boundaries of development. Making apparel in Italy (much like the United States) is not the most practical option from a cost perspective, but the genuine connection the people have to cycling makes it a no-brainer. In the summer of 2022, we brought our story full circle and made a return trip to Italy. We spent two months reconnecting to the passion that inspired the birth of our brand and making sure our new manufacturing partners became our friends, too. I brought a few film cameras along and all of the images you’ll see in the book (and some here, too!) were shot by me during our trip. Nothing Special commemorates Team Dream’s 10-year anniversary and celebrates the passion that continues to motivate us, all these years later. This brand is still my obsession. We may be a long way from selling kit out of my old van, but we’re nothing special. We are still some regular ass people flying coach, staying in cheap motels, and living our best lives. We do this 100% out of love. No loans, no parent company, no investors. When you spend your money with Team Dream, or any one of our sister brands (Cub House, Ringtail, Beach Club) you are supporting a small family-owned business that is run by friends. To all of you who buy and support these brands I would like you to know one thing…we exist because you allow us to exist and hopefully we make you proud.