We met up at Georg's Market in Altadena. 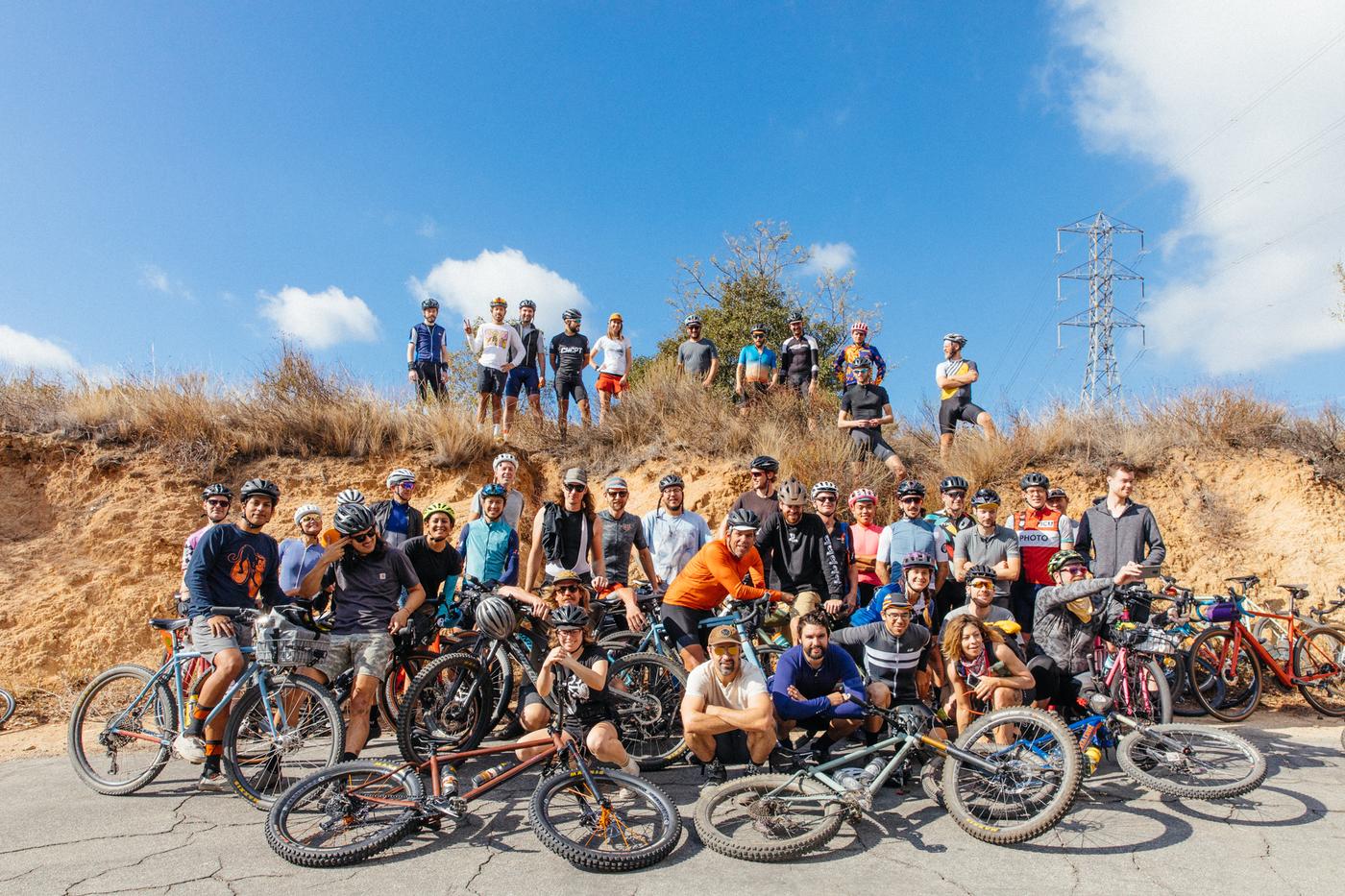 Ultimately, this time of year is about embracing the communities surrounding us, in both macro and micro ways. That means spending time with friends and family, all while engaging in the community and riding bikes!

Each year, Golden Saddle Cyclery and the Cub House throw a Black Friday ride, as a sort of fuck you to rampant consumerism and hysteria. The ride is meant to encourage people to try one of the most daunting rides in the county, beneath the umbrella of emotional and physical support that is a chill-pace group ride! It’s open to all and just about any bike can do this ride. Along the way, there were designated regroup spots to encourage people to slow their roll and chat with faces, both old and new. There’s no point in hammering up the climb, if you’re just gonna have to wait for an hour for everyone to show up, right? 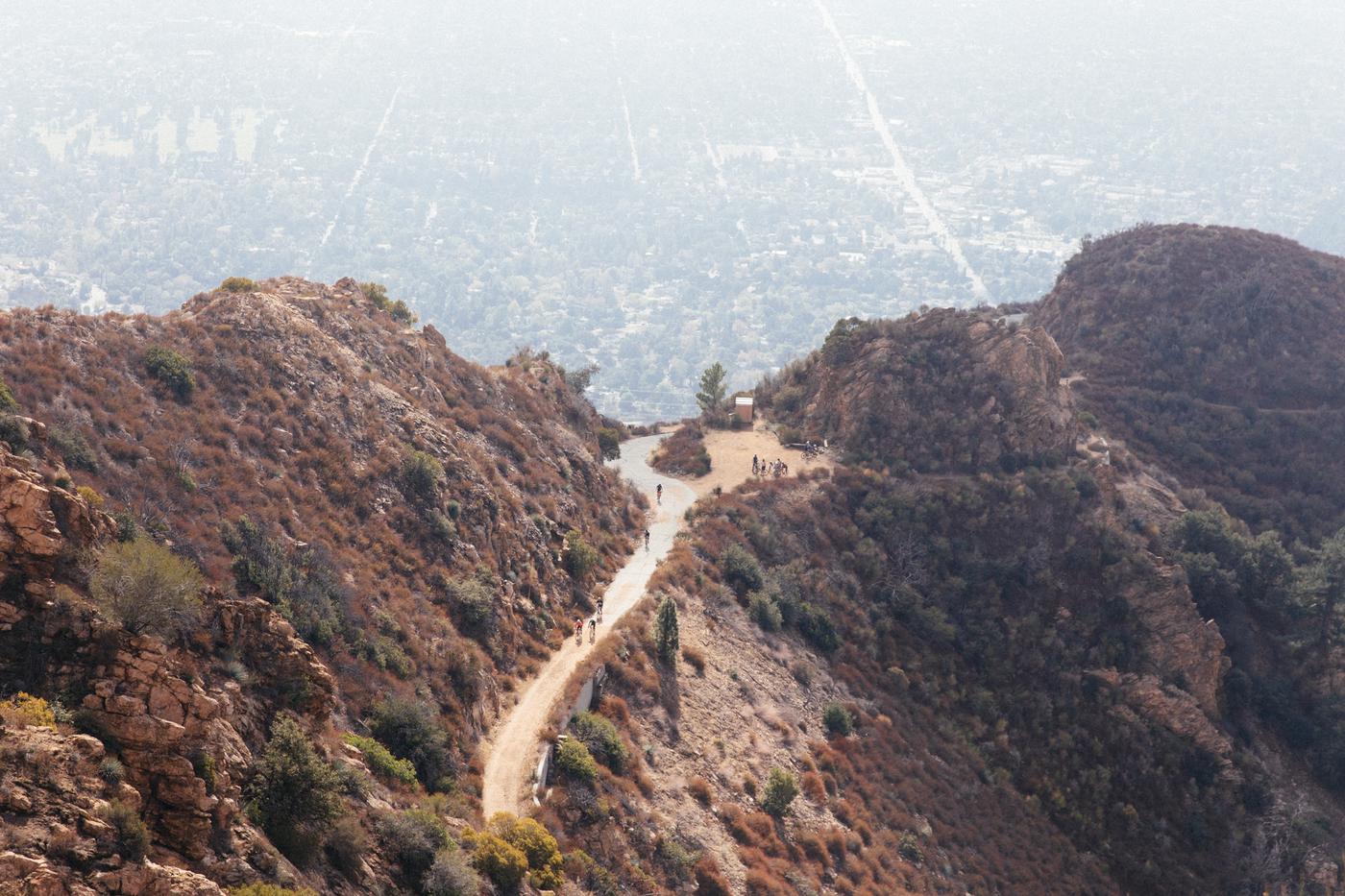 While it’s always hard to wake up early the morning after Turkeyday, it’s always worth it. We began ascending into the San Gabriel mountains at 10 am. All 50 some odd cyclists. Now, the first few miles are the reason many people fear this ride. Chaney Trail is a super steep paved climb that leads to a gated road. From that gate onward, there are no cars allowed on Mt. Lowe. Instead, you’re greeted by smiling hikers and the occasional startled wildlife. The road snakes its way up around before turning to dirt. Once you hit the dirt, the grade subsides and the fun begins. 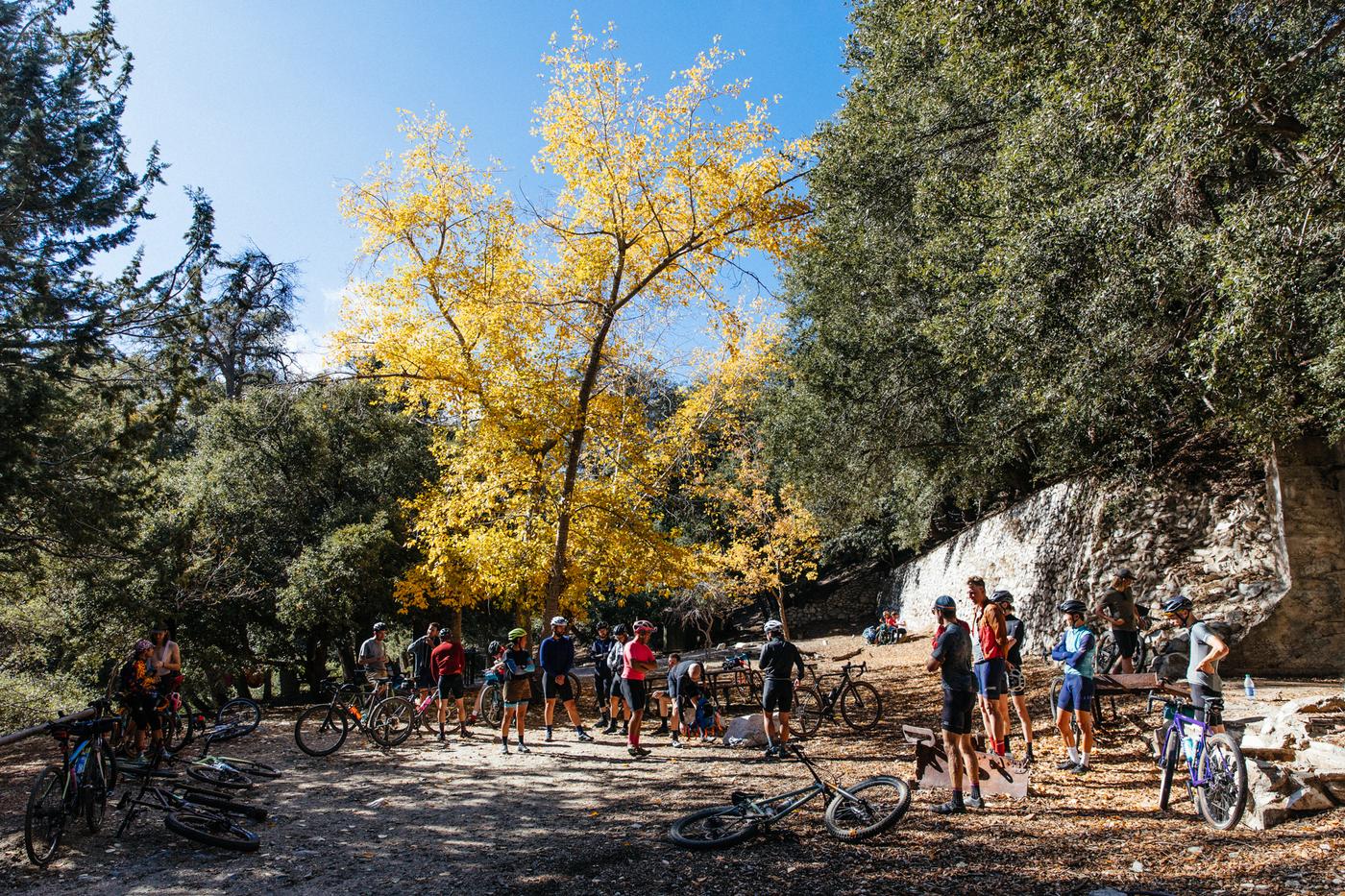 We regrouped at Mt. Lowe Campground, where people busted out treats and treasures from their handlebar and basket bags. A good sunny spot made for a primo location to just lizard it out on a rock and soak in the warmth. From there, you’re only 3 miles to the top, where the iconic Mueller Tunnel punches through the decomposed granite face of Mt. Lowe, and this year, where Mick from 100 Tacos had set up a vegan hotdog grilling spot! We all feasted on chips, hot dogs, and shared our stories from the pedal up into the clouds. At just shy of 12 miles, with over 5,000′ gained, we all felt it in our legs. Anyone who says otherwise is lying! 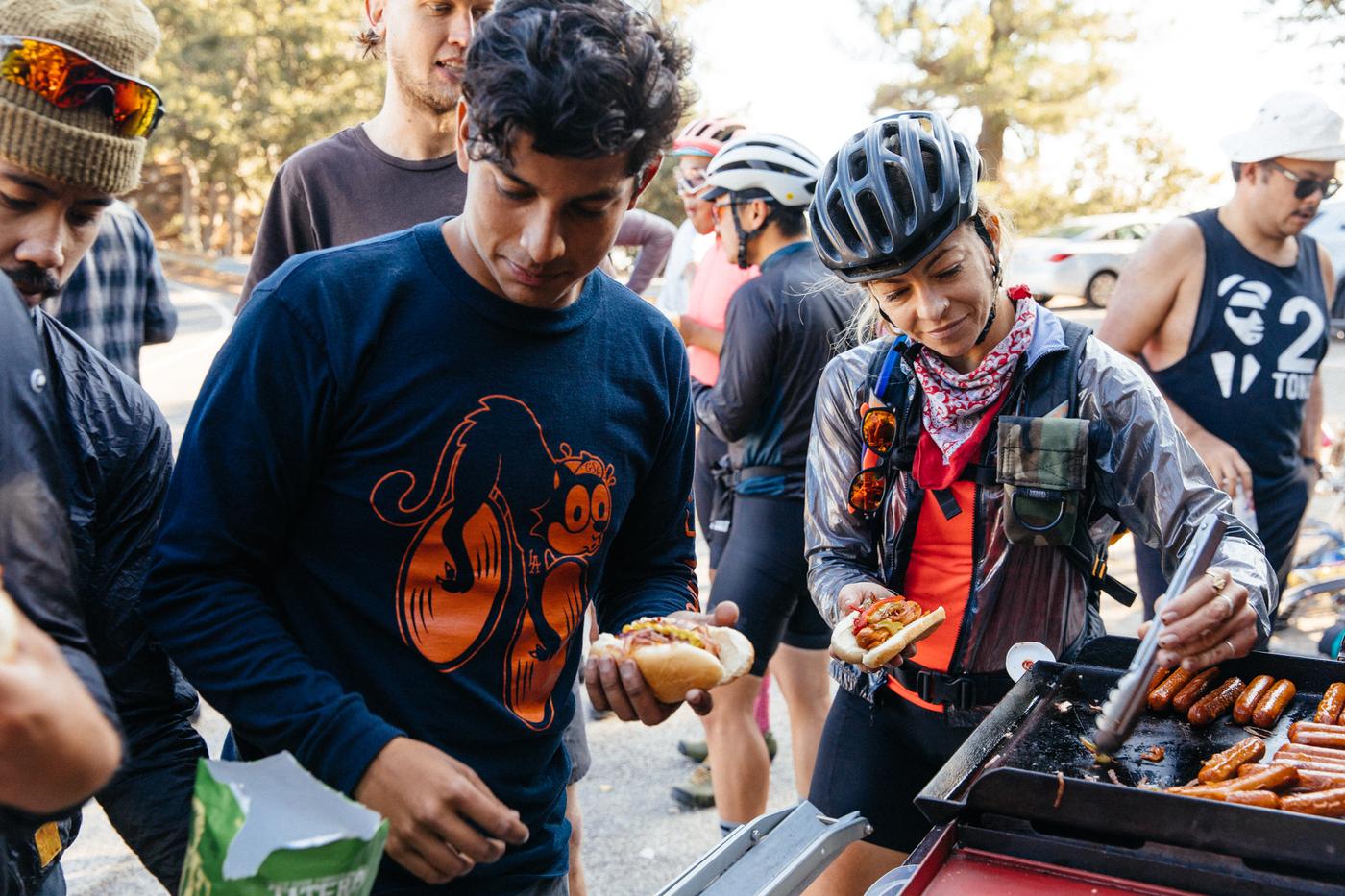 Here’s where it got interesting. The group split up, with one going down Mt. Wilson Toll Road and another taking singletrack down. You can guess which one I took! This trail is a Los Angeles gem! Since we’ve already covered it before. Twice! I’ll let the photos do the talking… Now, to me, this is what Black Friday is all about. Coming together, extending open arms and supporting our community, cyclists! I was stoked to hear so many people hadn’t done the ride before and for some, it was the biggest ride they’ve ever done. 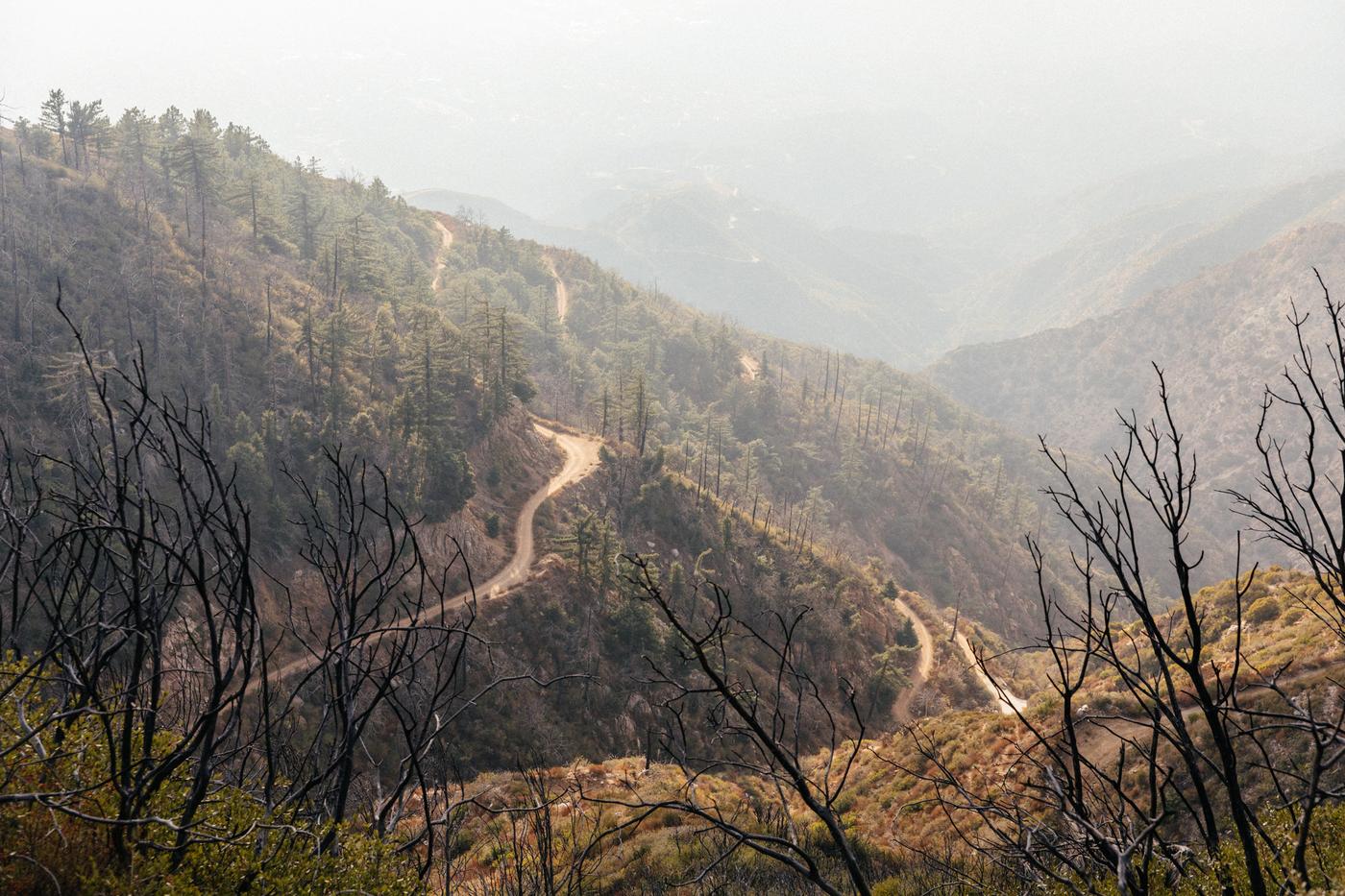 Let me end this post with one last thought. This is Los Angeles. The land of the Tongva Nation. Find out whose land you’re on at Native-Land.ca. Honoring the land means respecting it. Don’t trash your trails, pack it in and pack it out, and please observe the leave no trace principles.

Check out my route on Strava.