Has it really been a year already? A full year since Giro’s Grinduro debuted in Quincy, California. Grinduro is a 63 mile route through Sierra Nevada – you know, those rad mountains, not the beer – with four timed segments. There’s a fire road climb, a fire road descent, a road time trial and a ripping section of singletrack. The event takes place on Saturday, but many people make it a weekend endeavor. Mostly because if you’re going to drive all the way to Quincy, you might as well stay a while. It costs money to race, but all proceeds from the event go to support the Sierra Buttes Trail Stewardship. If it weren’t for their organization, or the volunteers, this event would have never taken off like it has.

Set in the Quincy Fairgrounds, the layout of the event stayed mostly the same. There were car camping spots, RV spots, a marketplace, food vendors and plenty of places to party. 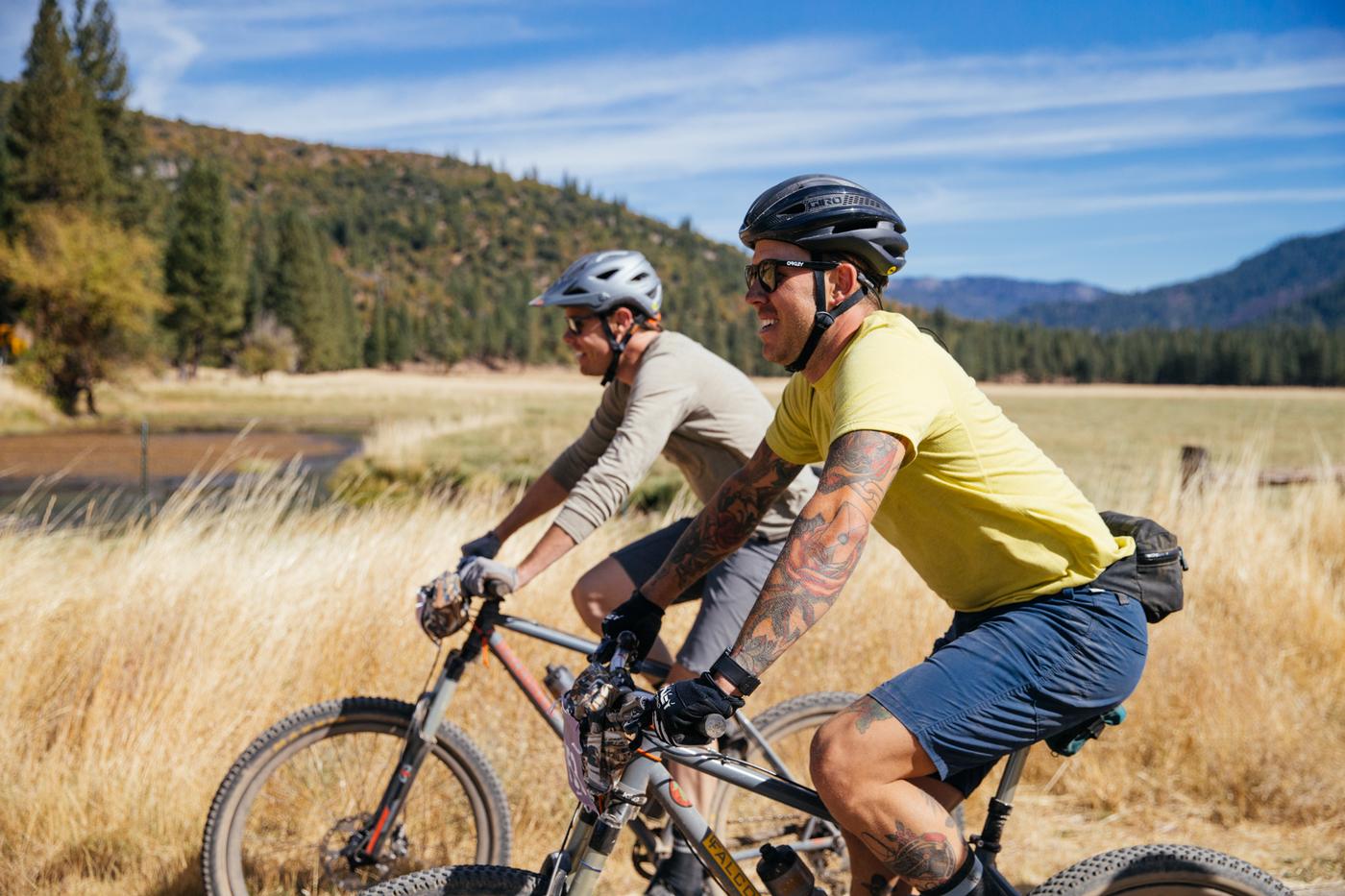 Last year, the vehicle of choice was a ‘cross bike with a fat tire but this year, a large portion of the field chose to ride a mountain bike, thinking it’d give them an advantage over the other competitors on the singletrack. People have called Grinduro a 90’s mountain bike race and it’s a suitable title. This ride / race / party is not easy. With two hard climbs and rutted, rugged roads, it’ll take a toll on your body and mind if you’re gettin’ bucked all over on a ‘cross bike. Yet, the road time trial is sure to burn your legs out, just in time for lunch. Luckily, the timed segment format means there’s lots of socializing and partying happening on course when you’re not being timed. Just the kind of distraction necessary to make it through the day in one piece! Our trip began in Los Angeles and took us up the 395, providing ample time for some R&R along the way. Hot springs, California country cookin’, bourbon and BB guns filled our days leading up to the event. It was the perfect disconnect prior to diving into a full two days worth of work. After all, with a field twice the size of last year’s event, I was eager to see what Giro had planned for this magical weekend in Quincy, California. Of course, I wasn’t disappointed.

Many, many thanks to Giro, the event sponsors and the Sierra Buttes Trail Stewardship!