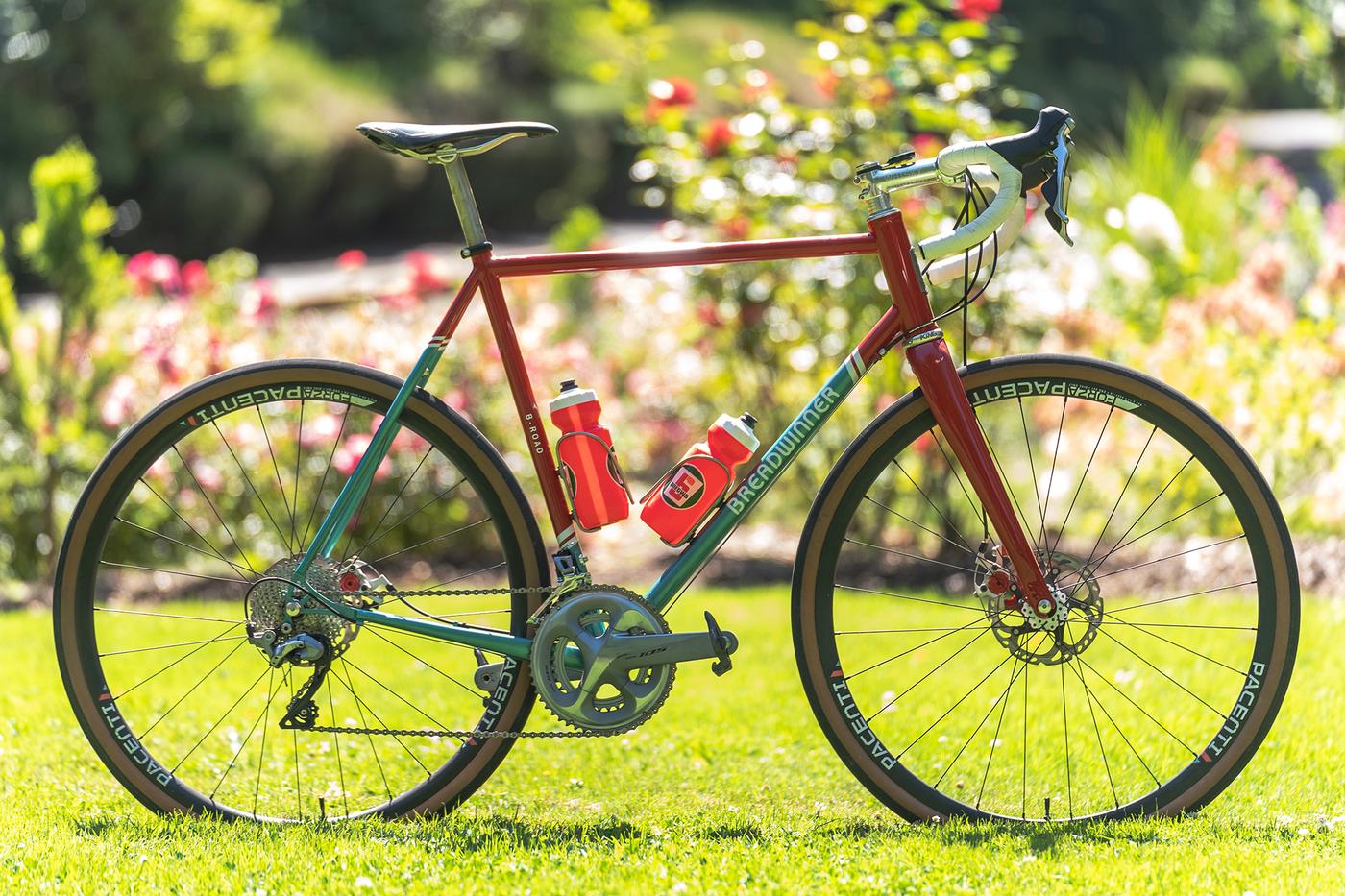 This week’s Readers’ Rides comes from the person behind Cars-R-Coffins, Mr. Hurl Everstone with photos by Billy Sinkford. We love a good classic homage on a modern bike, so read on below for the full story, written by Hurl! This bike took a flight back in 2015 when I was selected to ride for the Breadwinner team at the Rouge Roubaix, as part of the Framebuilders Challenge. Eagle-eyed viewers might recall this photo from that weekend by Mr. John Watson. 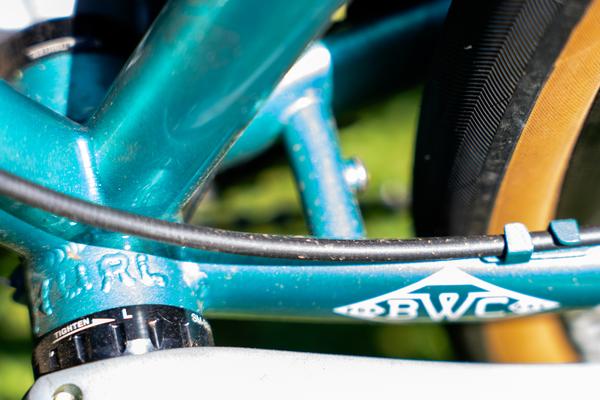 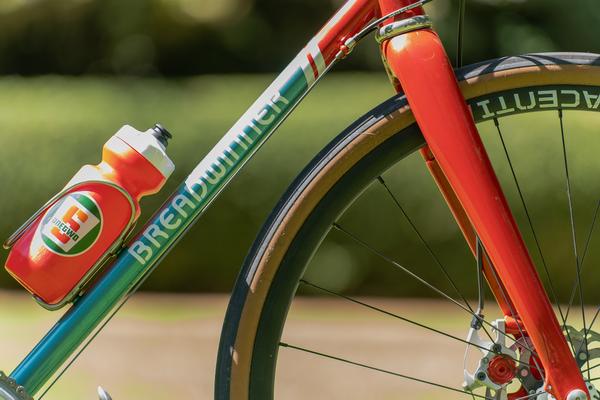 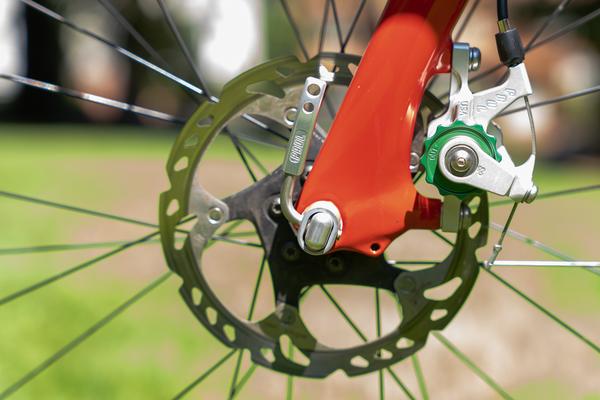 In the past 6 years, I’ve raced & ridden & toured on this beauty in Louisiana, North and South Dakota, Minnesota, and Wisconsin. By the end of last season, the frame was showing some beauty marks, including a little surface rust under the downtube so I sent it back to Breadwinner early this year for a repaint. Rather than a straight redux of the white/baby blue, I knew I wanted something fresh. I grew up racing BMX, then graduated to mountain biking. Back then road bikes simply meant “ten speeds” and held no allure. However, like many, I was intrigued by John Tomac’s drop-bar mountain bikes, and stoked to see images of North Dakota native Andy Hampsten in the snow on the Gavia in the ’88 Giro. 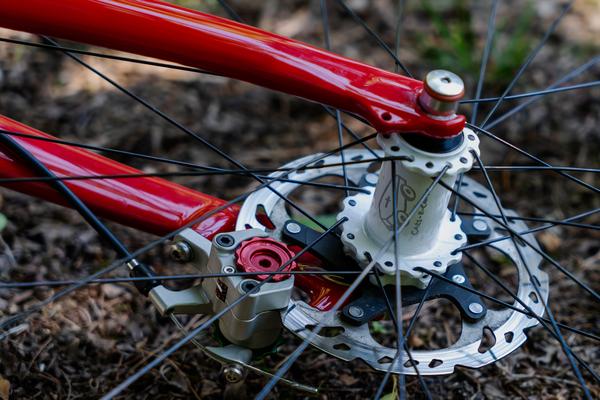 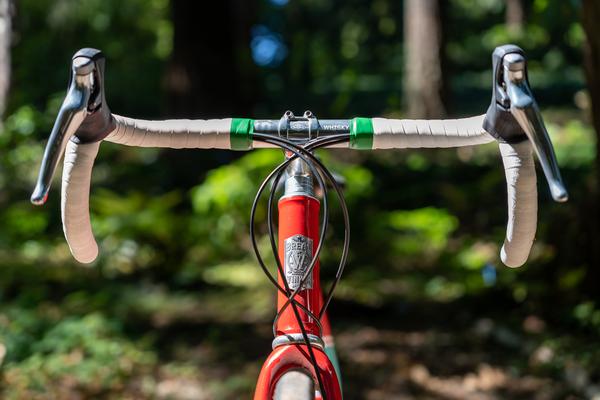 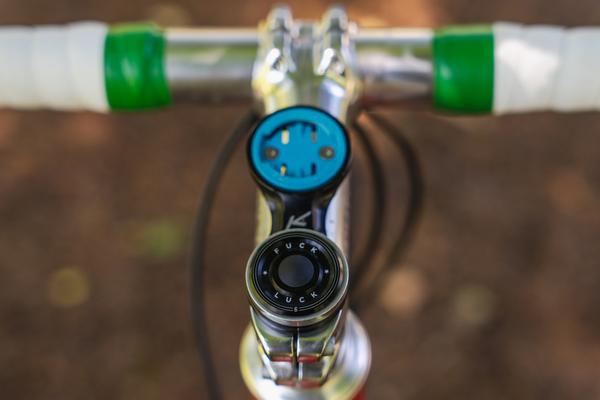 I quickly developed a penchant for long, exploratory days in the saddle, which ultimately led me to the realization that road riding is about as punk rock as it gets, Being a lover of all things bicycling, I found few things quite as liberating as riding drop bars in the dirt, dipping into rogue single track connectors while on a 5-hour ride. Back then if you could stuff a 28c in your road bike you were lucky. I started with a Bridgestone RB-2, then a Surly Pacer, and eventually picked up an Eddy Merckx Corsa that could fit 32c Vittoria file treads. Anyone who’s ridden a classic steel Eddy Merckx can tell you that the ride is just sublime, the perfect blend of resilience, acceleration, and comfort evenly matched. That Corsa frame moved on to a good friend of mine, and I did briefly actually own, then sold a 7-11 replica Merckx w DA 7400, but I later scored (and still have and ride) one of Andy Bishop’s Team Motorola Merckx frames, built with 25th Anniversary Dura Ace. When it came time to repaint the B-Road I bounced a few ideas back and forth with Ira Ryan, an equally obsessed fan of classic cycling style. An early contender was the Team Z Lemond bikes, but then I had an epiphany: the classic, elegant 7-11 paint job is just too good to resist. I emailed a photo to Ira and, *boom* we both agreed that was the one. Ironically, this all transpired before I took the job at Sugar Wheel Works and moved to Portland, where I now get to see the magic happen on a daily basis at Breadwinner. When the Bready Merckx came back from the painter I was basically picking my jaw up off the floor, then set to work tracking down a crucial silver 105 kit. The white Onyx Racing hubs were already waiting in the wings, along with my favorite tires, Panaracer Gravelking Slicks. An 20-year-old OG Moots seat post made the cut, along with a silver Whisky Parts Co. cockpit. But I think the piece de resistance is really the Paul Component Klampers (silver, natch) with the custom green + red dial adjusters. I finished assembling it and taped the bars at midnight on Friday the 13th, then rode it 104.7 miles the next day at the Swift Summit 100. 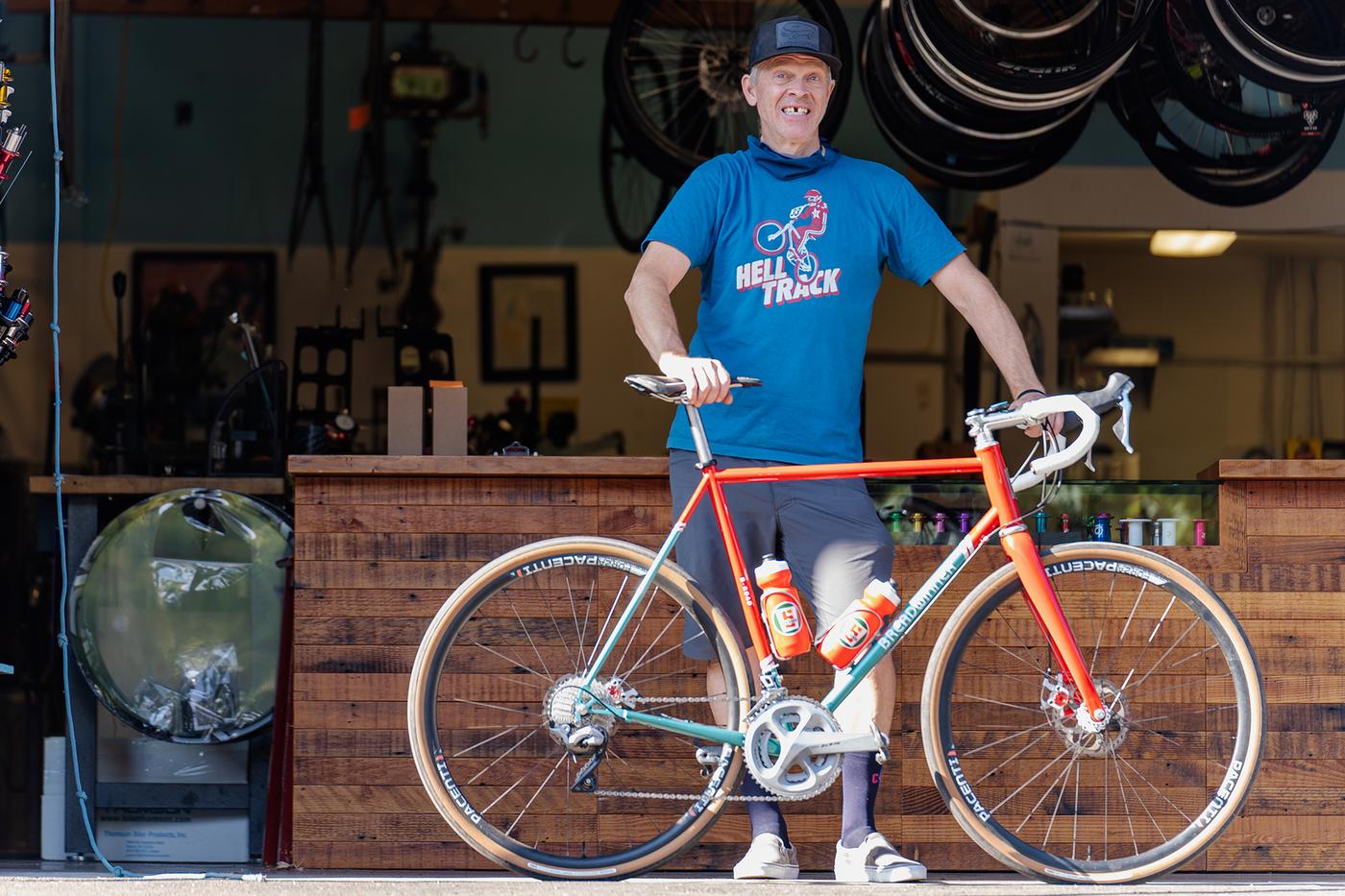 This thing is a work of art and I’m grateful and thankful every time I throw a leg over it. xoxo. – Hurl Everstone