The late 80s and through the 90s brought in a sea change of experimental bicycle design, namely in the time trial events. From the banked walls of a velodrome to the bitumen, several bikes pushed the limits of design in this era. Today in our From The Pro’s Closet series, we have Raúl Alcalá’s 1988 7-Eleven Huffy funny bike, reported by Noah Geller and documented by Joey Schusler. If you’re pining for some classic 7-Eleven history, don’t miss this one! Let’s get to it… Different things can create a strong emotional connection to a bicycle: provenance — the history and rider; the impact the bike had on the development of the sport; the technology and artistry behind the machine itself. This Huffy time trial bike combines all of these factors. It was ridden by Raúl Alcalá in the Tour de France during his time with the “Slurpee Squad” — the iconic Team 7-Eleven. 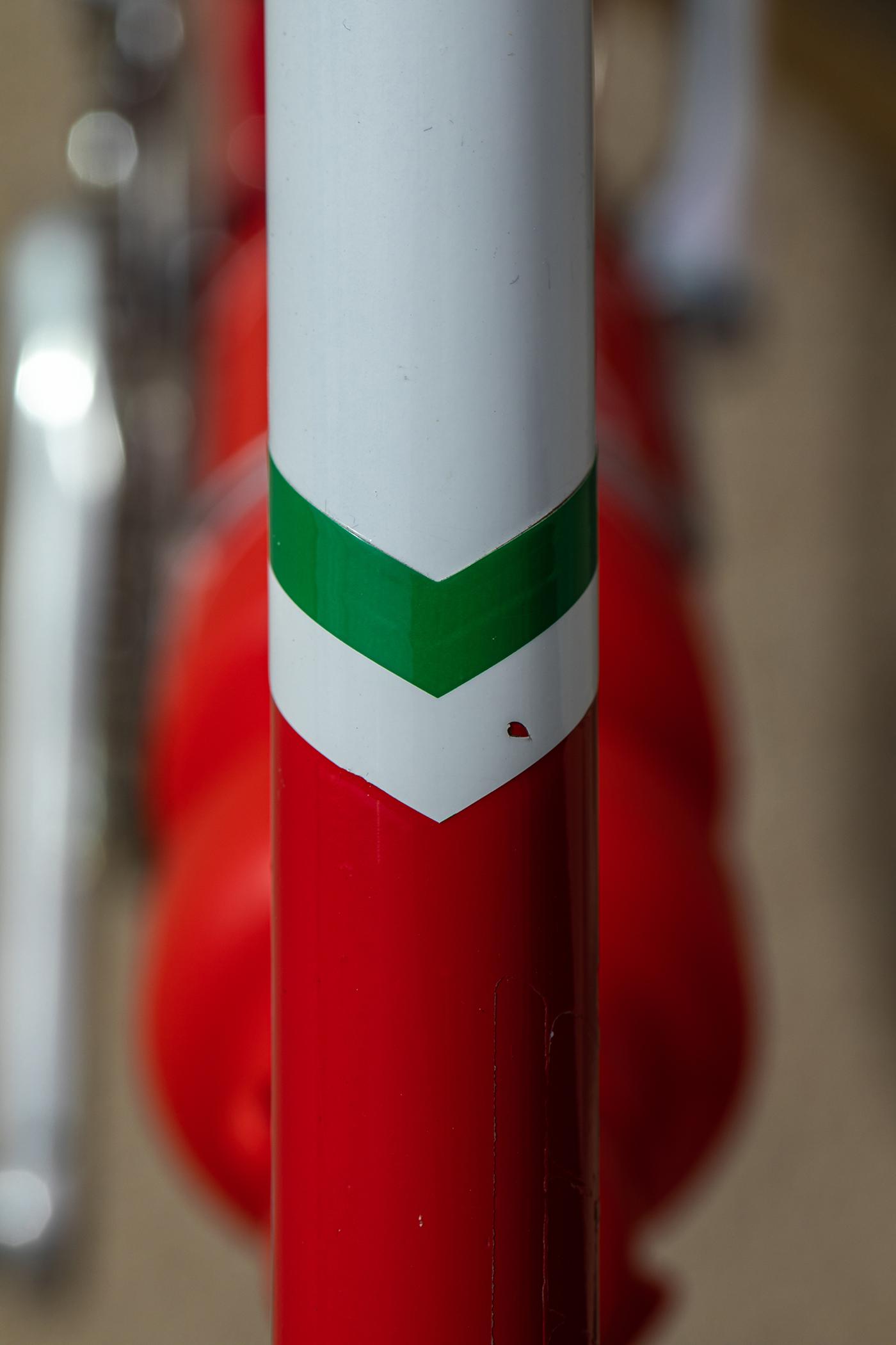 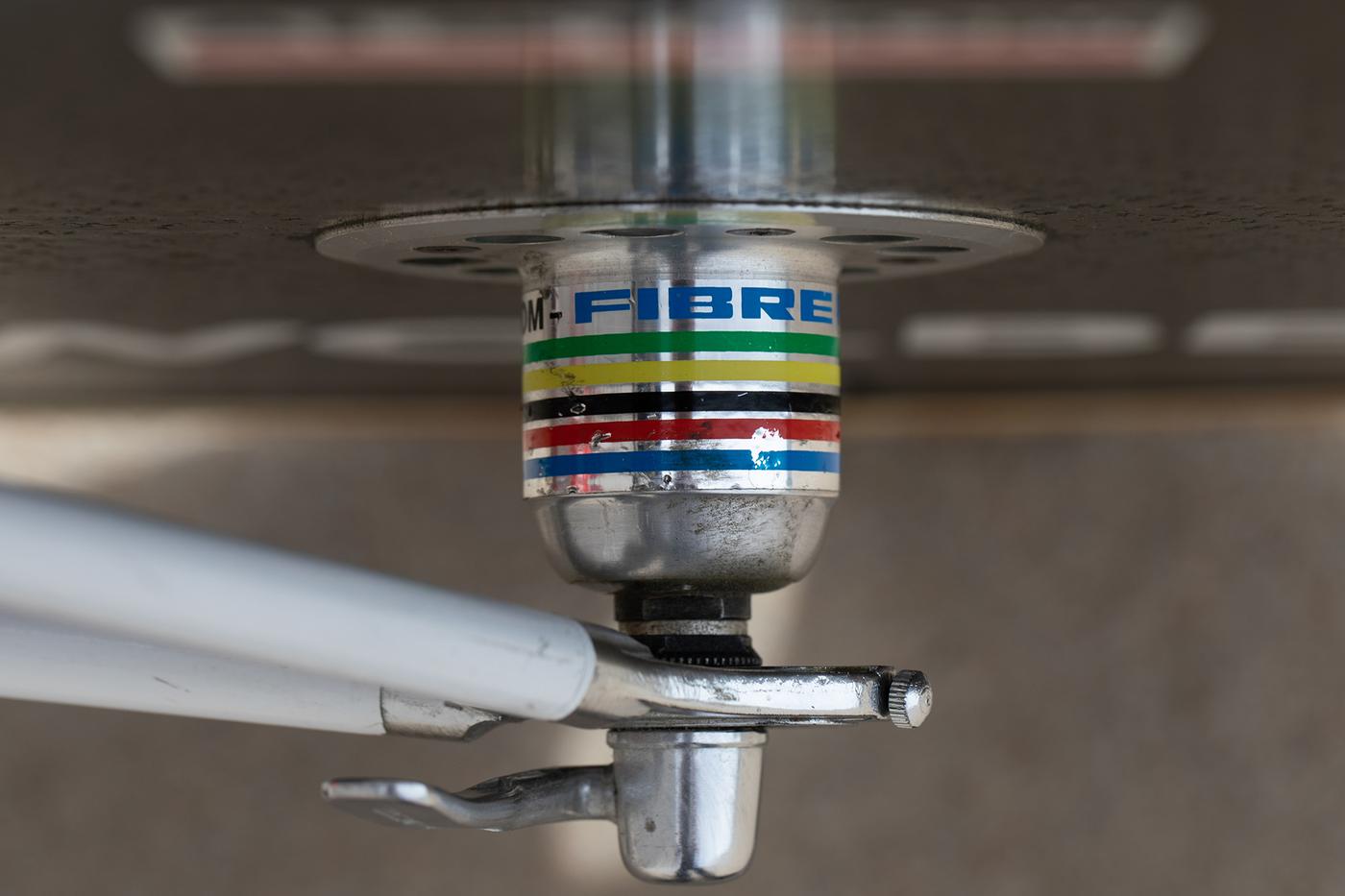 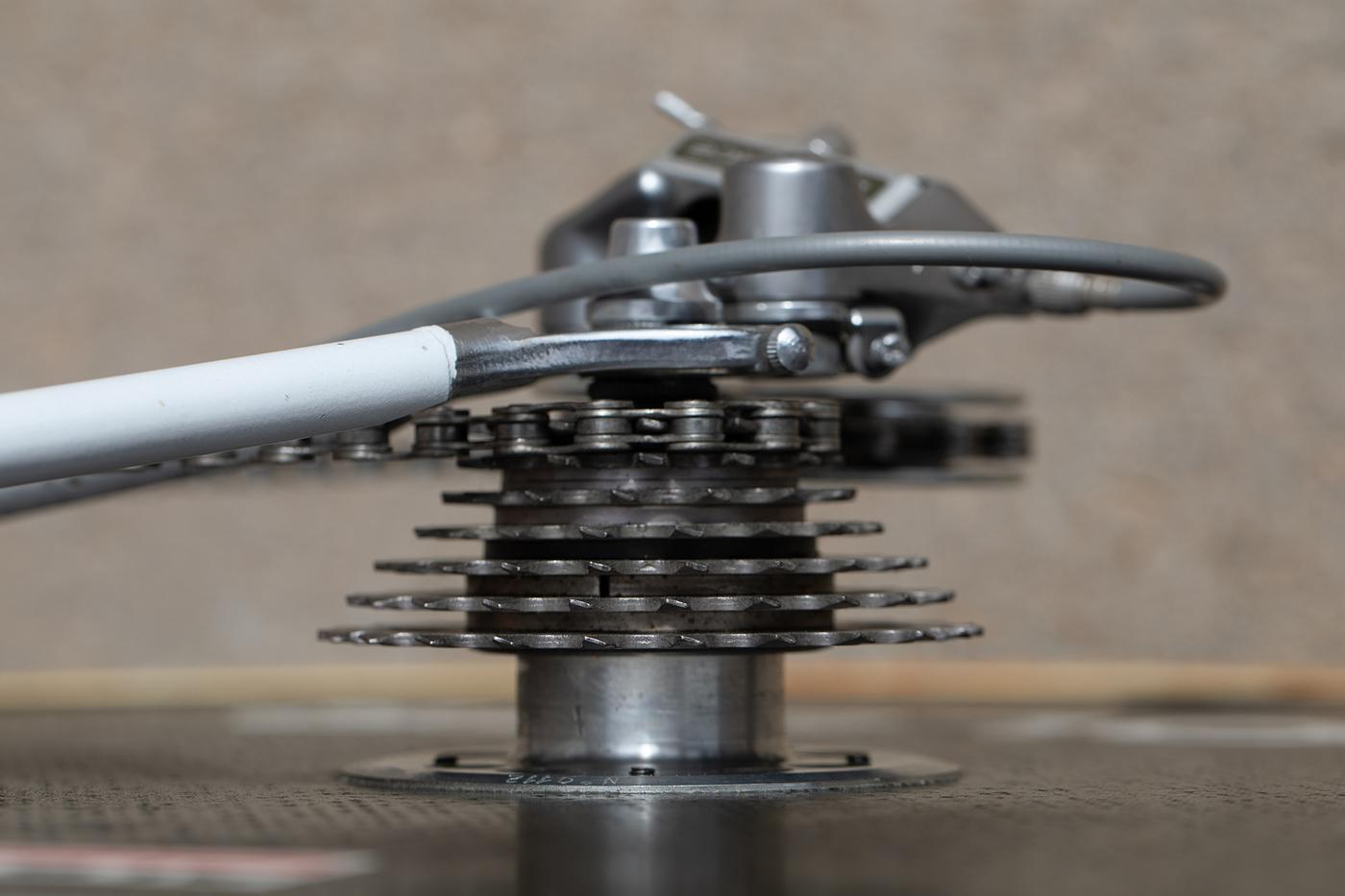 Raúl Alcalá joined Team 7-Eleven in 1986, a year after he turned pro. He became the first Mexican rider to ride the Tour in 1986 and won the young rider classification in 1987. Alcalá only rode with 7-Eleven until 1988 but continued to deliver results throughout his career. He notched five Grand Tour top-10 finishes and won two stages of the Tour de France. Stateside, he won the now defunct mid-Atlantic race, Tour de Trump (later Tour DuPont), in 1990. His pro career continued through 1994 and then he returned in 1998, 2009, and 2010 — the latter being the year he won the national time trial championship in Mexico at the age of 46. He remains the most successful Mexican pro cyclist. 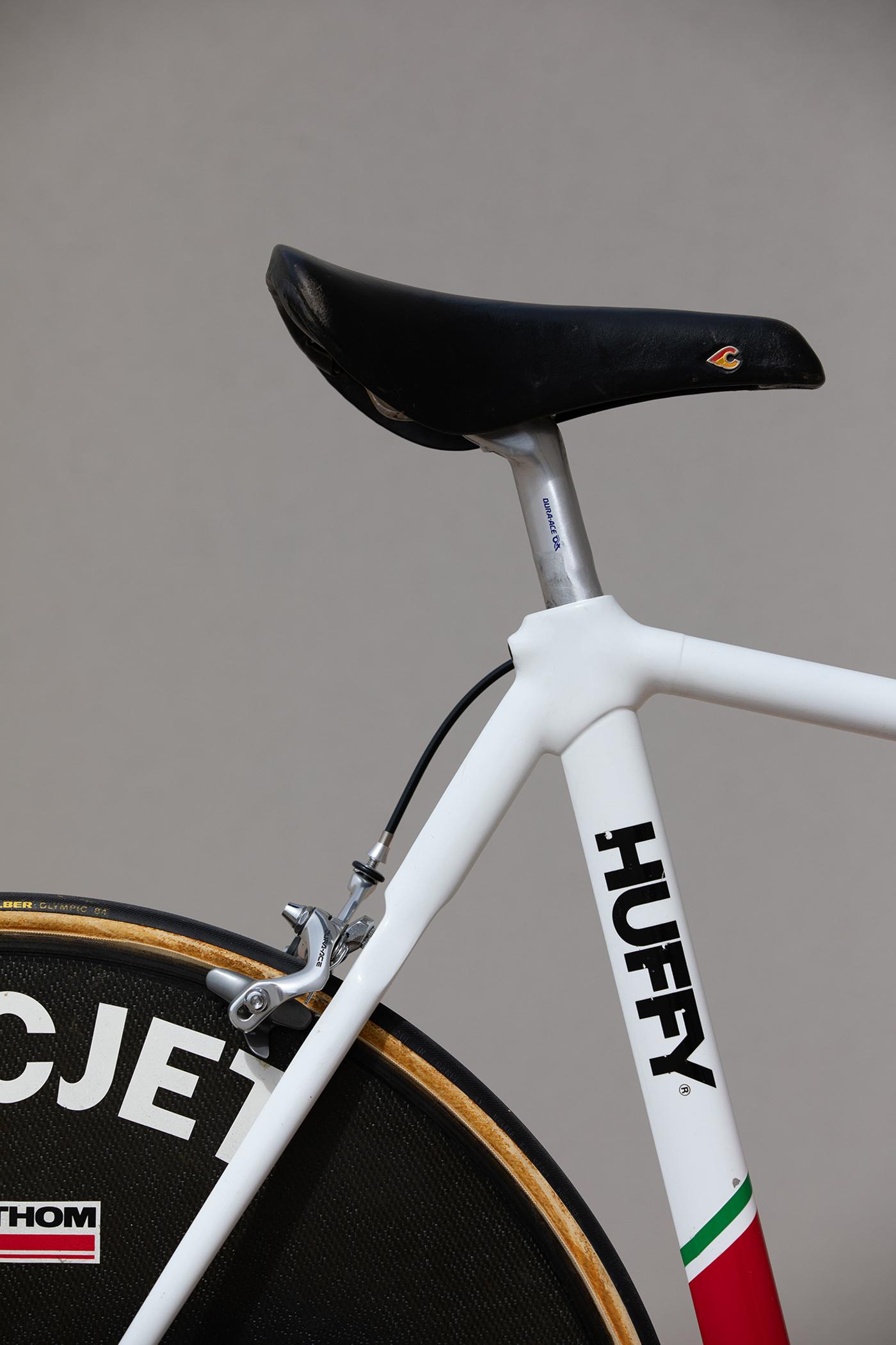 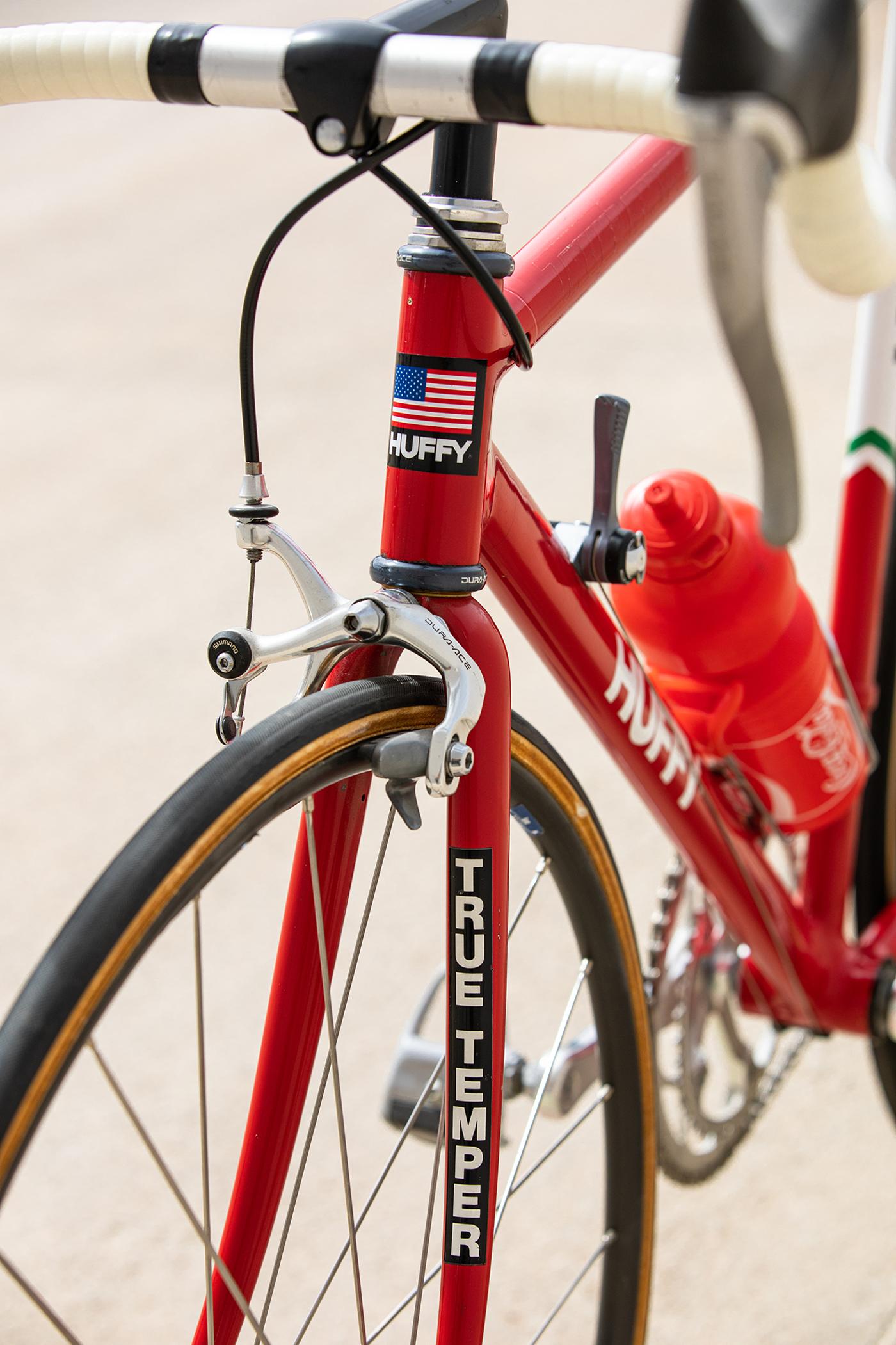 In the 1980s, Huffy was still a massive producer of low-end bikes but had started a push to establish credibility in the higher-end cycling market. This initiative included sponsoring races and teams, including 7-Eleven. It also included a new focus on innovation. Huffy established a technical development center near its HQ in Ohio and hired frame builders Mike Melton and Steve Bishop. The Huffy frames that came out of the development center were ridden to success in the 1984 and 1988 Olympics. On Team 7-Eleven, while most team members famously rode Huffy branded frames, these were actually built by other framebuilders. The time trial bikes, however, came straight from the Huffy technical development center as the team sought a hard break from traditional framebuilding design. The early-80s saw a greater focus on aerodynamics. This led to the introduction of non-round, tear-drop-shaped tubing and the rise of small front-wheeled “funny bikes” — a design ultimately banned by the UCI. 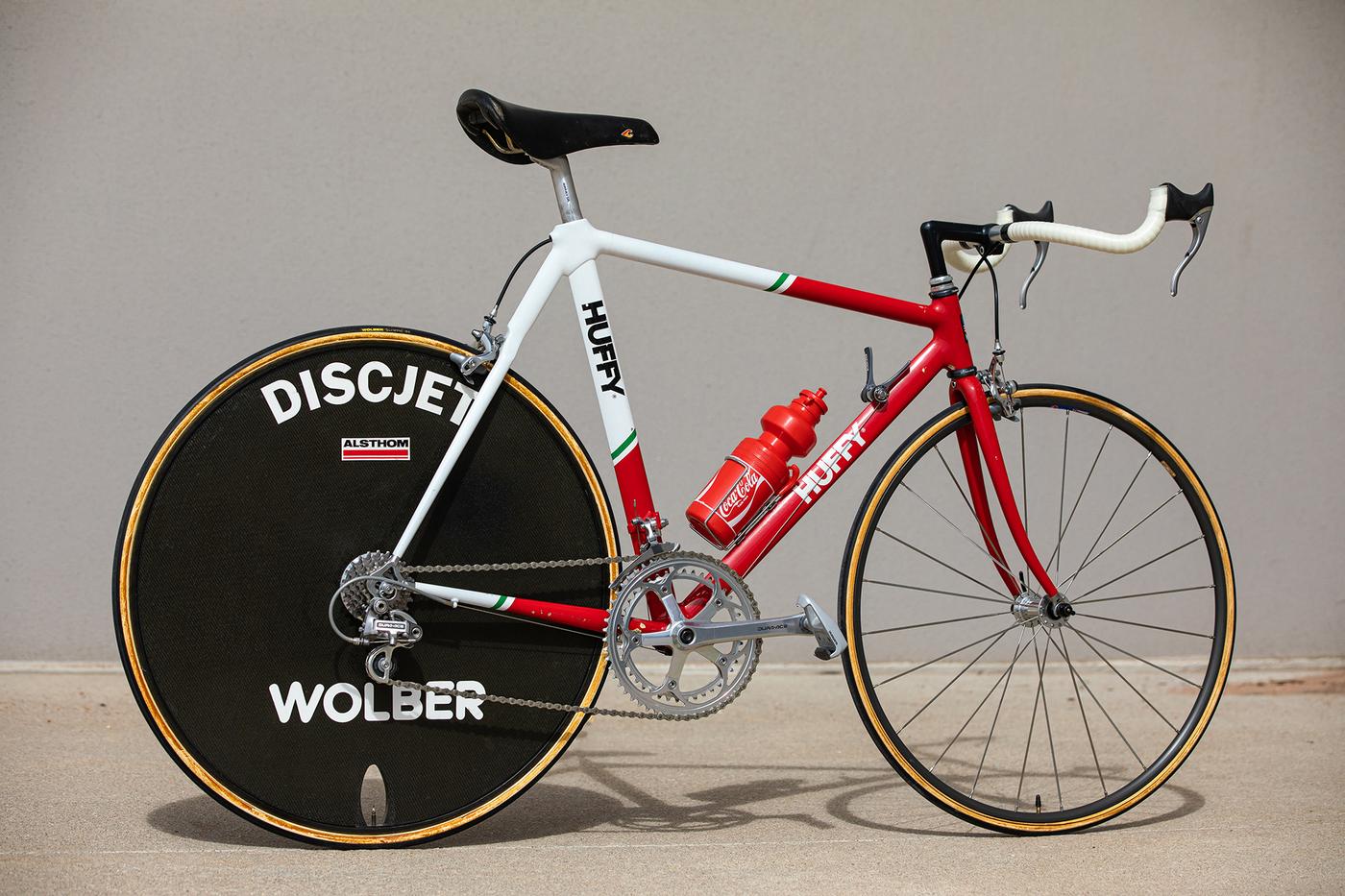 Alcalá’s 1988 Huffy time trial bike exemplifies the look of raw speed emblematic of mid-80s funny bikes. Its construction and design reflect the highest aspirations of the Huffy brand. It competed in many of the biggest races in the world, including the Tour, allowing Alcalá and the 7-Eleven team to leave their mark on cycling history. With its iconic 7-Eleven color scheme and aggressive looks, it is also one of the most eye-catching bikes in the TPC museum and it continues to resonate with cycling enthusiasts today.