Today, we’ve got an extraordinary treat, brought to you by Mike Wilk, Nick Martin, founder of The Pro’s Closet, with photographs by John Watson. At Sea Otter, John photographed Nick’s personal 22″ 1992 Yeti Ultimate. This one-off bike has such a unique story; aside from being the only bike this size made in that era, it also has a Tioga Disk Drive rear wheel. It’s not every day you get to feature such a rare bird as this Yeti Ultimate, so read on for an in-depth look at what makes this bike so unique! 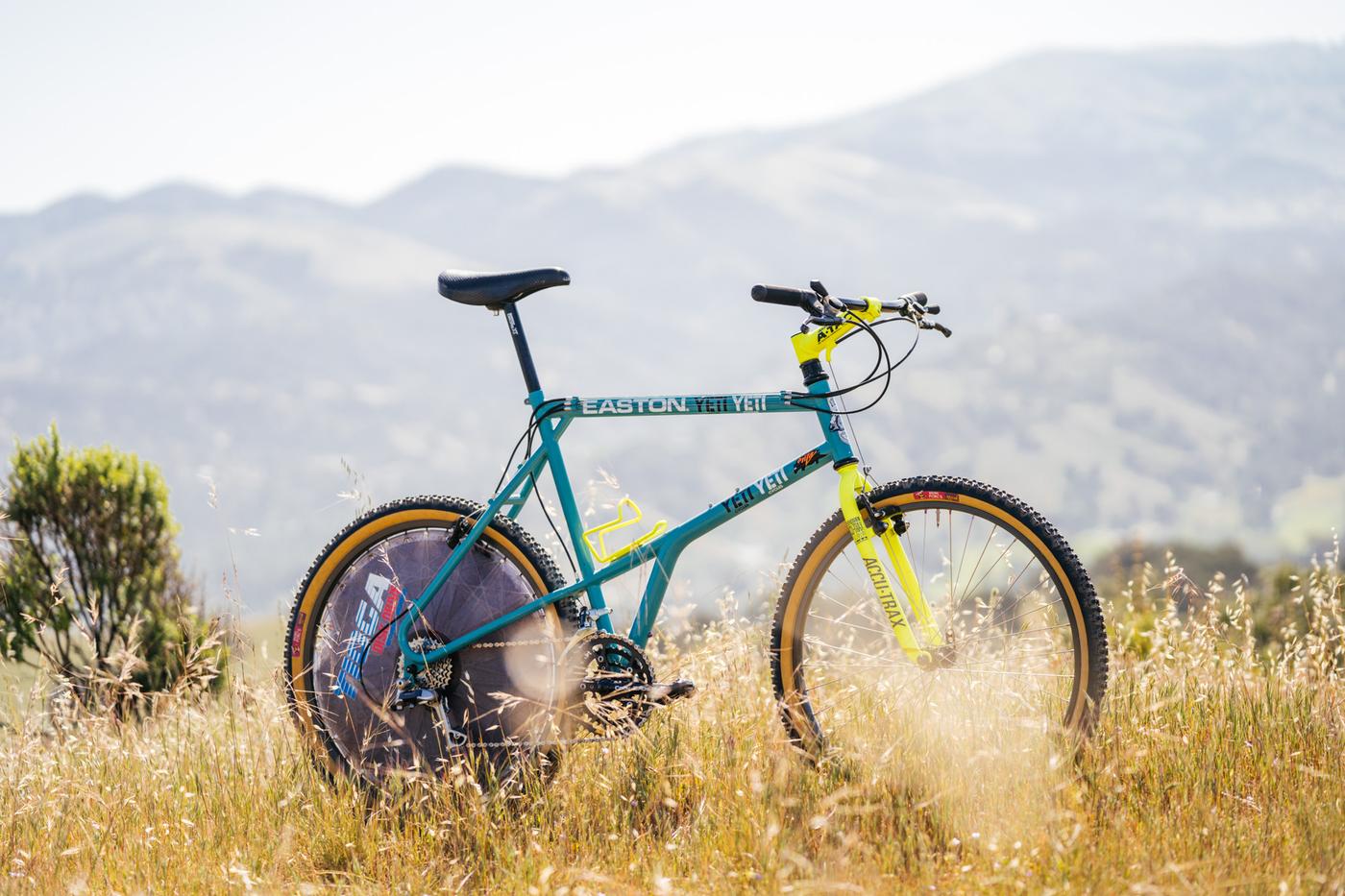 It’s fall of 1988, and Jody Weisel, editor of Mountain Bike Action Magazine, gathers two colleagues for lunch, and he’s excited.  He’s had an idea for a story for some time but, thus far, has been unable to pull all of the pieces to make it come together. But he’s suddenly had a breakthrough. They sit down at their favorite Mexican restaurant. Weisel tells his friends about a recent meeting with Richard Cunningham, founder of Mantis Bicycles, and who many consider an innovative driving force within the burgeoning mountain bike industry. 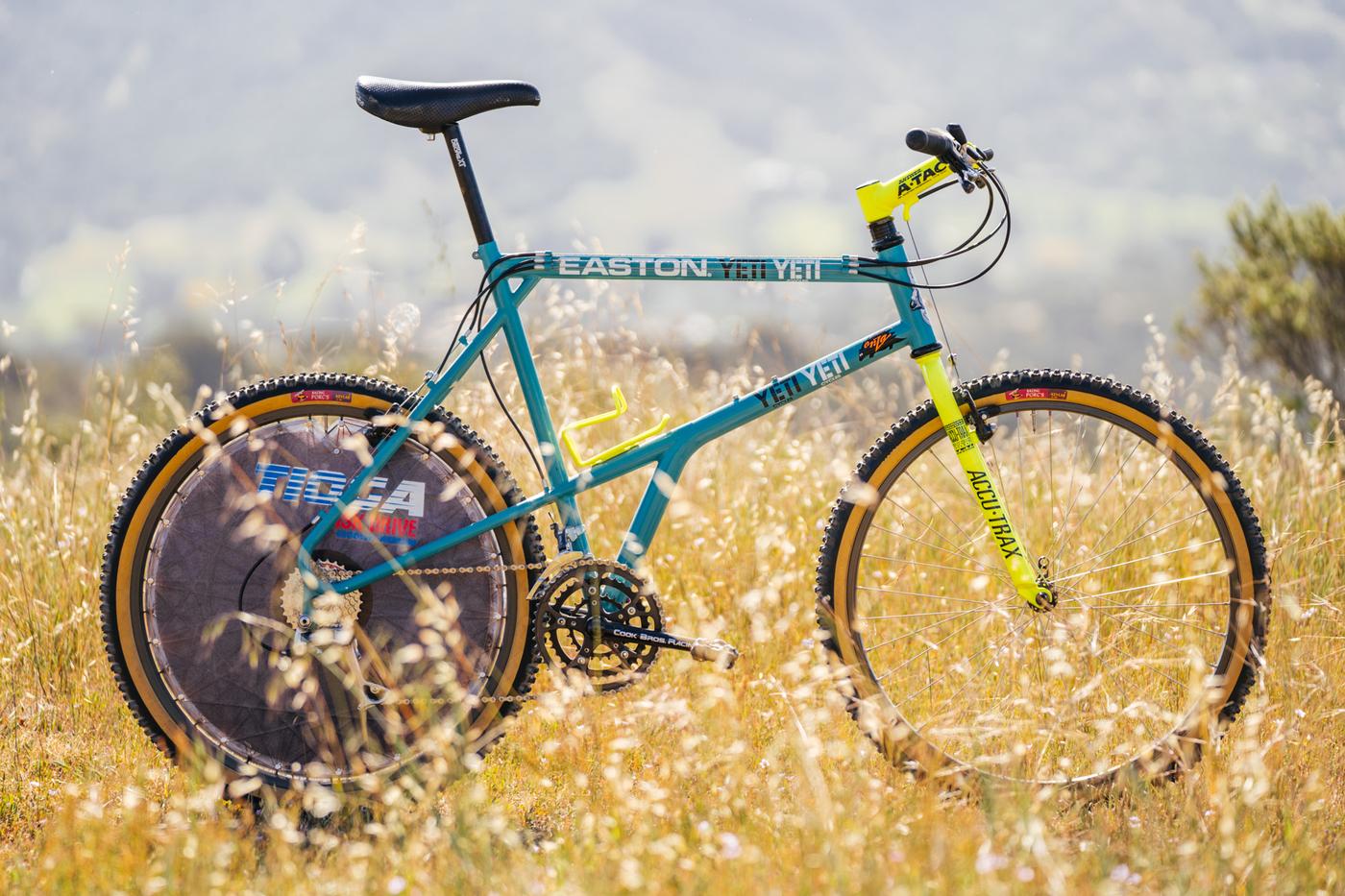 Cunningham had been experimenting with many out-of-the-box ideas on frame construction, including blending dissimilar metals to exploit the benefits of both, and more recently, developing a frame with elevated chainstays.  This design allows for more tire clearance, a shorter wheelbase, and most importantly, eliminating the dreaded “chainsuck,” a major problem these days. After seeing a prototype bike with elevated chainstays in Cunningham’s shop, Weisel finally had the direction for his latest article idea: Mountain Bike Action builds “The Ultimate Bike.” 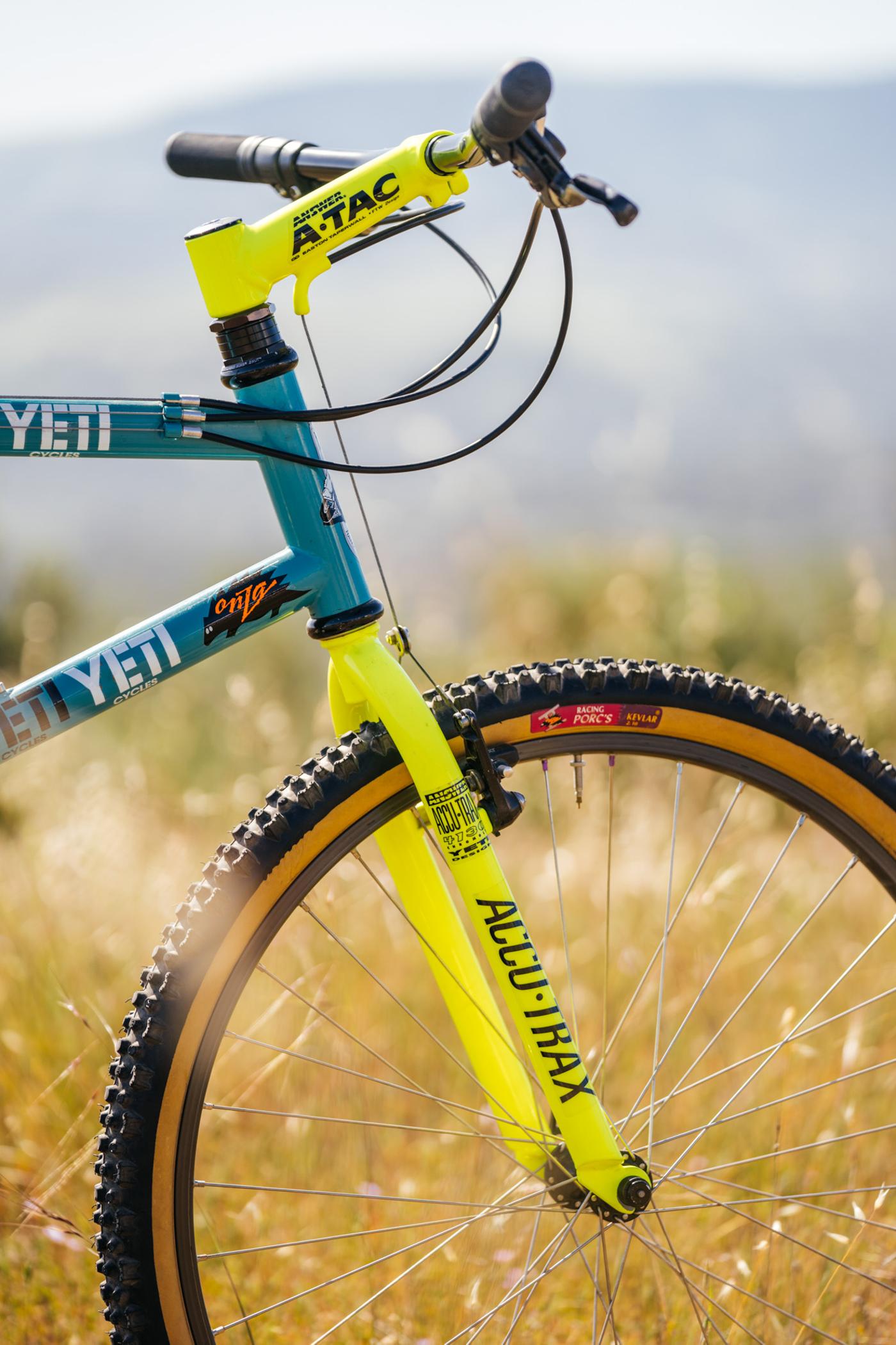 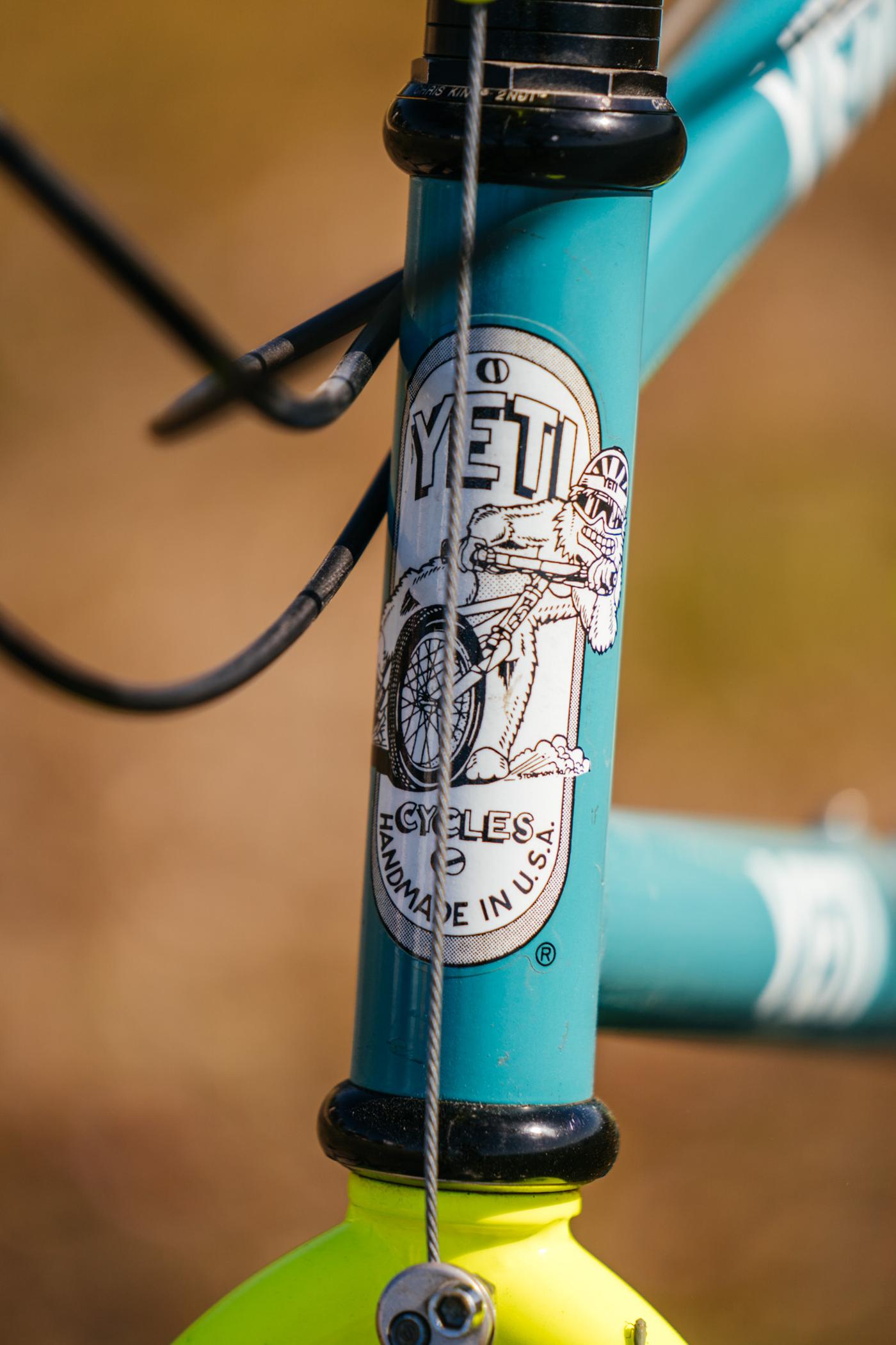 Weisel begins to explain the concept to his companions, fellow editor Zapata Espinoza and John Parker of Yeti Cycles.  Frustrated in his inability to explain in words what he’s seen, he flips over his paper plate and begins to scribble out a design concept.  He thrusts it into Parker’s hands and says, “This! I want you to build me THIS bike. You have a month.” “We Build the Bike of the Future” was a three-part story in Mountain Bike Action between May and July 1989 and featured the radical frame built by Chris Herting of Yeti Cycles.  Parker had entrusted his partner and valued bike designer with converting the drawing on the paper plate into an actual rideable bike that would wow test riders and in turn, readers. The article was a hit, and with Yeti’s name splashed all over this “future” bike in the industry’s premier mountain bike magazine, Parker saw dollar signs. The bike in the article was a product of the Yeti designers and fabrication team, but it wasn’t a true Yeti, not until it had its trademark “loopstay” rear triangle.  Once again, Herting was tasked with creating a version of the MBA “Ultimate” bike that could be put into production at the Yeti Factory and marketed to consumers. The name of the bike? The Yeti Ultimate, of course.

The Rise of Framebuilder Popularity

Fast forward a year and the once-struggling small company, Yeti Cycles, was now a significant player in the burgeoning mountain bike race scene.  The Ultimate Bike article had put Yeti on the map, and the Yeti Ultimate was featured as a production bike in their first-ever catalog and was a mainstay on the NORBA race circuit.  Buyers patiently waited months for an Ultimate while Herting and the Yeti team worked out the kinks of the fabrication process. Across town in Los Angeles, another small frame builder was also basking in the limelight of newfound fame. John Slawta of Landshark Bicycles was suddenly in high demand when Andy Hampsten won the 1988 Giro d’Italia on a Landshark frame, and many came calling seeking a custom bike, including local celebrities. Parker, always looking for more exposure for his fledgling company, sought to take a page from Slawta’s book and suggested to Herting that they build a bike that might attract someone rich, famous, and in need of fitness. Basketball players!  Herting was tasked with supersizing their most popular bike at the time, the Yeti Ultimate. 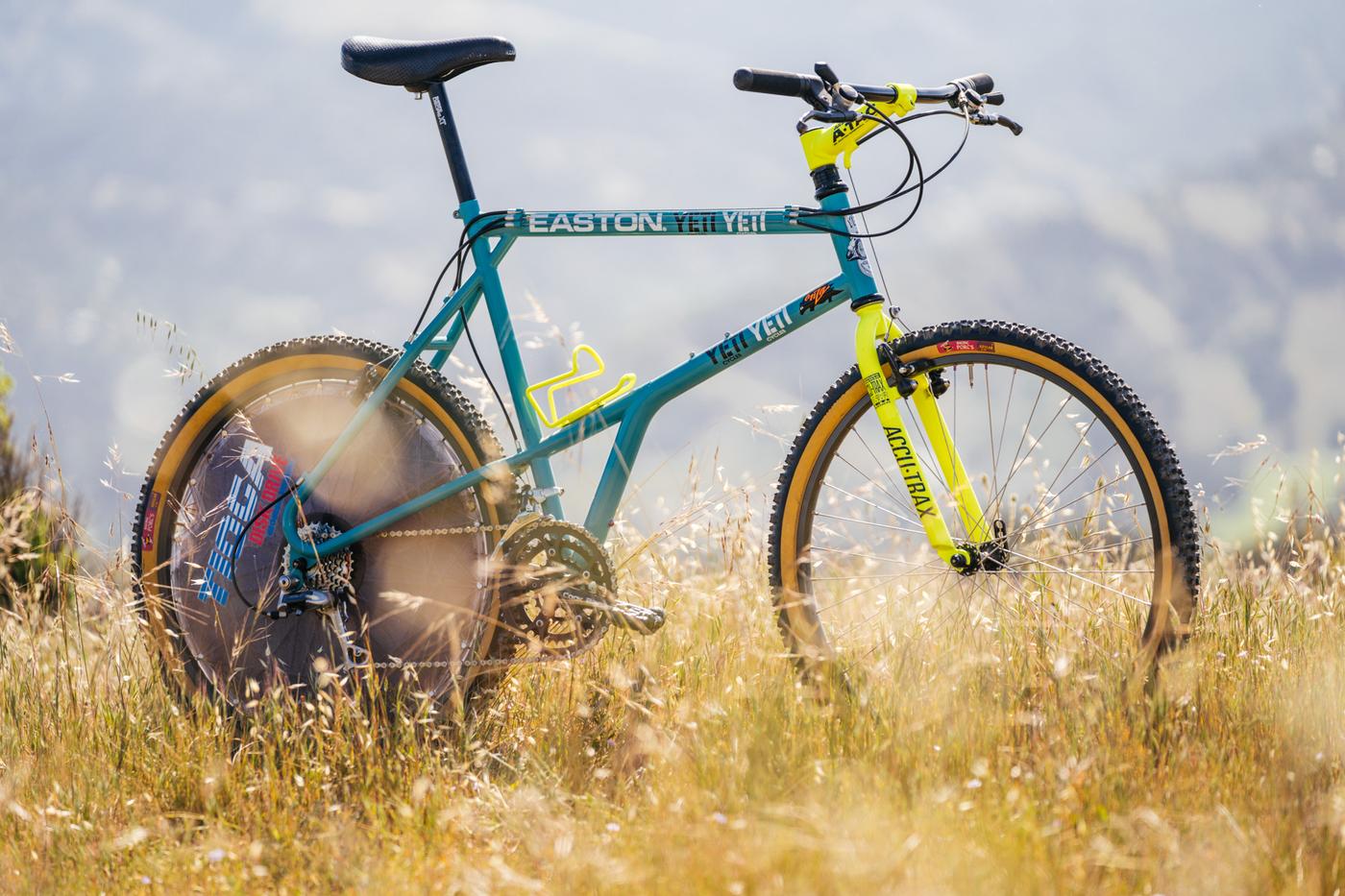 The result is this bike, a custom 22” version of Yeti’s classic frame, the only one they ever made.  Herting added a custom brace between the seat and top tubes to strengthen the area that would see the most stress under a 7’+ tall rider. The bike never did attract a famous basketball player, so Parker gave it to his brother Matt, who at 6’6” would be the only one who would fit. 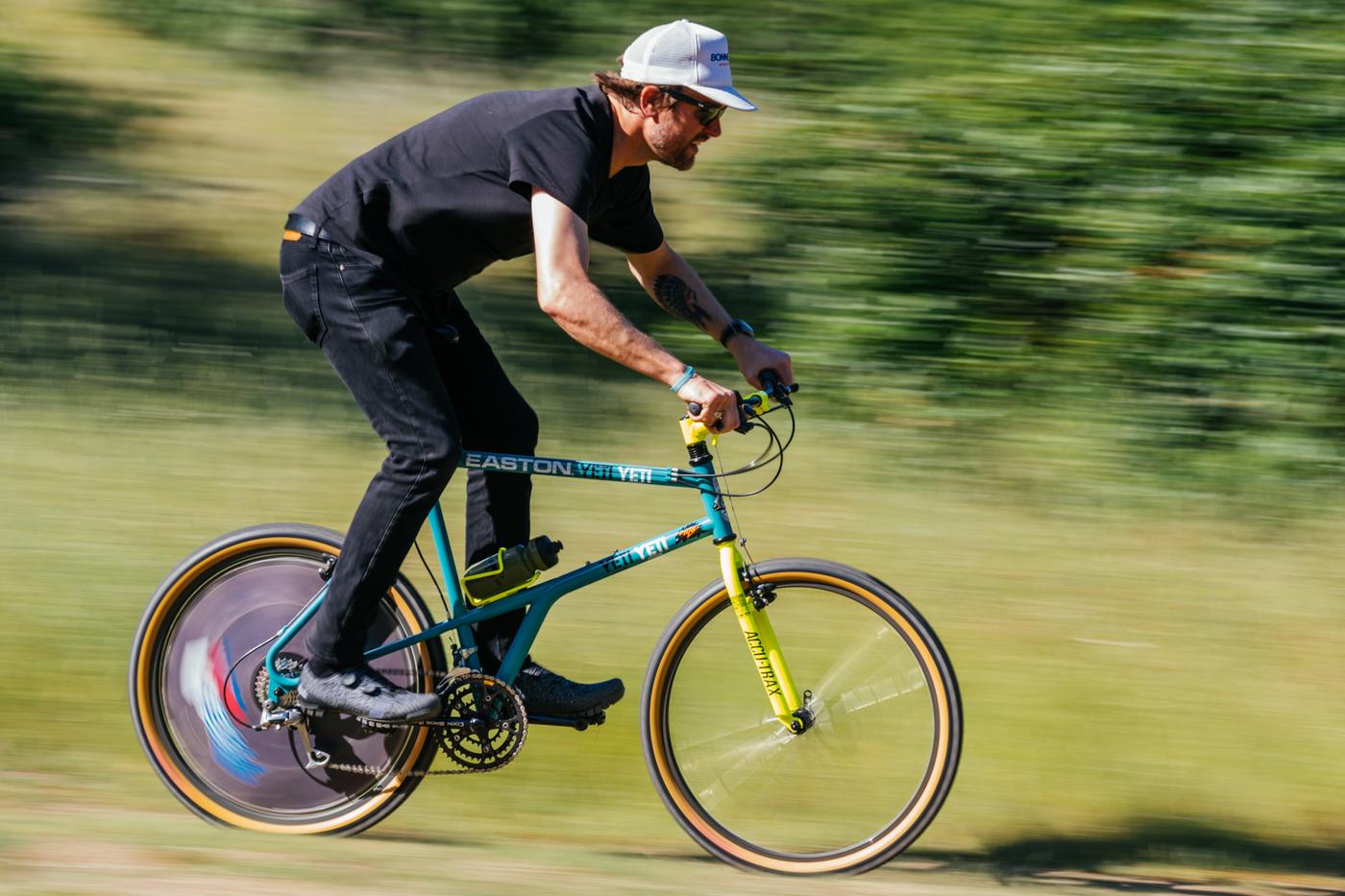 The bike bounced around Southern California for years until it ended up in the hands of a tall Yeti collector, who then passed it on to Nick Martin, Founder of The Pro’s Closet.  Being a lanky guy himself, Nick struggled to find vintage bikes that fit. The one-off celebrity-bait Ultimate had finally found its rightful place in The Pro’s Closet Museum… 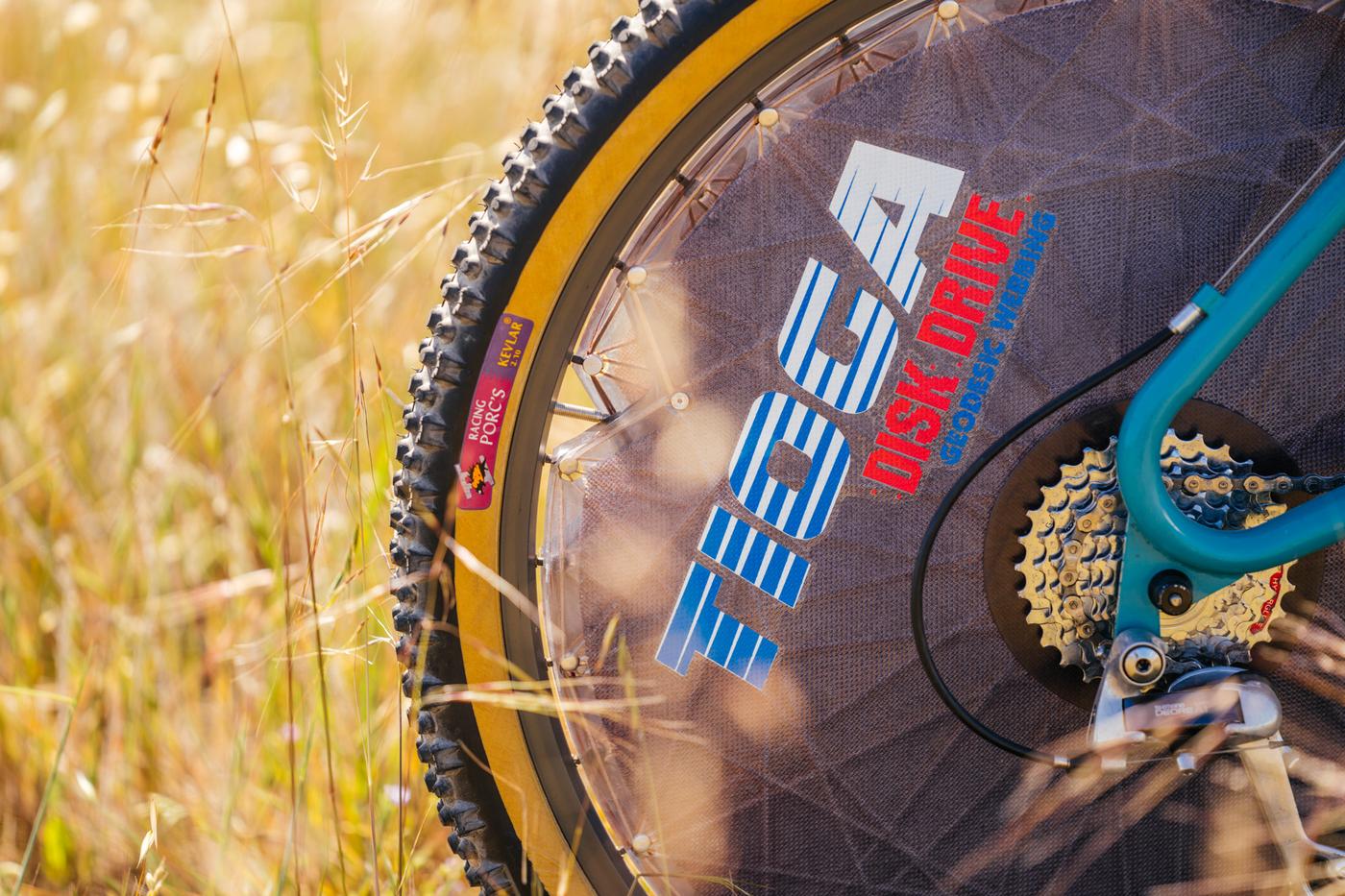 About the Disk Drive Wheel!

In the 90s, Tioga came up with a way to soften the harsh ride quality of hardtail bikes by utilizing a Kevlar tension system that allowed the rear hub to float and move with each hit the rear wheel would take. When you hit a square edge with the Disk Drive, the wheel would absorb the blow. Riders of this system also experienced increased traction when climbing steep trails and double track. What was most interesting about the Disk Drive was its ability to flex and pop in turns, storing energy with each pump and turn, allowing riders to pre-load this wheel.

What is most unique to the Disk Drive was the swooshing sound it made while being ridden and while they were known to fail catastrophically, it didn’t keep the pros from racing them.

Nick has a few of these in NOS condition and he sacrificed one for this shoot, making it extra special!