The Mamtor from Quirk Cycles is UK-based framebuilder Rob Quirk’s all-road model, designed for mixed paved and gravel riding with clearance for up to 700 x 38c tires. The Kintsugi-inspired Mamtor was one of our favorite bikes from this year’s Bespoked where it won “Best Finish,” and today, along with a brief glimpse inside Quirk’s workshop, Rob gives us a full rundown of this ornately-finished machine by Velofique Designs, accompanied by a gorgeous photoset from Nikoo Hamzavi. Enjoy! Rather than signifying a fortuitous double entendre about design peculiarities, Quirk Cycles is eponymously named for the founder/builder Rob Quirk, who has been building bike frames for nearly a decade. Trained as an artist and research architect, Rob took his first framebuilding course at the recently closed Bicycle Academy in 2014 and started Quirk Cycles soon after in 2015. He considers himself part of the Second Wave of new-school UK builders, many of whom learned from Andrew and the team at TBA and continued to stay involved at the Academy, either by teaching courses and masterclasses or collaborating on projects and sharing information together over the years. 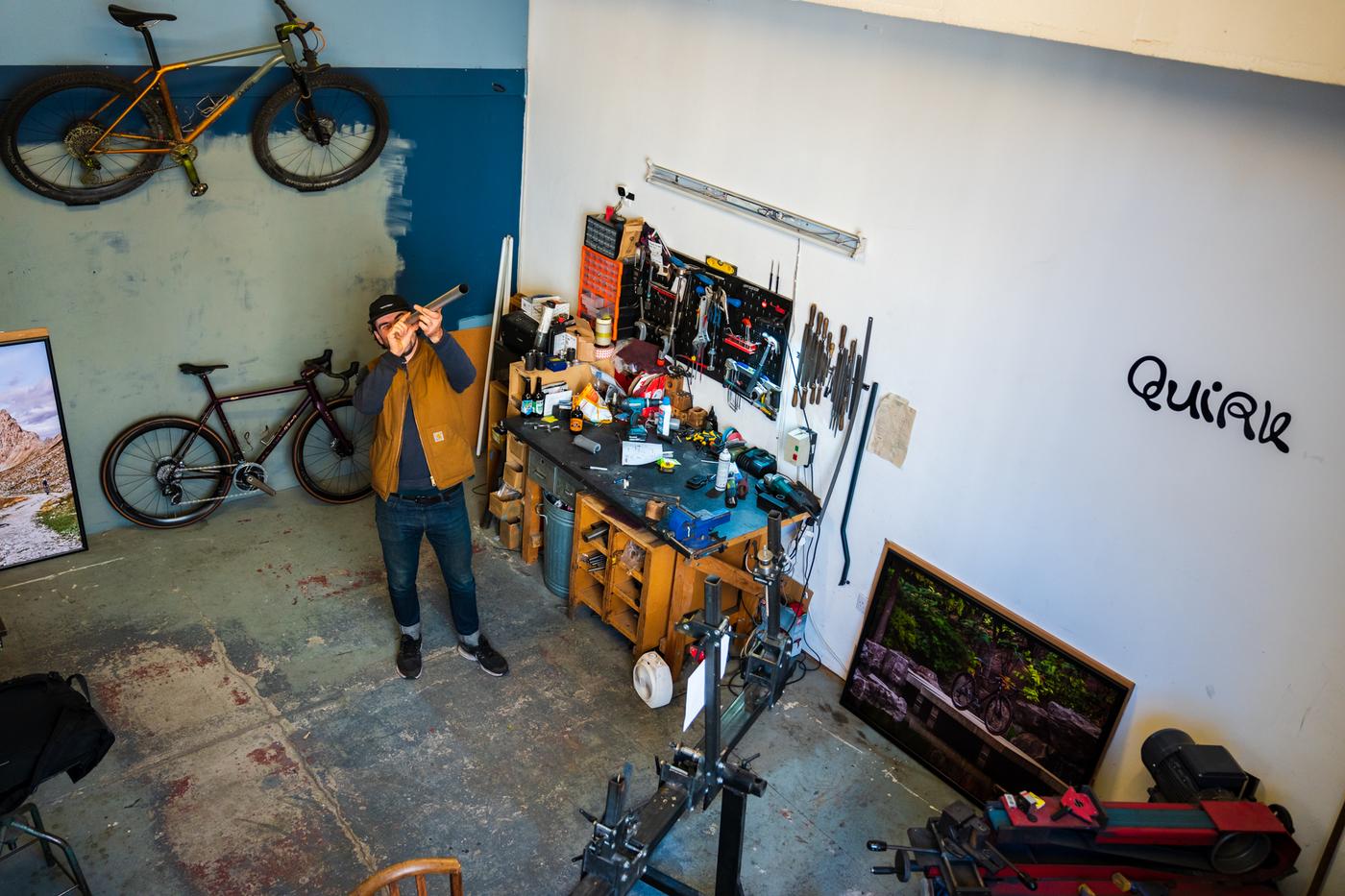 Whereas previous generations of UK builders might have embraced the traditional Italian master/apprentice model for inspiration – viewing finished products as coveted artworks merely because of who made them – Rob’s cadre and other builders starting in the aughts were a bit different. They, of course, looked up to UK first-wavers like Feather and Donhou, but seem to have also developed a bit of a North American ethos, leaning into values of builders with more collaborative practices whose handmade bikes balanced beauty with functionality. These were bikes meant to be ridden, not worshipped. Coincidence or not, Rob’s Hackney Wick workshop formerly housed Donhou Bicycles before Tom moved to Athens, Greece.

You’re probably thinking this Mamtor pictured below sure does look like a piece of art. But, we assure you- it’s already out being ridden by its owner. “It’s a tool, not a jewel!” 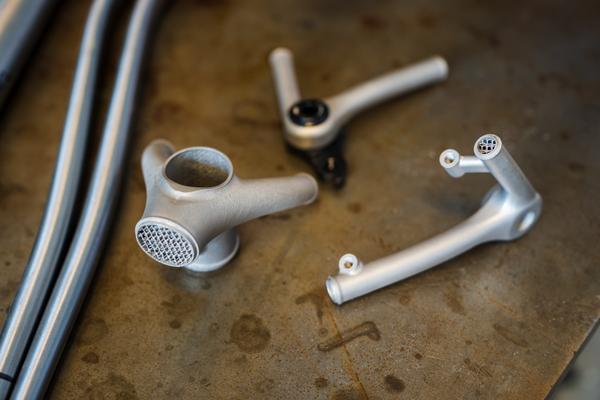 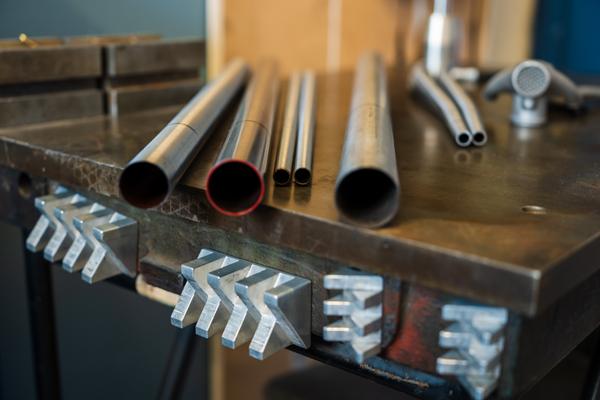 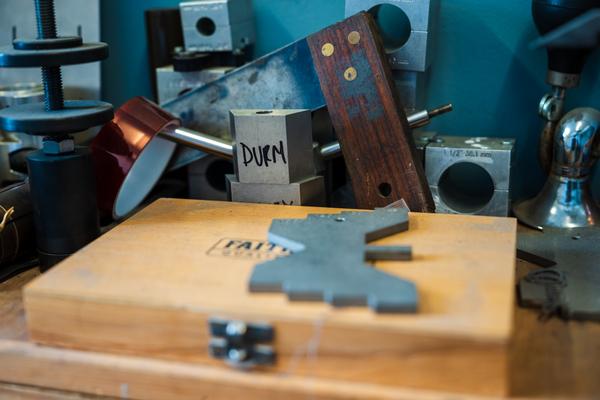 Embracing TBA tenants like collaboration and innovation (more on TBA’s approach in these pieces by John and Petor), Rob was an early adopter of 3D-printed frameset components like seat clusters, dropouts, and oversized headtubes. No longer limited by what a CNC mill could carve out of a lump of alloy, these parts have enabled his bikes to shed weight, handle stress better, and make frame construction and alignment processes more precise and efficient. They also add up to create a uniquely-Quirk finished product.

Now, we’ll hand it over to Rob to tell us more about this gorgeous Mamtor and the setting for its photo shoot. I often describe getting a custom bike as ‘getting the keys to the candy shop,’ but every so often, you get a customer who gives the keys back and lets me loose! Lawrence was one such customer, and as you can see, the result is just sublime. Grab a seat, sit back and revel in all the little details that went into making this illustrious build. 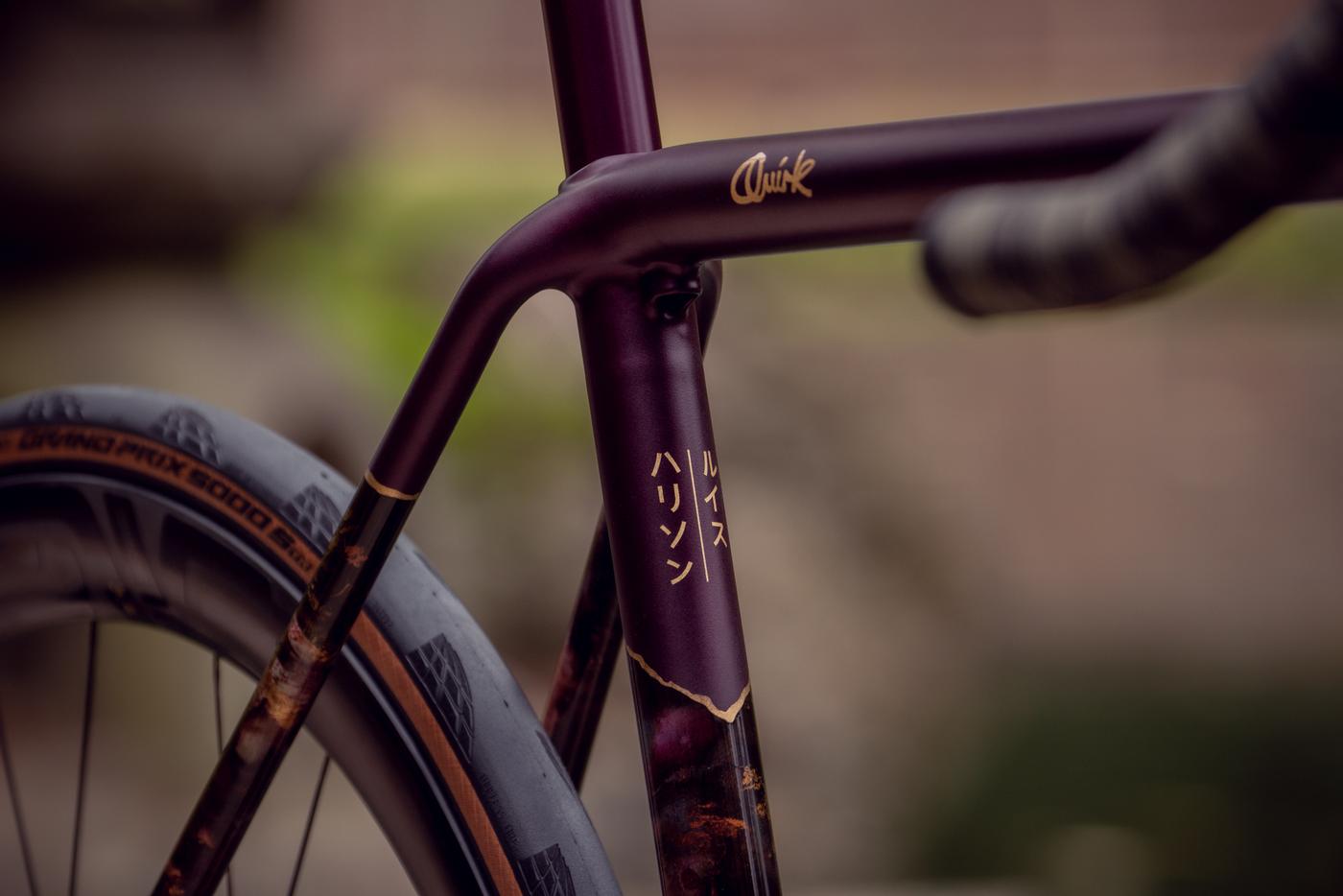 Lawrence knew from the start he wanted our All-Road model, the Mamtor, for its versatility, and his choice allowed me, for the first time, to bring my unique 3D printed seat-cluster and dropouts to a gravel model. I wanted to pair them to the Enve integrated hidden-cable system for super clean lines throughout the build. To achieve this, I created an oversized 54 ID headtube to accommodate the 1.5″ bearing needed on the top of the assembly. This design adds strength by placing the bearings inside the headtube and sheds weight from the overall assembly, creating a technically beautiful and streamlined multi-purpose all-road bike. 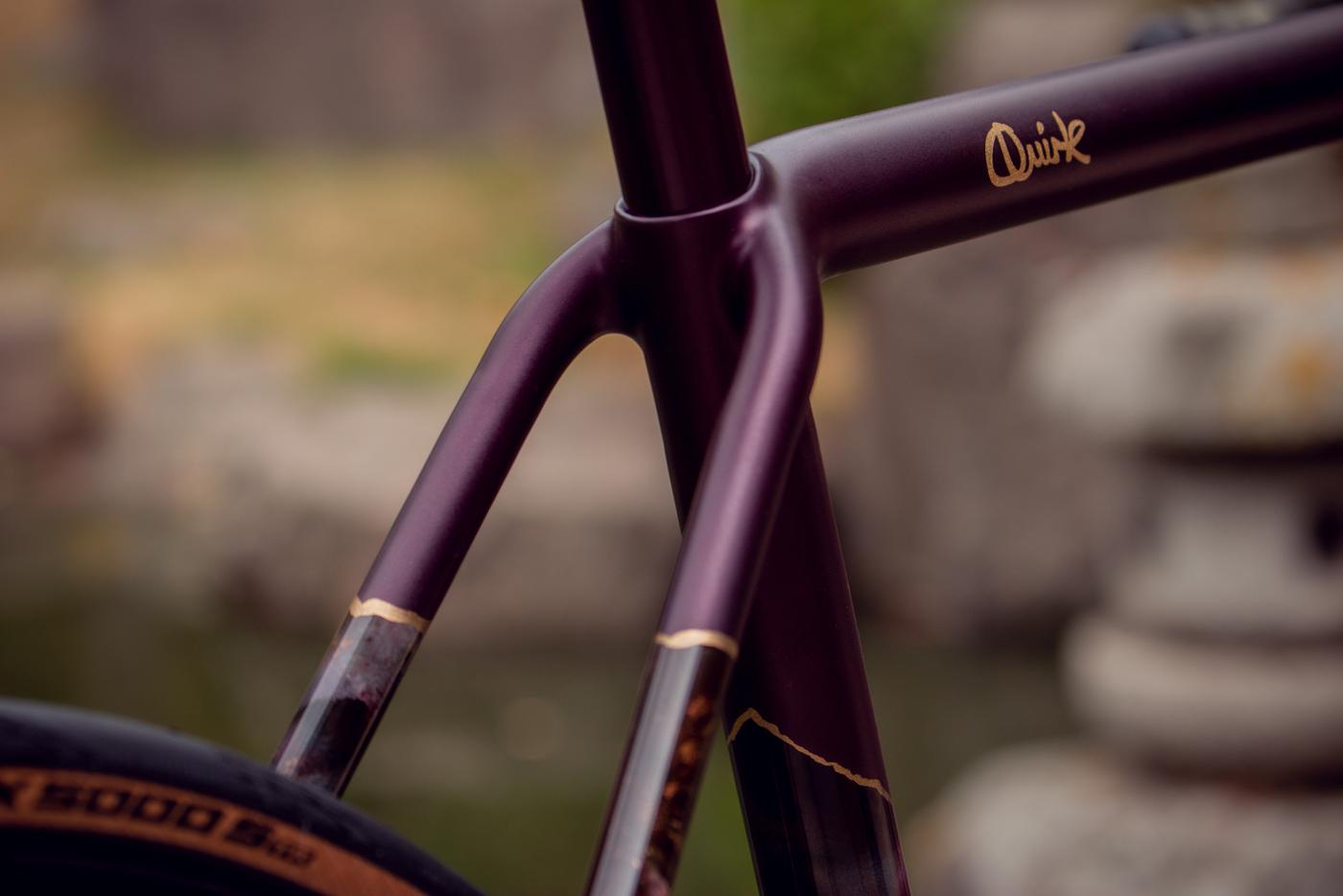 I’ve made a name for myself for fantastic finishes and paint designs, and this build was one where the opportunity to do something special was really open. I approached Lucia of Velofique Designs to produce one of her unique abstract hand-painted finishes for this build. Inspired by the Japanese art of Kintsugi (where broken pottery is beautified through gold leaf repair), Velofique has created an otherworldly tableau of hand-painted landscapes of golden waterfalls and trees. The finish is achieved through several layered experimental processes involving liquid masks to hand-painted techniques. Those with a keen eye will spot that the 3D printing doesn’t stop at the frame, with the cranks being Sturdy Cycles printed in titanium. These have been paired with SRAM Red rings to round off the wireless AXS groupset. A build with an Enve cockpit would only be complete with Enve wheels; in this case, the SES 3.4, along with a set of Enve AG28 650b wheels and 42mm tires for when rougher roads are on the cards. But, would you ever dare take this off-road? 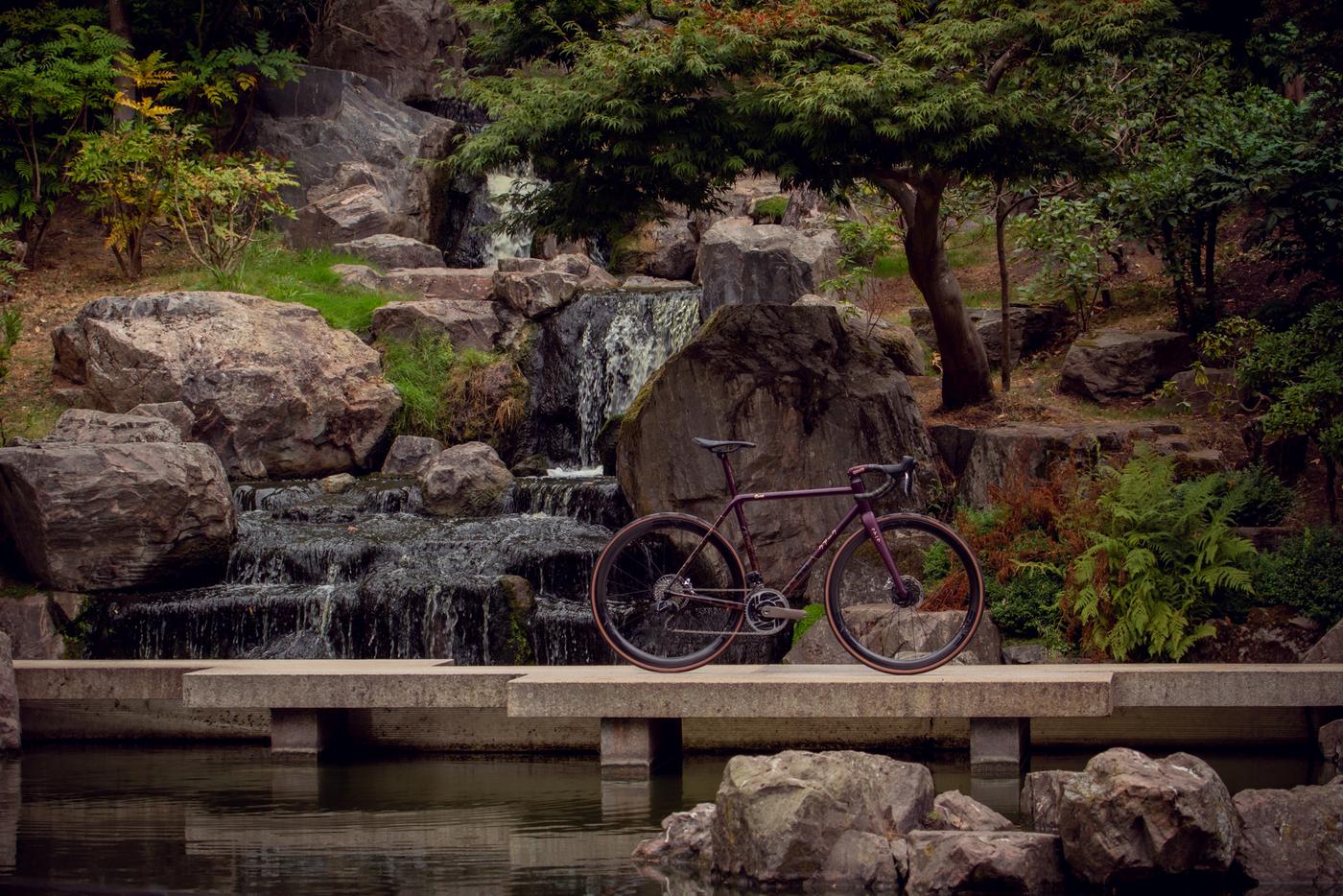 It would be hard to look at these amazing pictures without speaking a word of the photographer who took them, Nikoo Hamzavi. I’ve been lucky enough to work with Nikoo throughout my time working on Quirk, and her skill at capturing the mood and feel of my bikes has always stood out. For this shoot, though, the extra work and effort really show as we really wanted to continue to build upon the Japanese water garden motifs from the paint finish. I think it’s fair to say the effort paid off.