My friend Sinuhe Xavier and I have always been “out of context” friends. By that, I mean that we’ve only hung out at coffee shops or lunch spots until a few weeks ago. The contextual slip is that we’re both known for our photographic work in the backcountry. He’s well known in the moto and auto world as always doing shoots deep in remote areas of the American West, and I, too, love those “big country” vistas but with cycling.

When my plans for Sea Otter were shaping up, I dropped him a note, asking if he would be anywhere on the Colorado Plateau in the coming weeks. We hashed out a plan and sent each other options for a campsite meet-up. Precious GPS coordinates were shared, and we settled on a date. The road to Sea Otter had begun… 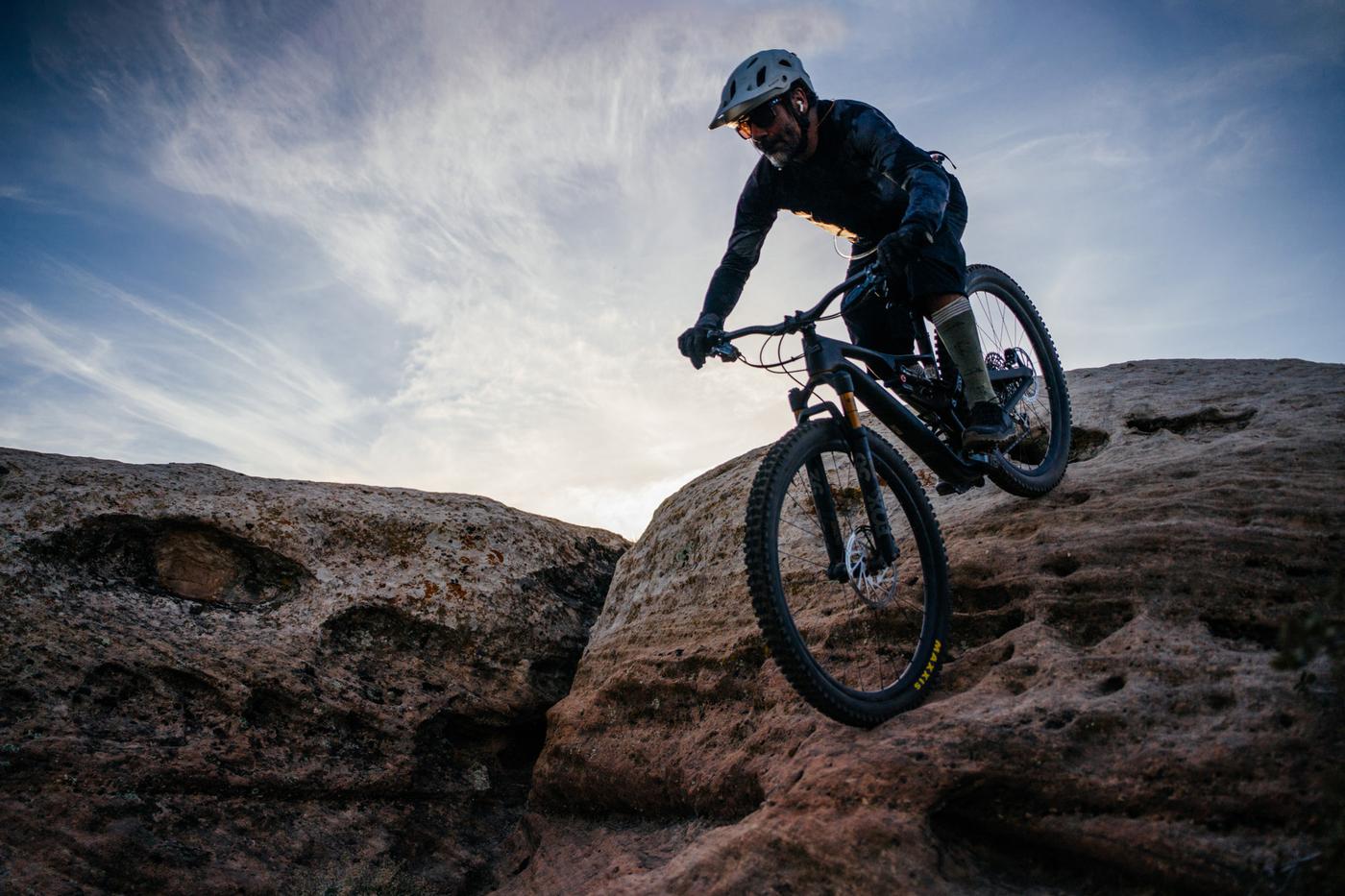 Now, Sinuhe isn’t merely an autophile. He began his career in the outdoor industry as a mountain bike journalist and photographer. A lot of his work, both moto, and auto is now found in Overland Journal, Expedition Portal, and Adventure Journal. Still, back in the day, he reviewed mountain bikes and created trip reports from all over the American West. 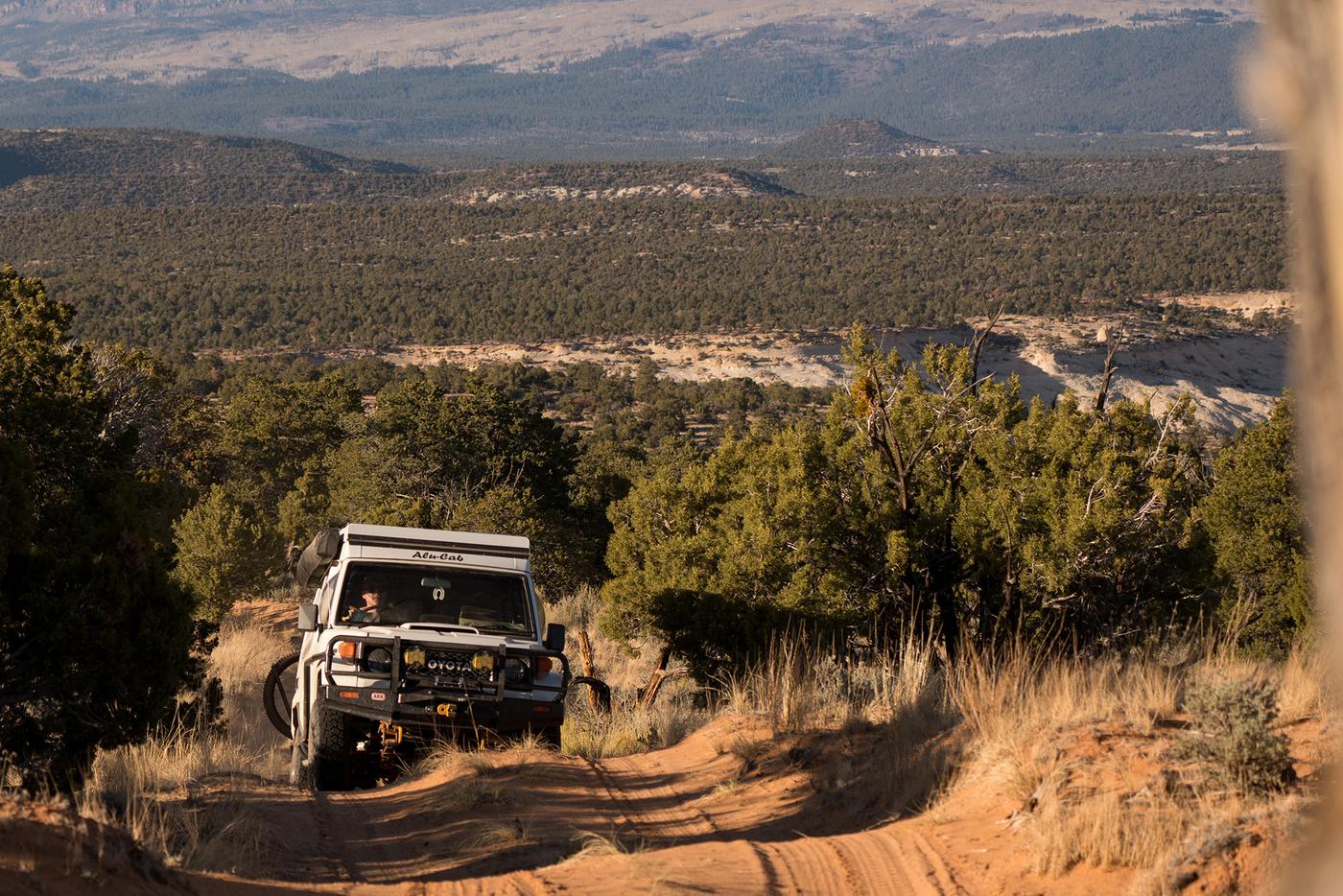 Years back, we met in Los Angeles at a friend’s birthday party and soon followed each other on Instagram, exchanging photos of Mojave spur roads, rock art panels, cliff dwellings, and super-secret campsites. You know, blood oath shit. We’d been planning a few cycling trips in the Moab area for later this fall, so it was good to put in some time on that famed red dirt. 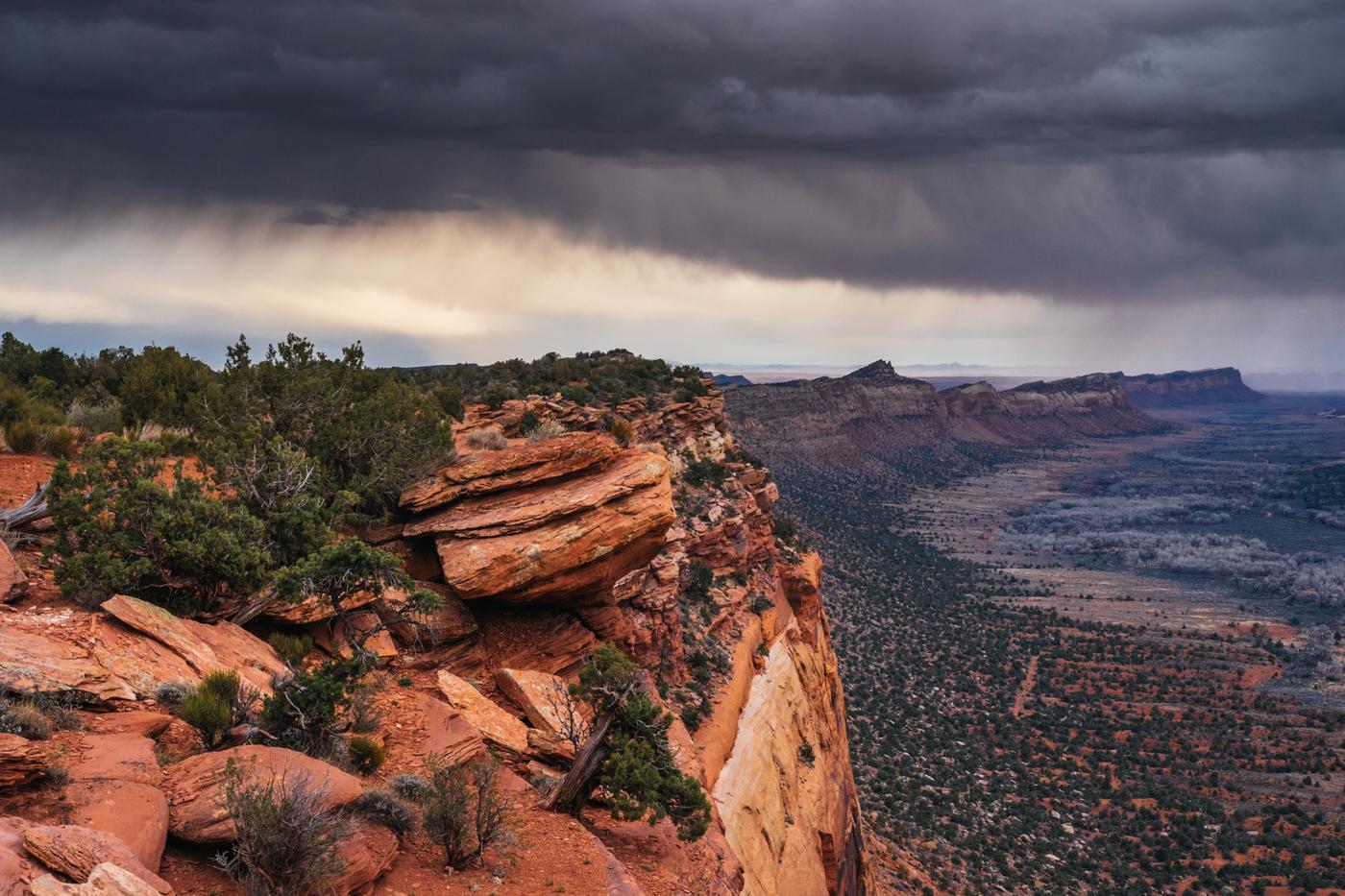 After meeting up that first evening in the desert, we laid out a rough plan: we’d meander along mostly dirt roads and double-track trails out to Gooseberry Mesa, where we’d split off to our obligations. He had to go pick up his son in Los Angeles, and I had to go to Sea Otter. The following four days were precisely the sort of desert reset I needed. At camp that evening, I fell asleep to the aroma of cold rain on hot rocks… 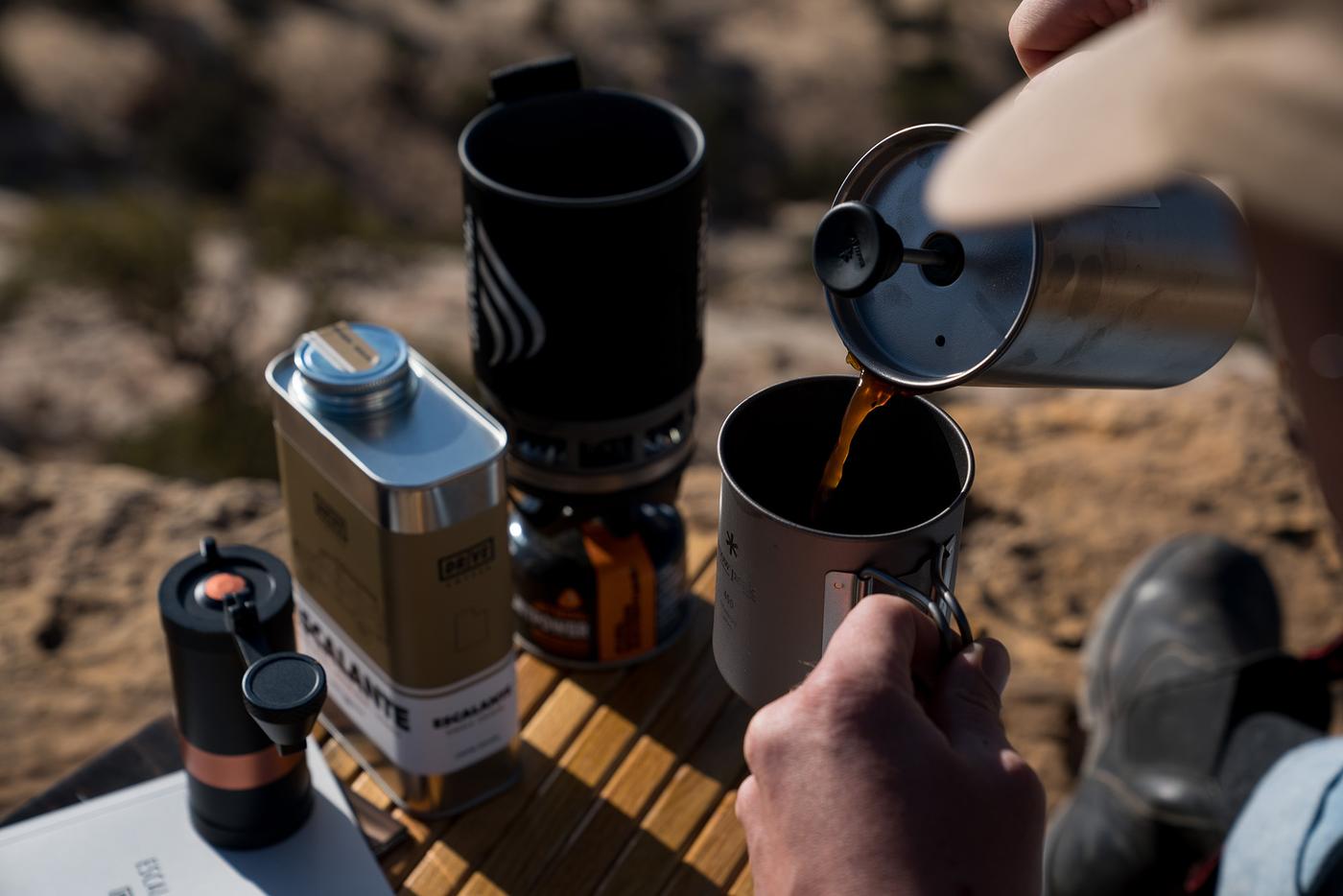 Life compounds, compresses, and if you don’t set aside time to get a little dirty, savor mornings, and build friendships, it’ll blast right by ya, dust trails lifting to the heavens. I’d been craving the smell of juniper, sandstone escarpments, and places both new and familiar. 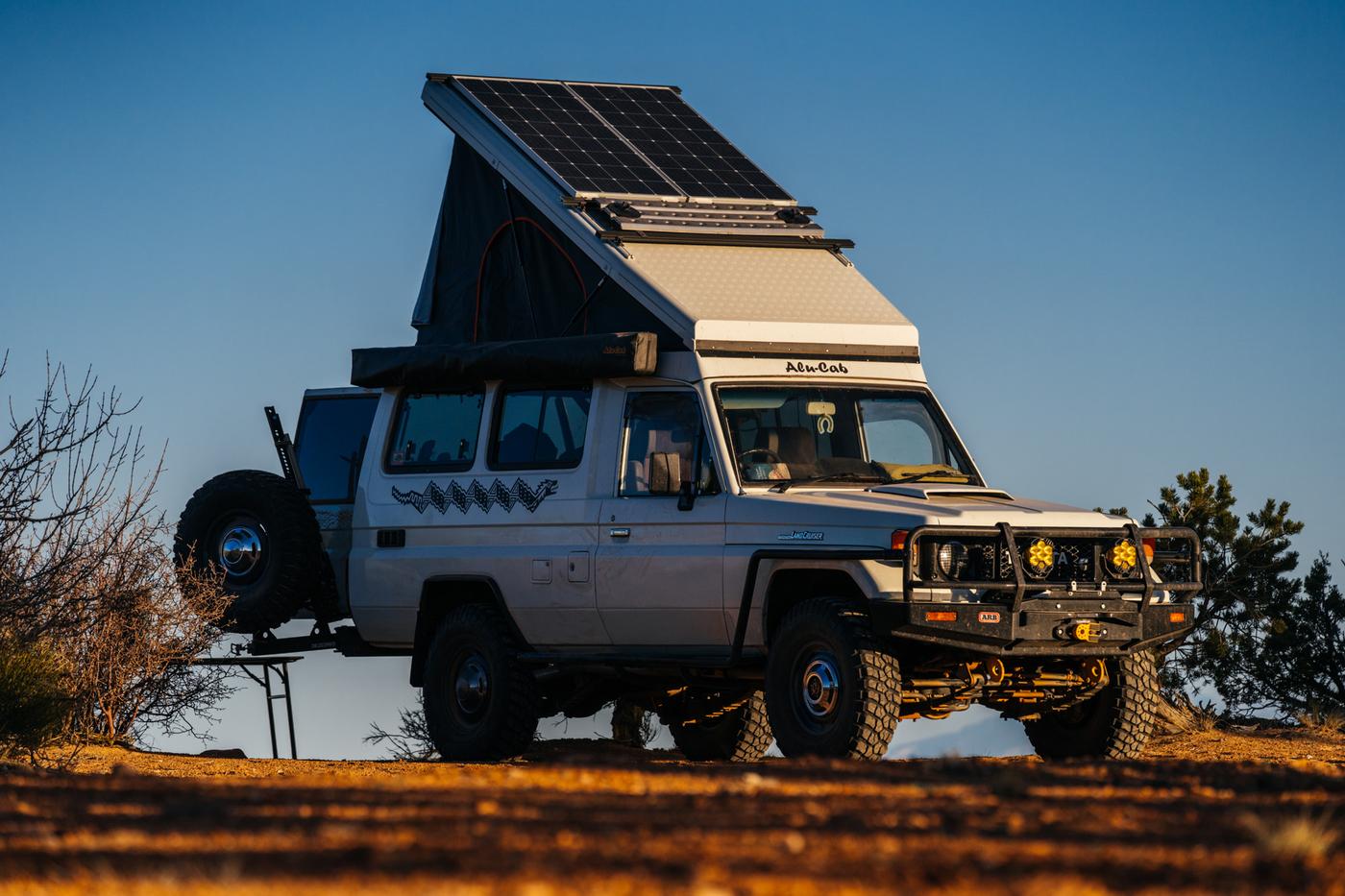 The engine in my Land Cruiser blew last year after filling up with water-contaminated diesel in Española, New Mexico. I shipped it off to a shop in Montana to get a new Cummins R2.8 engine installed back in June of 2021. In February of this year, I picked it up after a brand new engine and a lot of extra preventative work, so I was eager to rattle it across 300 miles of washboard roads. It’s kind of the ultimate camper, perfect for trips like this, and has been an absolute joy to drive out to bike events. Along the way, I’ll scout for potential bicycle touring routes, noting spring sites, epic camping, and more. The best part is with the new engine, I’ve been getting 30mpg consistently, which is impressive in what is essentially a 30-year-old,  giant brick. 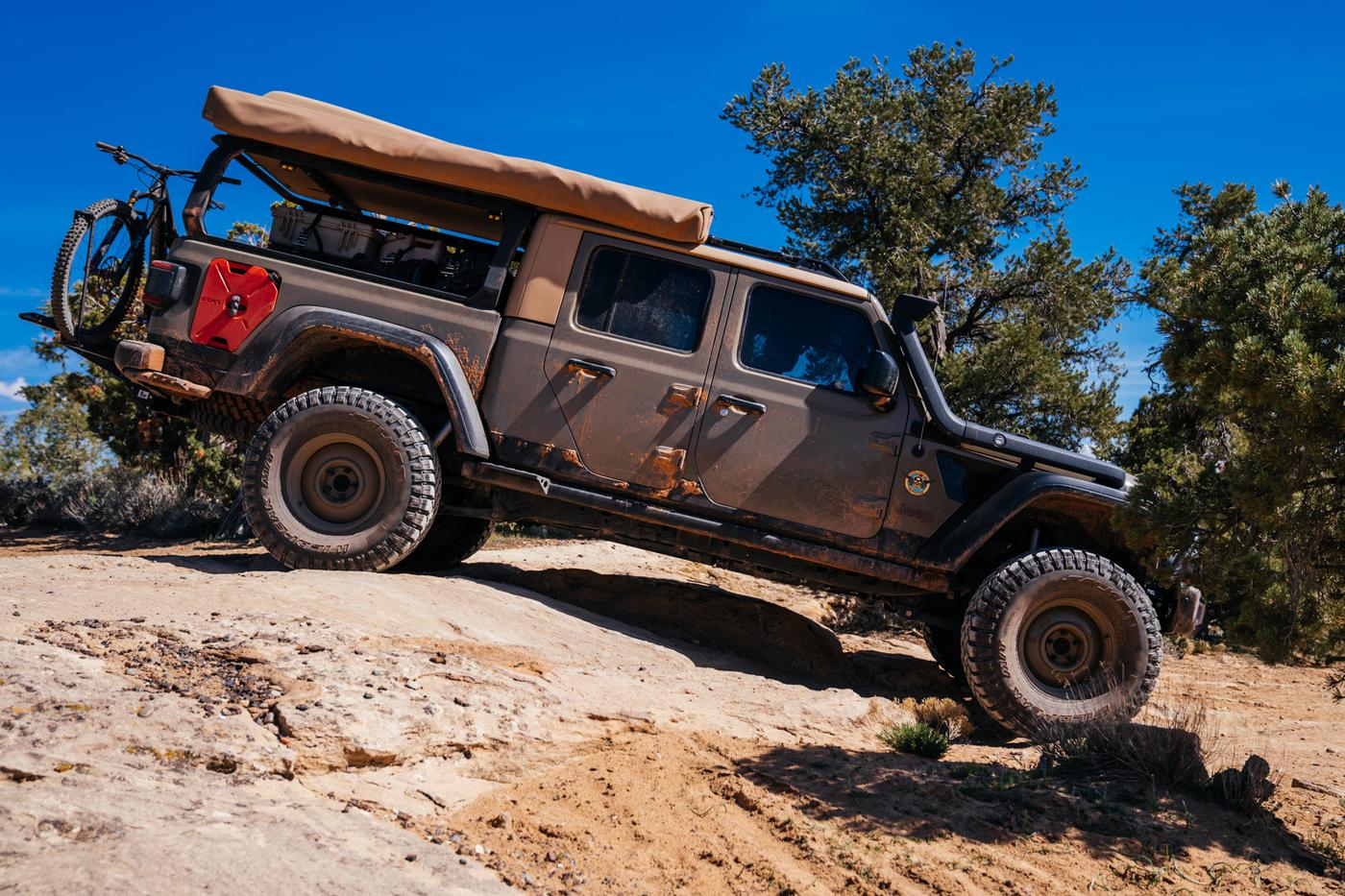 Sinuhe has amassed a rather extensive list of contacts in the automotive world after his decades of photo and video work, so he was driving a concept Jeep Gladiator, outrigged with a 3D printed cargo rack (which we immediately cracked), an extensive storage system, and 37″ tires. Keeping up with this beast in my 1987 Toyota on 33″ tires was gripping to say the least! I’m more of a double-track meanderer and rarely shift out of 3rd gear on trips like this, so we were quite the odd pairing that week! 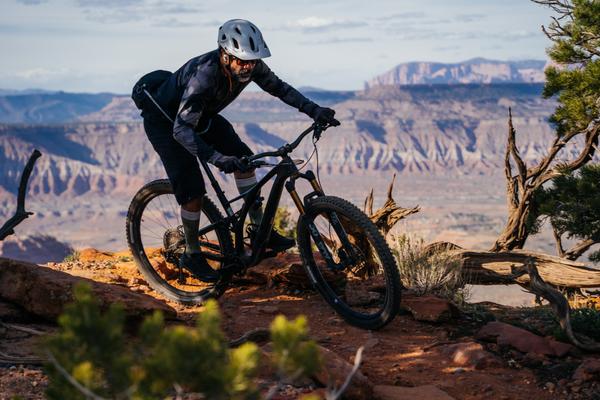 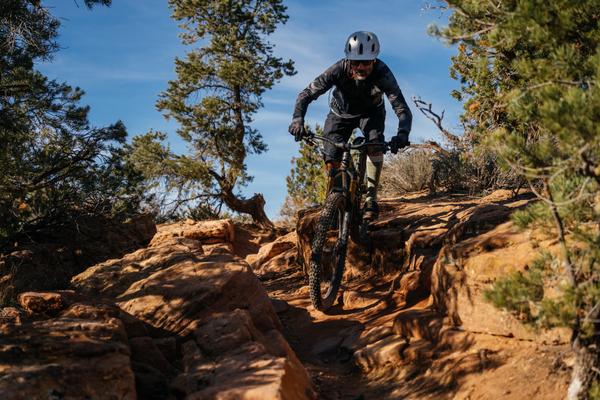 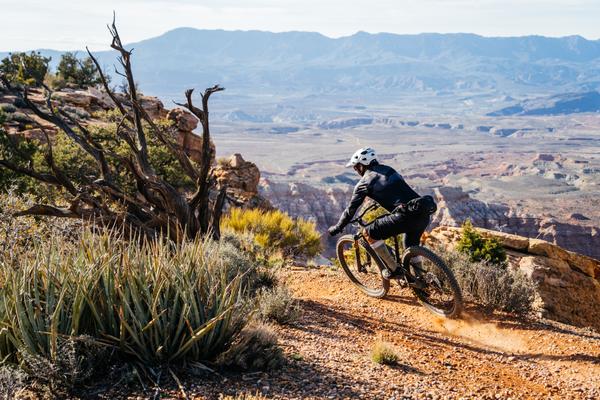 After we left Escalante, Utah one afternoon, we pointed our vehicles towards Gooseberry Mesa, a network of trails high above Apple Valley, just outside of Hurricane, Utah. We made it to the trailhead, opened the gate, and took the 4×4 road deep into a secluded campsite, right off the MTB trail. 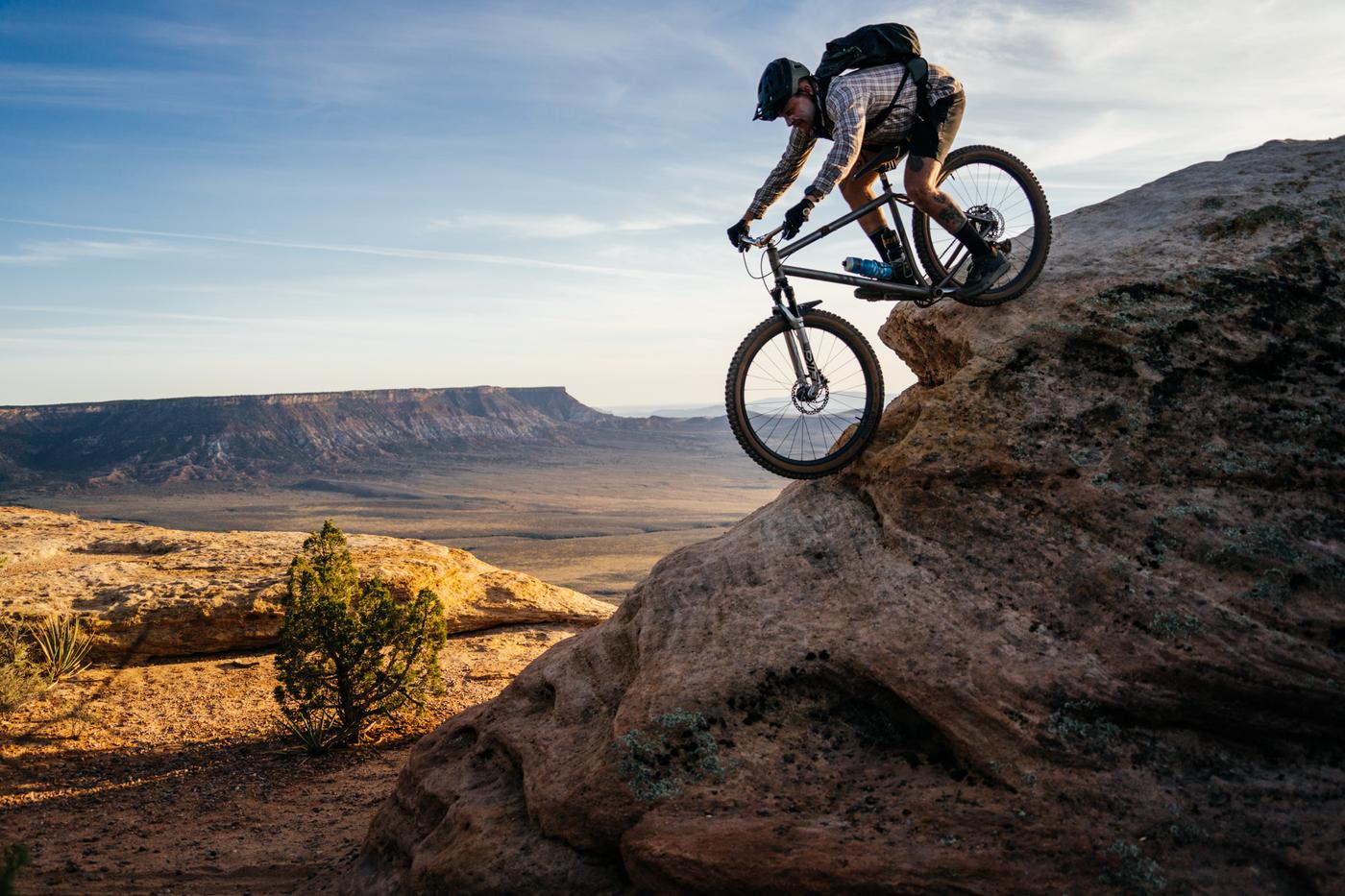 Me, rolling into the riding season on my Womble…

Shaking our legs out after a few days of touring, wheelin’, and camping felt like a recharge. We’d never ridden bikes together, even though we lived a block from each other in Los Angeles. Sinuhe returns to Gooseberry year after year, and it had been at least ten years since I’d ridden the trails there. Vibing off on the light, the geology, and the views, our friendship felt nested and finally, contextualized.

The coolest thing about Gooseberry is you can ride these trails in any order, session roll-ins, drop-offs, and dork around. It’s the perfect place to camp, ride, and relax. Be mindful of cryptobiotic soil crusts, stay on the designated trails, and observe the leave no trace principles.