Nick and His Sycip Land Cruiser

Nick has a few loves in his life. Sure, family comes first. Then probably his very successful business, Harvest Moon Cafe, a farm-to-table restaurant in Sonoma, with a specialty in meat. The two things that Nick relies on for entertainment, certainly piqued my interest when I first met him in Japan during the Chris King Gourmet Century. He’s been a mountain biker since the 90’s, taking on the trails surrounding Santa Fe, and racing bikes. Since moving to Sonoma, he’s been friends with neighboring builders Curtis Inglis and Jeremy Sycip. 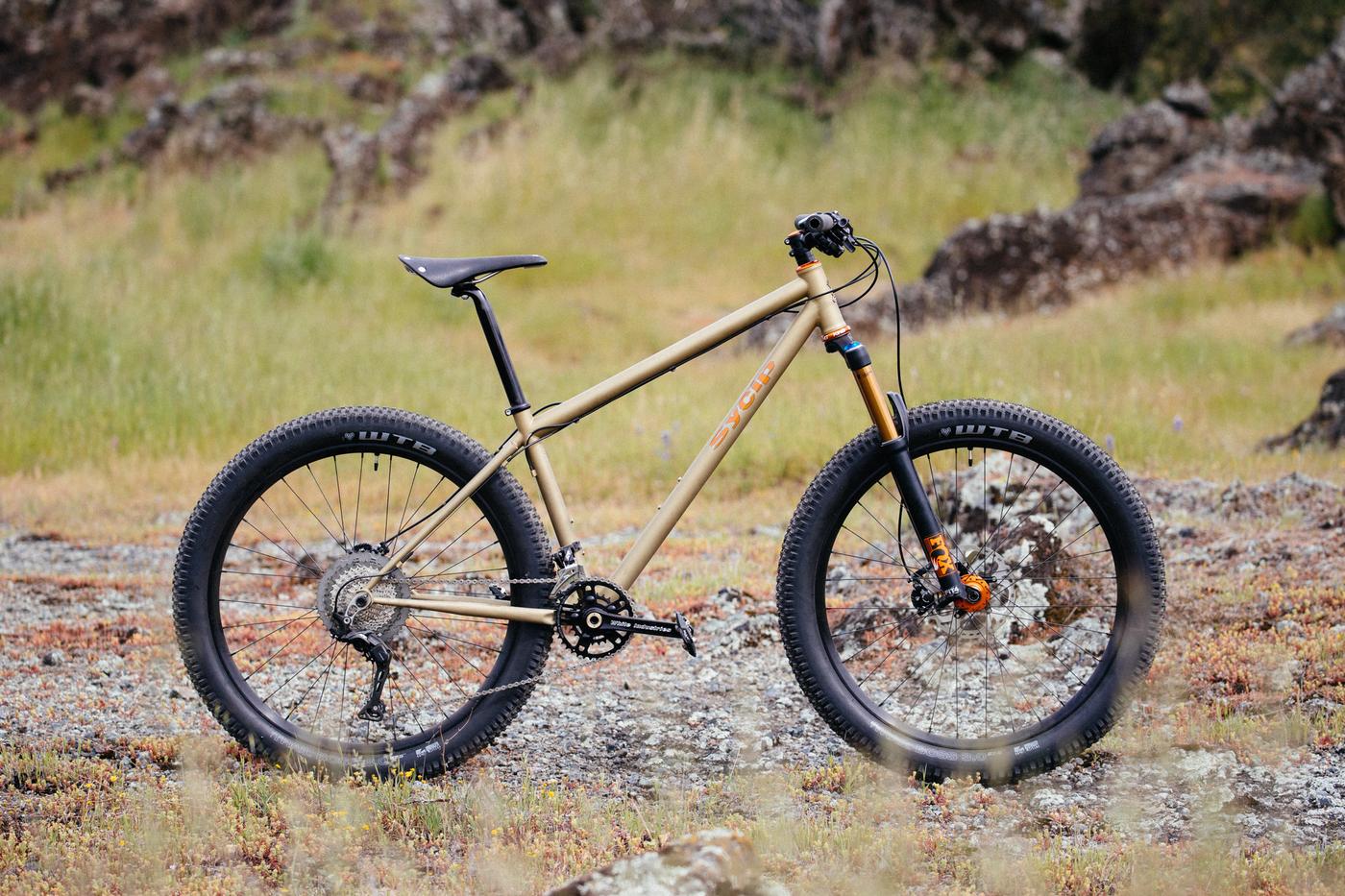 Last year, he bought his second bike from Jeremy Sycip; a straight-forward, but very steezy 27.5+ hardtail. He also owns a Sycip commuter / cx bike, but he really wanted to get back out on the trails to up his fitness. Owning a restaurant is hard, especially when the food served at Harvest Moon is so damn good. The years began to move on and Nick realized it was time to get back on the bike, in the woods. This realization comes at pivotal moments in one’s life. His wife is an accomplished baker and she’s planning on opening a bakery in Sonoma as well. Now was the time to try to get back in shape for Nick and this Sycip would do the trick.

As per many builds of this era, his Sycip fits a 3.0″ tire on a 27.5″ wheel, or a 2.6″ tire on a 29’r wheel. Its geometry is suited for the trails of the Santa Rosa, Sonoma and Petaluma-area, and with shifting supplied by Shimano, the bike is very much guaranteed it’ll work when Nick has a few spare hours to head out on a pedal. It had been years since Nick had ridden a mountain bike, so he was apprehensive about whether or not he’d “need” a dropper post. We discussed it some more. I think he’s more open to the idea now… Like the Sycips and Curtis Inglis, Nick’s other, other love comes in the form of vintage autos, a theme you’ll see this week as we dive into each builder’s work. Nick’s favorite being the Toyota Land Cruiser. In his small shop space, neighboring legendary ‘Cruiser mechanic and restoration expert, Gary Kardum of Mudrak, Nick has a handful of project trucks waiting for everything from re-assemblage to a complete rebuild. His functioning vehicles include a Saudi-spec Land Cruiser LX diesel BJ40, an early 80’s petrol FJ40 with some wild stripes, and this beast; a trail-built, LWB FJ45 with a 1HZ diesel engine swap, changing the name to a HZJ45. Gary and Nick spent hours upon hours getting this truck ready to tackle the technical trails of the Southwest, including Devil’s Racetrack outside Green River in the San Rafael Swell. In fact, when Nick saw we ran the trail solo, it caused him to reach out to me… DUDE!? I wanted to shoot both of these “Cruisers” somewhere special, so I asked Nick where would be a fitting locale. He recommended we travel out to the farm where most of his produce for the cafe comes from. In fact, 65-70% of the cafe’s total produce comes from this biodynamic farm. Its landscape is littered with igneous rock, covering the landscape with massive formations upon which lichen and flowers grow. This time of year, it’s something else! In terms of the local geology, this piece of property is very unique to the area, offering wild vistas all the way to the ocean, amidst rocky outcroppings. The tonality of the landscape made for an excellent backdrop!

Anyone that knows me personally can attest to how stoked I am for this shoot. It combines two loves of my life, with someone who I greatly respect and admire as a human. Nick’s a solid dude and I can’t wait to see him log more hours on this bike. If you’re in the Sonoma-area and looking for a damn fine meal, swing through Harvest Moon.