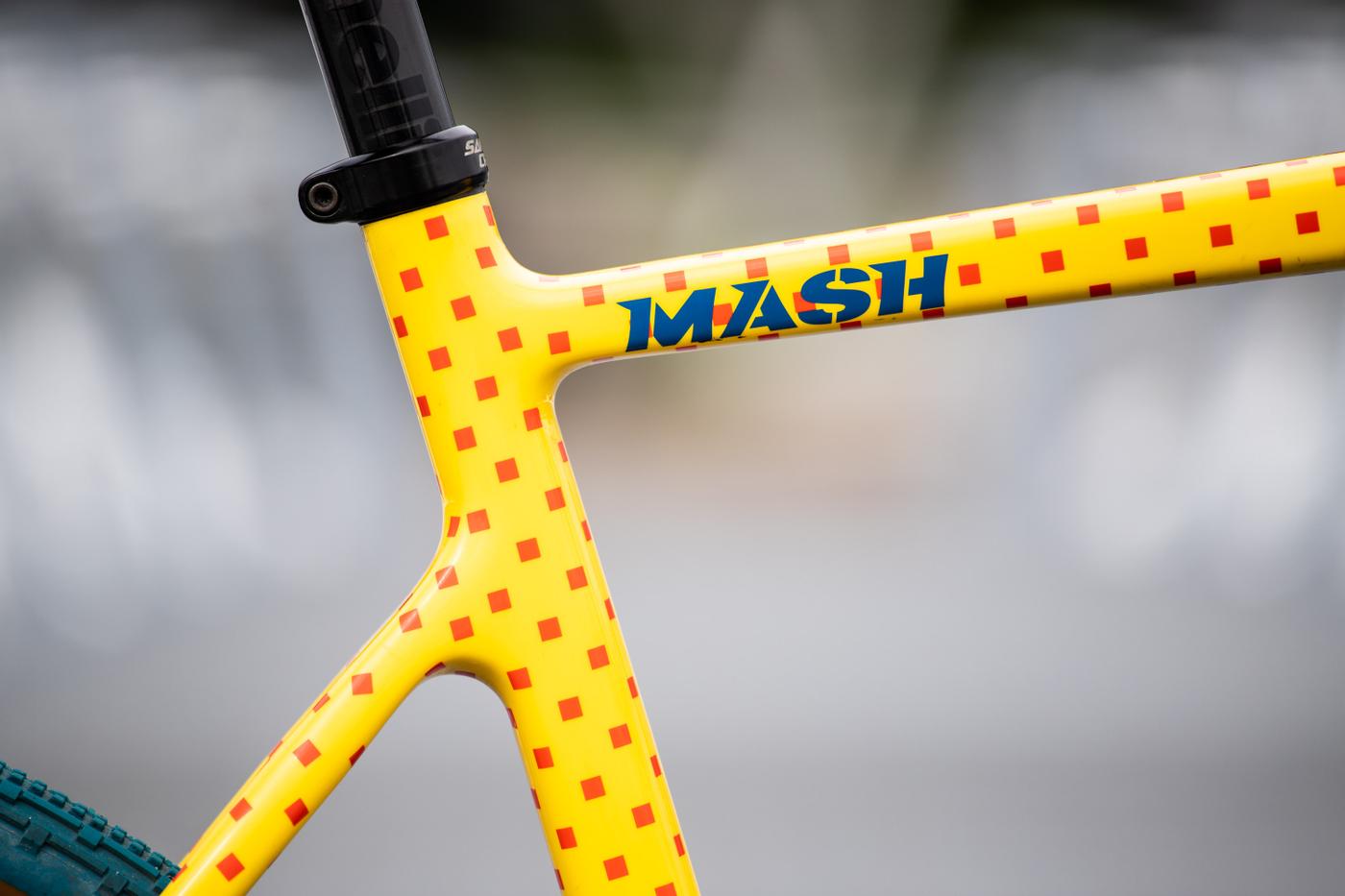 Our friend Kenji, a good friend of MASH and Cinelli and a long time contributor to the track bike scene here in Vancouver and, honestly, everywhere, has been dabbling with geared bikes over the past couple years. Of course he also remembered the ultra-rare 2016 MASH Stigmata fondly… he tried to buy one last year, but it slipped between his fingers. Undeterred, this year he got a call from Mike at MASH, and made it happen. 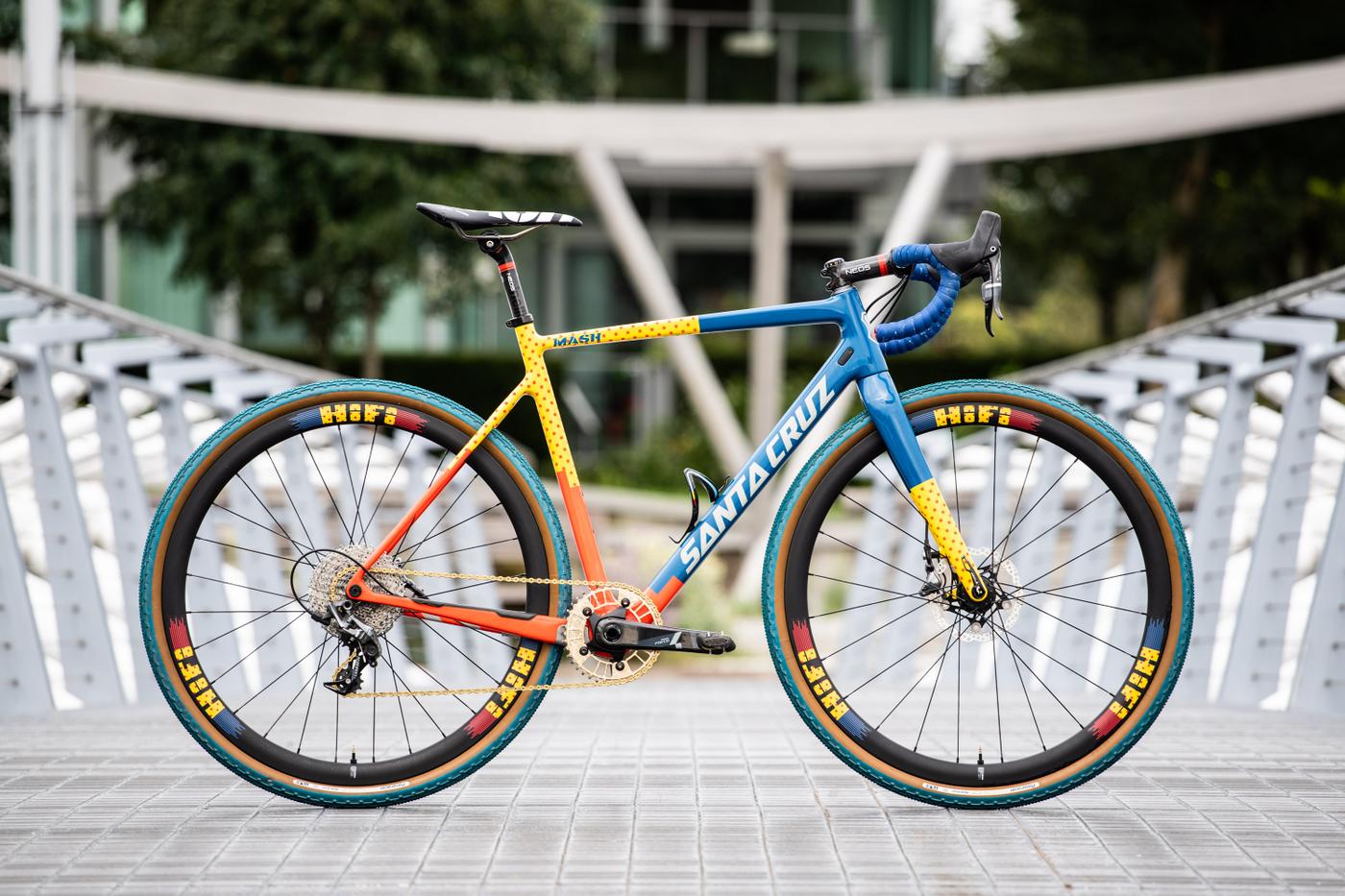 As if the frame didn’t stand out enough on its own, Kenji reached out to his buds at HiFi for a pair of their 38mm carbon wheels with custom decals to match the Stigmata’s wild paint. Clint at Velo Star Cafe, Kenji’s psychic mechanic, dug up the blue 38mm Gravel Kings and dialed the rest in perfectly. Sprinkled with Cinelli and MASH, with that AARN chainring, I can’t imagine a better geared bike for a personality like Kenji.