Nils had a beloved Chumba 29+ mountain bike that he rode everywhere. Road rides, mountain rides, social rides, it didn’t matter. He pedaled that bike all over Los Angeles. Then one day he got hit by a car and the Chumba was beyond repair. After insurance money came in, he was on the hunt for a new bike. Something that would be able to tackle easy mountain singletrack and still be nimble enough to ride on the road as well. 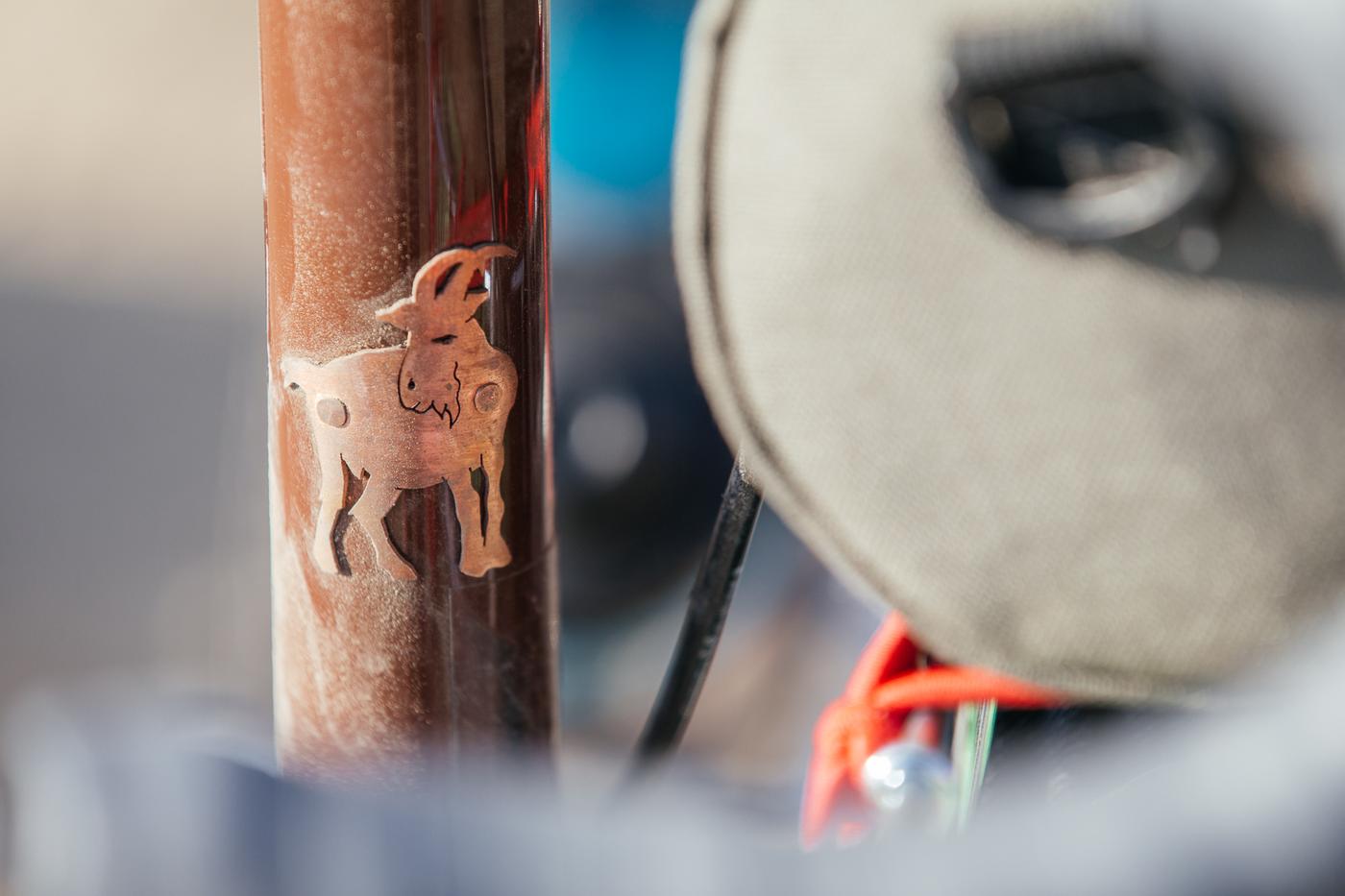 Then he found Bantam Bicycle Works, located in Portland and was hooked. He loved the way Bob built his bikes and contacted him for a 650b tourer, with clearance for the Compass Switchback Hill 48mm tires. All the minutia was handled and the final details were decided, save for one. The head badge. At the time Bob was making head badges of various animals for his bike. Nils chose a goat, because, goats are metal.

The guys at Golden Saddle Cyclery helped Nils with the product selection, including White Industries, a SON hub, specially polished 650b Blunt SS rims and working out how to make the SRAM shifters work with the front and rear derailleur.

As I’m sure your eyes have noted the lack of the front derailleur. There’s a story there. After some problem solving, the guys at the shop realized they needed a specific derailleur, which would require a shim at the clamp, prompting Bob to machine one up. At the time, Nils was just shifting by hand while the shim was being made and since then, the bike’s been completed. I just liked the vibes from this photo shoot and didn’t want to redo it. Nils has taken this bike all over California and then some. It’s been the best all ’rounder for him on his journeys and I can’t wait to see where he goes next!