The view was worth it

Fail 11 is the latest installment in Ryan Le Garrec’s multimedia “Fail” series. Check out the related articles below for more of Ryan’s work.

Heading Southwest is a new bikepacking race in Portugal. It crosses the country with a set route of 1000 km and 15,000 meters of elevation gain. The route was designed to show the diversity of the country far from the clichés of coastal tourism and bigger towns. It showcases the country in a way only a local long-distance cyclist could provide. I have toured this beautiful place I call home for a while now, never have I had so much fun (and pain yeah) on the roads of this country. Massive thanks to David Cruz at finisterra.cc 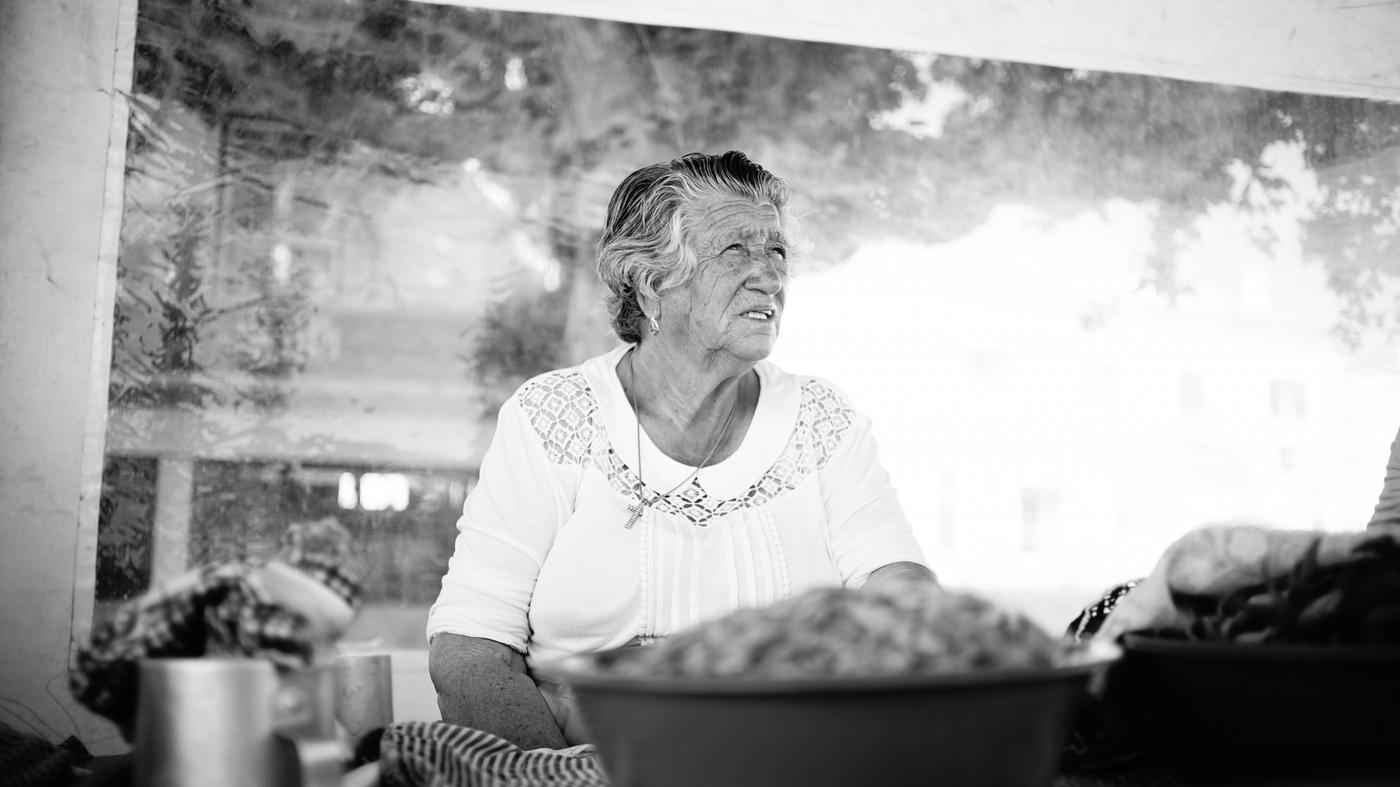 She sells shrimps and she sings. She told me: ”There is cold water there, it’s free, your bottles must be warm, you can refill them there. It’s good water, trust me.” I never trusted anyone as much as I trusted her, her eyes were the kind that never lied. 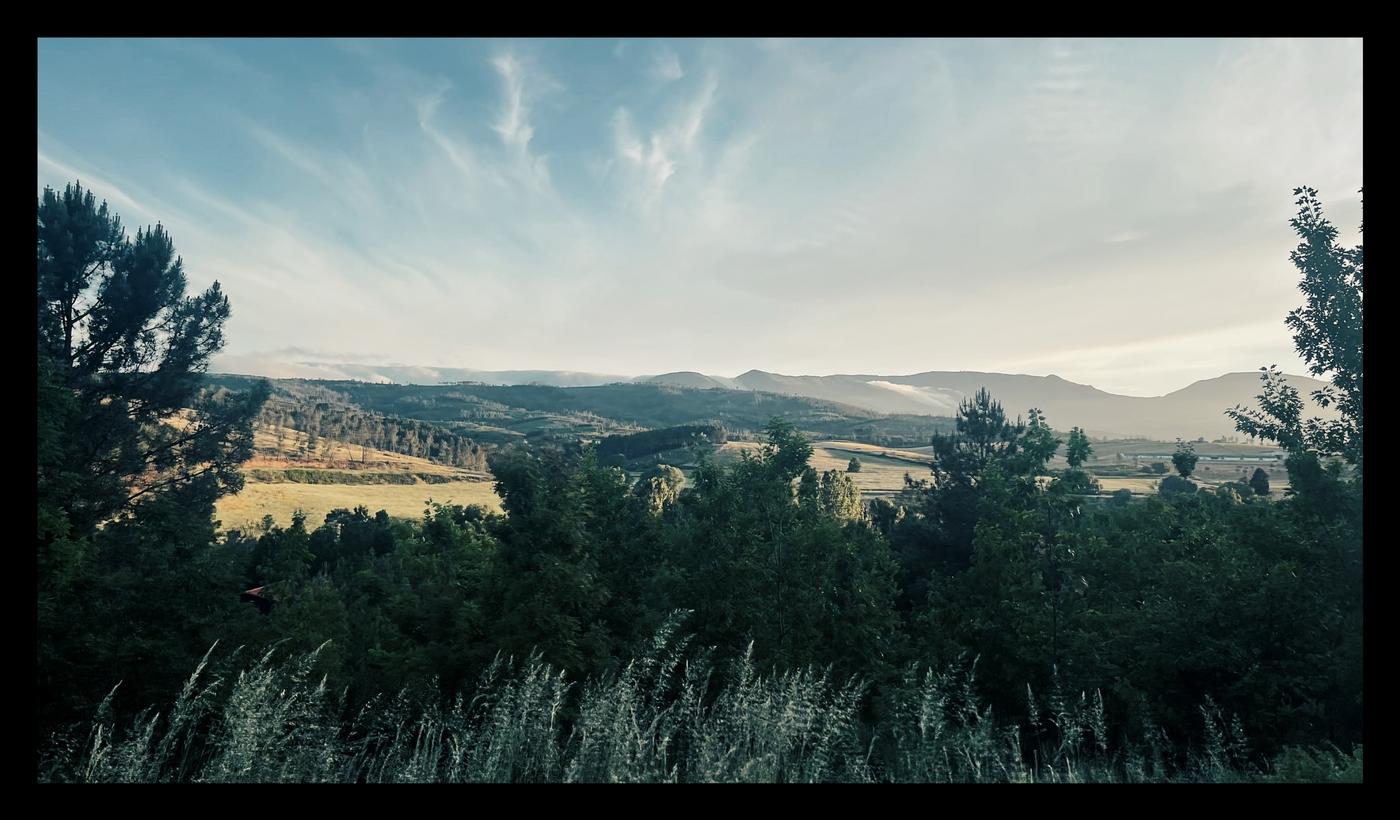 Day 3, Serra de Estrela, leaving the big and kind maintains behind to go South and brave some shorter but steeper hills. Colder than it looks.

The Tortoise And The Hares

The following is an essay on “where my head goes at” rather than a description of the race I did. If I had to sum it up to one key event, it would be finishing the race with the leading pair.

I had been staring furiously at their dots for the whole race, would catch them up at night every day, sleeping a third of what they slept, and riding at least twice the time they rode. They were faster, way faster than me, and therefore Kika and Filipe were having lunch and dinner seated in nice restaurants, long nights of recovery, I was slower but stubborn, therefore I was not allowing myself much of these things, rushing in supermarkets and sleeping three hours a night, my only and unwanted luxury was a tendency to stop too much during the day. On the last day of the race I woke up at 03:00 am yet again determined to pass them but this time I didn’t wanna let them catch me again. I figured I deserved to precede them at the line cause I was miserable and they were fresh and having fun. We met yet again on the last 60 km stretch. Something happened to me and I could keep up with their pace. We crossed the line together, two beautiful hares and one broken turtle, miserable but also happy in a way I can’t describe.

Maybe you failed, at the end, you ran out of gas, you got stranded or you bonked or the road just didn’t appeal anymore, the sunrise, the sunsets, you got too depleted. Maybe you kept at it, slower, grinding, slugging your way up on that hill. And then you turned around, you came back, the blood kept rushing to the brain or you got too dizzy to even stop and think. Maybe you were naked in a rainstorm or sleeping on the beach. Maybe there was a glimmer of hope still hiding on the way just around the corner, maybe a hairpin got the wind in your tail and for a brief moment, you thought you still had some. Maybe it just happened or it didn’t and you kept looking up and down but not looking for an answer. 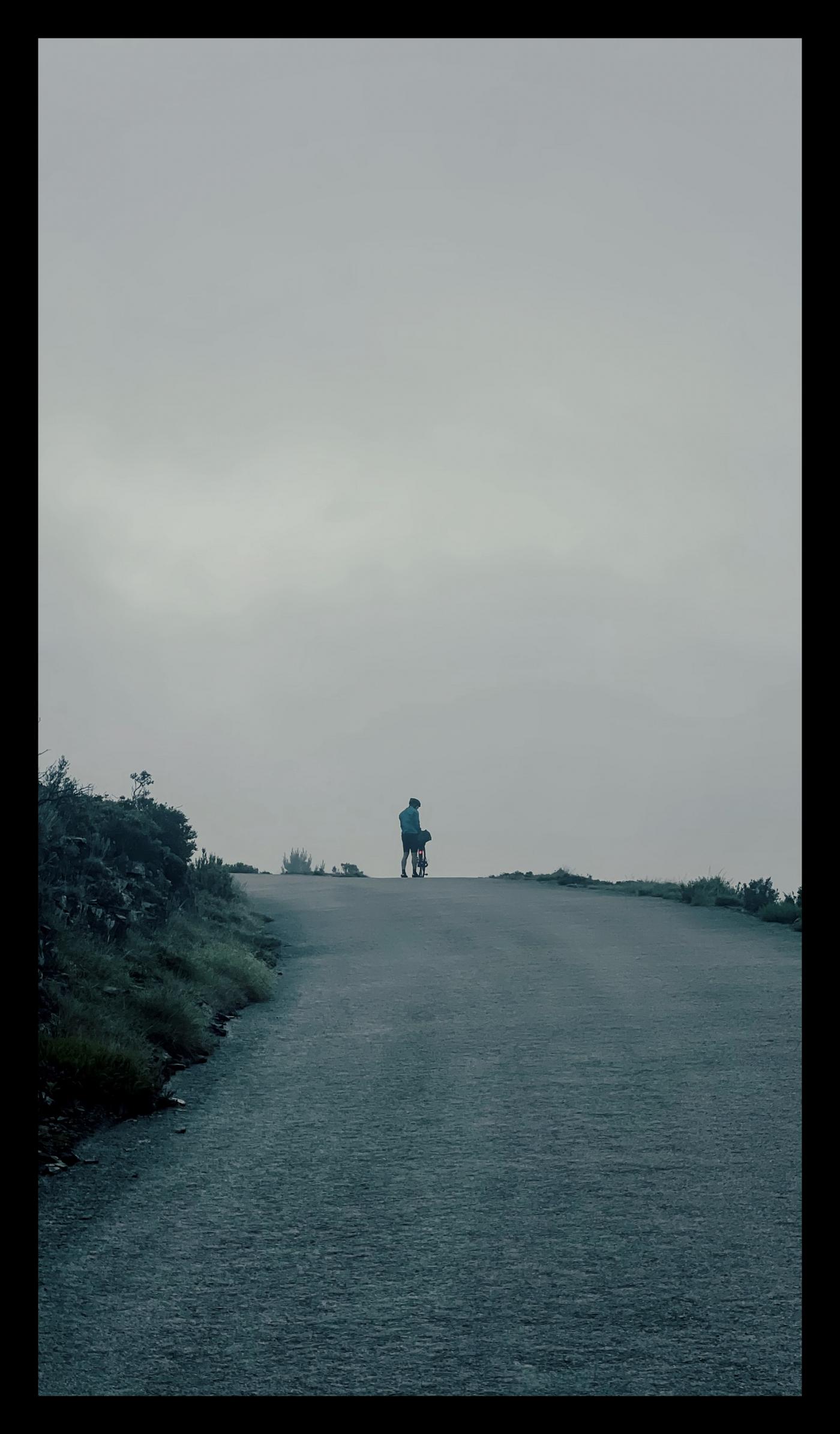 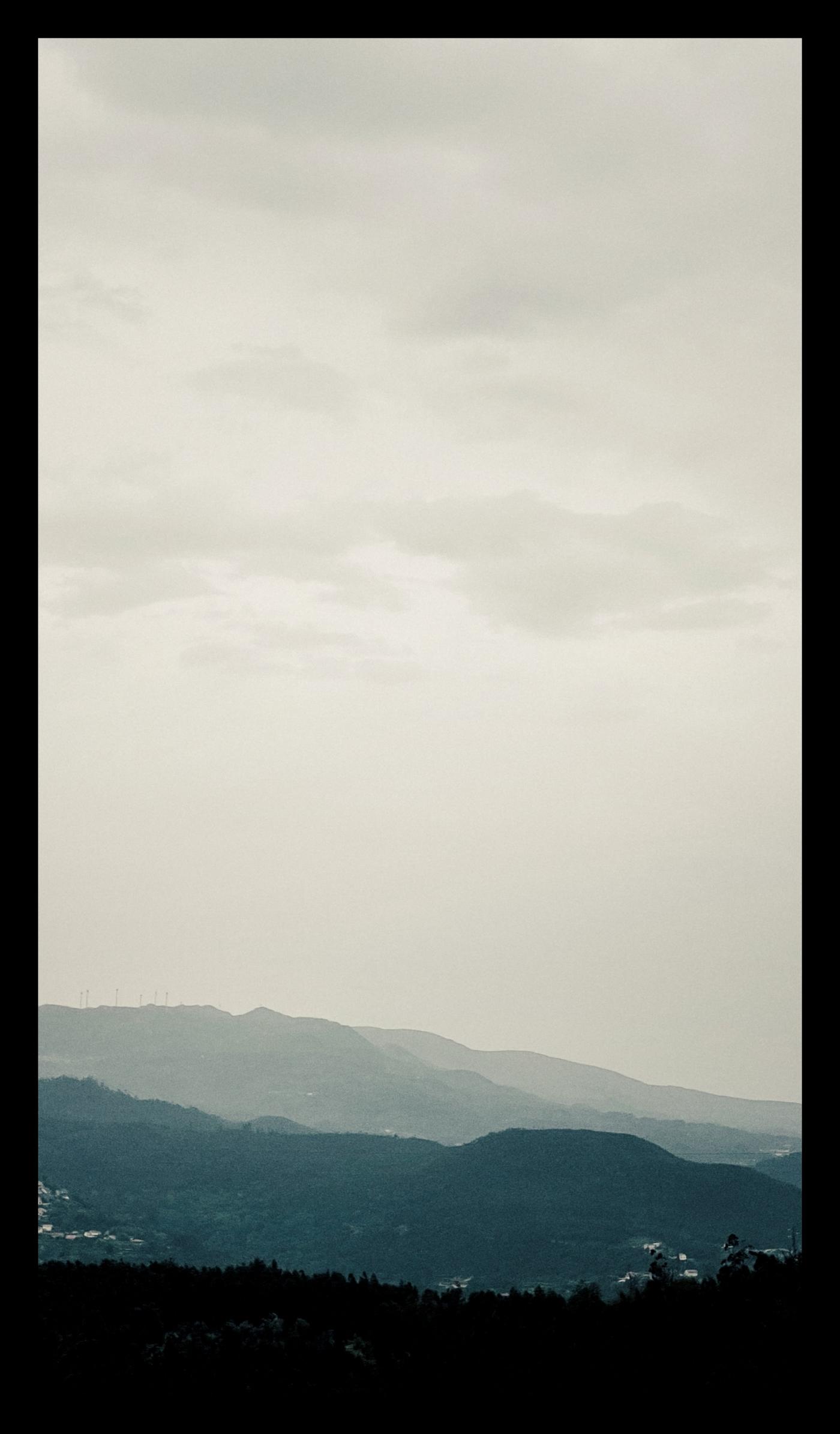 Maybe you were out of breath, out of sight, out of tricks and your bag had a hole, maybe you just ran out of time and there was no one there to cheer you up. Maybe you were not brave enough or you just fooled yourself, maybe you didn’t lie and maybe you kept your eyes closed just a tad too long that one night. Maybe you stopped at a gas station and the candies were salty and your mind was too thick. Maybe you were a stranger since the day you were born and the road didn’t judge you for it and you loved her back just for that one hack. Maybe you were a fool or maybe someone tricked you into trusting something that was a lie. 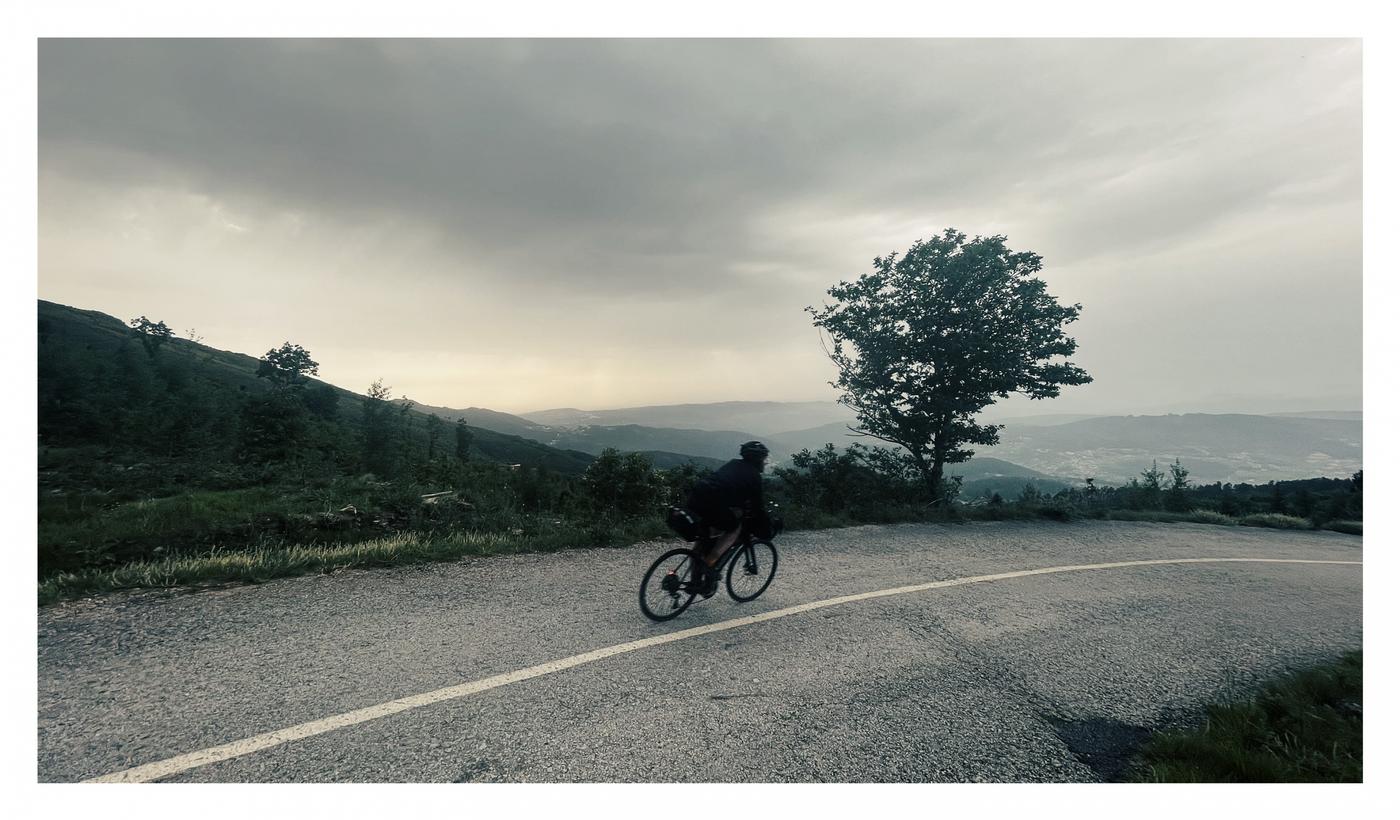 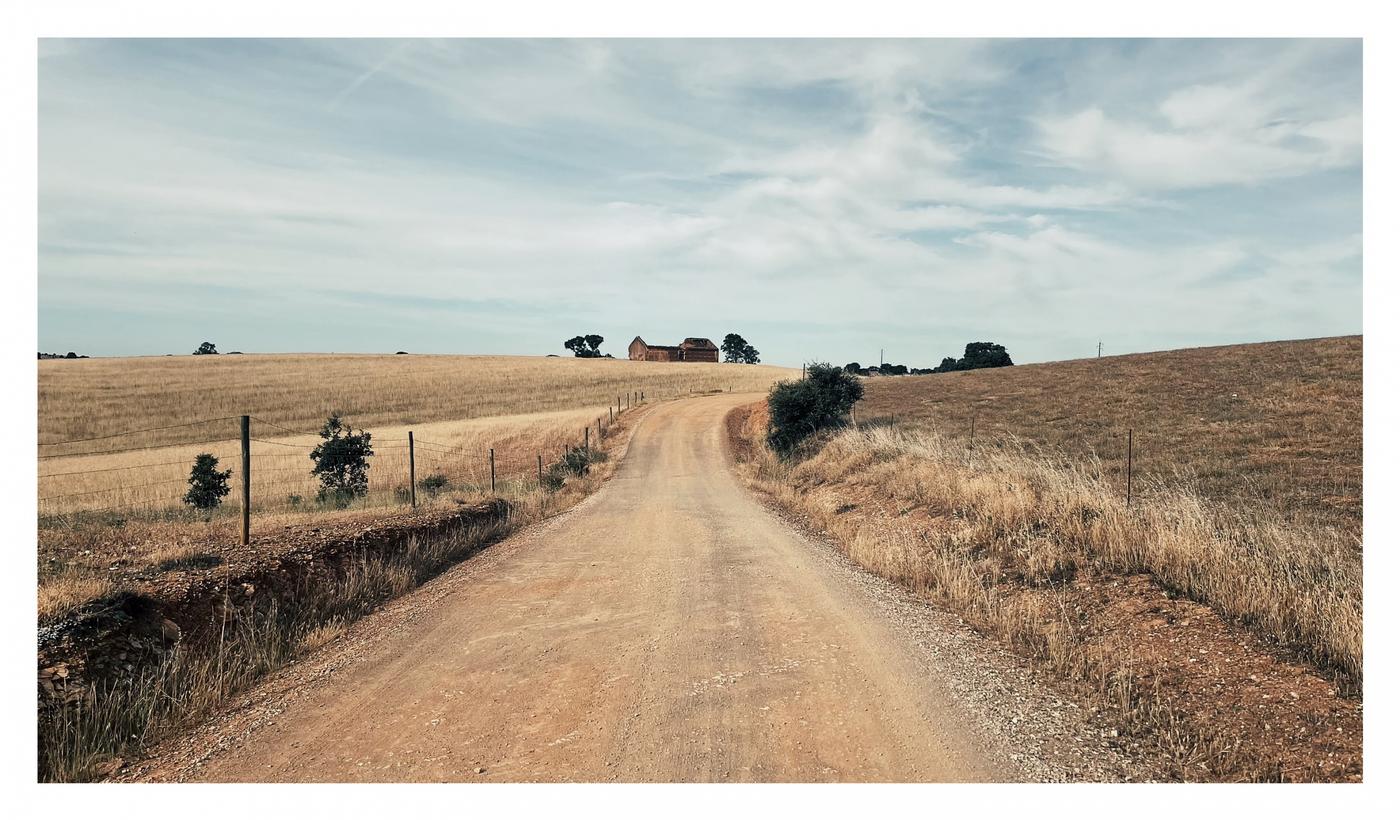 Maybe all of it doesn’t matter one bit and that was a good joke. Maybe you saw a woman walking in her red helmet and a toddler talking on the phone. Maybe you saw a big dog pissing on a smaller one. Maybe you saw the signs and you started reading into them a bit too deep. Maybe you went for a ride and you never came back and you’re swimming in limbos trying to find your way. Maybe the wind got you sideways and you started floating adrift and your shelter turned to hell and the rain came back up and the world went upside down on a morning and you didn’t know where you were, what you were doing or whoever you ever were and you couldn’t bother caring anymore so you kept pressing on those damn things to see what’s around the next turn and you started cursing when it was just another straight line in the mist. But then you woke up, you got up on your feet and you were there again for the taking. The way embraced your face and the wind caressed your chicks, you were happy again until the next problem. 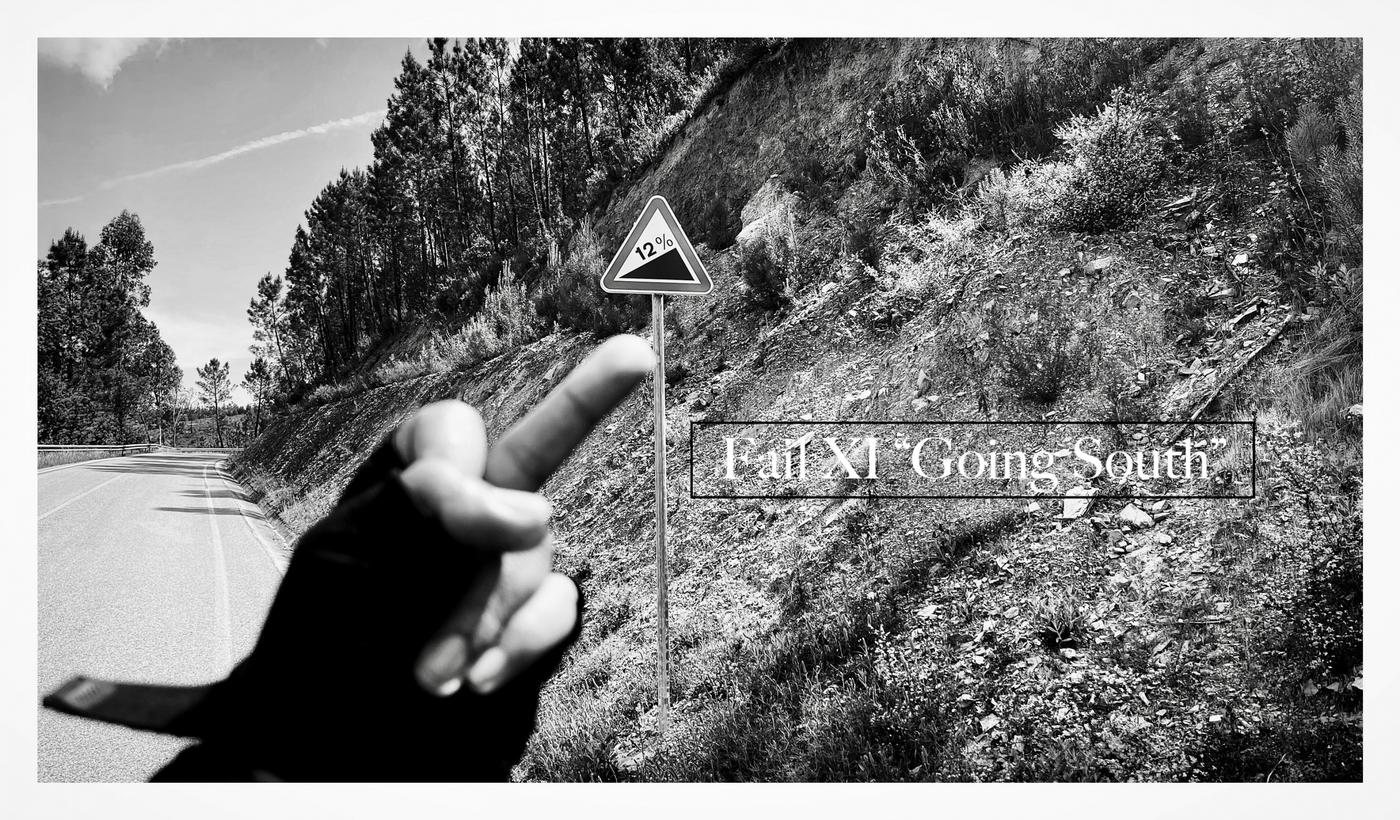 They never say how long, neither does my unit, I’d divert every time.

At the end of the day, life is not about solving every issue, it’s about accepting them, watching them, dancing with them, tangling stuff, untangling shit then dancing again. Rise and ride. The bike is an extension of your mind and you’re in the middle of the Universe once the wheels start rolling. There is no mantra, no motto, no secret, no glorious trick. Just keep breathing, keep moving, keep dancing and keep playing. Everything is damn too serious, too scary, and overwhelming if you stop at this point. The nerves, the nerves are your allies when the muscles stop working. The nerves are the answer. 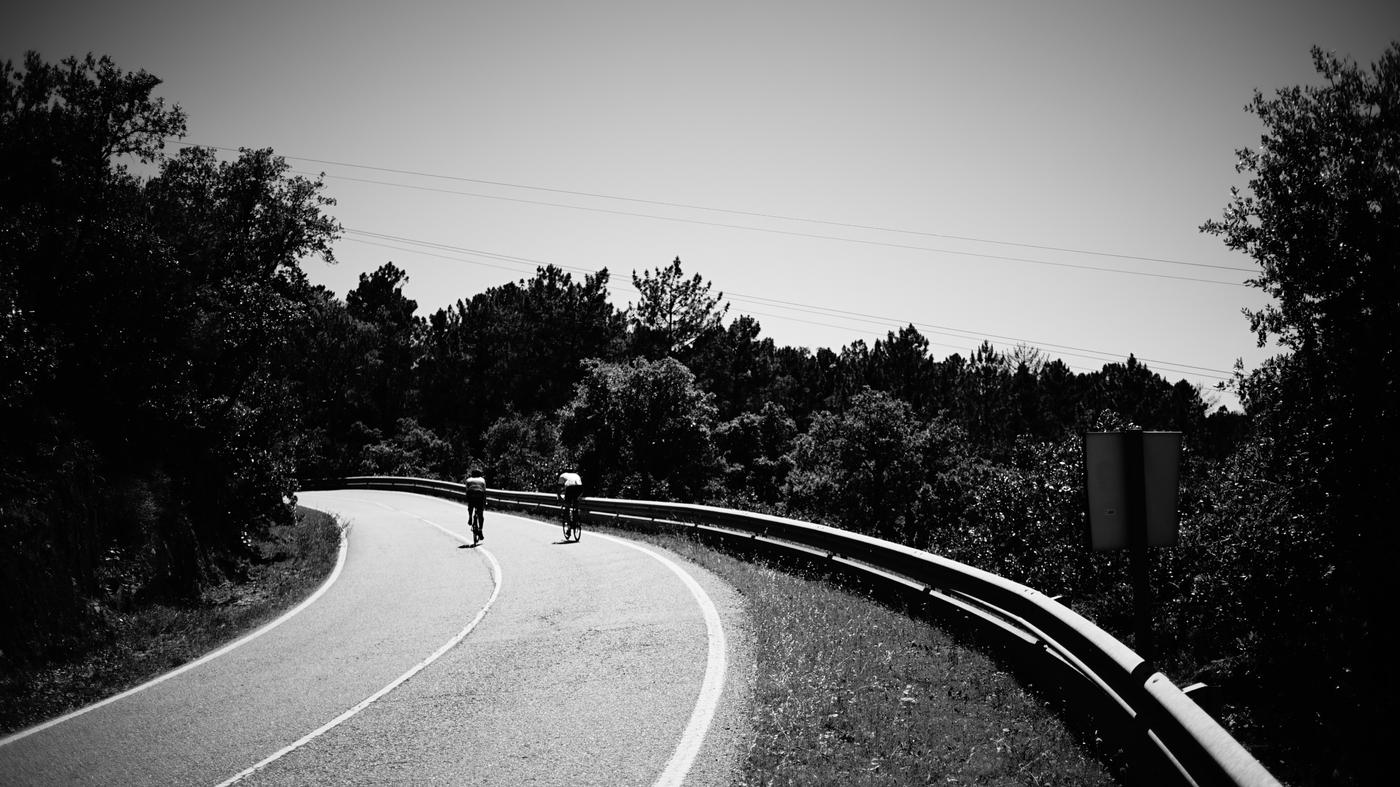 If you don’t watch out for it, there is a great chance that like me, your brain somehow has been wired to repeat “I can’t make it.” and that is probably the only difference between me and a winner, my brain, all my life, silently repeating to my mind, body and soul “you can’t make it” so you take the crumbs, you settle, you look at the small gains and satisfy yourself with them. You don’t hope to progress, you don’t dare to succeed. 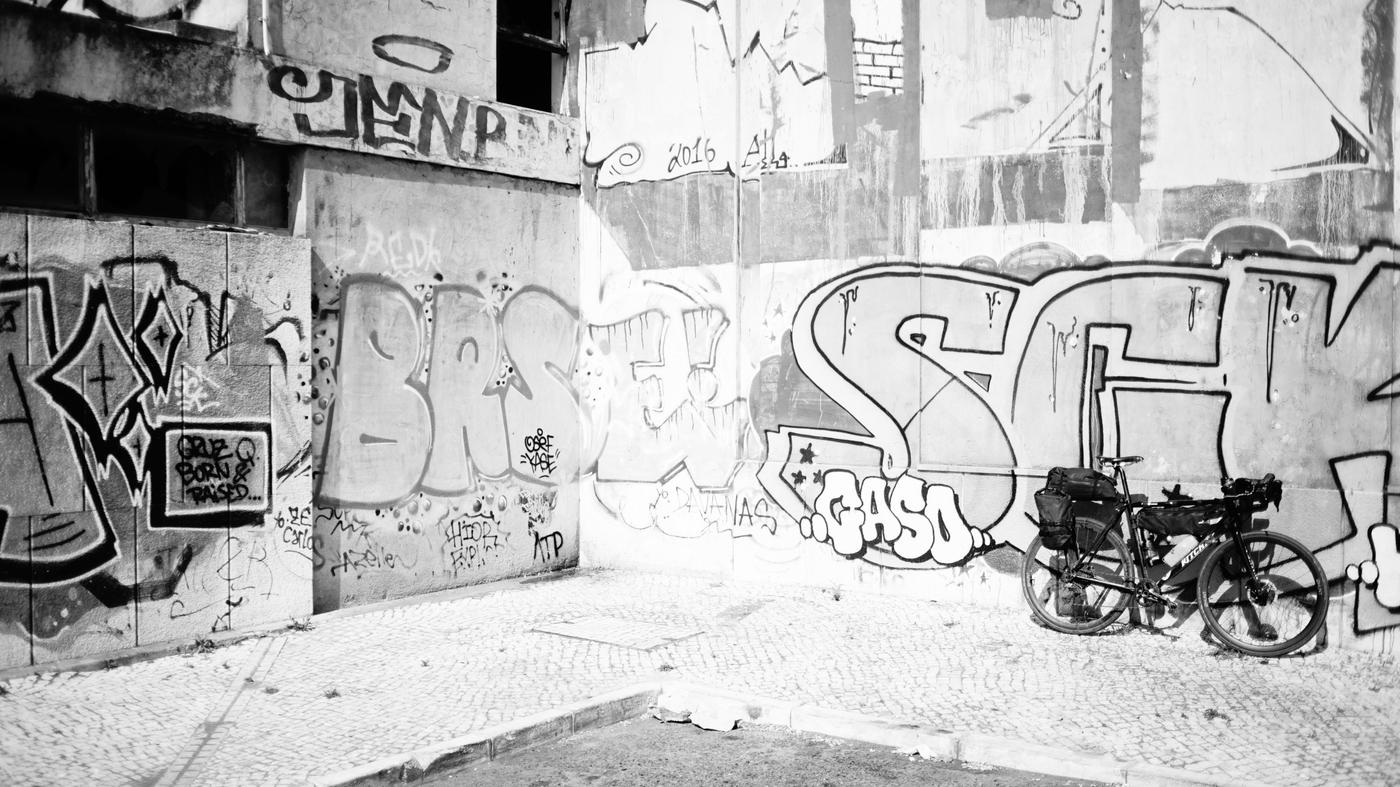 My wife says our children are teachers, they came here to teach us some stuff we really need to hear and learn. Both my kids have absolutely no limit in their mind to what they can do and I hope I never ever frail that faith.

I went to this race with that mindset for the very first time and for the rest of my life, I went with that little voice of a three-year-old taking her chances against the deep waters, refusing to put a foot down on the way and telling to herself out loud “I CAN MAKE IT”

That little pool, to some extent, was a big as the ocean, the mountain, the desert, the void and the abyss. 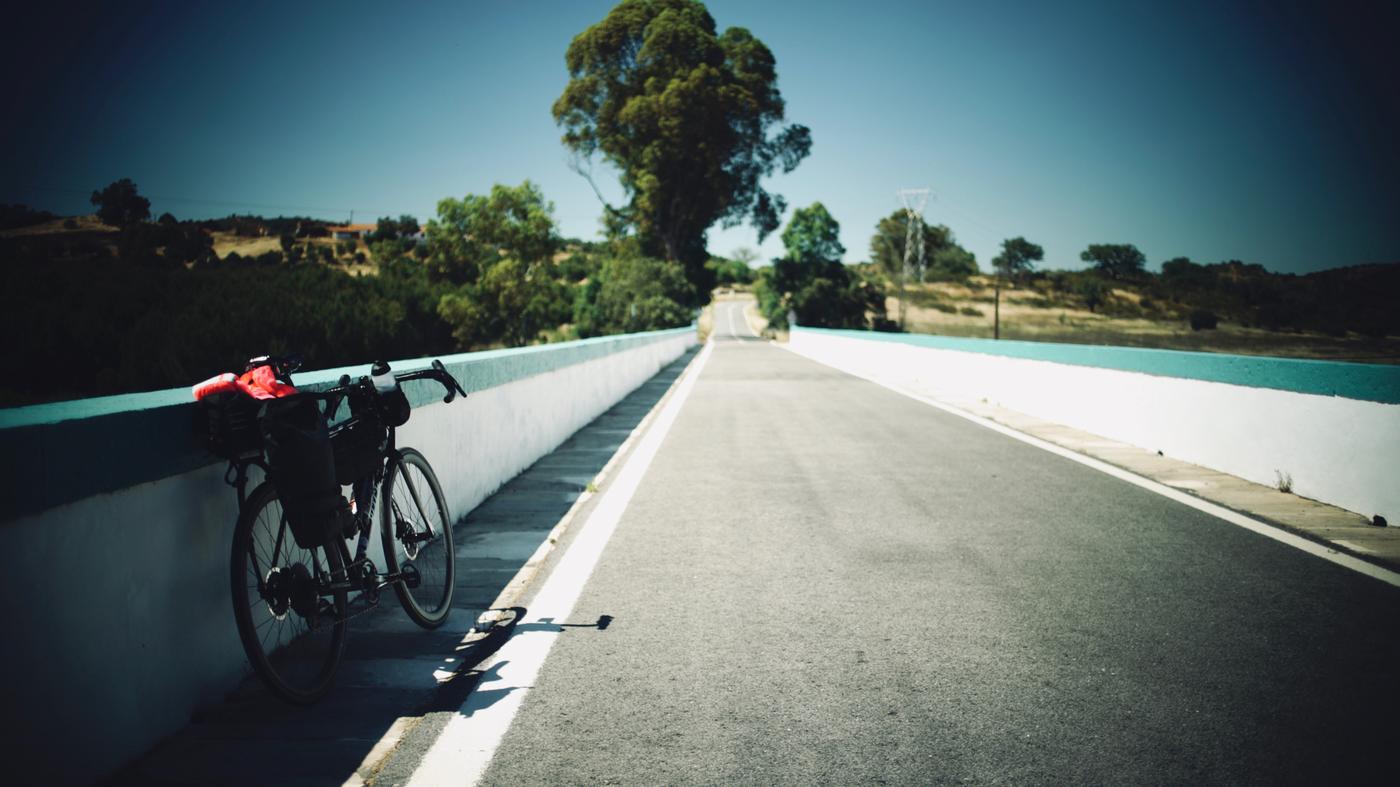 It seems I didn’t have enough so I toured a little 400 to get back home.