In escaping the concrete canyons of New York City, the idea of new horizons, and the promise of unfamiliar faces drew me into what became a 4,112-mile bicycle tour across the deep south and southwestern United States. As I rode away from my friend’s apartment in Queens that warm October morning, I knew very little of what lay ahead. I had never been to the American South and had no contacts. I wasn’t even set on crossing the entire country, unable to really fathom the concept. I had done one overnight bicycle trip to Fire Island on Long Island which turned out to be a disaster (let’s just say Whiskey was involved and to my surprise, Fire Island has no roads). I spent the summer piecing together a bicycle from an 80’s specialized hard rock frame a friend salvaged from a dumpster. And to add injury to insult, earlier in the summer I herniated a couple of discs in my spine, causing pain unlike I’ve ever felt before or since. Add to this concoction a potent dose of naiveté only a 23-year-old with nothing to lose can possess and you have a good idea of where I was at. So I quit my job waiting tables, loaded my bike, and set off south toward Savannah, nothing behind me, everything ahead of me. 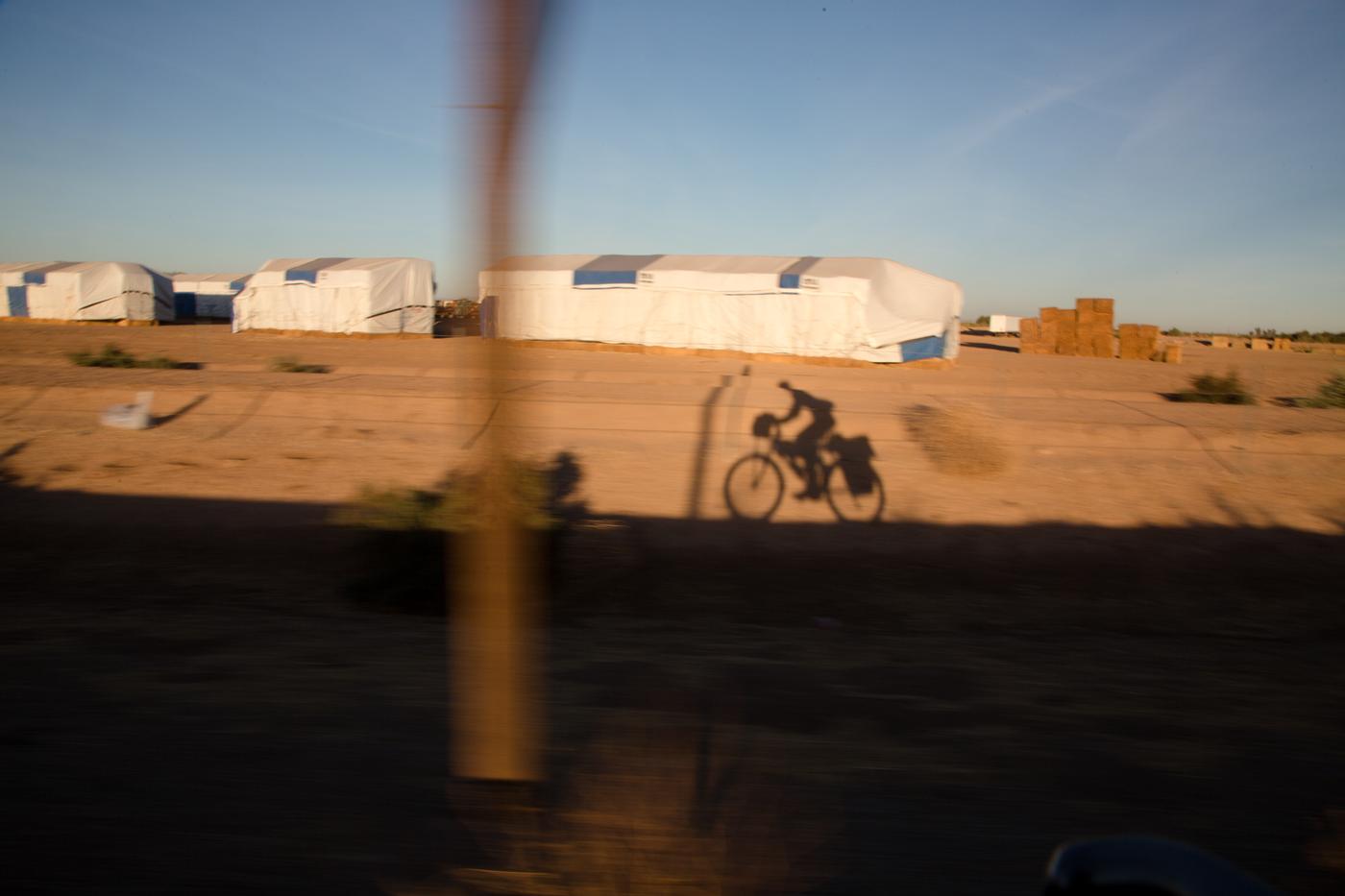 Since this journey, I have met many different bicycle tourists and learned that there is no one right way to do it, but many techniques that exist on a kind of spectrum. On one side resides the planner. This tourist keeps a tight itinerary, has locations to hit at certain intervals, planned rest, reservations made at campgrounds, the daily mileage and elevation known ahead of time, maybe even a sag van. On the opposite end are the in-the-moment-ers. I’ve met some people and read of others that don’t even know where they are, where they’re going, where they’re getting their next water or food, when or where they’ll sleep.

I personally prefer to have a destination to point towards but to travel with as little planning in between as possible. This leaves the door open for the unexpected to walk into my life.

As it did, in the form of a bear, on my first night in Charlottesville, Virginia. Here’s what I wrote in my journal that following day: “Tried to camp in a park last night, but my pizza attracted a bear. Had to scare it off and I decided to leave. Hard to fall asleep after that!” I do remember it being a little hard to sleep after that brief bear encounter; my heart, appropriately, palpitating rapidly and with vigor. I had stupidly bought an entire extra-large pizza that evening, my eyes clearly larger than my stomach, and made the second mistake of taking eight of the ten slices camping with me. The perfume of warm mozzarella and fresh-baked dough had attracted a black bear likely looking to fatten up before winter. On the edge of a thick forest, the bear’s only indication of proximity, as I lay in the open tucked inside my sleeping bag, was its sonorous nose-breathing creeping ever closer. Thankfully bears are quite skittish and with the glare of my headlamp and a primal yell, it ran off. The journal entry goes on to read, “Luckily, Melissa and Ryan took me in and fed me. Warm Showers has been the best. Makes this thing easy. Just ride. They feed ya and give you a place to sleep. Unreal.” I went into the trip thinking I’d camp in town parks or green spaces, and I did. But I did not expect the generosity from strangers in terms of free accommodation and provisions afforded me as a traveling cyclist. Out of the 101 nights on the road, I camped out about half the time. The other fifty or so nights, I stayed indoors, invited inside and often fed lavishly by relative strangers, connecting through friends of friends of friends, sometimes through total happenstance, but more often than not through a community called Warmshowers. Warmshowers.org is “a community of bicycle tourists and those who support them,” says its website homepage. I access the community through a phone app and message people who sign up to host traveling bicyclists like me a day or two before I roll through their town. 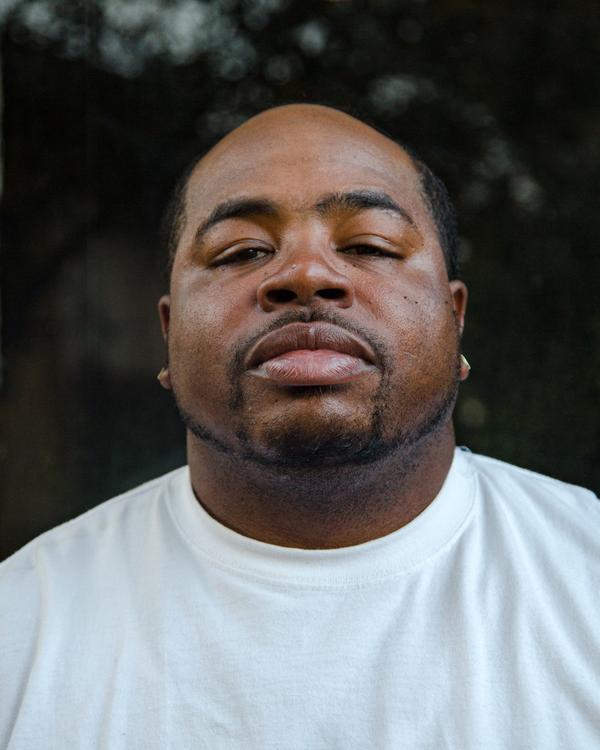 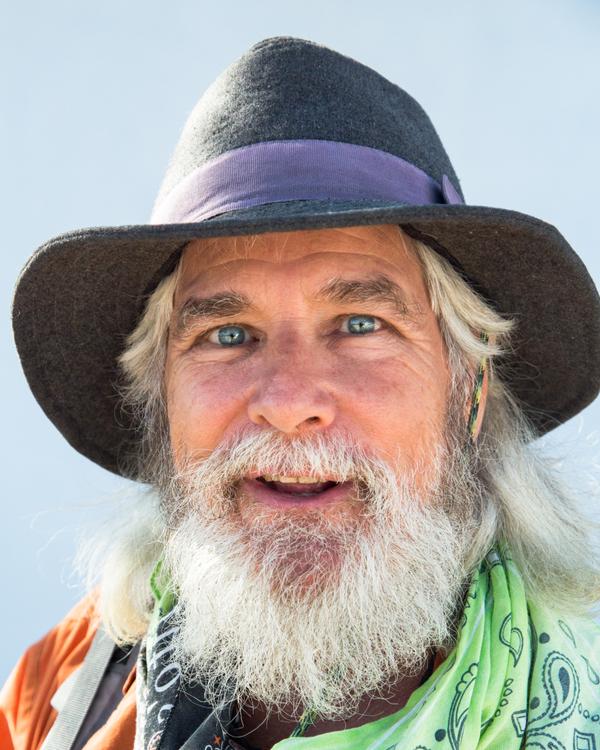 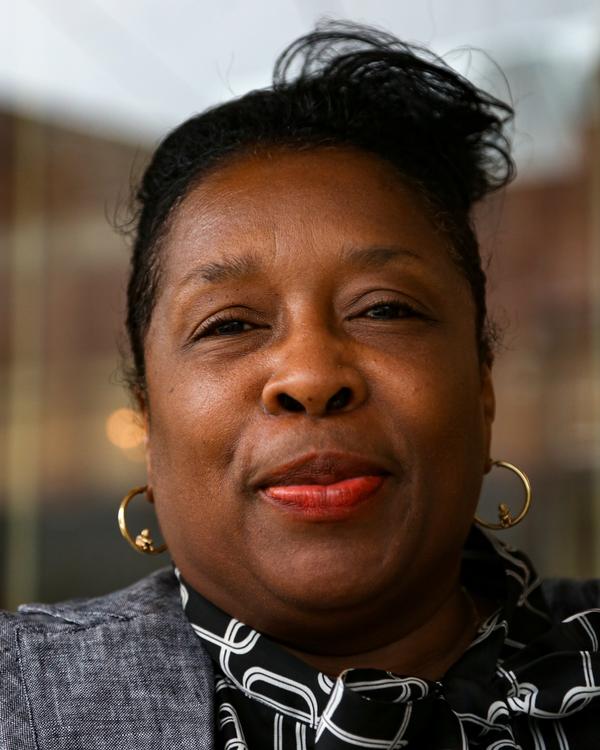 It cannot be understated how consequential the Warmshowers community was to the success of my bike tour. Like when I met my friend Mr. Bear, not terribly keen to try and fall back asleep, I opened the app, sent a message, and within the hour I was in a guest bedroom, warm and safe. 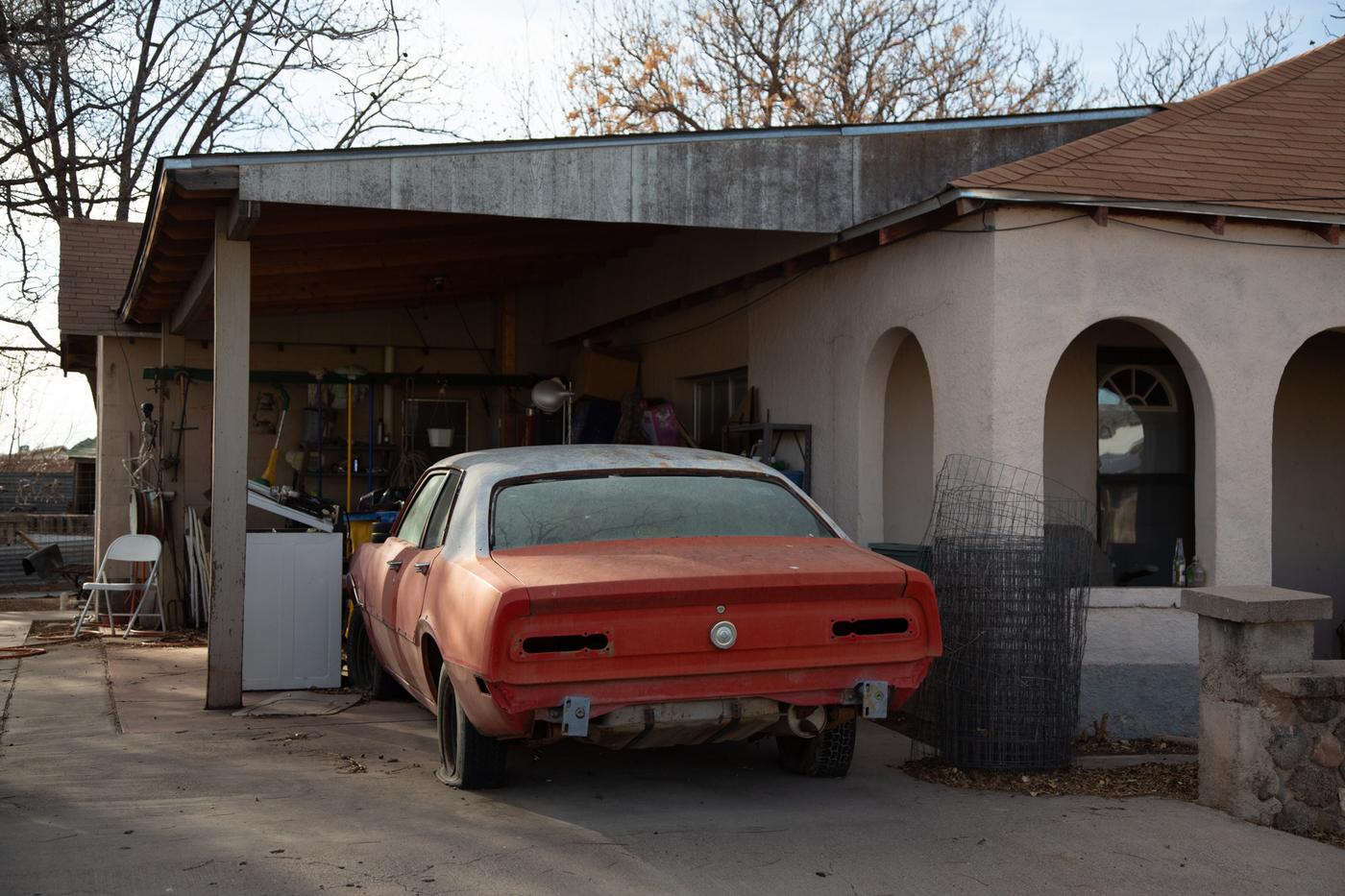 When I share of my experiences staying with strangers, many people are curious to learn of my “strangest” encounter, goading me to share of how that one time I had to flee for my life. I’m not ashamed to disappoint. In all of my times staying with hosts, I can’t think of any instance when I even felt, much less was, in danger. 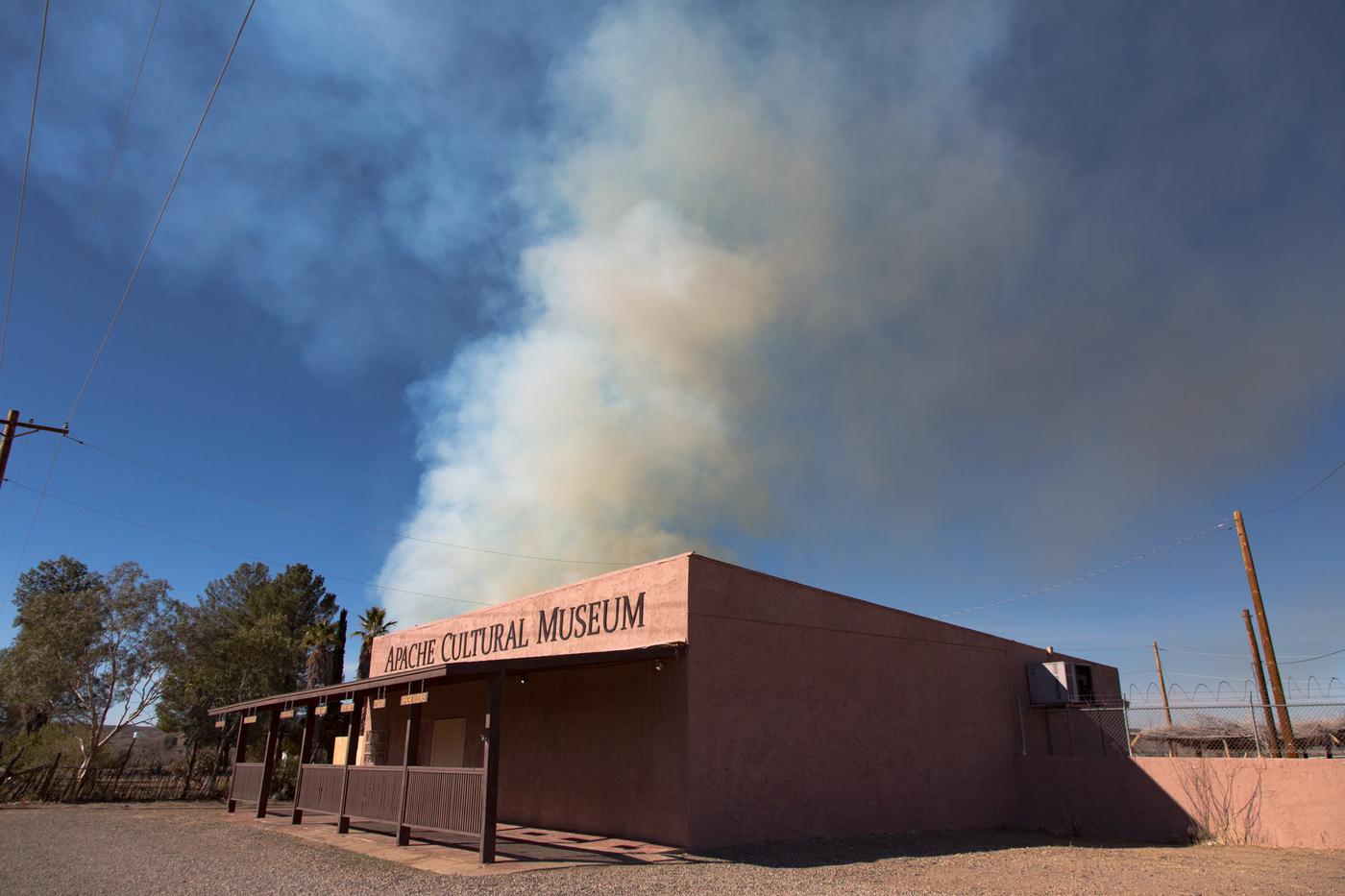 But uncertainly comes with the territory. Bike touring in general invites variability into what could otherwise be my perfectly predictable life. The weather, the terrain, the mechanical malfunctions, are all to be considered. I think the strangers I meet, though, are the variable worth the greatest consideration and to me, of greatest interest. They are the wilderness I seek to explore. Who are these people that call themselves Americans? I don’t think I will ever have an answer to that question, but I do enjoy its pursuit. I can recall many instances in which I found myself out of some pouring rain or bitter cold, picked up on the side of the road broken down, or my hunger satisfied by an enormous homemade meal at the end of a century day, thanks to the generosity of complete and total strangers. 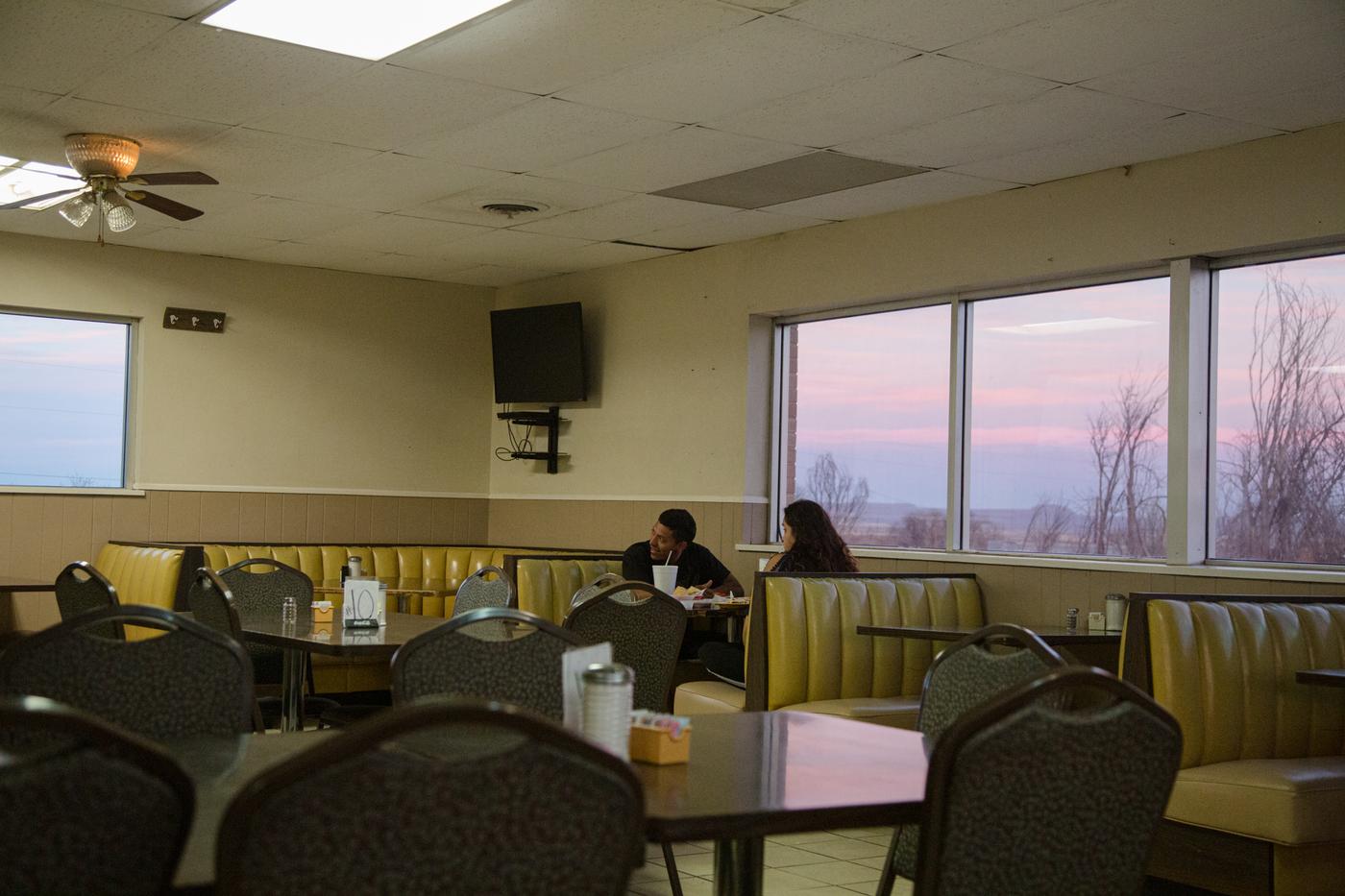 I like to say that “if you want to restore your faith in humanity, do a bike tour.”Though I think the United States finds itself even more divided than when I set off on this trip in 2017, I still find this to be true. Most of my interactions with strangers were nothing but positive. I found most everybody extra-ordinarily generous and kind. I am not blind, however, to the preferential treatment, I receive due to the fact that I’m a young, affable, educated white man in America. It’s something I think about often and discuss with other bike tourists. I am ever curious to learn about the experiences of people of color, and in particular of solo-traveling women. I think my journal entry in Silver City, New Mexico sums it up well:

“Today went great. Crushed 50-something miles from Deming this morning just in time for lunch here in Silver City, or as the town folk call it, ‘Silver.’
Reconnected to some bike-touring magic as of late. People are just so genuinely nice. I think people have appreciated my genuinity (not sure if that’s even a word, but you know what I mean). I think that plays a role. If people I meet enjoy a genuine conversation and pick up the good vibes I’m putting down, the world that that unlocks is unreal. The world of Opelousas and Gulfport, the lady in Deming, and the countless others who have fed me and let me talk their ears off (and vice versa), and shared coffee in the morning and really, let me into their lives. 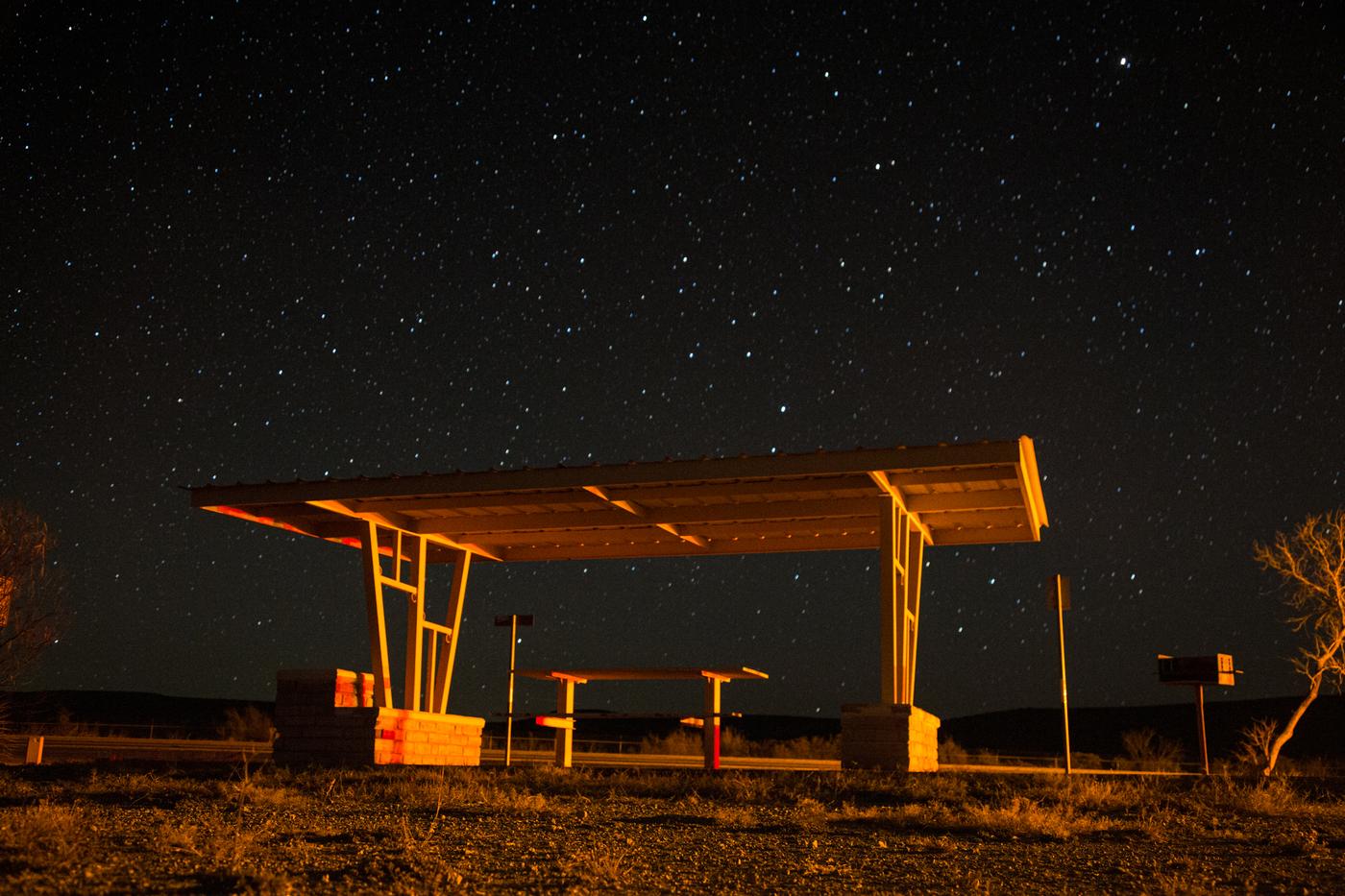 People have been very generous to me. I have had my physical, emotional, and spiritual needs met. Often I meet these people at a precipice of need. It is a beautiful thing to be provided with what I need exactly when I need it. Being in need is a vulnerable state. And while bicycle touring is a solitary, self-sufficient process, I am not without need. Mostly, I guess I am just trying to say that I need other people. 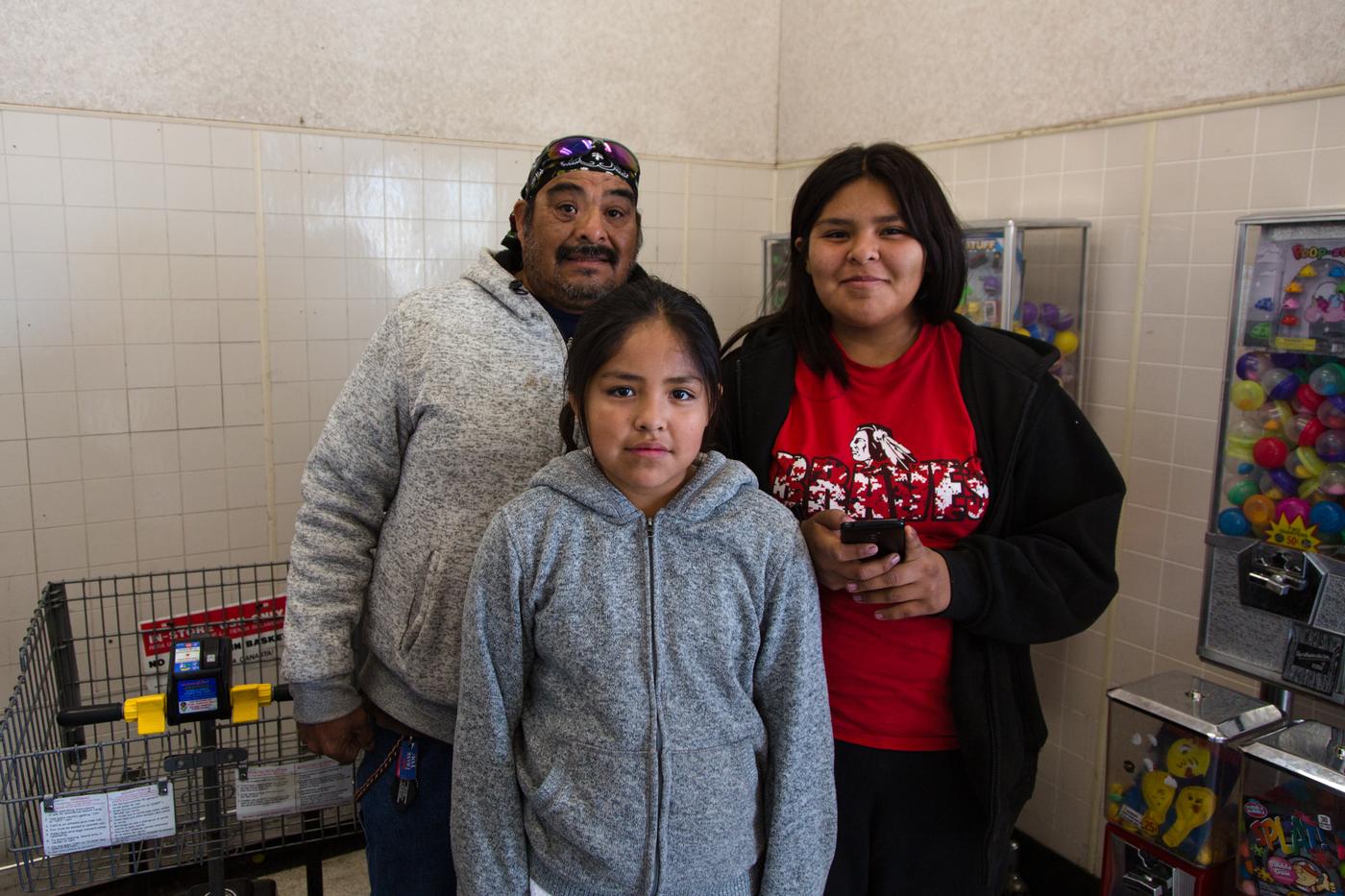 This intense loneliness really has changed me for the better. I’ve never been more vulnerable, and have also never been so well provided for in return. How can I live my life in a state of constant need but in a balanced way? In need, but also self-reliant? I guess what I’m really asking is this: how can I propagate this communal feeling of generosity? These are the important things to think about.
That’s all for now.
I’m very happy that I decided to stay in Silver for the night. Crashing at the Bike Haus. Crazy to think that I was gonna leave. Perfect playlist on at Javalina’s right now. It’s as if I made it—Fleetwood Mac, Avett Brothers, The Shins.
Peace.” Ethan Fichtner is a photographer and writer living in Mammoth Lakes, California. This essay and the corresponding images are from a bicycle tour from New York City to Savannah to San Diego, completed in the fall and winter of 2017 to 2018. These are images from his photo book, South and West, which depicts the experience. The book and more of his work can be found at ethanfichtner.com.