Searching for Positivity and a New Fork on the Tour Divide

“Well, what the hell now?” I thought to myself as I stared down at my carbon fork now resting on the ground in three separate pieces. A curb-sized, unassuming jump on a wooden arch bridge outside Breckenridge had taken me down, imploding my bike with me. The front brake cable was the only thing connecting my front wheel to the rest of my bike. I had never experienced a mechanical problem like this trailside. That’s it, game over. All the planning and anticipation, just to make it halfway through the Tour Divide. The Great Divide had been on my bucket list since I’d first began really getting into cycling, and it was not an easy feat to get here. Whenever I tried to make the time to do the Divide, life would throw me a curveball. Between work and school – for which I was on a grueling eight-year waiting list to finally receive my degree – my time for grand adventures was so limited, I never thought my dream of riding the Divide would ever happen. When I finally saw a light at the end of the tunnel upon my looming graduation and found a window of opportunity to schedule this once-in-a-lifetime ride, we of course got hit with a once-in-a-lifetime pandemic. My dream kept slipping farther and farther from my reach. Still, I worked hard and held hope for some sort of medical progress that would allow me to get back on the trail again. Two Moderna shots later, I was planning my trip once again, only this time with the wind knocked out of my sails one too many times. Over the years, these constant strings of bad luck and disappointments had plagued me into becoming somewhat of a cynic. I’m a bit of an introvert by nature, keeping a very tight circle of friends, and a global pandemic had turned me into a full hermit for over a year and a half. Riding bikes helped me cope as an individual hobby I could turn to for seeing the world and participating in a sport where I could be completely alone in my own thoughts. However, as I stared down at my broken pile of bike parts, I was not alone at all. In fact, I was surrounded by friends who were calling every bike shop across the great state of Colorado in search of replacement parts before I could even fully process what had happened. Two of these friends had been total strangers to me only several weeks prior. I had met Christian on only our fourth day while making sandwiches on the sidewalk in Lincoln, Montana, and Andy a few days later outside of a coffee shop in Butte. They, along with my original riding partner and fellow Cycledelicat teammate Hans, had become my little trail family; The ‘Lanky Boys,’ as we had been affectionately named earlier at Brush Mountain Lodge. We’d been living off the bike together several weeks by this point, yet I felt as though I’d known them for a lifetime. After a year-long pandemic with limited contact with others, this feeling of family meant so much to me, and the thought of not continuing the ride with them was crushing. Being a resourceful go-getter, Hans managed to track down a used non-boost 29er Mtb fork, which was no easy task during this bike part shortage. A bike shop in Salida reported having a used one that met my specs in their storage. So getting to Salida had become my primary goal. Like any good cyclotourist, I broke out the Viole straps, and I affixed the front wheel and the remnants of my fork to the rest of my bike so that I could walk a wheelie. Pro tip: instead of traditional hitchhiking, loiter at a gas station and ask people while they’re stuck at the pump and can’t escape. I’d approached maybe three other drivers when I met Lynne. She was driving an older Tacoma with a camper shell that seemed to say, ‘I like the outdoors, and I’m a nice person.’ ‘Hi, I’m so sorry to bother you but are you heading to Salida by any chance?’ I asked. ‘No… No, I’m not heading that way. I’m sorry,’ she answered. ‘Hey, no worries! Have a good day!’ I responded. I had retreated to the front of the gas station and was snacking while on the lookout for my next potential driver when Lynne came back, ‘ya know, I was actually thinking of heading out that way… but I was going to be making some stops. I was thinking of visiting some hot springs near Buena Vista’. ‘Well, would you like some company?’ I enthusiastically asked, being a sucker for hot springs. The next thing I knew, I was loading my bike in the bed of her truck as the rest of the Lanky Boys stared up at me with sorrowful eyes, lamenting the fact that they still had to climb a significant pass that day rather than going for a hot spring soak. Hitching rides is often an awkward experience for an introvert like myself. I’m scared of deafening silences, or worse… having to answer people’s constant questioning “Why the hell would you ride a bike for 2,000 miles? Are you crazy?!”. As it turned out though, Lynne was an ultra runner and no stranger to big adventures. We ended up having plenty to talk about. I might have been on a 2,000+ mile bike ride, but anyone who can run 50+ miles will never cease to blow my mind. We spent the next several hours soaking in progressively warmer springs while talking about life and adventures. In a short period of time, this good samaritan had turned into a trusted friend with whom I was sharing core memories with. I reflected during this time on how the highs and lows of bike touring didn’t just exist in the peaks and valleys of the trail, but in the unexpected circumstances that can lead to positive and almost ethereal experiences. You really never know where you might end up. As hard as it was to pull ourselves away from the hot springs, Lynne had agreed to drive me the rest of the way to Salida. We even managed to make it to Subculture Cyclery before closing. They were also surprised to see the catastrophe I had found myself in with my bike. ‘Just riding along, I swear!’ I knew it sounded crazy, given the extent of the damage. The fork they came up with happened to be a take-off from one of the managers’ old bikes, which happened to have been another Ti Salsa hardtail; a fitting
swap! After getting situated at the shop, Lynne offered for me to join her for a visit with a friend who happened to be working at a brewery nearby. More pleasant conversation and a hearty pizza dinner followed. Nicole, also an ultra runner with a history of bike touring herself, had great stories to share and even offered me a spot on the floor of her apartment for the night, where we would all end up staying up until near midnight talking. The following day we said our goodbyes, I found words couldn’t quite reflect just how much gratitude I felt. I got back to the bike shop, and as promised, my bike was sitting pretty and ready to roll again with a new (to me) Enve fork. The crew at Subculture was so terrific (and I can’t recommend them enough) that I repaid them with a couple of tall cans of local brew and endless words of thanks. To make timing even better, as I finished repacking my bike, the rest of the Lanky Boys rolled into town. Given that 24 hours prior, I honestly thought my trip was over, I couldn’t believe how well everything had come back together. 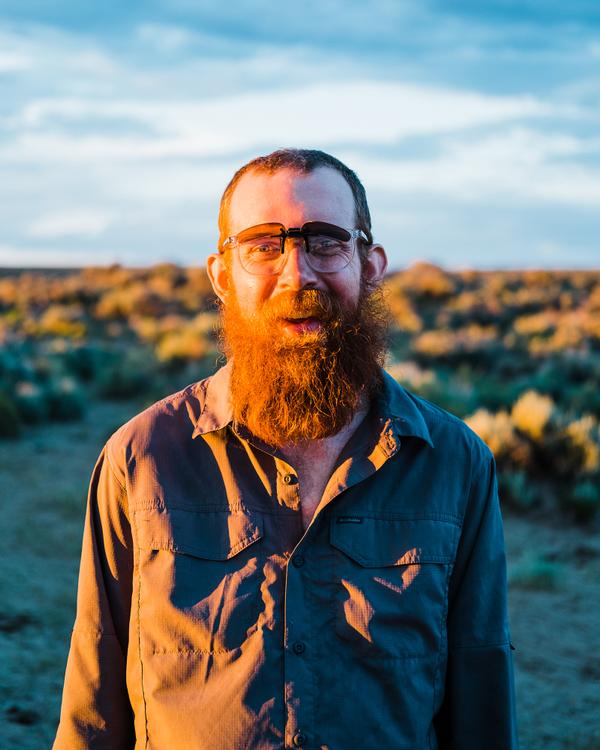 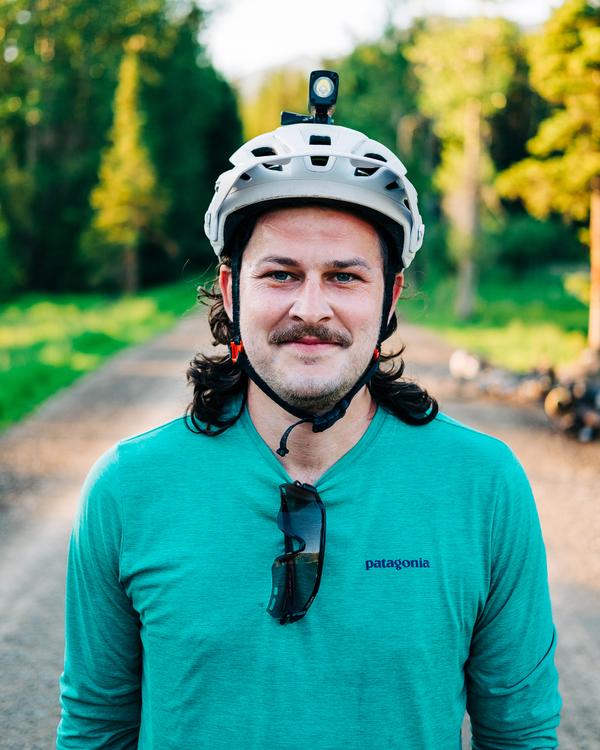 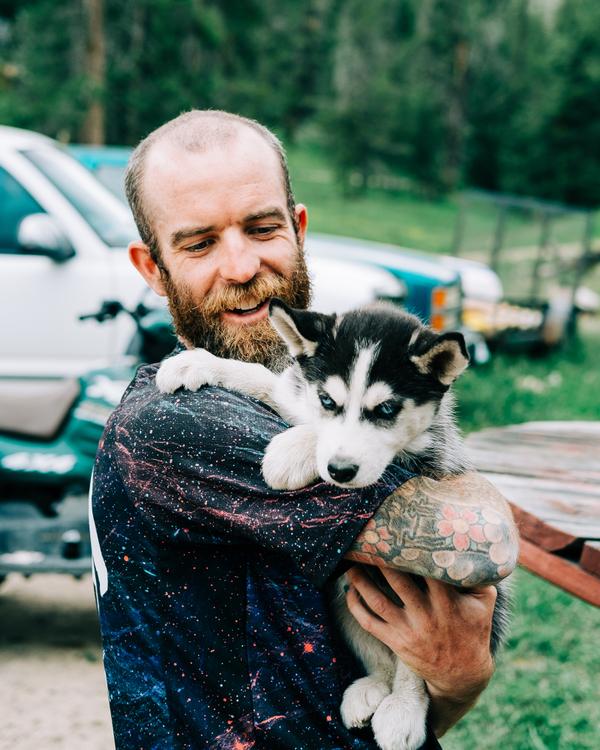 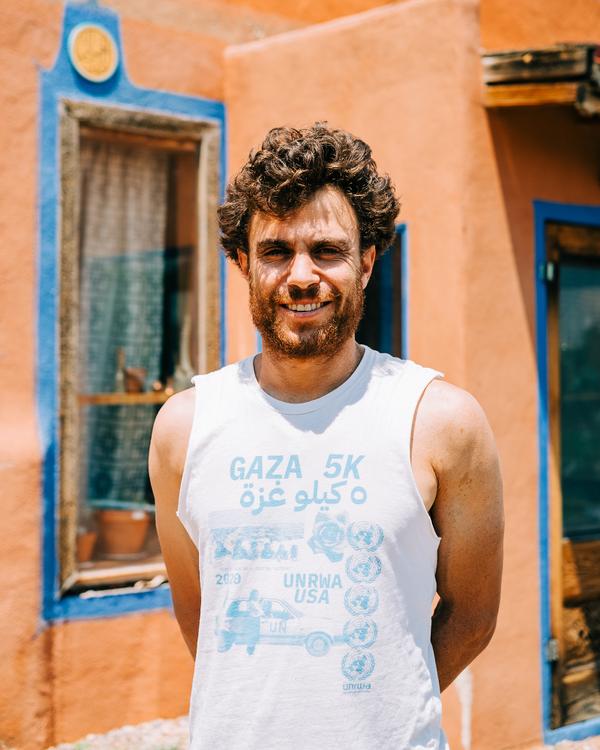 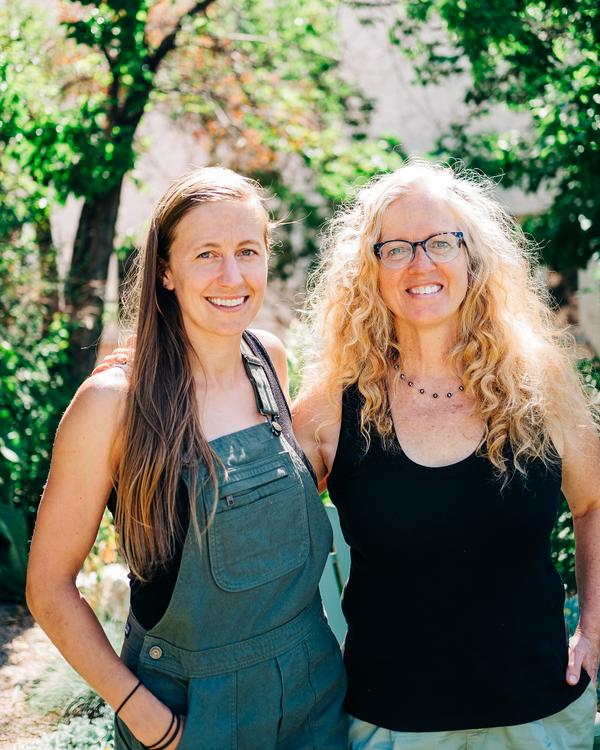 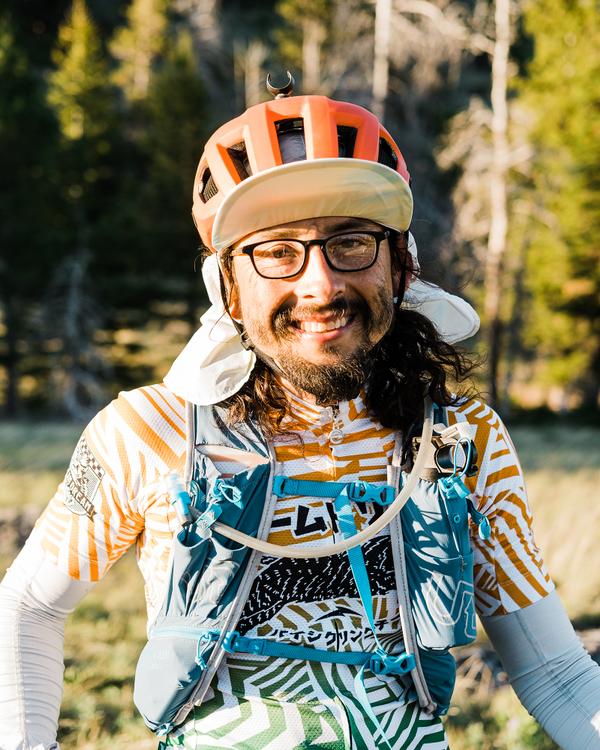 A quote from Into the Wild kept coming to mind: “Happiness is only real when shared”. I often tend to focus on the rugged self-reliance aspect of bikepacking, but this route wouldn’t have been near as fulfilling if it weren’t for the people I met along the way and the memories that I can forever share with them. It was a much-needed reminder that most people are inherently kind, and that shared humanity can be found in the most unlikely of places. In my case, it wouldn’t have even been possible to continue without the random kindness and generosity of complete strangers. And it was hardly limited to this instance. I lost track. We were taken in and given shelter numerous times. People who passed us in their vehicles would stop at the top of climbs, waiting for us to catch up so they could provide us with cold water and snacks. As we would pass northbound riders, everyone would share tips for the upcoming sections. Coming back to ‘reality,’ I desperately miss that connection I found with people on the trail. As my days of blue skies and crisp air are now filled with the fluorescent burnout of the hospital where I work, I look back and wish that all people could have access to experiences like the Divide; I do believe society would be better for it. I do want to acknowledge the immense privilege I have, and how differently many people’s experiences could have potentially been in many of these situations. I couldn’t help but wonder every time I would pass a Trump sign, of which there were many, just how unwelcoming these surroundings could be. Though this trip inspired a degree of hope in humanity for me, signs of division were omnipresent. I often thought to myself, if only the world could be moved by connection and shared humanity, coupled with the mutual aid I encountered, things might be different and more people would be able to experience the joy and peace that comes with bike touring. I have never experienced this so consistently in any other setting. There seems to be an overriding sense of solidarity when people see others out on these adventures; they don’t judge you beyond the journey that you’re on. I finally feel some cynicism starting to melt away, thanks to this silly little bike ride.