While we’re huge fans of restored, period-correct, catalog spec vintage mountain bikes over here at The Radavist, there’s something special about basket bikes made from 1980s and 1990s mountain bikes. Hell, it’s not that long ago that we saw Bailey send it on his Rocky Mountain or any of the countless basket bikes we’ve featured over the past fifteen years we’ve been publishing. I’ll always drool over a minty Potts, or my build projects like my Ritchey Tam or Mountain Goat, but there’s something immortal, heroic, and even godlike when it comes to a shreddy basket bike built upon a classic chassis. These bikes continuously live on…

When Alex came to town with his Bridgestone MB-1, we went on a ride here in town, and then, the following day, I photographed his bike. Let’s check it out in detail below! 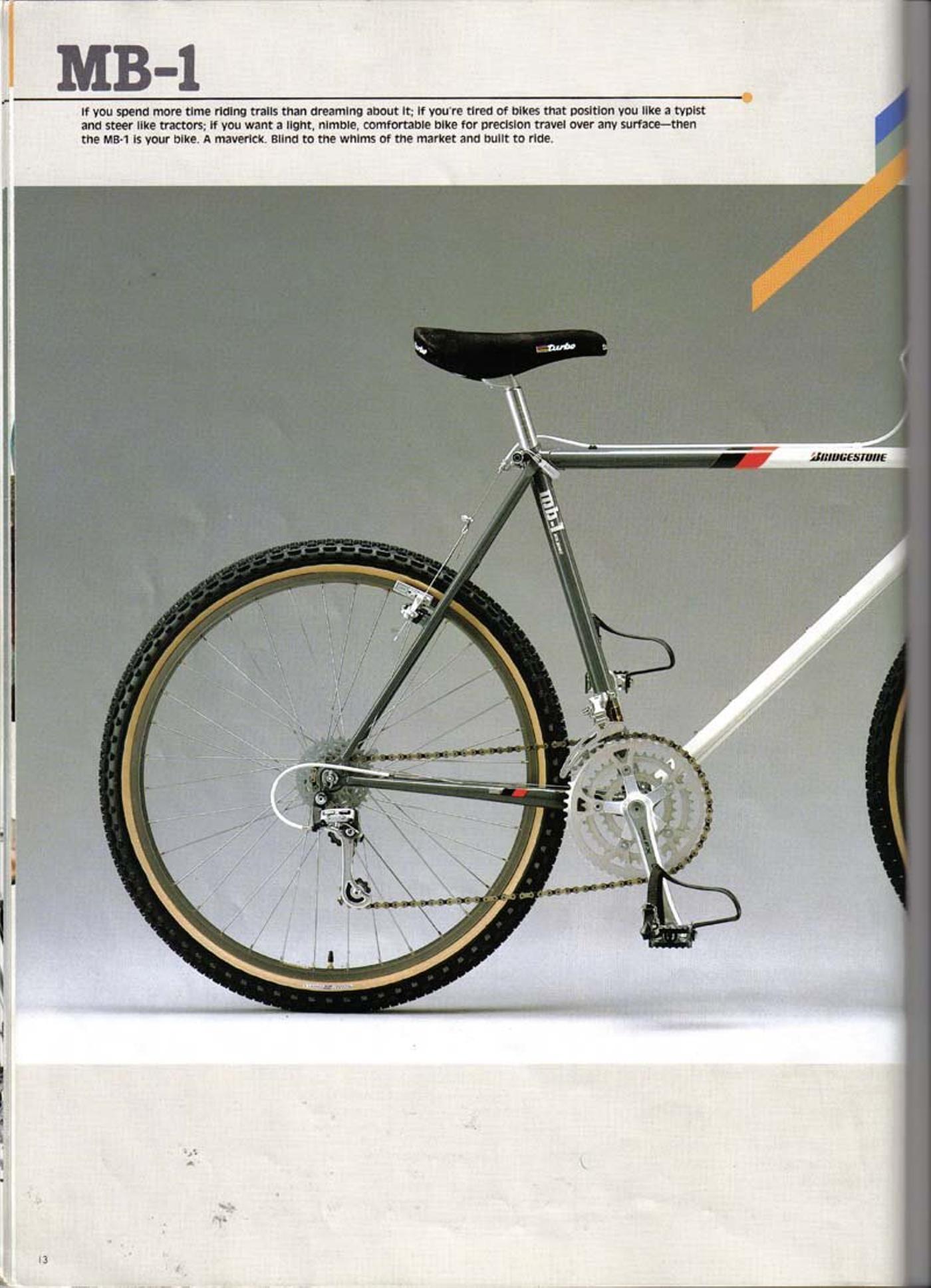 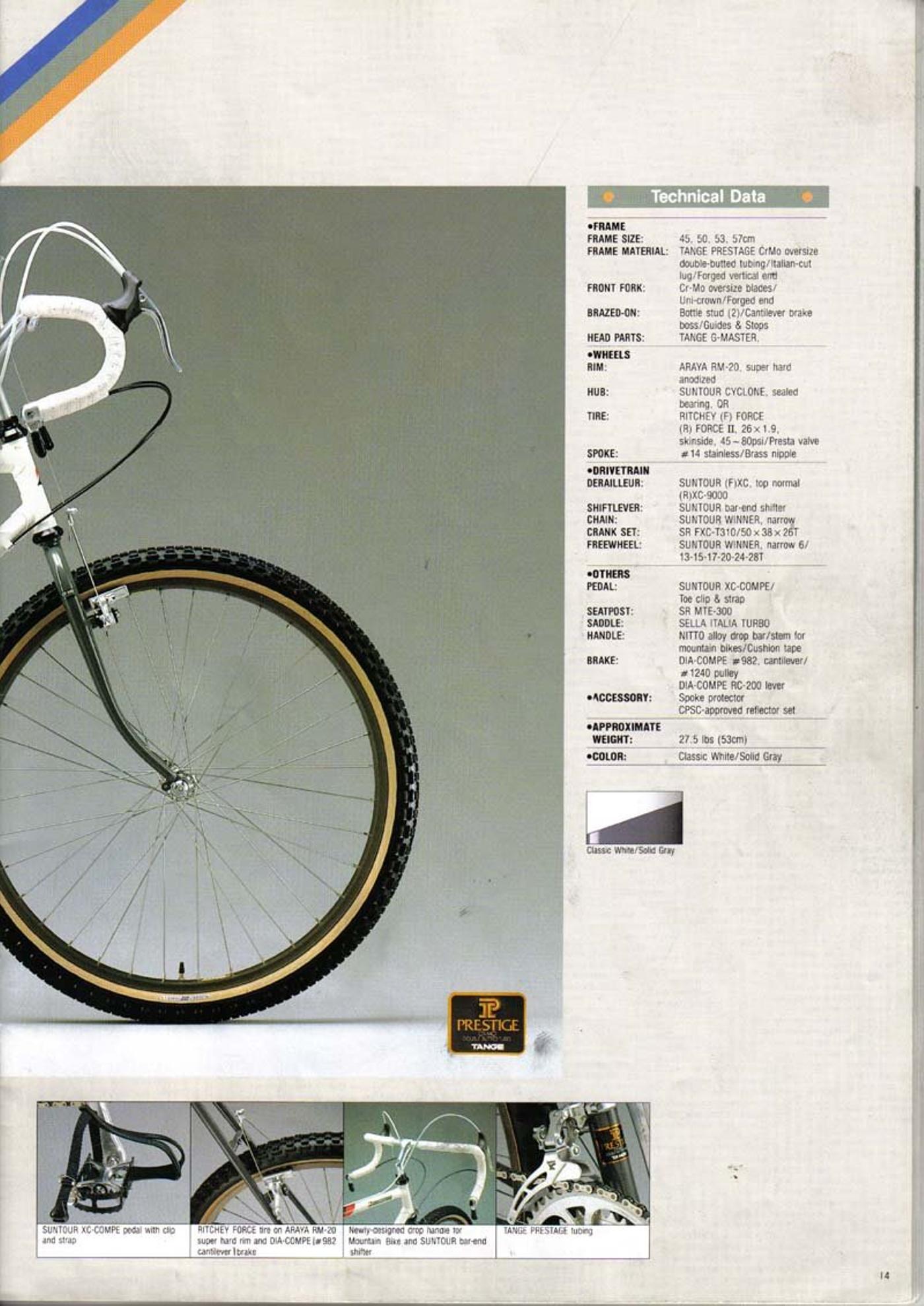 Scans via the Boise Bicycle Project

The late 80s and early 90s brought about the heyday for Bridgestone’s many offerings. From the iconic RB-1, to the XO-1, and the MB-1, these frames all have a special spot in our collective hearts. Bridgestone is where Grant Petersen of Rivendell cut his chops, designing these models for the Japanese brand. Many of the ideologies Grant developed while working for Bridgestone are still evident in Rivendell’s modern odderings.

The MB-1 was a race bike built for the up-and-coming NORBA, National Off-Road Bicycle Association, races, and in its heyday, the MB-1 was raced by many of cycling’s greatest. They came in flat bars or drop bar configurations and you can read a review from a 1986 issue of Bicycling Magazine at Sheldon Brown’s website.

This particular Bridgestone MB-1 is a 1987 and came specced as a dirt drop bike. Yet, Alex had different plans. 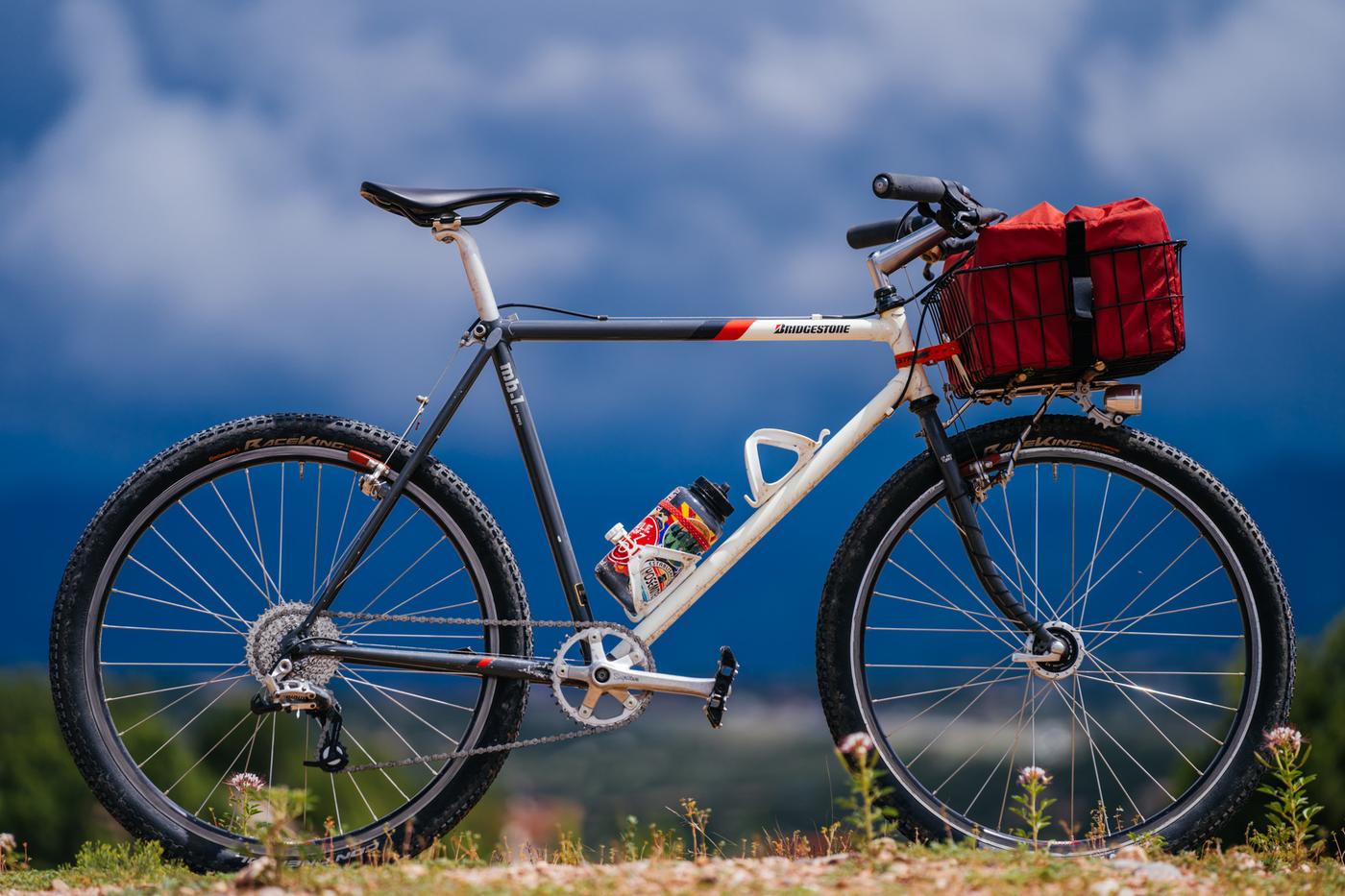 A few years back, one of Alex’s friends, Richard, found this bike for sale in Seattle on Craigslist. He asked Alex if he wanted it, confirmed, bought it and brought it back to Austin, Texas where Alex lives. 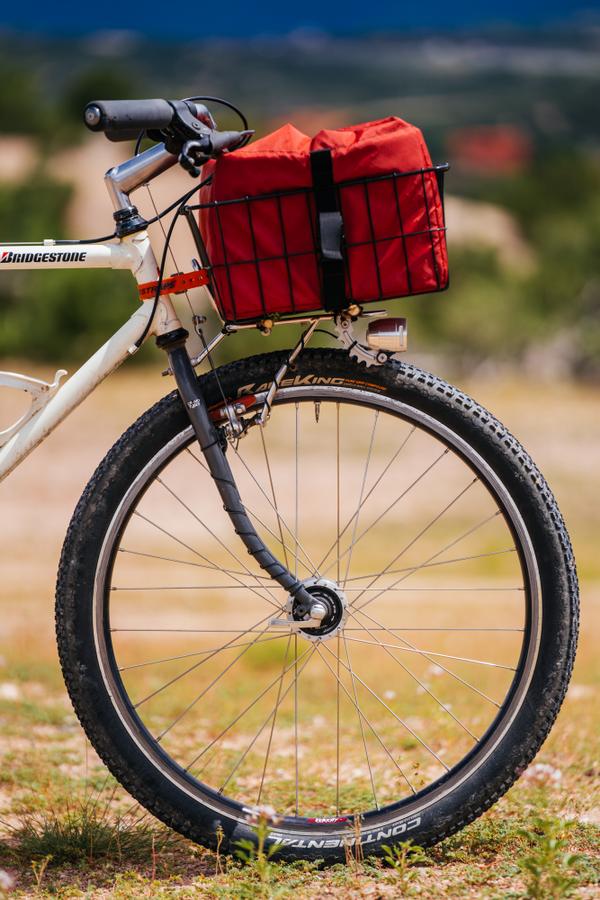 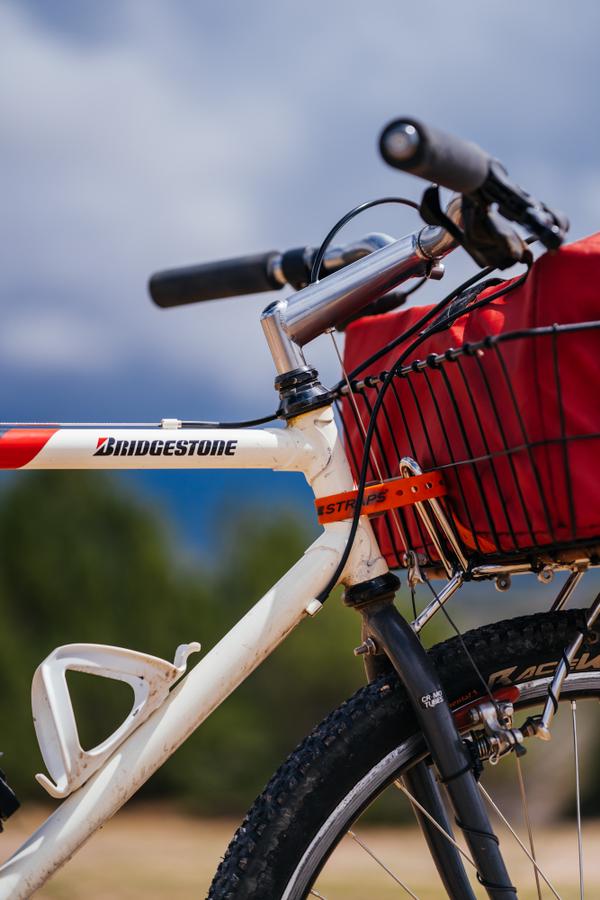 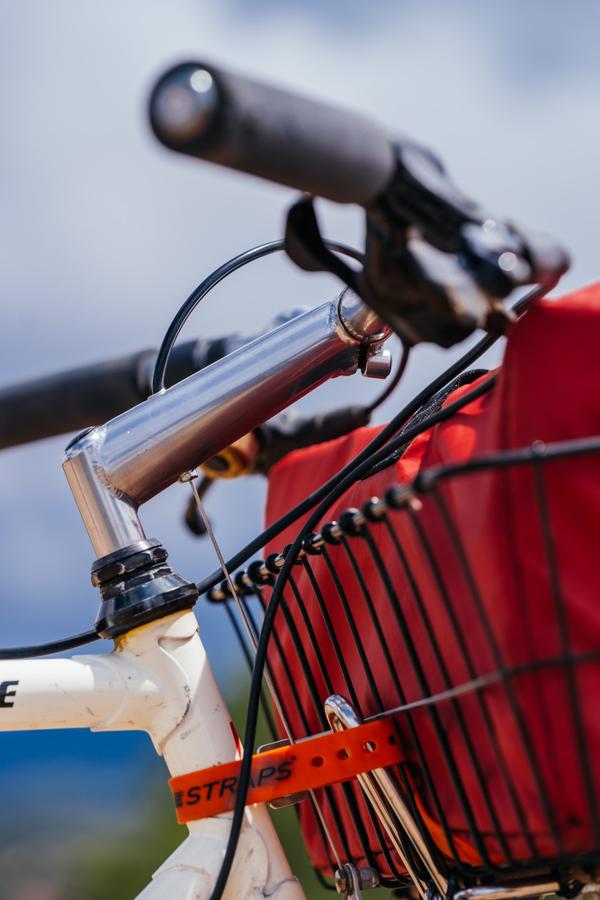 After a few parts swaps, namely the cockpit, Alex mounted a rack and Wald basket to the bike and immediately crashed it, bending the rack. He mounted Chinaberry limbs on the rack and basket’s undercarriage to bolster the basket supports. The Sim Works Fun 3 Bars transformed this once racebike into a proper townie. 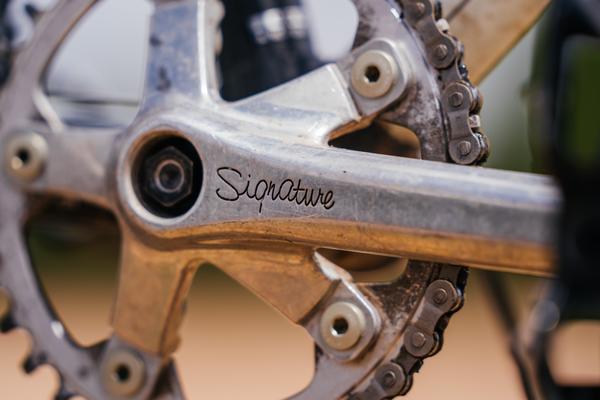 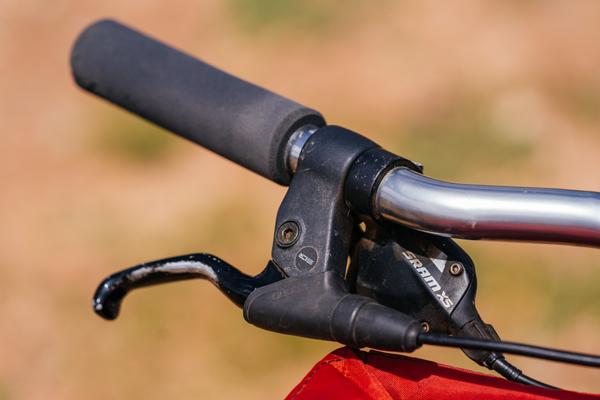 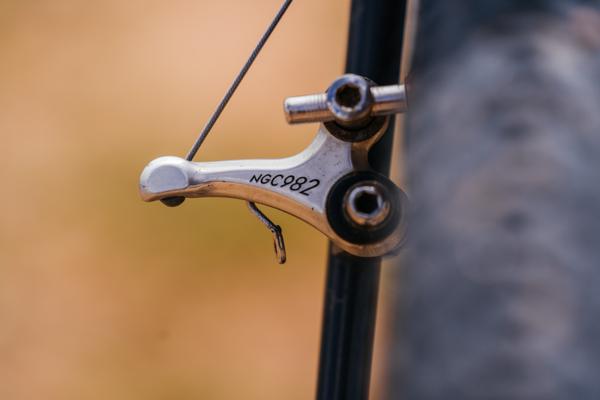 Some catalog spec parts are still present, while others have been substituted for more modern components. Most notably, he laced up some Velocity Cliffhangers to Shimano hubs, with tubeless tires to keep the goat head thorns at bay. 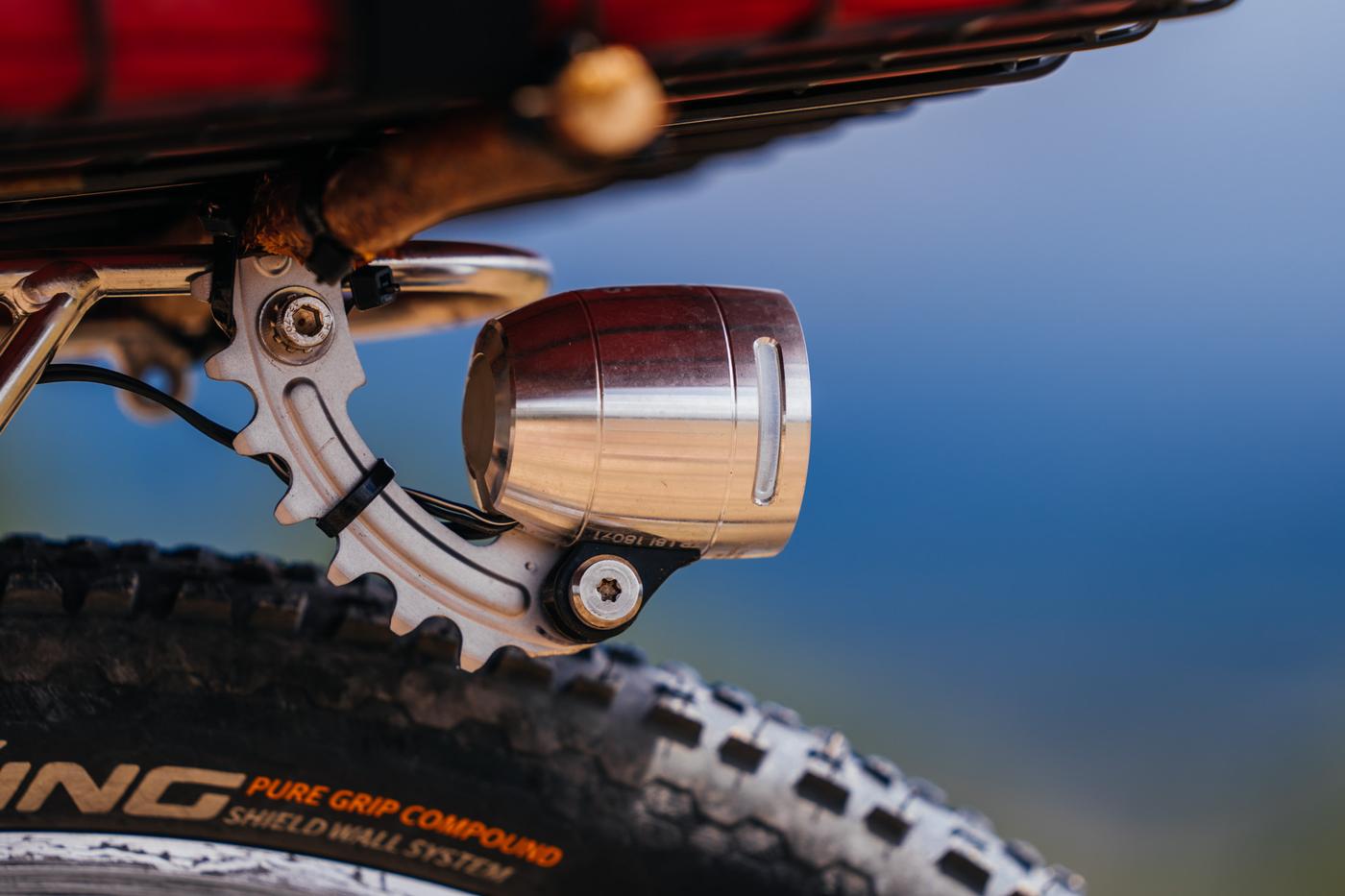 Alex took an old chainring and made a dynamo lamp bracket. The Alfine generator hub powers the lamp itself. 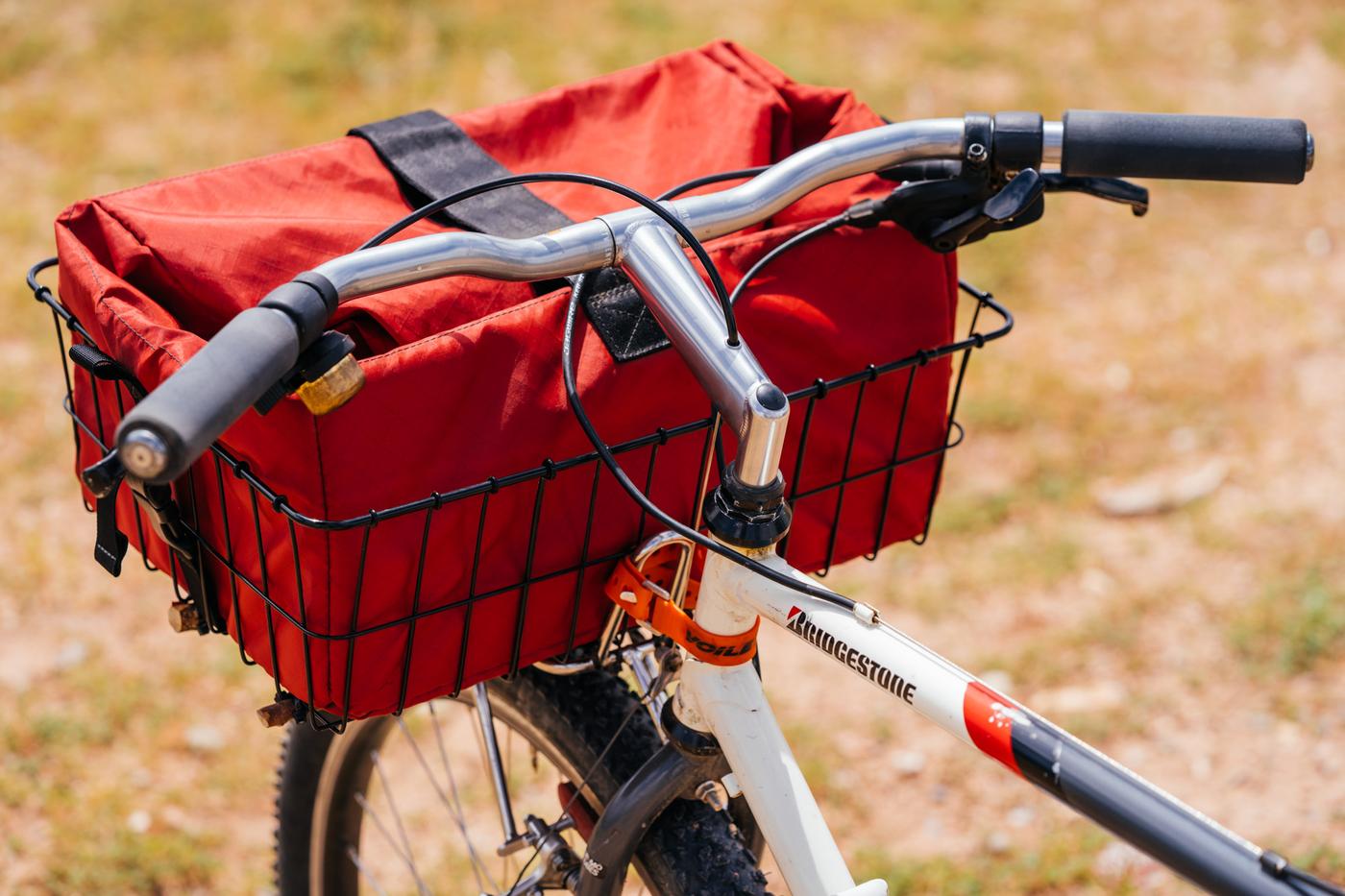 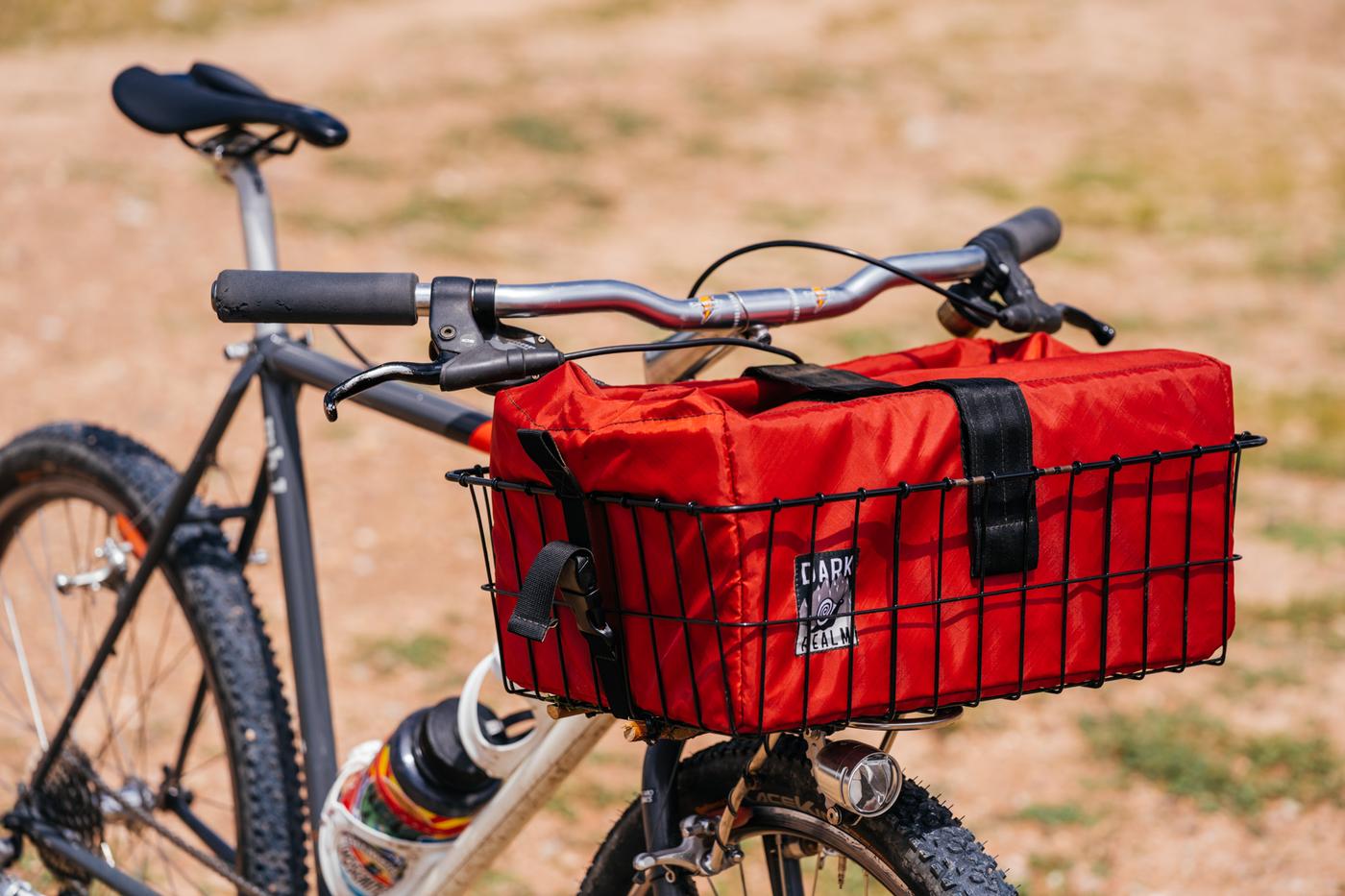 The finishing touch was this beautiful Dark Realm basket bag, which really ties the build together. As with all basket bikes, this bike gets locked up while running errands around town or while taking a summertime dip in Austin’s Barton Springs swimming pool. He even uses it on his photoshoots, where he has to haul camera equipment around, which is how he ended up in Santa Fe with it (making new friends with off-leash dogs) last week!

While basket bike conversions might not be what Bridgestone envisioned for its bikes back in the late 80s, I bet Grant Petersen digs this build! Thanks for the hangs, Alex!

If you have an MB-1 and want to share it in the comments, please do so!