Beach Club is the bicycle brand of Danny Heeley and Sean Talkington, who also run Team Dream Bicycling Team and The Cub House in San Marino, CA. Danny and Sean launched the brand with the Discless Road model earlier this year and followed up with a disc-equipped gravel bike called the Gravioli. While Josh was in town for Team Dream’s 10th-Anniversary Party, he pulled aside an objectively stellar Gravioli build that had just been completed for Jared, rode over to one of San Marino’s most photogenic alleyways, and documented it as you see here. There’s a lot to enjoy about this bike, so let’s check it out in detail below! 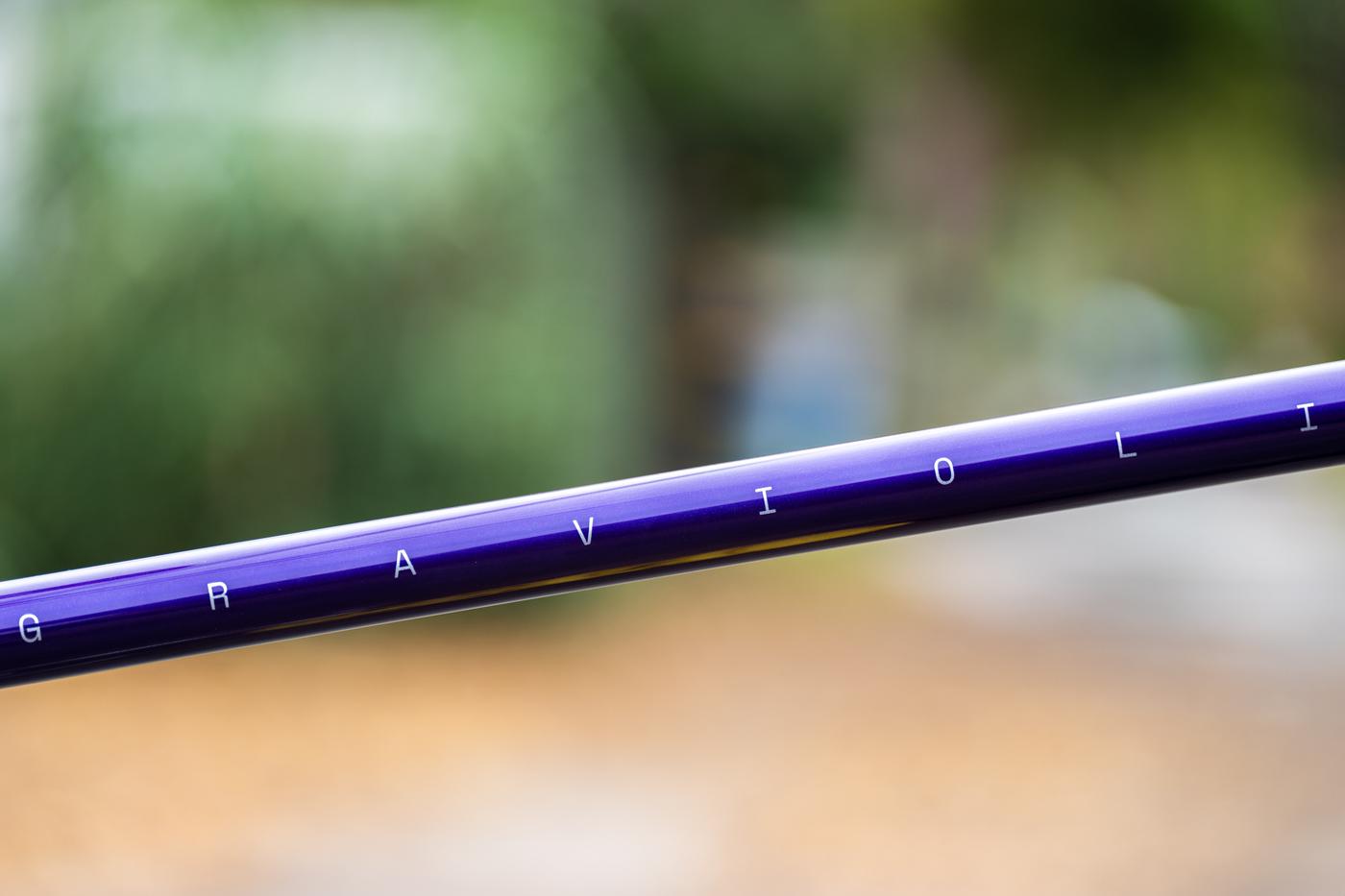 In these uncertain times, San Marino Beach Club has another compelling investment opportunity for you: The Gravioli. Sure, you may already have a gravel bike….but does your gravel bike say Beach Club on it? Pro Tip: You could save yourself thousands of dollars and just write Beach Club on your current bike with a sharpie OR you can max out that credit card on a frameset from your ol’ pals at San Marino Beach Club. One thing that’s guaranteed is that you’ll definitely get more enjoyment out of this Oregon-made gem than any blockchain-mined coin. 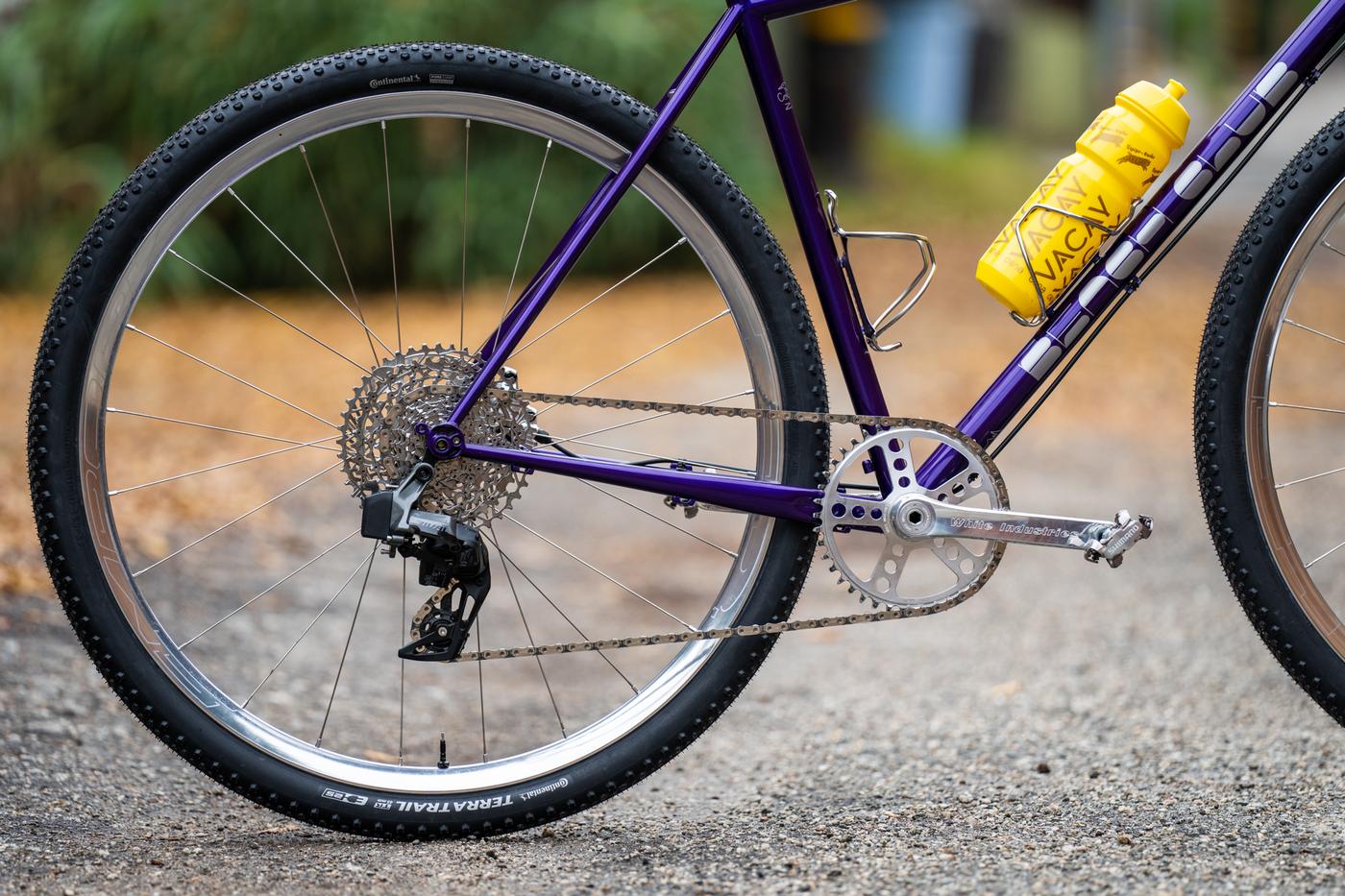 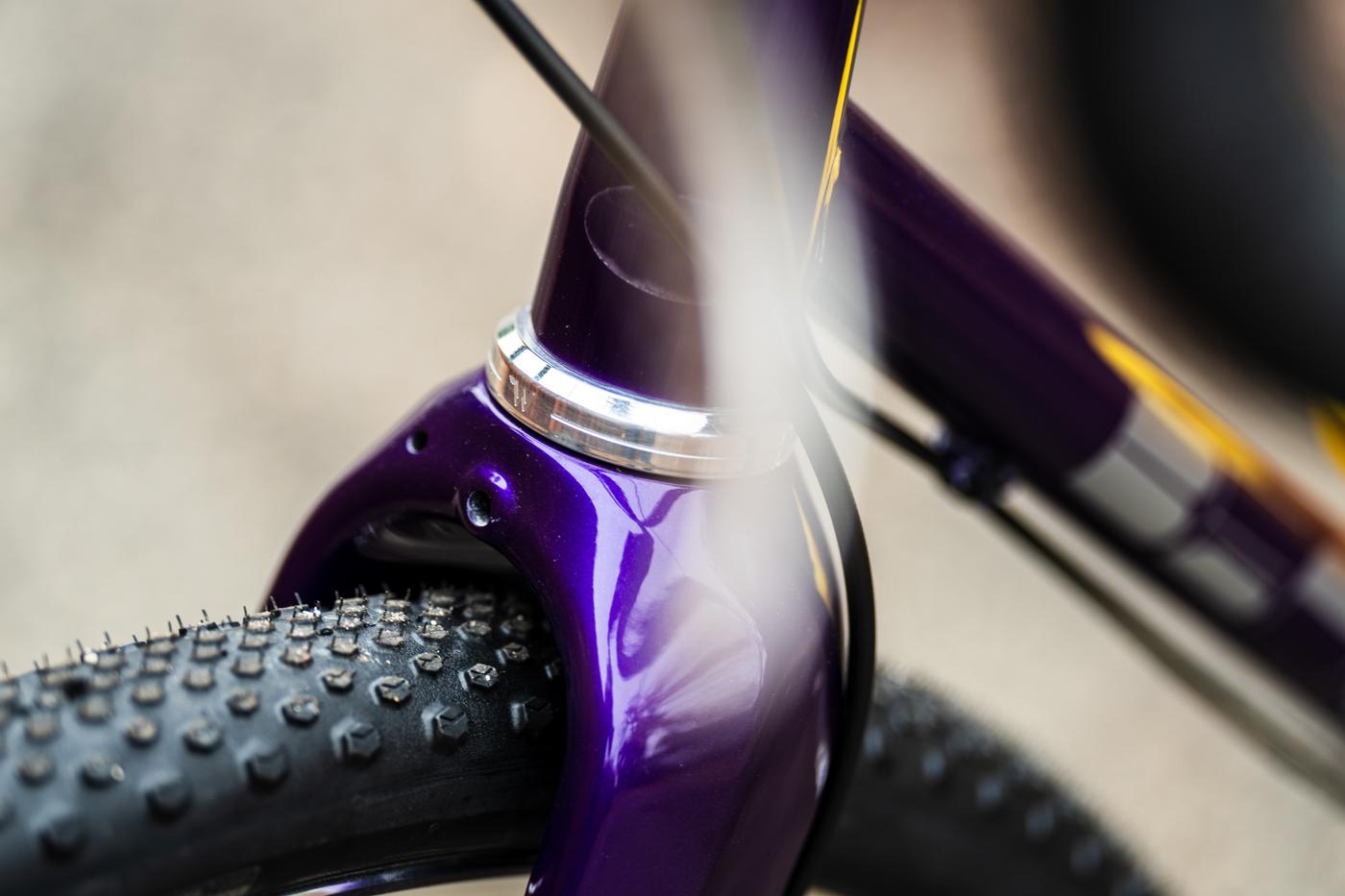 Let’s be honest, most likely we are the only beach club that would have you as a member. Remember the scene in She’s All That when the main character Laney was really nerdy but you already knew she was super pretty before she transformed? You kind of wished you could tell her not to try so hard to be popular because Zackary didn’t deserve her and, more importantly, she was awesome from the start. Well, if Laney was a bicycle, she would be this frame and fork. 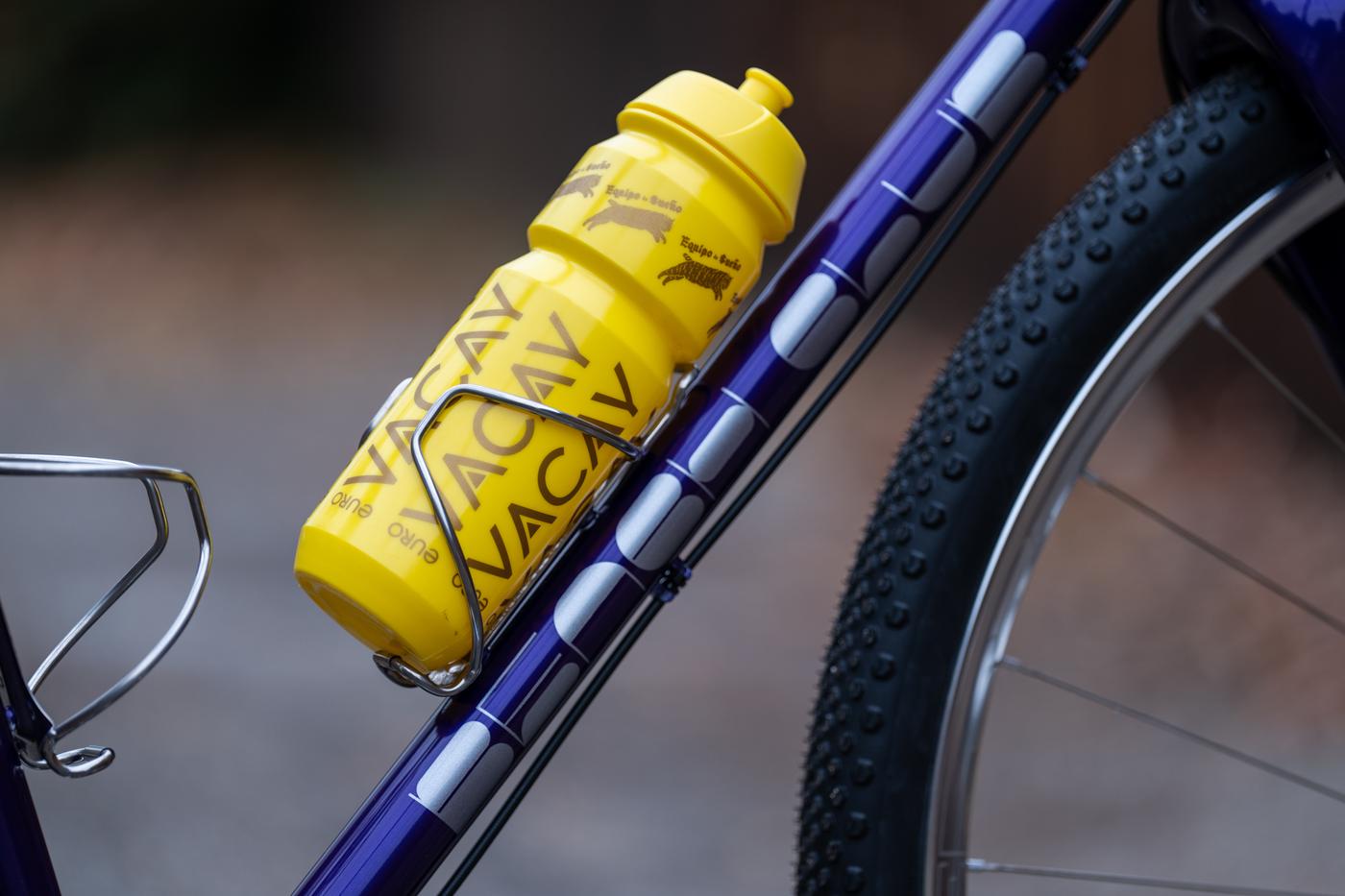 We wanted a bike that is super capable on the steep gravel of Los Angeles but also a joy to ride on the road, as we have long stretches of tarmac before hitting any dirt roads or urban trails. We think the Gravioli hits this sweet spot by offering plenty of thrills on single track while still holding its own on speedier surfaces. If you are curious about the geo, send us an email. We are still working on our website (we promise!) and, yes, we do have geo charts to share with you! 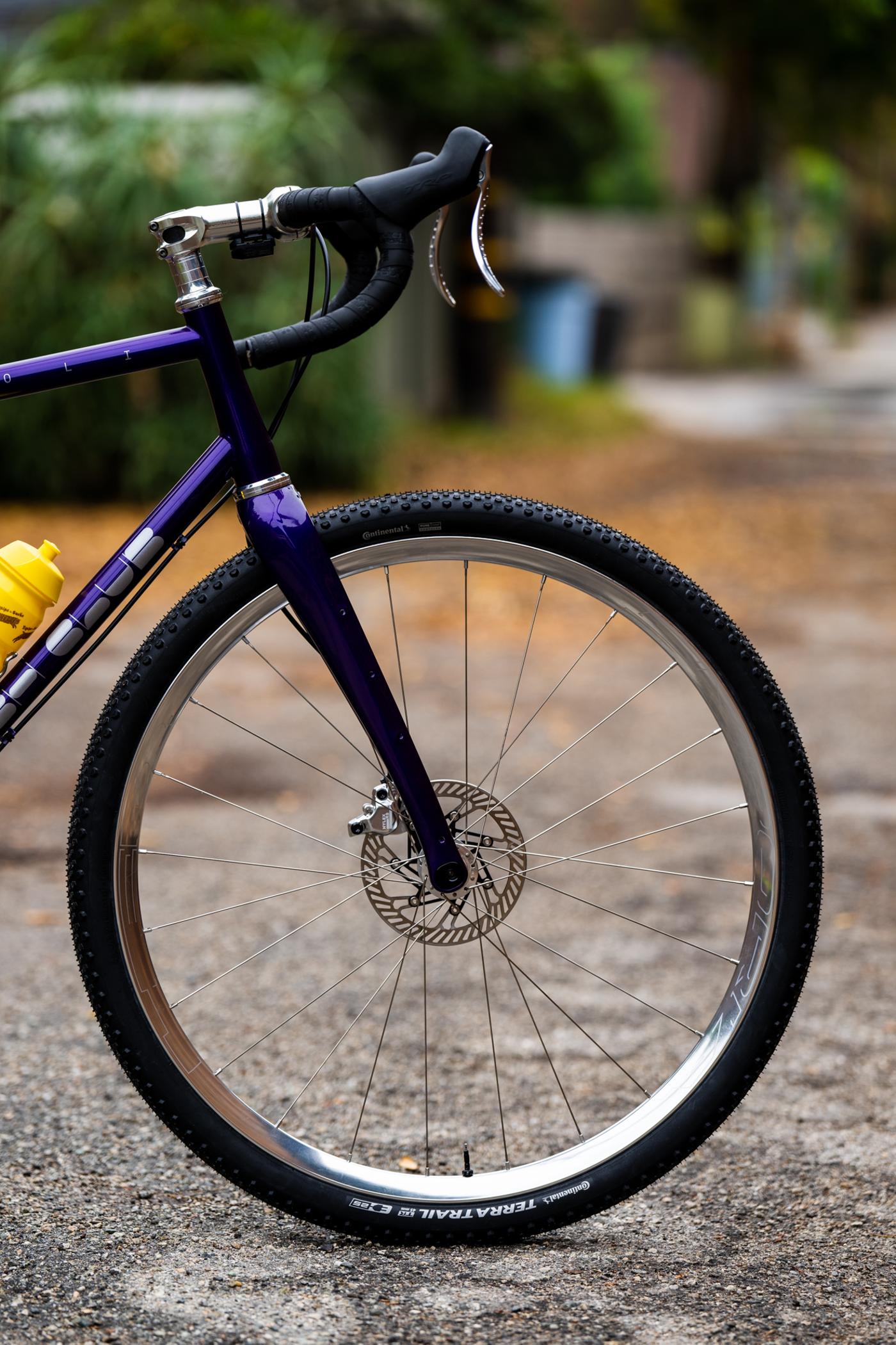 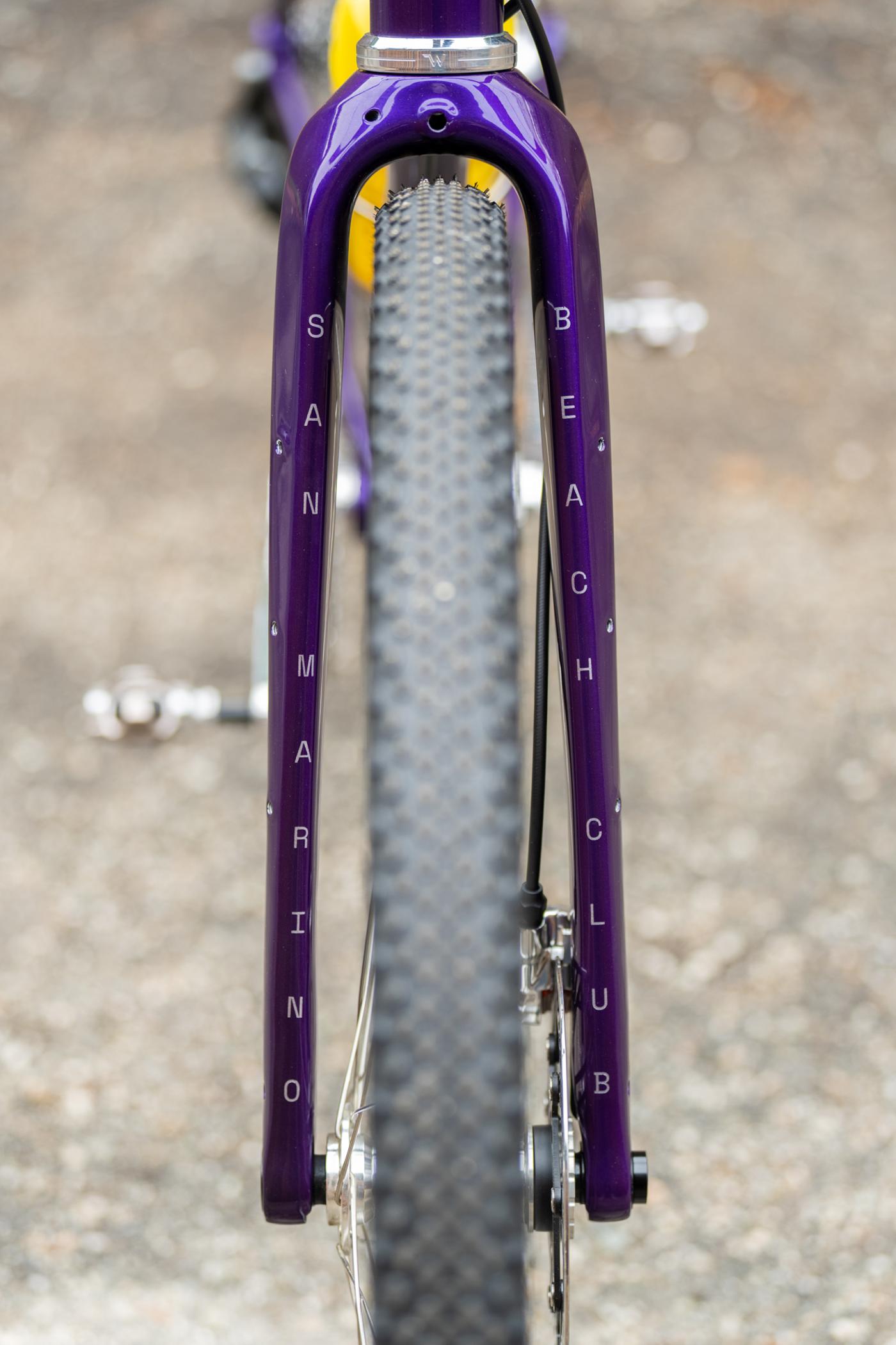 Our frames are built in Portland by Oscar at Simple Bike Co from Columbus Zona Tubesets with Columbus’s Futura Cross+ Fork that’s flat-mount disc brake compatible. The fork also features Colombus’ chocolate chip honey dip flip chip to change up that fork rake. (Columbus actually asked us not to refer to the flip chip with that handle but it was too good not to use).

Frames are built around a 700 x 45mm or 650b x 2.1″ tire and are available in sized from 48cm to 60cm. They have taller head tubes for an improved fit and all the cables are externally routed for simplicity and ease of build-ability. They can be built up either 2x or 1x and we recommend using any of the wide gravel cranksets available. 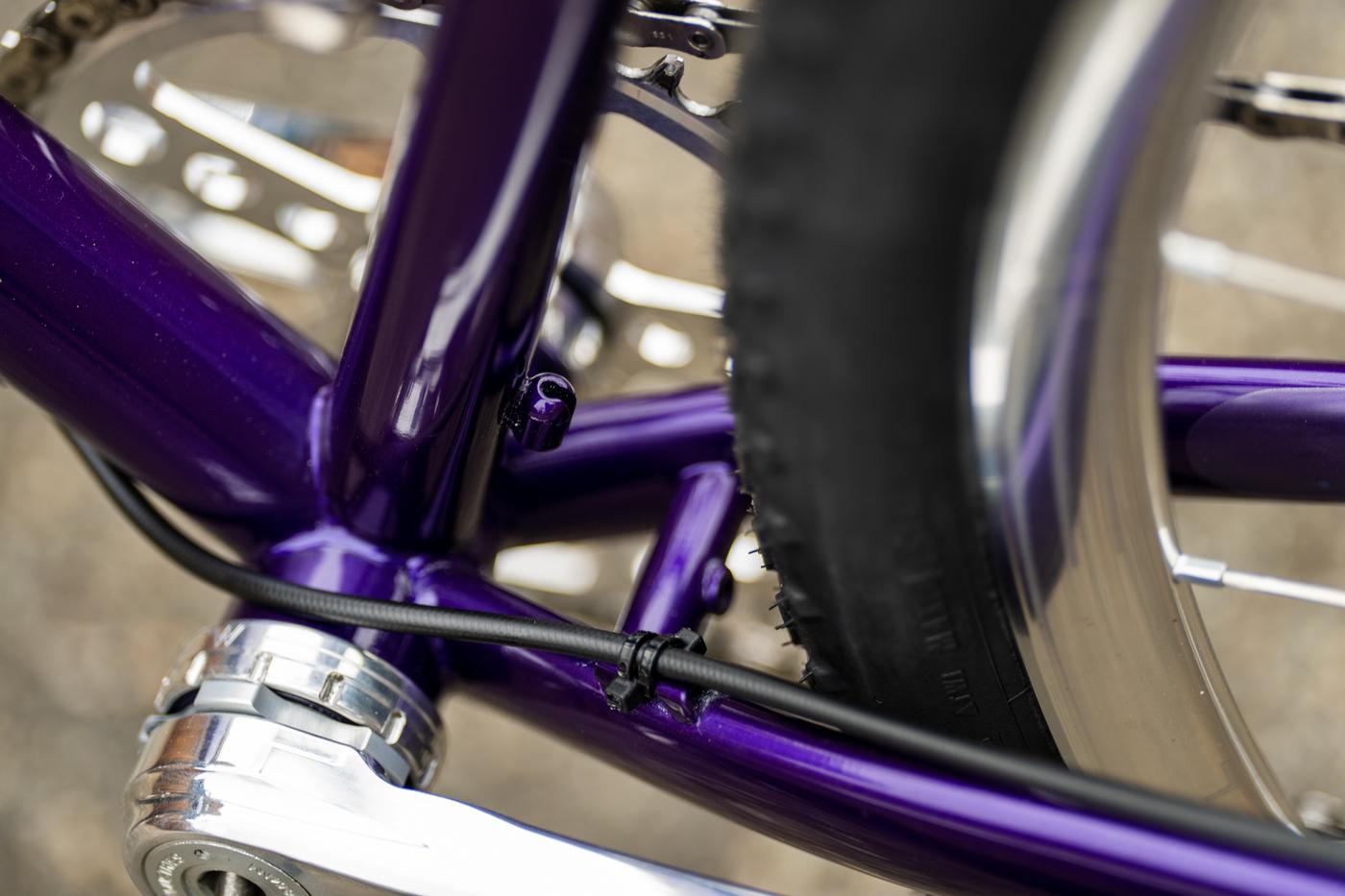 Of course, these are also built with Beach Club’s world-renowned threaded bottom bracket anti-creak system (just a regular threaded BB). Beach Club Framesets are $2850 for frame and fork and we make them in batches of 20. They are all finished here in Southern California. So that means no stickers even for the logos; it’s all paint, which is pretty cool! 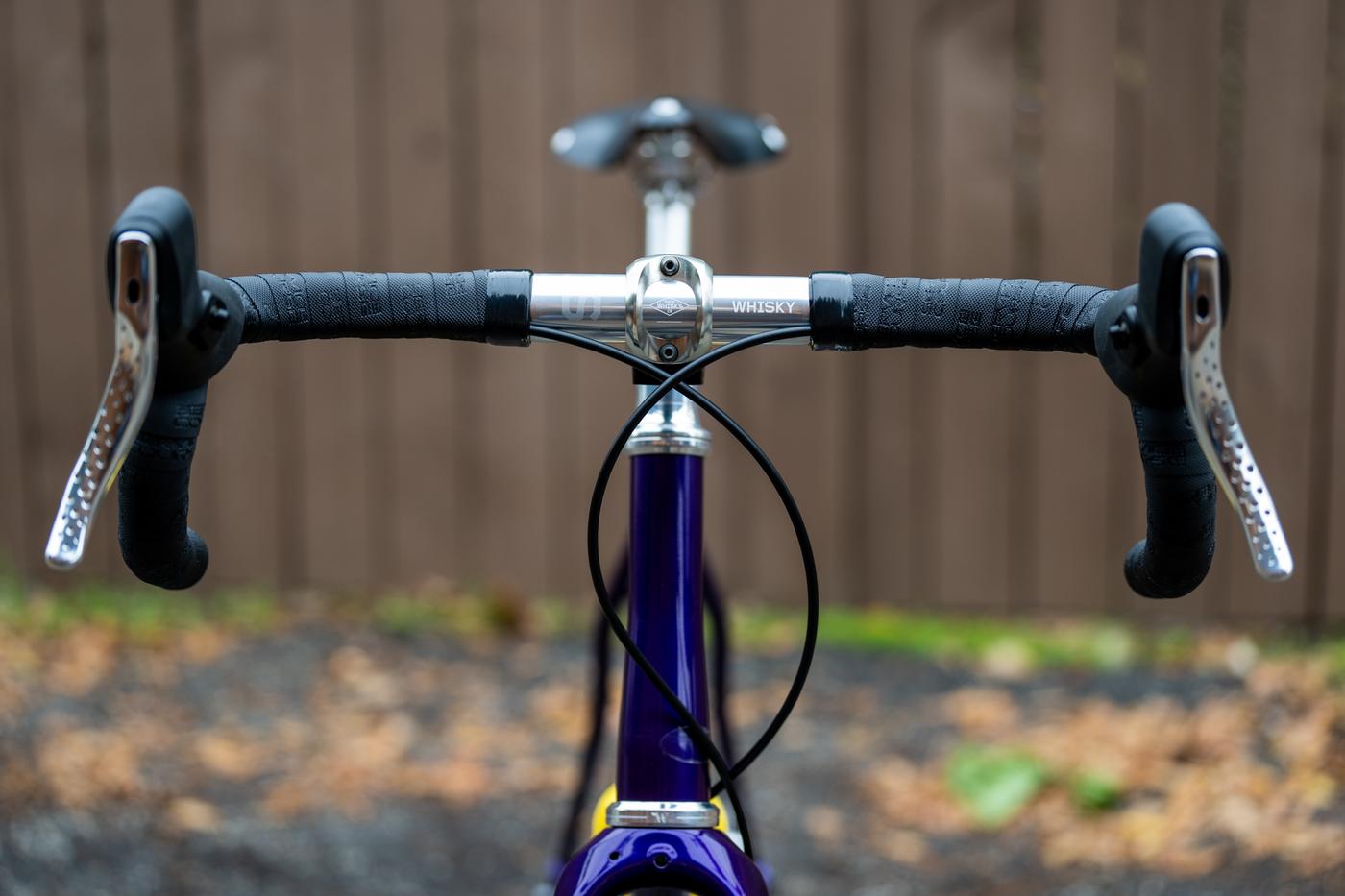 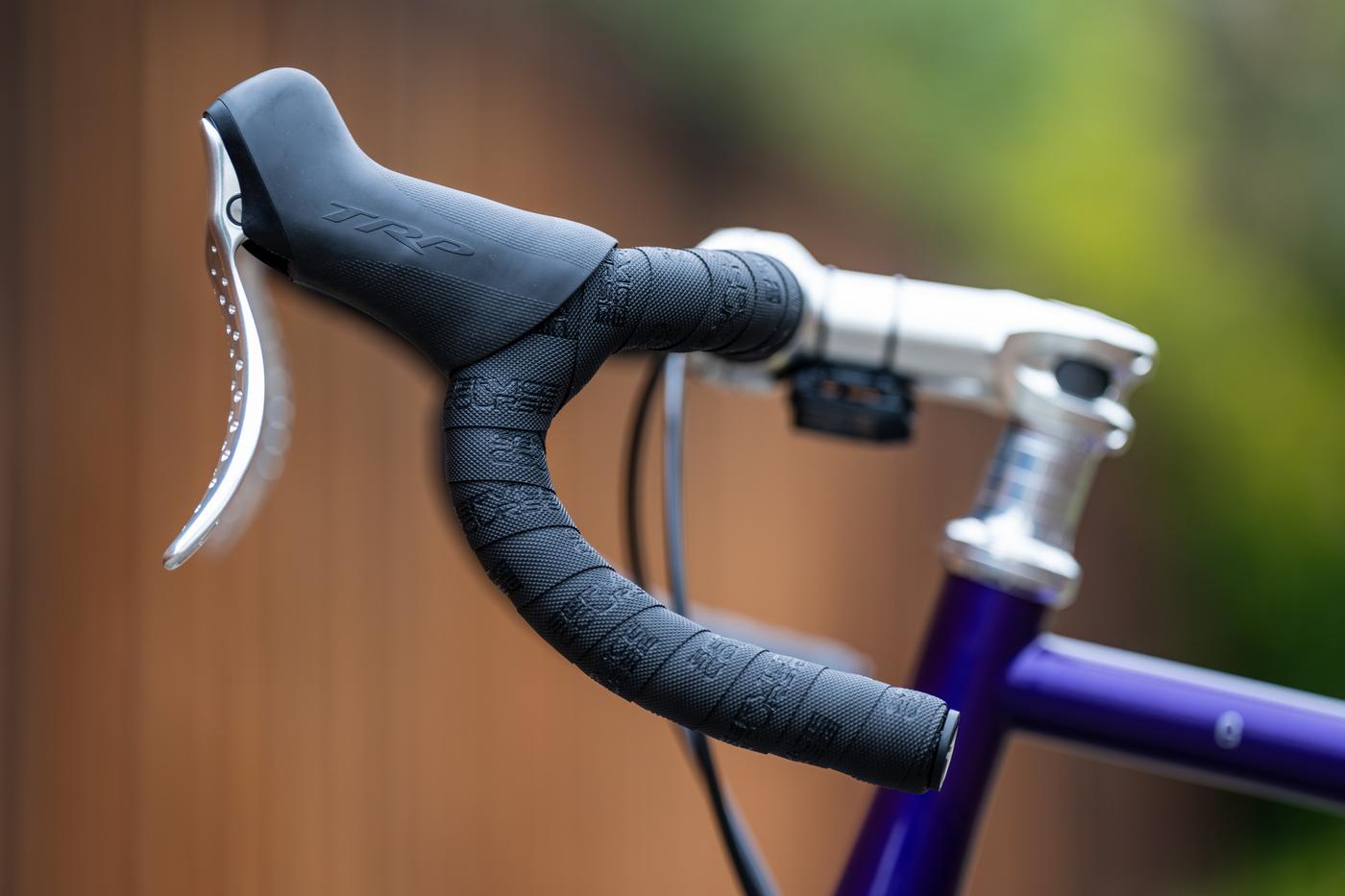 Even though Graviolis are made and painted in batches, sometimes we can do a special one like Jared’s one-of-one purple colorway that’s showcased here. Luckily, he already had some super cool parts that were very much in vibe with his frameset. It was a pleasure to put it all together he at the Cub House. For examples of some of our other builds, head on over to the shop website! Jared did last year’s LA Invitational on 32c tires like a wild man, so we’re pretty sure he’s now more than ready to get rowdy in the dirt. 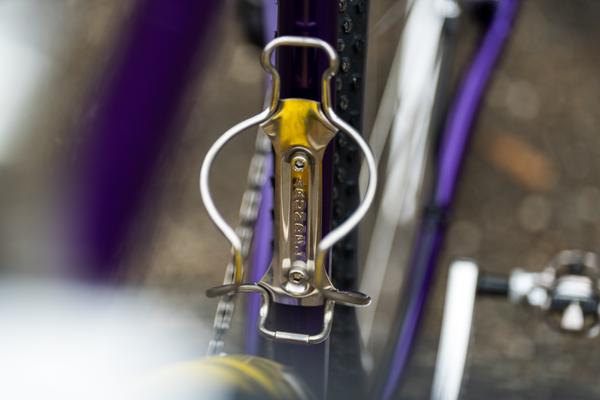 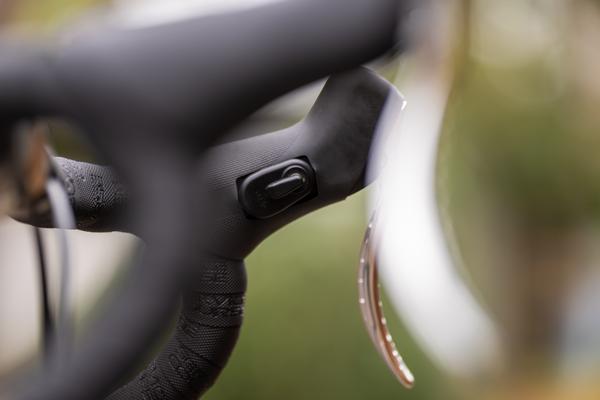 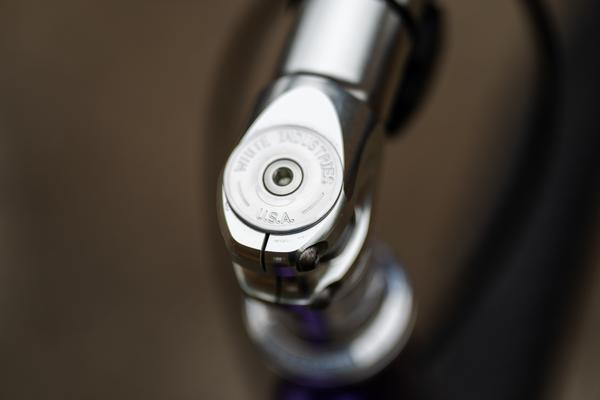 If you are like Jared and are also interested in a sure bet, can’t miss, investment opportunity of a lifetime send us an email at sup@beachclubzzz.com.