1. Muddy road on the way to Laguna de Zumpango

In our previous story, we showed you Atom Cycles’ workshop in Ojo de Agua, in the State of México, but here we’ll take a look at two of their finished bicycles. What better example to look at in-depth than the personal bikes of Dulce and Wladimir, the couple behind the name. Dulce’s is the touring frame named Puelche and Wladimir owns the gravel model, the Kodkod. Their models are named after Chilean words: Puelche is a warm summer wind in Santiago de Chile (where Dulce and Wladi used to live) that originates in the Andes and an indigenous group that inhabited that area. The Kodkod is an endemic Chilean feline, the tiniest in the American continent. 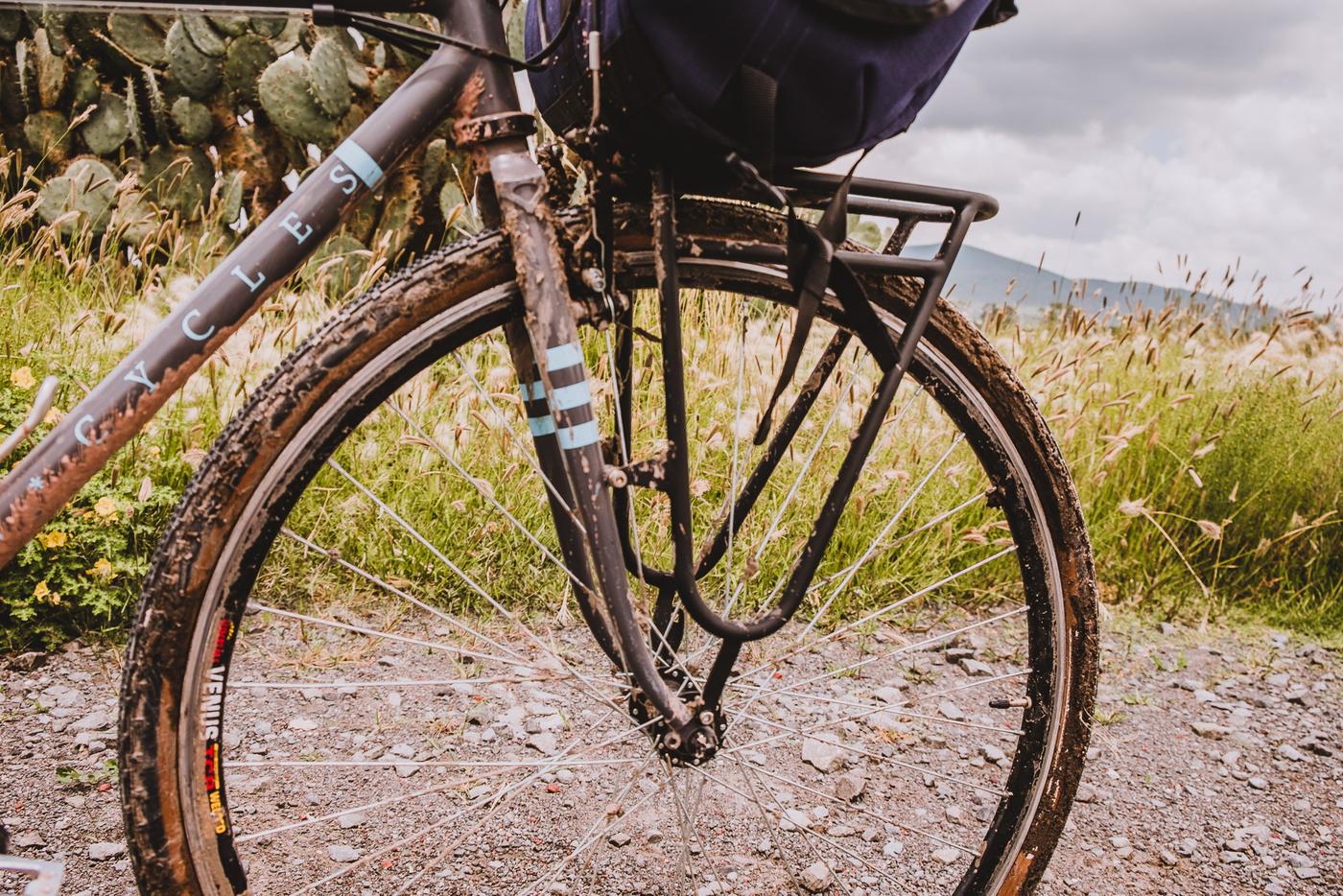 To see the bikes in action we rode to Laguna de Zumpango, 30 km away from the Atom Cycles shop, which is one of the last surviving lakes from what once were the great lakes of the Valley of México. On the way, we came across a muddy dirt road which added some spice to a pair of already tasty bikes. Clean bicycles look pretty but, to me, they look better when there are signs of use. Don’t worry, we washed them when we came back. “We say we have models so we can offer a reference of what we do, but in reality, each person that comes to us has their own personal taste. For this, we try to add what we like and what we think is adequate to each person’s needs.” – Wladimir

Dulce’s bike had been waiting a while for the right shinny components to arrive. With the recent chain supply issues we all know about, they decided to finish the build with what was available. The neighborhood bike shop supplied brakes, brakes levers, and pedals. Kaisei tubing conforms to the frame combined with a chrome-plated Nitto Bullmoose bar and seat post combo, rolling on Panaracer Gravelking SK’s in 700×35 with plenty of room for fenders or a wider tire and a discreet but beautiful headtube badge hiding behind the handlebar bag. As for Wladi’s bike, he decided to go with the raw steel look to be able to show off the welds he made to join the Columbus tubing. The bike rides on Panaracer Pasela’s in 700×38 with drop bars to keep that gravel-y look. 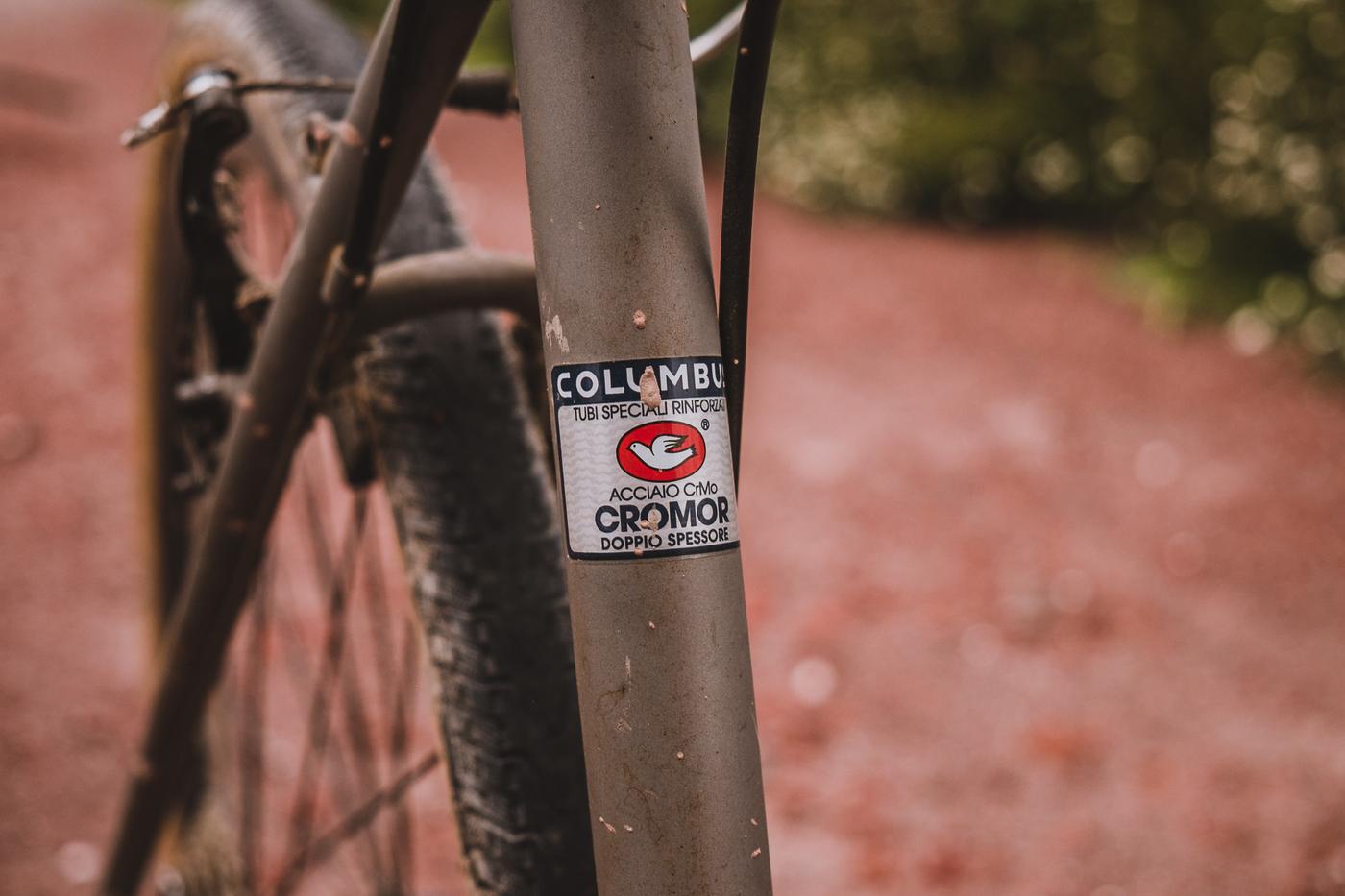 For the logo on his bike, one day that he was bored he painted it with the trusty sharpie method which resonates with me because that’s how I painted mine too. And lastly, both bikes have Atom Cycles’ made front racks and long flap handlebar bags, which Dulce’s mom sewed as part of their plan of offering bags for touring. 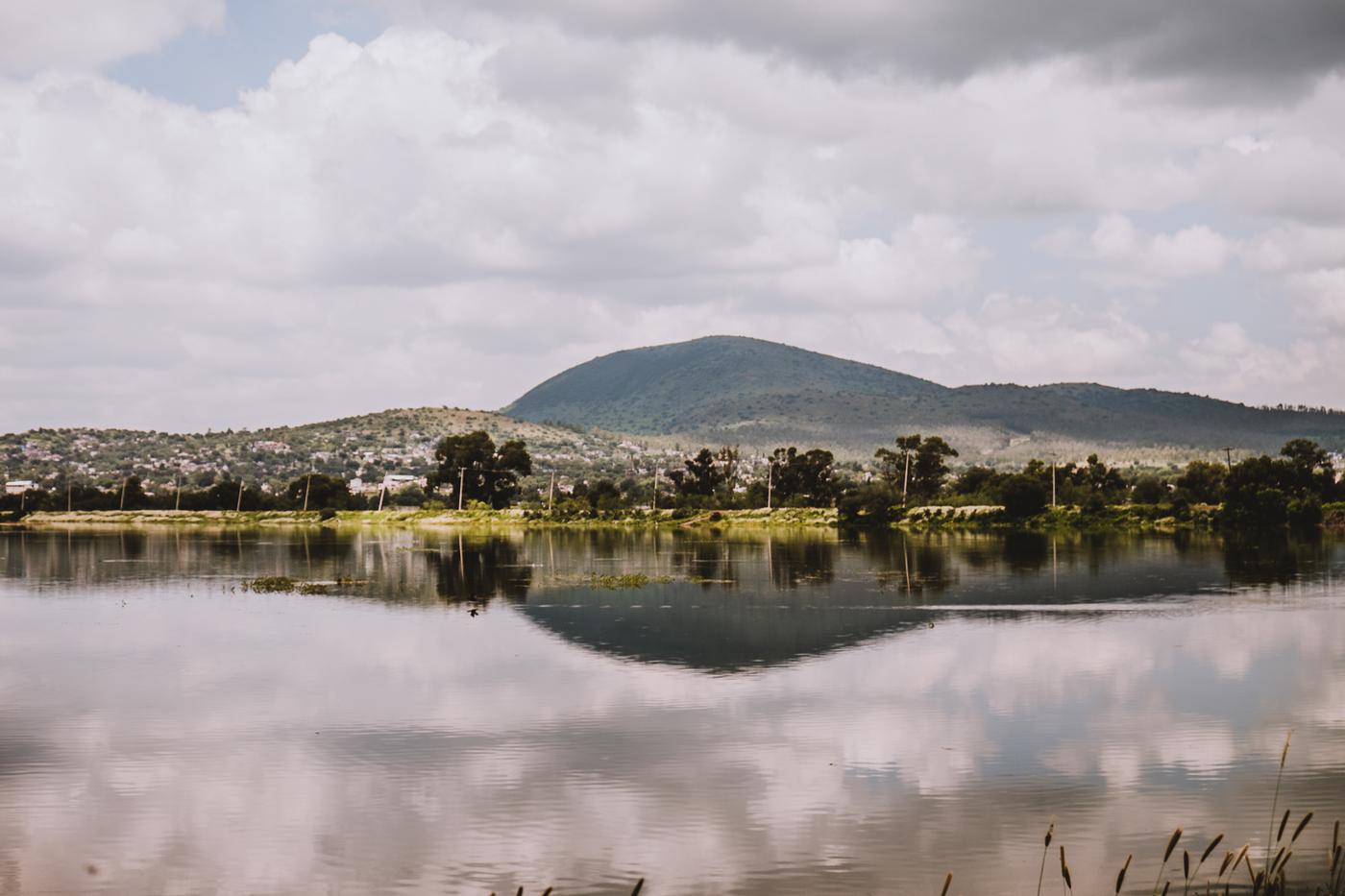