Back in 2020, Cjell Monē and I wrote about our friend Karl Artis‘ eclectic bike collection and his collaborative “Bikes for Buddies” fundraiser with Matt Whitman, which raised enough money to purchase fifty bikes for youngsters in need. Since then, Karl has added even more bikes to his personal cache, including an enviable custom mountain cruiser, and finally found a home for the youth bikes after months of pandemic-induced hiccups. I recently met up with Karl and a crew of other friends – who were fresh off a weekend of building and donating bikes – to check out Karl’s new cruiser and enjoy some metamorphic chunder on the trails of North Phoenix. 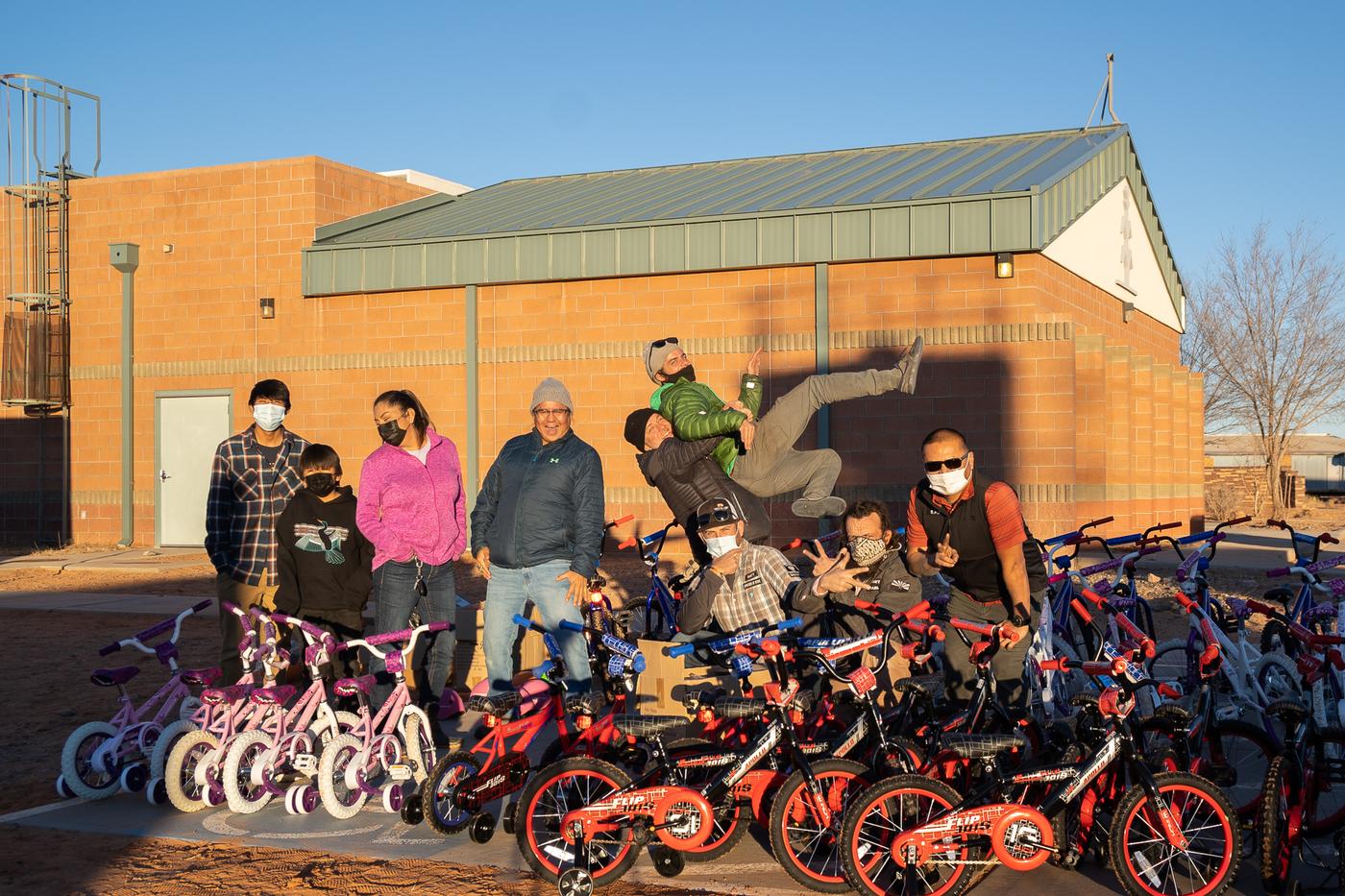 Bikes for Buddies go to the Navajo Nation

Karl originally planned to donate bikes to kids in Juarez, Mexico, but after a few attempts to make it happen Covid put those plans on the back-burner indefinitely. Fortunately, however, after nearly two years of having a garage full of boxed bikes in need of a home, Karl coordinated with our friend Jon Yazzie to distribute the bikes to kids on the Navajo Nation in time for the holidays. In early December, Cjell and Chris Reichel joined Karl, Matt, and Jon to build the bikes for distribution throughout the Navajo Tri-City chapters of Dennehotso, Kayenta, and Chilchinbeto. Council Delegate Nate Brown and his assistant Renae joined the crew in building up bikes and gave them a few pointers on how to properly shred sandstone on cardboard boxes. Thanks to Jon and Chris for the great photos – I wish I could have been there! After a weekend in Kayenta, Cjell and Matt accompanied Karl back to Phoenix to enjoy the Valley’s perfect winter riding weather. We all convened at James Rooke‘s house north of the city to gear up for a ride and put some finishing touches on the mountain cruiser Karl built up over the preceding few months. James is something of a klunker/cruiser senpai. Under the moniker Rusty Trucker he built Karl’s frame and a handful of others, including his personal blue shred sled and Matt’s rustbucket. 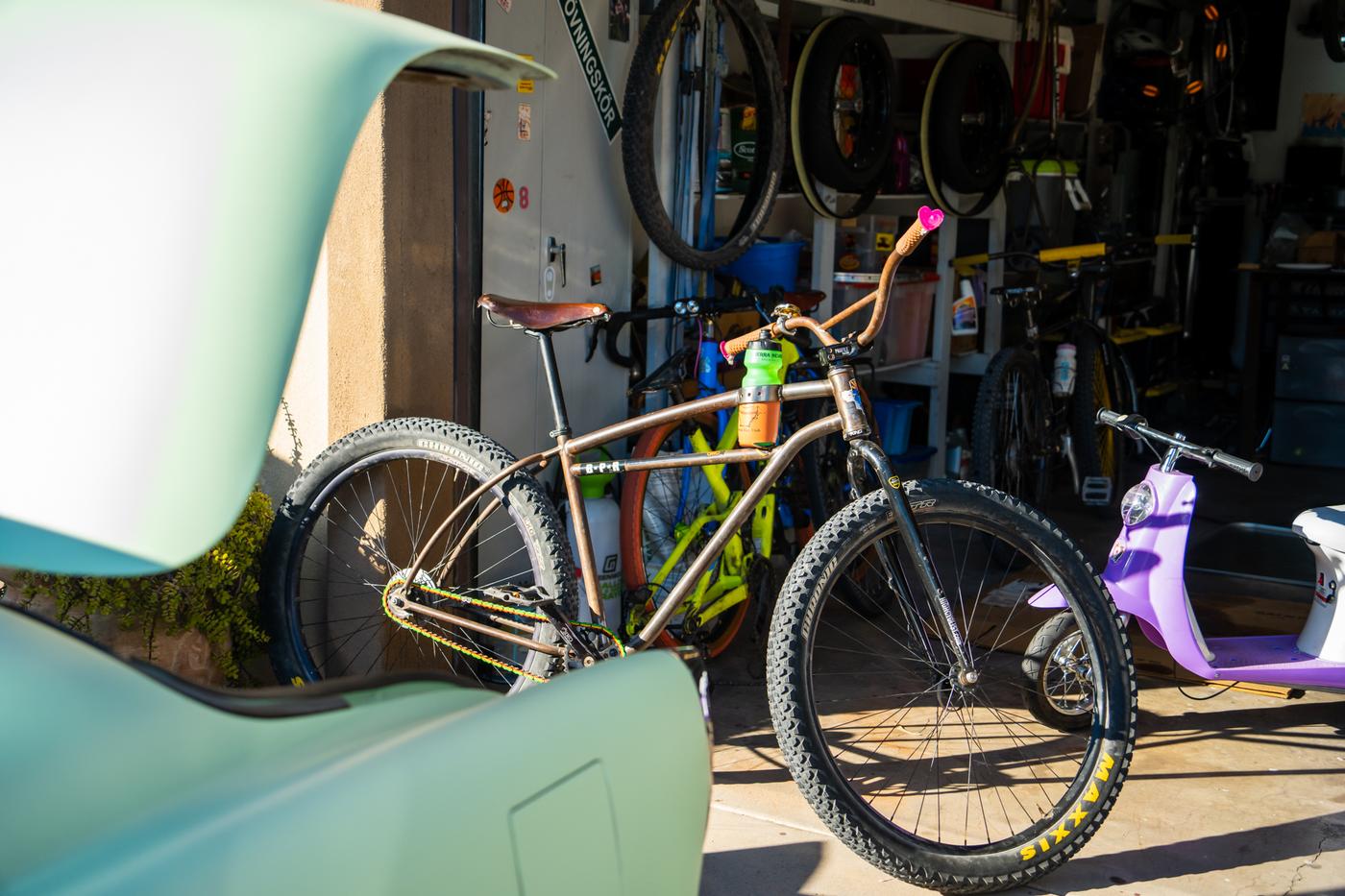 Collaborating with other southwesterners like Cjell, Rob Bauer, and Joe Daigneault over the years, James is part of a small group of aficionados committed to modernizing and refining the art of mountain cruising. But James isn’t building frames right now, so don’t ask! And James can ride, too. The trails in the Phoenix Mountains Preserve near where James and Karl live are steep with protruding granite fins that always seem to be pointing the wrong direction, often covered in a layer of loose cobbles and thick dust. But like a surfer kranking a perfect wave, James glides right over the variable terrain on his rigid 29+ cruiser with only a coaster brake to check his speed. In addition to demanding terrain, the Preserve has amazing views in every direction and no shortage of picturesque locations to stop for safety meetings. Visitors from New Mexico – particularly those who build their own fancy cruisers and delight in mean-mugging photographers – are known to enjoy the varied terrain throughout the Preserve. And from an accessibility perspective, the park is perfect for cruising/klunking. The interwoven web of trails link together many north Phoenix neighborhoods, making car-less commutes between friends houses, pubs, and taco stands a preferable alternative to boring ‘ol bike lanes. Karl can ride from NoPho, through Lookout Mountain Park, stop over at the home of his friend Brandon’s mom, and arrive at James’ place in Moon Valley with hardly any road miles. 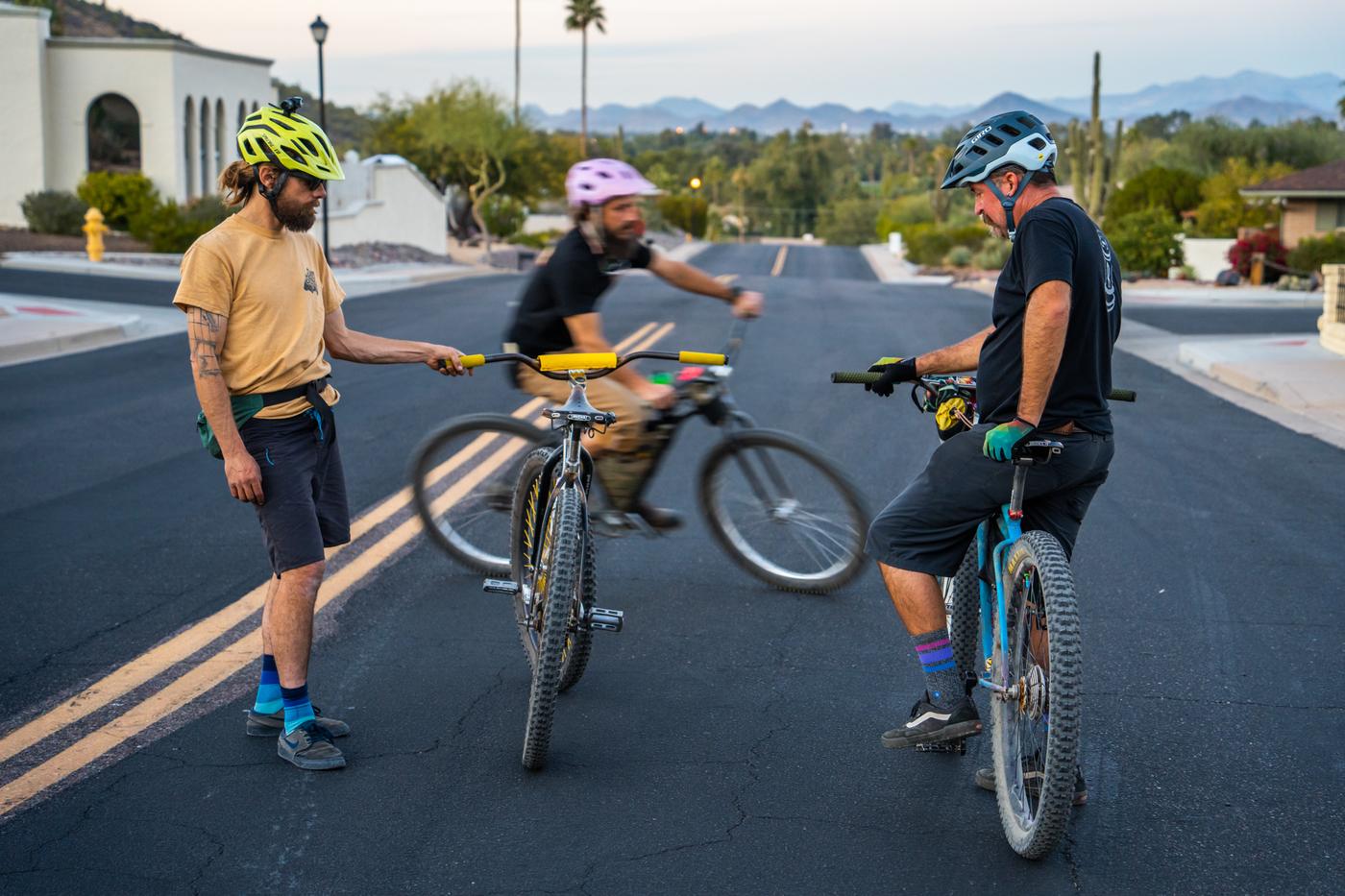 Early mountain bikes were typically coaster brake-equipped beach cruisers, or “paperboy bikes,” stripped of non-essentials (fenders, chainguards, etc) for the sole purpose of bombing downhill as fast as possible. Riders quickly adapted road bike derailleurs, thumb shifters, motorcycle handbrakes, and added knobby tires to improve efficiency, handling, and ride quality on dirt roads and trails. These purpose-built creations were known as klunkers. While, in the past, I’ve been inclined to generalize all coaster brake mountain bikes as klunkers, I think a more appropriate appellation for bikes like James and Cjell are building is mountain cruiser. There seem to be plenty of conflicting interpretations of this, so please share if you have a different take. 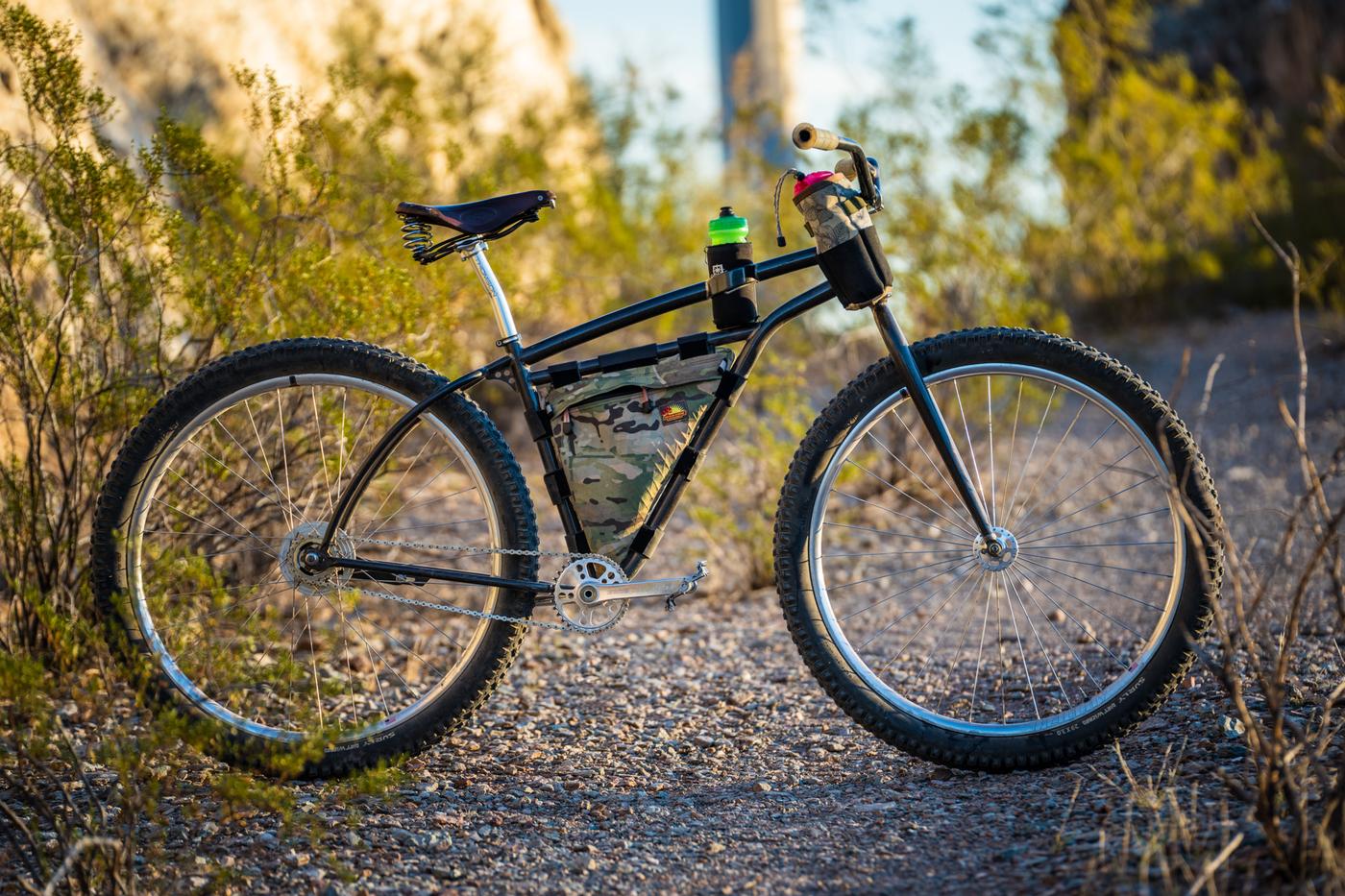 Paired with a stripped-down Salsa CroMoto Grande fork and Velocity Blunt rims the bike accommodates 29 x 3.0 tires, which are integral to enjoyable rigid riding on Phoenix’s chunky trails and beyond. 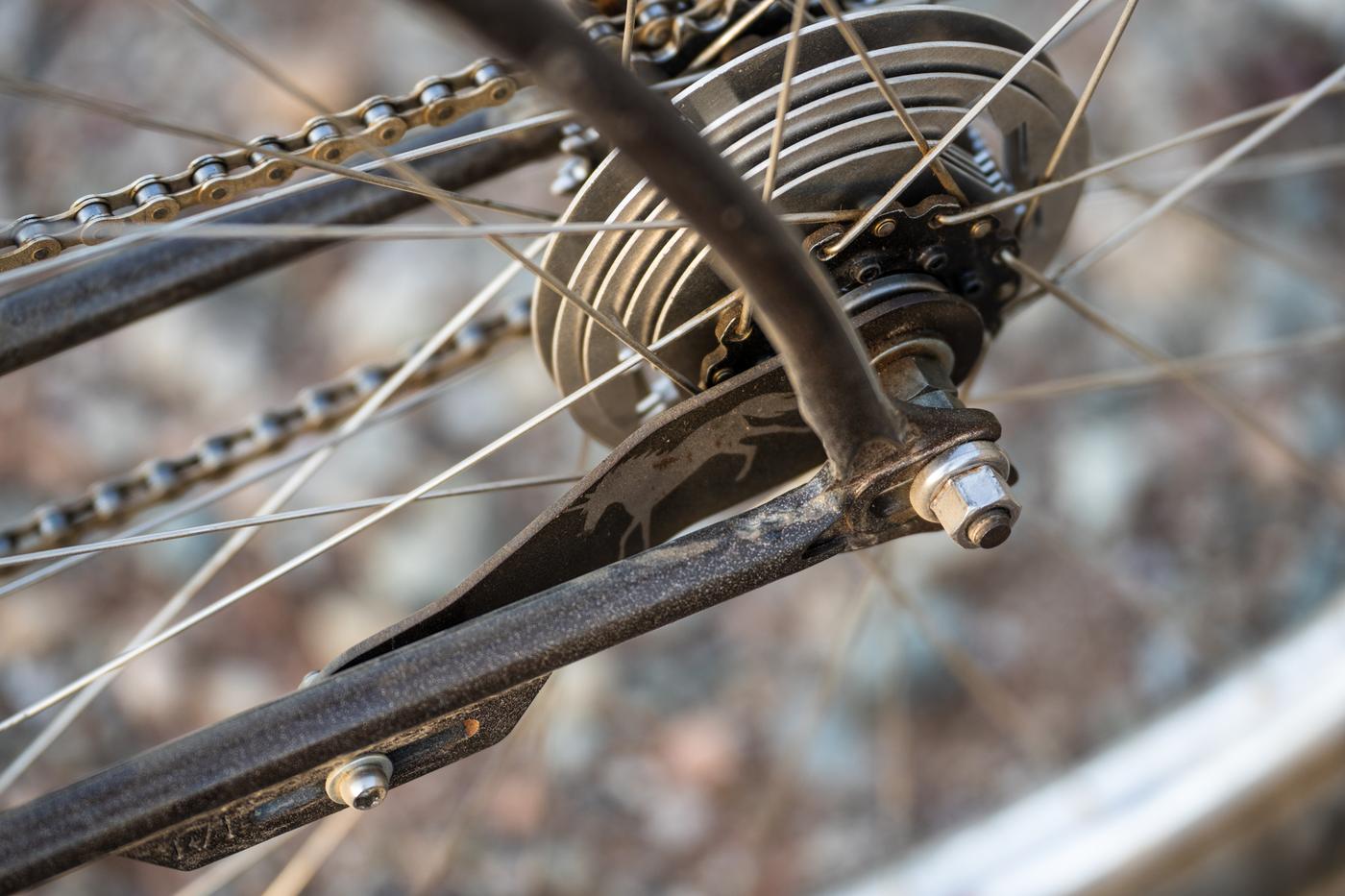 The coaster brake wheelset, built up by Monē Bikes (with years of collaborative R&D input from the folks mentioned above) is essential to modern cruising, as its design significantly reduces bearing repack intervals. The Shimano 110 hub features a beefed-up axle, special bearing grease, 32-hole flange adapter, and cooling fins to dissipate heat away from the hub’s core. 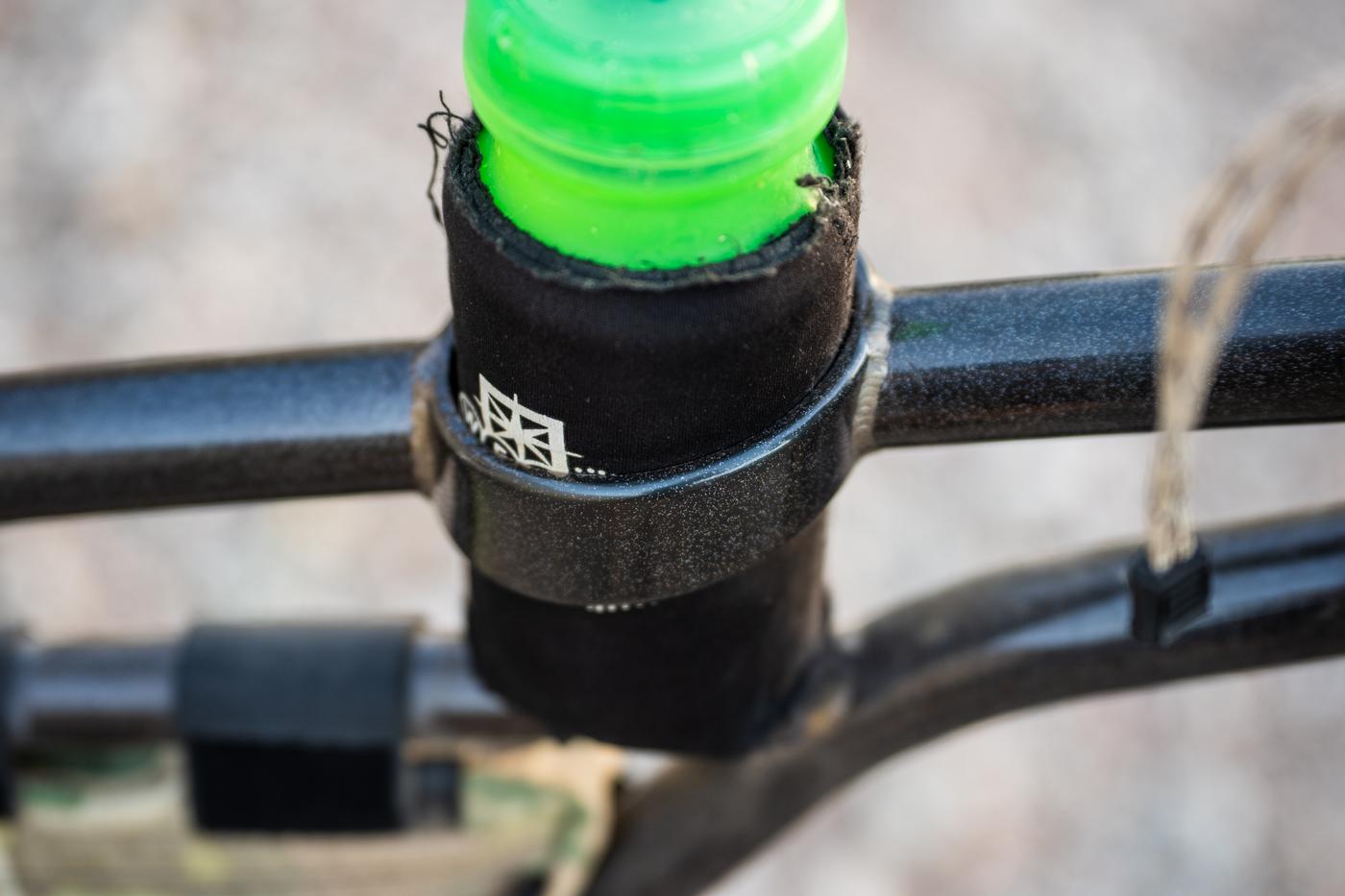 If you were thinking this paint job looked similar to those you’ve seen on some of Cjell’s bikes, you would be correct. Karl obtained this bike second-hand and stripped everything down, including its original purple paint job, before building it back up to its current incarnation. Since he coordinates most of Monē’s finish work, he applied his favorite Turbo Midnight base color with a sparkle clear coat for additional retro vibes. 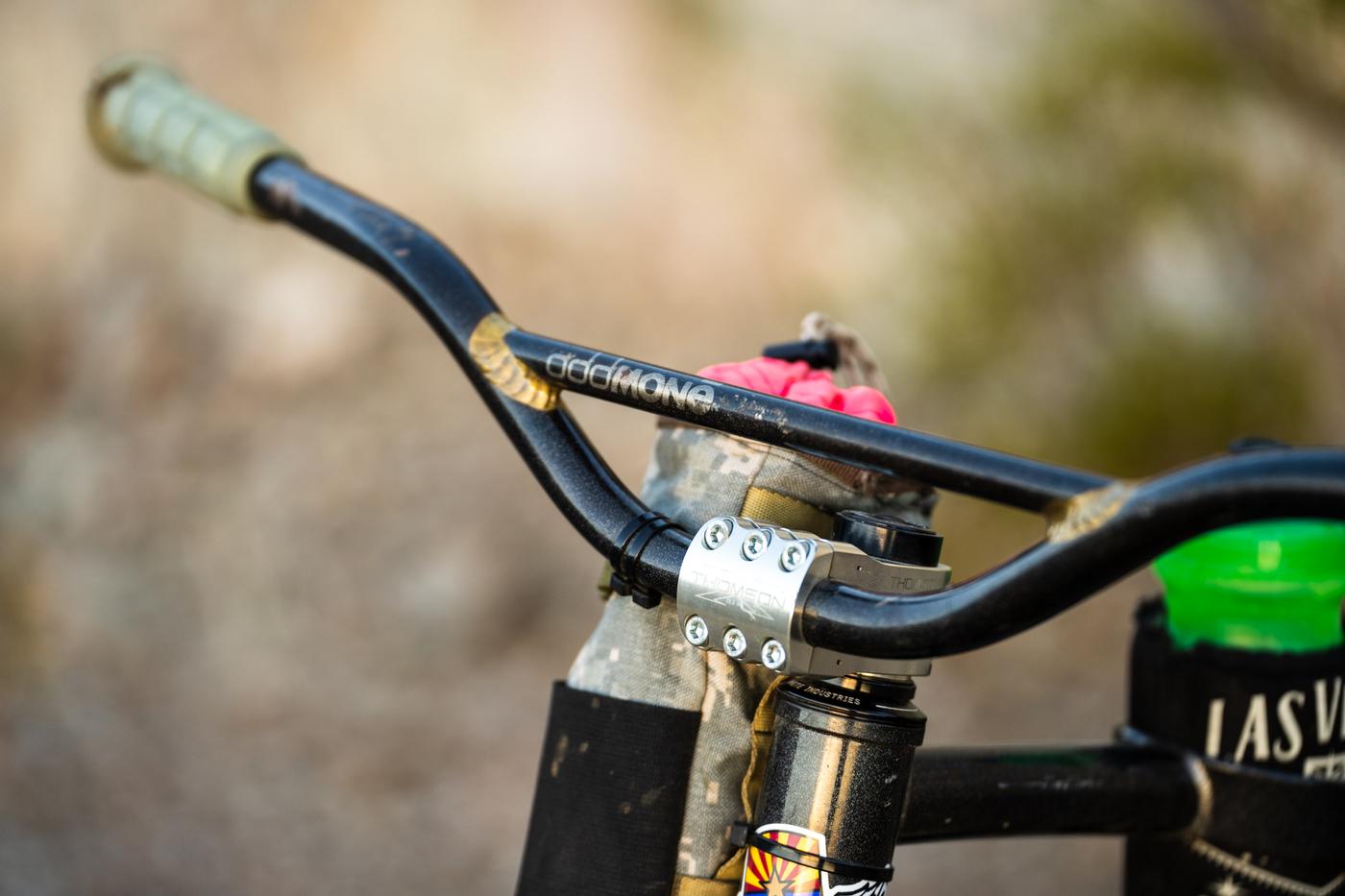 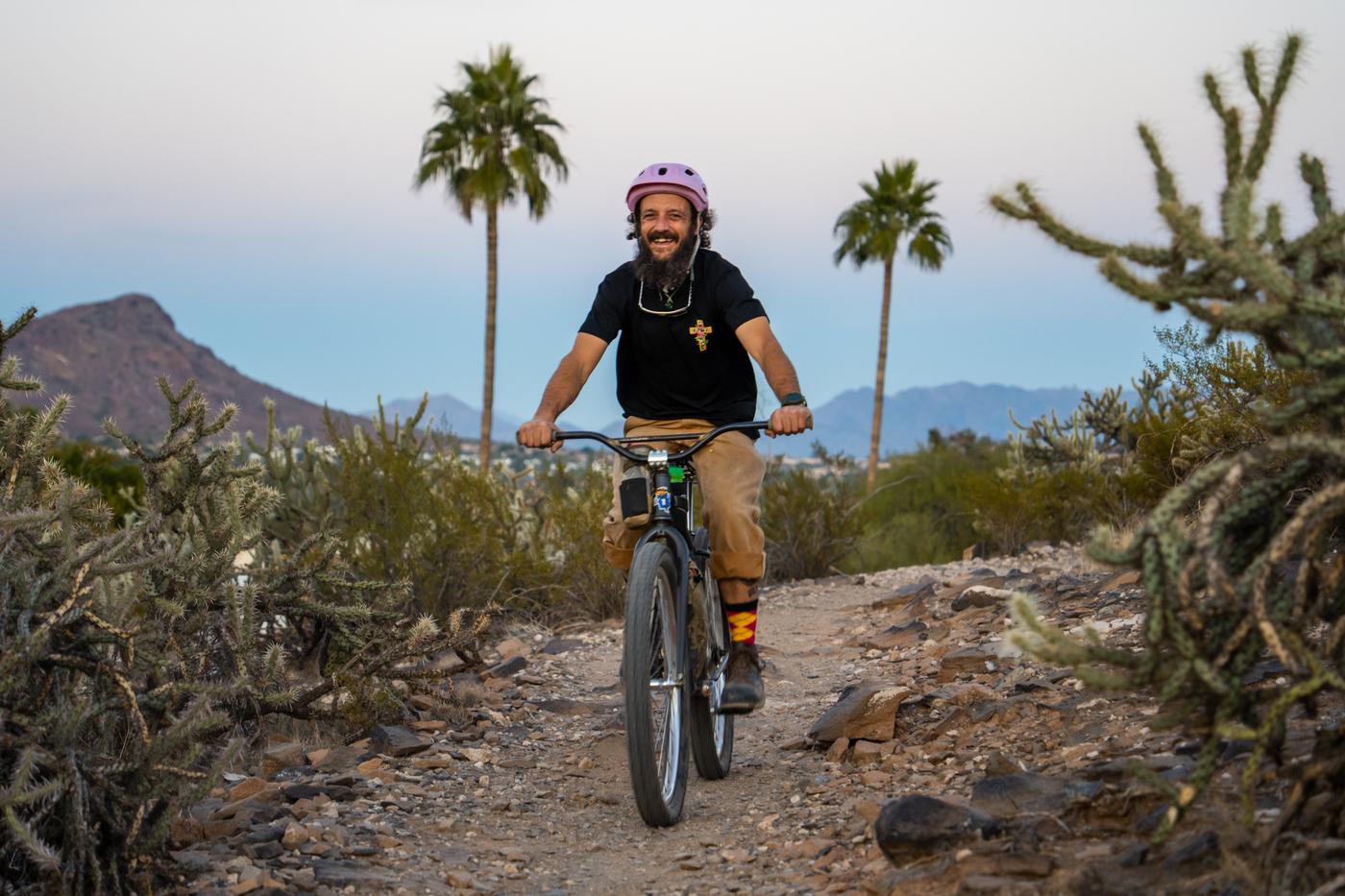 It’s no secret that around here at The Radavist – while we love new tech and cycling innovations – we share an appreciation for a bygone era when things were a bit simpler. Perhaps in the case of cruisers, klunkers, singlespeeds, and vintage mountain bikes, it’s an attempt to reconnect with childhood experiences of cruising around the neighborhood and local trails with friends, unencumbered from mid-life obligations and responsibilities, and pure satisfaction of riding a bike with minimal parts and few potential points of failure. It’s also likely that this connection to the distilled essence of cycling is what motivates folks like Karl, Matt, Cjell, and Chris to pay it forward and share their excitement with kids that might not otherwise have the same opportunities.