With no timed events, starting lines, or race numbers women from all walks of life were immediately attracted to the notion of a gravel event for and by female-identifying cyclists. The inaugural GGG Festival brought together 250 women from 34 states and Canada. This gathering clearly demonstrates that women are not only interested in gravel cycling, they are actively seeking opportunities for growth and development. A focus of cycling that is usually reserved for up-and-coming cyclists. To this end, more than 73 percent of the GGG Festival attendees were over the age of 40. 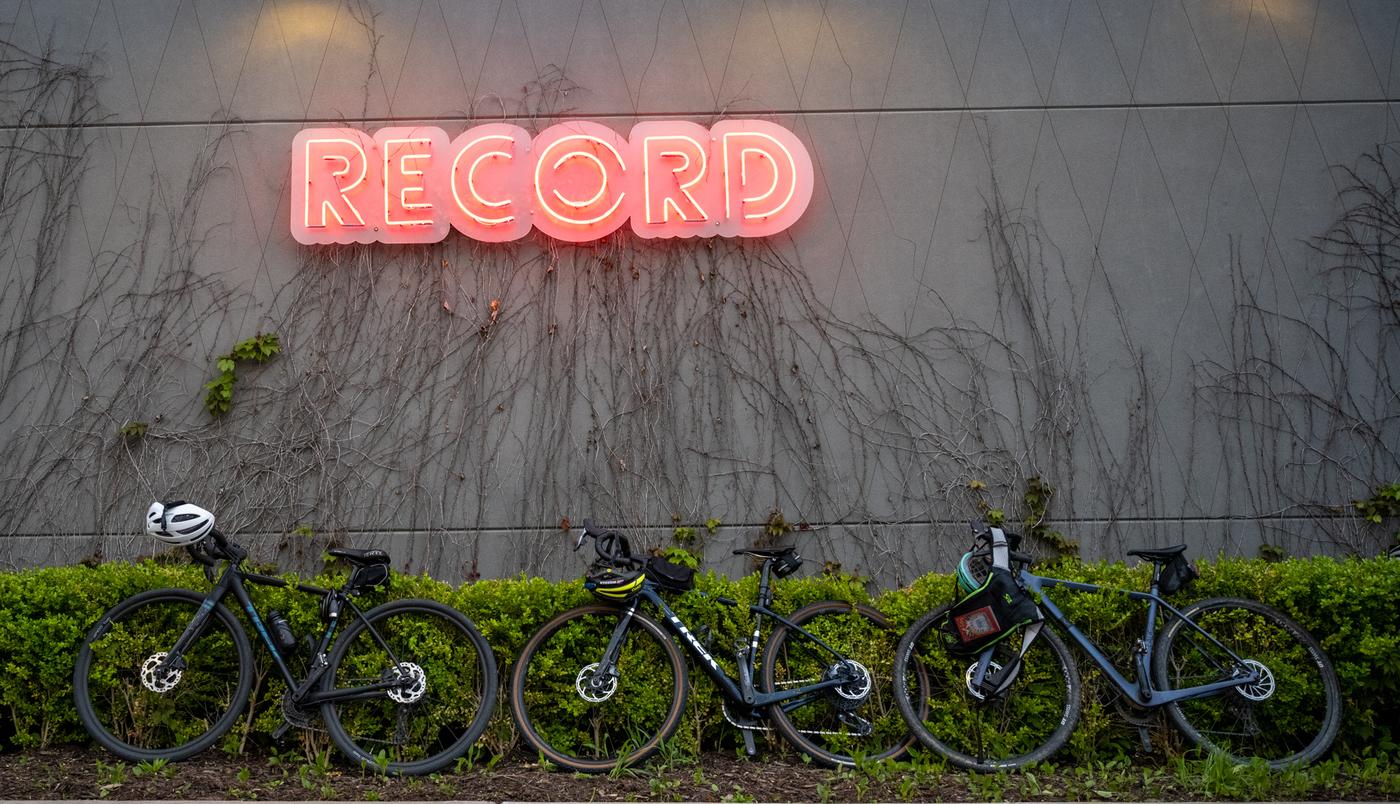 Billed as a safe and inclusive space, the festival kicked off Thursday afternoon in the heart of the city at Record Downtown. With some hearty hors d’oeuvres and an open bar, attendees filed into the space, and like a well-oiled chain, connections seemed seamless and effortless. Laughs and pictures were followed by a panel lineup prepped to inspire even the most ardent critics. Helmed by the winner and fastest known time finisher of the Arkansas High Country race, Scotti Lechuga, former professional mountain biker and literary extraordinaire Selene Yeager, co-founder of All Bodies on Bikes and self-described “fat adventure cyclist” and advocate Marley Blonsky, and bookended by Velocio Exploro gravel racer, cycling advocate, and mom Taneika Duhaney. 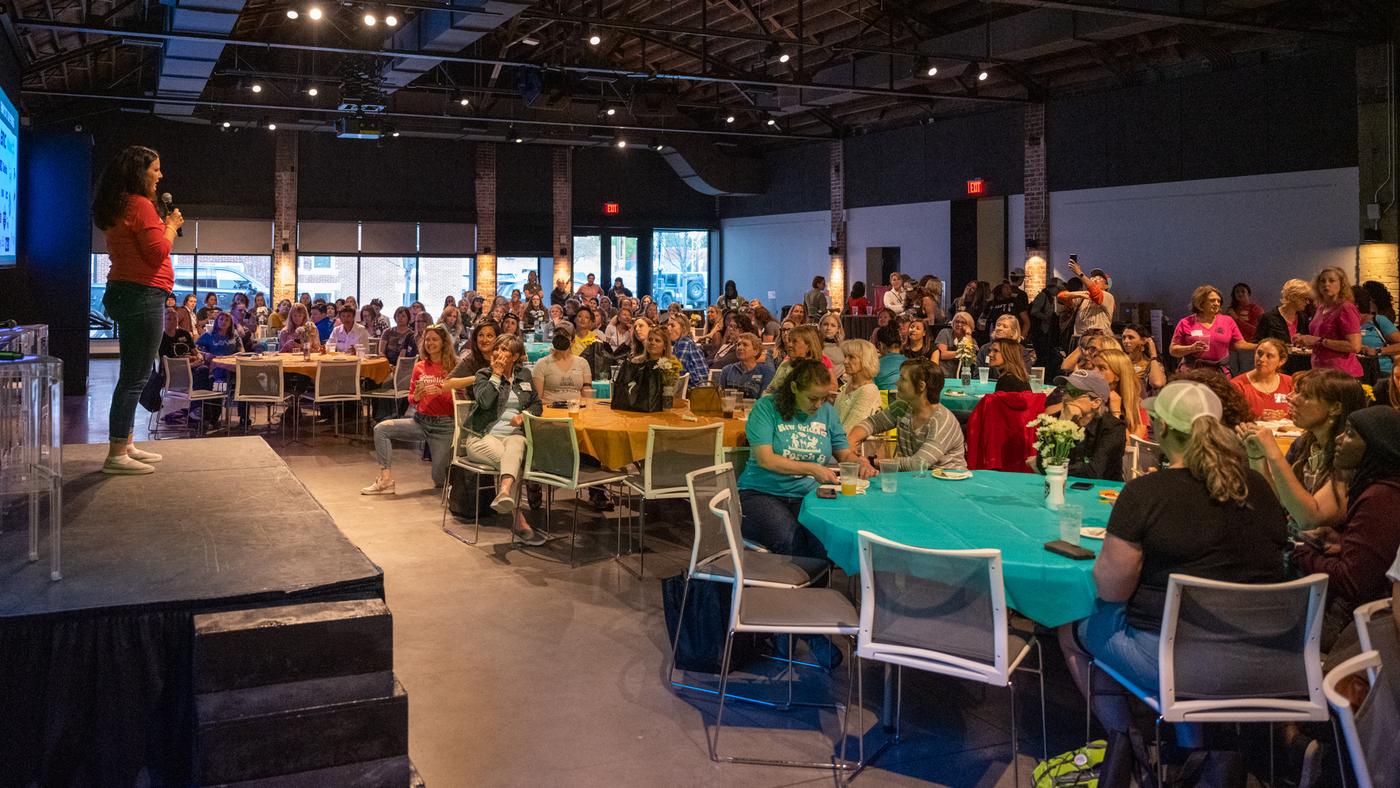 Thankfully, panel discussions were not the run of the mill. Matter-of-fact questions were met with parallel responses that garnered full-bellied laughs out loud and applauses. If the kick-off was an indication of things to come, then all 250 cyclists were in for a treat. 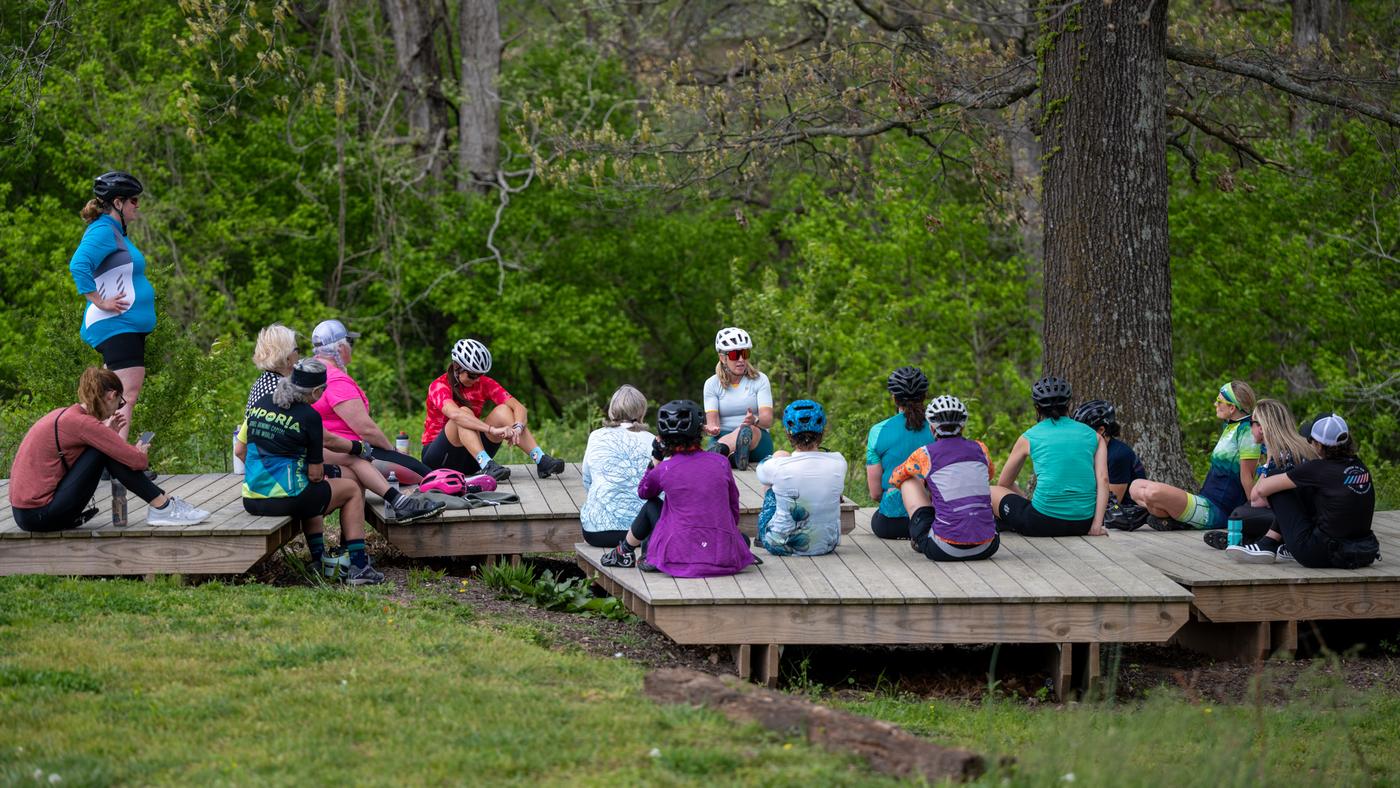 If what happens in Vegas stays in Vegas, then what happens at gravel festival stays at gravel festival. Well, good thing we’re not in Vegas. Friday offered something for everyone and I do mean everyone. After some quick housekeeping, coffee, and more networking women were free to choose from a litany of events. As a gravel gathering, the agenda included the obligatory bike skills clinic however, this came with a twist. Clinic hosts included none other than Scotti Lechuga, Kristi Mohn, Selene Yeager, and 8-time Champion of Québec and 3-time Canadian National Championship podium finisher Lex Albrecht. Taylor and Ross delivered! 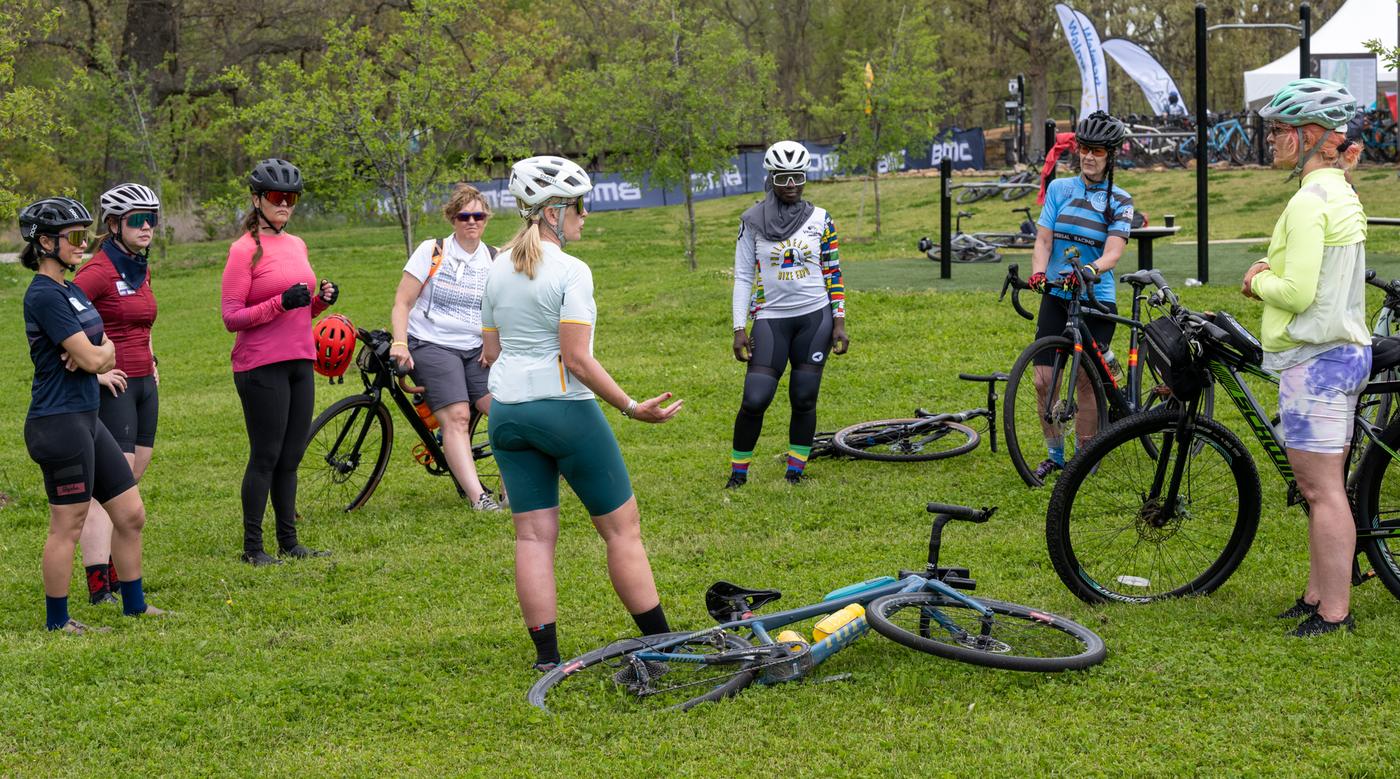 These pros covered everything from cornering in tight areas, ascending and descending on gnarly gravel, navigating river crossings, single-tracking, and body positioning.

In addition to skills clinics, Brooke Goudy gave a Ted-esqe talk on bike packing and her adventures on the Great Divide, Casey Wytaske demonstrated how to keep your bike running smoothly, and Velocio Exploro gravel racer and expectant mom, Caro Poole, covered all things nutrition. 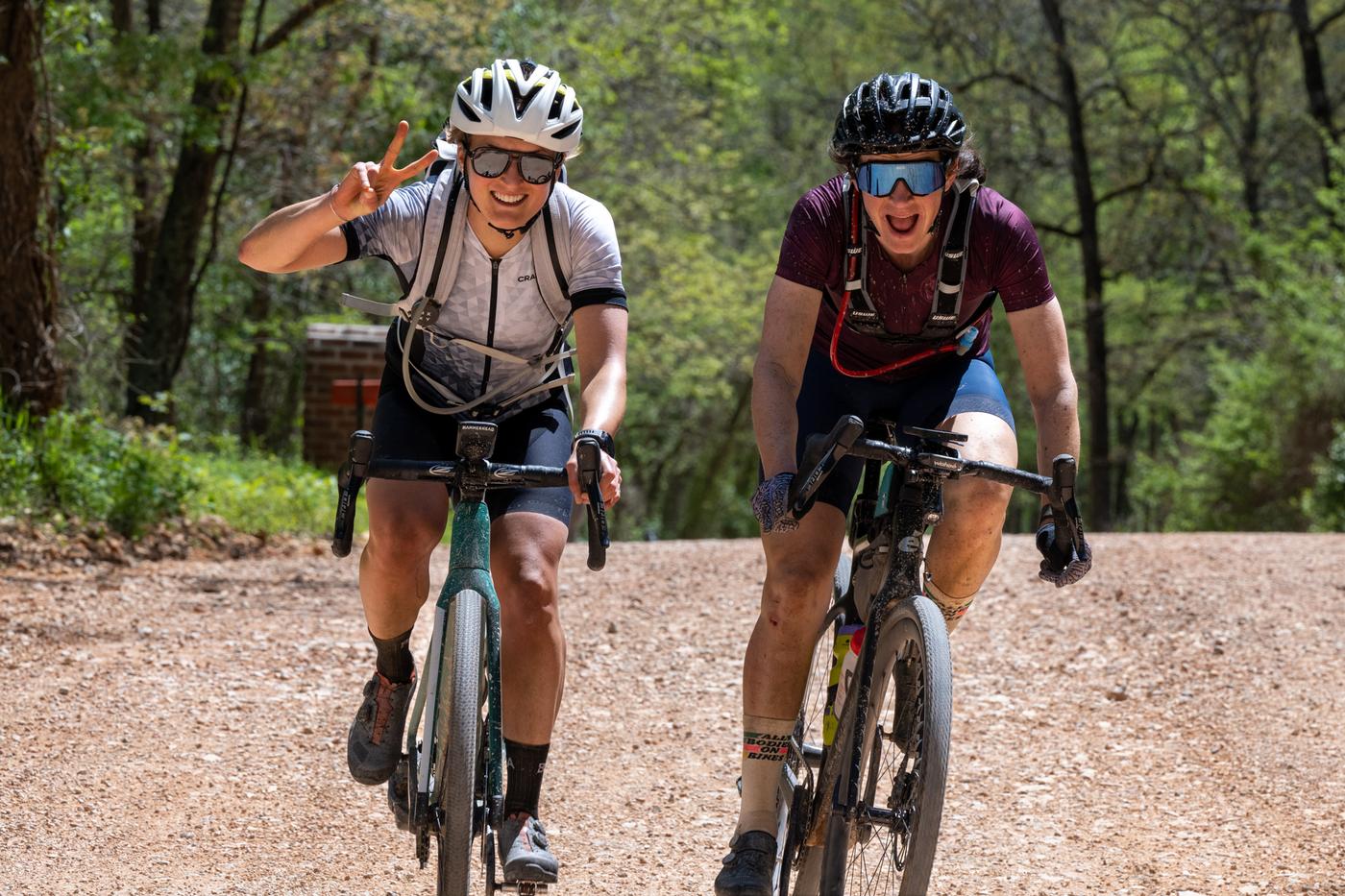 Wait folks, the agenda continues. The organizers made sure that in addition to covering the nuts and bolts of cycling, they also wanted to address, some sensitive issues. Issues that not only make women uncomfortable but often push marginalized women out of cycling.

Let’s talk about sex. Yes, let’s! But not only sex, let’s also talk about race and fatphobia, and other things that make the patriarchy uncomfortable. The shared experiences of Brooke Goudy, Marley Blonsky, and advocate and founder of Queer Gravel, Abi Robbins, led to several sensitive yet often dismissed or glossed over concerns such as how to really be inclusive, not just saying that your ride is inclusive or that a bike shop is inclusive but also making tangible shifts that extend beyond having one person of color or replacing a male with a female and dubbing that as real change. Honest conversations about what diversity really looks like beyond color. Body positivity is another touchy subject. Blonsky reminds everyone that “she is a fat cyclist” because she is fat and a lot of people are and the cycling industry needs to accept such a reality. They touched on everything from clothing size inclusivity to how to make space for the LGBTQIA community. Friday was a full course meal with something for everyone but there was more to come. 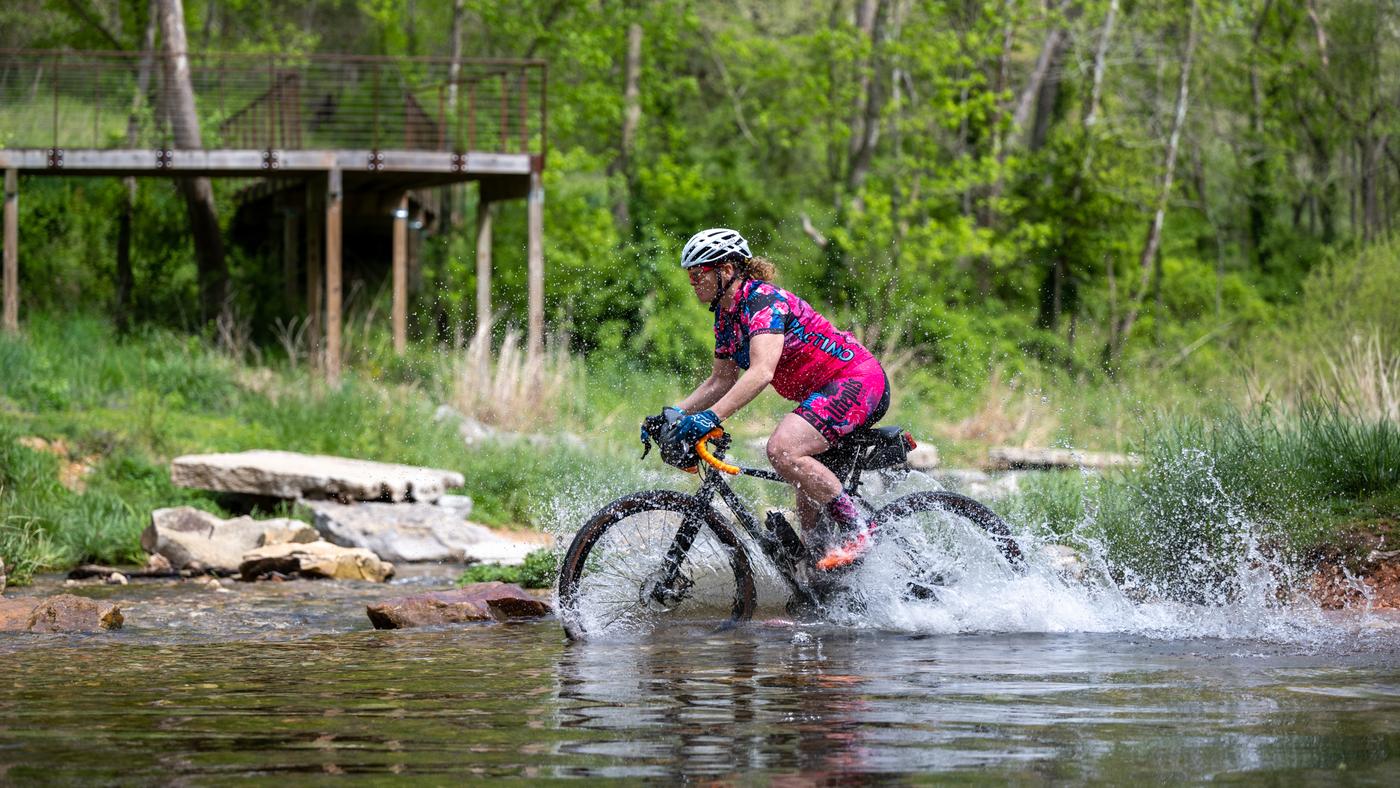 Saturday, the last day of the Festival, was riding day and if you were up for it there was much to choose from. Overnight downpours and some lightning activity gave cause for pause but the weather soon cleared. Riders were given the option of 62-miles with 4,250 feet, 45-miles with 2,660 feet, or 30-miles with 1,665 feet. With each route offering 75 to 80 percent gravel, riders had their work cut out for them. After the rides, the Festival wrapped up with an afterparty at Bike Rack Brewing. Since the Festival, women have been reminiscing about their Festival experience on the GGG Facebook page. Everyone raved about the event and several found it hard to switch back to work mode the following Monday. Festival goer Linda Brocato drove “40 hours roundtrip through 13 states with two women” she had never met before to get to Bentonville. They had such an amazing experience that she declared she “ended up with two friends for life!” Brocato felt that the Festival was much like a “summer camp for adults.” Another rider, Darla Turney Harb shared that the Festival “was like a big timeout from life to bond, love on my friends, meet other people, ride bikes, [and] challenge myself.” As much fun as the attendees had, the featured guests were equally fulfilled. Kristi Mohn “loved that each woman took on a challenge and opened their heart and mind to learning. I loved watching the growth and improvement.” 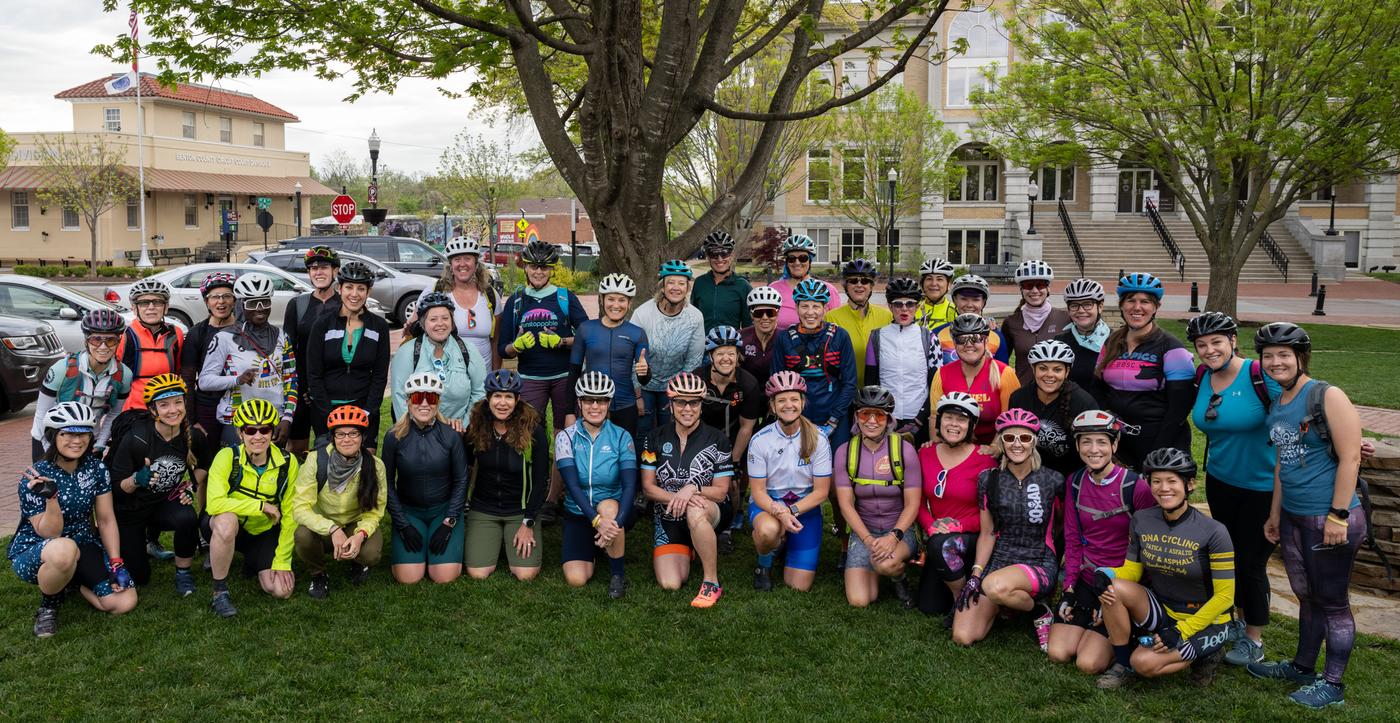 The Festival is done but the party ain’t over. This gathering is a clear indication that if you build it, they will come. But build it right. Don’t put lipstick on some dude’s bright idea and market it to women. Take the time to work with female-identifying cyclists, organizers, marketers, and presenters. While we wait for more non-competitive female-only gravel events, I’ll take this opportunity to ask Taylor and Ross when and where will the next Festival be?