These days, Stinners are everywhere, even all over the pages of this website and while it might feel like some kind of marketing conspiracy, with loads of money exchanged and bathtubs filled with gold coins, I can assure you it’s not. Since I moved to Los Angeles, I see more Stinners on the road and in the trails. Rightfully so, seeing as how their shop is located in Santa Barbara, just 90 miles north of LA and yeah, they make some pretty stellar bikes. 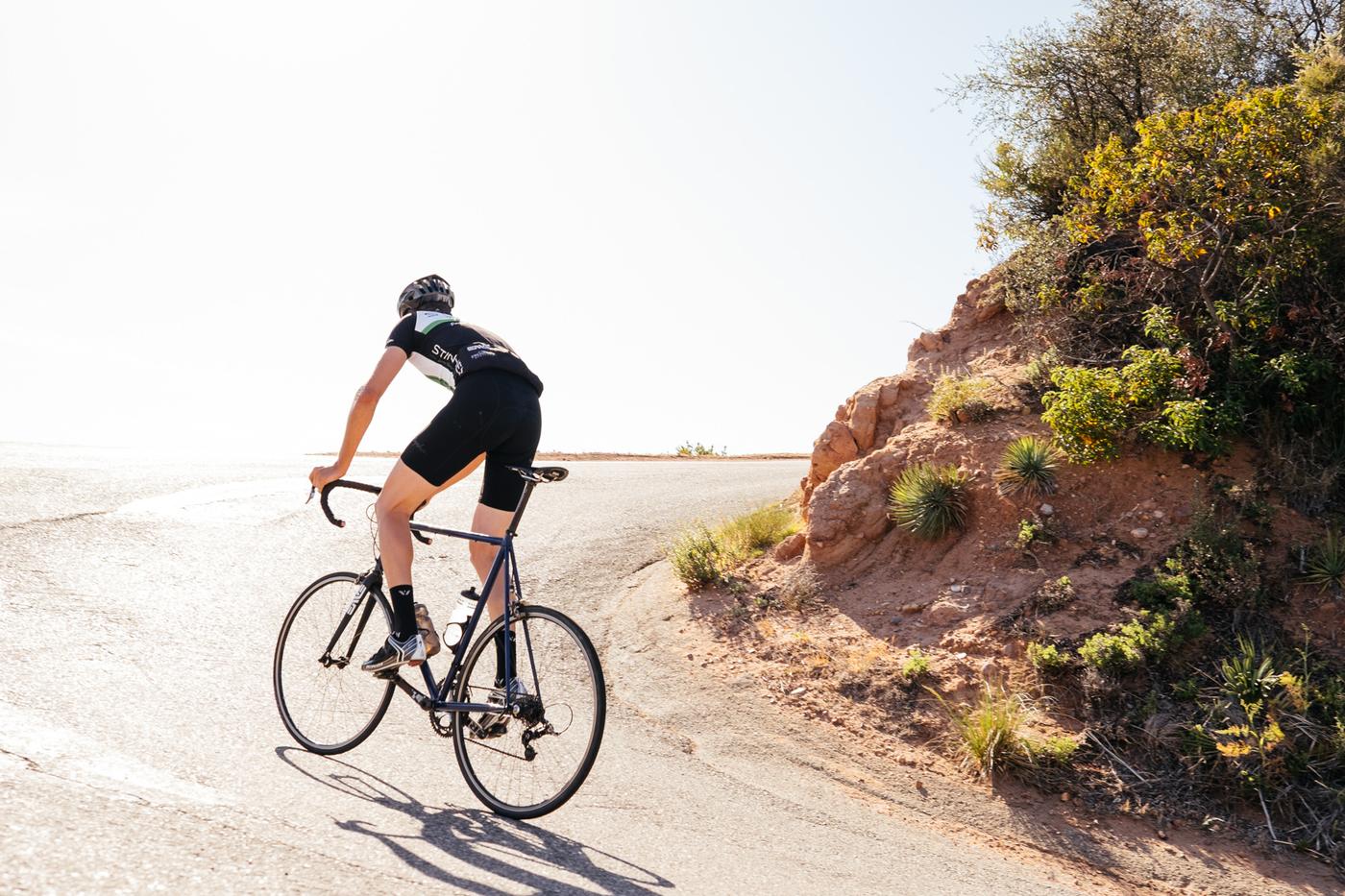 Life wasn’t always ombré faded road frames and crazy camo paint for Aaron though. In fact, the last time I visited him during the AMGEN Tour of California, he was working out of his garage, building frames one by one and riding bikes when he could. 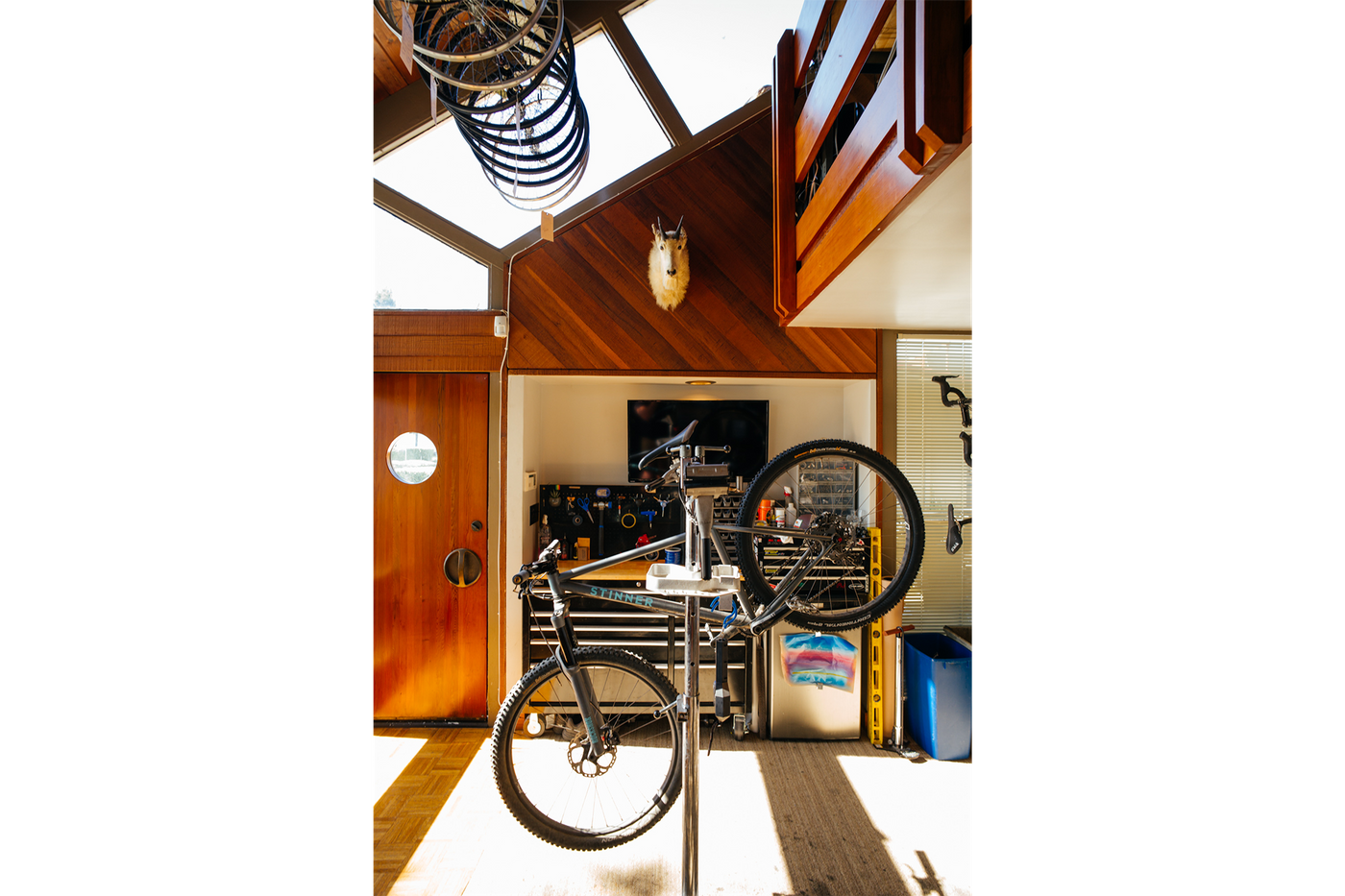 Then something changed. Aaron felt that in order to truly bring US manufacturing back to the States, that framebuilders have a duty to raise the bar and up their production. He began looking for spaces and settled on Goleta, a small town just North of Santa Barbara. He landed a space, half studio and half workshop and began hiring. 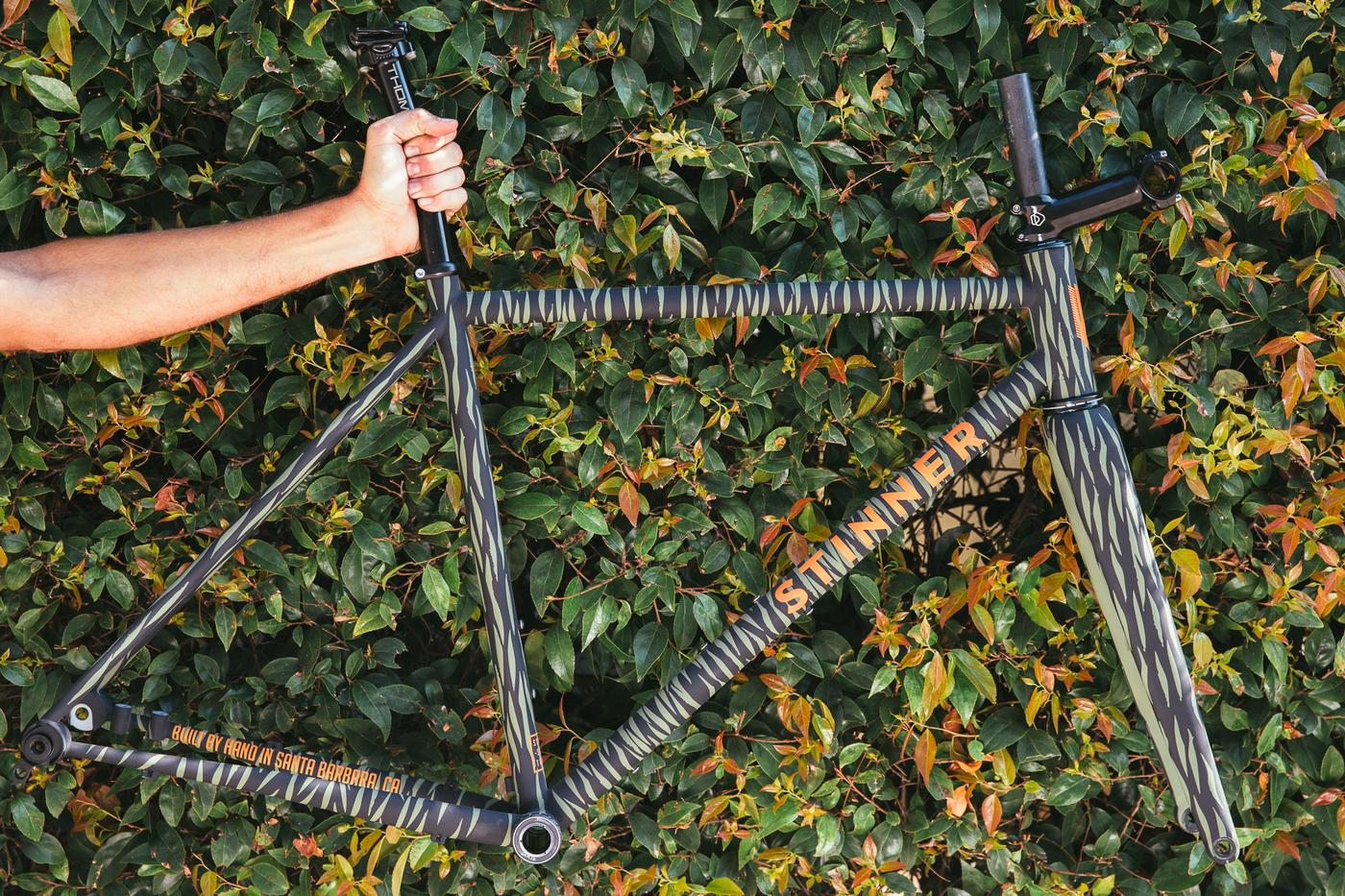 Now Stinner employs a number of talented individuals, all of whom offer something not only important but essential to the equation. These craftsmen each work a 9-5 job making cyclists’ dreams come true. Whether its a monster cross or a SRAM eTap road bike, the team at Stinner has streamlined the process of designing, fabricating and painting bicycles. There’s even a custom wheelbuilder sharing the space. 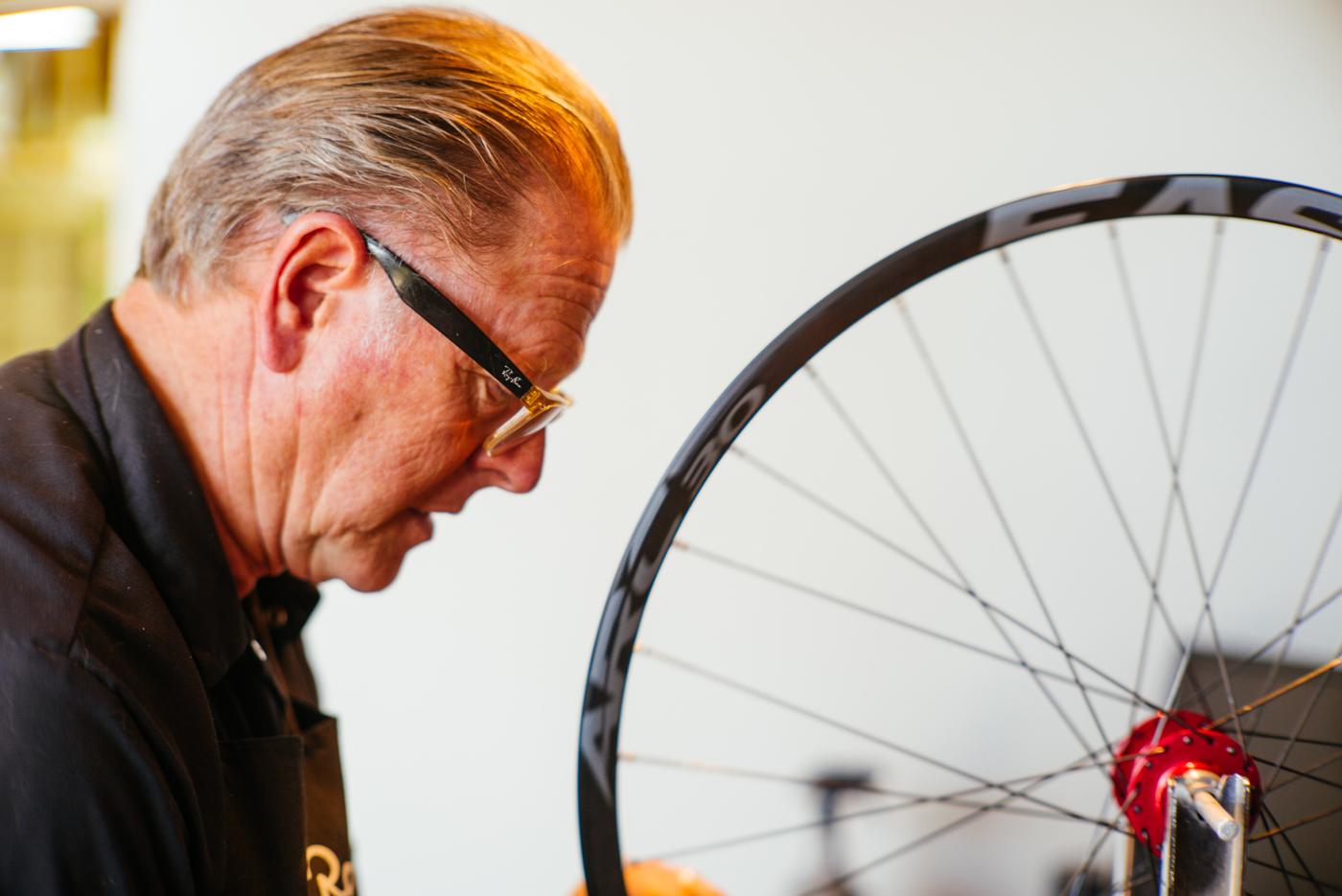 John Jones builds wheels by hand in the studio for both his and Stinner customers. 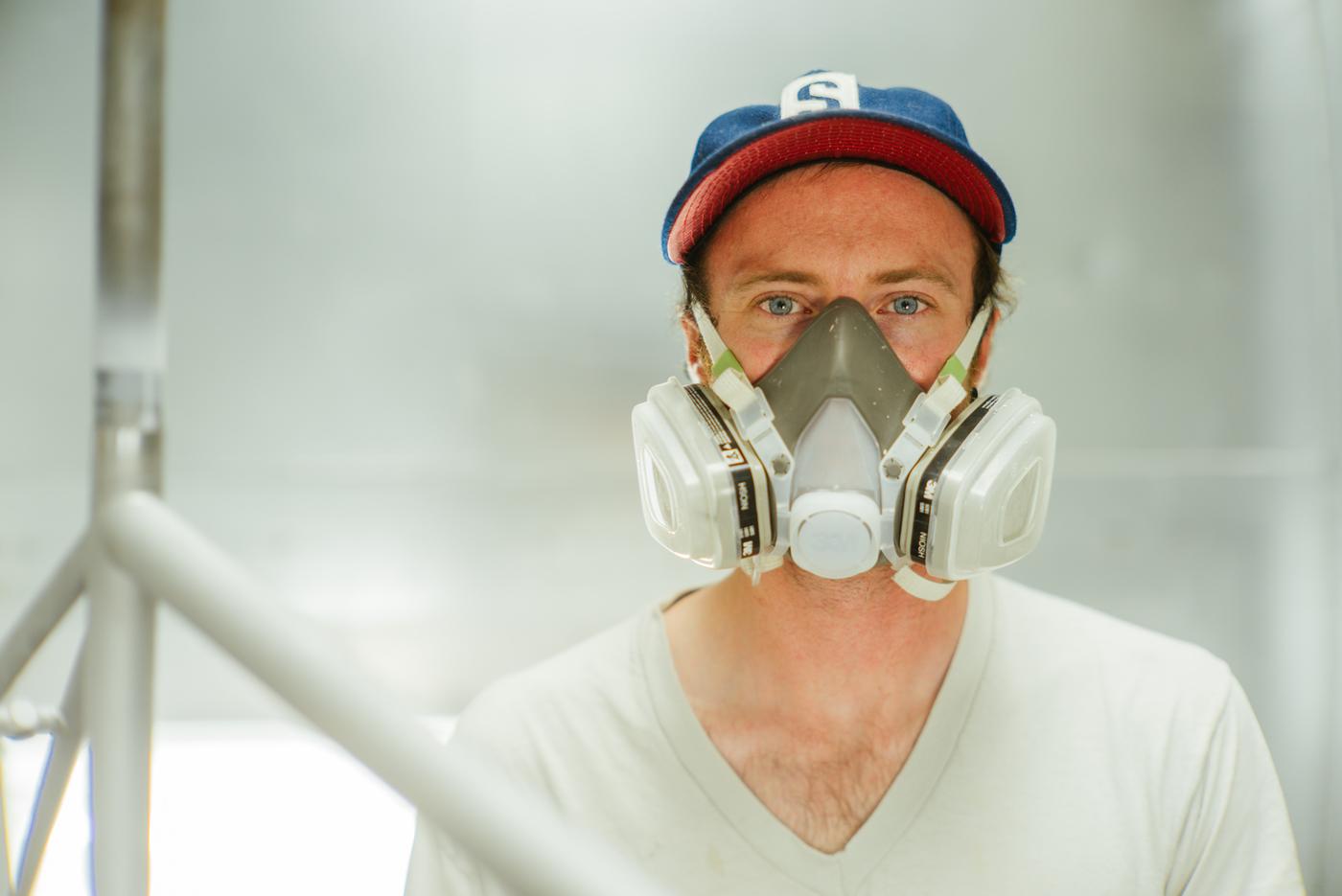 With in-house paint and design controlled by James Bellerue, Stinner’s game really upped the ante, yet as we all know, paint only masks the craftsmanship and in this case, Carlos, aka the Alloy Wizard has been laying down some mean beads! 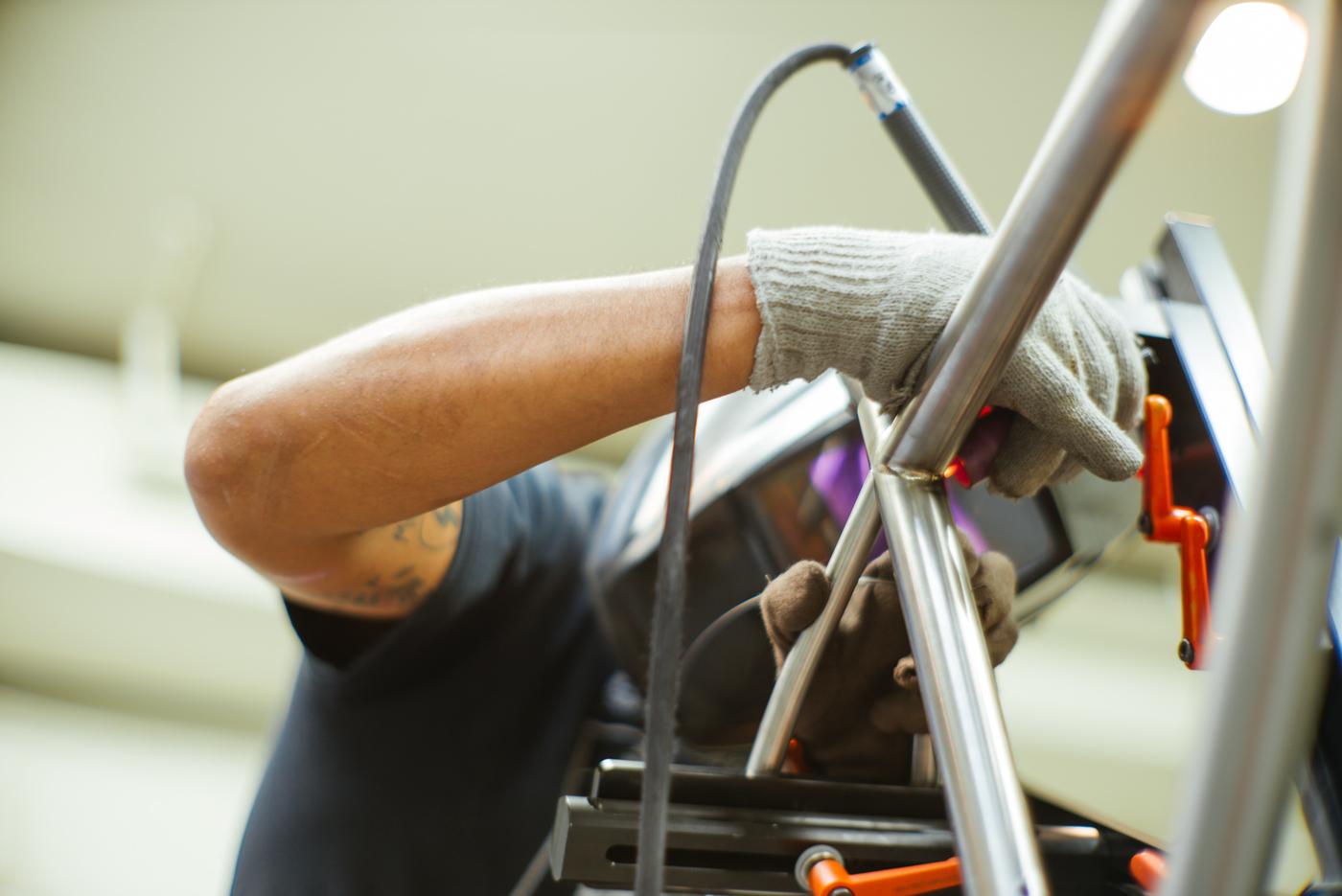 These two are only part of the team at Stinner. Aaron works with everyone to make sure the production is rolling smoothly. He’s also working on designing new bike models, one of which you’ve seen already with Kyle’s Red, White and Blue 27.5 ‘cross bike. Others include production road frames and a 27.5+ hardtail, my primary purpose of this visit.

There’s more to come and again, sorry if it feels like there’s a ton of Stinners on the site as of late, I just really admire what Aaron is doing and yeah, he is my local builder now! If you’re in Santa Barbara or LA and want to check out Stinner Frameworks, give Aaron and the boys a holler.