I’m sure most of you are familiar with WTB. They make tires, sealant, saddles, grips, and more, currently. Yet, WTB began as a much different brand, with its line of Grease Guard hubs, headsets, brakes, tires, forks, and yep, even bicycle frames! Started by Mark Slate, Steve Potts, and Charlie Cunningham, WTB has helped shape the mountain bike industry we know today. We already looked at the Banana Slug, which was used to display early WTB components and to showcase Steve Pott’s work but today we’ve got something different… One of the lesser-known WTB frames is the Wildcat, and today we look at a one-off prototype with words by Noah, a lifelong collector and fan of Wilderness Trail Bikes… The WTB Wildcat is a unique bike – a one-of-one prototype. As a bicycle, it is more a beautiful object than a desirable ride as the aluminum frame was never heat treated, raising the grave risk of catastrophic failure. Despite this, it is an important part of the story of mountain bike history. 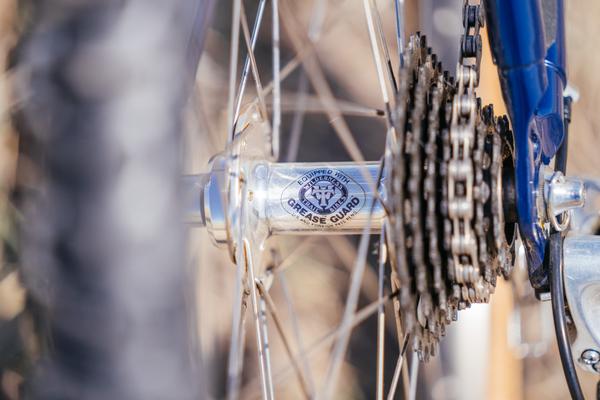 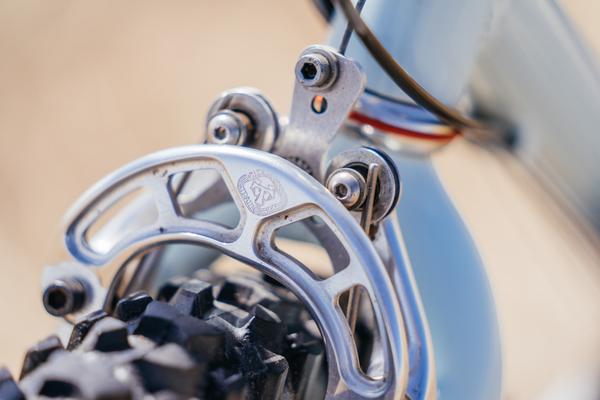 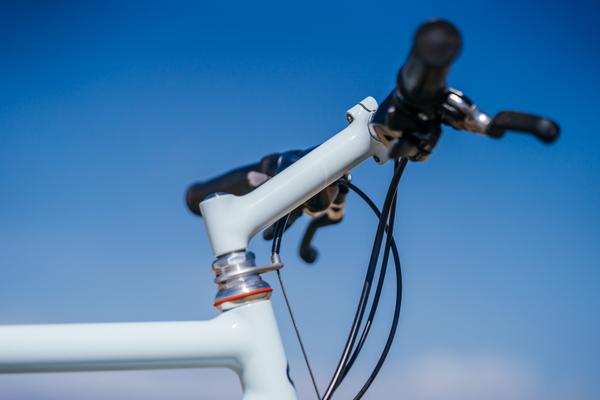 For WTB watchers in the mid to late 80s, the Wildcat was particularly mysterious. In those days, gear heads would scour magazines, hunting for clues about developments from the smaller companies that drove much of the development innovation for mountain bikes. Another source for information was the more conversational catalogs that makers would put out. Careful attention would be paid to news snippets and advertising. Bike media was riddled with obscurity. For example, a single picture in 1988 for the annual bike show in Long Beach “announced” the Wildcat.

In 1987 WTB had consulted with Trek on their bonded technology, where high-strength adhesives were used to bond aluminum tubes to steel lugs. During that year, the WTB factory team rode WTB-modified Treks. 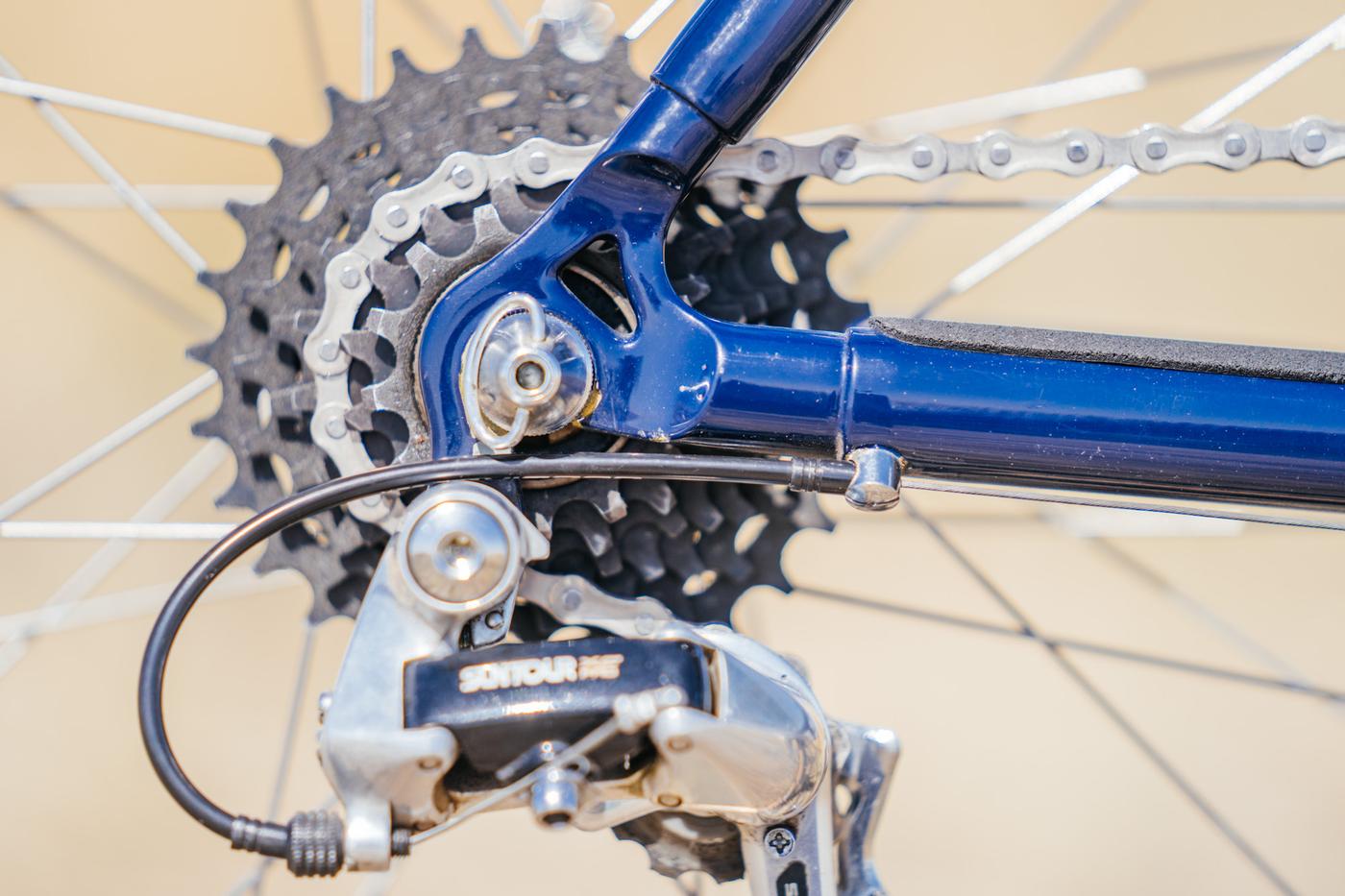 The Wildcat seemed to be the next evolution in that design trajectory. The idea was to have a WTB branded bike for the 1989 model year. The Wildcat prototype features a Charlie Cunningham-made main triangle and stays with a Steve Potts-built Type II fork, stem, and rear dropouts. The steel dropouts are bonded to aluminum stays! Yikes… 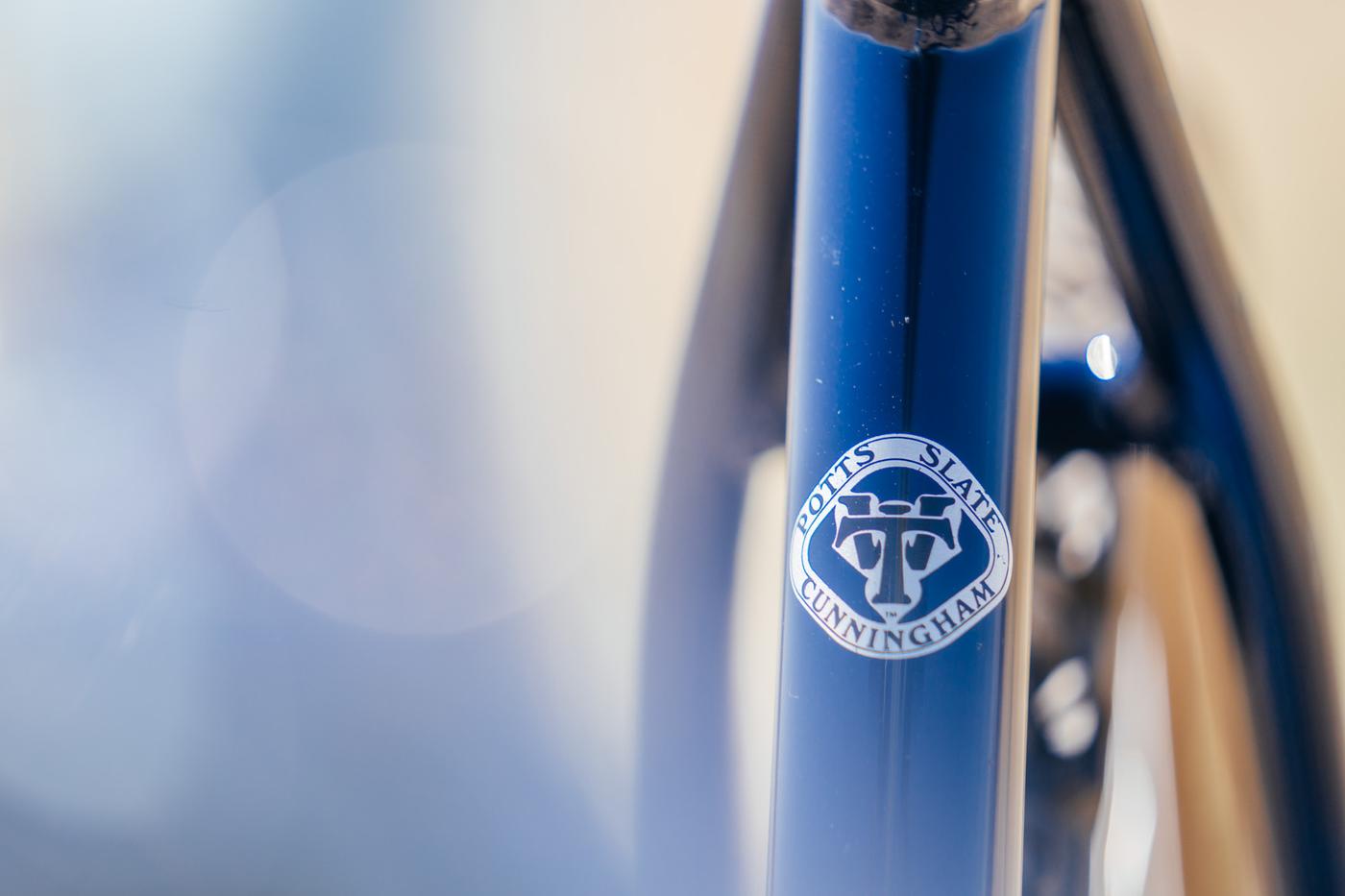 The prototype features a full complement of WTB components – the company’s primary product offerings – but also provided a WTB frame. Through their time at WTB, both Charlie Cunningham and Steve Potts continued to make their own branded bicycles. The Wildcat would allow WTB to have its own bicycle. 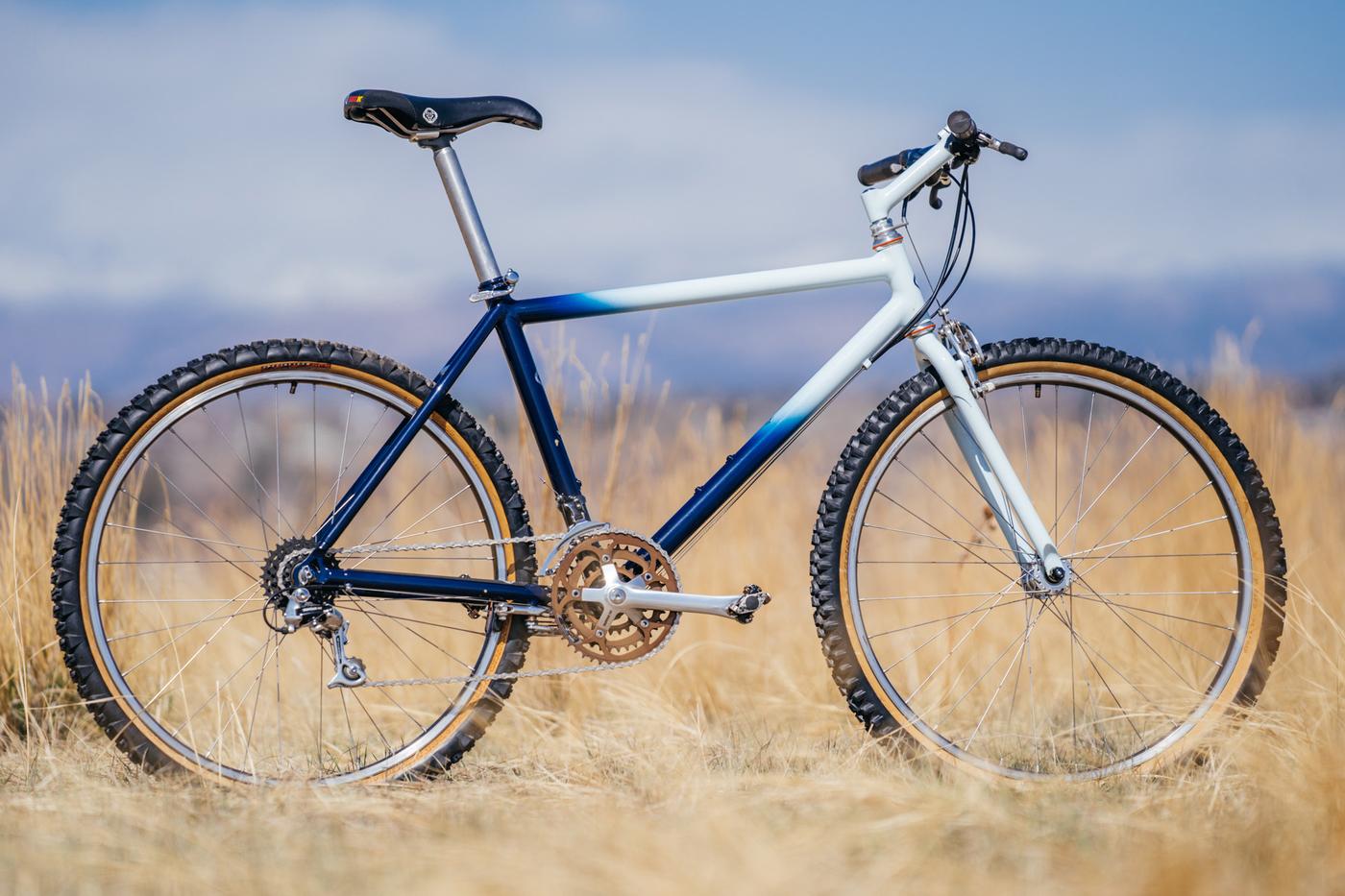 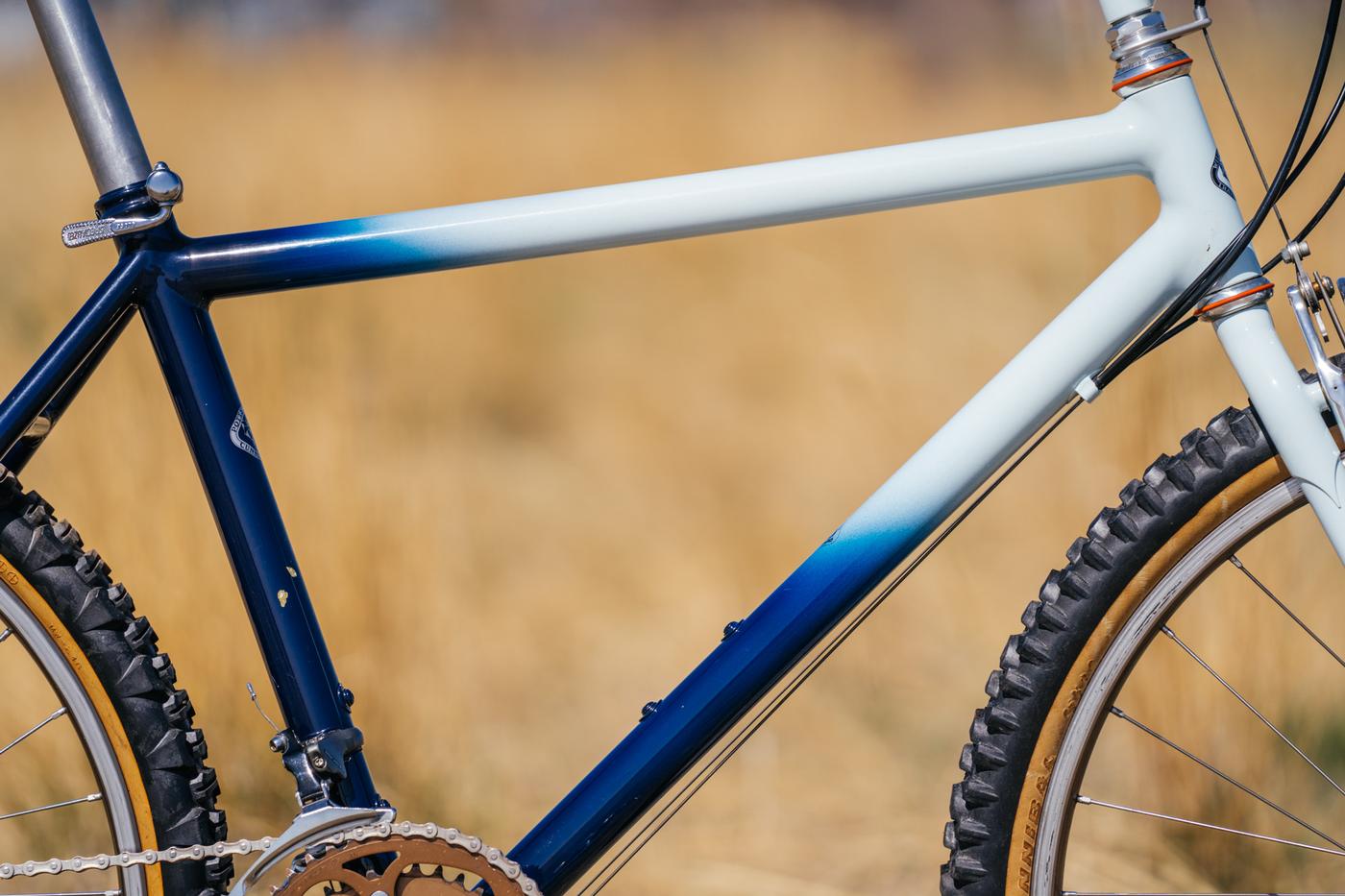 The Wildcat wasn’t the first attempt to create a less-boutique but still WTB-level bicycle. The first attempt was the Swift, an all-steel bike built by Steve Potts with a mix of WTB and mass-lower cost parts (e.g., instead of WTB Rollercams, the Swift used Suntour brakes). Unlike the fully brazed Steve Potts bicycles, the Swift was built with a mix of TIG-welded and brazed joints. Finally, the Swift used the lower cost unicrown fork rather than an iconic Potts-built Type I or Type II fork. 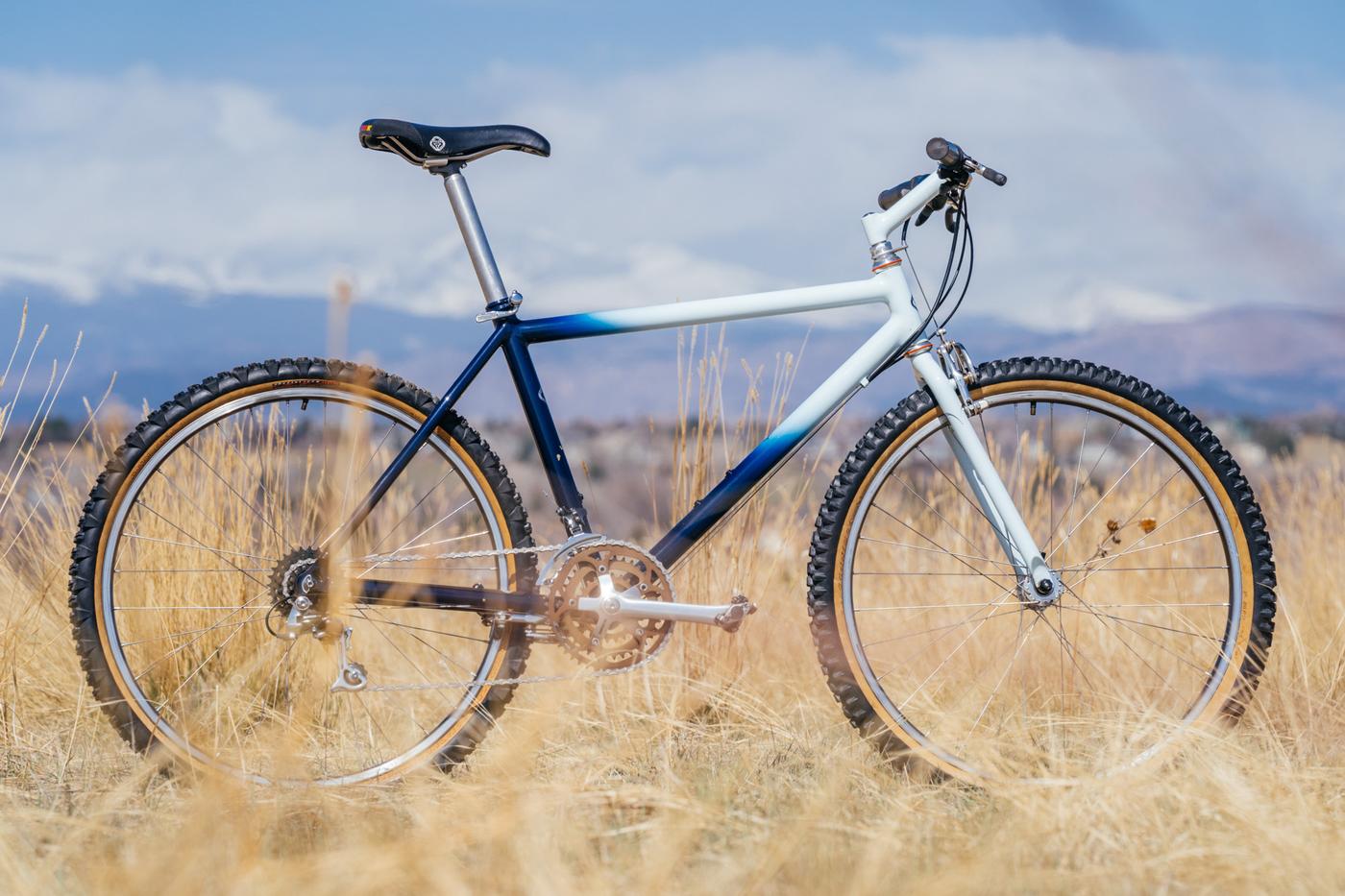 The Wildcat never became a production item. In 1989 WTB focused on its licensing and components business. However, the decision not to move the Wildcat into production did not end the plan by WTB to create a bicycle that merged the design philosophy of the team. A couple of years later, WTB would release the Phoenix – a steel bike, tig-welded by Steve Potts, incorporating many Cunningham design elements. Many have called the Phoenix a defining steel hardtail.

Although it represents a design dead-end, the Wildcat was the bridge toward the evolution of WTB as a company. More importantly, it is a prime example of the creativity that marked the late 80s in the mountain bike world. The frame design anticipated modern hardtails with its sloping top tube, chunky welds, and oversized aluminum tubes. The bonded dropouts, though, are an oddity at best. 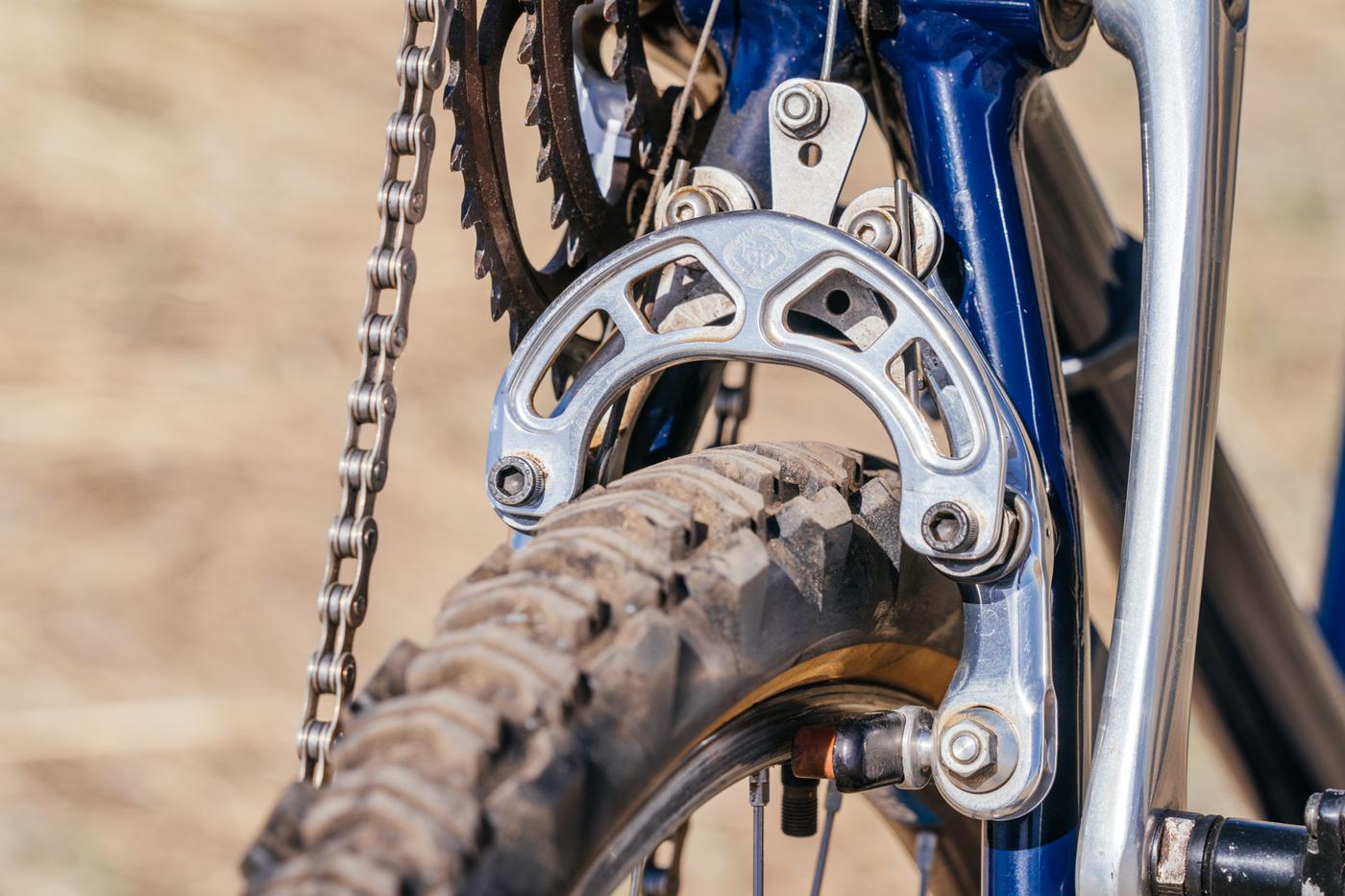 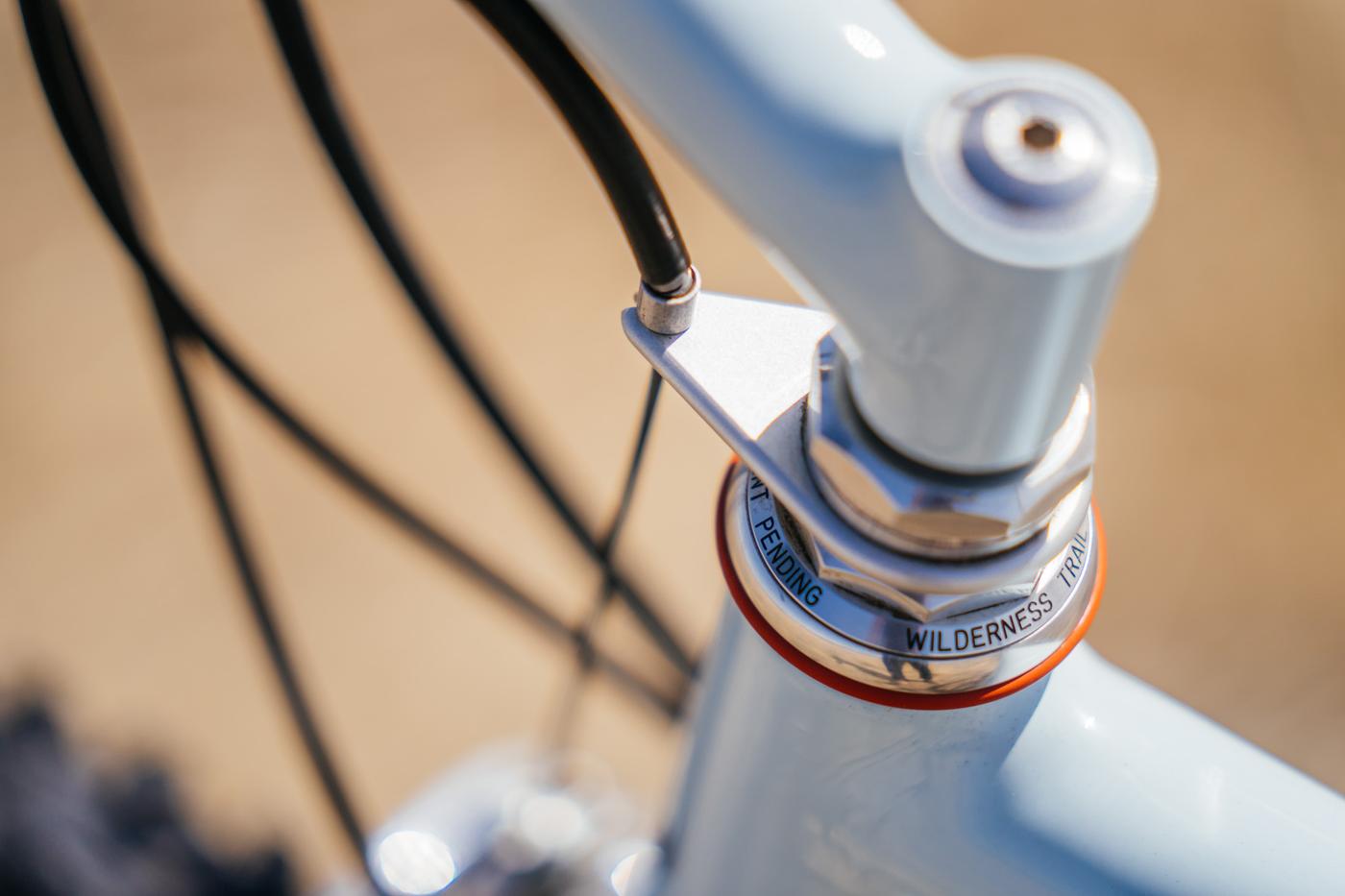