Many of you are obviously familiar with the brand WTB, or Wilderness Trail Bikes. They make awesome tires, saddles, wheels, and other accessories but for a long time in the decade following the birth of mountain biking, they made all sorts of bicycle components including headsets, handlebars, bottom brackets, frames, and more. We reached out to Mark Slate, one of the founders of WTB for his thoughts on one of the most iconic bikes to leave the WTB and Steve Potts workshops: the Banana Slug, Steve Potts #45. I documented this wonderful dream bike – don’t you want one? – during a recent visit to the Pro’s Closet and am honored to have Mark’s thoughts on it here at the Radavist. Read on for Mark’s words and Steve’s handiwork below!

This was one of four bikes that barely were done in time for the 1983 Fat tire Bike Week and Pearl Pass tour. The frames for Steve and for me were identical dimensions except for the oversize downtube on mine, a tube that came from Tom Ritchey. I believe the sleeve (lug) had already been silvered on. Forks were short on these bikes, not much rotational clearance. Head tube angles were drawn at 71 degrees, as were seat tube angles, but top tubes were a bit long so more like 70.5 seat tube angle. (The other two of the four were smaller frames for my wife at the time and for Joey Peterson a local friend that raced for WTB.) 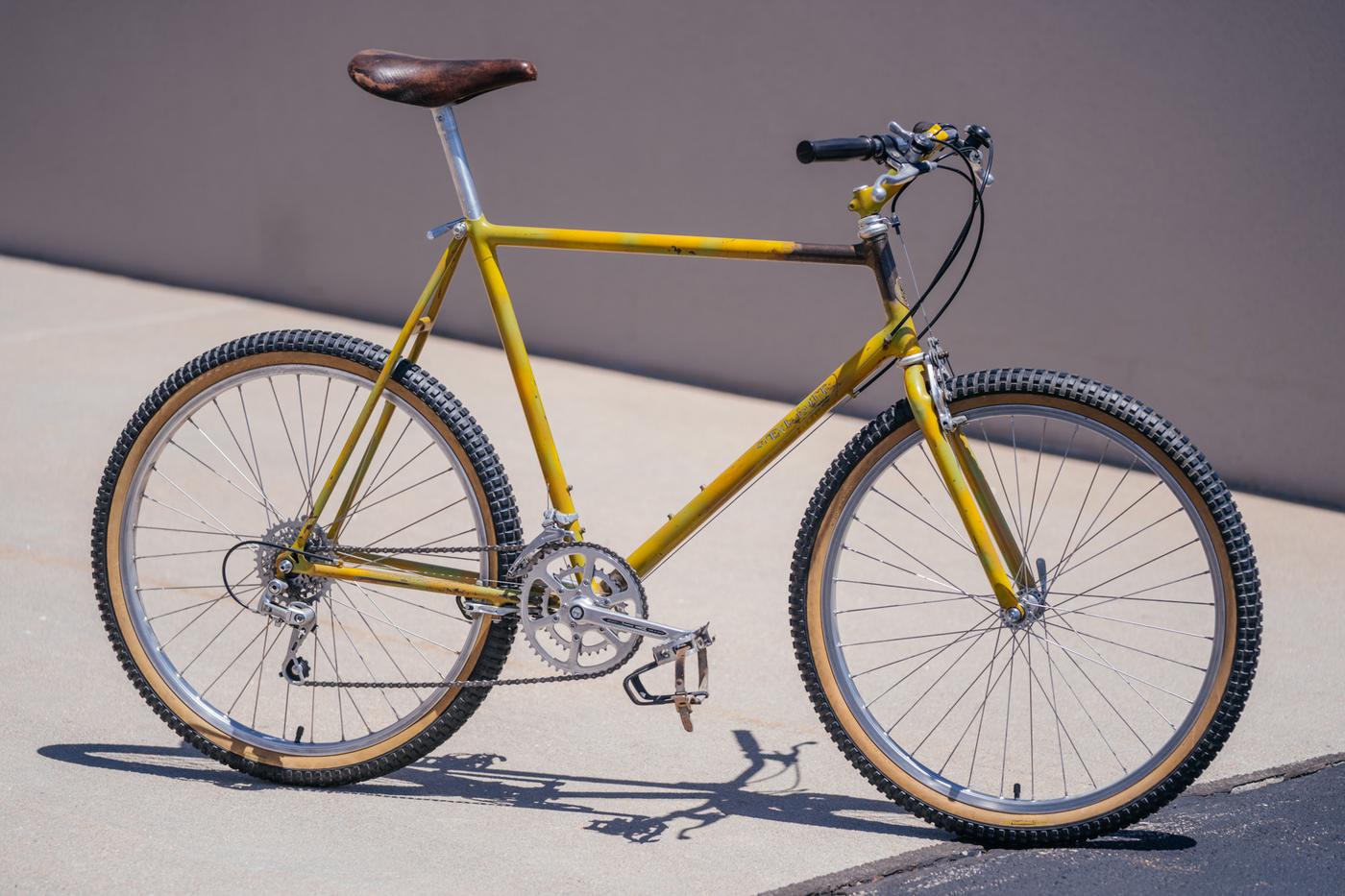 71 degrees was thought to be steep at that time but with the 2” offset the steering was perfect for singletrack contour trails I liked. Chainstay length was 17 3/8” and BB height was 11 7/8” (with 2.125” tires). This bike was green (British Racing Green) to start with and frankly, I wish I’d never repainted it. The Jacquie reference to the color is accurate. I’d like to see it returned to its original color but most of its ride time under me was with this color. It had WTB drop bars for a couple of years and with a high stem with the short reach it was OK for most everything I was riding, though some slick rock climbs had me bumping into the tops of the bars. 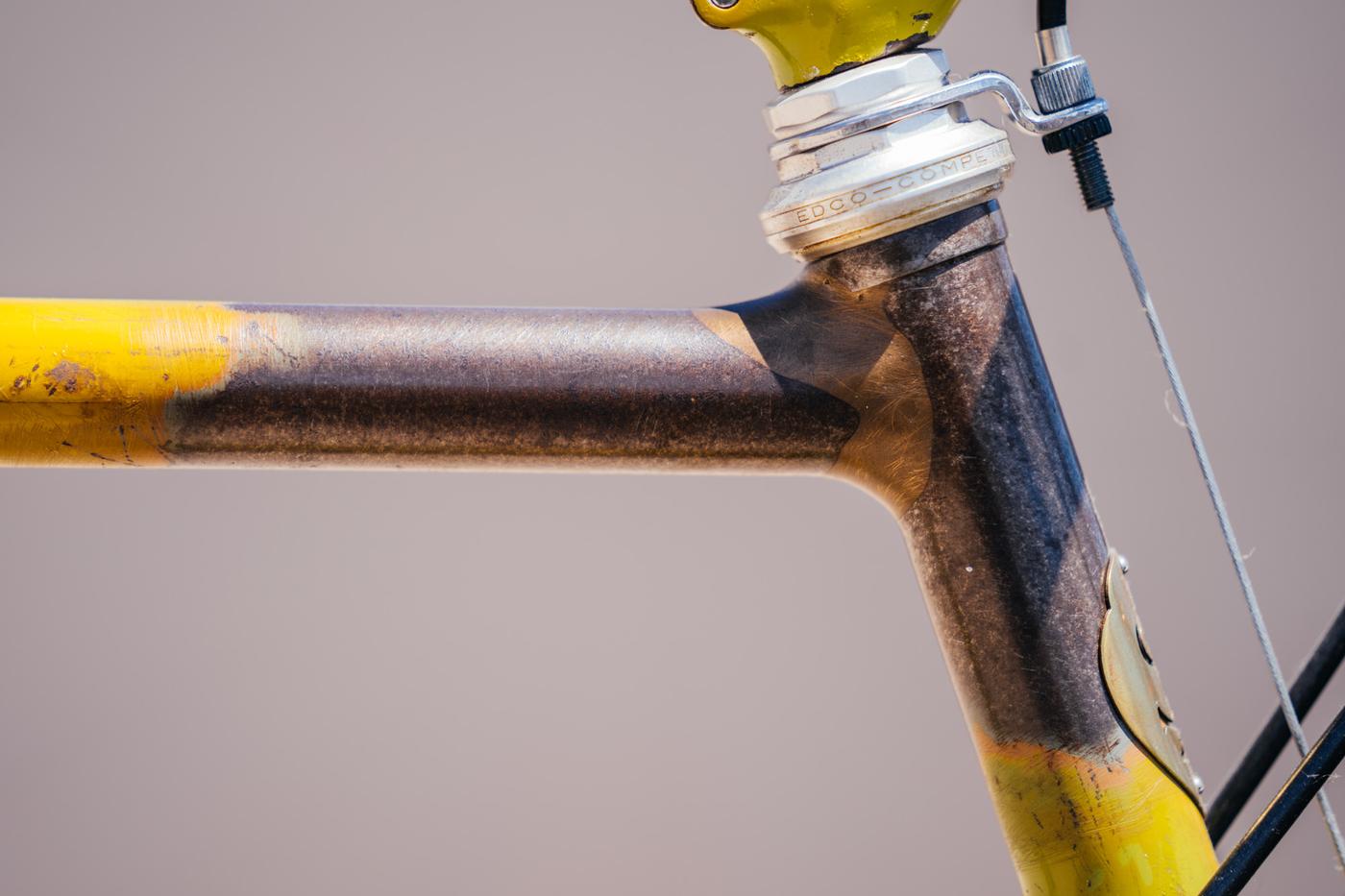 Steve did all the welding of course. My job was to miter tubes and jig/tack tubes and bridges in place for his welding. The paint was all Steve. Assembly was all me. 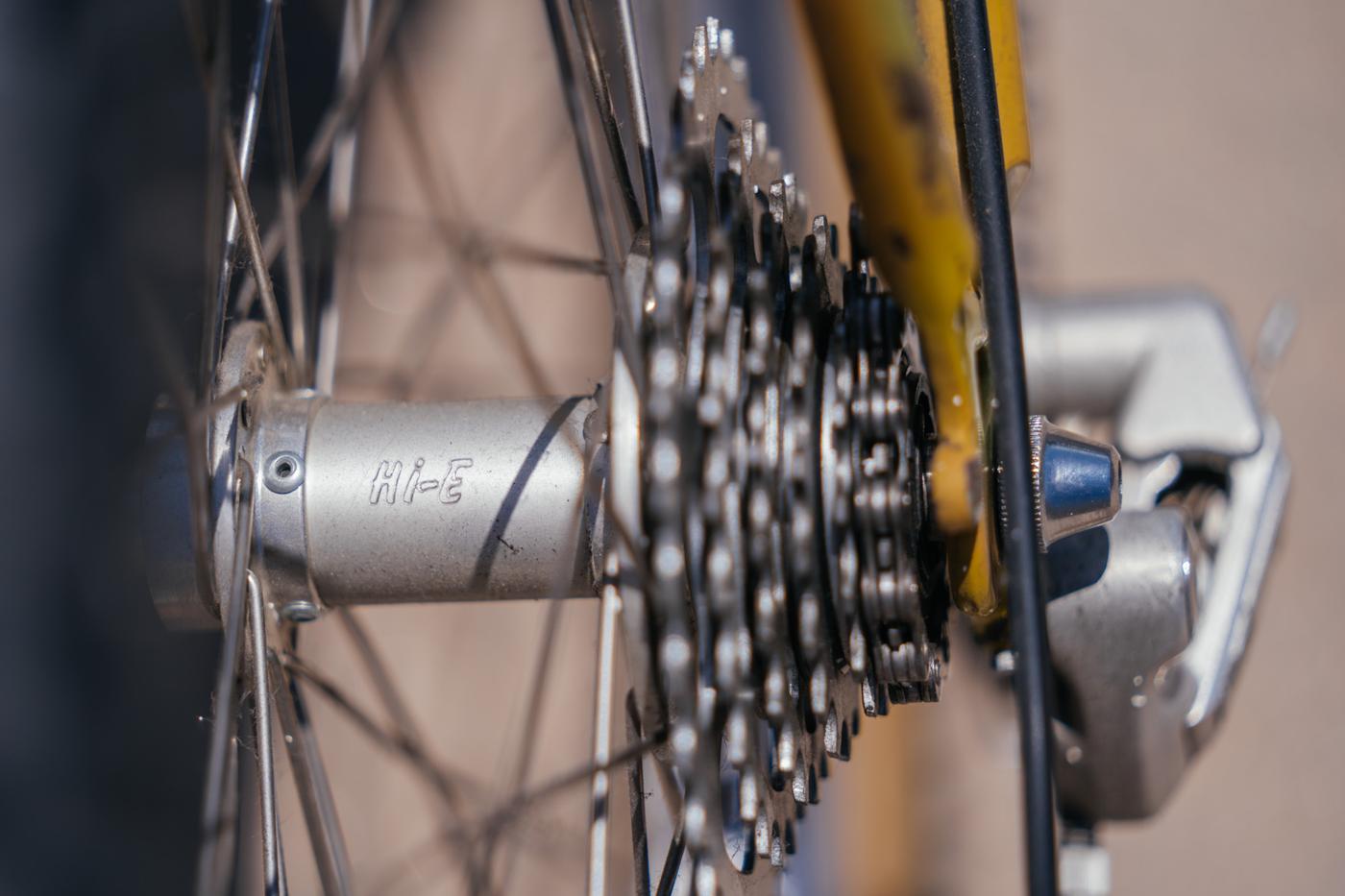 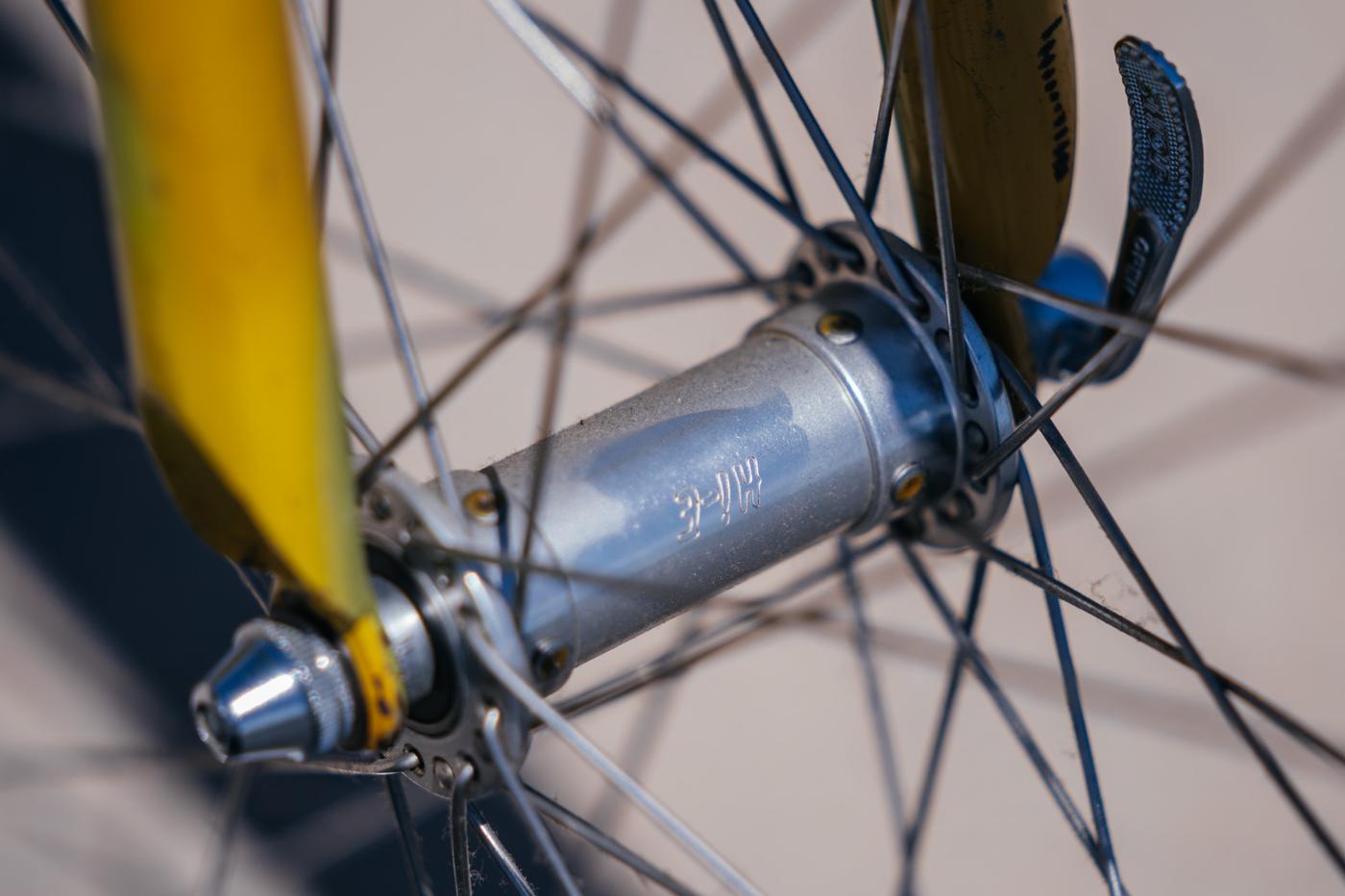 This bike had gold 7X rims with Hi-E hubs, to begin with. The Magura levers with grafted Suntour ratchet shifters were something I put together. Levers were shortened and rounded, the graft was done with either a mitered (stepped) interface or pinned with a single screw into the shifter from underneath. Bars were bent using an arbor press in Steve’s shop later but originally done by DKG using a tubing bender. 16-degree sweep was what I liked, with bars angled down slightly to ideally align wrist/hand position. 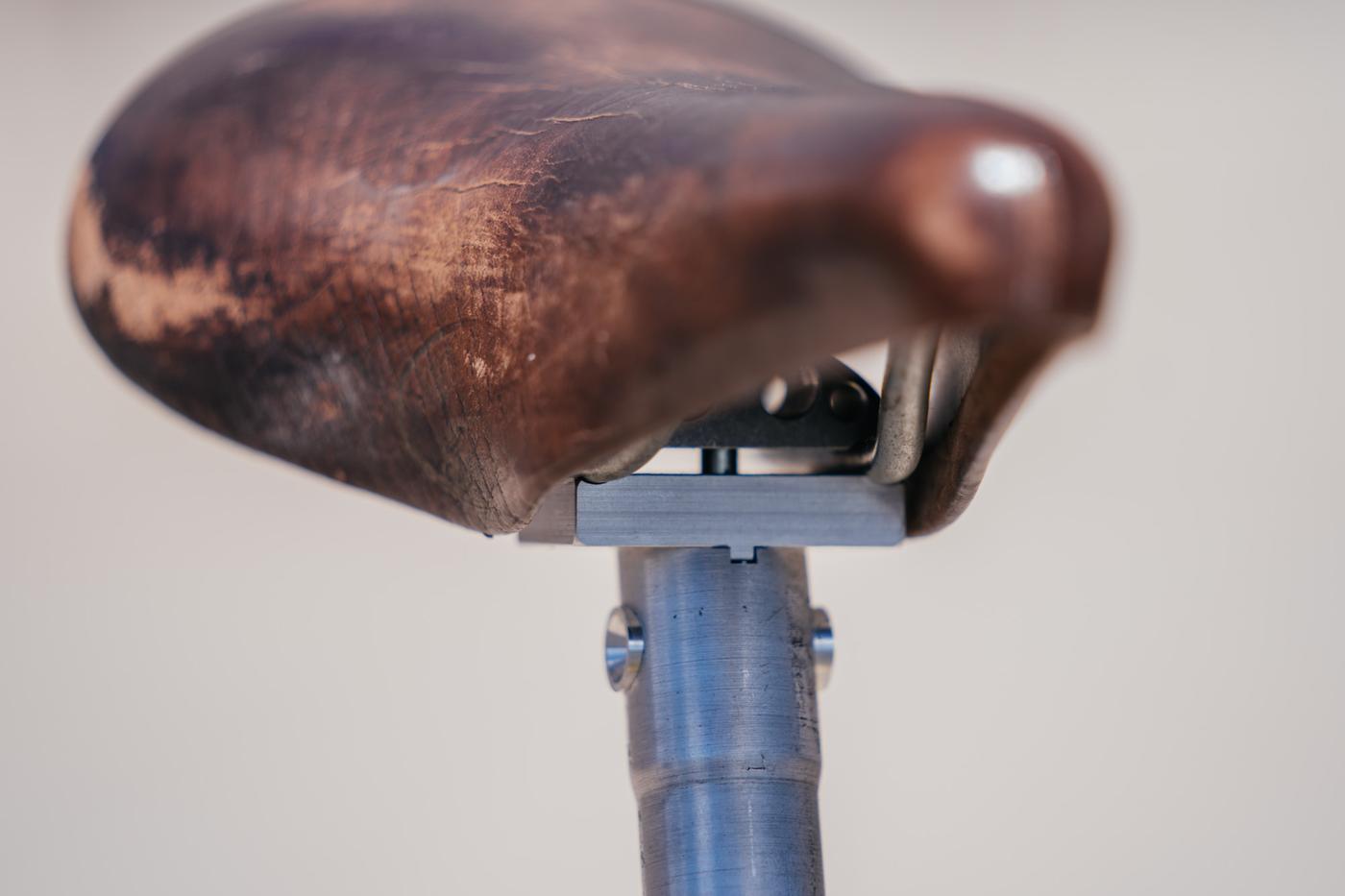 Avocet Touring II was the saddle of choice back then, for me anyway. The post was Fixed Angle = a Charlie thing. Micro-adjust using a flat-file. The pump in the post was a Zefal with a hose. Worked OK though carrying a spare hose was advised. Getting the fit right with stepped electrical tape to wedge was an art. At least if it came loose you didn’t lose the pump. 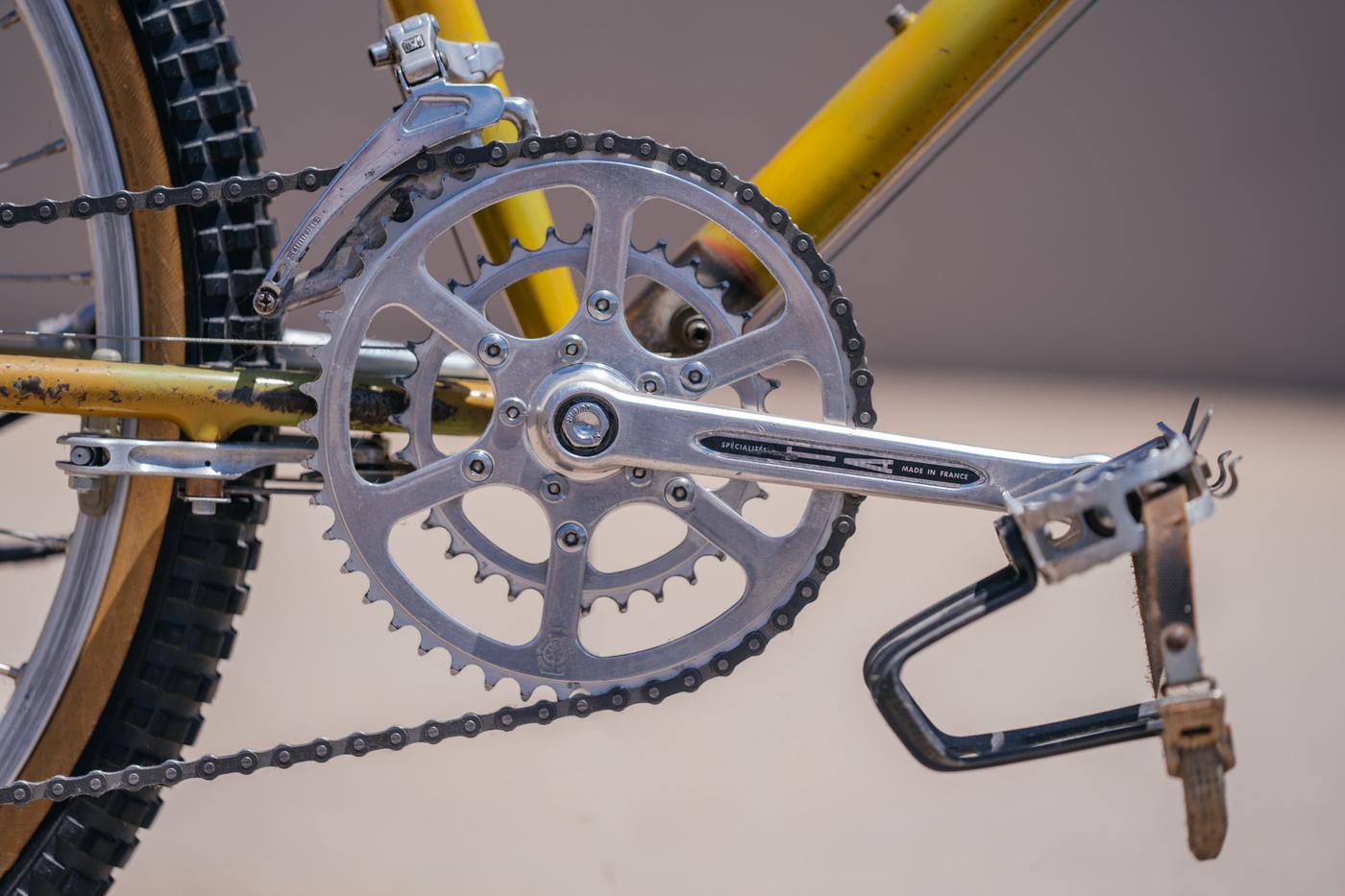 This bike originally had Sugino AT with a 42-30 and outer ring shaved of teeth to be a bash guard. Freewheel of choice was Suntour New Winner (two pawls = the only choice for tandems, though removing with a two tooth tool was unlikely which meant clamping the disassembled body in a mill-vice and trying not to crack it when turning the wheel to remove) 12-32 6-speed. ARX SunTour derailleurs were what I used. Nothing against Shimano Deore. Pedals for my big feet were different. I still have those from this bike. Clips were shortened at the top for easier toe access and I used a spacer between pedal cage and clip to mount for my correct ball of the foot over the pedal spindle. 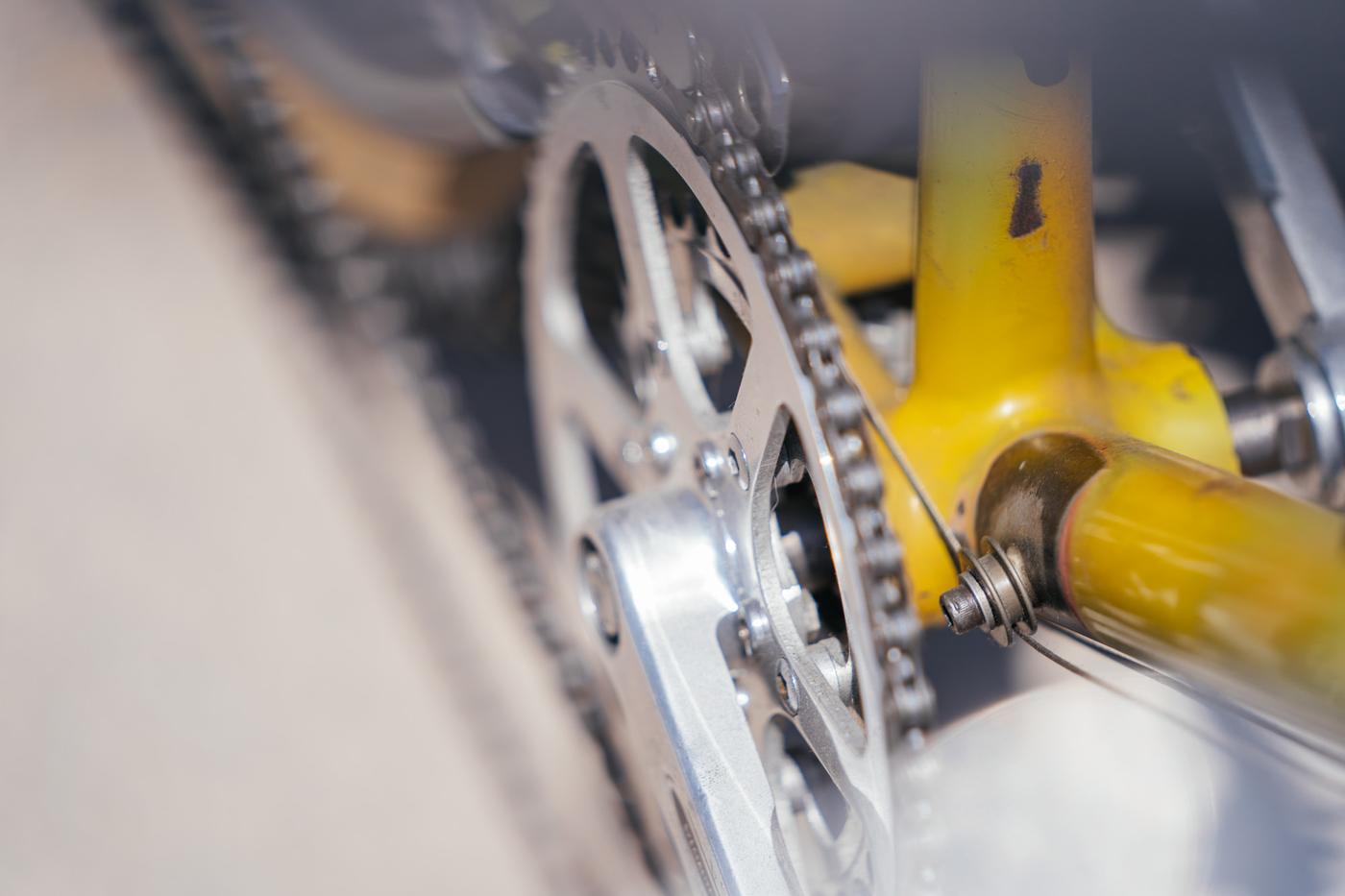 So, this is no longer my bike. It went through various iterations so period-correct, as shown, is fine. The pulley that guided the rear derailleur wire (bottle boss) has been repaired. Not a great choice to begin with but it held up for years. The paint removed at the top tube head tube joint was my doing. That tube took a slight hit (a bit caved-in if you look closely) but it’s best to leave it alone. I sure did feel at home on this bike. More miles on it than any other. 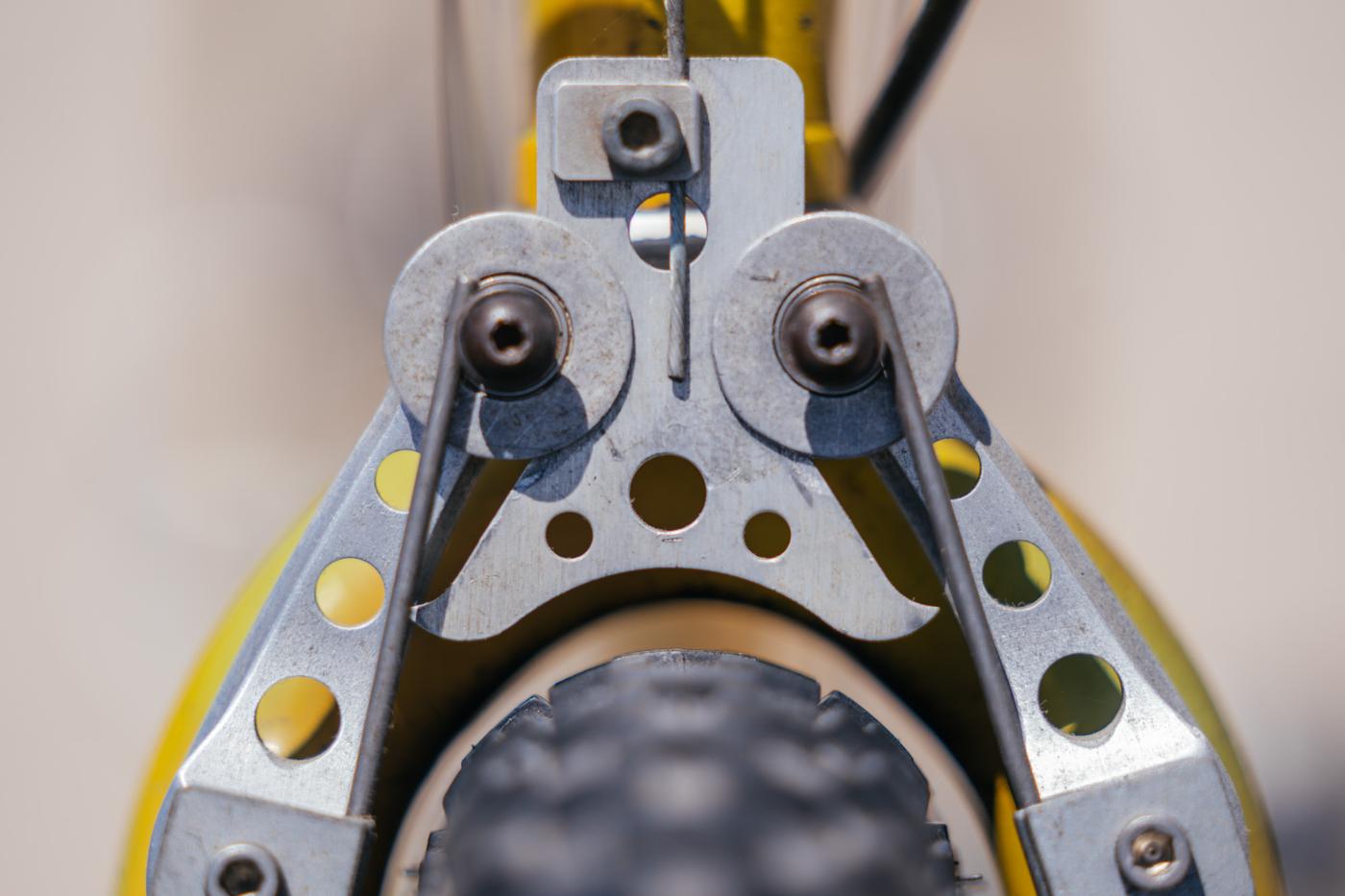 Brake springs, pads, and pulleys went through various stages. It all worked for a time. If properly set up those brakes were impressive. The abrasive pads we did were ok in the wet, ok not great. We added brake booster bridges later on which helped some. Although, let me say this: disc brakes rule. 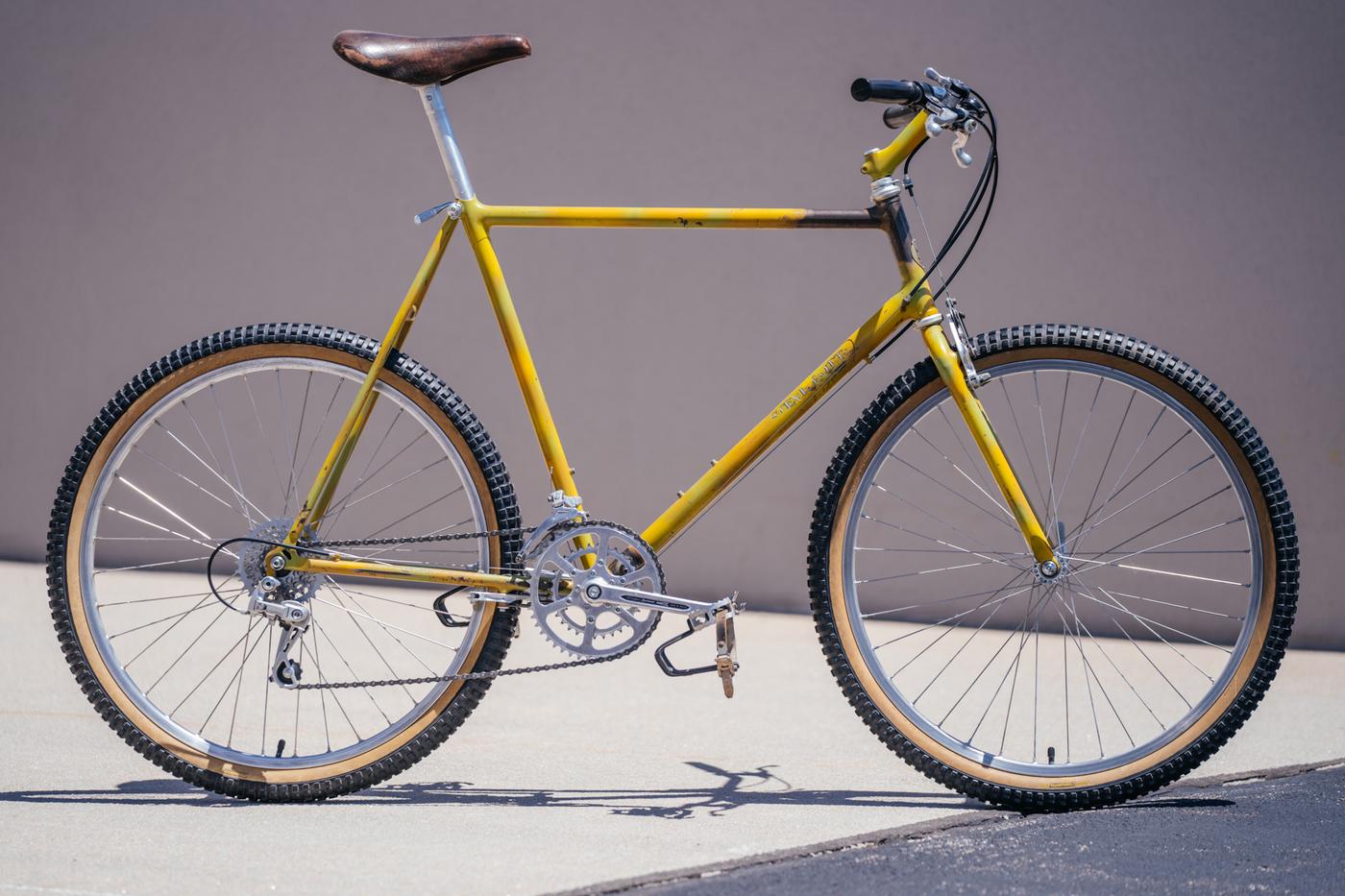 That’s all I got for you for now. If you have specific questions ask below in the comments!

This Steve Potts WTB bike is on display in the main office hall at the Pro’s Closet in Louisville, Colorado. Many thanks to Mark from WTB for sharing the story of this truly amazing bike!