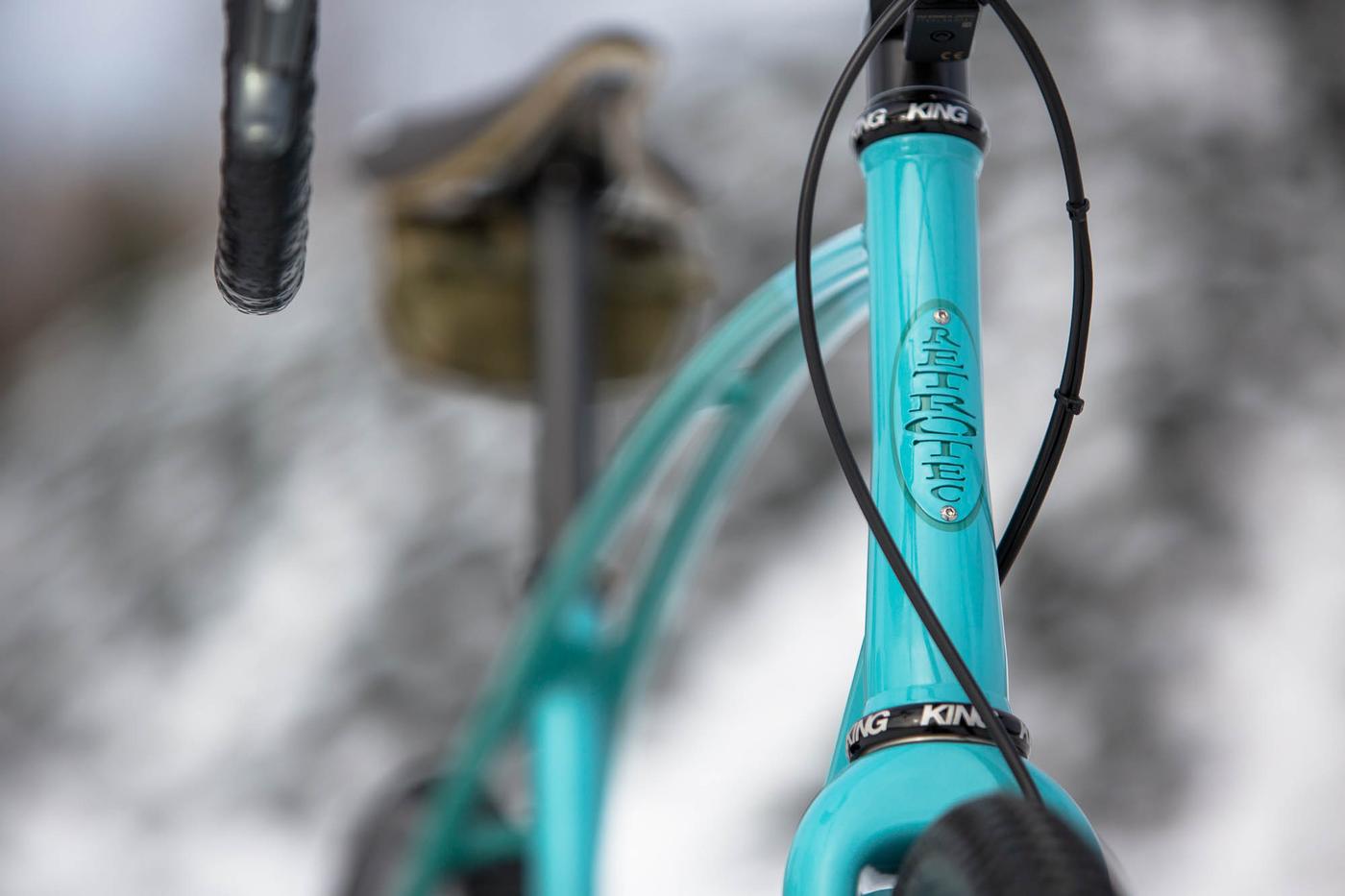 Inspired by the Bel Airs of the 1950’s, this backroads Retrotec is remarkably as easy on the eyes as I’d imagine it’d be on washboarded gravel roads. With clearances for a 45mm tire, this build included hydro Di2, the new Whisky No.9 CX fork with fender mounts and one of those nifty Brooks Cambium saddles.

You’ll also spy 2 winchester shells in the bar ends, with special meaning to the owner, Matt, who works for QBP. Those shells shot his late gramps’ ashes into the woods. To further up the ante, the seat pack is one his wife’s gramps used in the Korean War to hold ammo. Matt uses these items to remind him how bad-ass his grandparents were… and it kinda puts the pain encountered while pedaling a bike into perspective.

Thanks to Marty Wood for the beautiful photos and the crew from Angry Catfish for help on the build.

We’ll be seeing this bike at NAHBS next month! Til then, check out more below! 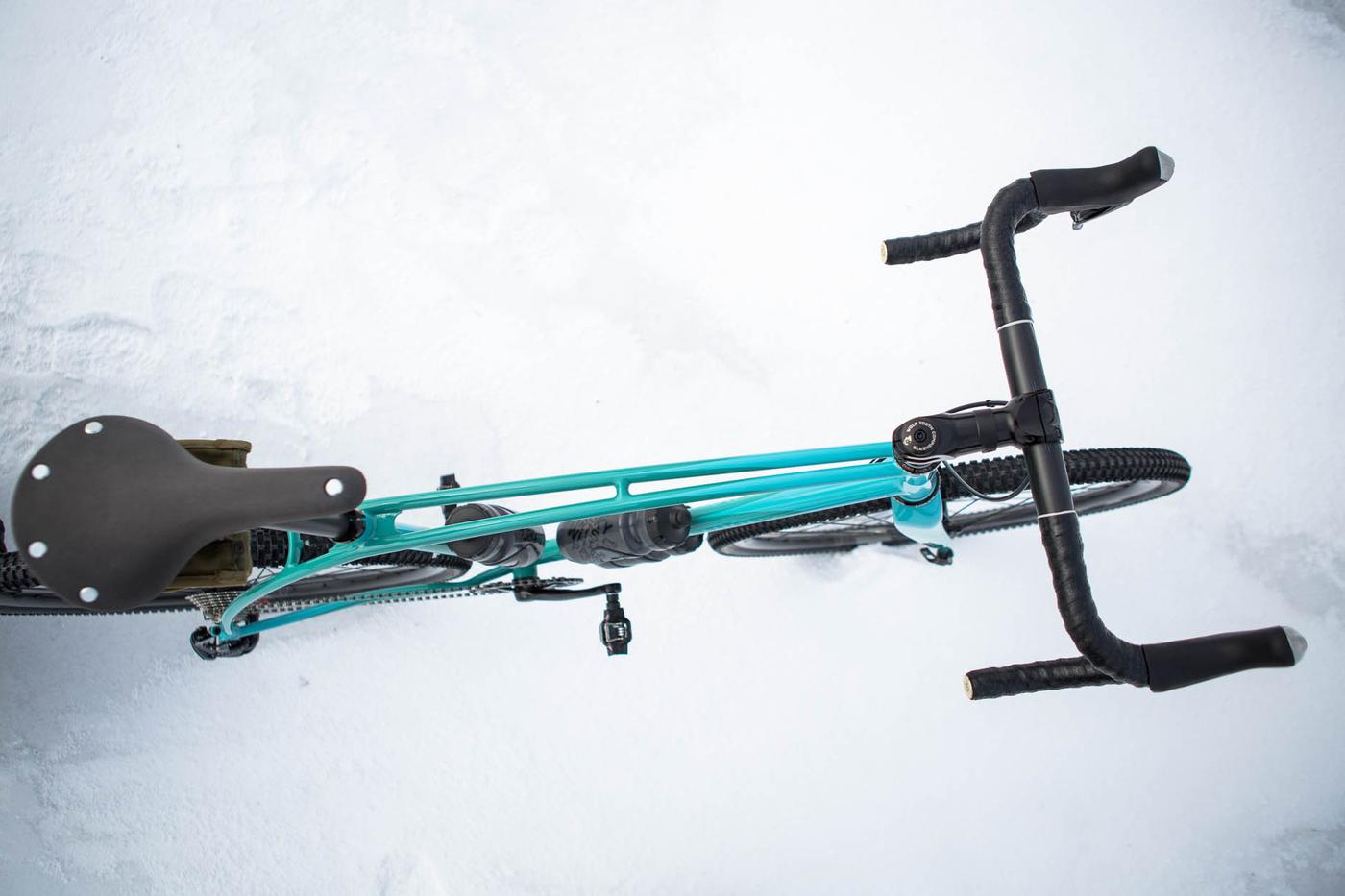 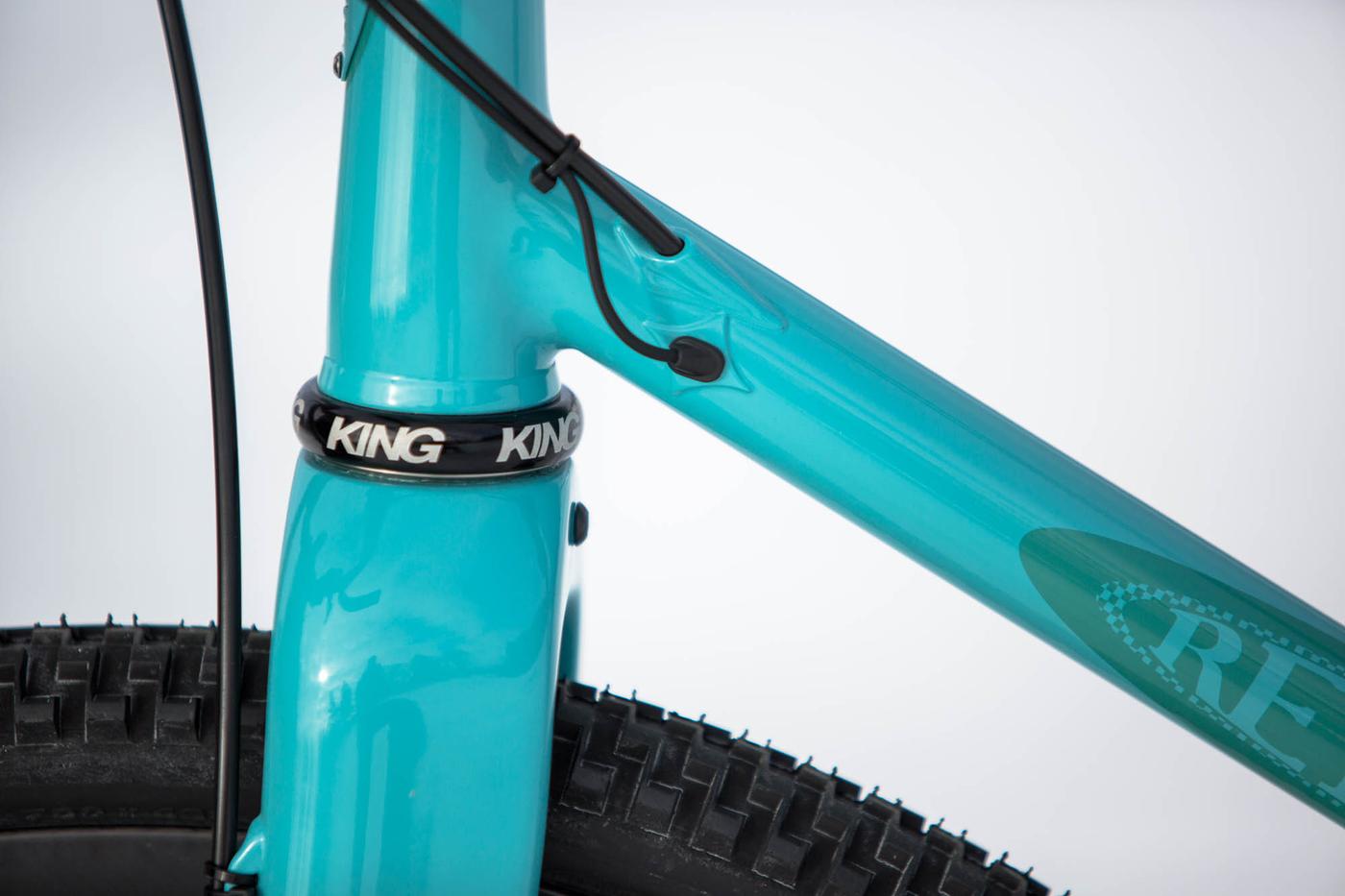 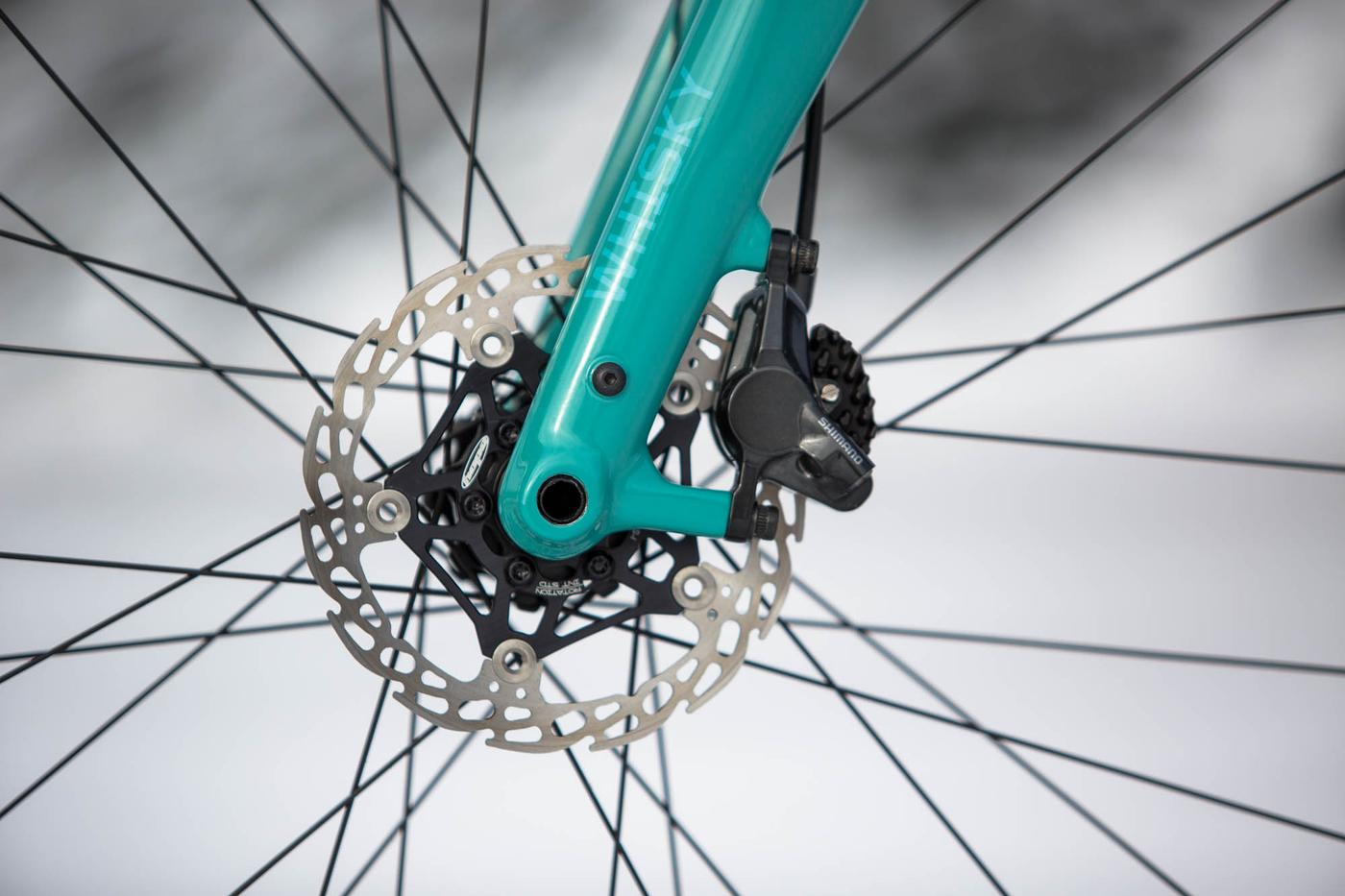 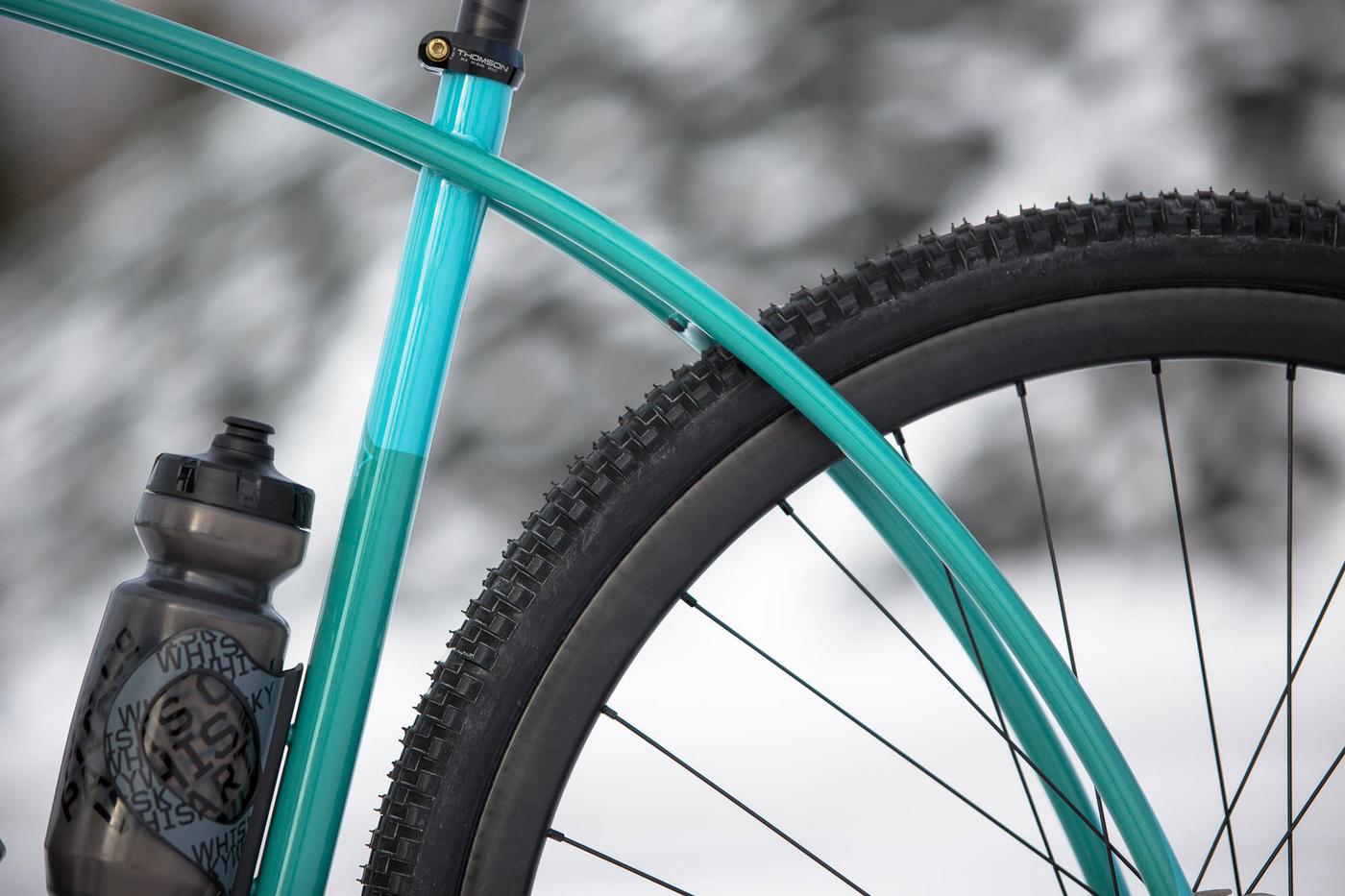 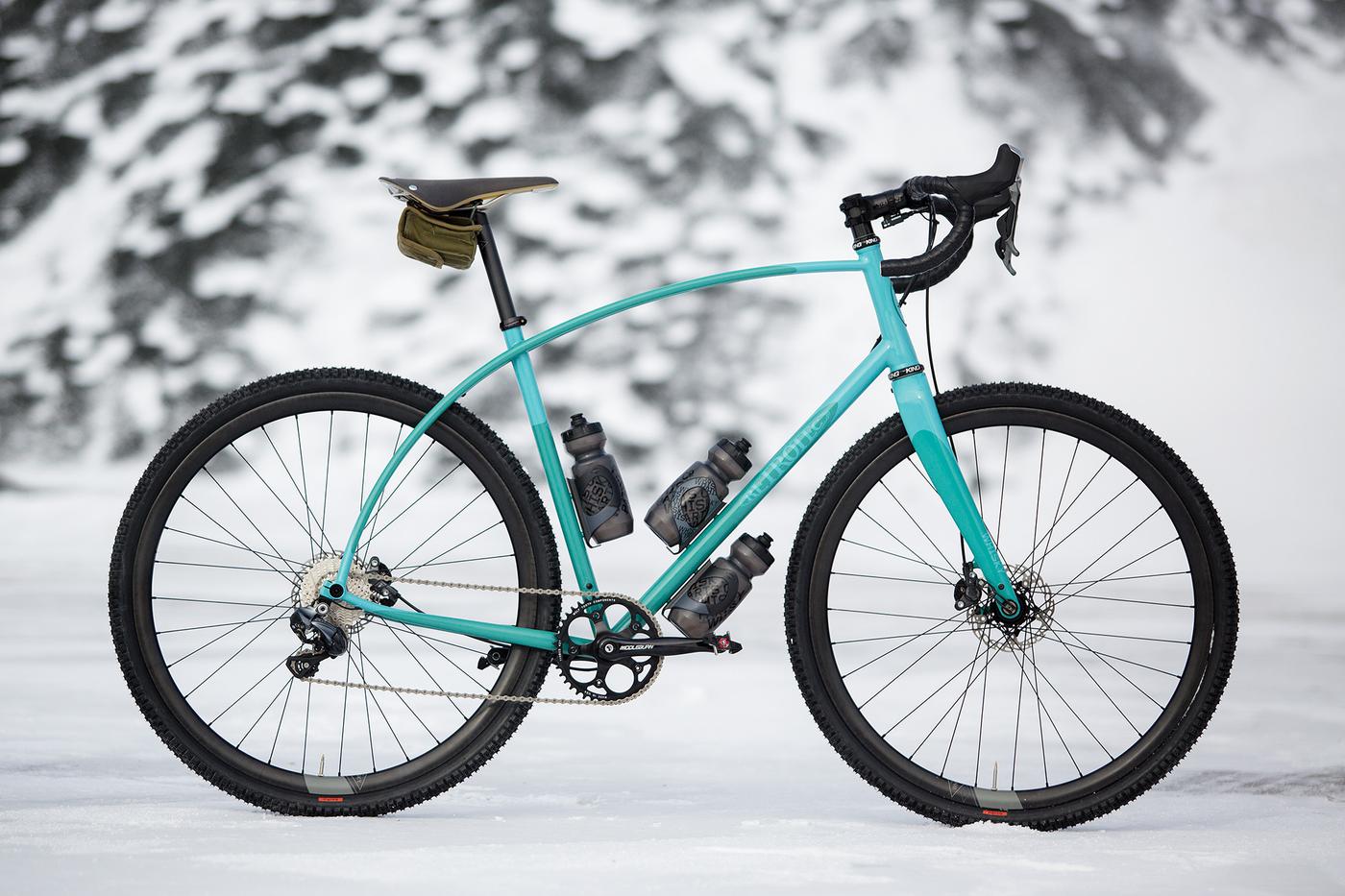