Even I was a bit skeptical about the ability for my Geekhouse Woodville to throw from a 50t to a 32t consistently, using White Industries’ VBC cranks. But more importantly, I was interested in seeing how the crank arms and rings would hold up to daily use. Well, the front derailleur still throws just fine and they haven’t shown much wear at all. Go figure.

With around 10 months of heavy use, as you can see, they’re still kicking and show very little ‘tooth decay’. There’s very little crank arm rub as well. My Woodville is primarily my around-town, errand getter, bar bike and my go-to ‘big fuckin rides’ vehicle of choice. It’s been camping, tackled the MSOJ and blasted through tons of 1-track.

I have to admit, these are some of my favorite cranks I’ve ever owned.

After receiving emails from people, asking to see updates on the drivetrain, I shot a few yesterday. Check out more below. 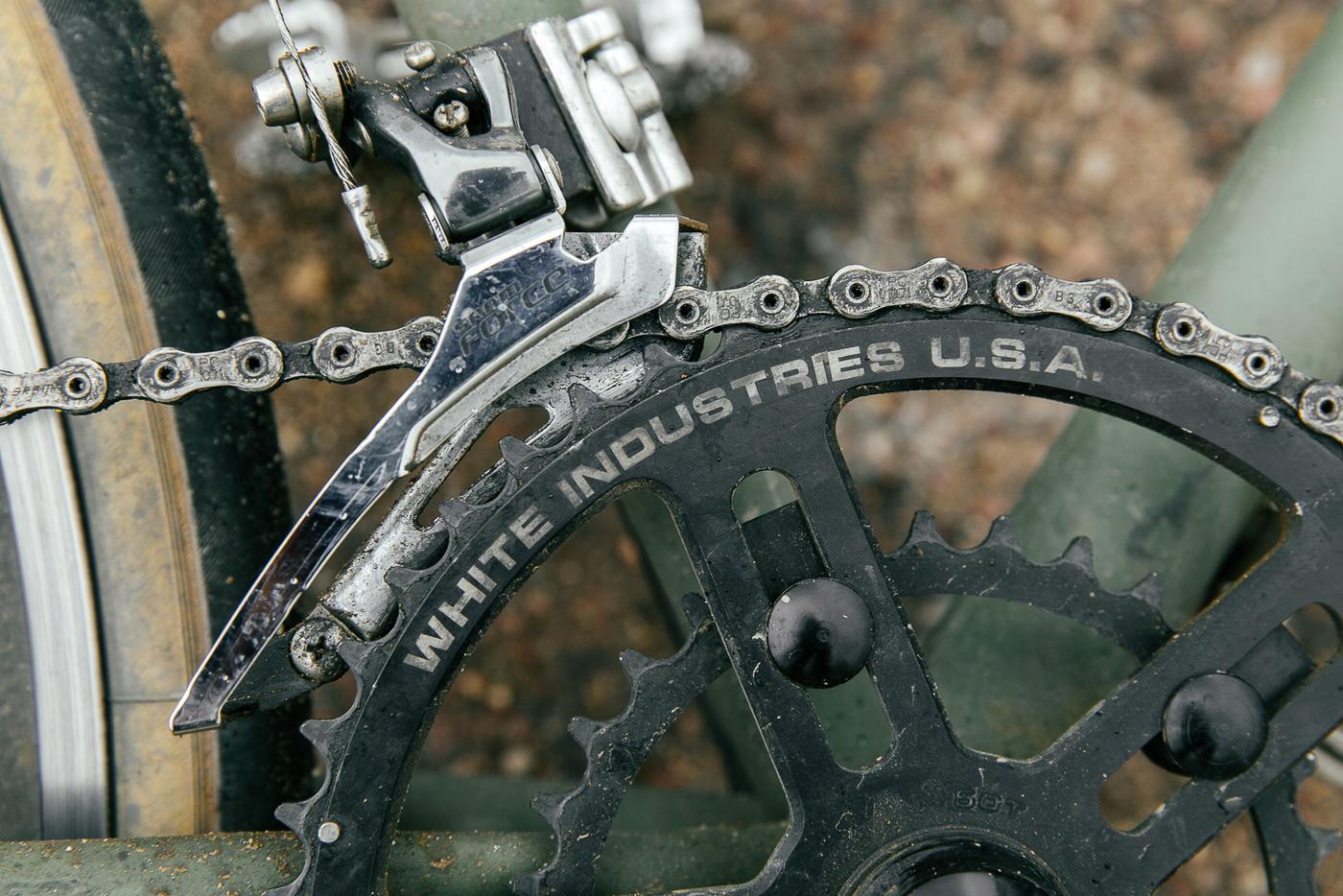 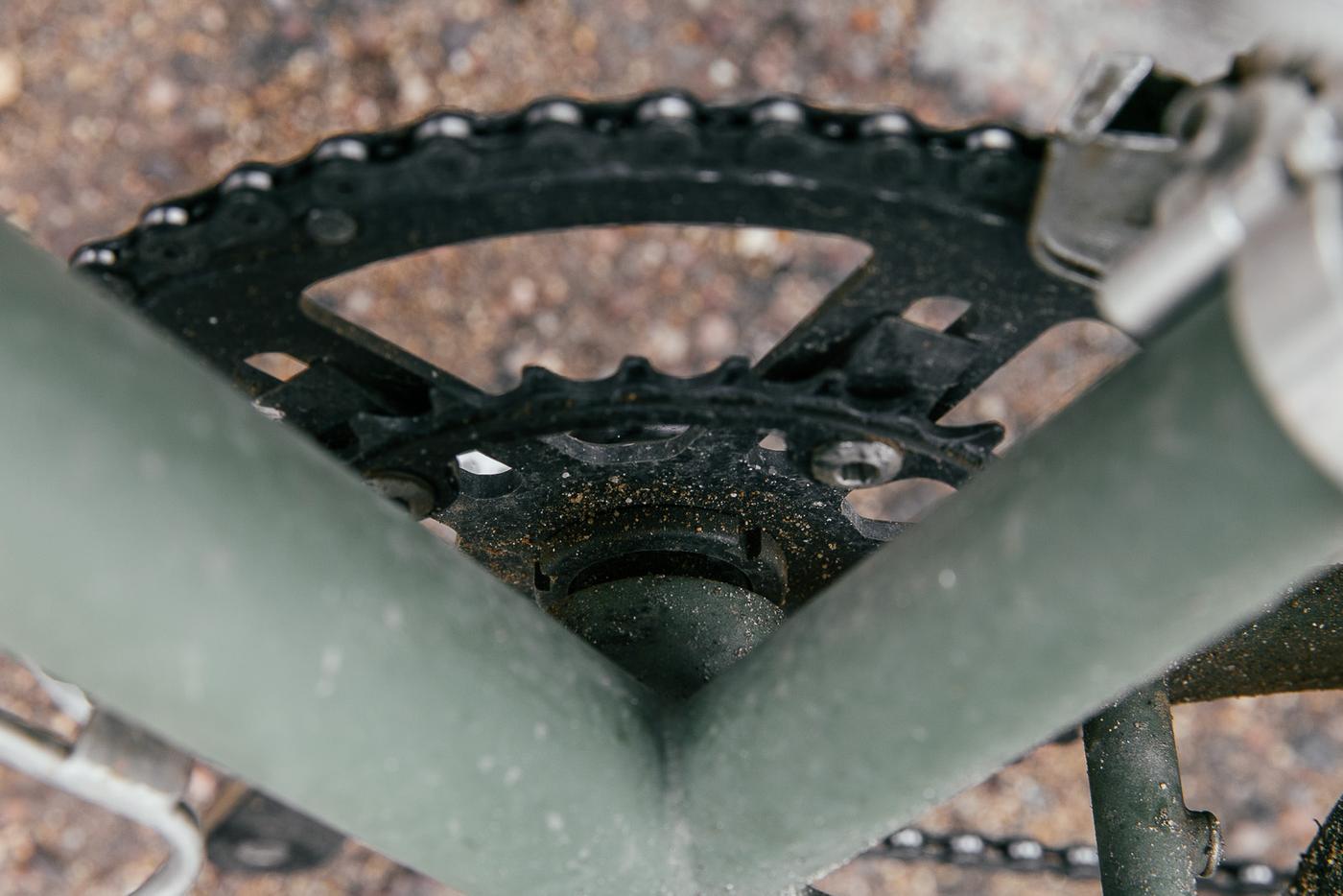 … and I haven’t even had to touch the lock ring. For more details on the setup, check out the original post on my Woodville.