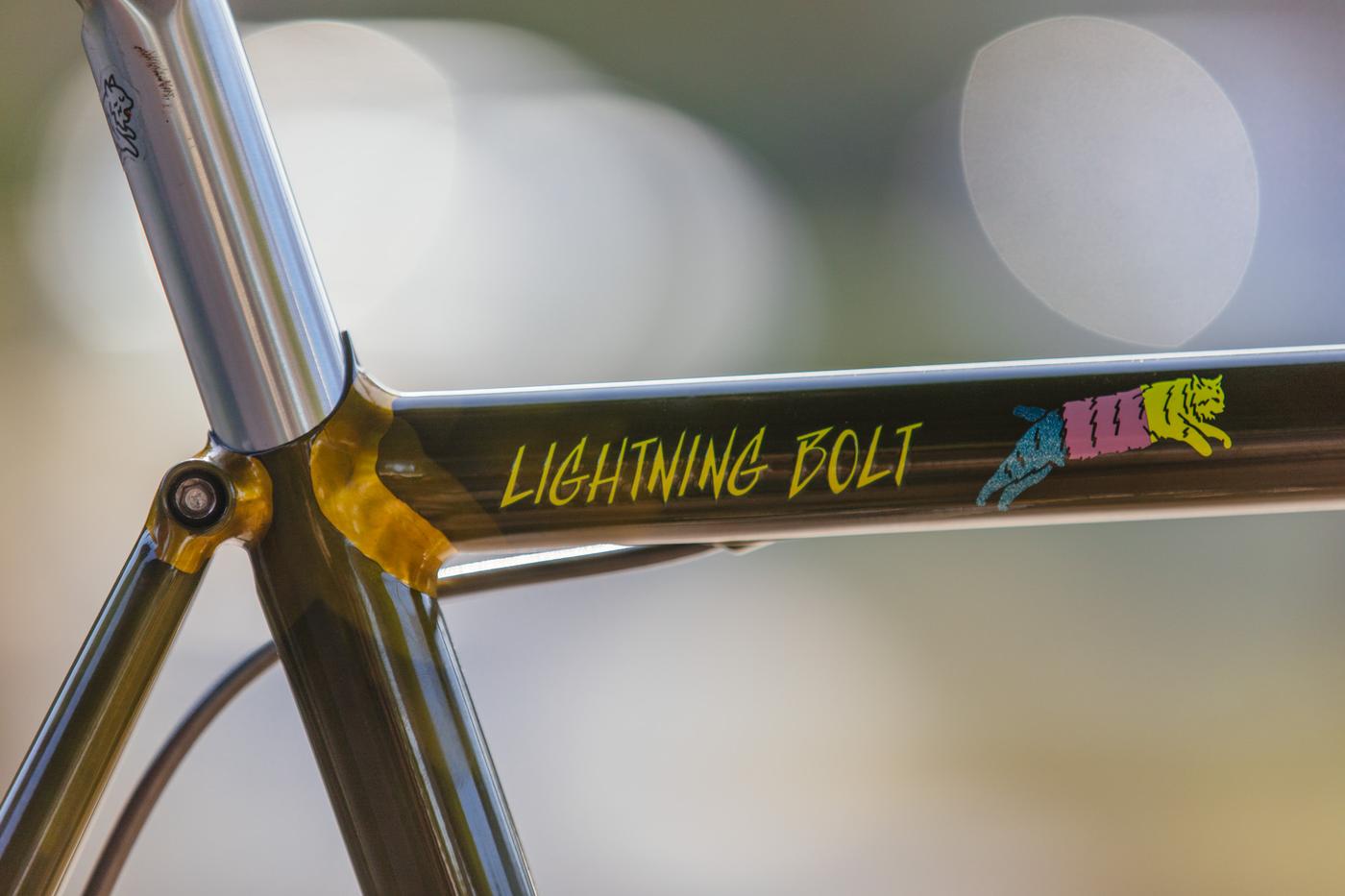 The Lightning Bolt, like many of the Crust models, is a specific bike within an even more specific niche. Matt from Crust is a legend at making bikes that the people want before the people even know they want it. Low trail, disc brakes, designed for Pasadena pavé with clearance for fat but not obese tires? Got it. That’s the Lightning Bolt. A perfect bike frame for a roadie with an XC background who kinda sorta wants in on all the fun. 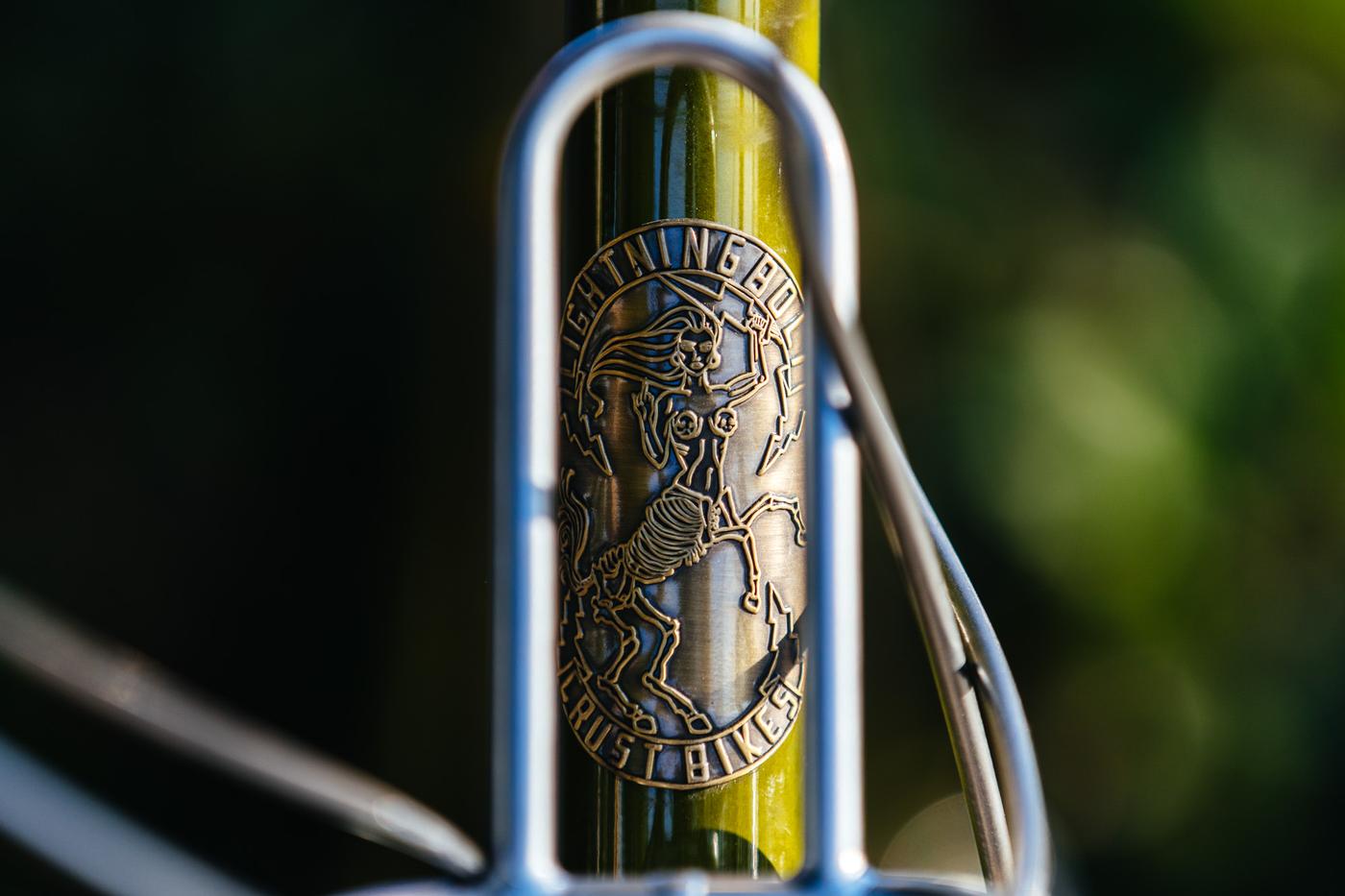 It’s just the right amount of old tech, mixed in with all the right modern tech. 1 1/8″ headset, fast back stays, internal routing, disc brakes, fillet brazing exposed under a candy clear coat. Everything. It pleases both the randonneuring crowd as well as the bikepacker vagabond. When you add in such classic gems such as an XTR rear mech with Deer Antler Deore shifters, a Brooks saddle, that Tioga stem, Phil Wood hub/headset, PAUL levers/skewers and René Herse cranks with some super chilleur Nitto Bosco bars, prepare for internet meltdown. Did I mention the kickstand yet? 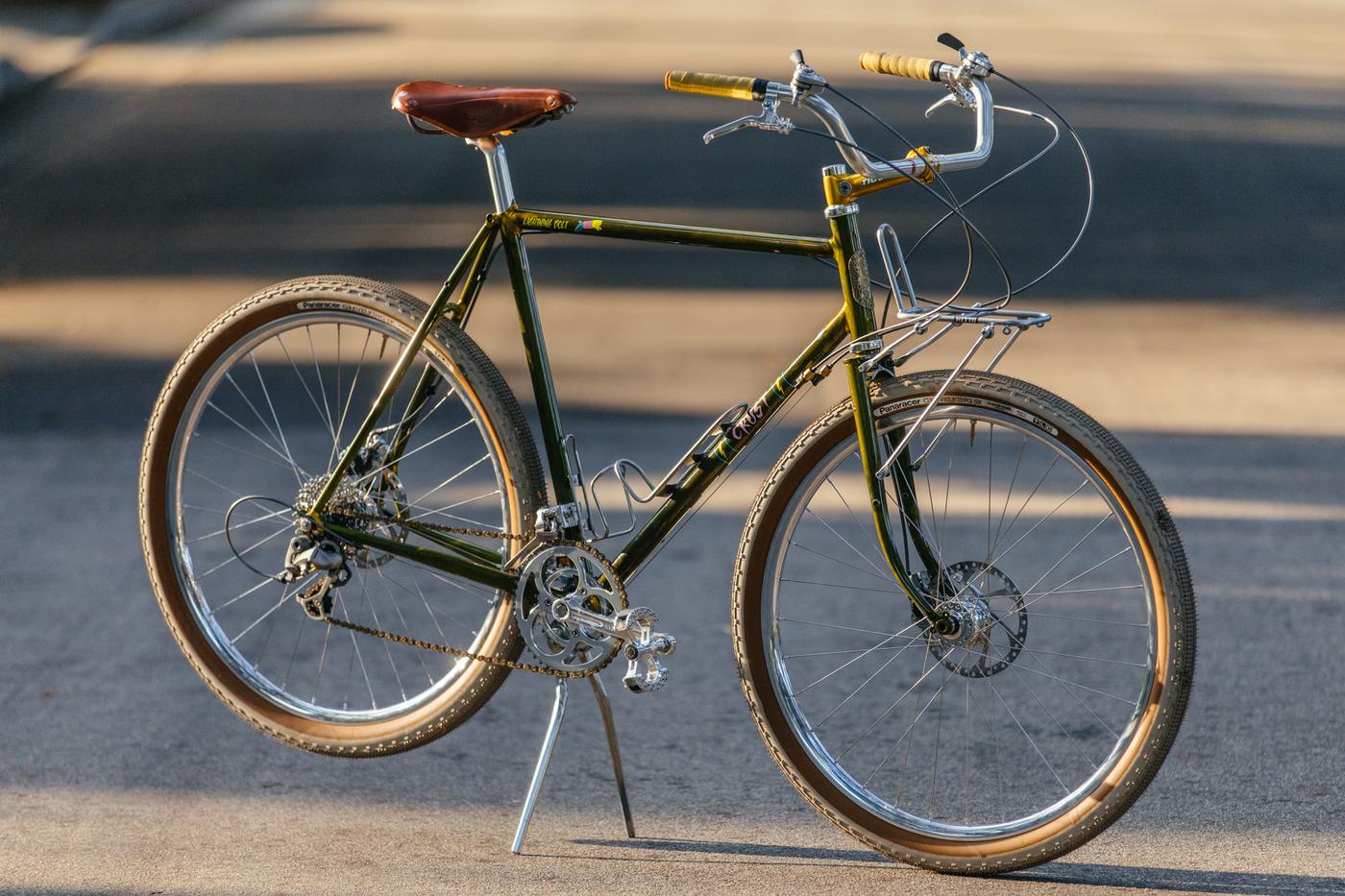 Admittedly, such a wild concept can only be compiled by the most exquisite mechanic, so the Cub House’s on-staff bike mechanic and aficionado Simon tied it all together. Coincidentally, Simon donated the shifters to Sean too! Yep. Shooting bikes is a lot of fun but photographing a bike like this with so many amazing people being part of the process is a real treat. If you’d like a fancy Crust Bikes, or just about any other kind of bike, built to your specific needs and desires, then head to the Cub House and ask for Danny. Tell him I sent ya and he’ll buy you an espresso. xo