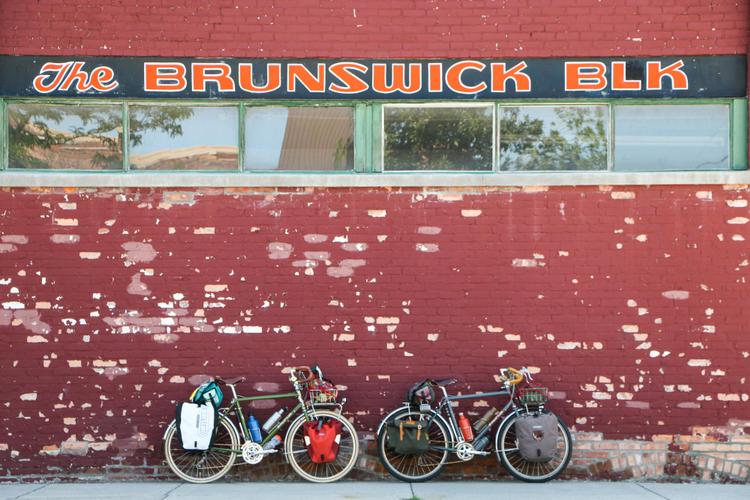 Being out on tour for the past six weeks Stephanie and I have met a lot of other people traveling by bike. The different ways people travel on two wheels has become a point of interest for us: despite the fact that we can get caught up in gear nerding and finding the perfect setup, it’s so rad to see all the different approaches to problems that anyone traveling by bike faces.

Troy and Jen were part of the larger group of people who descended on Missoula for the ACA’s 40th. It turned out that they, like us, were also on their honeymoon, on matching bikes. Since they’re from Nutmeg Country their tastes trend toward traditional aesthetics, and their Rivendell Hunqapillars are all class – and pieces of flair. These bikes were shaken down on east coast toodles through backroads with good friends before setting out on tour.