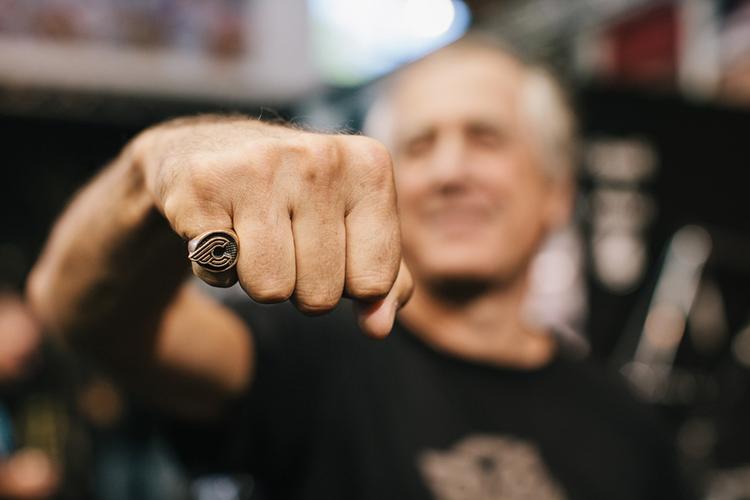 Let’s face it, the name Cinelli and Columbus is synonymous with Urban Cycling. Personally, I feel like they’ve done a lot to bring alleycats, track bikes and general radness to the industry. Especially with sponsorships and their collaboration with MASH over the years.

At this year’s Eurobike, Cinelli’s booth featured an extensive Columbus display, the Bootleg HOBO with Lucas Brunelle’s video and the newest from MASH. I even ran into Red Hook Crit Barcelona champion Fish while I was shooting photos. Check out more in the Gallery! 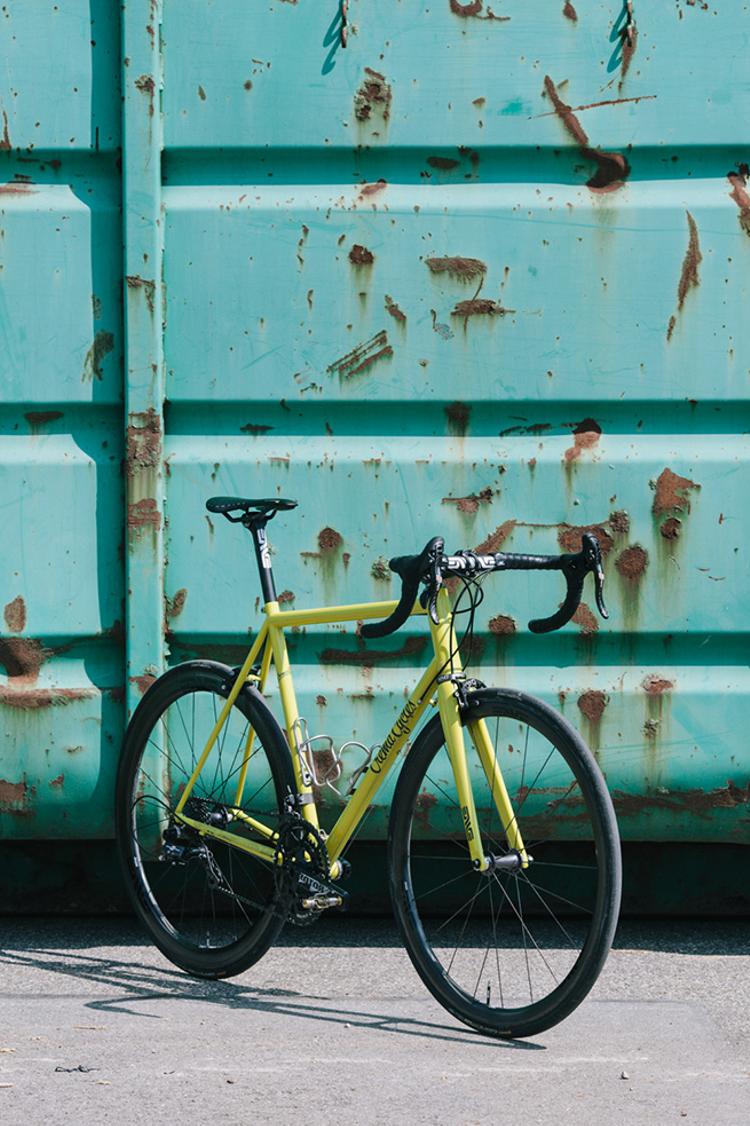 Look, Eurobike is hella Euro and fluoro. I’m not interested in Cube’s offerings, or other large batch bike. I want to see how the smaller shops and distributors are tackling one of the most elusive offerings: the production steel road bike.

Crema Cycles seems to have their solution going in the right direction. Take this Columbus and True Temper mixed road frame. My size, Campagnolo 11, ENVE and Chris King throughout.

This bike is straight forward, lightweight and elegant without being ostentatious. So is there a down side? Not really. Other than I’d like to see one or two nice details to separate this frame from the rest out there but that’s always the challenge.

The Crema bikes look very simple. Something you’d not only travel with, but not cringe about locking up, depending on the build kit (those wheels!). That’s something I can appreciate. Check out more of this very nice bicycle in the Gallery! 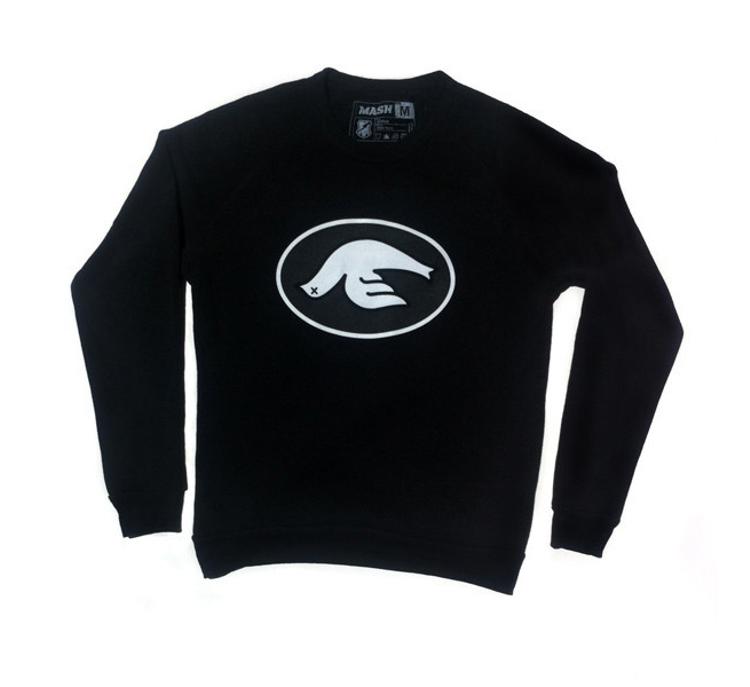 This icon has been floating around for years and now it’s made its way onto a sweatshirt from MASH. Scoop one up here! 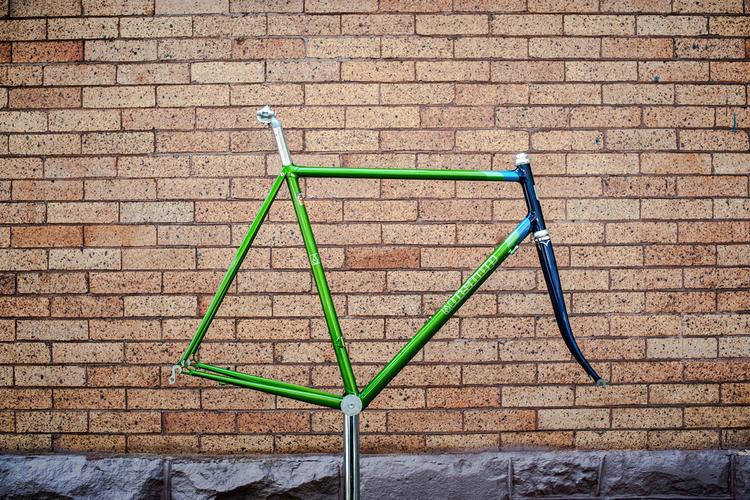 Chris Bishop’s Columbus MS track frame made the rounds on the internet almost immediately after it was built and documented. I’d say that it was one of his most popular frames to date. So popular that when Ben put a deposit down, he specifically requested the road version of the beloved MS track frame and that’s exactly what he got! See more at the Bishop Flickr! 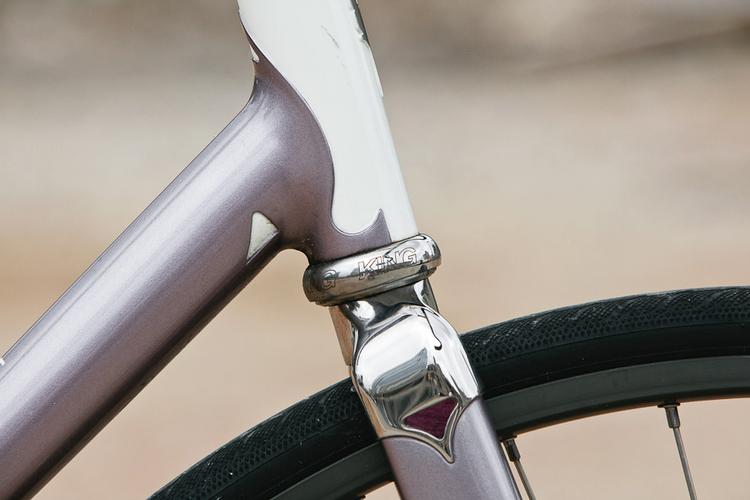 My Icarus Viking MAX track bike was incapacitated for a few months while the fork sat en queue at Fresh Frame. After a lot of surface rust started to form around the shorelines, I felt it best to just get it painted, if anything, for the longevity of the bike. Since this bike has one of the uber-rare Chris King stainless steel headsets, I got Bryan Myers from Fresh Frame to polish the stainless crown to match and he even added a little bit of wood inlay in the lug window. I have to admit, I wasn’t completely stoked on the wood inlay but It’s growing on me.

This bike has proven to be one of my favorites in the stable and why wouldn’t it be? It’s a classic track bike with some very unique detailing… 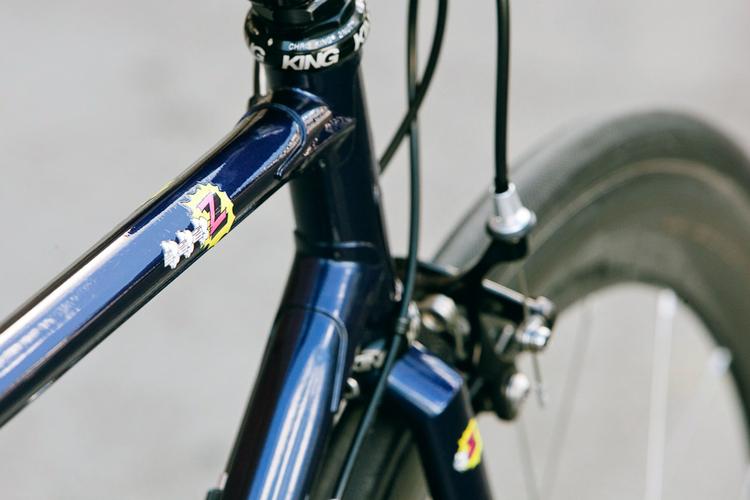 I can really appreciate builds like this: vintage steel with a mix of modern componentry, especially when you add a tubeset like Columbus MS into the equation. This bike rolled into Shifter Bikes while I was in Melbourne and it was one of those bikes that didn’t like to sit still. It kept wanting to roll. Was it the legacy of Greg Lemond that was trying to establish a forward momentum? Who knows… but the Campagnolo Centaur 10, Zipp wheels, Thomson cockpit and Rolls saddle probably have something to do with it. 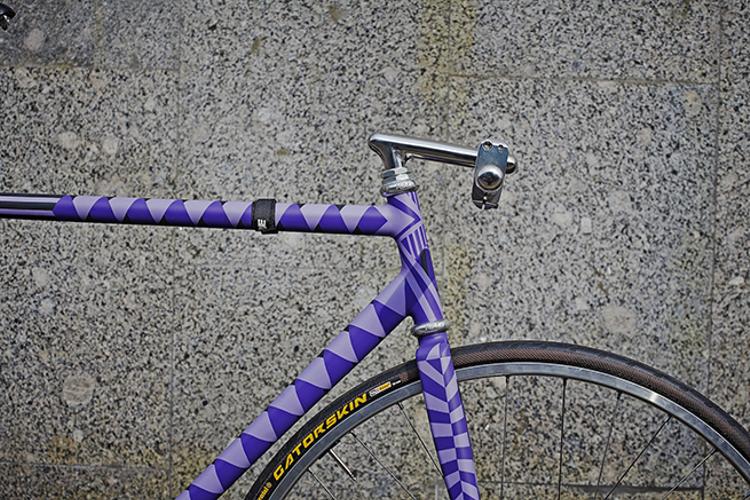 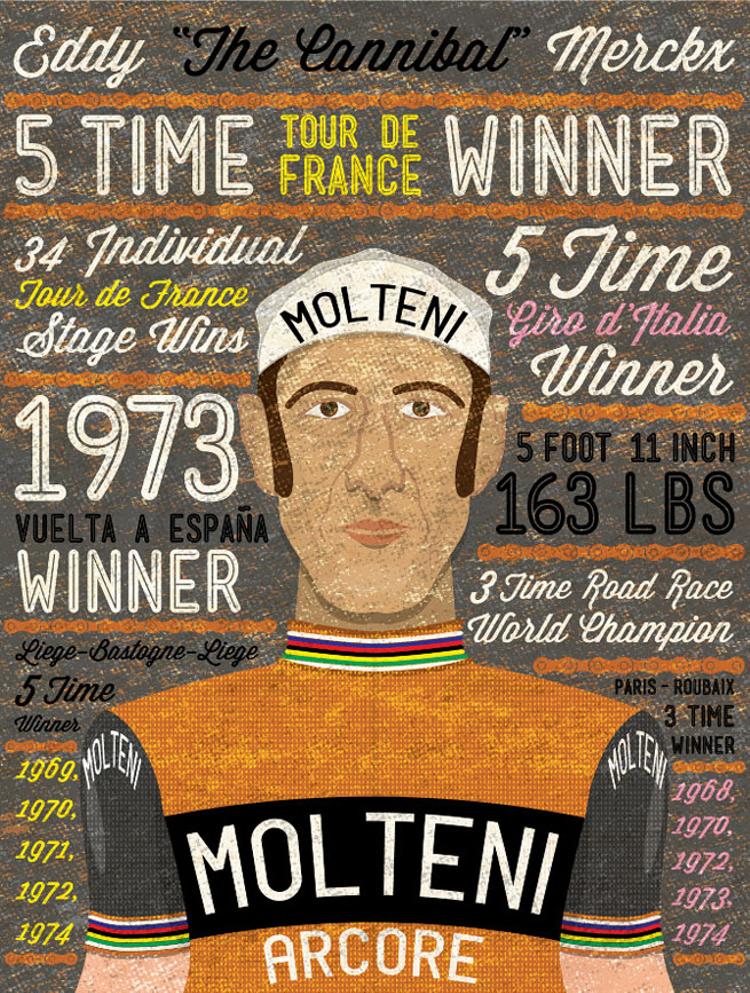 Hey, it’s been a while and when I come across something like this, I have to share it. Richard Pool designs and prints these portrait infographics of famous cyclists and the Eddy Merckx designs are so good.

Chris Bishop has so many NOS Columbus tubesets and the MS, or multi-shaped, tubes are some of the most unique. Here’s a profile section of the tubes. From left to right, non drive chainstay, drive side chainstay, top tube, down tube and Air seat stays. Keep at it Chris. This is a great photo.

I just got back from Portland after a long day of traveling, to come home to a wonderful Merckx Mondays post from Fyxomatosis. Head over and check out more of this custom, one-of-a-kind Eddy Merckx MX-Leader restoration! 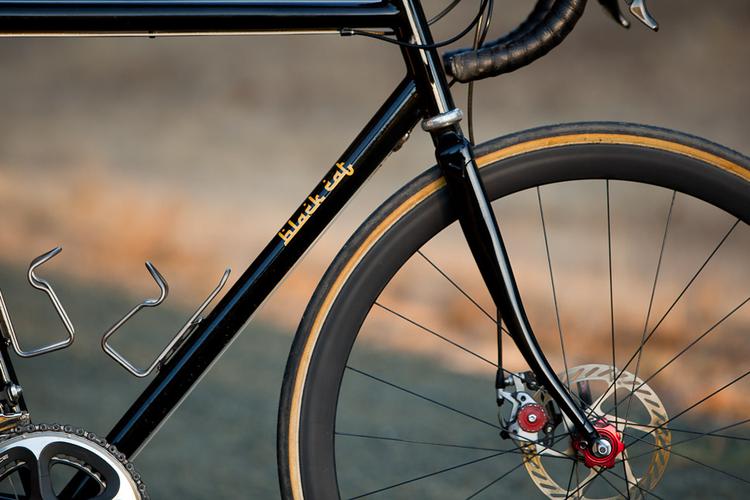 I’m back in Austin, after a completely incredible weekend of filming and photographing Giro’s new clothing line, New Road. One of the things that made this photo shoot different than a lot of previous ones were the people involved. There was an ex 7-Eleven racer, a magazine editor, the co-founder of kickstarter, a bike shop owner, a race organizer, myself and a few Giro employees.

One of those employees was Eric Richter, a key figure in Giro‘s helmet and cycling shoe division. Eric’s responsible for many of the rad new products that Giro has been pushing over the years, as well as their involvement in various events like the Red Hook Crit. I’ve gotten to know him from chatting at Interbike and other events but I really enjoyed getting to spend some saddle time with him on his new Black Cat disk road bike in the hills of NorCal.

Columbus MAX doesn’t make this the lightest bike ever but the bent stays, disc brakes, Dura Ace and Easton parts set this bike apart from any other MAX road bike I’ve seen. When Eric pulled this beauty out of his car, I had no idea what to even say. I was stunned. See for yourself below! 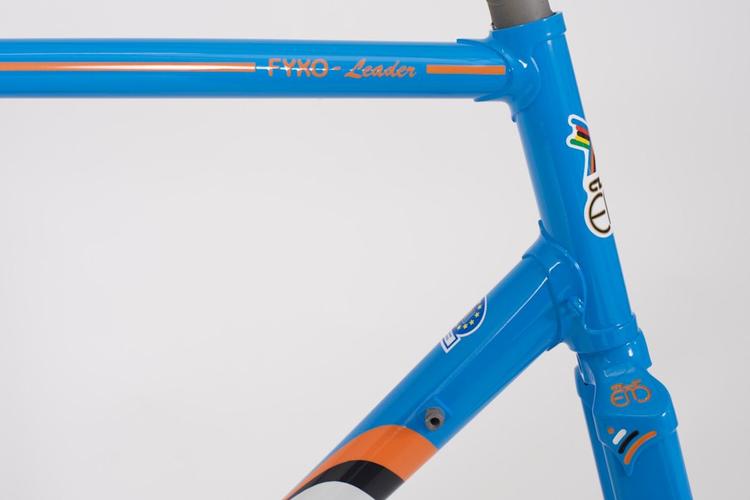 Nobody knows Eddy like Andy White from Fyxomatosis, so when Khalil contacted Andy for a one-of-a-kind MXL, he went overboard. Custom FYXO livery, custom FYXO decals, custom FYXO everything. Or as Andy puts it “no corners cut, no bullshit treatment“. This Merckx Mondays is a dedication to those who do it right. Andy, this is amazing. 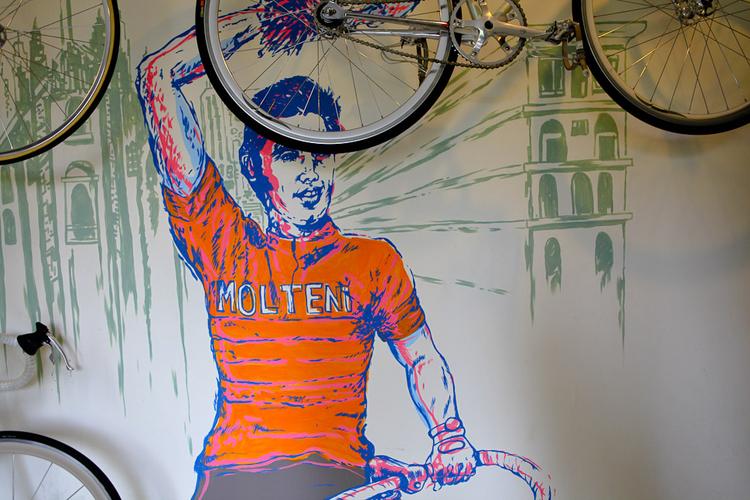 As we were riding over to Eppy’s house, everyone kept telling me about his Merckx collection and a mural that Woof painted in his bike room. I had no idea what to expect, so imagine my surprise when I saw this Molteni painting staring me down as I entered this room. The joke of the afternoon was “there’s like 4 weeks worth of Merckx Mondays in there”… 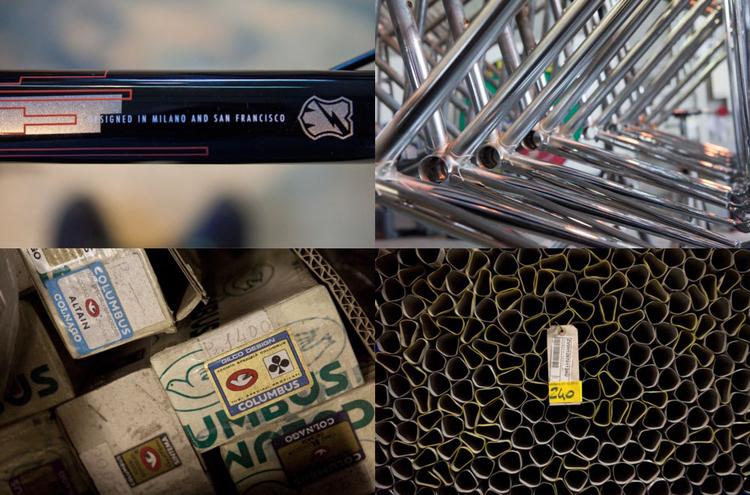 Mike is over in Italy right now, visiting Cinelli and Columbus for a little PR&D. Not many people can say that their frames are designed in Italy, in conjunction with one of the most repsected names in cycling. I can’t wait to see what they’re cooking up. See more great vignettes into the world of Cinelli and Columbus at the Mash Blog. 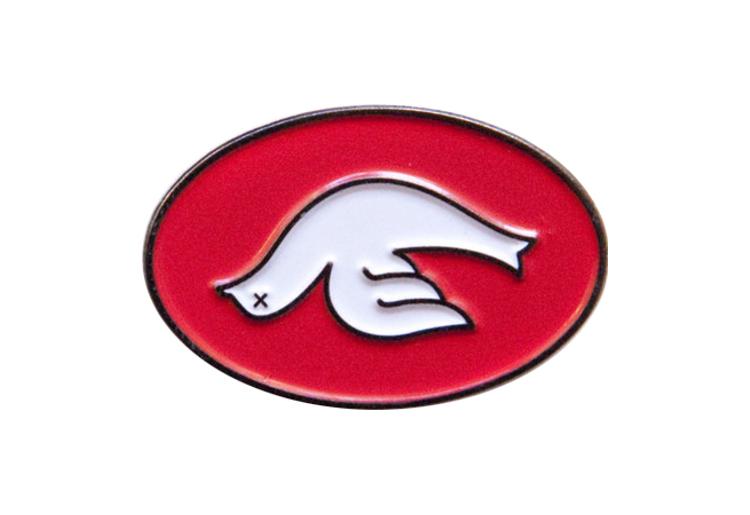 Mash has just upped a few more little accessories to their web shop, including this “Dead Dove” pin. Head over to swoop one now, I just did! 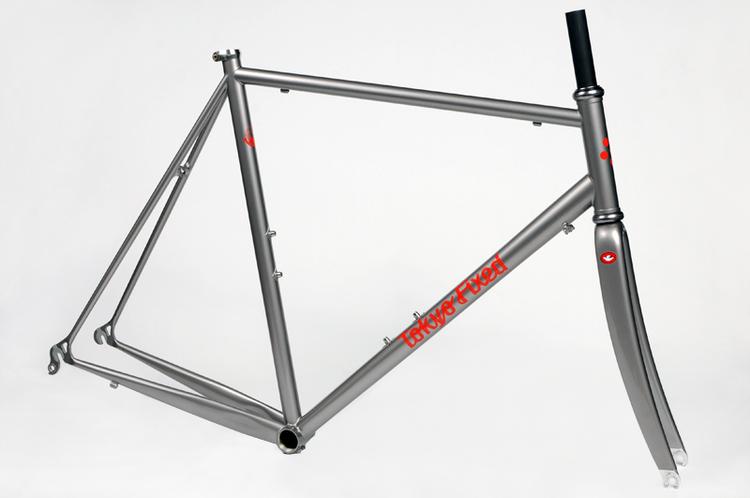 Tokyo Fixed Gear‘s frame lineup for 2012 is rounded off with their new road model, the Road Rocket. If you’re in London, swing through the shop to test ride one, beginning today.

“With the Road Rocket we went ahead and indulged by designing our dream road frame. We have used our favorite tubing (Columbus MAX chain stays and down tube, Spirit seat tube and head tube and a skinny Keirin top tube & seat stays) to deliver performance in all the right places. The frame weighs 1.7kg / 2.06kg inc the Columbus Minimal full carbon fork. The Road Rocket is a credible contendor against titanium and carbon frames with all the comfort and durability steel brings. Estimated retail price will be £775 frame only / £900 frame and fork. Our first shipment is in the water now and will be with us very soon.

We will be offering the Road Rocket as a great value complete as well as a framset with a choice of Shimano Ultegra or 105. “

Check out more at the Tokyo Fixed Gear blog. 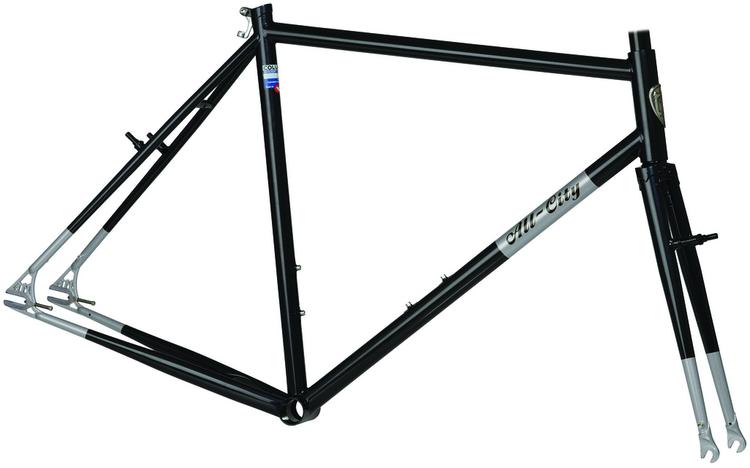 Of course, if you wanted a single speed that weighed a little less, you could always go with the All-City Nature Boy Zona:

These bad boy’s are now decked out in black and silver and will be arriving in September.

Last year our run of 80 framesets sold out in a flash, so if you want this 1/2lb lighter version of the Nature Boy with a Press Fit 30 Bottom bracket, you need to act quick.

We are taking preorders now, so get into your local shop and let them know that you want one.

Like last year these will only be coming in 4 sizes, 49,52,55, and 58.  However this year we tweaked the geo so that the 49 and 58’s mimic the standard Nature Boy (last year they were .5 mm shorter and longer respectively).” As you might have guessed, the Reader’s Rides posts are hard to stay on top of. I get so many emails from people showing me their latest rides and I can’t conceivably post them all (yet). For now, I’m relying on people like Guilherme who posses a great eye for composition, as well as a Beautiful Bicycle. His De Rosa SLX Professional caught my eye. Perhaps it’ll catch yours too.