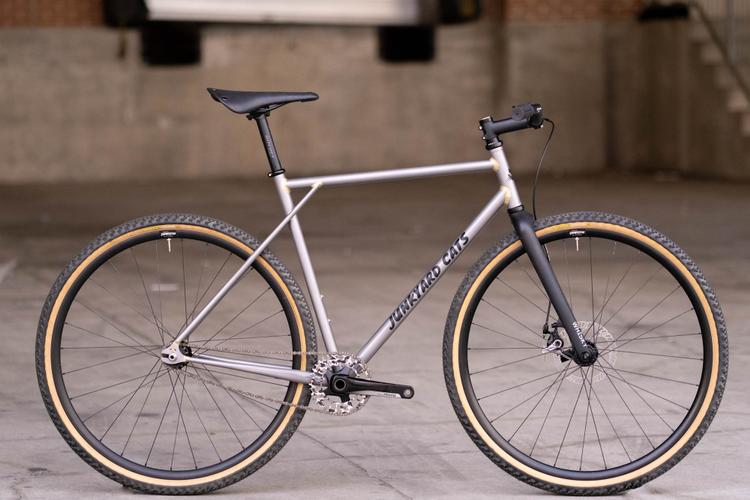 Junkyard cats are notoriously difficult to wrangle, which is why we don’t have any portraits of Casey Sussman or Stephen Bilenky from this year’s Philly Bike Expo. What we do have, however, is a photoset documenting the duo’s new Tracklocross bikes from their collective endeavor Junkyard Cats. Paying homage to Junkyard Cross races of yesteryear, bikes that Sussman (Mars Cycles) and Bilenky (Bilenky Cycle Works) build together will feature the Junkyard Cats name, including a five-size, five-color run of handmade, lightweight steel, raw, un-filed fillet brazed Tracklocross bikes. Jarrod Bunk pulled one of these Tracklocross builds aside to photograph at this year’s Philly Bike Expo, which we’re looking at in detail below. 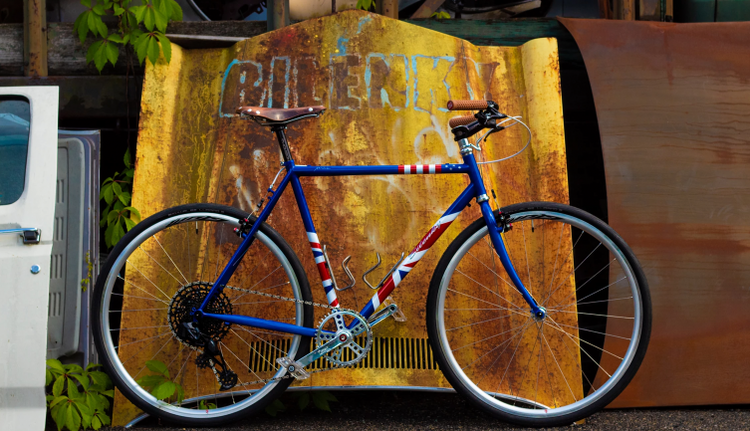 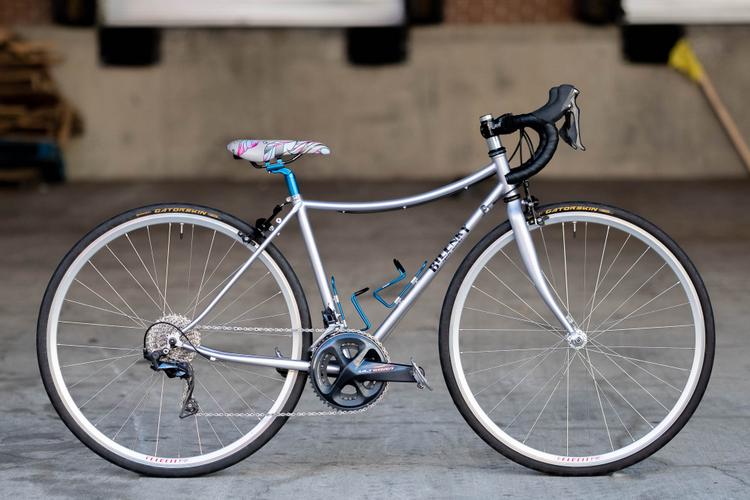 Part of the job of a framebuilder is to address their client’s concerns and for shorter riders, having a bike that rides like it should can be a challenge. At the Philly Bike Expo this year, Bilenky took hold of one such challenge, managing to build a bike with ample standover while not sacrificing geometry or, most importantly, the ride quality.

A Craftsman’s Legacy looks at makers of all sorts, including Bilenky Cycle Works. 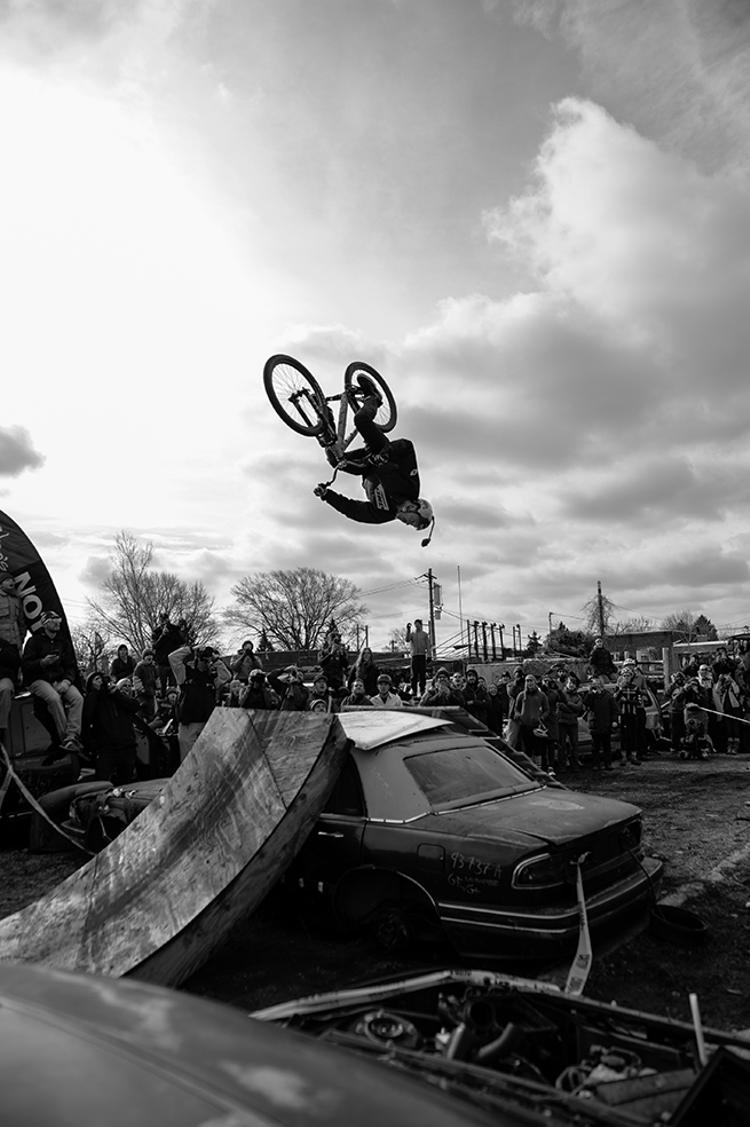 Year after year, Bilenky‘s Junkyard Cross brings in a varying crowd of cyclists from the party-racers to the pros. This year however, Steve and the gang played their cards a little differently, embracing the SSCXWC in Philly and throwing Junkyard Cross as the qualifier for the main event. Things got weird for sure…

Photographer Chris Lee was on the scene with his 35mm SLR and DSLR to catch all the action. Check out some selects in the Gallery!

Is almost too purple for even me. Almost! See more of this rad machine at Urban Velo!

I love this video so much. If you are a supporter of hand-made bikes or hand-made anything, you should watch it. 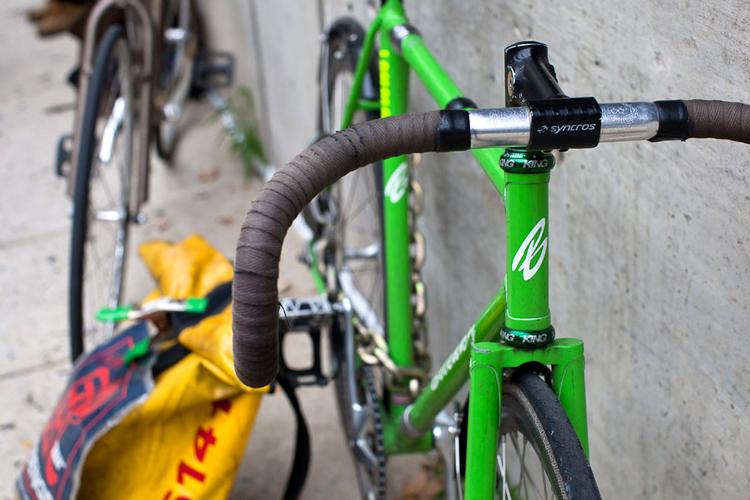 I’ve been spending the past few days going through my “Year in Review” content and I stumbled upon these photos from the 2012 Philly Bike Expo that never made it up on the site. If you’ve spent any amount of time in Philly on your bike, chances are you’ve seen this bike zipping around town. Jorge’s Bilenky track has seen plenty of street time in its day. Prior to Jorge owning it, this green machine was owned by Roland at REload. Made by Bilenky in Philly, complete with S&S couplers, this is the ideal travel bike. I even hear there’s an S&S REload bag to match. More people need to make S&S bags!