Small Package but Big Fun with the Santa Cruz 5010 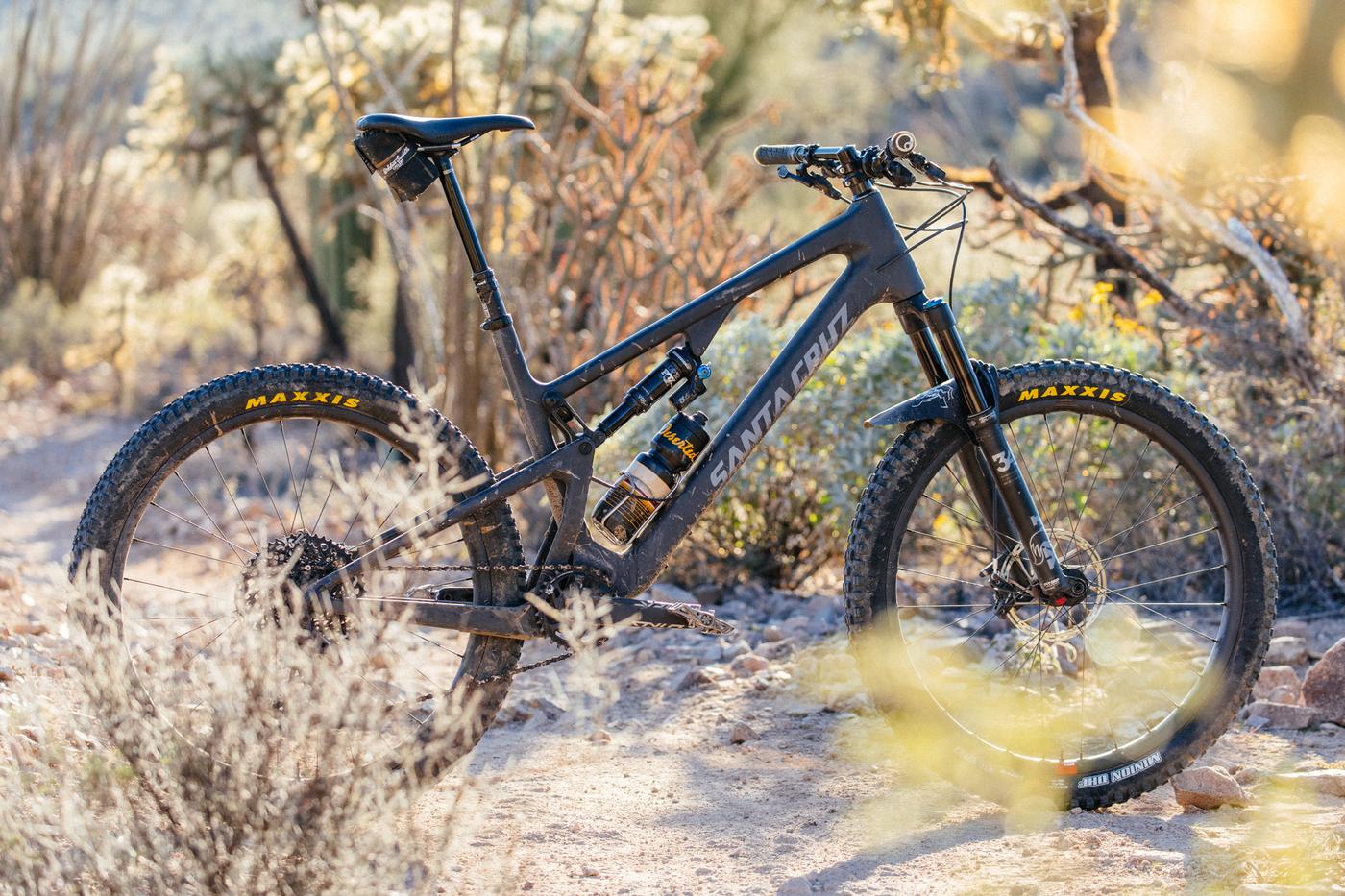 New for this version is an updated suspension design with Santa Cruz’s platform of choice: VPP. The brand uses this design in two manners, one approach uses an upper link mounted shock and the other uses a lower link to mount the shock. Bigger bikes use the lower link design, because it’s less likely to bottom out on big hits or drops, leaving the upper link design for bikes like the 5010. This makes the bike feel lighter on its wheels, pedal more predictably, and be a tad bit more nimble both on the ground and in the air.

So there it is, the lil brother to the Bronson and Nomad. Sittin’ all cute, with its little tires and upper link mounted shock. Don’t sleep on the 5010 though, because some might say its perceived shortcomings are in all actuality what makes this bike so much fun. 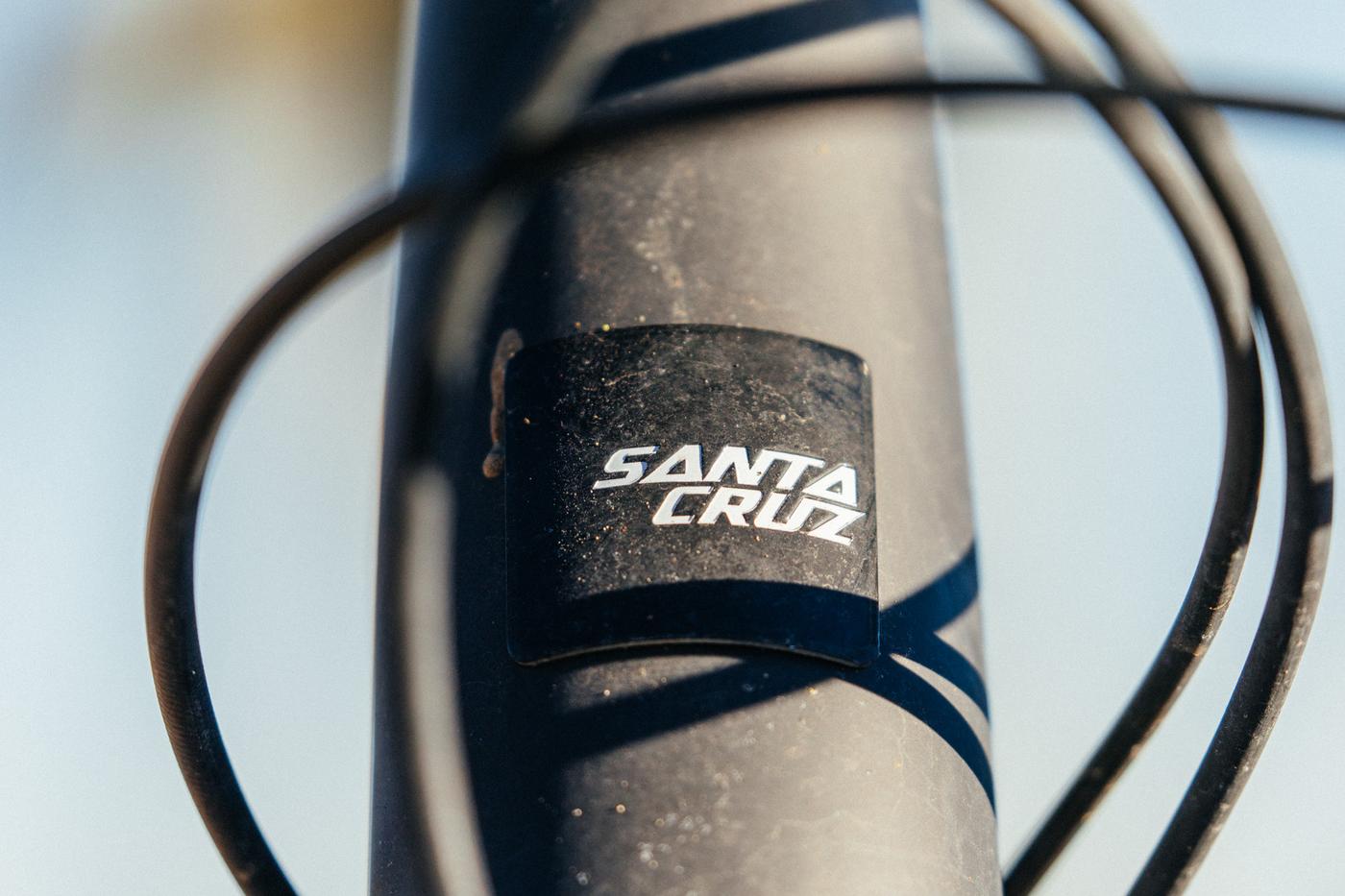 As noted, the current 5010 got some substantial geometry updates, or upgrades depending on your perspective. It is now 15mm longer with a HTA of 66.5º and the STA is now 75.2º. Hold onto your butts… the 2019 5010 now utilizes a flip chip to allow the rider to tune the ride based on tire size or preference. You can keep it high, or shift it low, which drops the BB 4mm, the head angle slackens to 66.2º, and the seat tube drops to 74.9º. While one of these adjustments on their own might not be a big deal, when you combine all three it really does change the feel of the bike.

While Santa Cruz promotes this chip flip to be used in the low position when using 2.6″ or 2.8″ tires, I found that I liked the bike better in the high position with either tire sizes, 2.3″ or 2.6″.

For those wanting something other than matte black, which is understandable, Santa Cruz offers the 5010 in a gloss purple. For those who like aluminum, there’s even an aluminum version available! 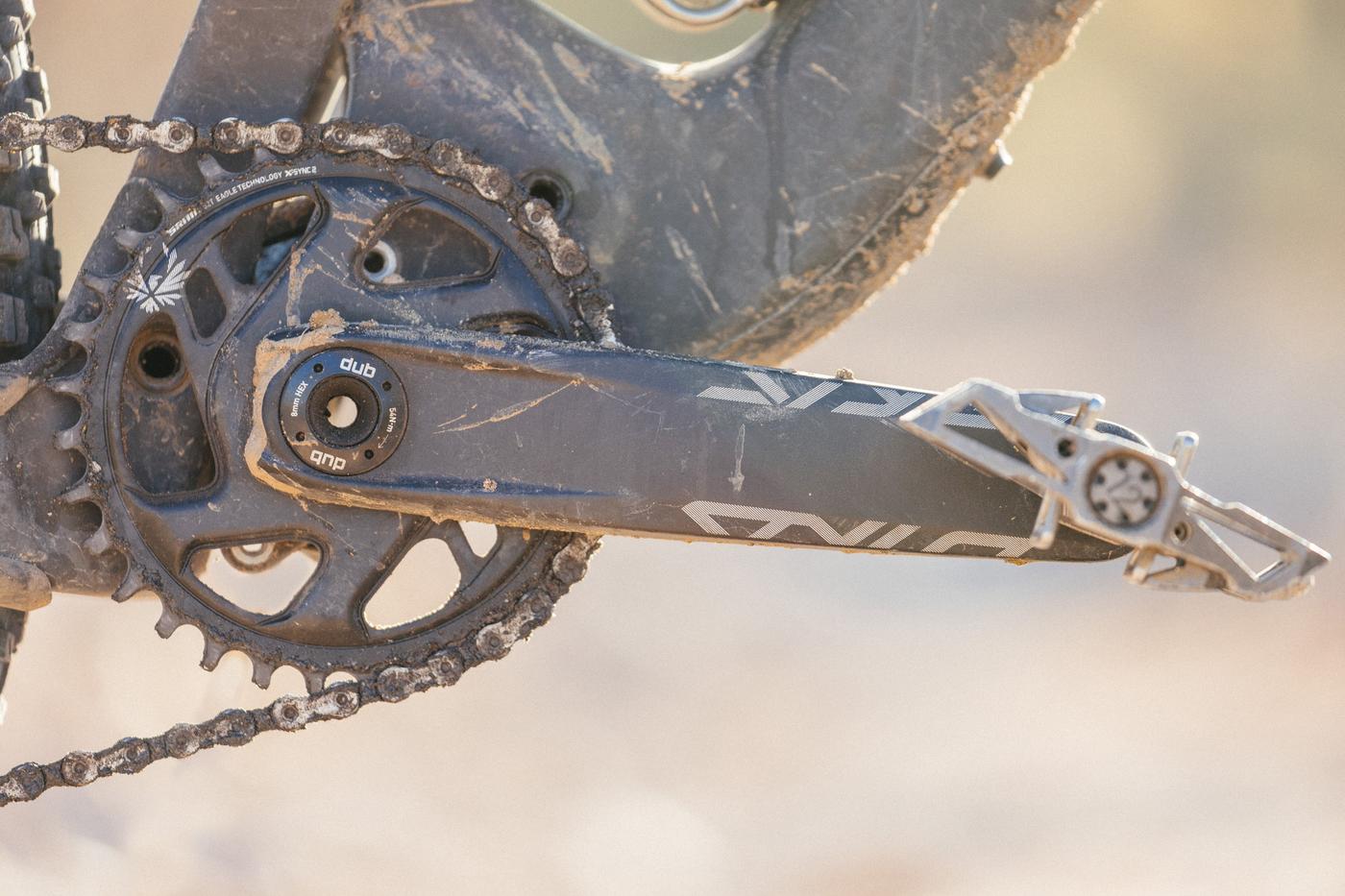 I wanted to ride their lower-end spec carbon frame. So rather than XX1 or X01 parts, this build comes with GX and aluminum Stylo cranks, along with Guide brakes, a Reverb, yet I asked for them to include Santa Cruz Reserve wheels in both 37 and 27 widths. I tend to not notice a major difference in riding the higher end SRAM MTB stuff and the lower end stuff like GX, plus it brings the retail down considerably, even with the carbon wheels. It stil comes with the very capable Fox 34 and Fox DPX2 shocks. Then, because I like wider bars and shorter stems, I added my own Paul Boxcar and Salsa Rustler bars. As it sits here, this bike would be around $6099. 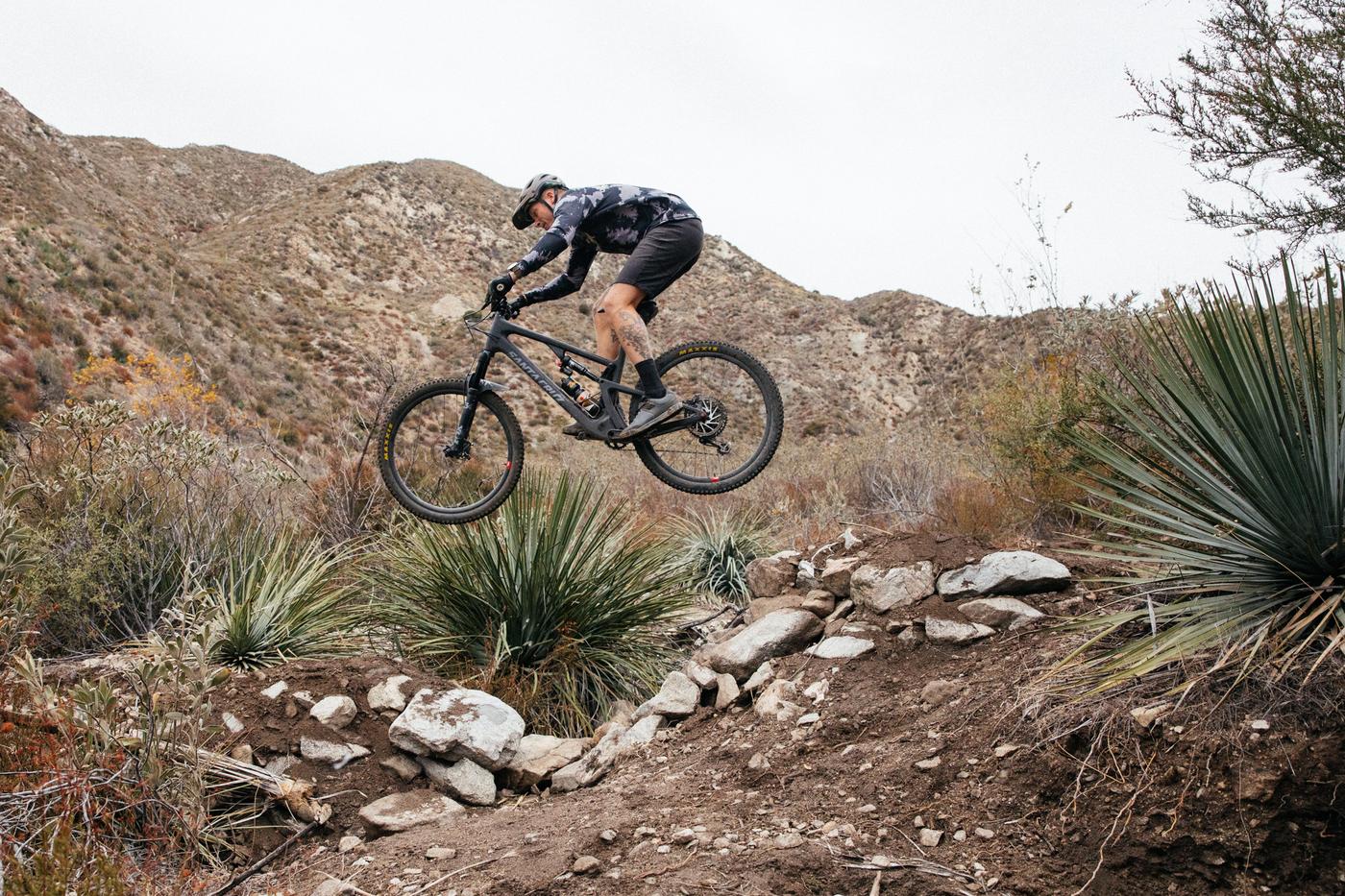 As someone who is perfectly fine riding hardtails, reviewing a bike like the 5010 is a real treat. Coming from an older Tallboy and the current Bronson as my previous experience with Santa Cruz Bikes, I was amazed at how well the 5010 climbed. In Southern California, climbing is 75% of your riding, so when a bike climbs well, it makes a world of difference. In fact, the previous two Santa Cruz Bikes I rode didn’t climb all that well by comparison. Perhaps one of the reasons I love hardtails so much is how much better and more efficiently they climb. The longer, slacker, and lower mantra doesn’t mean shit to me in terms of climbing, but that steeper seat tube angle really helped the pedalability of the 5010 in the upward direction.

Where the 5010 really comes alive is on the descents. While a bike like the Bronson or Nomad is designed with this in mind exclusively, the 5010 demands respect in this field. Because it’s a lighter package, with a more nimble stance, and that upper mounted shock, it feels more lively when cornering, jibbing, and is more likely to correct itself when a bad turn is made. I’ve opened it up more than I like to on my local trails, only to be amazed at how many times the bike has saved my ass when I over or understeer, or land slightly off-camber after a jump. For me, being nimble is more important than breaking the sound barrier on a descent. 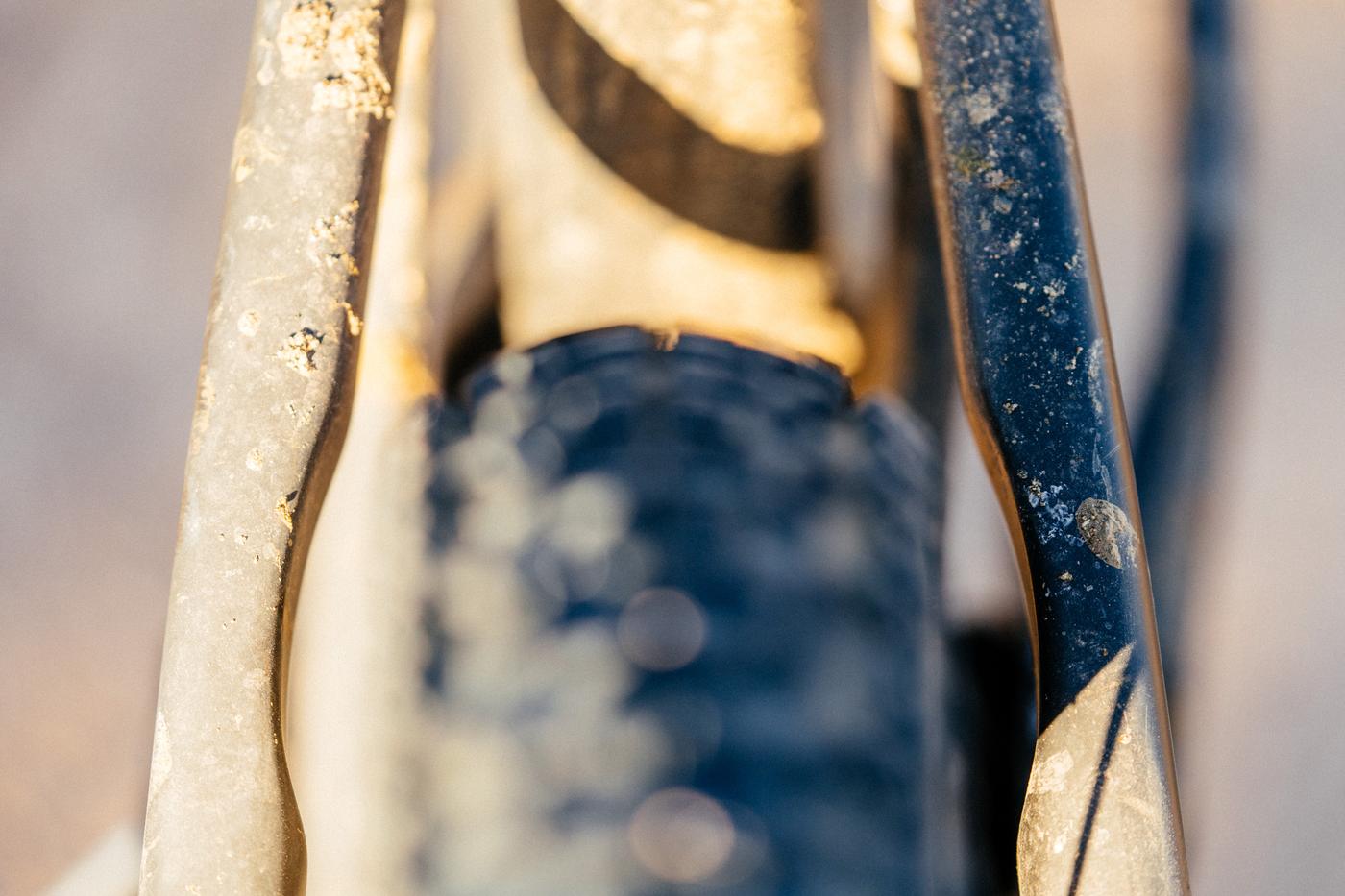 Unless you’re racing, I still think the wider tire you can fit in the frame, the better. For years, the mountain bike industry passively embraced plus sized tires. Sure, brands offered the compatibility, but when you talk to the product managers, engineers, and other people working at the companies, very few are actually believers in plus-sized tires. I get it too. When you’re comfortable on a 2.3″ or 2.4″ tire, the need for a 2.8″ might not be there. For me, however, I love the way a 2.8″ tire descends, but they tend to feel sluggish on climbs. I was anxious to try out the 2.6″ tire, but really wanted to give the 2.3″ tires a chance before swapping the wheels out. You know what? I liked the bike with 2.3″ tires a lot. I rode it with the 27mm Reserve wheels and 2.3″ tires for a majority of this review. I almost didn’t want to swap the tires but I’m glad I did.

Once I went to the 2.6″ width I quickly realized what I was missing. Traction while descending, grip while climbing, and a bigger landing platform for jumps and jibs. 2.6″ for me, is just better. Less chattery, less like a razor and more like a hovercraft. 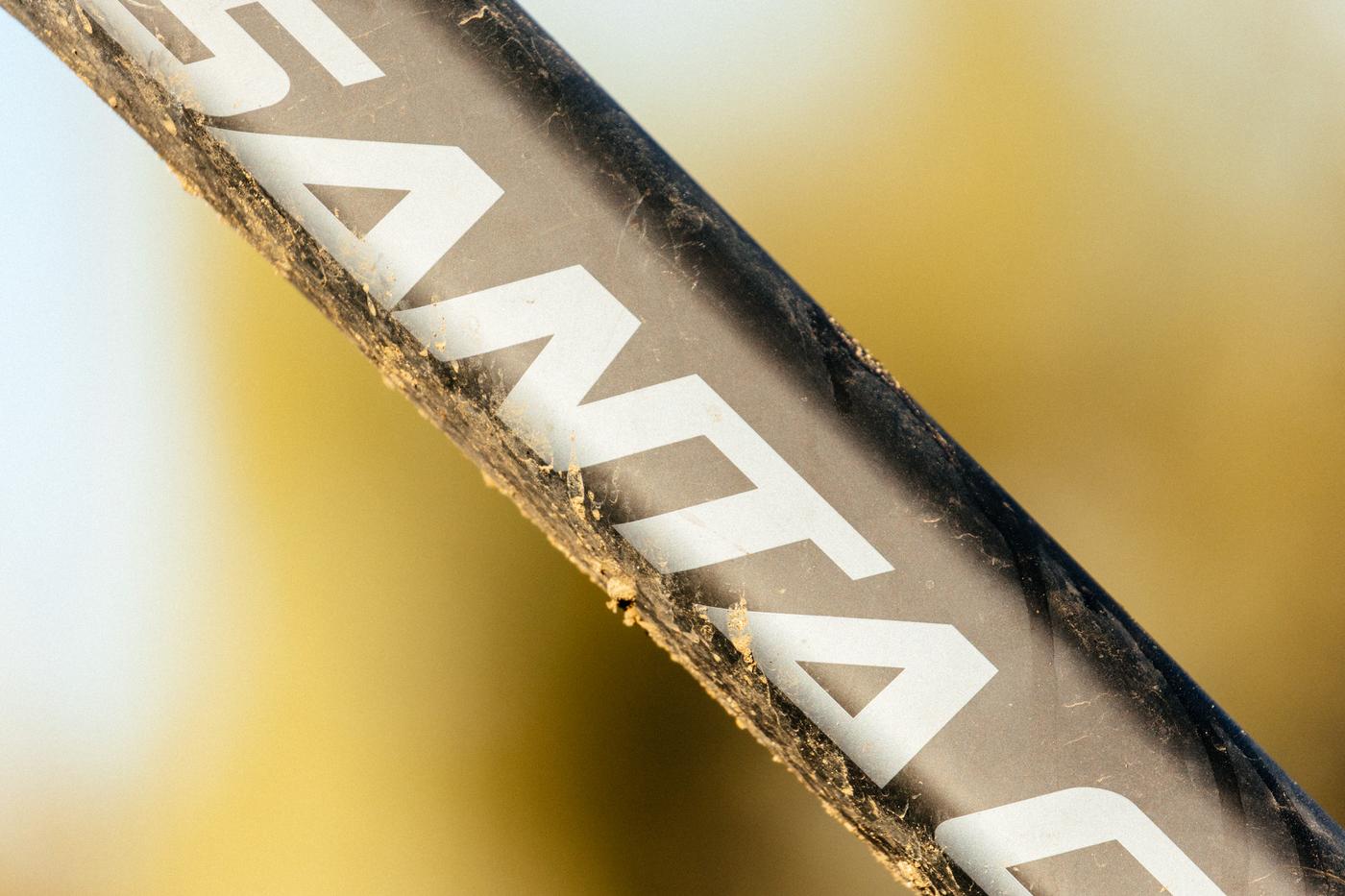 With a review like this – which is positive, if you can’t tell – there has to be some negatives. For me, my only complaint is the finish of the matte black. Matte paint sucks. Semi-gloss is only slightly less sucky. Every bit of cacti or yucca overreaching on the trail scratches it. Bike racks, rocks, everything that is sharp or hard scratches the finish on the bike. I’ve had it for a few months and it looks like it’s been to a warzone. Apologies for the comparison. Another complaint is the bar width spec. There is no reason an XL frame should come with a 760mm bar (!!!!!!!!) Just sell it with a 800mm bar. If it’s too wide, you can always cut them down, right? Who rides a 760mm bar on an XL? 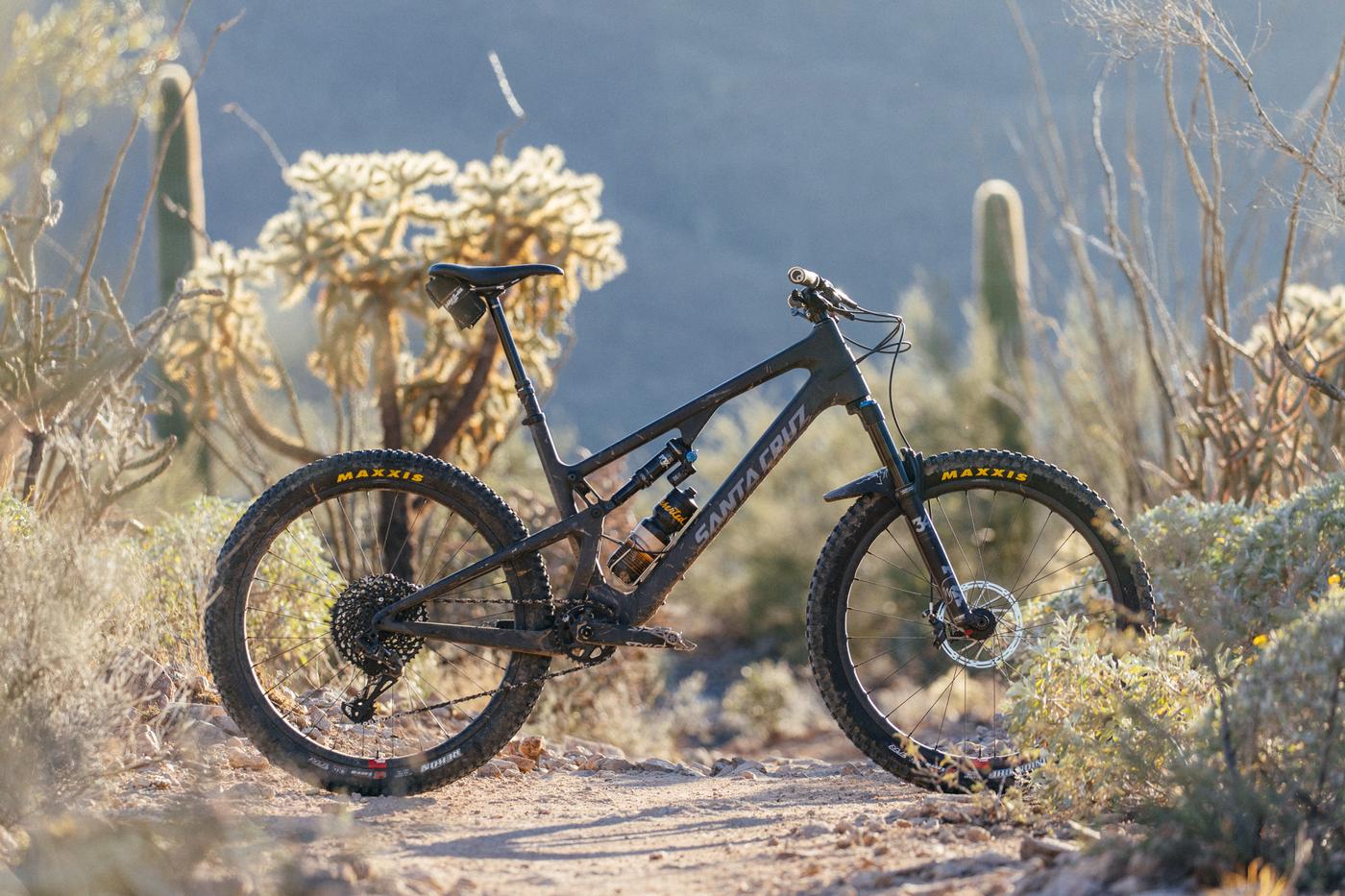 The 5010 is a formidable ally on the trail. It’s a bike that climbs as well as it descends. Is light on its feet – think more boxer, less wrestler – and in a lineup of heavy hitters like the Bronson and Nomad, it holds its own. With pricing ranging from $2,600 to $9,199, there’s something for everyone – at least when it comes to full suspension bike pricing!

Don’t gloss over this bike, unless we’re talking about the paint, and don’t be afraid to send it!

Check out Santa Cruz Bicycles for more info and your local dealer to check one out.

Follow Santa Cruz Bicycles on Instagram and thanks to David Smith and Kyle Kelley for the action shots!