While I pull together our Ruta Del Jefe coverage for tomorrow’s post, I wanted to share with you a bike that has eluded me over the years. I’ve long admired Jordan’s Sklar Bikes 29er tourer but never got a chance to document it because before I could, it got stolen! Jordan got it replaced by an identical bike and in some form of celestial serendipity, my path crossed with Jordan this weekend and I got to relish the experience of photographing this lovely machine! Jordan is a bike mechanic by trade but lately, he’s been hanging out in Southern Arizona putting in miles on this beautiful machine. You can tell by that golden tan he’s sportin’. This bike was designed along with Adam Sklar to take on rough and rugged two-track, cross-country tours, and everything in between, literally. Jordan rode this bike from Montana to Texas and various other long-distance tours. For the past few weeks, it’s taken him all over the San Rafael Valley and beyond.

A few years ago, Jordan’s original bike was stolen while he was at a local deli, prompting Adam to re-build the bike pictured here. 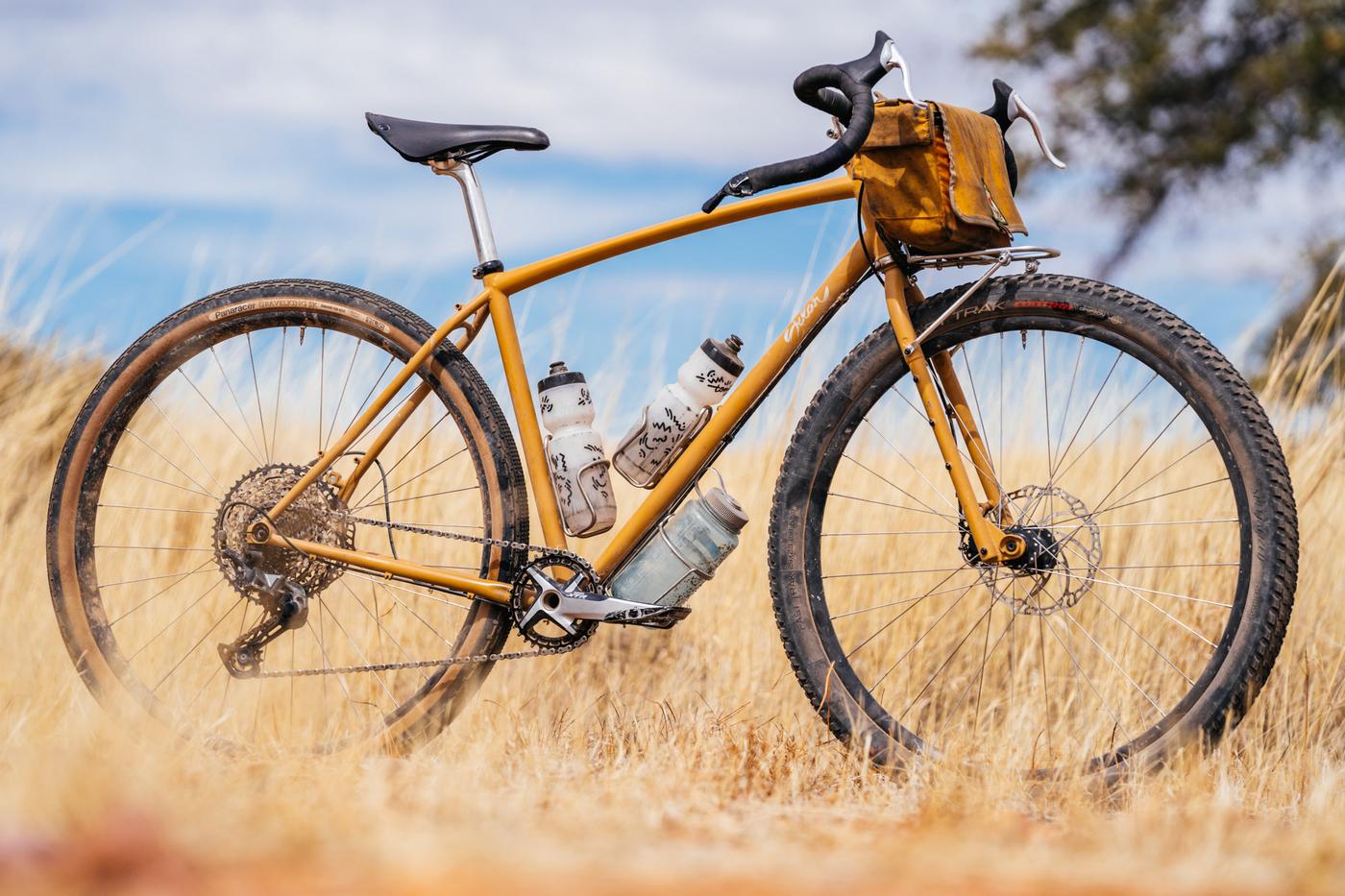 The addition of the larger tire in the front for Southern Arizona roads suddenly made this steel tourer even more capable. The steel unicrown fork is fitted with rack and cargo bosses, which match the rack mounts on the steel frame. 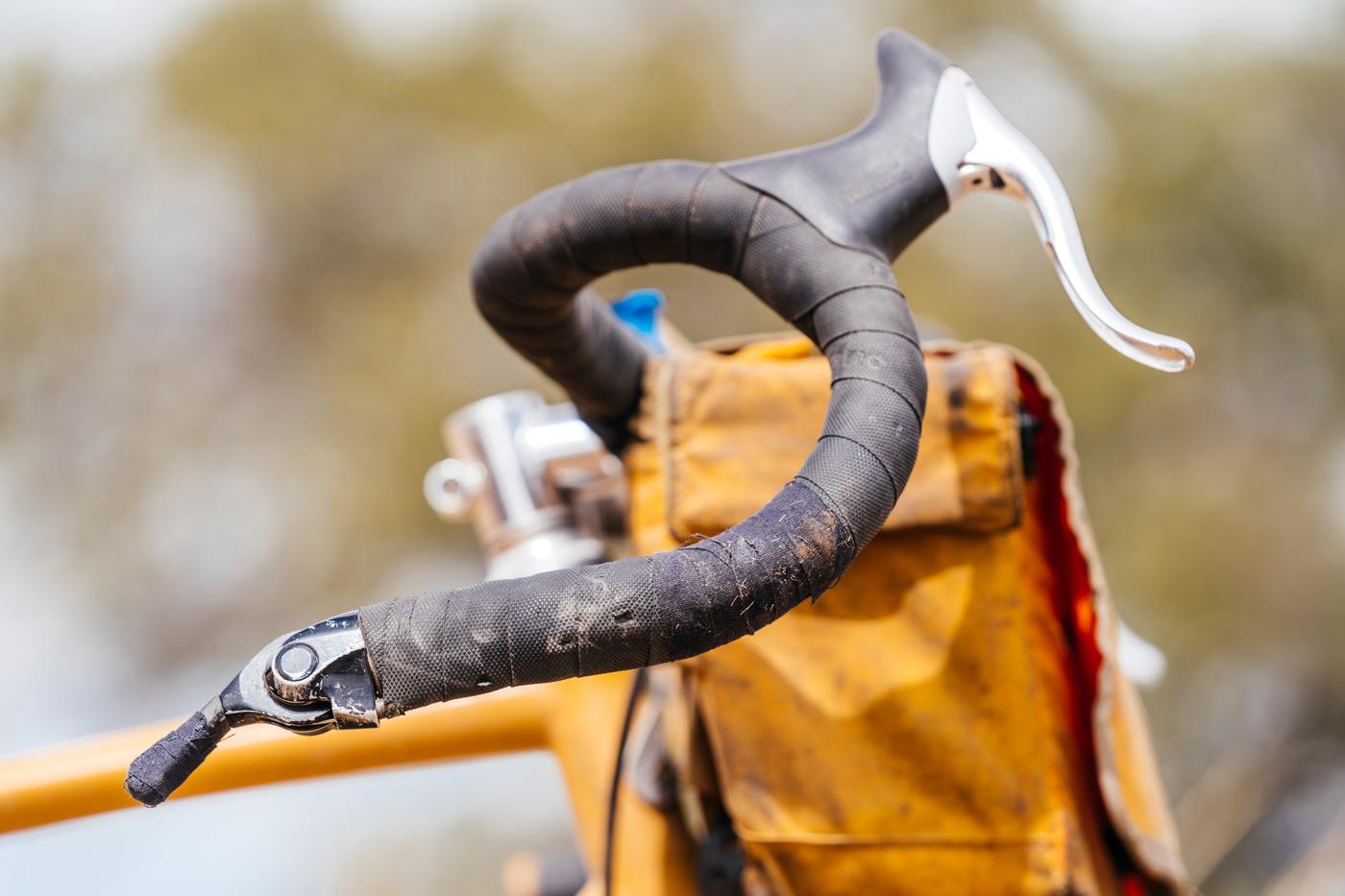 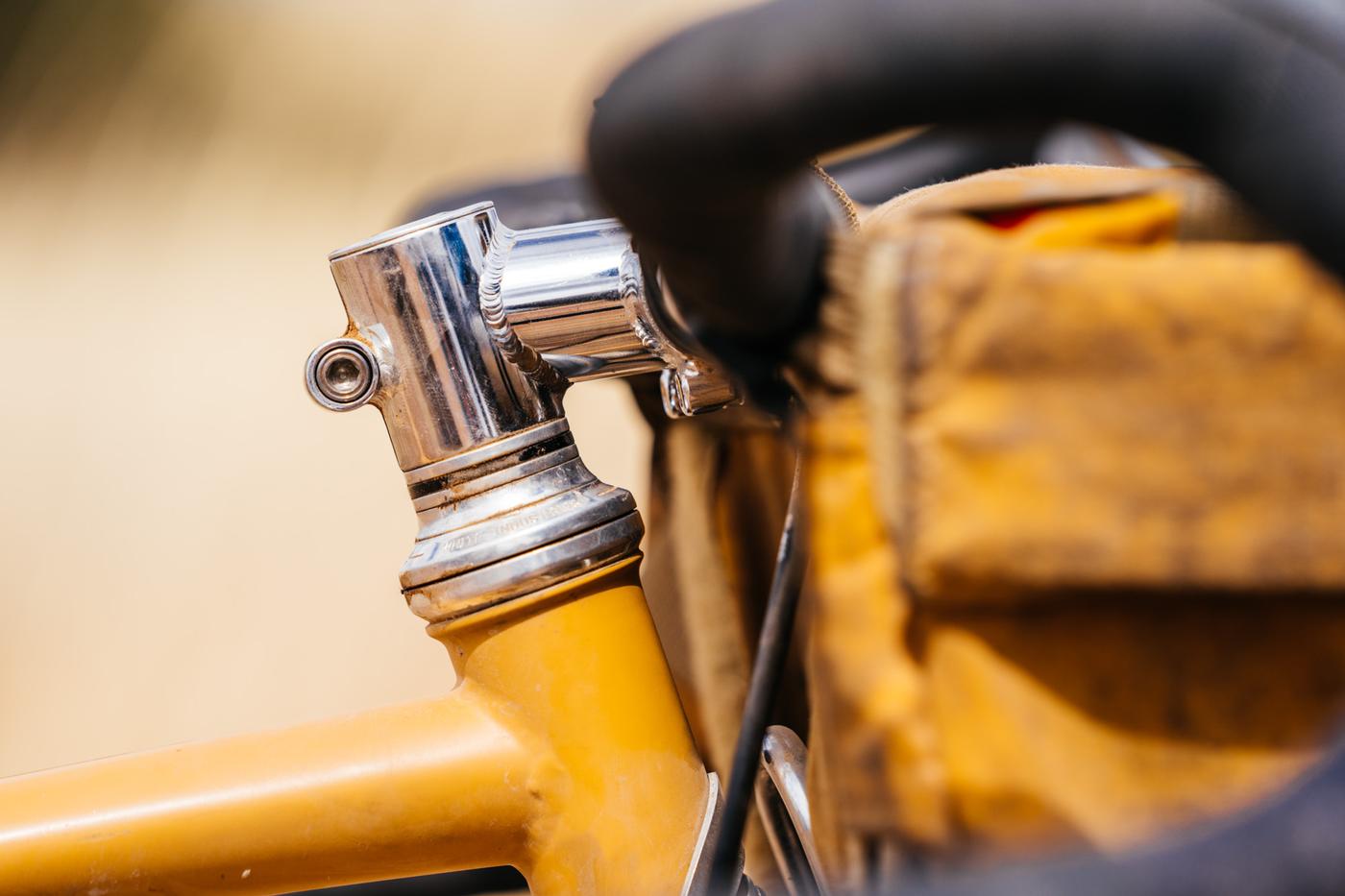 The barcon shifts a MTB rear derailleur and XTR cranks with a Chromag MTB chainring give this drop-bar bike the gearing of a MTB. The Sim Works stem, Nitto Rack and White Industries headset supply a bit of classic flash to the cockpit. The handlebars are the über wide Crust Towel Rack bars and they’re holding one of the Ron’s Bikes Fabs Hip Bags. It’s been a while since we’ve posted such a short bike check but man, look at that thing. It speaks for itself! Thanks for the time, Jordan. Good to see you homie.