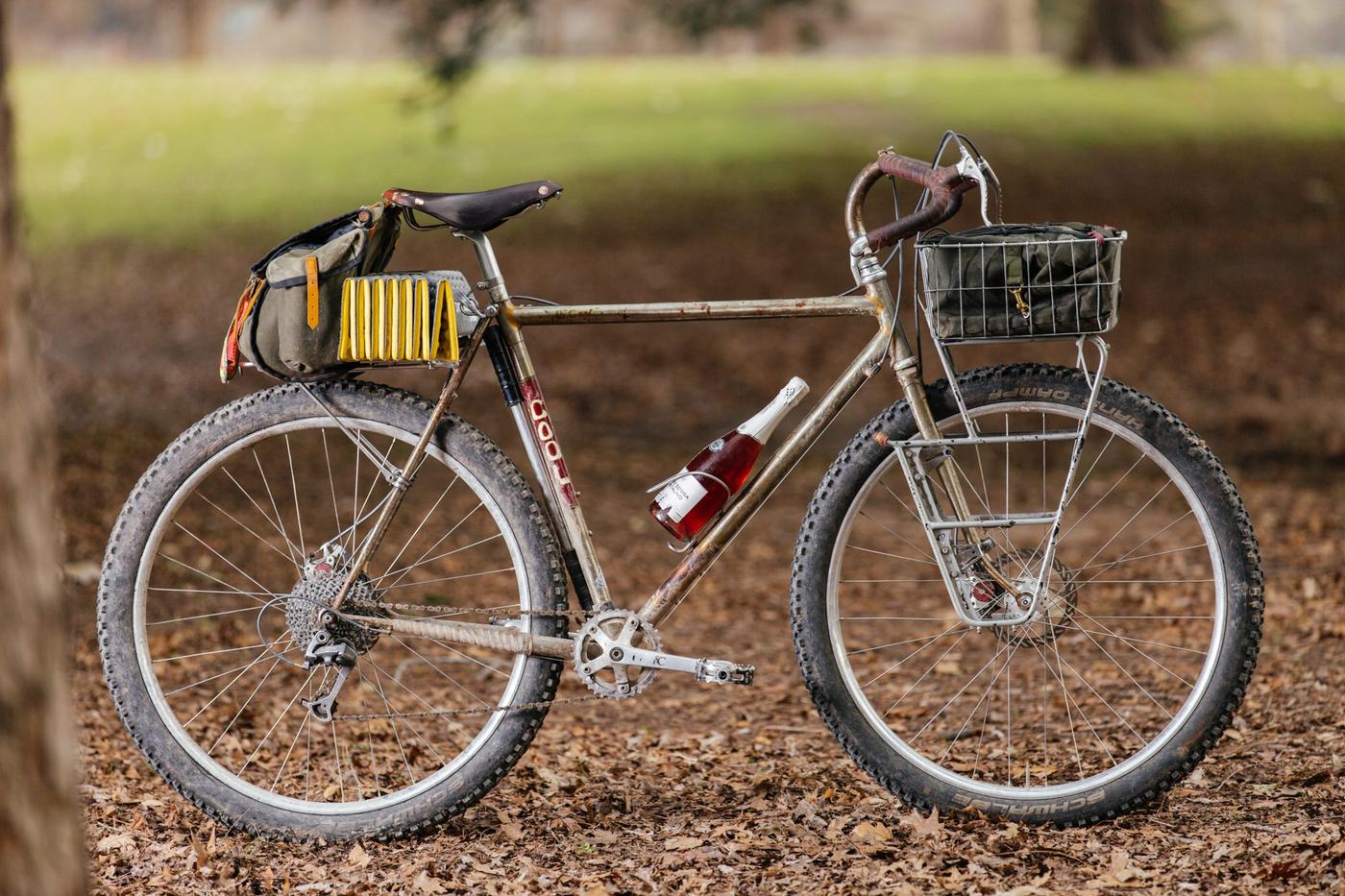 This bike was born at a different time. Sure, there was Instagram, but it didn’t have a stronghold on cycling culture. There were no influencers yet, no real means of monetizing the app, and most of the photos were straight from your cellphone. The idea of posting a DSLR shot was sacrilege, especially for Benedict, err Ronnie as he’s now called, whose early Instagram feed was filled with highly-saturated, full nüke sunsets, and tanned torsos. Prior to this photoshoot, I had shot a few of his bikes but I really wanted this shoot to be special. The photos are still to this day, some of my favorites in the entirety of this ridiculous catalog of cycling couture. 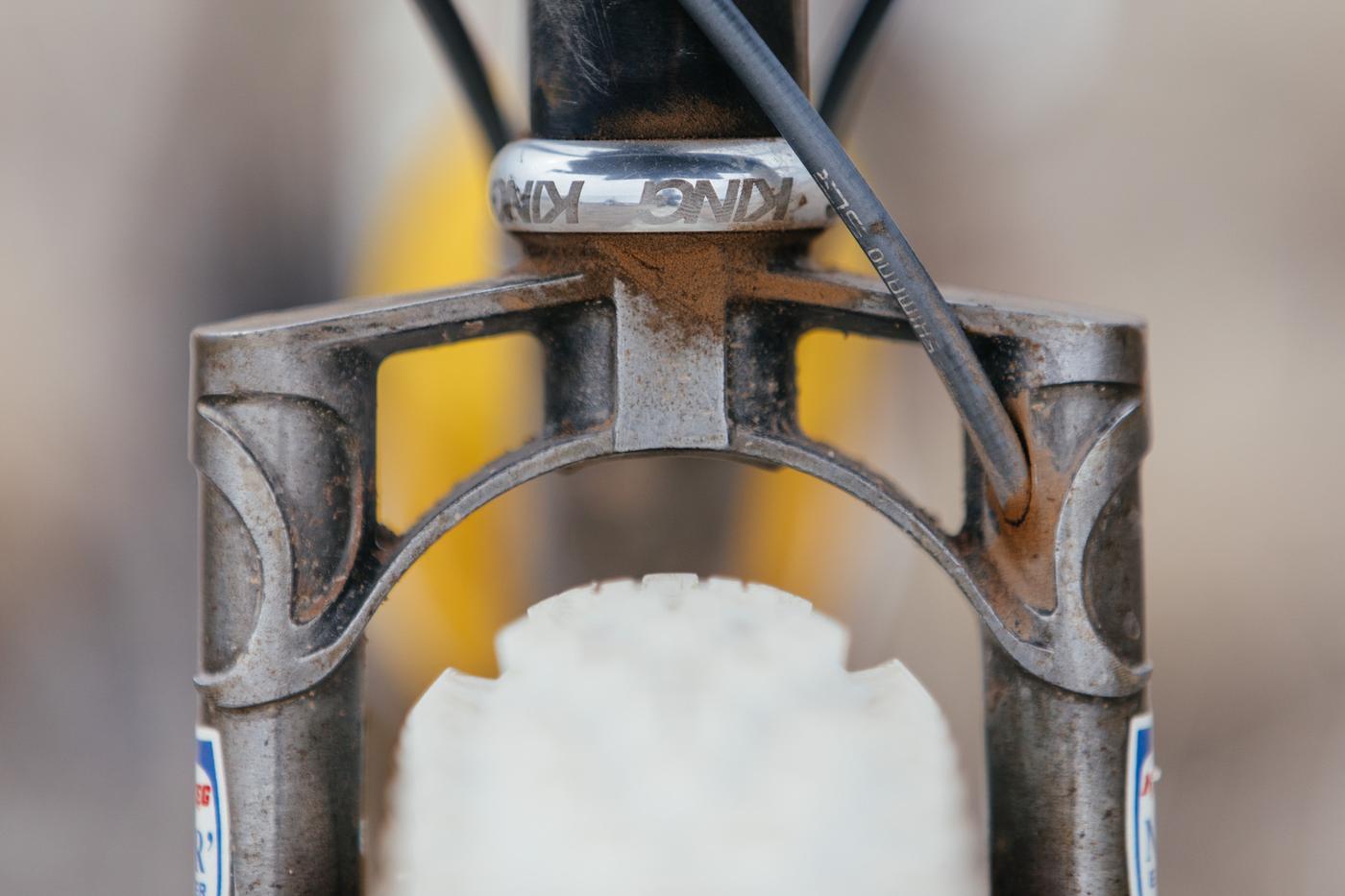 Shortly after I documented this steed, the fork buckled on this bike as the result of a bad line on the trails one day. With that wreck, the downtube was damaged as the result of a bad after-market bottle cage braze-on installation. Slowly, the bike began to deteriorate. Bene placed the frame in his parent’s basement where it awaited an unbeknownst resurrection many years later. 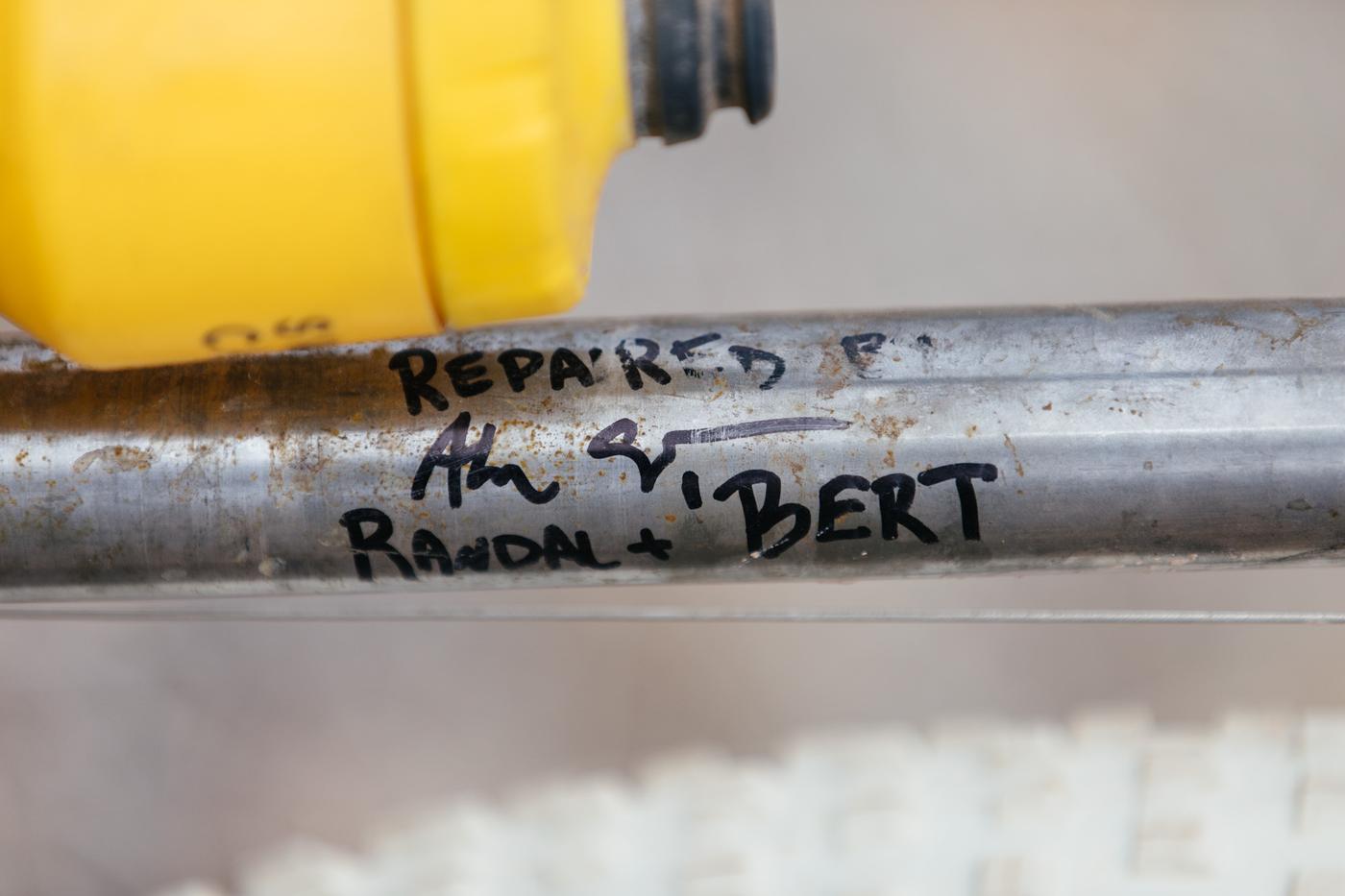 This winter, five years after it was laid to rest, he drug the frame out from its resting place and brought it to Tucson. Clockwork made a new, stouter fork for the frame. One that could handle a good mix of trail and touring. From there, it needed a new downtube, which was left up to the capable hands of Hubert from Madrean Fabrication and Adam from Sklar Bikes. The two tag-teamed the bike, resurrecting it from its pain patina grave. 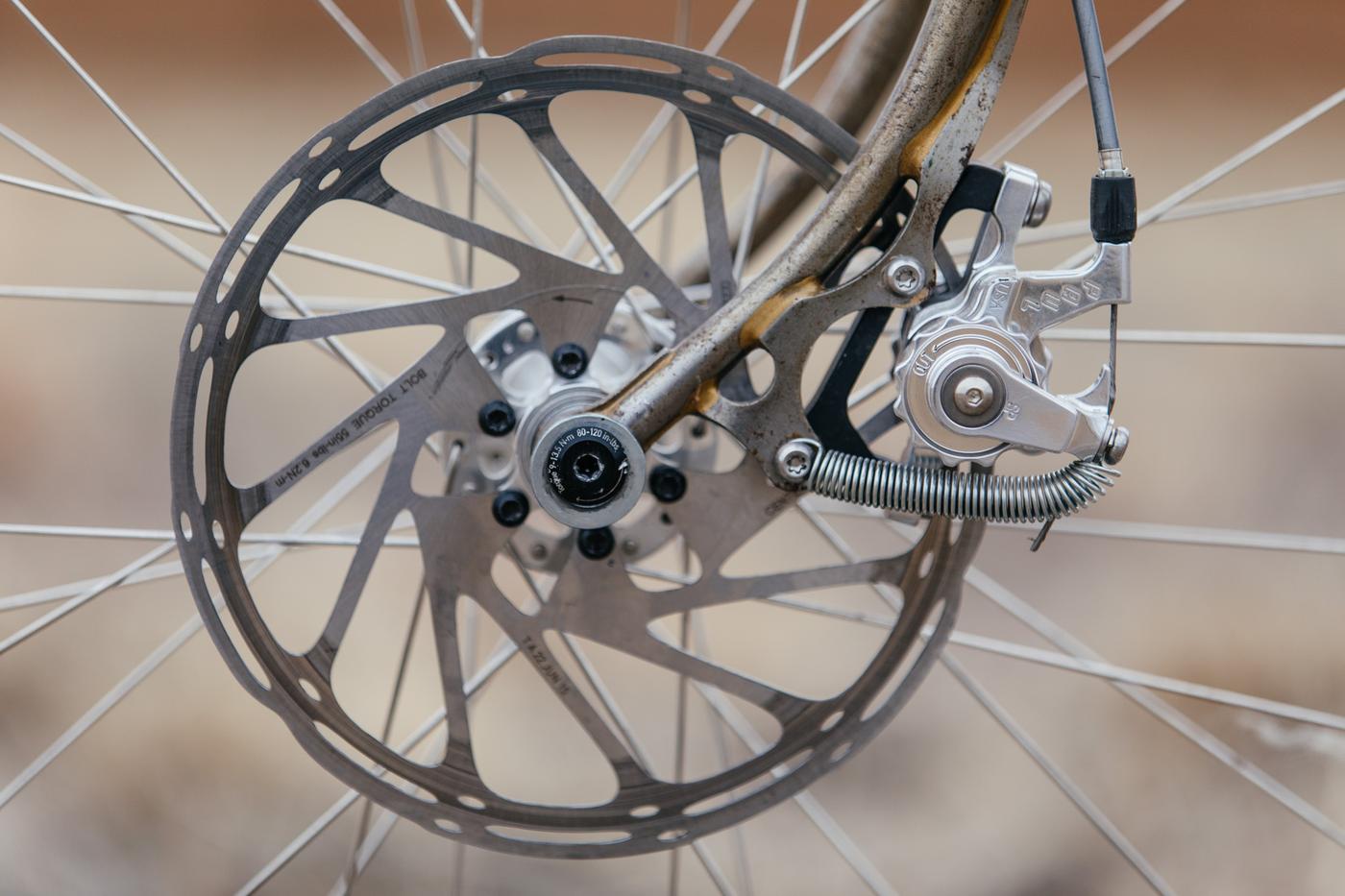 With the new downtube came a new life. New tires, new drivetrain, and some cleverly-modified, spring-loaded Klampers, increasing the rapid return of the calipers, making the levers feel snappier than ever. Oh, and that washer is just spacing out the boost axle to work on the non-boost fork ends. 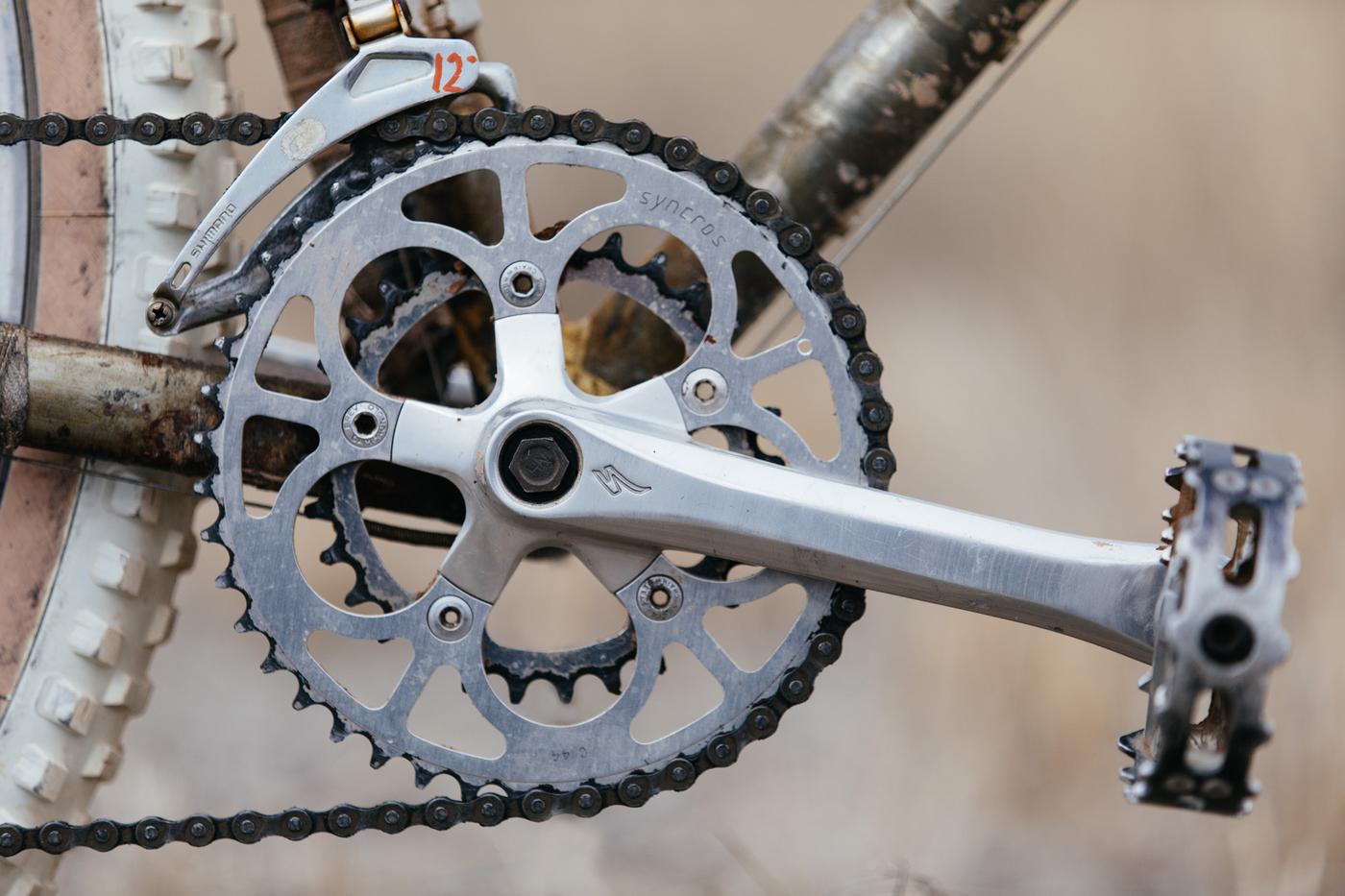 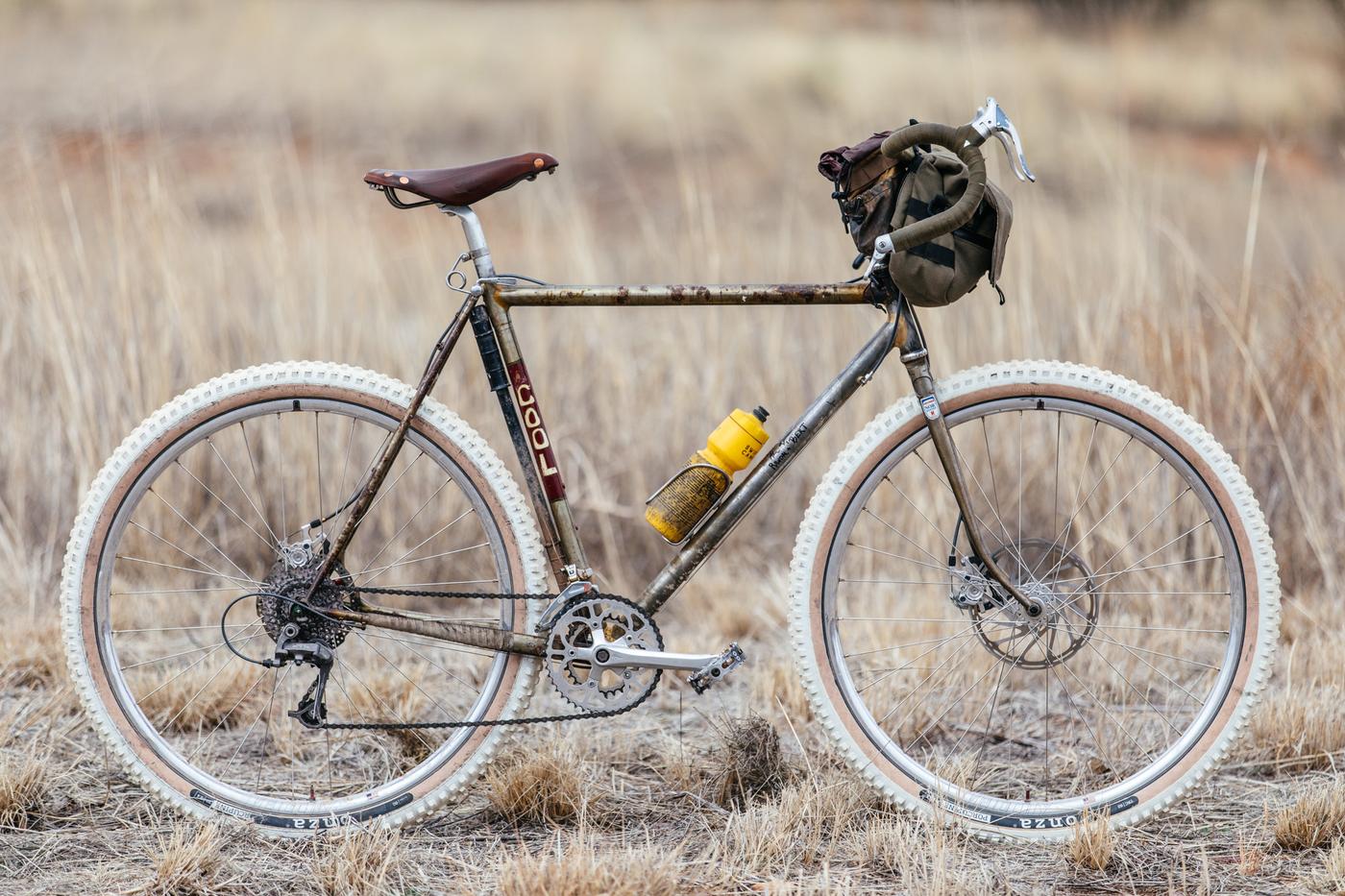 The resulting bike is a real eye-pleaser, especially with those white Onza Porcupine tires!