Open and inclusive environments mean places where people feel safe to explore new things as the fullest version of themselves – Kristin Motley and Laura King of the Rooted Vermont Women’s Gravel Clinic are on track to change the intimidation factor many may feel entering a sport that prior to recent years was dominated by men. Tucked away off of Interstate 89 (one of only two interstates in Vermont) lies Cochran’s. A little ski area boasting half a dozen runs and a handful of Olympic level athletes who started their careers careening down its snow-covered hills in wintertime and blasting over the mountain bike trails during the summer months. This quaint ski area was the venue for the third annual Rooted Vermont Women’s Gravel Clinic where over 150 women from all over the country congregated over the weekend to learn from leaders in the sport about all things gravel bikes, how to build cycling community wherever they may live, and make a few new friends in the process.

As children, my sister and I were known at many New England bike races for our playful and rambunctious behavior cheering from the sidelines as our dad’s voice broadcast over the loudspeaker. We played with zip ties in the back of the announcer’s booth and made confetti from the tall grasses growing in Catamount’s backyard that we’d throw in the air as racers sped towards the finish line. Riding bikes always brings me back to that childlike passion for play and upon a recent return to Vermont, I’m turning back to bikes. 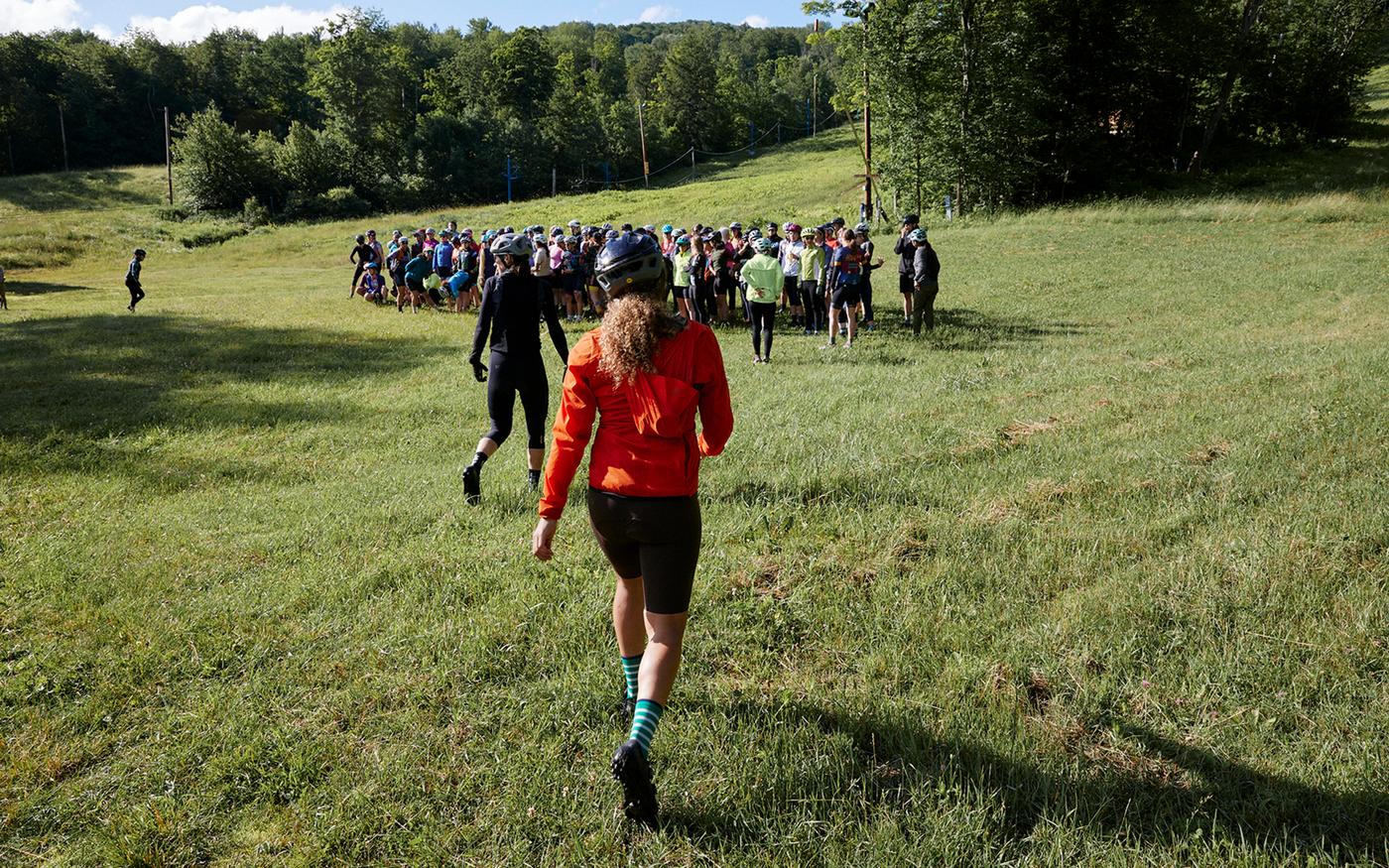 Even as someone with some cycling experience who grew up around the sport, there is still an intimidation factor that comes from trying something new akin to learning a new language. When you weigh in all the choices one has to make around the sport it’s overwhelming: what kind of bike to buy, size tires, electronic vs mechanical shifting, where and how to ride safely, and don’t even get me started on the pucker factor of flying down a dirt road on skinny tires.  With all of this to consider, the learning curve begins to feel as steep as Mt. Mansfield.

Between workshops and speakers, panels, and group rides we had a chance to chat with ladies from all different backgrounds, states around the country and levels of bike expertise to learn why events like this matter and what is the impact they are having on diversity and inclusion within the sport of gravel cycling. 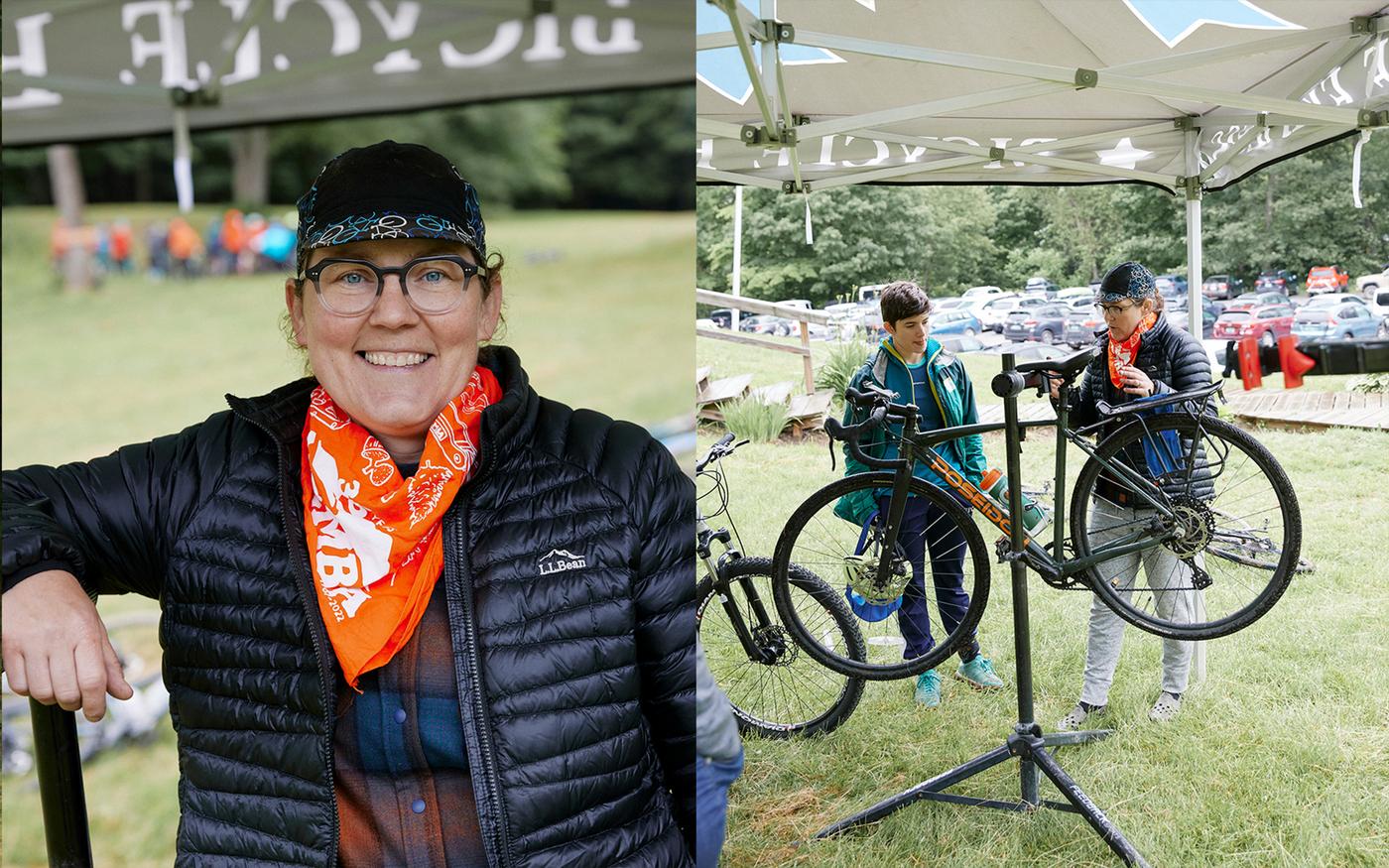 Emily Thibodeau, a member of the Hustle Hive Team based in Boston, MA – (A Femme Trans Women Non Binary team that focuses on off road cycling), was one of the first people we had a chance to meet and her energy off the bat set the tone for the weekend. When we asked her about how she became the owner of her own Bike Shop she shared, “When I was 14 or 15 years old I rode my bike by Southwest Cycle in Southwest Harbor, ME and the woman who owned the shop noticed my interest in bikes and offered me a job for the summer. Ever since then I’ve been trying to pay that intention forward by helping women become more knowledgeable and proficient with how to maintain and fix their bikes. Because the more you can take care of your bike by yourself, the further you can ride and the more confident you feel”.

We spent the weekend learning the stories of the attendees, both the leaders who were there to guide new riders, and folks who were there for the first time.  Across all experiences there was a shared sense of camaraderie, enthusiasm, and cultivating community.

Rooted team member and Diversity and Inclusion coordinator for the Vermont Mountain Bike Association Izzy Johnson shared with us, “It’s been really special this year to be able to host a BIPOC ride – it was really amazing to feel safe enough to even ask to have that space.  I was also part of a talk about increasing diversity in the sport and it is really awesome to see that we are valued here and it inspires me to ask the question, what else can we do to represent more BIPOC people in this cycling community.” While local legend and activist Roxy Bombardier stepped aside with us for one of the most poignant conversations of the weekend where she told us, “As a trans woman going through transition, my bicycle community has been so welcoming, and while I’ve been used to loneliness, self-sufficiency, deep suspicion and death threats as a commuter cyclist, the Gravel and MTB racing scene are like a sort of heaven with a great family. I love being able to help out at events like Rooted to share this love and support with others.  Inclusion within the sport starts with creating a less threatening infrastructure where people are allowed to ride and race in their gender category” 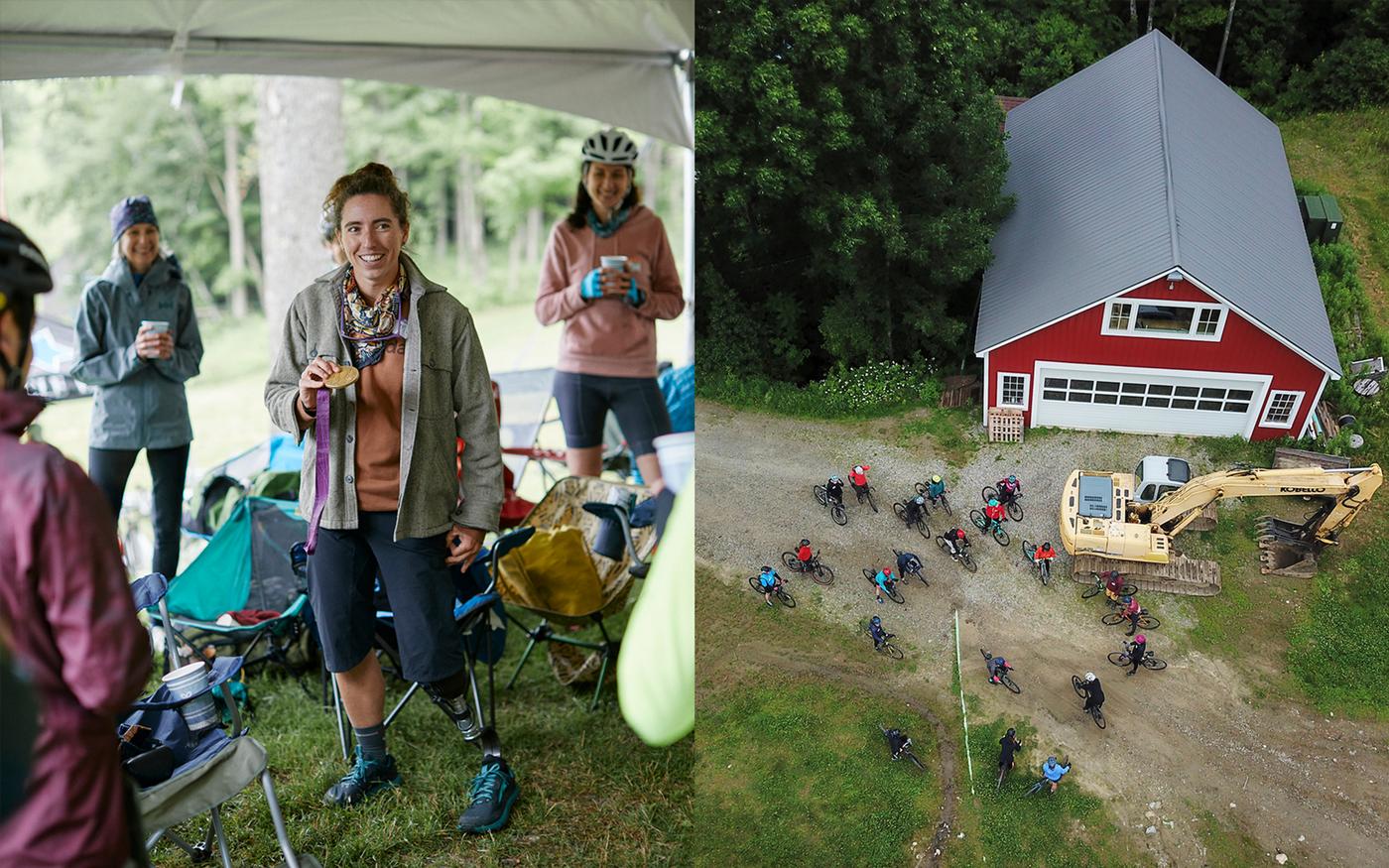 Up on the Cochran’s patio, 4x Paralympic medalist Meg Fisher had audiences laughing so hard they cried, or crying so hard they laughed while she passed around her olympic medals and shared tales from the trails. She’s a pioneering force behind inclusion for para-cycling athletes in gravel and mountain bike racing events and shared, “We are all more capable than we know, and the bike is a great tool for anyone to explore and redefine their abilities and I feel like the challenges we choose prepare us for the challenges we don’t choose. Within the racing scene I believe that people with physical impairments deserve to be recognized as their own category”. 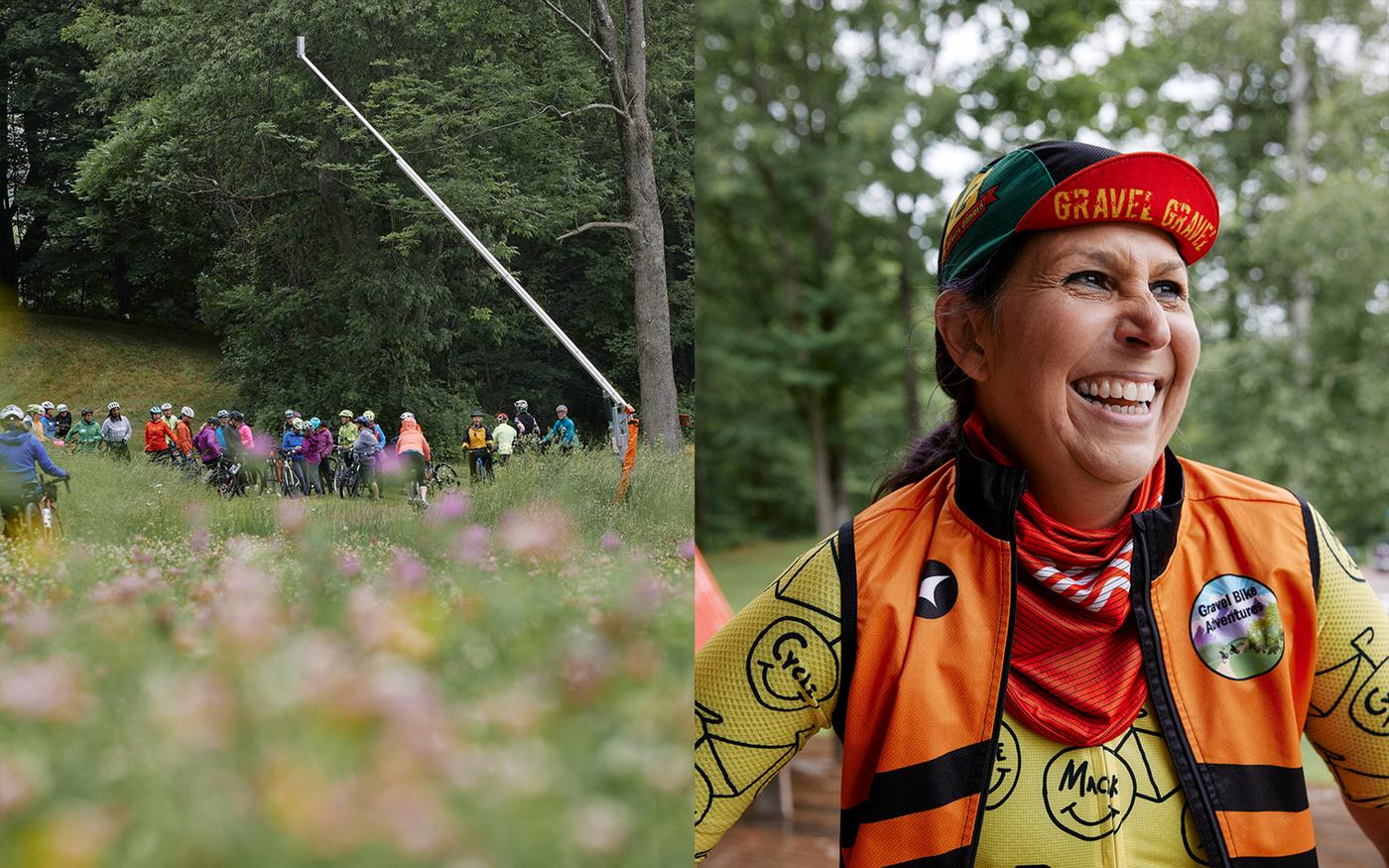 One of the key focuses that the Rooted Vermont clinic has is enabling and encouraging women to create cycling communities where they are from.  Folks like Dora Suarez from Miami, FL who founded Dora and the Graveling Explorers and Devin McQuaig who started The Gravel Collective  from Houston, TX are examples of what this looks like in the real world. Devin told us “I was here last year and the messaging was all about empowerment and growth mindset and if you don’t have the community that you need there is nothing stopping you from creating it yourself. You have everything it takes, you don’t have to be the fastest rider or have the best bike skills, you are enough as you are.” Which left us with goosebumps on our arms and a feeling in our chests that there sure was magic happening here. 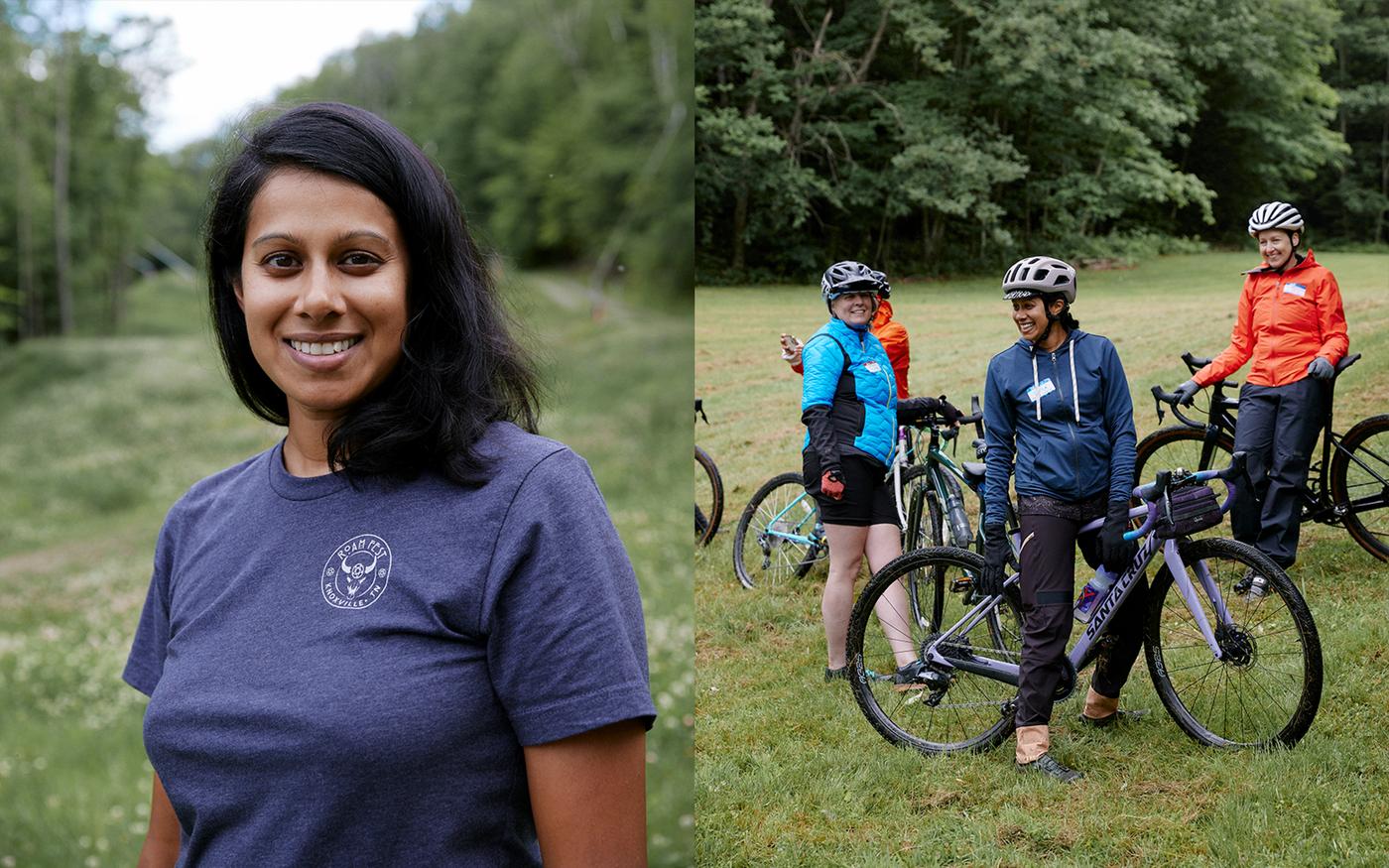 Sheila Mahadevan from Washington DC has taken it to the next level with her local initiative Melanin Basemiles which initially was an effort to get more Black and Brown people into gravel cycling and gravel racing in the DC area and since then has developed into a scholarship program and a racing team complete with a coach and mechanic.  She says of being at Rooted, “It’s awesome to see and meet so many women who are all motivated to do the same thing despite being at different points in our journeys but we’re coming together and supporting one another in meeting whatever goal or objective we have in coming out here.” 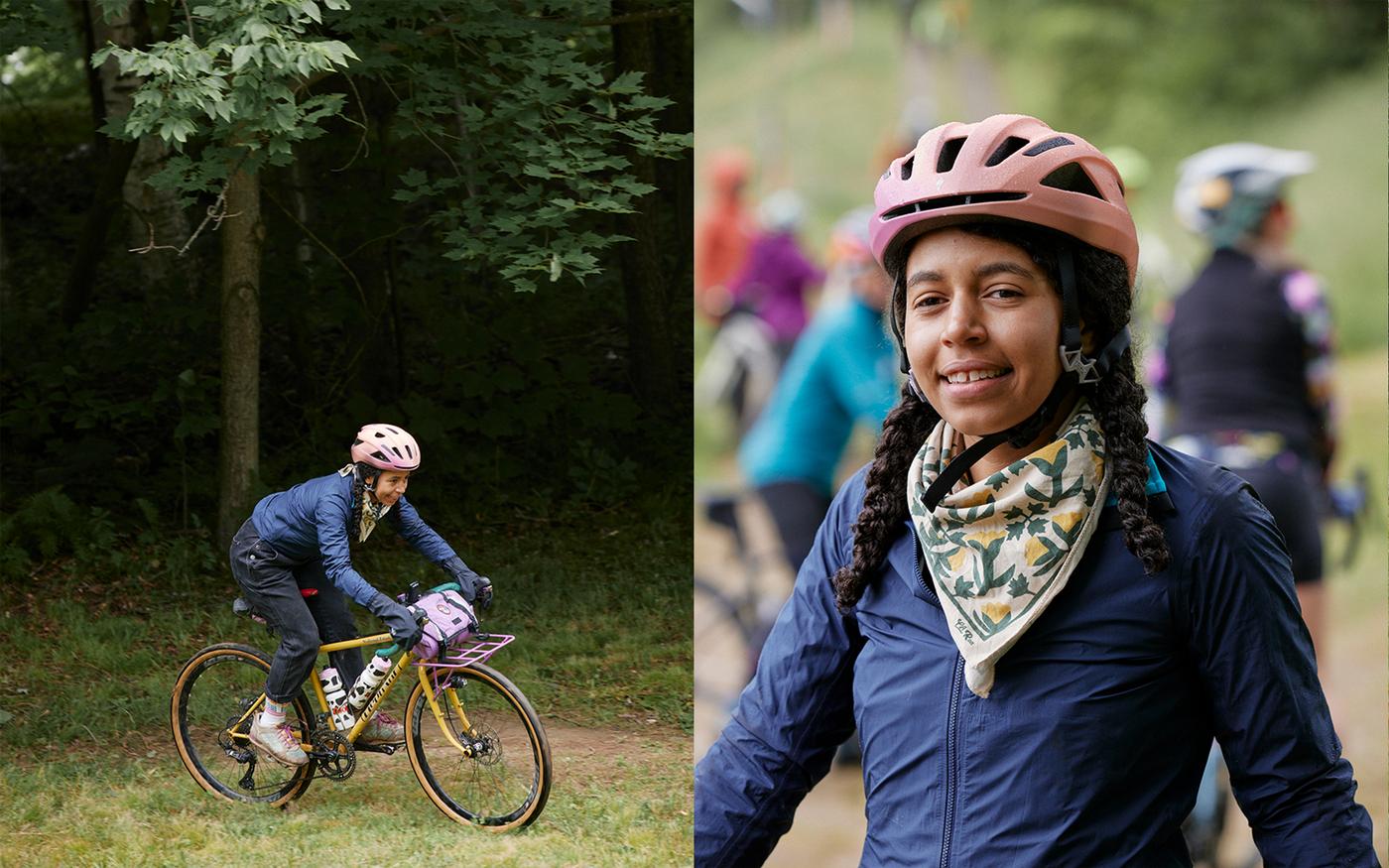 Kai Addae, the coordinator for Radical Adventure Riders in New Haven CT followed up with, “I’m really just trying to bring more people in and build community and have people feel empowered and ride bikes and get all of the joy that bike riding brings me.” 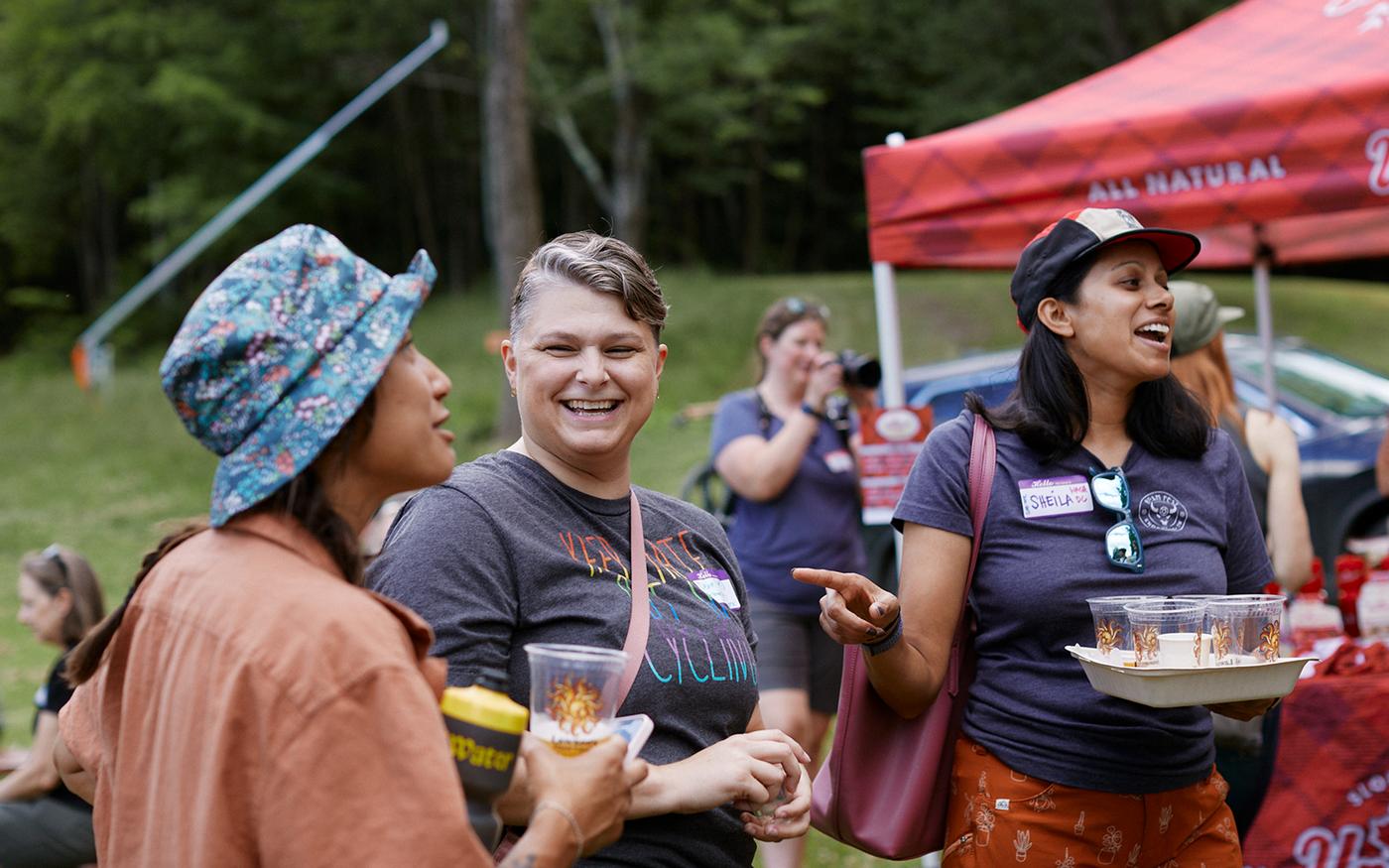 The cacophony of free wheels spinning, the click of gears shifting, and the laughter of the riders fades into the background as the Rooted Vermont Women’s Gravel Clinic comes to a close. When asked to summarize her experience, Emily Thibodeau told us, “This event feels unlike anywhere else in the bike world because Kristin and Laura have set the tone for creating a welcoming community, and I think the rest of the bike industry should be paying attention.”  One can’t help but leave the weekend with eyes open a bit wider, welcoming the possibility of change and growth within their own cycling communities.  With women like these in positions of influence, one can truly believe that the best is yet to come.