For the young men of post-war Britain, the train from London King’s Cross to Aberdeen was not unfamiliar. Hundreds of conscripts were required to board the carriages as part of their National Service. The train would pull away from the platform on a Friday night and arrive at the Scottish coastal city by Saturday mid-morning. Iconic red Routemaster buses exchanged for grey-stone buildings and seagulls. There was the novelty of a Highlands map, marked with unknown Gaelic quantities: Glens, Munros, and Gorms, and excitement for rural air, combined with blissful ignorance of the military enforced misery that lay ahead. Or so the old man told us. Outside the Co-operative convenience store in Torphins, a forty-kilometer cycle west of Aberdeen, he recalled his experiences of the twelve-hour journey, and we compared notes. I described the appeal of pedaling ten minutes from my front door, arriving at King’s Cross, and traveling almost as far north as possible in a single train journey, only to wheel off at the other end and immediately ride out into rolling farmland. As the crow flies, a distance of 618km. In the opposite direction, a little further and you’d reach the French Alps. Why we’d chosen Scotland, I couldn’t remember. 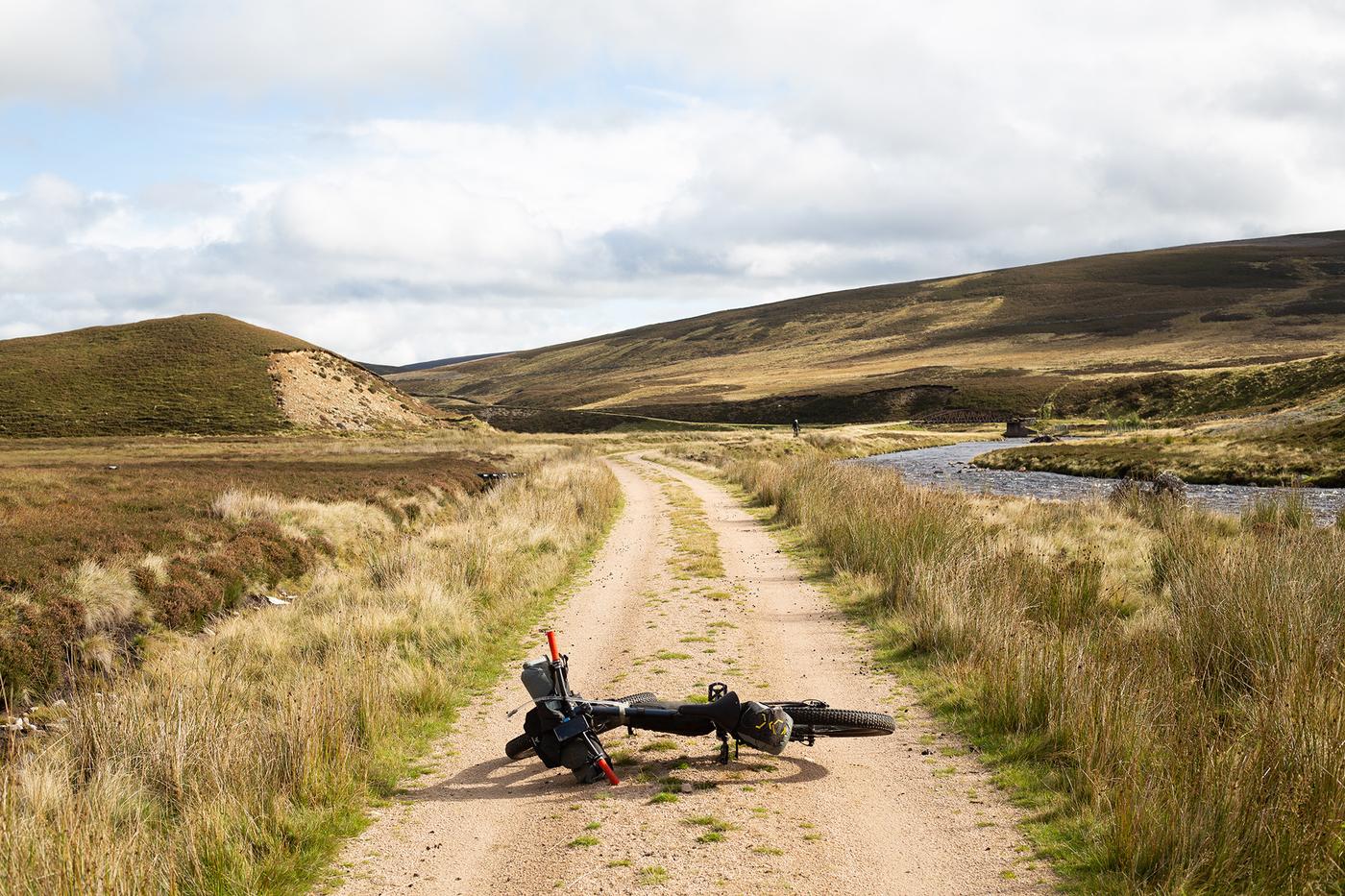 My friend Jonathan and I had planned our trip in the middle of summer, our minds distracted by long evenings and blissful warmth. Every year I’m guilty of this short-sightedness.  There must be a subconscious draw towards that final bikepacking adventure of the year, which requires every ounce of effort and satisfies the appetite until the following spring. We’d chosen the Deeside Trail, a 225km circular route starting in Banchory, which visits the Eastern Cairngorms via a mixture of remote forest trails, fast estate roads, and technical singletrack. With a weekend forecast of single-degree temperatures and horizontal rain, it looked more than enough. By the time we reached Stonehaven to begin our cycle, the sun was dipping towards the horizon, and winter’s chill was creeping in. 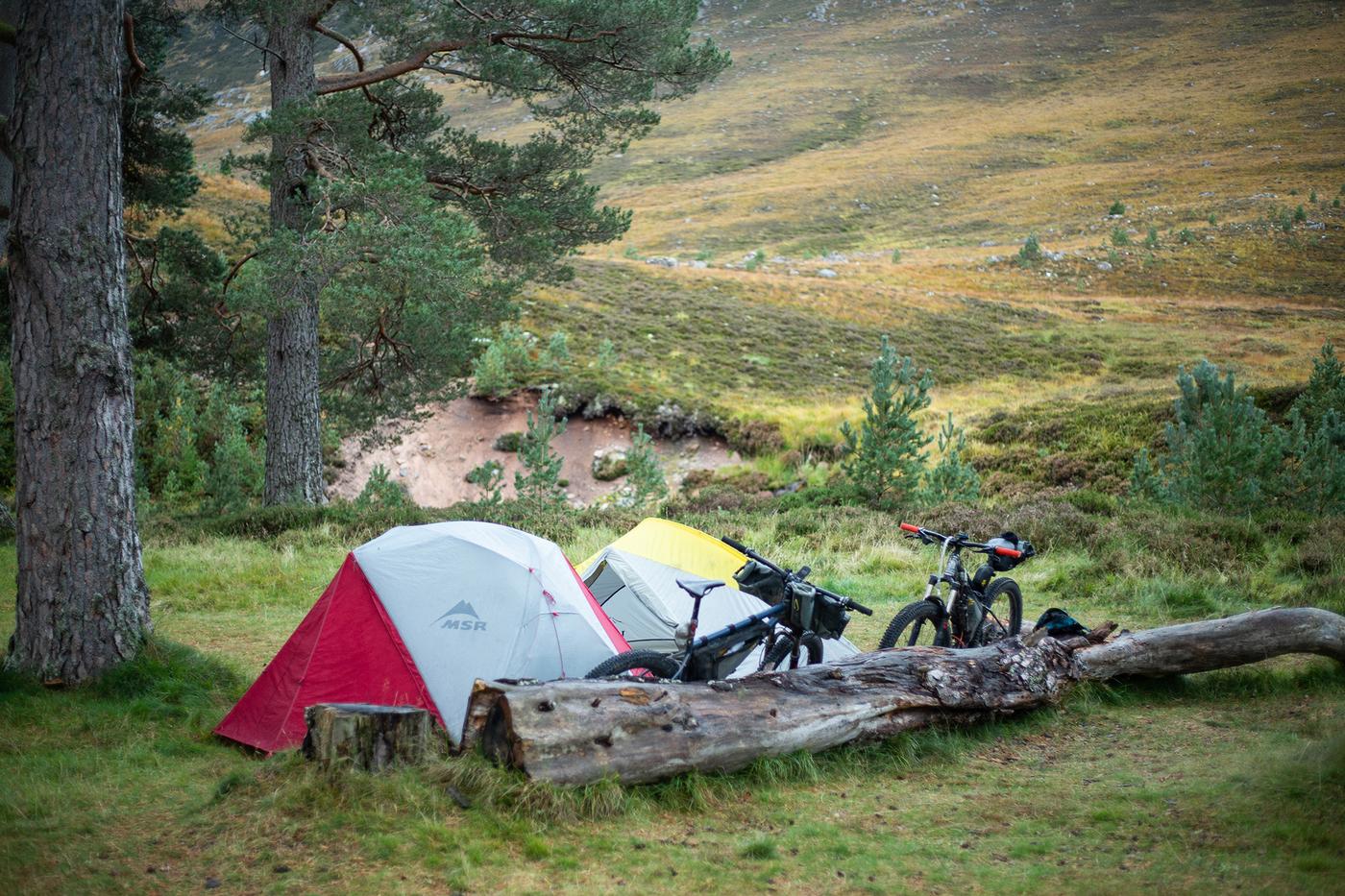 We raced sunset towards Banchory, before pitching our tents in a conveniently located wood, just metres off our route and less than a kilometer from the pub. It was my first enjoyment of  Scotland’s Right to Roam law; I appreciated carb-loading on fish and chips in the knowledge that I  could return to my tent without worry. We detoured via the shop for a full re-supply and arranged our packs with various snacks, ready for the trails. 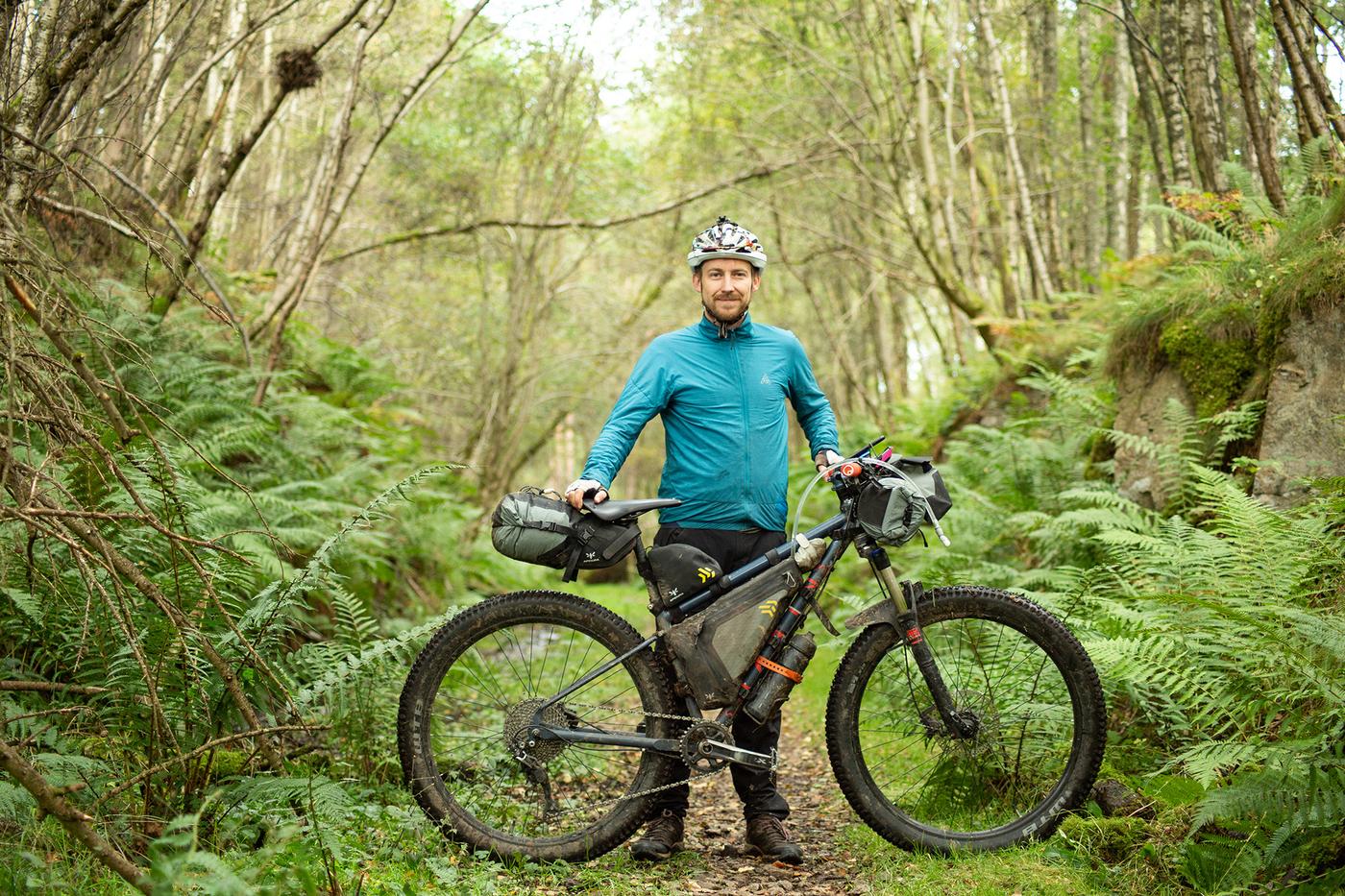 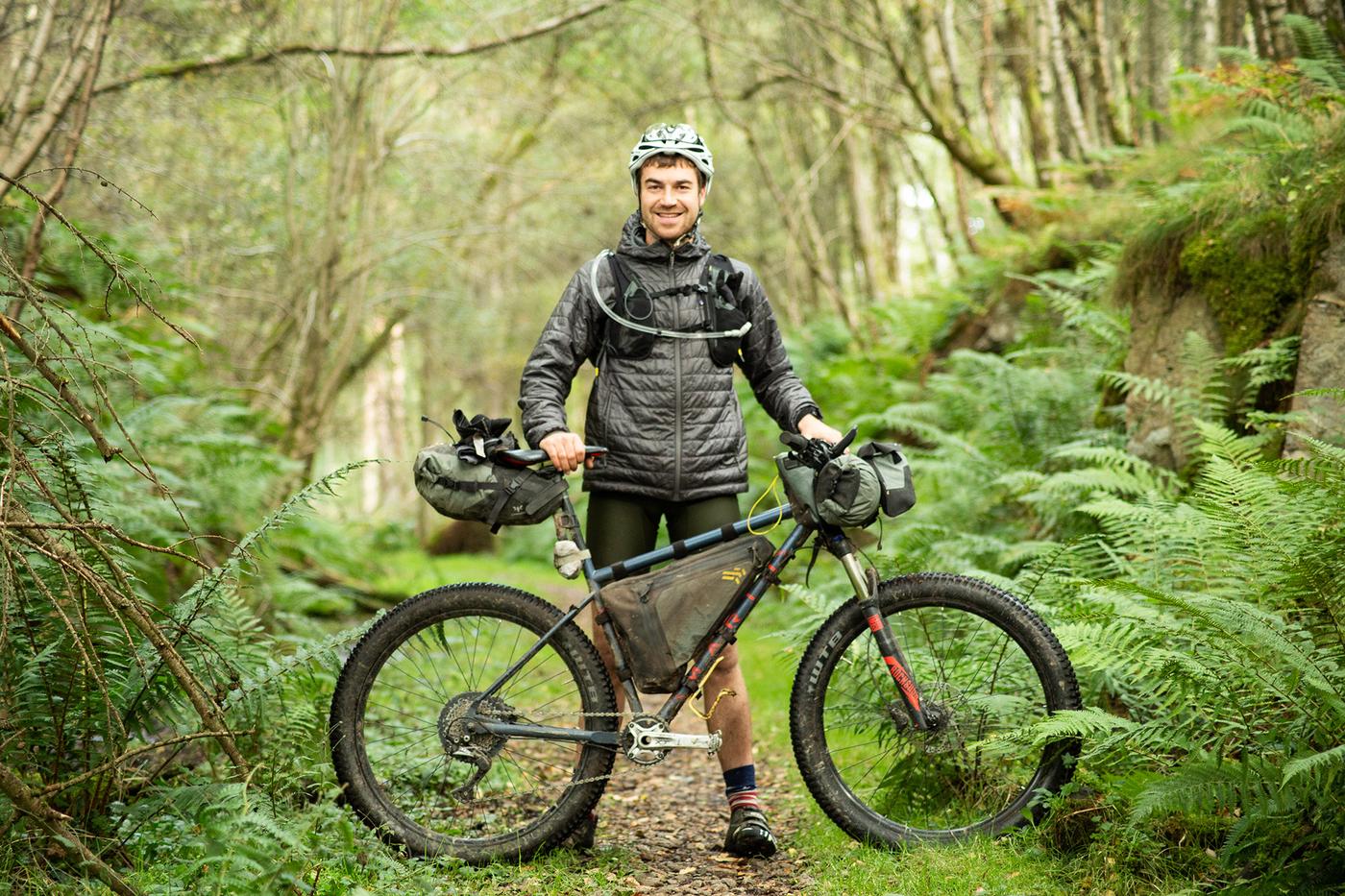 My vision of the Cairngorms was guided by the usual catalogue highlights of bikepacking imagery: a panoramic landscape with inviting singletrack etched into it, wispy clouds lingering amongst dramatic peaks, and blue skies reflected by flowing rivers. As always, I had carelessly glazed over the less captivating shots in between. I’d also forgotten what October often brings: the likeliness of a damp morning start, dulled by grey skies and a bitter wind. As we left Banchory at  8:00 am, my expectations made way for reality. 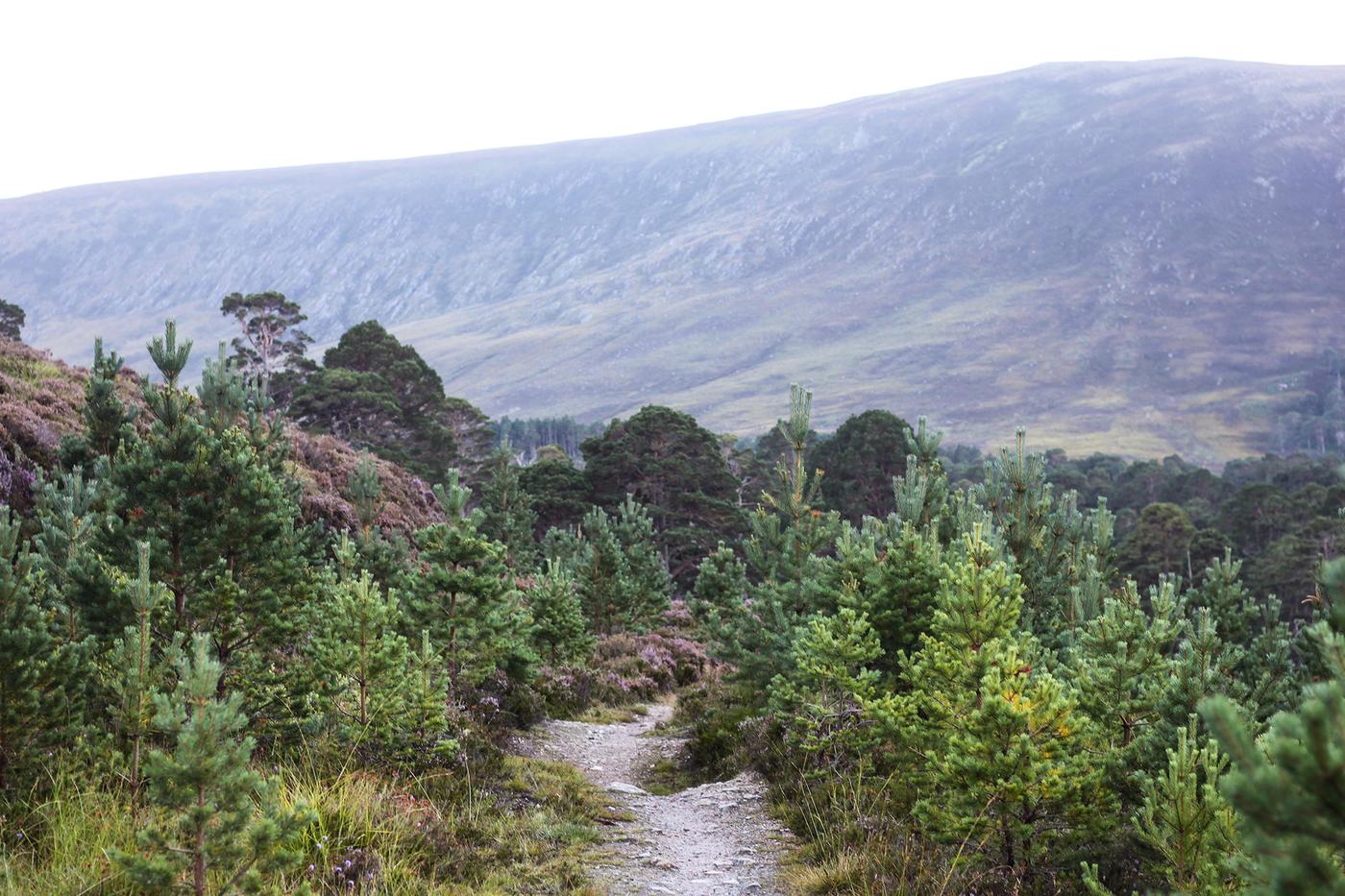 By mid-afternoon, six hours riding had dented any sense of pride. Sheltering from the storm under a public building in Ballater, we watched with envy as sodden ramblers piled into warm coffee shops to escape the rain. Conscious that the day’s third big climb stood before us, we consoled ourselves with a takeaway cheese and onion slice and began to unpick various feelings of guilt and failure. 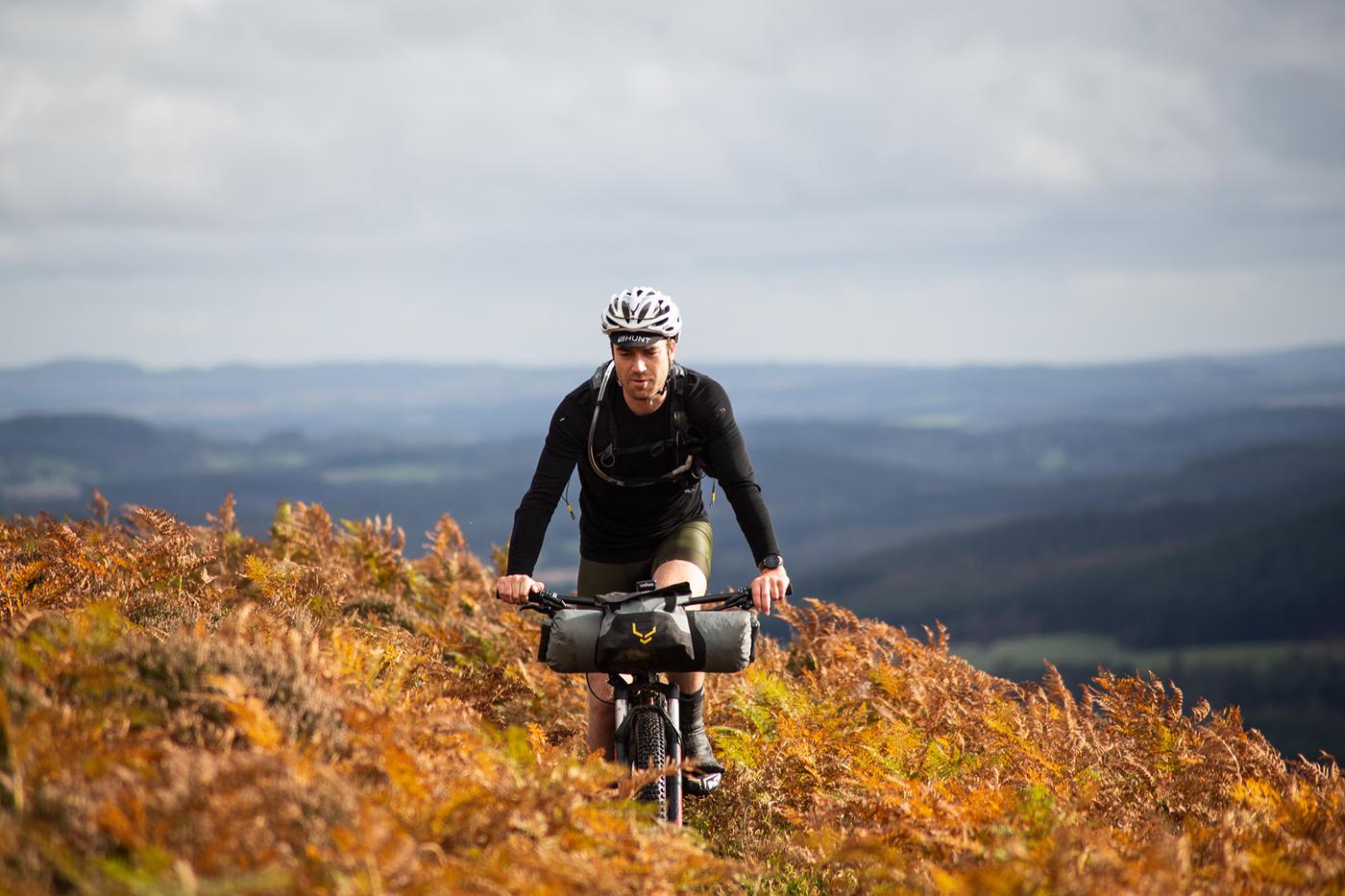 Jonathan – a TCR finisher and round-the-world tourer – wasn’t at ease with short-cutting the ‘official’ route. Being less versed in self-inflicted cycling discomfort, I didn’t have a problem with this idea, and I managed to persuade him. It struck me that whilst the two of us had both raced and ridden together a few times, this was the first that I’d shown any sort of decision-making capability,  and as we cruised along the main road, quickly arriving at the second evening’s camp spot, it seemed  Jonathan was reluctantly grateful. 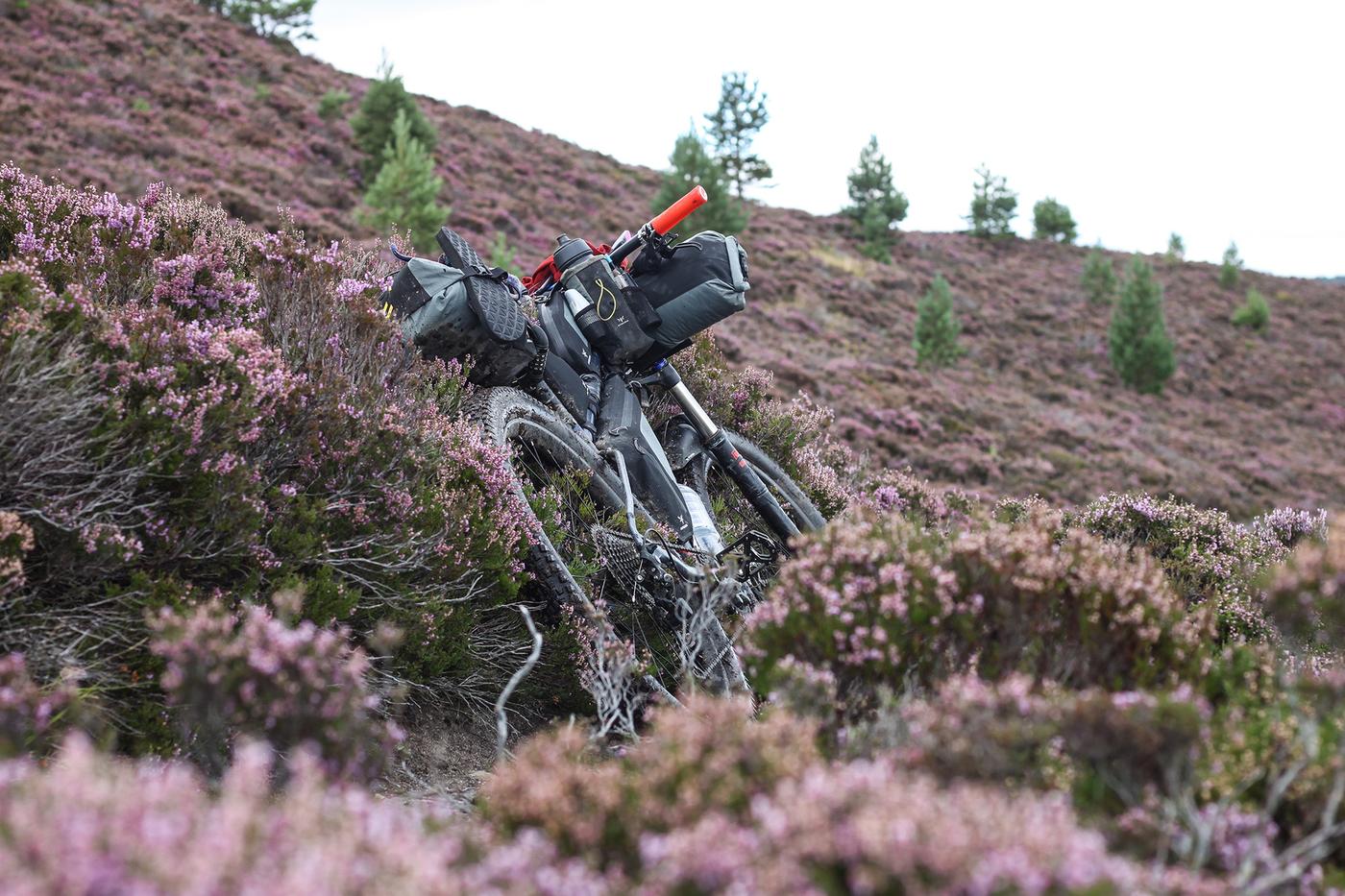 By morning the unpredictable weather had passed through. The air was still, and a soft light cast itself across the purple bloom of autumnal heather. Buoyed by some porridge I was optimistic for the day ahead and relaxed by the prospect of some flat riding on the other side of a fast descent.  But it was not long before, once again, expectation gave way for a bleaker reality. This type of route  – drawing inspiration from the likes of the Highland Trail 550 – required a different approach to mountain biking than I was familiar with. It involved unforgiving terrains and hour-long periods of pushing. Grassy climbs, ankle-deep bogs, and steep rocky descents. Already relentless, the day was made far more difficult by watching Jonathan shrink smaller into the distance. 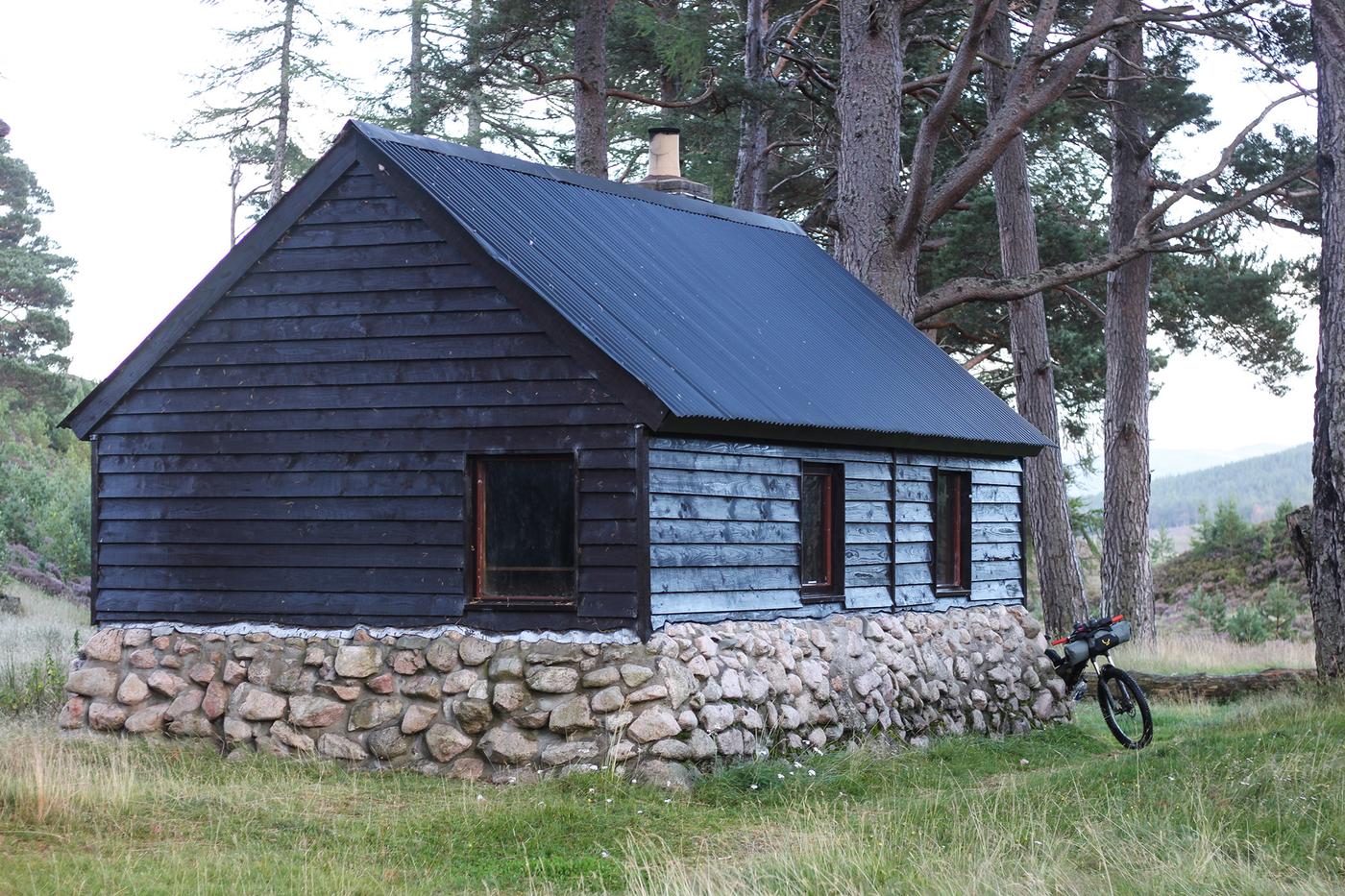 The Deeside Trail is a well-routed loop for re-supply, and it was not long before we were in Ballater again. A day had passed, and I felt entirely dismantled by some tough riding. Jonathan had his moment too. As we approached the final climb of the day I began to frantically push ahead, and his curses were lost in the howling wind. It was dark by the time our tents went up and tiredness reduced the conversation a little more than “sleep well, see you at 7:00 am.” The final morning was relaxed by comparison. We started to roll back towards the coastline,  enjoying some mountain bike park trails and stretches of Sustrans tarmac along the way. Coming down from the Cairngorms plateau I began to reflect on our few days. This part of the UK promised to be something that few areas still are – wild. And it had delivered. For an end of season trip, neither of us could have asked for more. Like a bikepacking badge, our gear had collected mud from another corner of the UK, and 270km of challenging riding had humbled our legs. 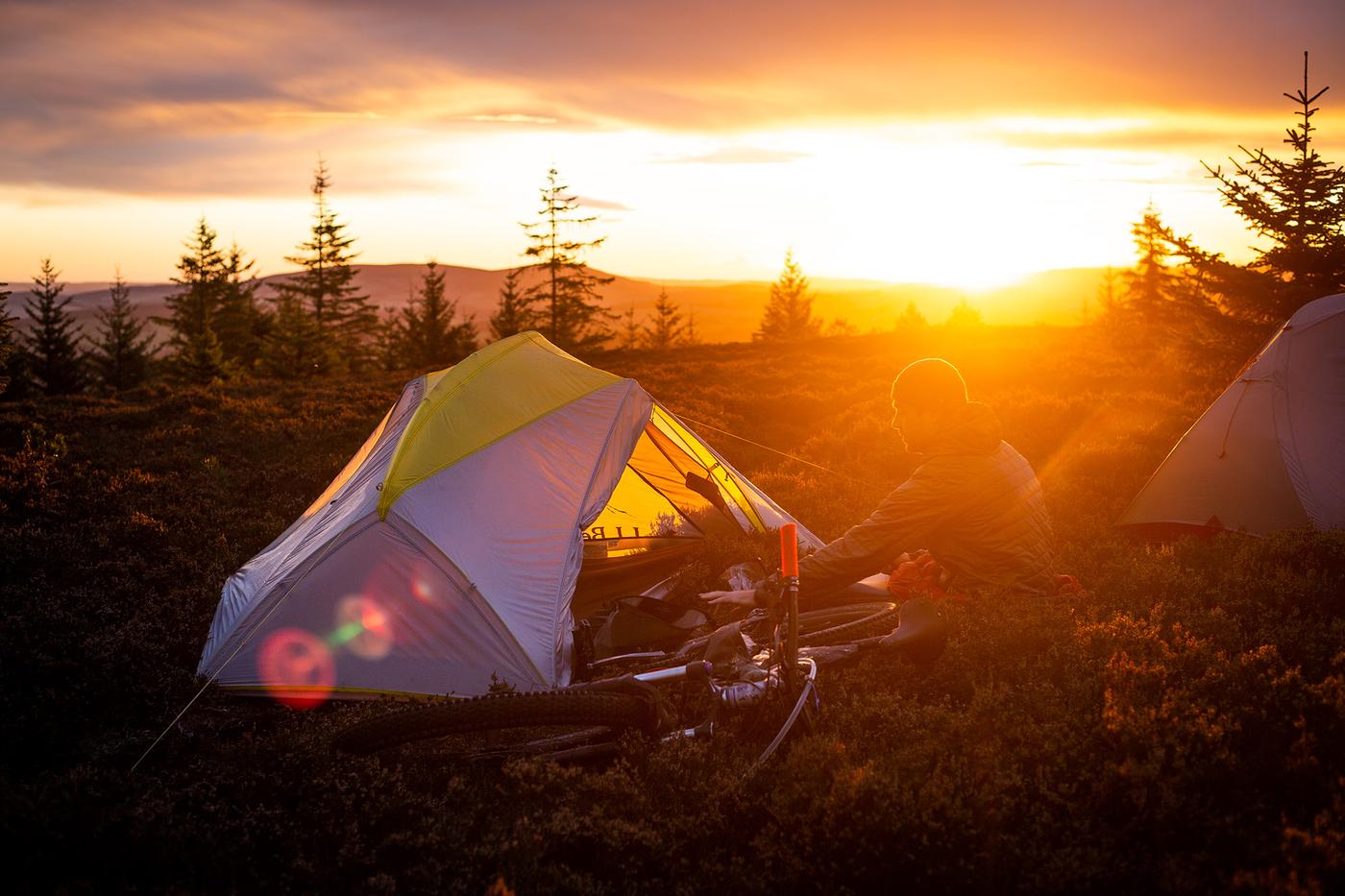 Just as we’d hoped, the urge to empty the tank was satisfied; it had been miserable enough to park any grander plans for the winter, but just enjoyable enough to make sure all expectations would be misplaced again the following year. As the elderly Scottish man in Torphins had predicted, “the moment you arrive at  King’s Cross, you’ll long to be back here.”