Ride Along: Garrett Kautz from Strawfoot

Ride Along: Garrett Kautz from Strawfoot
Words and photos by John Watson

Strawfoot is one of those companies that has gained a lot of momentum over the past year in the cycling industry because of social media and word of mouth. While Strawfoot is a bag company, they’re most known for their socks. I was first introduced to Garrett from Brian Vernor last year, when I visited his small shop in Santa Cruz.

Over the past few months, Strawfoot has grown. They’ve moved to a bigger shop, are sponsoring a cross team and yes, he’s continued making socks, which sell out almost immediately… 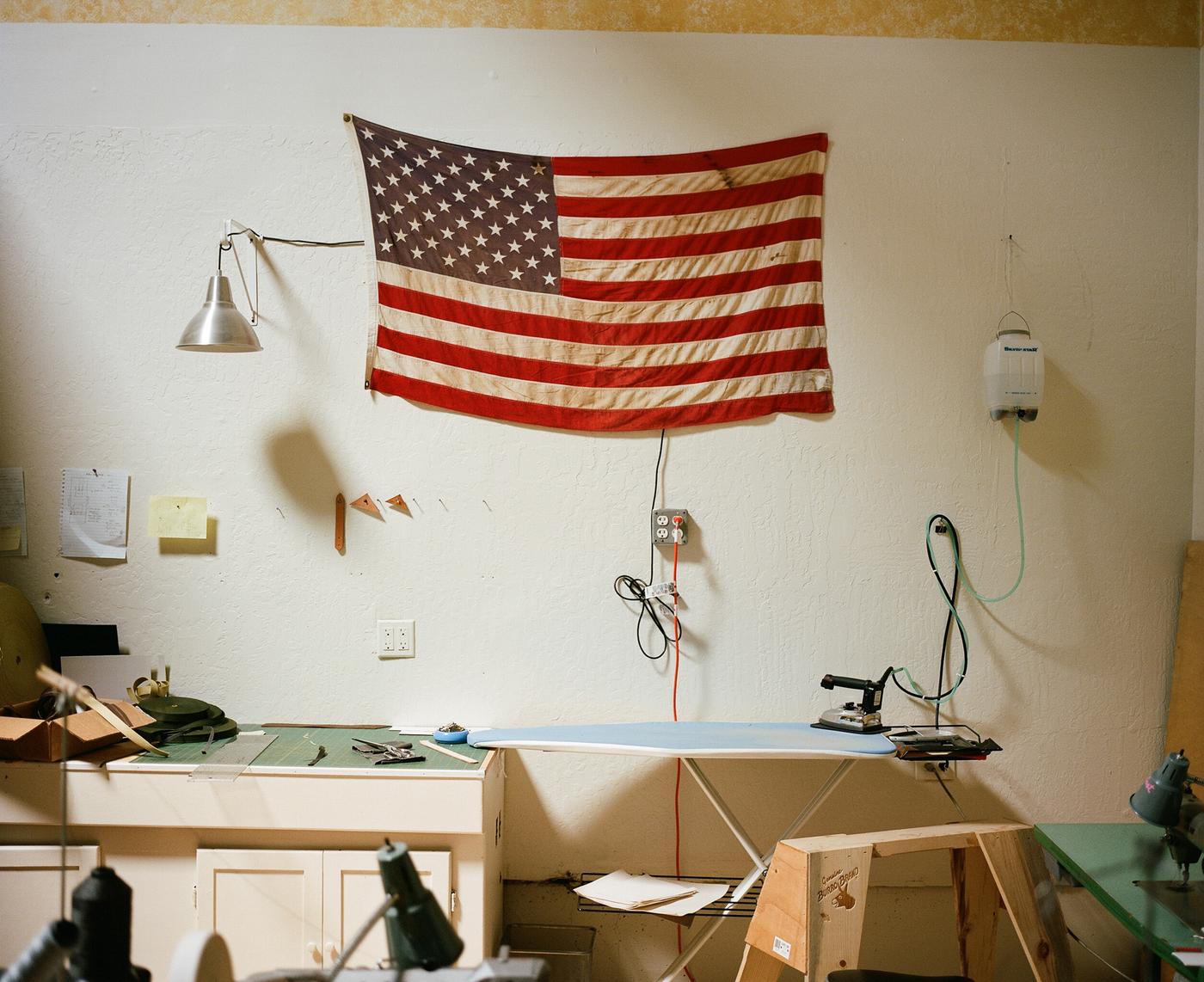 The Radavist: Over the past year, I’ve watched Strawfoot grow as a company, but what did you do prior to that?

Strawfoot: I was raised in a farming family in the middle of California and studied Agriculture in college, but became jaded by corporate Agribusiness. I moved to Australia to farm and subsequently chased a girl from there to Santa Cruz. Sewing was something my grandmother taught me and it seemed instinctual, practical, but I never viewed it as a business opportunity. Somehow, I’ve been selling bags for five years now and it still seems crazy that I’m able to do this for a living.

The Radavist: Aren’t there enough handmade bag companies out there? How do you perceive that you’re different? What do you offer that you feel many don’t?

Strawfoot: There are plenty of bag companies out there, too many probably, but most folks have their own market or niche. When I started selling bags in 2010 there were only a few of us who were making similar designs with waxed canvas, copper rivets, etc. All that changed around 2012 and I’ve seen a lot of small-scale manufacturers making similar products, but you can recognize a difference in quality and functionality with ours. We try to stay true to designs and fabrics that we know will work well and will last. 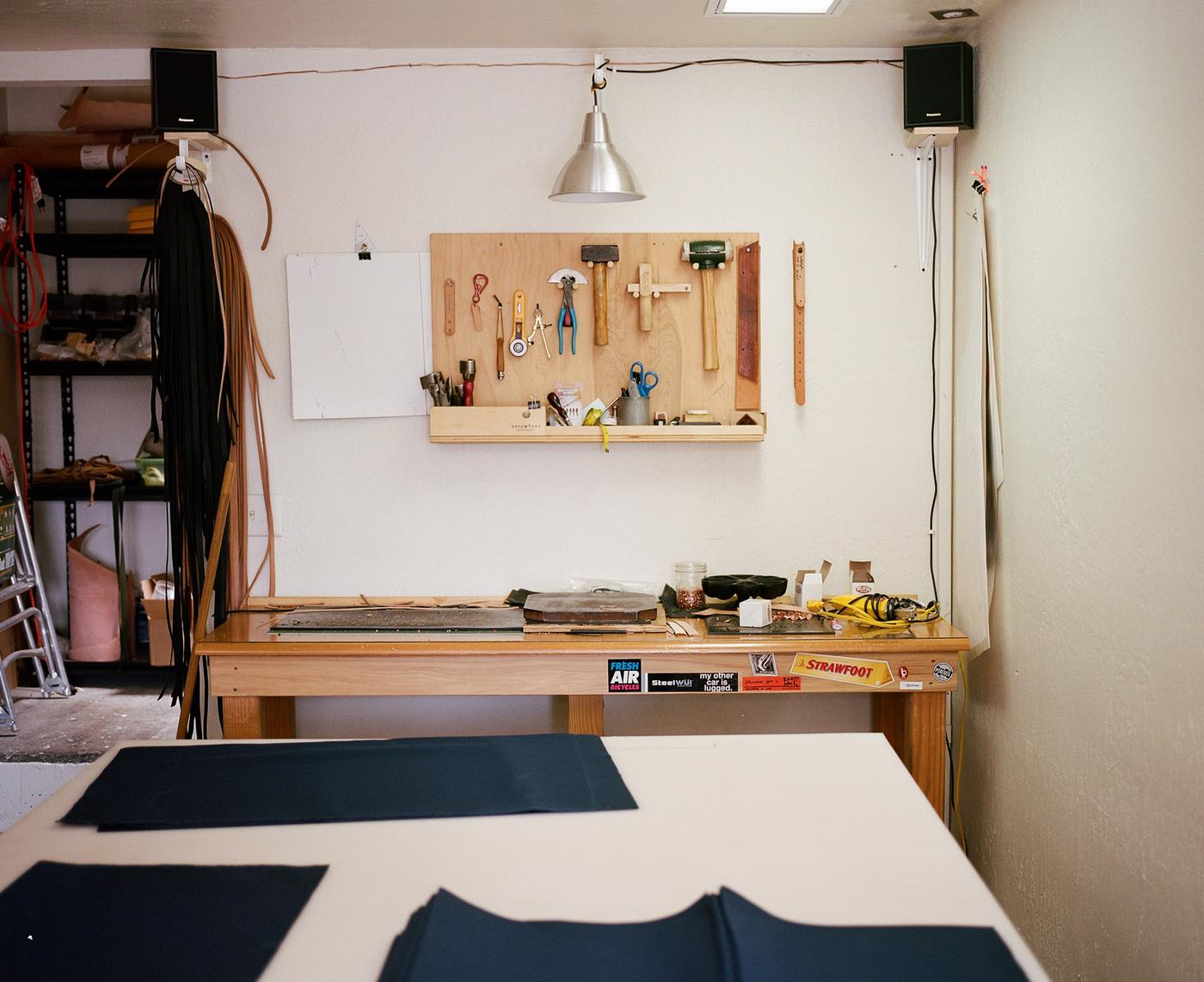 The Radavist: Socks are so hot right now, tell us about your latest design…

Strawfoot: The sock game is funny, weird, and awesome. We designed some simple socks in the summer of 2012 with the intent of offering a small batch of USA-made wool socks to accompany the bag line, but it turned into a different beast. I think we have done fifteen different socks with Defeet now and couldn’t be happier with the results. The Neapolitan sock is something I’ve wanted to make for a long time, but I wasn’t sure how to utilize the pink wool from Defeet.

We love summer in California, especially eating ice cream, and the color combo just fit. Luckily, Sean Talkington from Team Dream hooked me up with James McClung in LA and he illustrated the ice cream sandwich sticker and script that accompanies the socks. I can’t stress enough how instrumental the friends we’ve made have been to the development and success of Strawfoot.

The Radavist: You’ve got a few Hunter Cycles, which is your favorite? Clearly that DJ is an impulse buy!

Strawfoot: Yeah, I have three Hunters and a cyclocross race rig from Rick on the way. At this point it’s getting ridiculous, but I have a very understanding wife…What’s not to love about a hobby that inspires you and keeps you healthy?

I love my disc cross bike from Rick. It’s the bike I would keep if I could only have one because it fits great and can pretty much go anywhere. The Gopher (Rick’s pump track bike) was an impulse buy for sure, but to be honest, I grew up racing BMX and motocross and ripping around on it settles my desire to race motorcycles again (clearly, something I need to avoid).

The Radavist: I imagine living in Santa Cruz can feel small, what do you do to widen your scope? Keep connected to the world?

Strawfoot: Luckily we live near San Francisco and we get our fill of city life from time to time. Santa Cruz is a funny town, but we’re fortunate to be able to ride amazing trails from our doorstep and still jump in the ocean. It’s hard to feel connected to a bigger world sometimes, but in the age where everyone is synced through the Internet, it’s nice to have a small community that you can rely on.

The Radavist: Where’s your favorite place to ride in Santa Cruz?

Strawfoot: I ride Wilder Ranch and around UC Santa Cruz the most because it’s the closest thing from my shop, but Big Basin State Park is my dream spot. It’s far enough from us and really beautiful. Whenever I can plan a whole day out on the bike, it’s the first place I think to ride.

The Radavist: What’s next for Strawfoot?

Strawfoot: Who knows! My wife and I have a new baby and life has currently been turned upside down. It’s great though. Instead of worrying about new designs or chipping away at my work list, I’m changing diapers and trying to plan new hikes to take baby Olive on. I don’t feel bad about it at all…but we do have some fun stuff happening. We’re making tool cases for Oakley MTB mechanics, new cycling accessories and some collaborative Fresh Air-Hunter cyclocross team socks. Look out!